This architecture proposal was designed by Leonidas Papalampropoulos to transform the initial monumental central terrace into a complex of plateaus ("islands"), an archipelago. 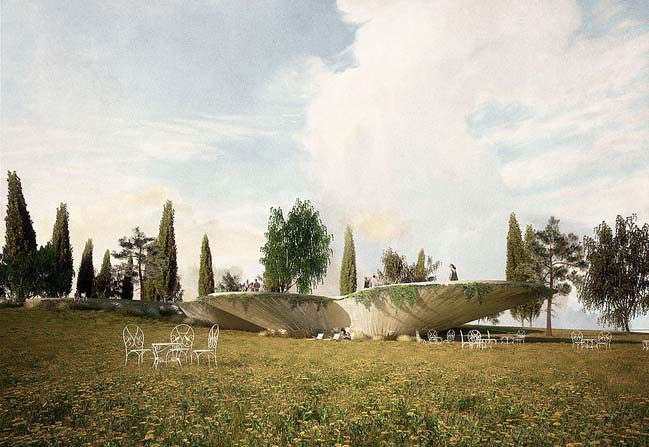 Project's description: The meteorism of the observer's gaze between the entropic landscape of the ancient Hietionian Gate and the imposing mega-scale of the port defines the starting point of the project. The central space from which the individual perceives the structure of the city he lives in (or visits) presents the potential of articulating a space of symbolic significance, able to define the collective imagination. 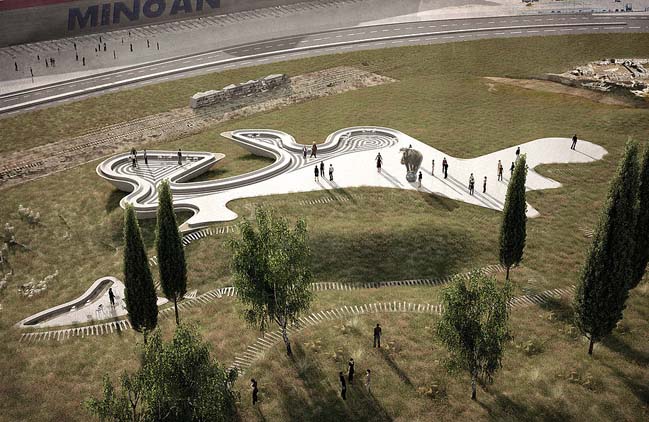 The urban terrace was recognized as a typology that could describe the above condition while providing the framework for the emergence of the public sphere, thus turning the passive observer into an active member of the city's collective body.

Through the references of the ancient greek plateau of the Pnyx and Gaudi's design of the park Guell, the terrace acquires two qualities:
located on the city's edge, it becomes an empty democratic space, open to multiple interpretations and a public space that allows the formation of private micro-environments, while it offers to the observer's eye access to the city's structure and image, thus shaping the collective urban imagination. 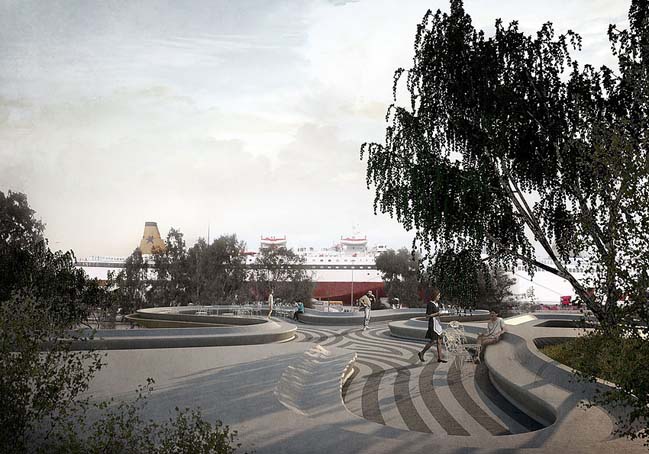 Five islands of varying scales are created (a, b, c, d, e) with undulating shapes ("shorelines") in order to allow the creation of micro-conditions.
Plateau a: the open air school refers to the process of learning in the outdoors
Plateau b: the lounge is the main recreational space that also hosts the cafe
Plateau c: the summer theatre Rex has a transforming stage suitable both for projections and performances
Plateau d: the viewing balcony
Plateau e: the main meeting-assembly space, opposite the archaeological site. 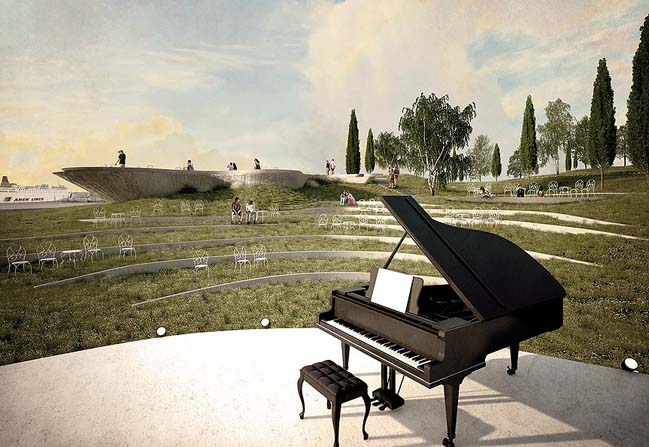 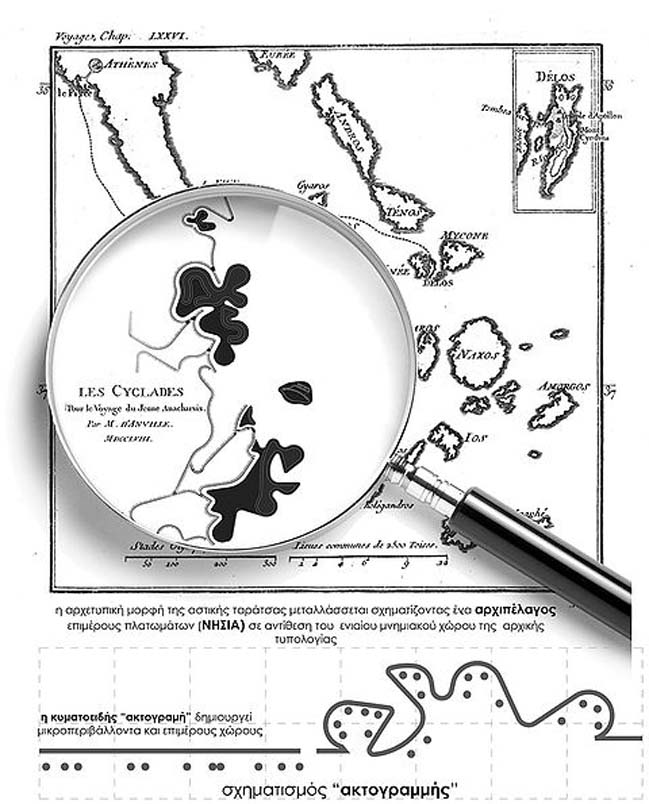 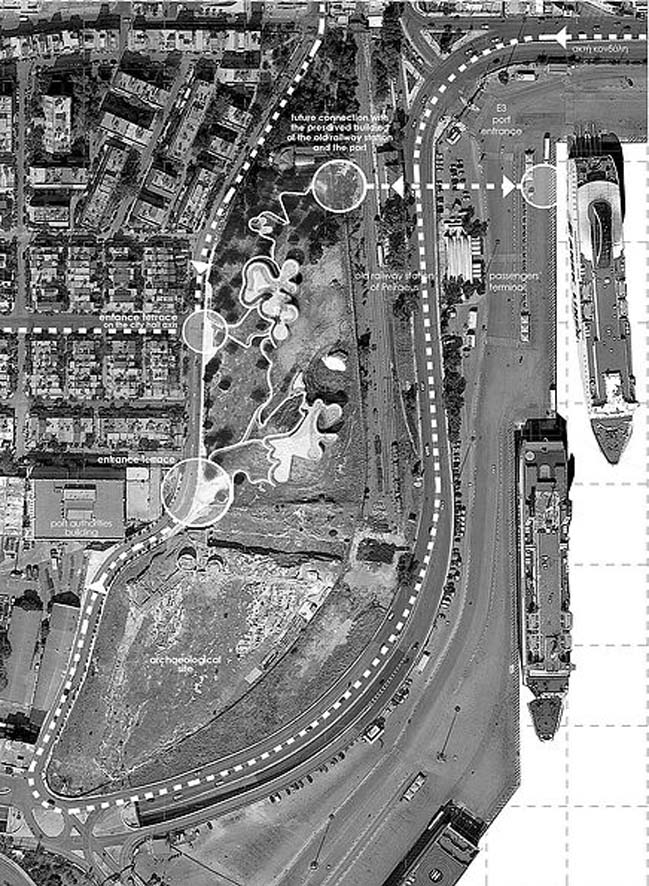 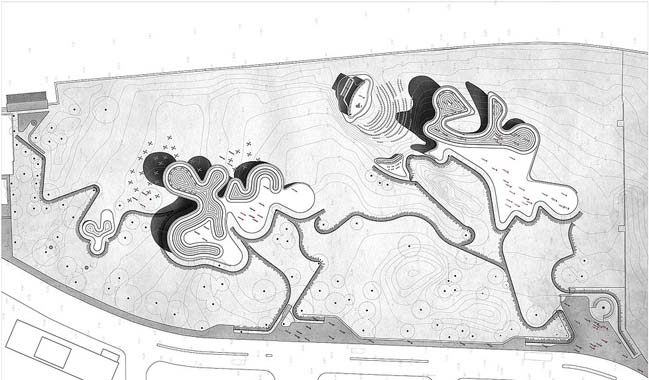 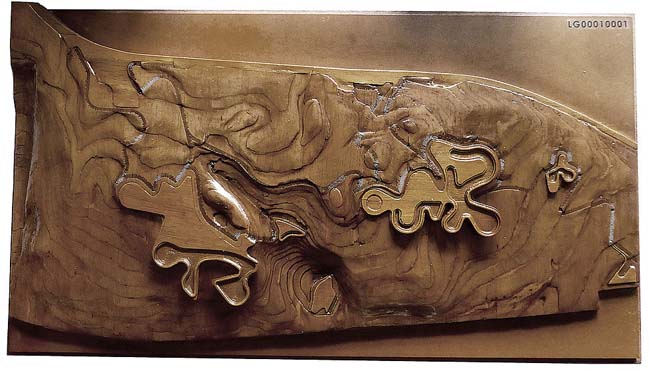 01 / 23 / 2017 Leonidas Papalampropoulos transforms the initial monumental central terrace into a complex of plateaus (islands), an archipelago... 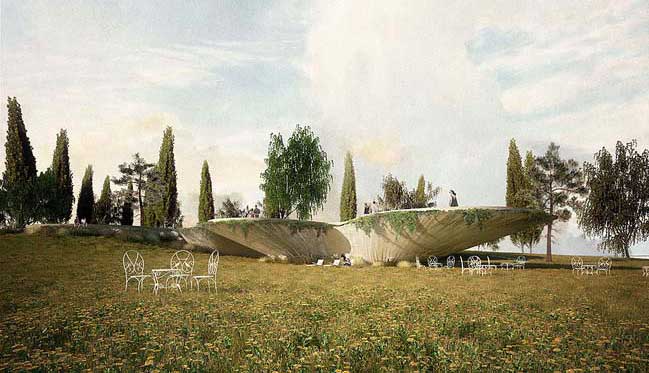