It was in 2007 when Turf Design Studio with Jeppe Aagaard Andersen was commissioned by Frasers Property to reimagine the public domain of the Carlton United Brewery site. Within the context of highly collaborative design workshops in Sydney, London and Paris, TURF conceived an expanded and interconnected network of new places - streets, lanes, parks and plazas; each unique yet forming a whole greater than the sum of its parts. The site offered immense possibilities; at the heart was the former C&U Brewery, surrounded by a built fabric of some of Sydney’s oldest workers’ cottages, terraces and warehouses. As landscape architects and urbanists, how could we reimagine and build on the site’s unique story and make a new Sydney place? 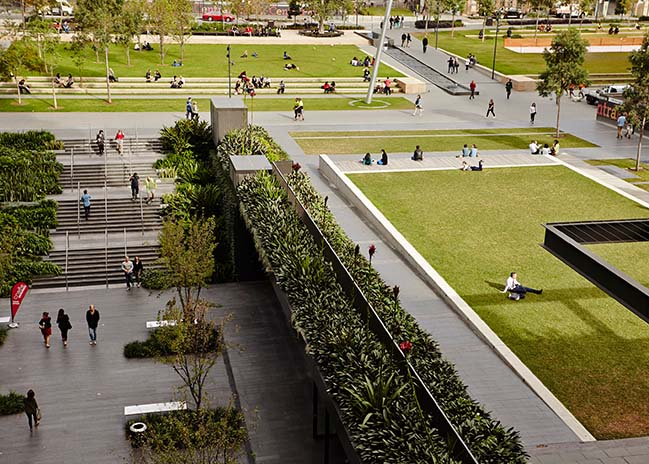 Central Park’s public domain exemplifies how a well-considered and legible public domain framework can both unite a site and restitch a city. At the heart of the site is Chippendale Green; a north-facing park of terraced, sun drenched lawns tucked away from the frenetic pace of the city. 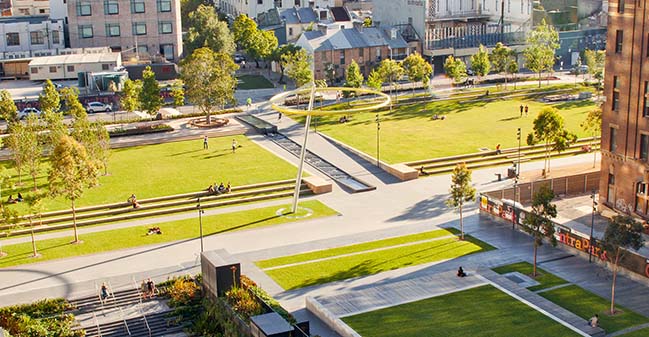 A large public park was always central to the masterplan intent. Orientating the park’s long axis with the frontage of existing Chippendale terraces proved vital in creating a place of meaning and connectedness for the community. The park is set back from Broadway - creating an intimacy rarely achieved by a park of this size within a CBD. 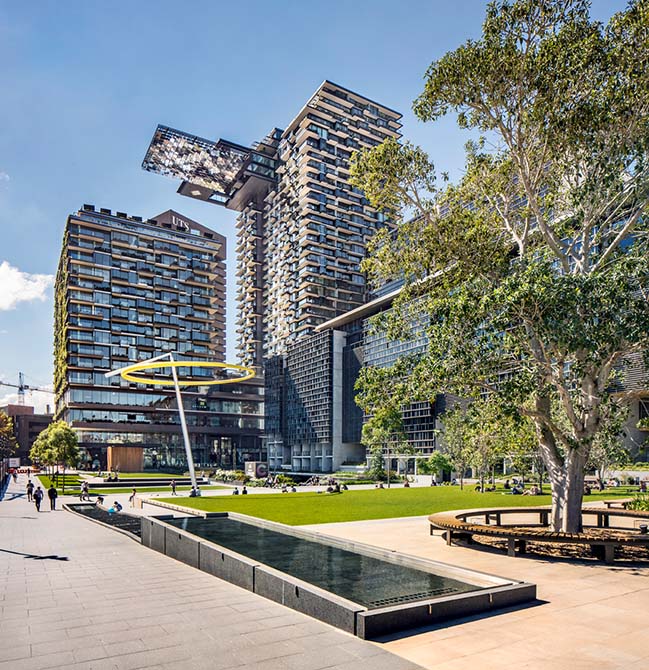 TURF has conceived a new city precinct, delivered via an expanded and interconnected network of new places; streets, lanes, parks and plazas - breathing new life and vitality into inner city Chippendale. Central Park’s public domain design meets the challenge of forging a robust and intelligent public domain that serves the local community and the city as a whole.  Since opening in 2012, Central Park has quickly become a much-loved new addition to city life. From the everyday dog walk or yoga class, to hosting bi-monthly markets and numerous annual major events, Central Park has been embraced by the community at all levels.  At the heart of the site, a precious family heirloom, the state heritage listed C&U Brewery building will soon be completed; transformed into a bustling mix of market, community and creative work places. 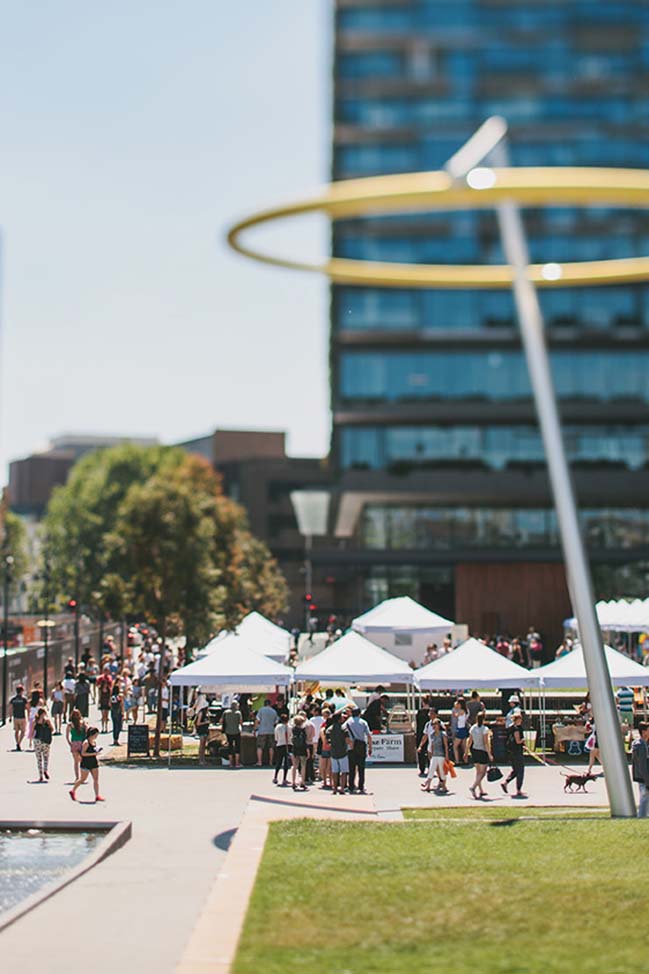 There are many projects that begin with an objective for excellence that grow weary with time and produce outcomes that are a mere shadow of the initial intent. Central Park has stayed true to its original vision; to be an urban precinct the world looks to for inspiration. 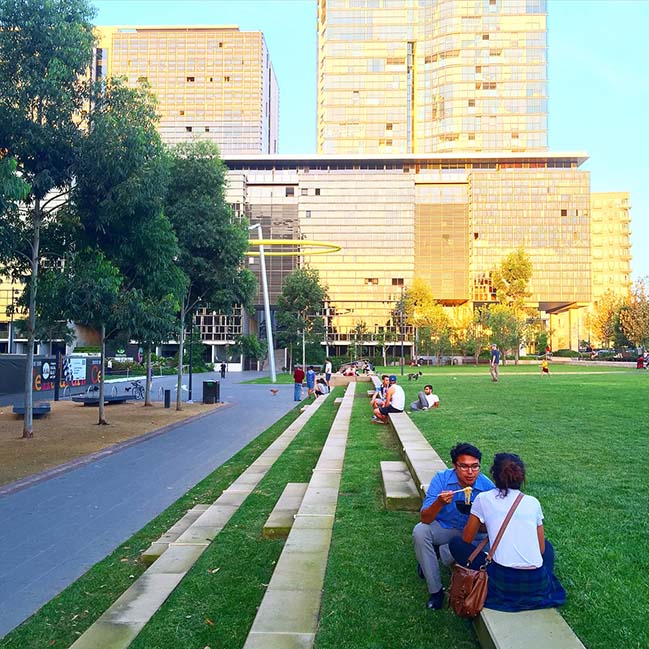 In its detailing, the Carlton & United Brewery’s sandstone and bricks feature in the terraced lawns and flow into the shared laneways. The old is celebrated and juxtaposed with new architectural forms, exuding a relaxed yet richly connected sense of place. Through-site links connect Broadway and the city to Central Park and onto the laneways of Chippendale once blocked by the Brewery operations. 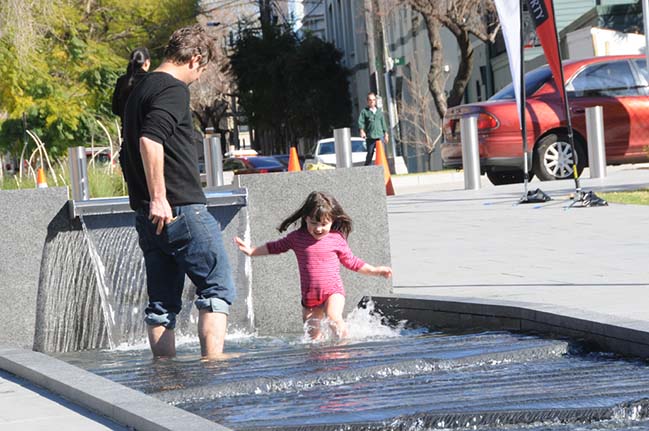 Sustainability is at the core of the Central Park mission, including minimum Five Green Star Certification and the achievement of carbon and water neutrality over the life of the project. It was critical that every stage of the development process embraced these sustainability principles, striving for innovation and measurable achievement in sustainability. 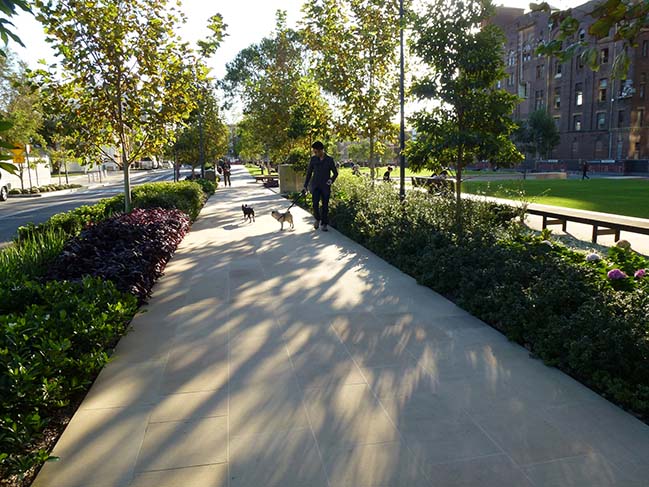 Furthermore, the size of the development provided a rare opportunity to explore a variety of initiatives and innovations for a truly world-class sustainability outcome, moving the development towards a 6 Green Star rating. 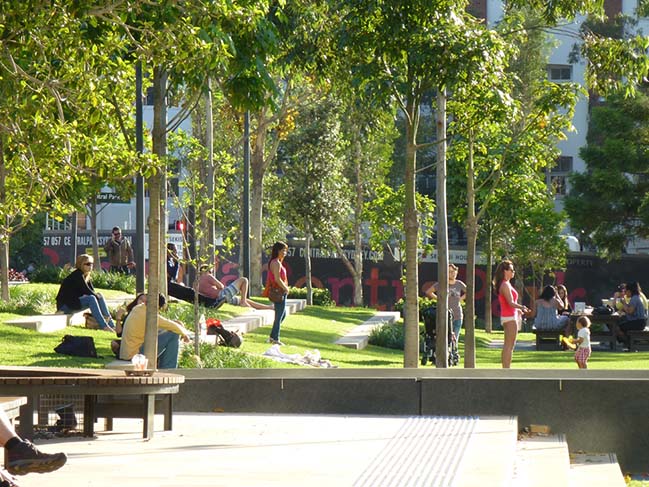 Twelve years on TURF has played a formative role in the creation of an entirely new city precinct delivered via 12 major public domain and building projects including: Stages 1 & 2 Infrastructure Works, eight new streets, Chippendale Green, Chippendale Walk, Park Lane, seven thru-site pedestrian links, One Central Park, The Steps on Abercrombie and the Kensington Street precinct.  Now almost complete, the mix of 4200 residents and 1200 workers, supermarkets and cafes makes for a vibrant new urban village breathing new life into what was a baron and desolate stretch of Broadway, while adding to the energy and vitality of inner-city Chippendale. 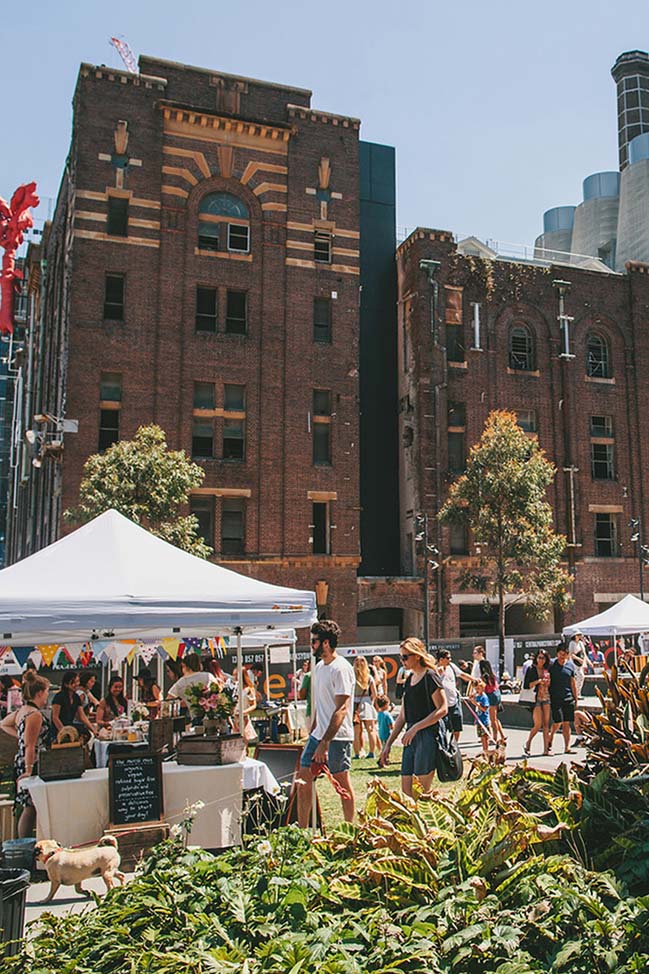 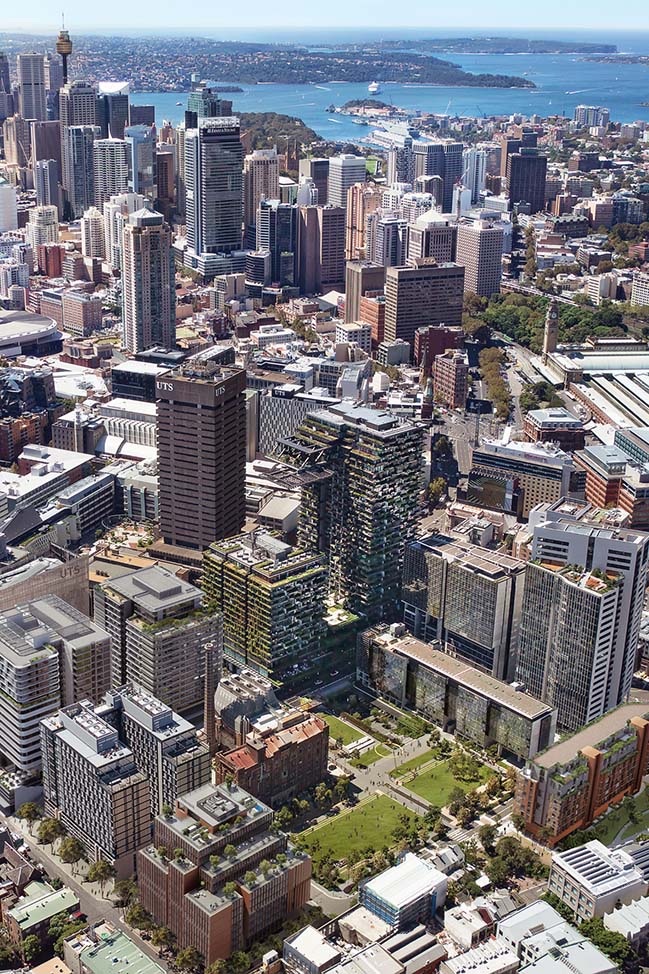 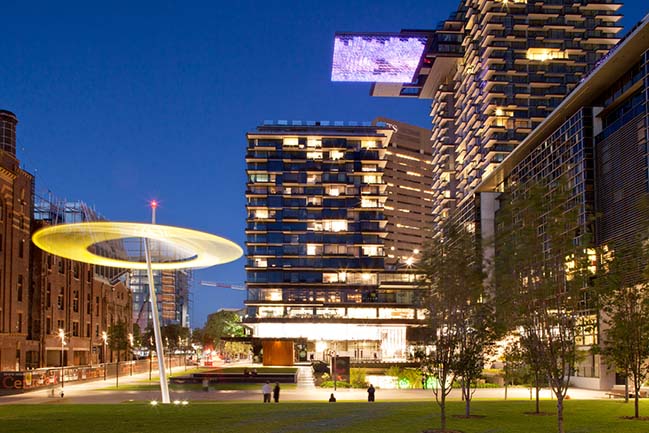