The Swedish Traffic Administration has commissioned Erik Andersson Architects to design a proposal for a new bridge over Kalix River. More than a mere crossing, the proposed bridge introduces a new public space where people can enjoy the sun and get closer to the water. It will also provide shelter from the elements thanks to a protected walkway.

The existing bridge over Kalix River will be replaced by a new one in 2019. As part of the initial design process, The Swedish Traffic Administration wanted to look into the possibility of introducing new features to the upcoming bridge, making it a central gathering place for the residents of Kalix.

As a solution, Erik Andersson Architects came up with a proposal offering separate routes for vehicles, pedestrians and cyclists, as well as creating public spaces such as viewing platforms and seating areas. 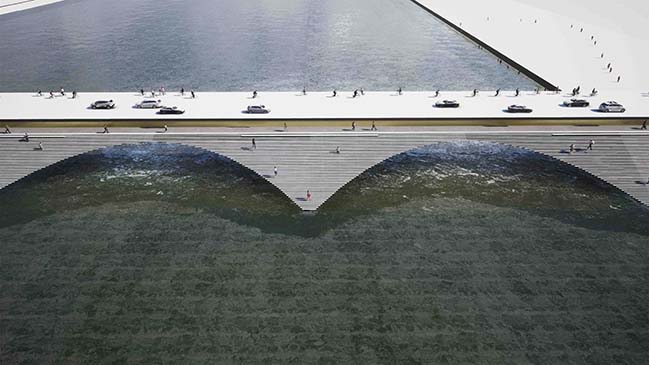 "The idea behind the bridge is to turn a simple crossing of the river into an experience and create a warm atmosphere. We also wanted to make it possible for people to get near the water surface and enjoy the view, while at the same time giving protection from the weather which can get harsh in this part of the country,” says Erik Andersson.

"The bridge is a hybrid of an amphitheatre and a bridge. You can use it as you wish; sit down and watch the river and the view, pass under it by boat or simply cross it by foot or bicycle.” 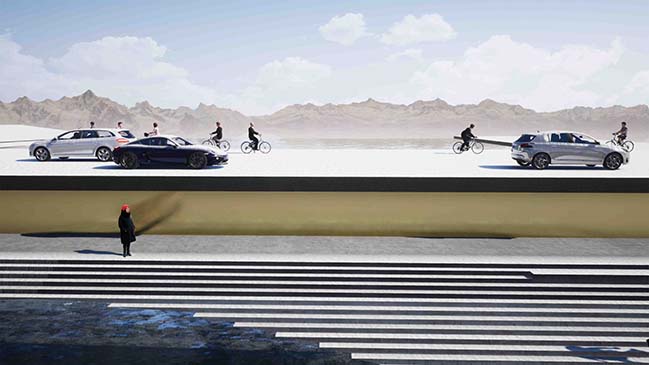 In the design, car and cycle lanes running on top of the bridge are separated from pedestrians below. The walkway is placed under the driveway, using the top as a roof and facing south in order capture the warmth of the sun.

This is Erik Andersson’s first project in Kalix, a municipality located in Norrbotten County in northern Sweden. The firm has previously designed bridges in Norrköping, Hammarby Sjöstad and Nynäshamn, and is currently working on a new bridge in Hagastaden, Stockholm, Sweden.

"Kalix is a fantastic place, with a stunning archipelago and of course the best fish roe on Earth, the Kalix löjrom,” Andersson says. ”I’m hoping this bridge could become a new landmark project for the municipality and add to its unique character.”