Foster + Partners wins the competition for the new Marseille Airport extension was revealed today at a grand ceremony in the presence of JC Gaudin, Mayor of Marseille; Renaud Muselier, President of the region; Martine Vassal, President of the Departmental Council; JL Chauvin, President of the Chamber of Commerce, and several other dignitaries. The primary gateway to Provence, the project will allow the airport to serve up to 12 million passengers per year (excluding the MP2 terminal), future-proofing the development until 2046. 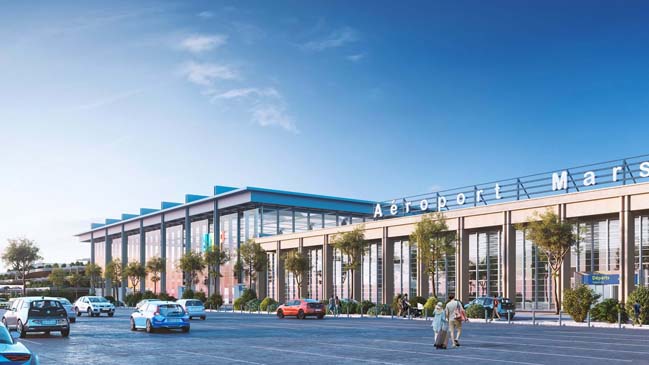 The design restores the clarity of layout and expression in Fernand Pouillon’s 1960s original, while adding the ‘missing piece’ to the 1992 extension by Richard Rogers to tie the entire ensemble of buildings together. Phase I of the project will create a new ‘Coeur’ – literally, heart in French – that rationalises arrival and departure sequences within a single building, creating an intuitive progression through the terminal for passengers.

The Coeur is a 22-metre-high glazed hall whose structural expression echoes that of the Pouillon building, with its inverted beam roof, heroic 33-metre-deep span and a continuous grid of glass skylights. Clad with stainless-steel, the skylights act like giant lanterns, bringing natural light and air deep into the building. Large indoor trees bring a sense of calm to the space, helping create a relaxing environment. 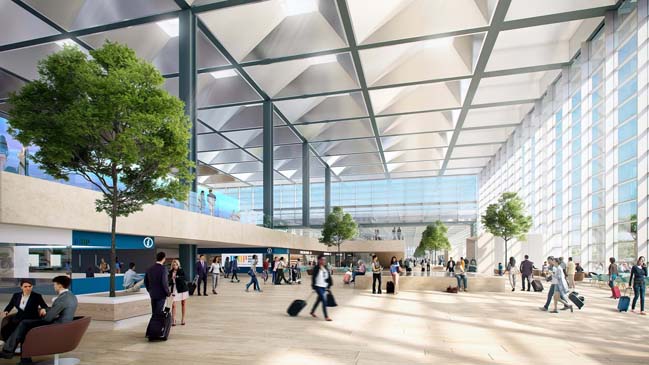 Grant Brooker, Head of Studio, Foster + Partners said: “Marseille airport has grown extensively and incrementally over the last 60 years. Our goal is to design a generous pavilion that reconnects all parts of the existing buildings, simplifying the flow of people between them and creating a new welcoming gateway to the region. The new terminal features a panoramic terrace overlooking the airport and the landscape beyond, and is entirely top lit, capturing the bright Provençal sunlight and paying homage to the bold architectural spirit of Fernand Pouillon’s original building.”

The movement of passengers from landside to airside and vice versa follows a simple linear diagram. All departing passengers pass through security screening on the first floor, overlooking the arrivals level below. Passing through a giant multimedia screen that spans across the building, they are immediately transported into a large double-height space animated by shops and restaurants, with tranquil seating areas surrounded by green trees. From here, there is a clear view of the aircraft and landing bays, with the lounges and panoramic terrace on upper levels. The Coeur floats above the existing 1990s building, creating a common architectural expression for the airport. 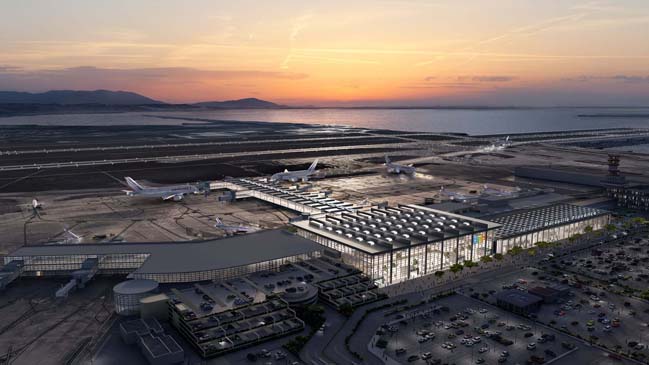 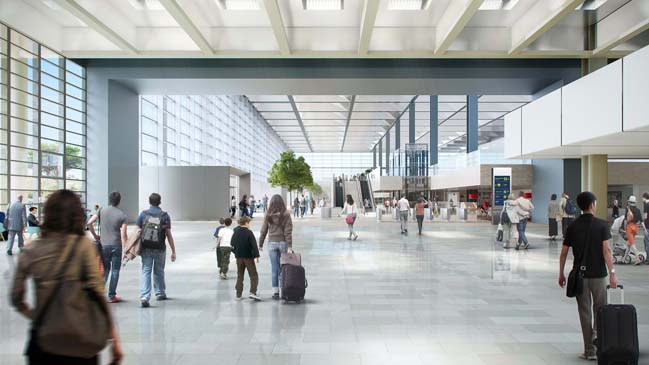 The interfaces between the old and new buildings are clearly articulated, using a distinctive portal frame throughout the building. The interior spaces flow seamlessly from one building to the other, with a flexible layout that can be adapted for the existing buildings. Phase II will add an additional pier with 12 aerobridges. To reduce the impact on day-to-day airport operations, the modular structure will be predominantly prefabricated offsite, and erected on a fast-track schedule. 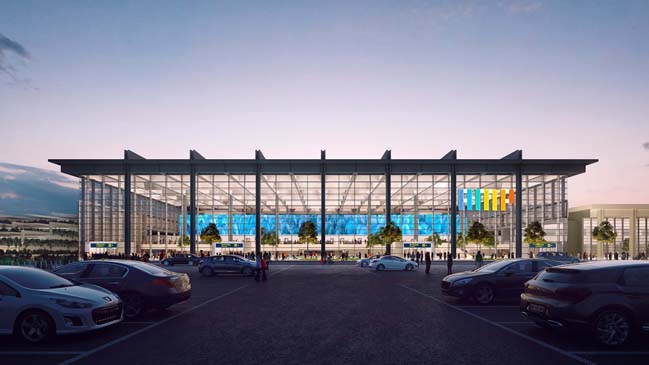 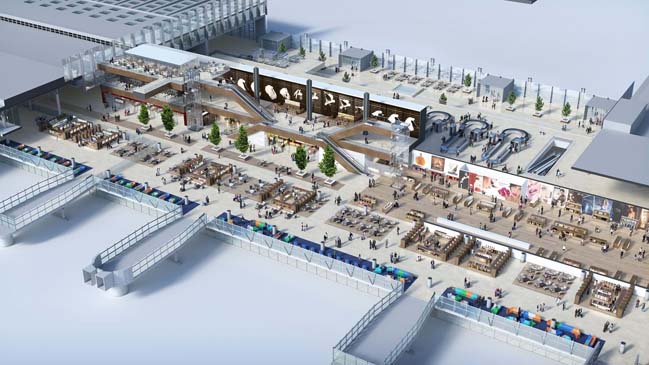 11 / 24 / 2017 Foster + Partners wins the competition for the new Marseille Airport extension was revealed today at a grand ceremony...