Studio Toggle was invited by Nuqat, a nonprofit organization based in Kuwait to create an outdoor space for their cultural forum "The Human Capital 2018". The location given was the outdoor plaza of the newly opened Sheikh Jaber Al-Ahmad Cultural Centre in Kuwait City. The design of the pavilion stemmed from a desire to create a lightweight, soft and malleable space habitable in novel ways. The pavilion is meant to be colonized based on the activities that it will accommodate. These activities were analyzed and broken down into its anthropometric parameters. 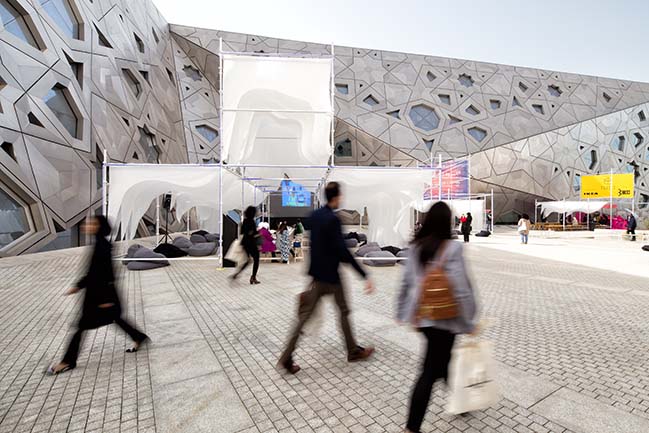 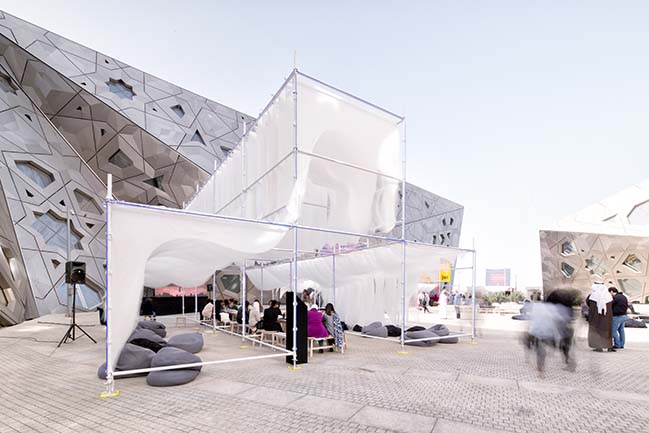 From the architect: These parameters then informed the various taxonomies of voids that catered to the programmed activities and were mapped on to a modular grid. A low-tech, cost-efficient, incremental, modular system was developed using re-usable construction scaffolding and laser-cut IKEA drapes. The voids created by the subtractive operations on the stacked drapes are taxonomized into activity facilitators and occupied as such. A modular grid 3x3M grid is made from construction scaffolding and IKEA drapes are cut and arranged in a pattern derived from a parametric algorithm. The differences in height and width result in people reacting to the spaces in different ways and colonizing it intuitively. 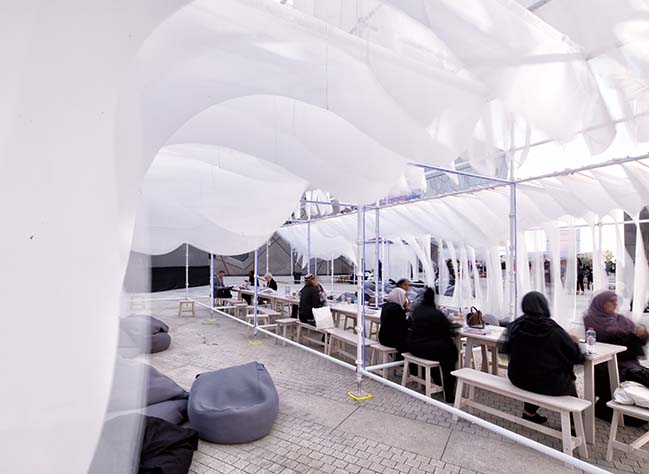 During the night, the lit pavilion changes its ambience and makes for a dynamic space. Light is used as a sculptural medium to elevate the perception of both the grid and space. It frames and defines the way the users engage with the pavilion. The pavilion represents an up cycled habitat generated from a utilitarian and modular grid system. 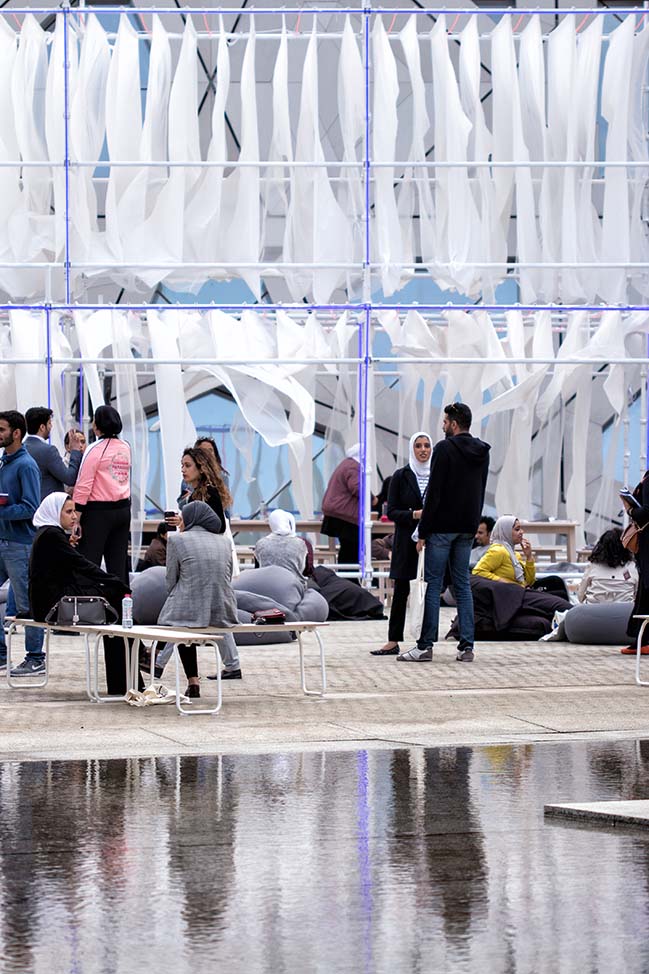 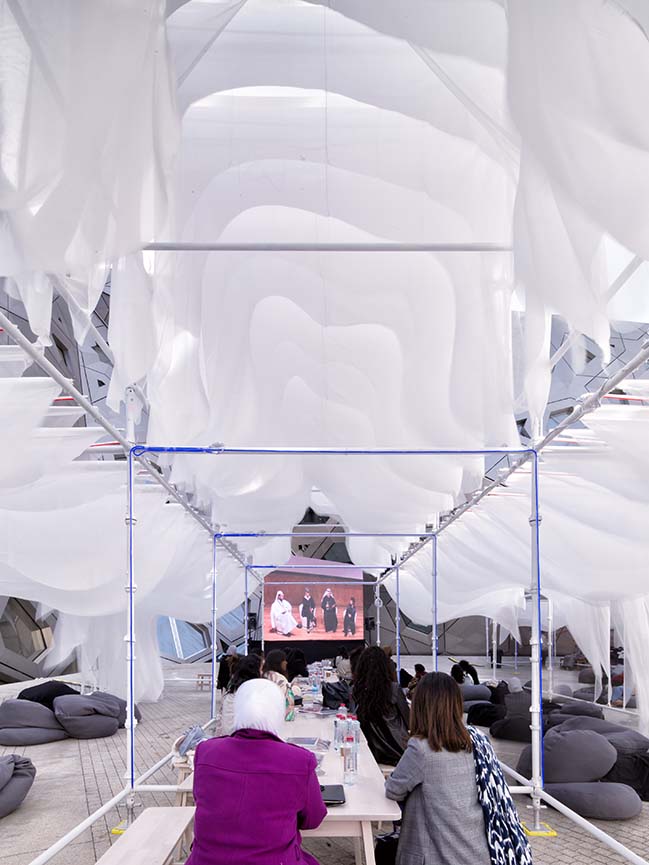 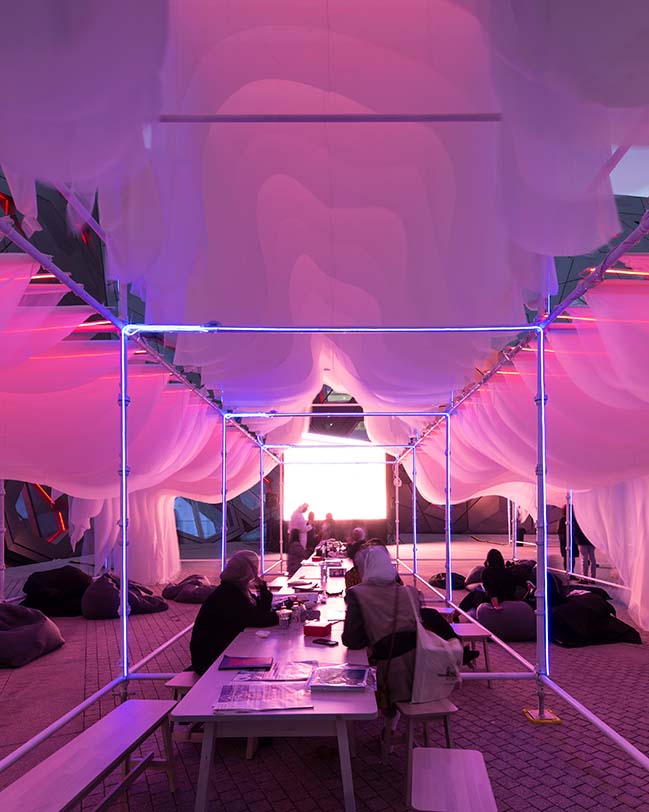 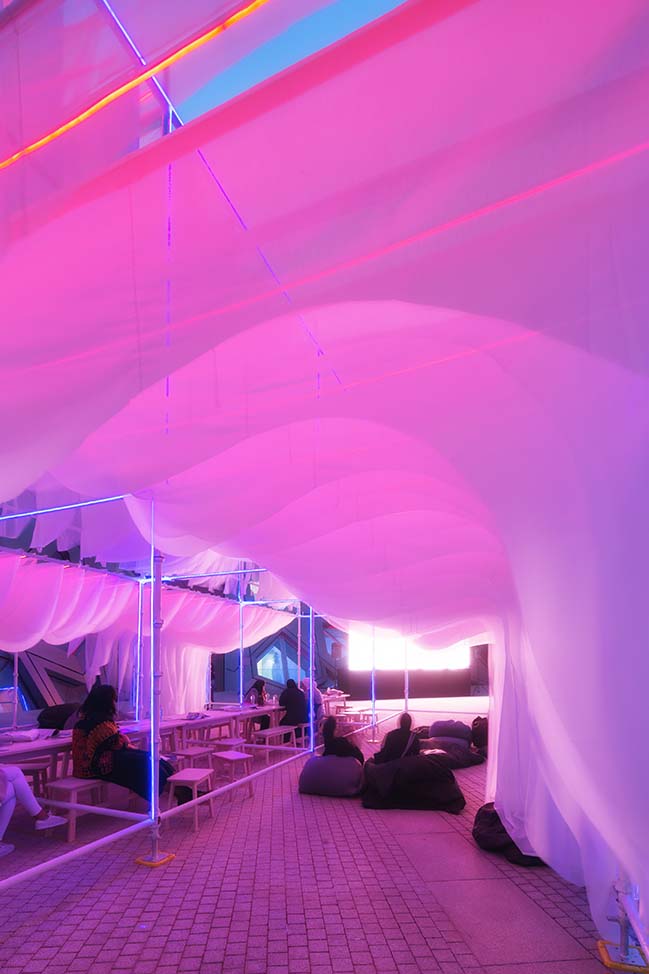 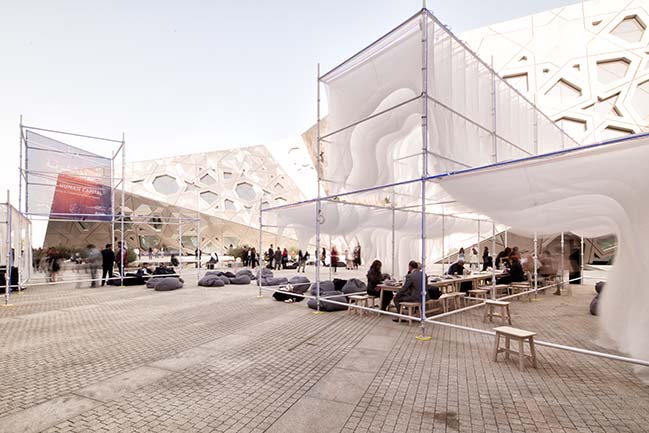 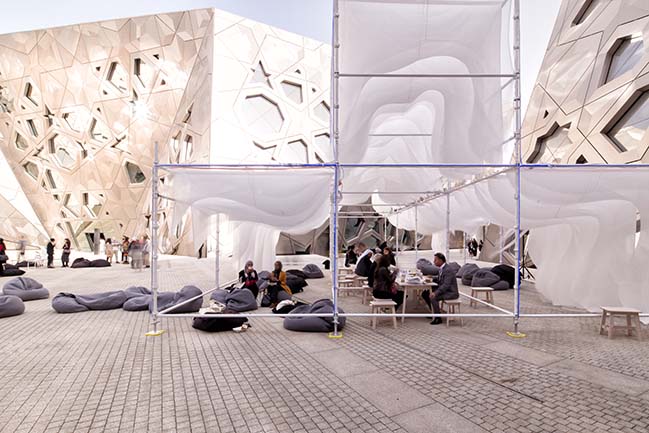 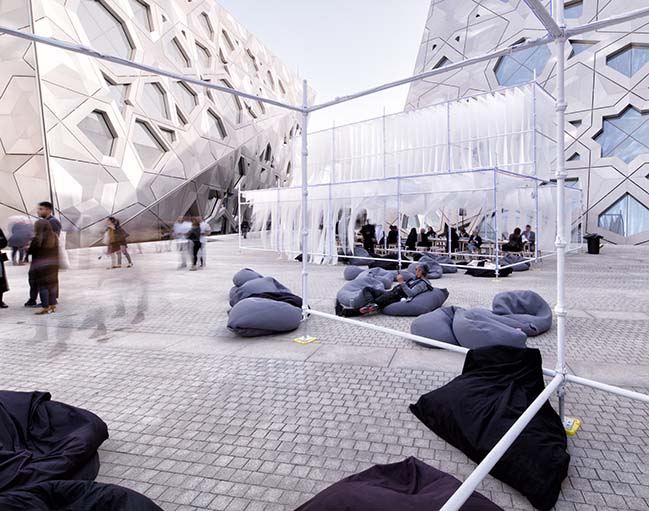 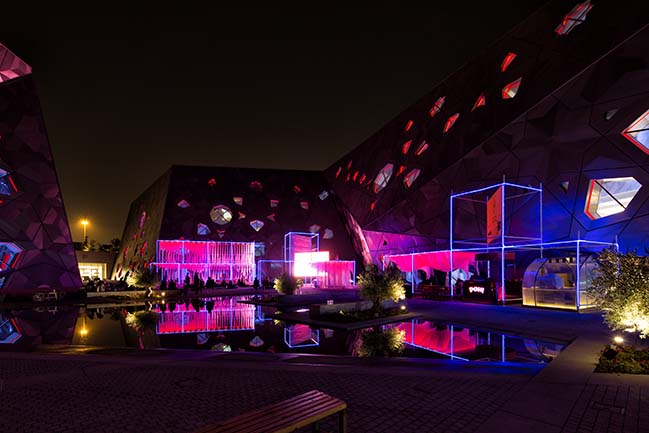 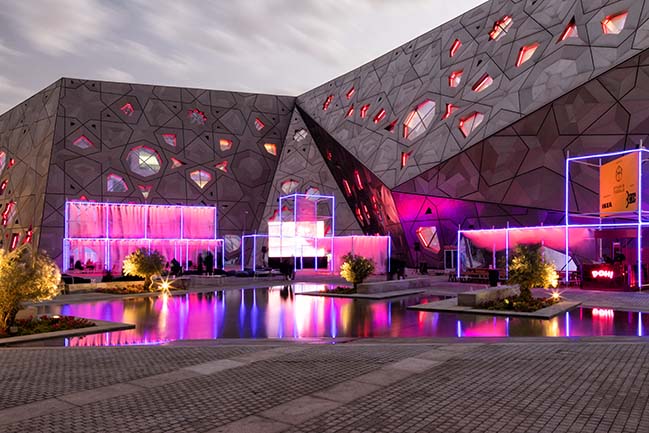 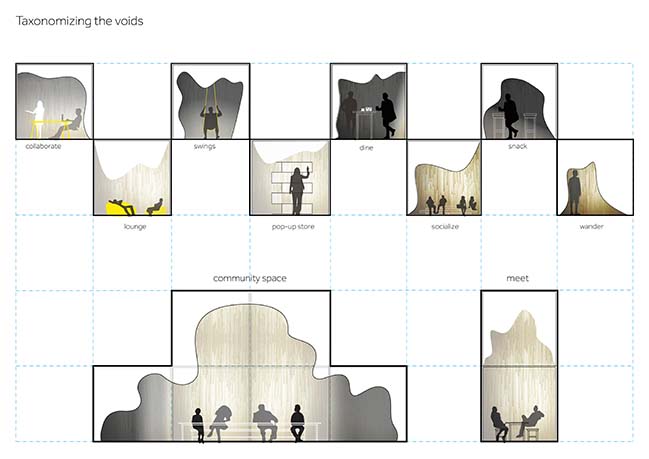 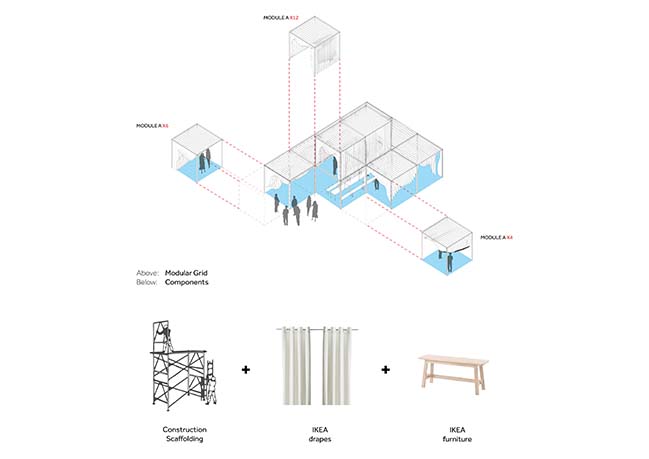 03 / 30 / 2018 Studio Toggle was invited by Nuqat, a nonprofit organization based in Kuwait to create an outdoor space for their cultural forum The Human Capital 2018