Spanish accessories brand Malababa is opening up a new space in Madrid’s Serrano 8, where its structure symbolizes and reproduces the firm’s identity features: light, texture, colour and shapes. It is in itself a return to their roots, where raw beauty’s natural sense gets stablished as different, authentic and truly attractive. Everything in Serrano 8 Malababa calls for an authenticity which becomes more beautiful within time. And this is precisely one of Malababa’s mantras. 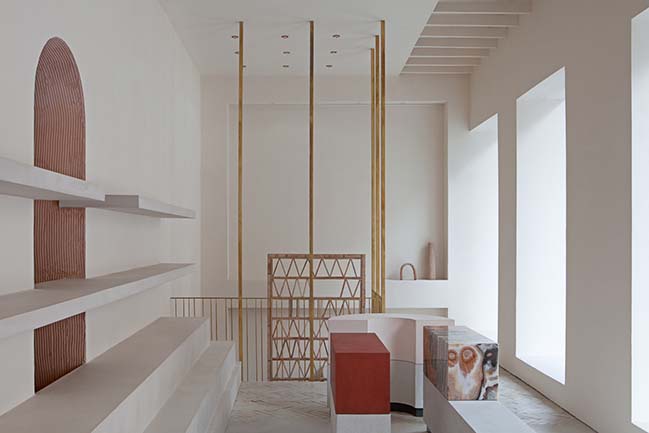 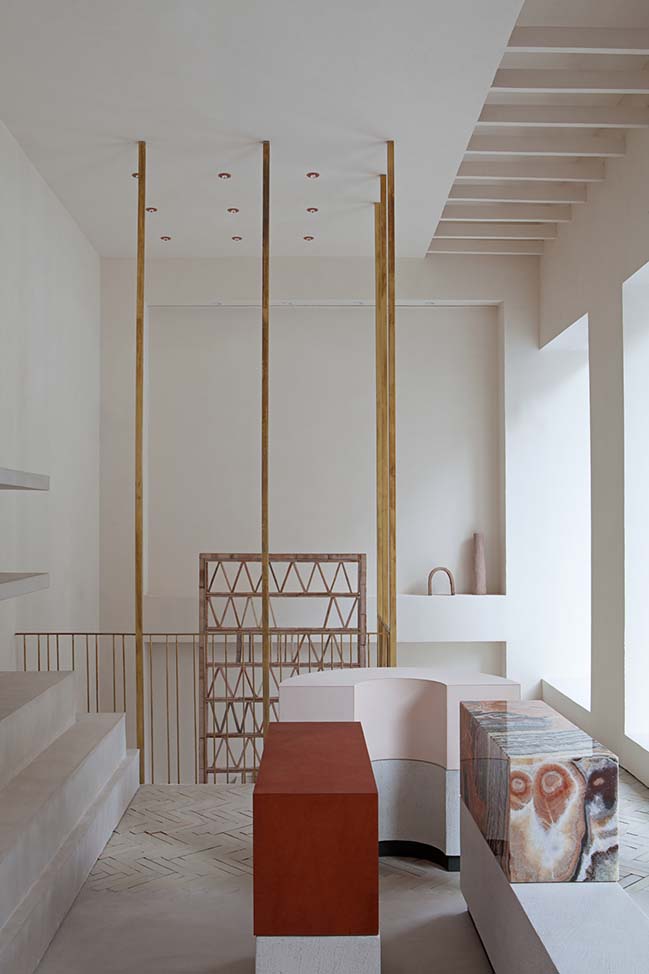 From the architect: Founders of Malababa Ana Carrasco and Jaime Lara, together with design and architecture studios Ciszak Dalmas and Matteo Ferrari, have joined forces day after day to materialise the dream of Malababa at Serrano 8. The result is a space that has been built the same way their products are: with passion, consistency, honesty and sustainability. A retreat that breathes creativity and a total involvement of all team members. 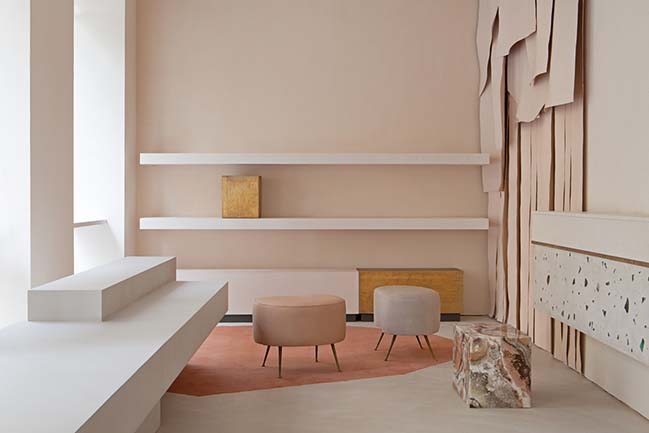 The walls - The “imperfect finish” and natural hues of Malababa’s aesthetics strengthen the artisan and sustainable concept. All walls are rendered with a mix of Galician clay, white marble powder from Almería and totally natural, ecological and non-toxic food thickeners. This kind of finish regulates air moisture and temperature and maintains the space free of bacteria and harmful microorganisms, as well as considerable helping save energy throughout the year. 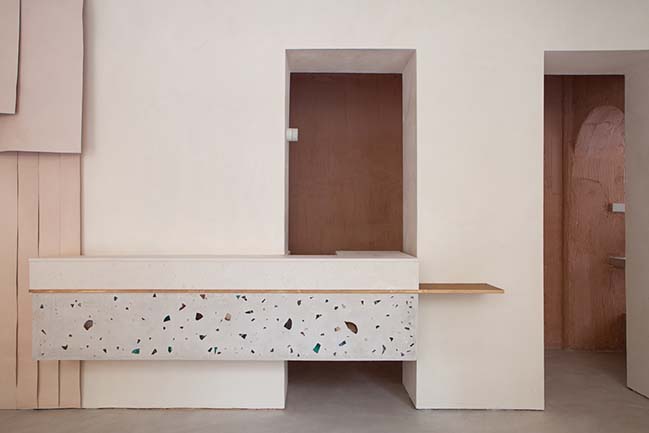 The furniture - Malababa at Serrano 8 is born as a space full of soul, with an identity that allows it to adapt to changes and endure through times. The store furniture pieces mobile modules that can be combined and rebuilt as needed. They have been manufactured using limestone from Seville, aged brass and beautiful moss agate. Some of them are lined using the same leather that is used for manufacturing some of the Malababa collections. 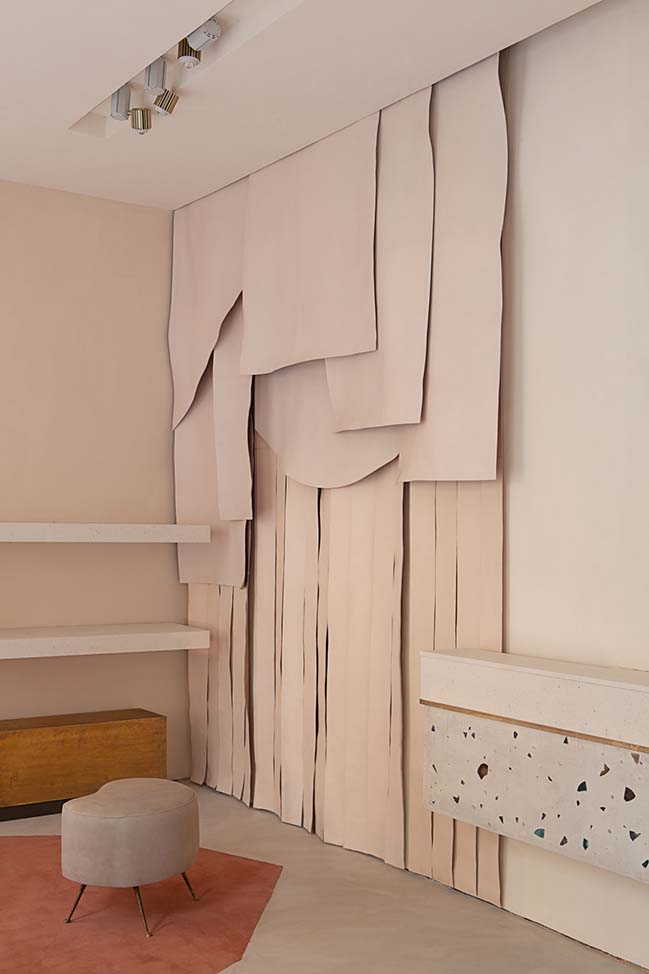 The lattice structure and the mud - Behind the lattice structure, there is a great team job. The tiles have been placed one by one by all involved members and they have that welcoming warmth of traditional craftsmanship. These bricks have been artisanally manufactured in Toledo with mud from Extremadura quarries, baked in an H2G oven, 100% ecological, using biomass as fuel. 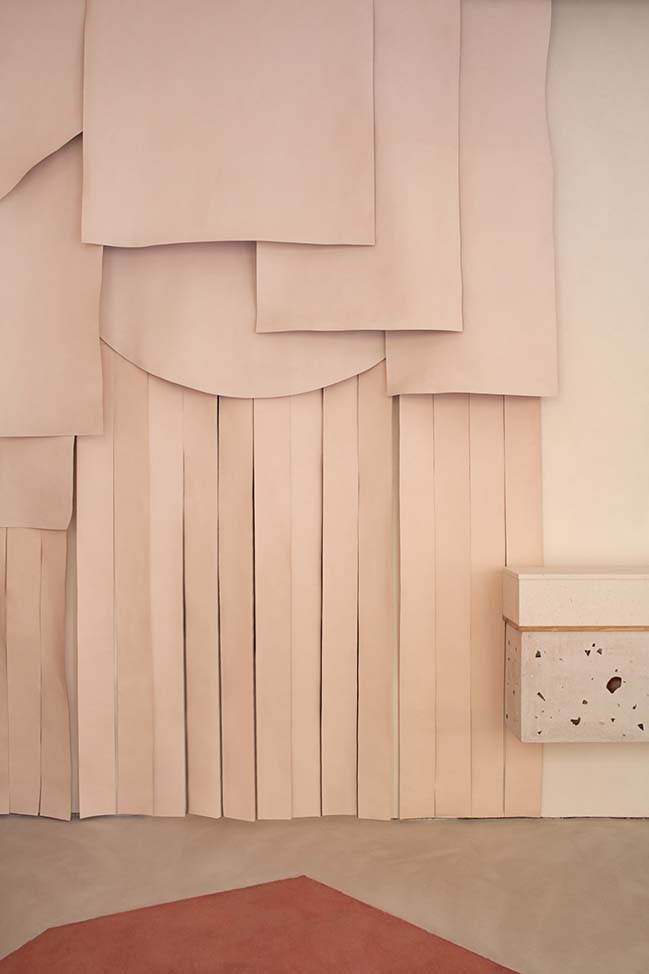 The ecocement - The ecocement coating some of the store interiors is sustainable and it is guaranteed by international certificates such as the German Emicode, which certifies low volatile compound –VOC- emissions in building materials. 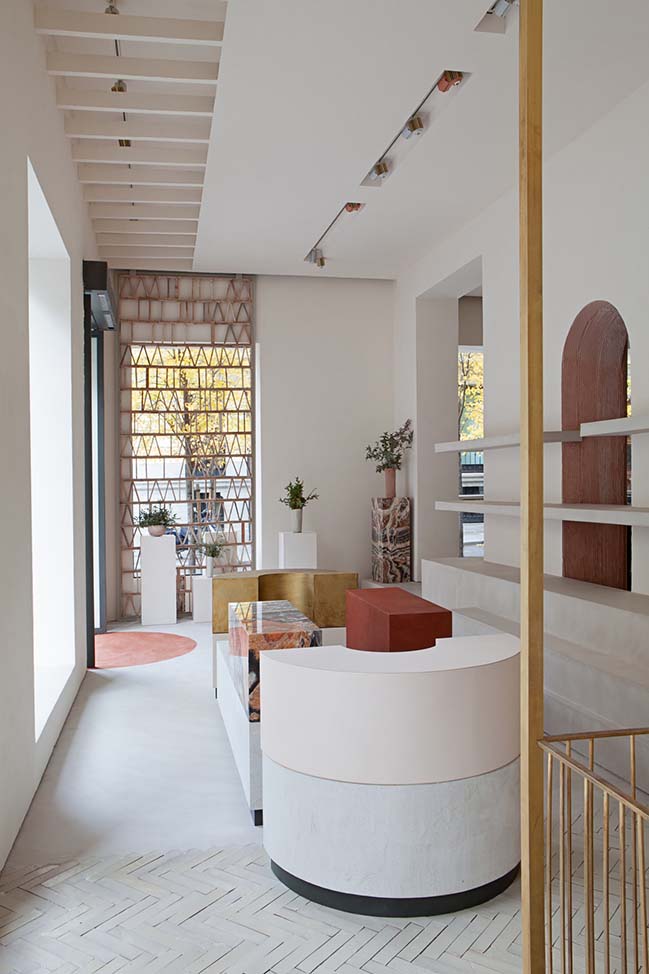 The courtain - And, this way, as if the brand’s designs would have become space, emerges a spectacular leather courtain which covers one of the internal walls. This decorative item has been manufactured by Malababa master craftsman Osvaldo Ruben Thomas, with entire pieces of vegetally tanned cowhide leather, the same that is used in the Métrica accessories collection. 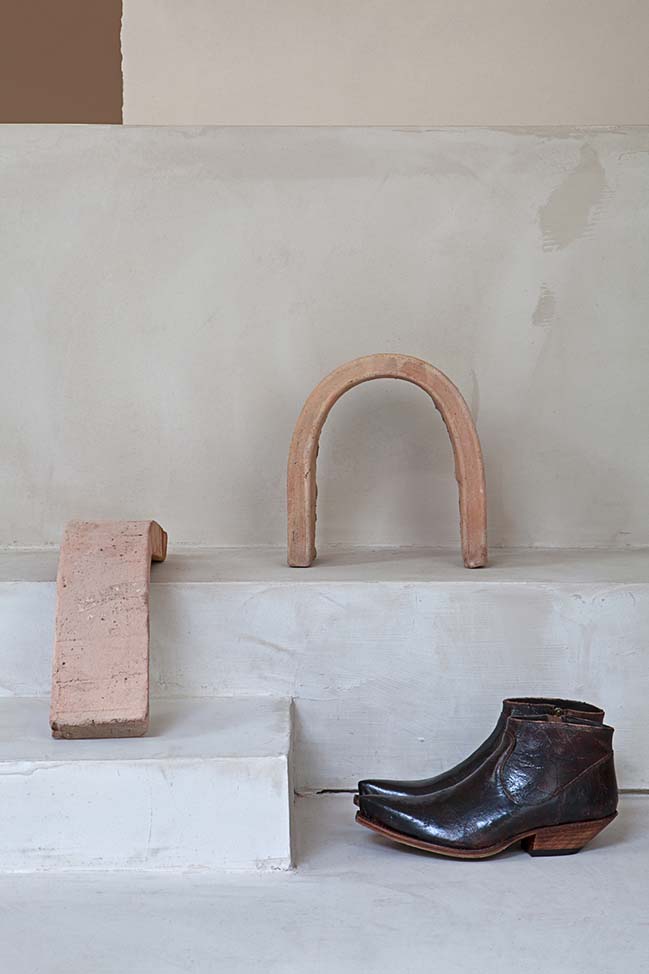 The agate crystals - Although not only leather is present in every corner of the store, the agate crystals that make Minihontas and Nanohontas bags come alive are also one of the unifying threads. These stones take modular shapes and get harmoniously embedded into one of the wall units. As if they were back in the place where they came from, it feels like that is where they have always belonged. 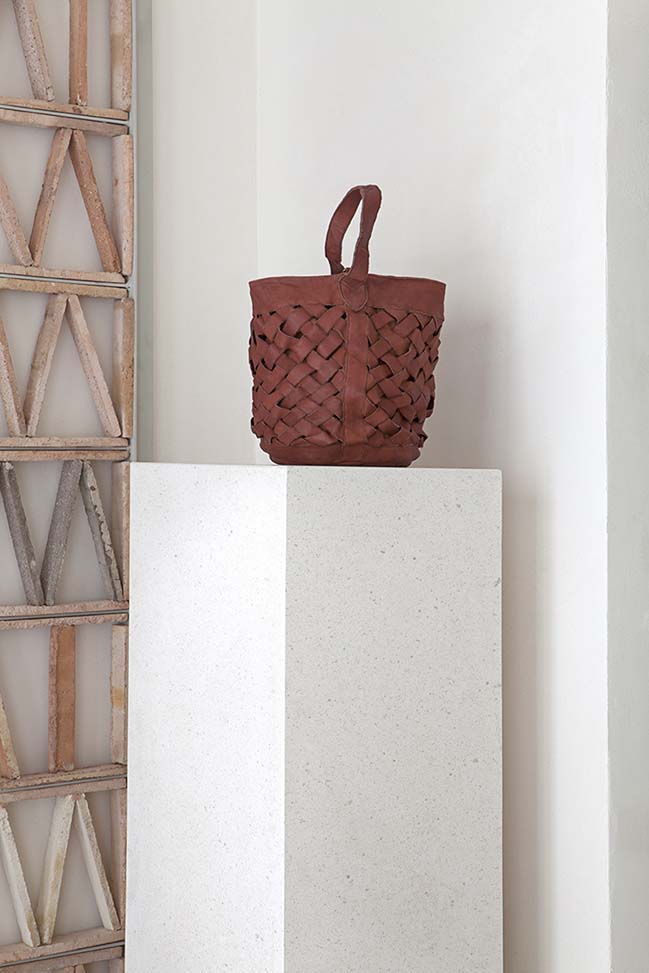 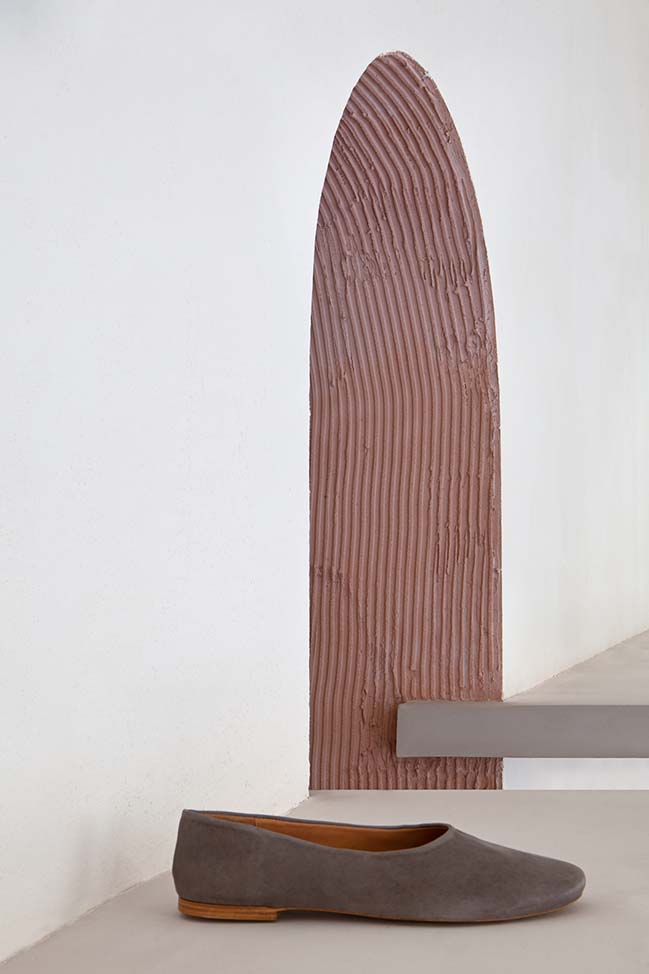 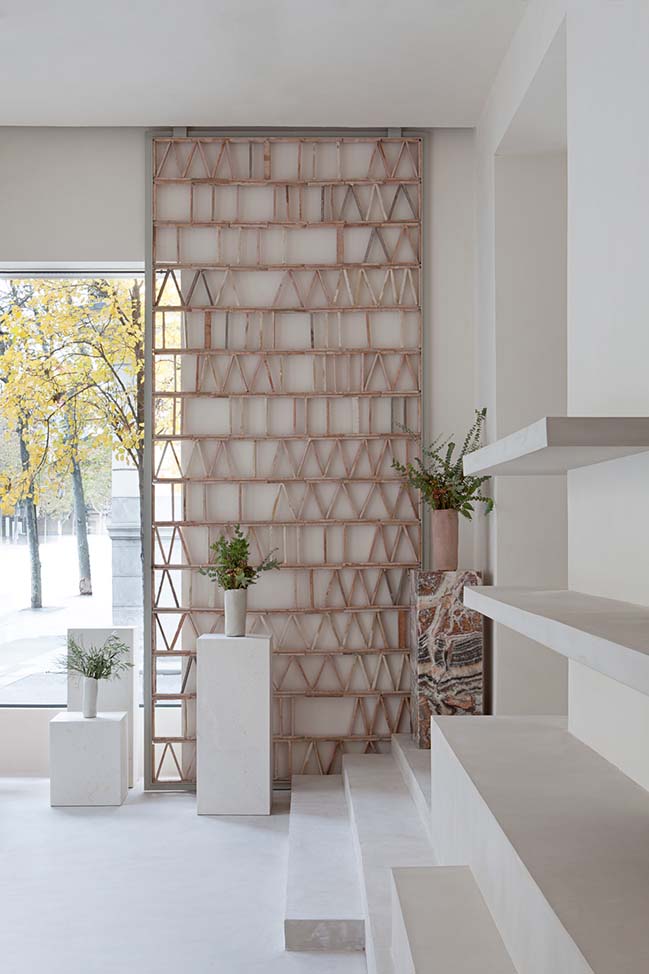 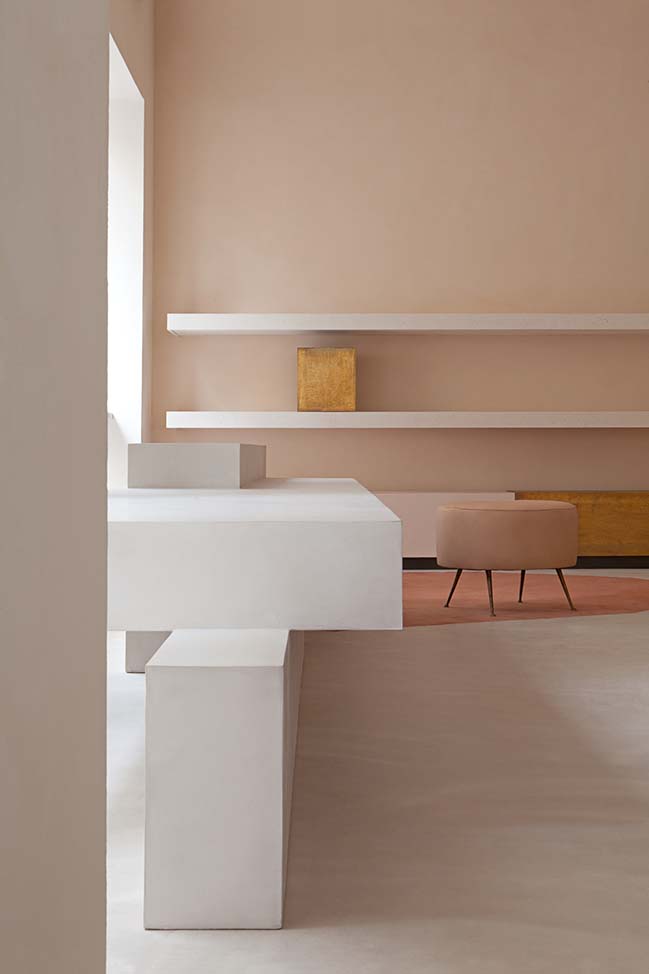 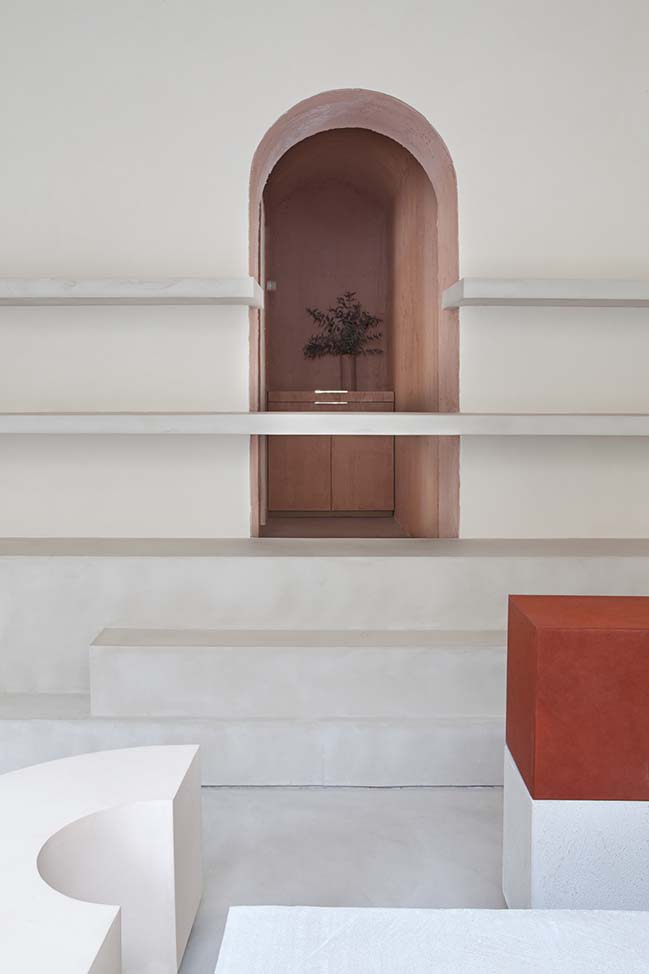 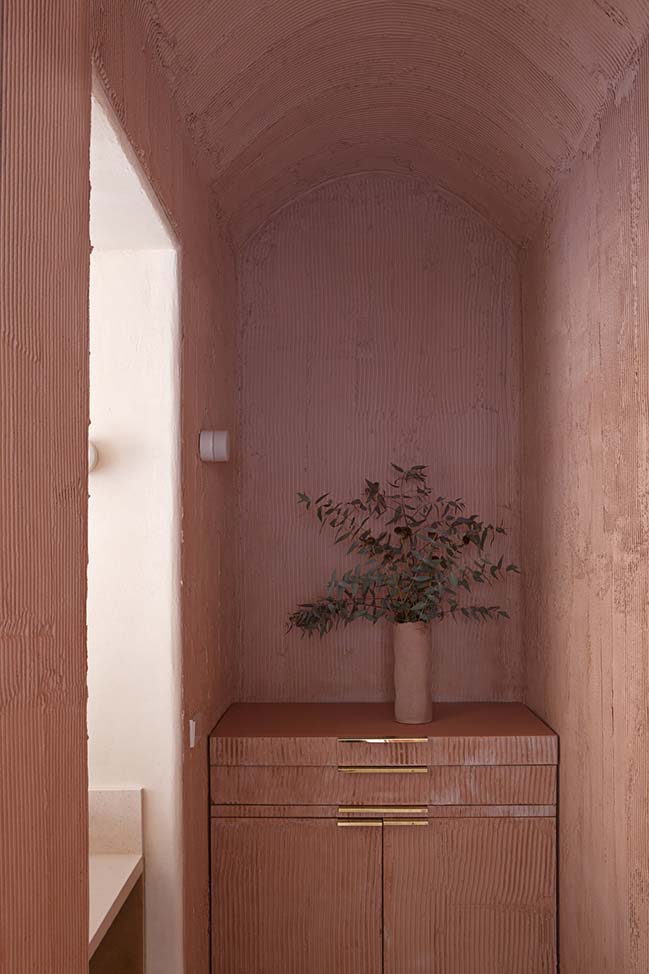 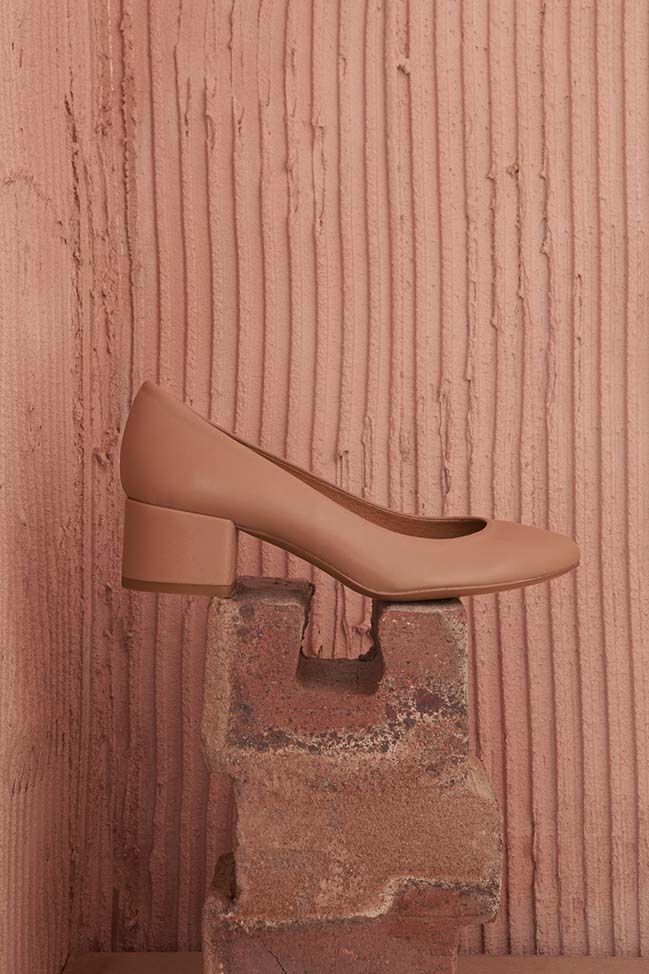 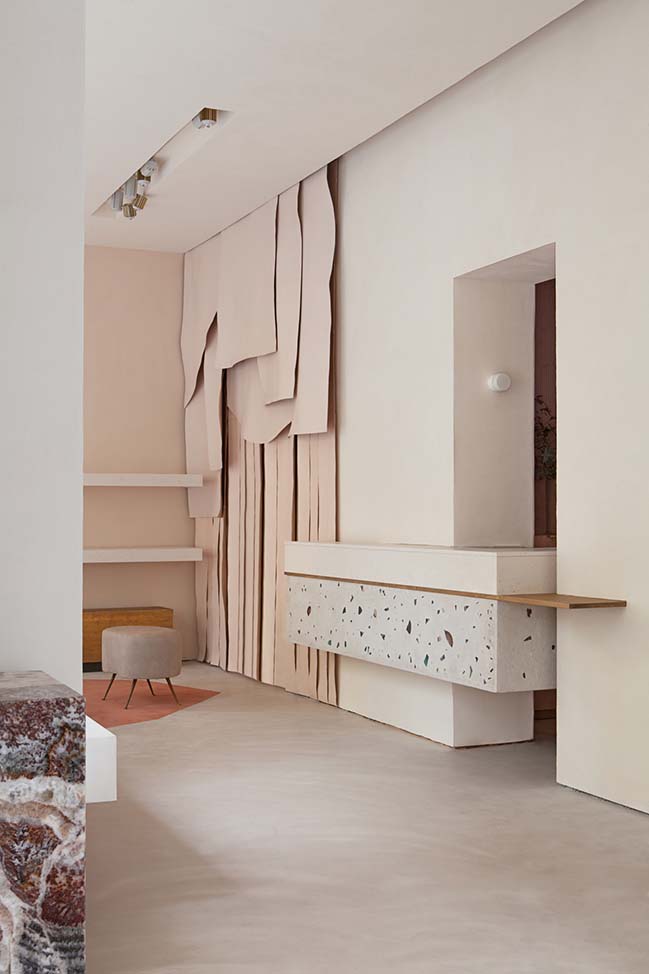 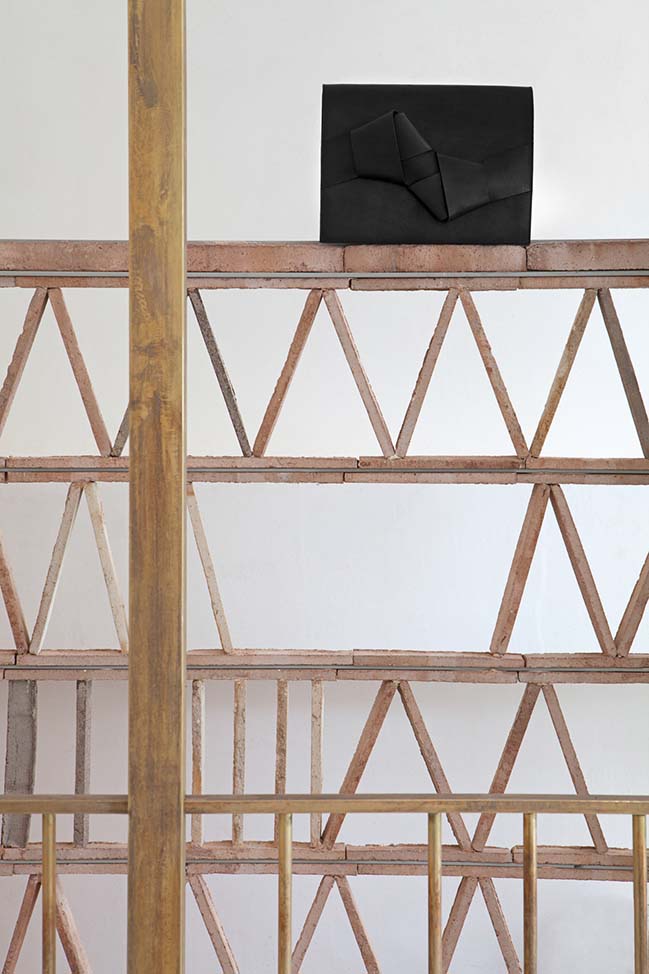 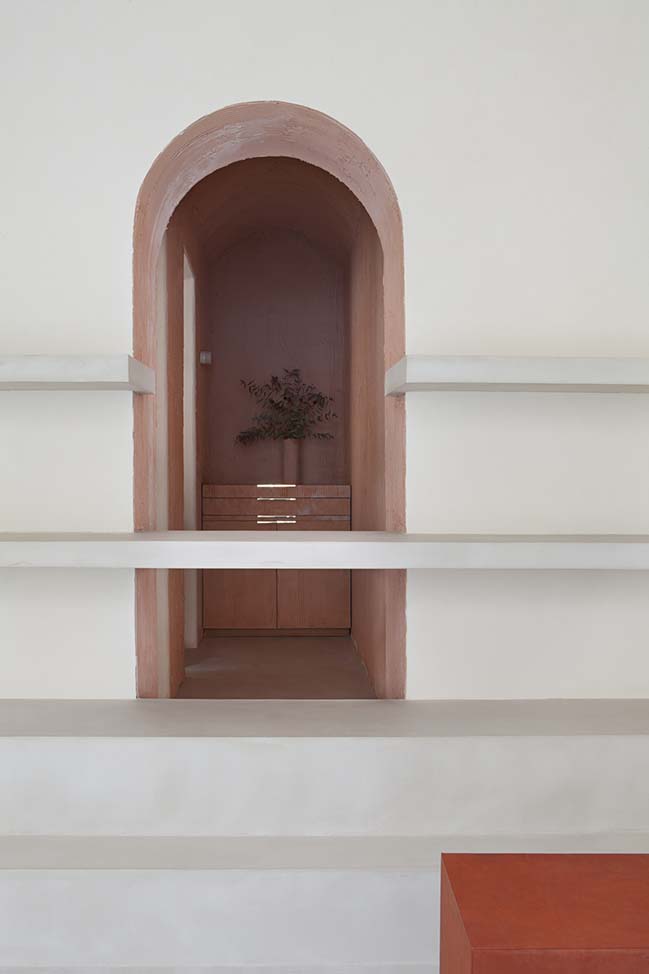 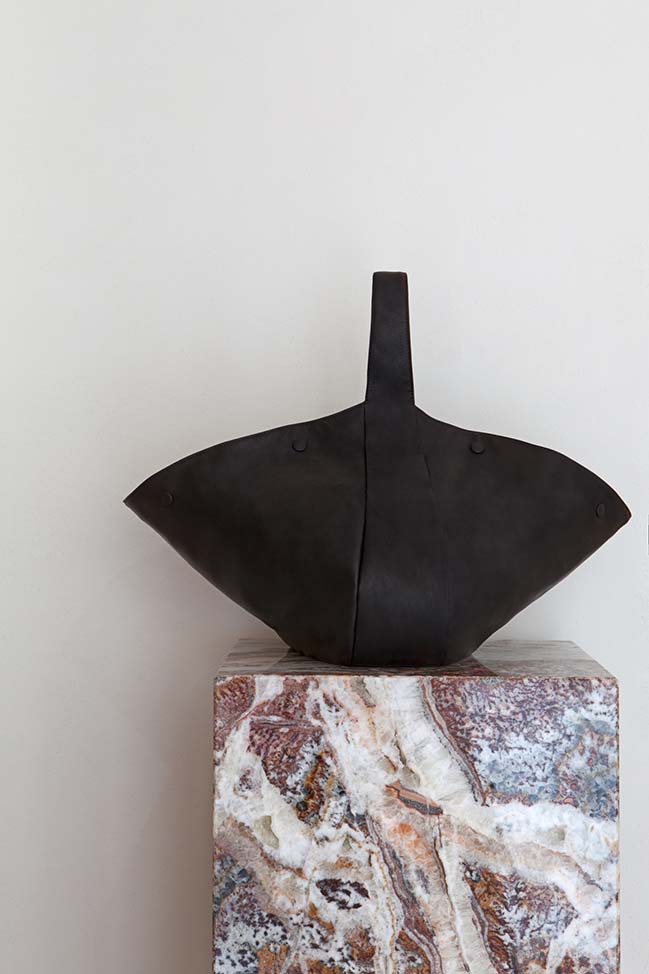 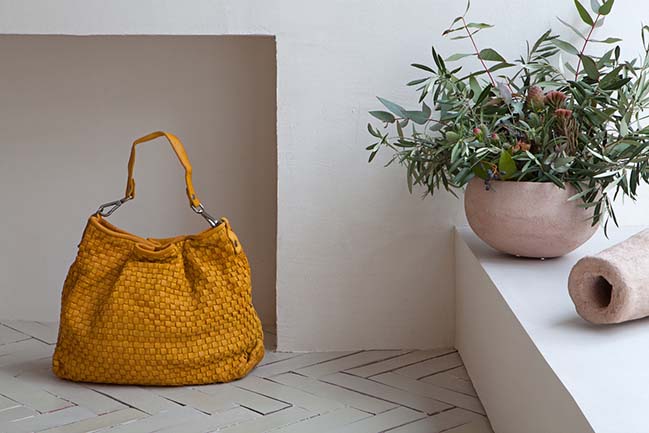 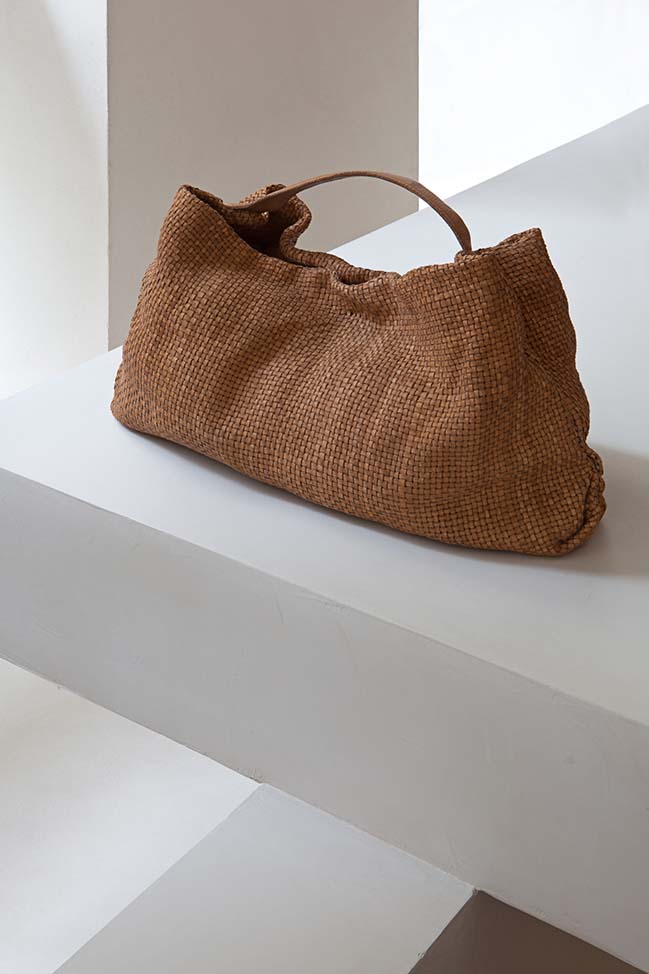 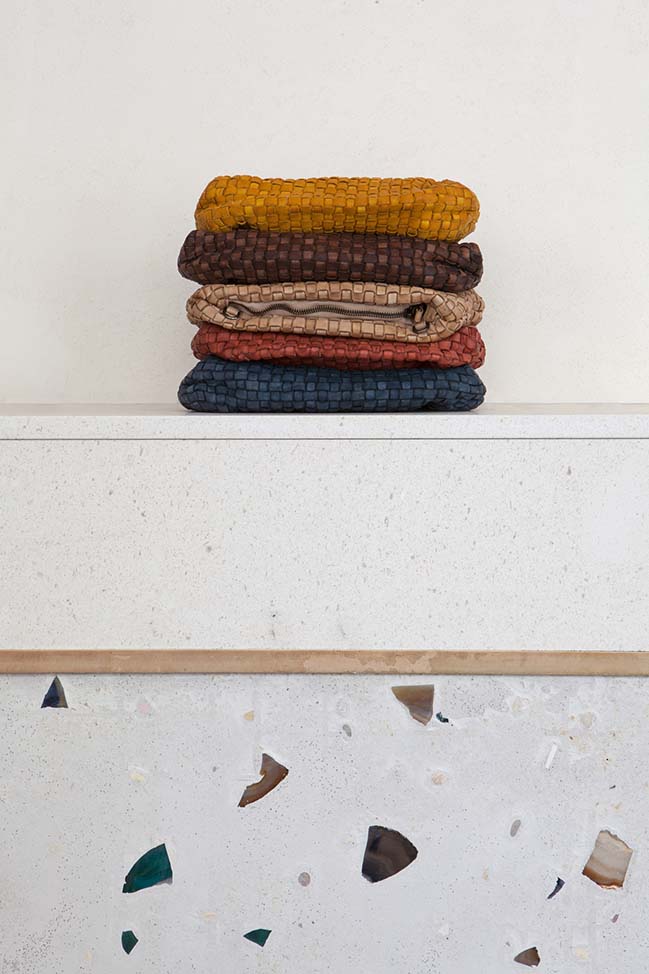 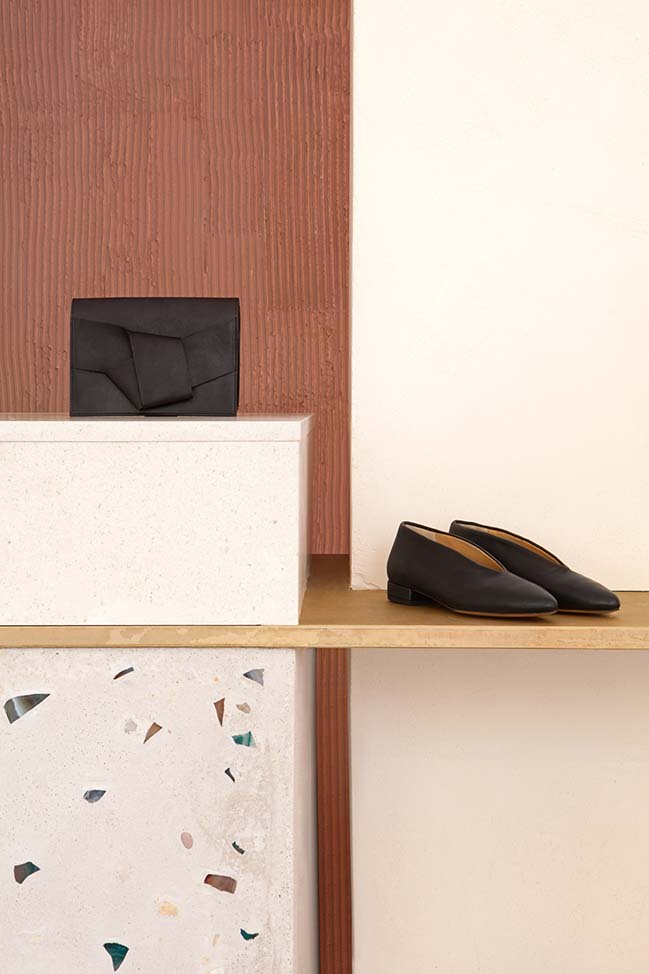 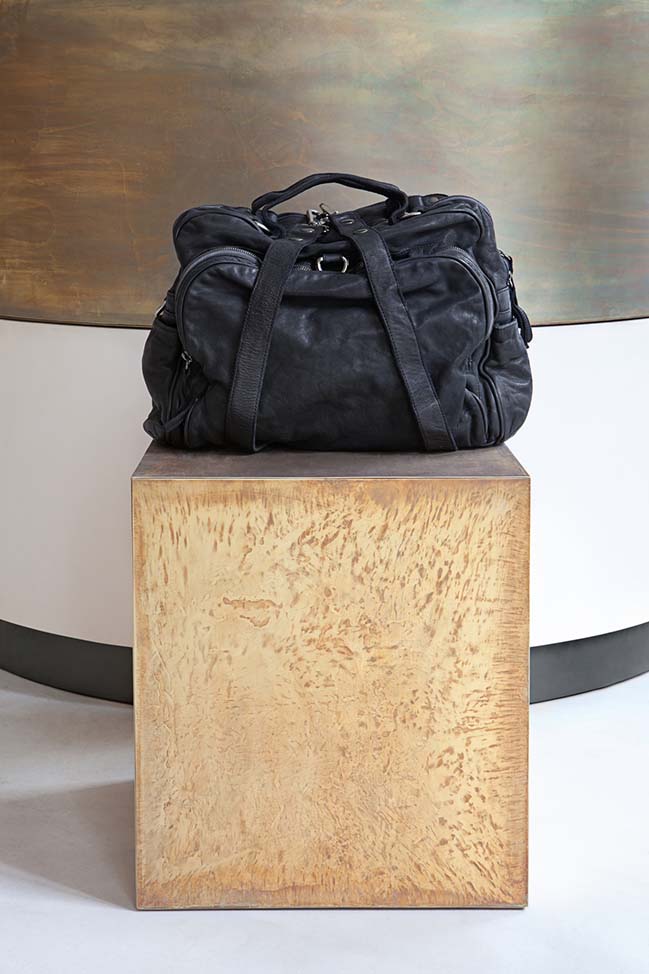 05 / 17 / 2018 Spanish accessories brand Malababa is opening up a new space in Madrid’s Serrano 8, where its structure symbolizes and reproduces the firm’s identity features