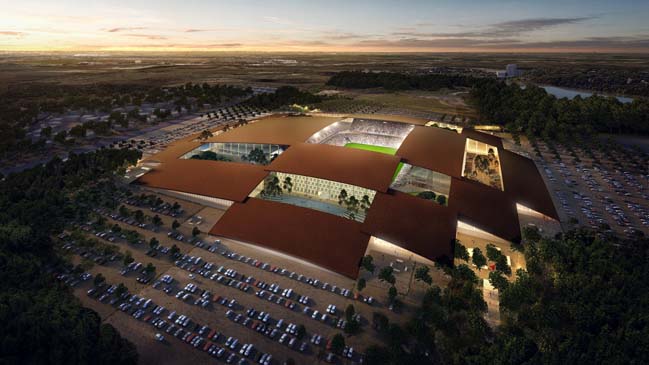 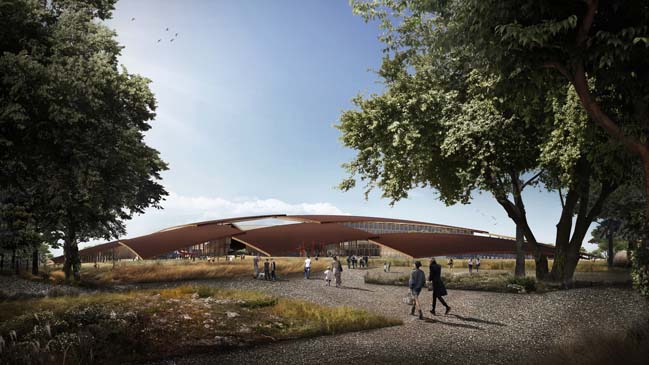 Project's description: Located at the site of Rodeo Austin, the 1.3 million sf East Austin District is a world of worlds for sports fans, music festival-goers and adventurists, capturing the distinct spirit of Austin with the city’s first pro-sports stadium and large-scale music arena. Inspired by local vernaculars including the Jefferson Grid, the individual buildings in East Austin District are arranged as a checkerboard of different functions, appearing as a latticed roofscape from above. Offering more than protection, the rooftop covered in red photovoltaic panels could someday allow the self-sufficient district to share its energy resources community-wide—powering East Austin’s electricity and economy. 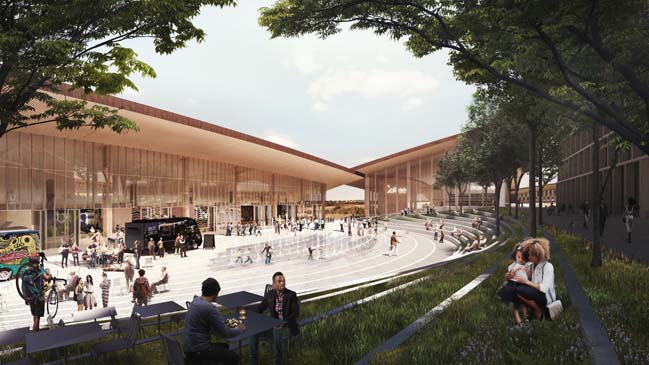 At the center of the District, a 40,000-seat stadium is designed for large-scale soccer and rugby matches, music festivals and other major events, and is connected to the 15,000-seat multi-purpose arena that will serve as the home for Rodeo Austin, musical acts, basketball, hockey and other programs. The stadium and arena are conjoined by 190,000 sf state-of-the-art premium facilities and support functions, optimizing efficiency and cost while providing views to the best of both worlds. Though separate in program, the individual buildings are unified by all-wooden interiors based on the local barn and porch vernacular, tapping into Austin’s characteristic style and warmth. 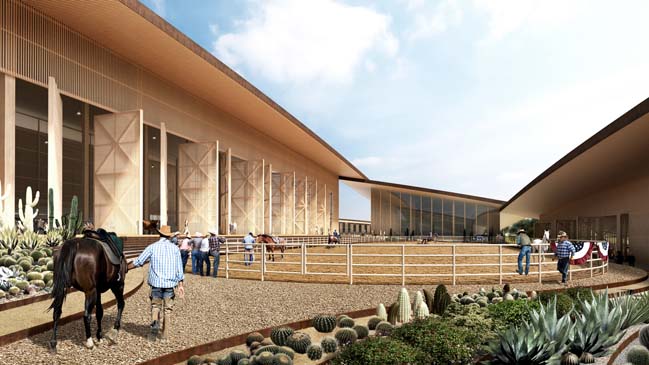 An extension to Austin’s patio culture where so much happens outside as much as inside, East Austin District’s generous courtyards are the outdoor ‘living rooms’ for public life. Sandwiched between buildings and connecting the entire district, the eight courtyards never go off-season for the community. At the district’s edge, various buildings for Austin’s burgeoning retail, shopping, dining and hospitality scene as well as 28,000 sf of youth facilities complete the new ecosystem by providing job opportunities as partnerships with local business owners and schools and community programs. 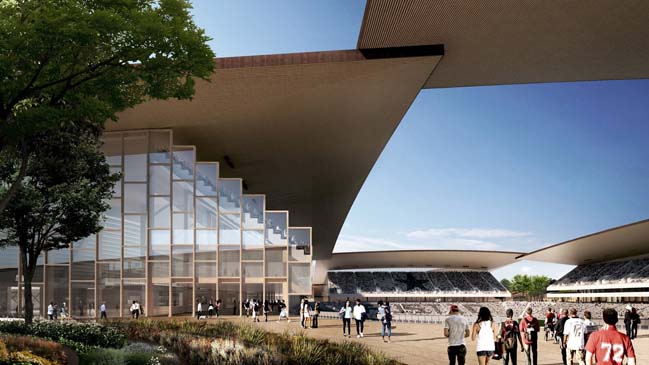 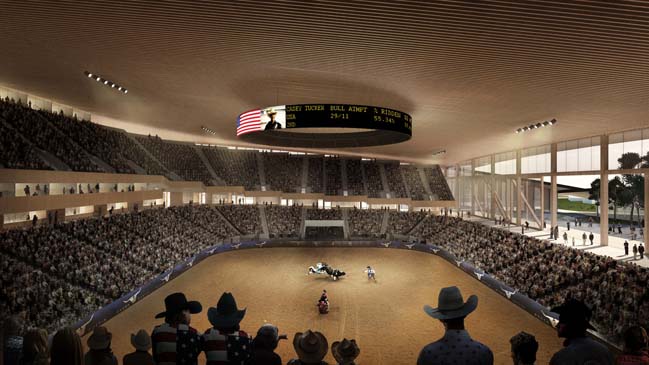 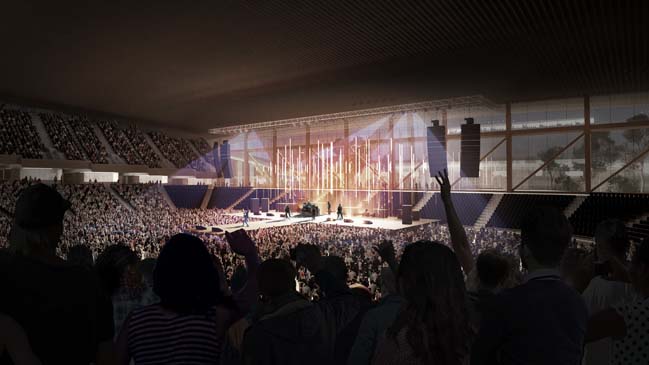 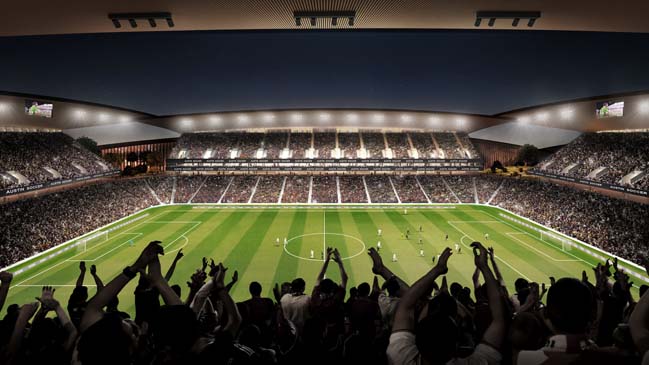 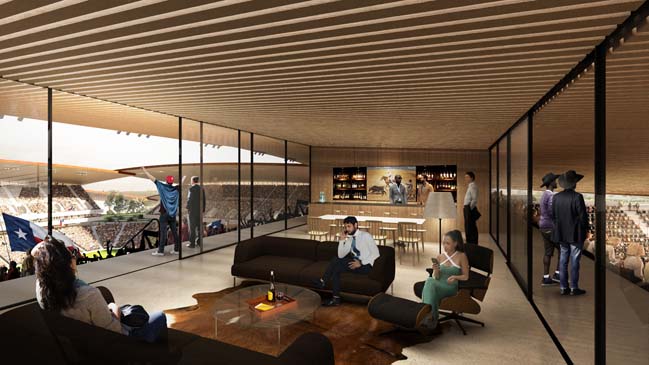 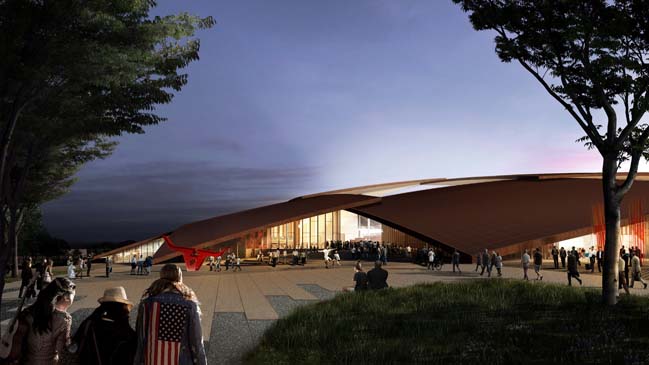 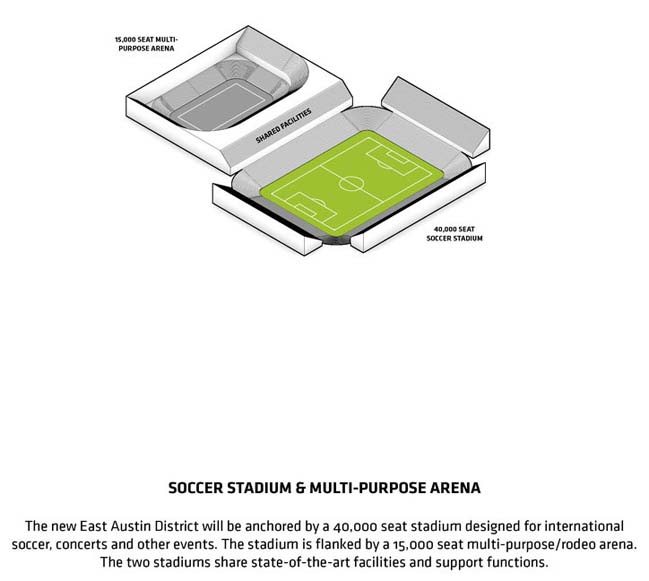 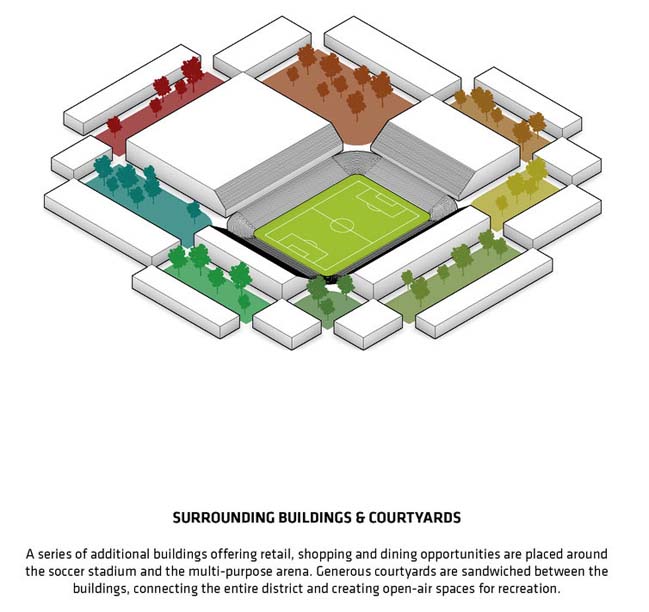 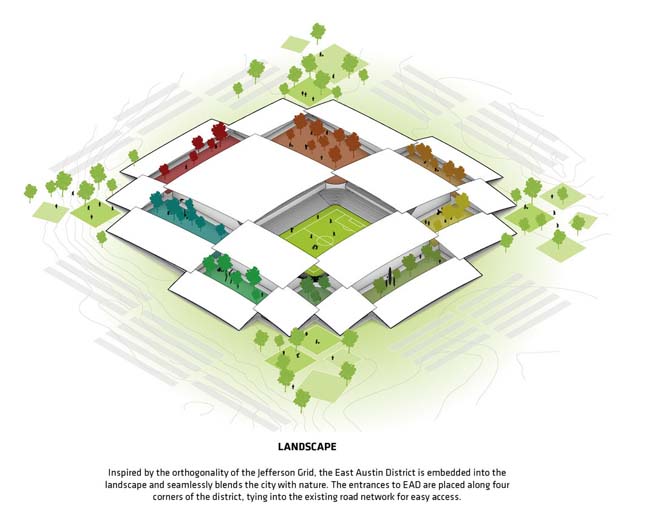 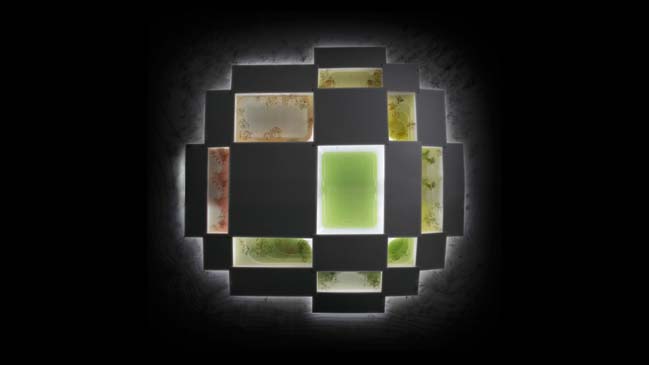 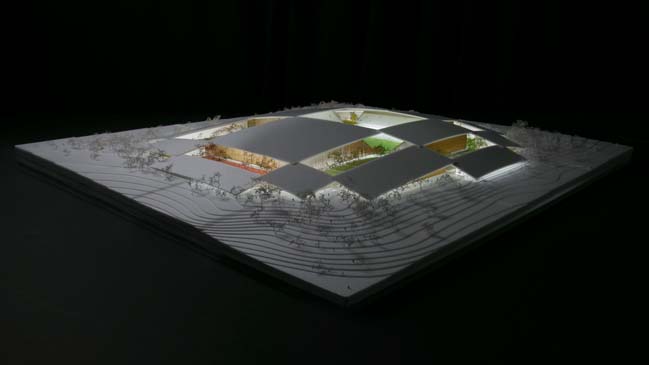 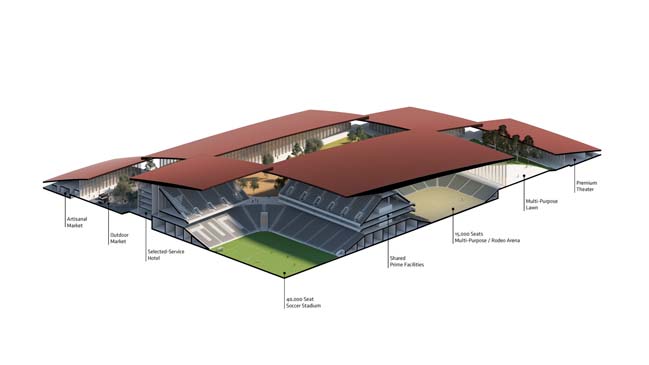