The intervention interest the side access of the Church of San Francesco d'Assisi of the Friars Minor Conventuals, inside the historical center of the city of Comiso. 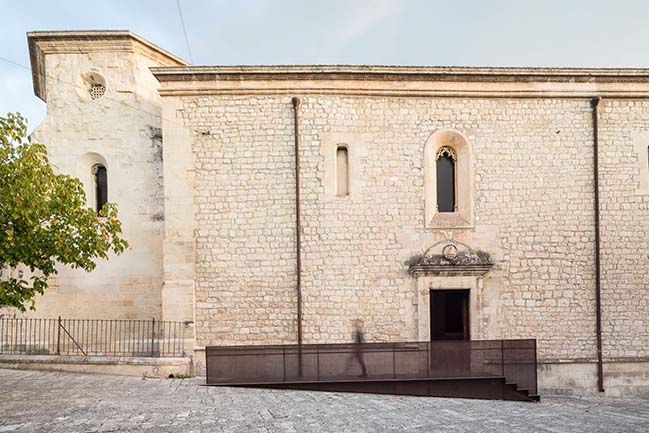 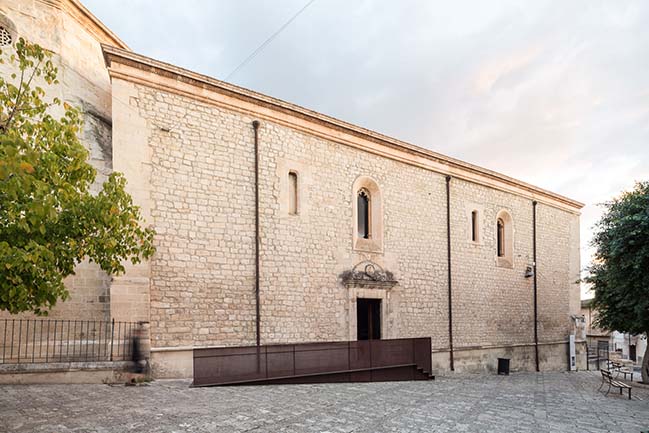 From the architect: The entrance to the Church currently takes place through three stone steps, which constitute a barrier to the free use of the entrance in question. The aim of the project is therefore to overcome this architectural barrier, simultaneously catching the challenge of incorporating a new architectural element into a historicized context. 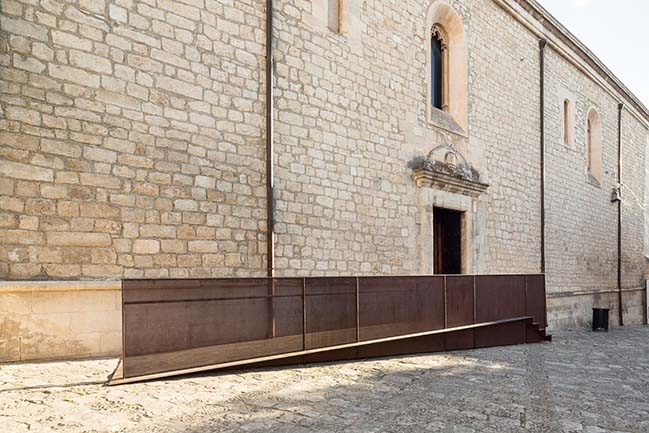 The catwalk object of the intervention exploits the slope of the square, succeeding in determining a double access to the side entrance: the first allows the overcoming of architectural barriers through a horizontal plane placed at the footfall level of the paviementation of the Church itself; the second, on the opposite side, connects the difference in height between the square and the internal areas through the construction of four steps. 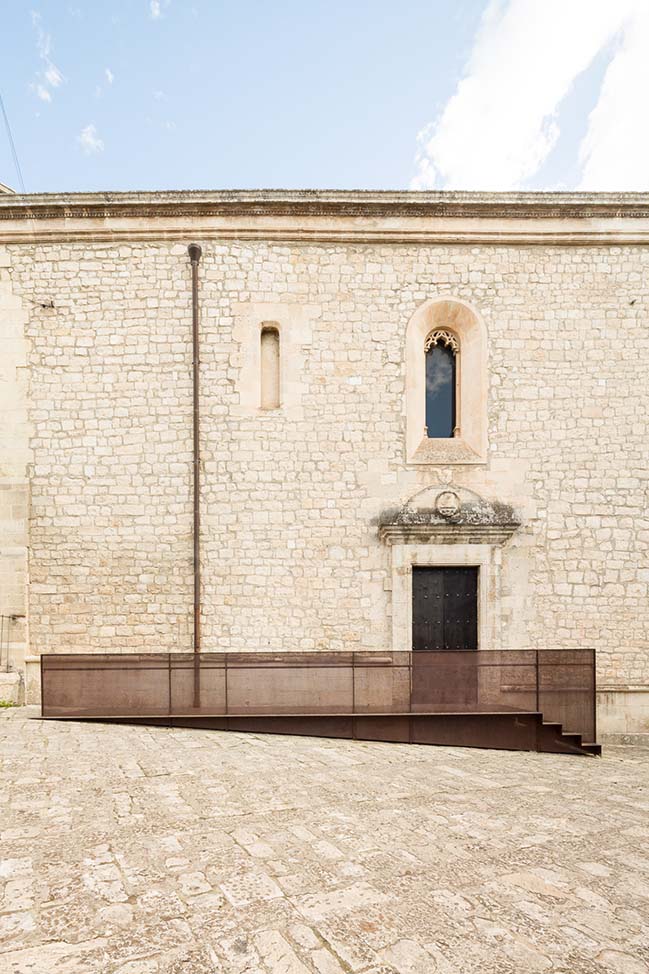 The walkway consists of Cor-ten sheet metal sheets: the walking surface is generated by solid sheets, while the parapet is made of micro-perforated sheet. The choice of this material is an expression of a dual will: to give life to a visually light element, which respects the pre-existence, emphasizes it and, at the same time, has its own character and recognisability; secondly, the assembly and the dry laying allow the possible removal of the element and its minimal interference with the existing context, being an element that lies on the existing steps, simply covering them.

It therefore follows that, according to the dictates of the Superintendency and museum practices, the entire structure is detached from the façade so as not to alter it. 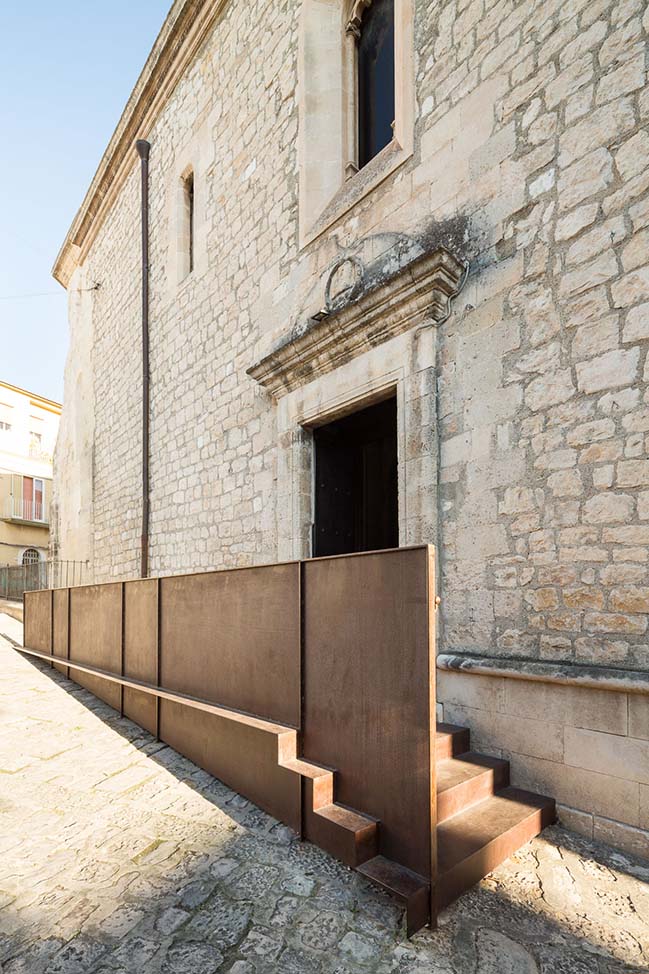 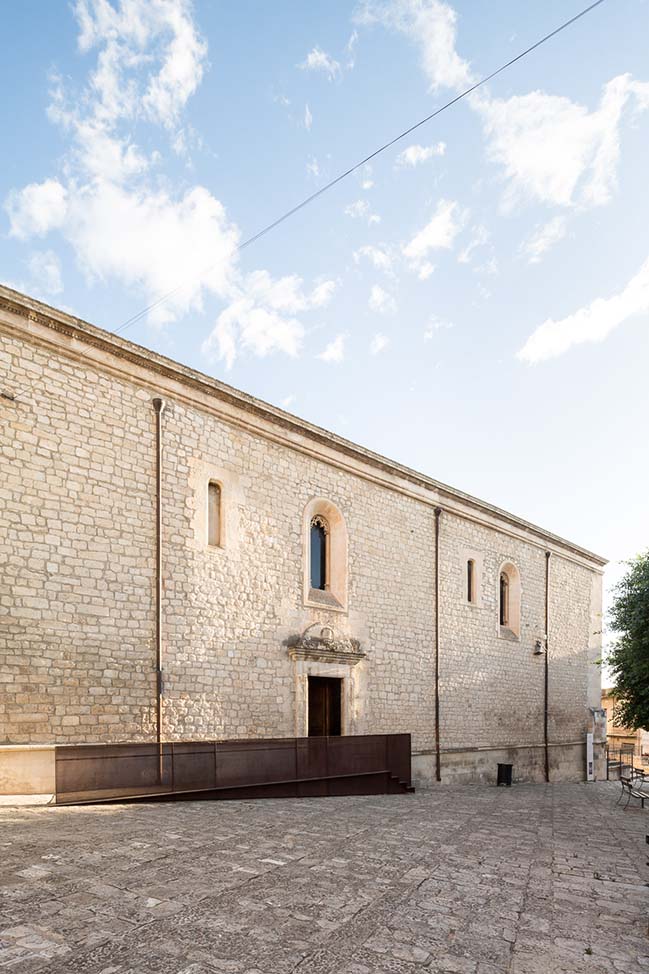 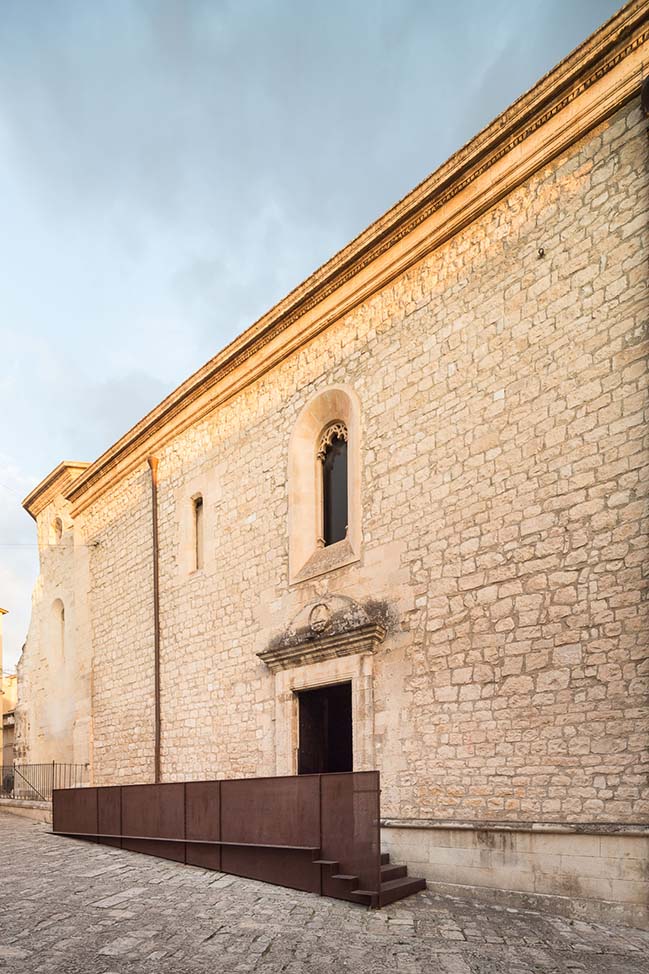 > You may also like: Garden Housing Lot 12 by Nunzio Gabriele Sciveres and Giuseppe Gurrieri 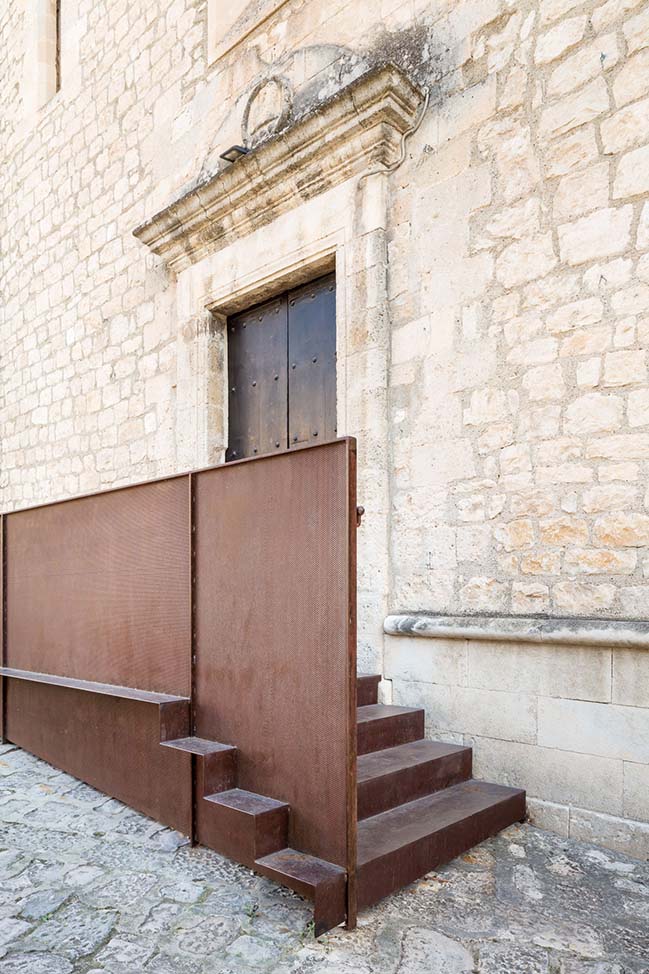 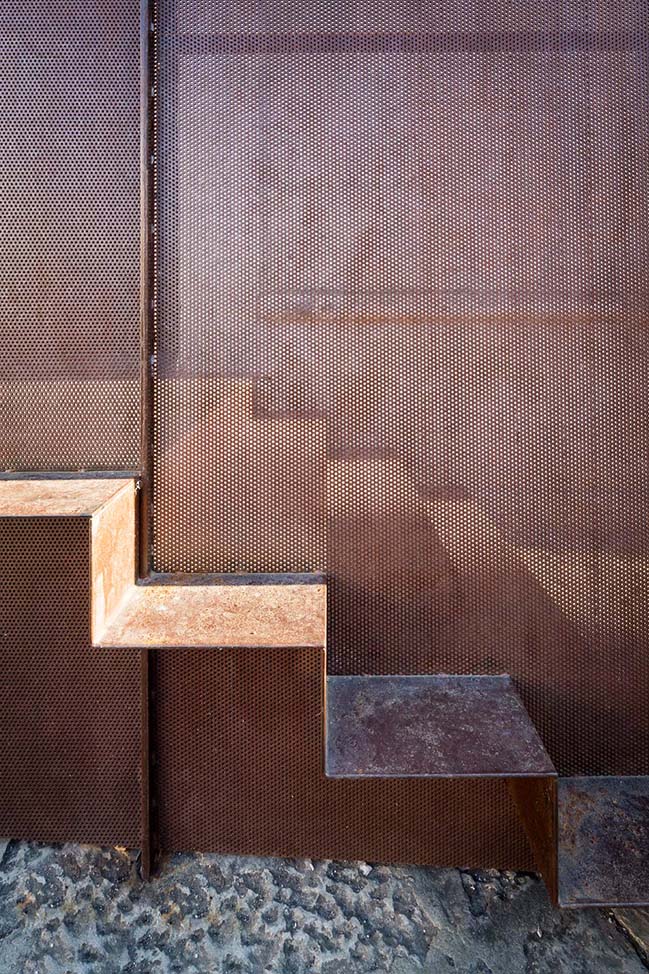 > You may also like: Garden Housing Lot 16 by Nunzio Gabriele Sciveres and Giuseppe Gurrieri 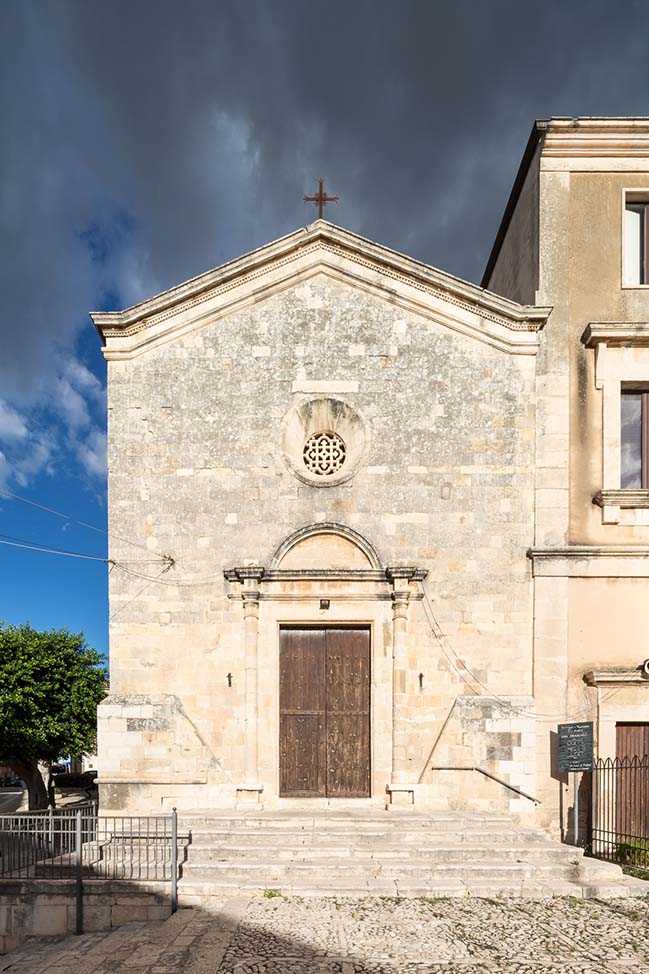 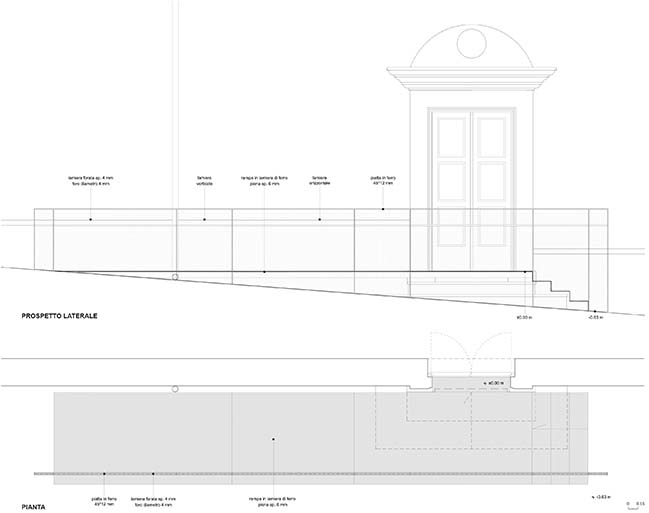 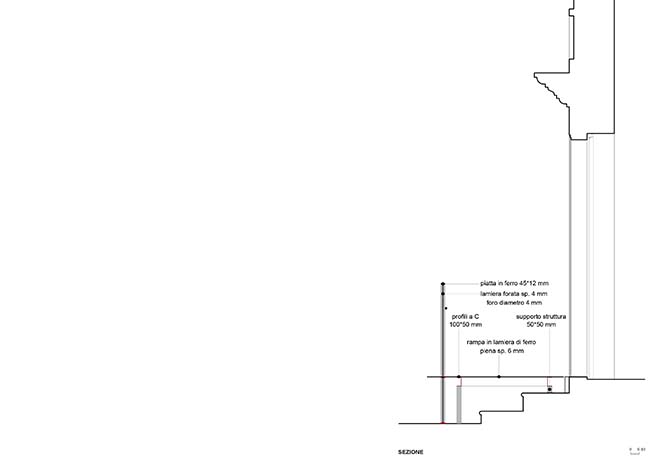 10 / 20 / 2018 The intervention interest the side access of the Church of San Francesco dAssisi of the Friars Minor Conventuals, inside the historical center of the city of Comiso