Vicent Callebaut has revealed plans to transform the Botanic Center which was built in 1977 in Brussels to create a unique new look with with densely planted facades. 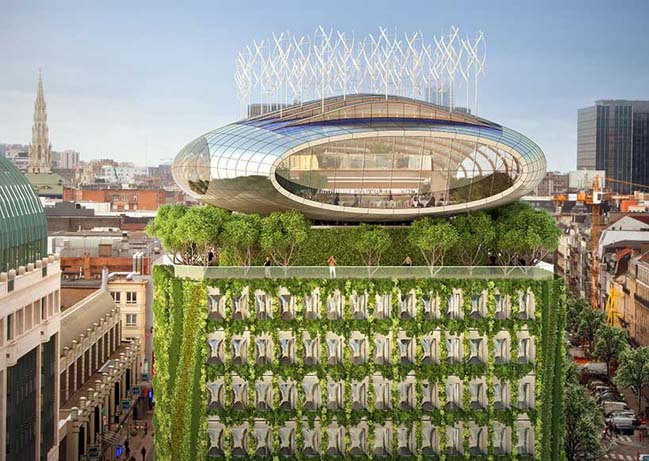 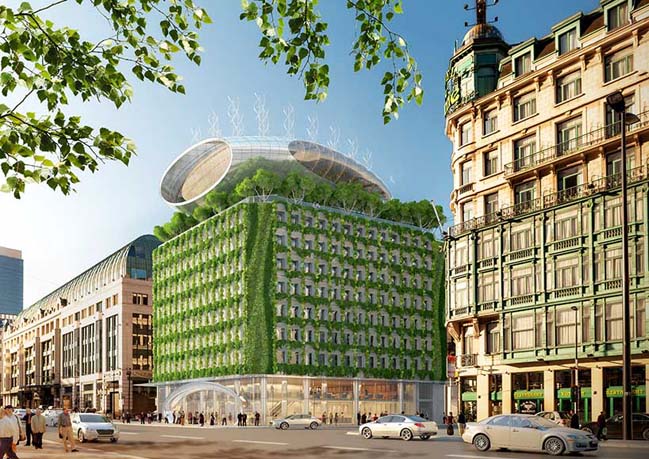 Project's description: Built in 1977, the Botanic Center looks vertically unfinished today. With its 274 identical, ornamental concrete modules typical of the modern period, the façade doesn't reflect the birth name of the building, related to the nearby Jardin Botanique (botanical garden). 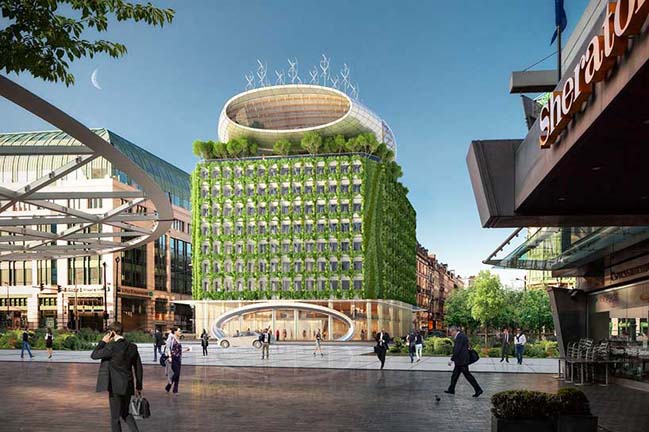 The proposed concept is to "bloom" the existing building, in the botanical, flowering sense of the word. Planter beds and a web of cables act as substrate, dressing the mineral façade with a vegetal envelope that regroups the entire range of the flora endemic to the Brussels area. 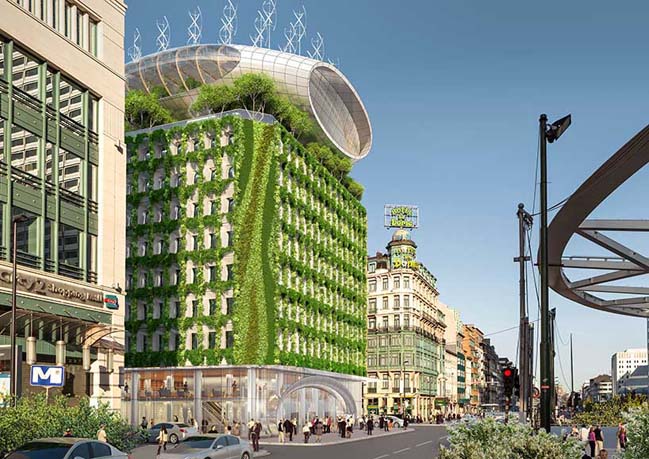 At the top of the building, a "Chrysalis" made of wood and steel deploys its curves to offer panoramic views to tenants and visitors, while echoing the large, Xaveer De Geyter-designed circular canopy that now covers the Place Rogier. 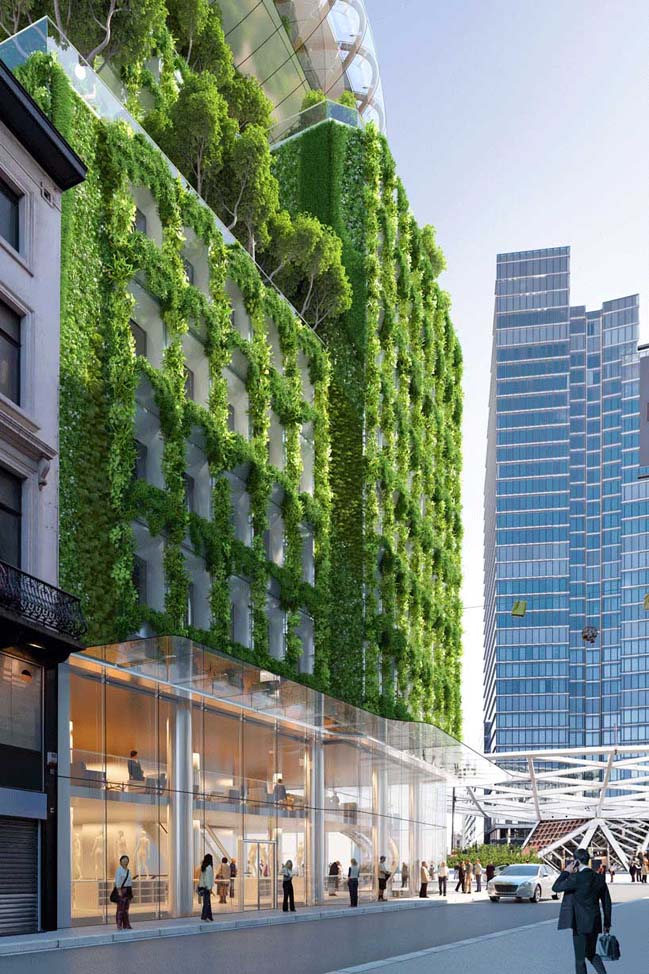 Located strategically at the entrance of the Rue Neuve, and across from the City 2 shopping mall (the largest in Belgium) and the Belfius tower, the Botanic Center benefits from an exceptional urban location worthy of celebration. 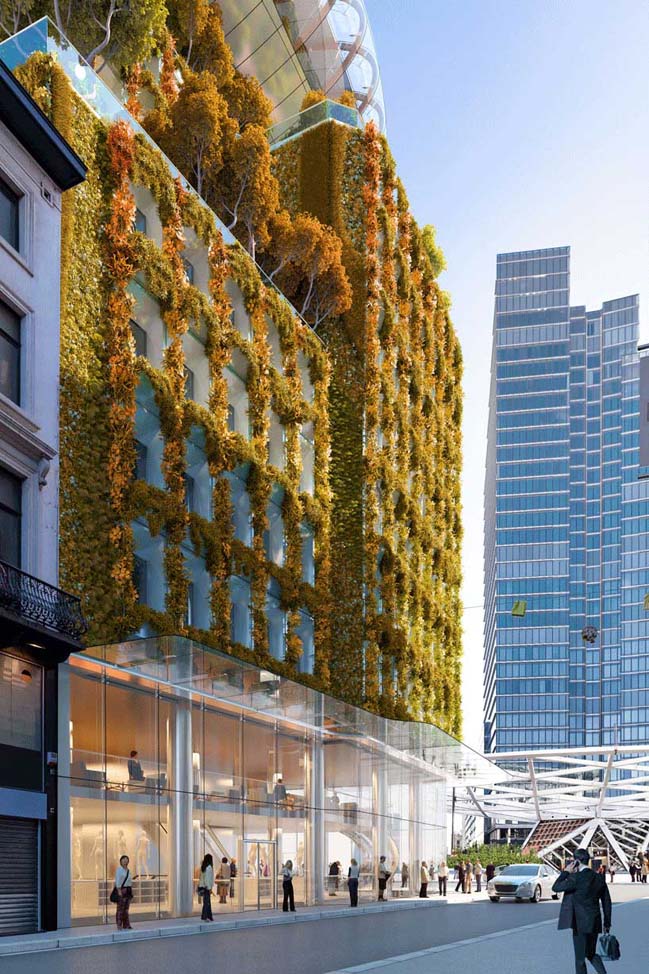 Given the project's location in the heart of the highly mineral Boulevard Botanique, recommending an ecological landmark and vegetal architecture was an obvious choice -- using photosynthesis to absorb the carbon particles contained in the urban smog, while integrating advanced renewable energies that address the project's own needs. 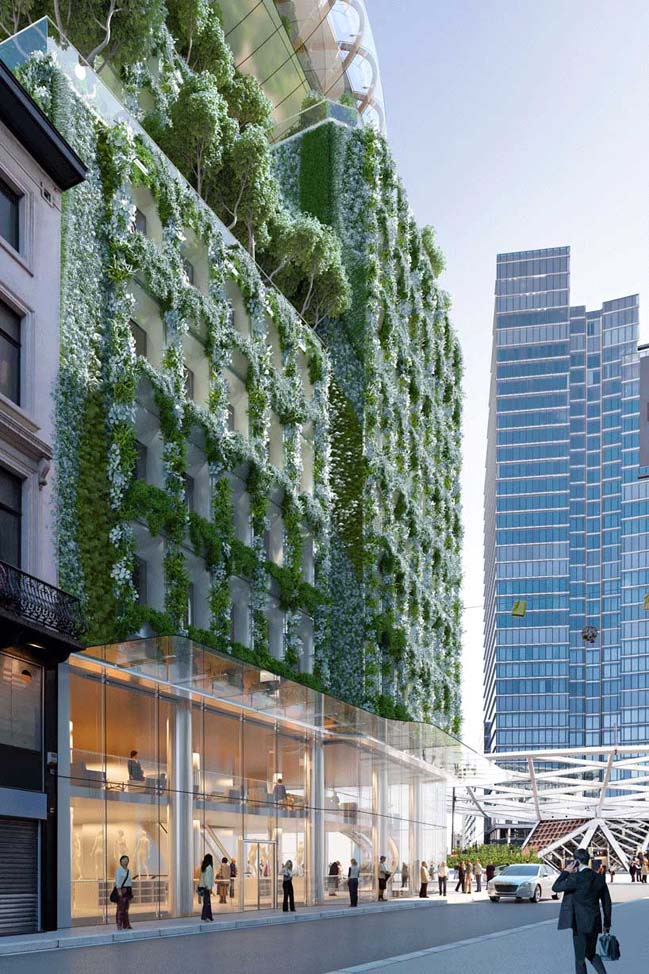 The Chrysalis is carefully placed on the roof, aligning with the scale of the City 2 shopping mall. Its proactive (i.e., no longer inert) architecture embraces its era.On the ground floor, a contemporary façade and structural glass canopy reinforce the appeal of the public space by enhancing the indoor/outdoor interaction towards the Place Rogier, thus forming a homogenous, dynamic whole. 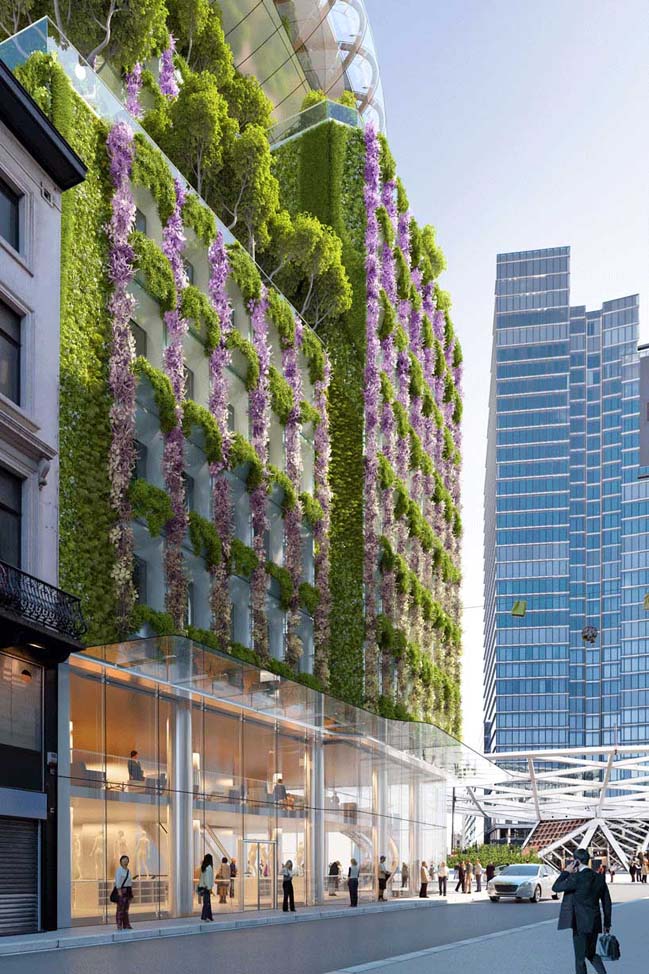 Our ambitions are as follows: to imagine a vegetal envelope on the three façades of the Botanic Center; to bring biodiversity back into the heart of the City; and with the help of botanists, to select plants that will color the building according to seasons. 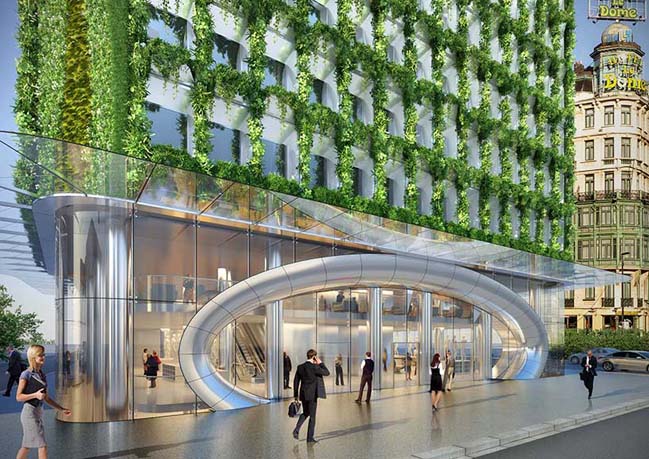 The 274 planter beds are directly integrated into the 274 existing modules of the façades. They enable the growth of overhanging and climbing plants along the web of cables woven into the existing vertical seals of the façades. A drip system irrigates the beds. Maintenance is performed twice a year, at the beginning of spring and the end of autumn. 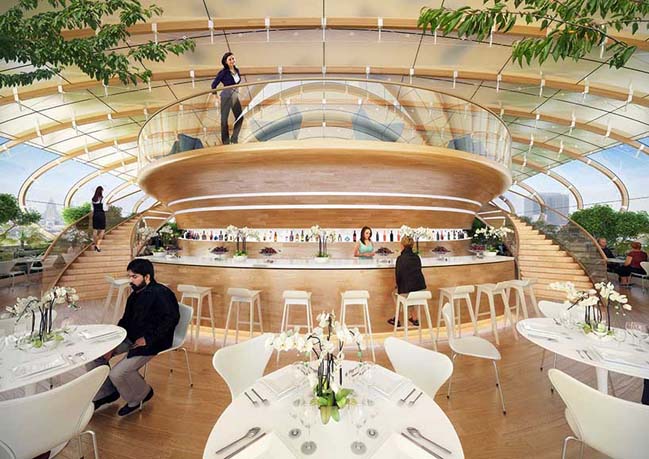 The photosynthesis of the 10,000 plants covering the façades and green roofs enable the capture of close to 50 tons of carbon dioxide in the Brussels atmosphere each year. In addition, the vegetal façades increase the building's thermal inertia, while the woodwork and window panes are replaced by curved double glazing with high performance, airtight tilt and turn frames. 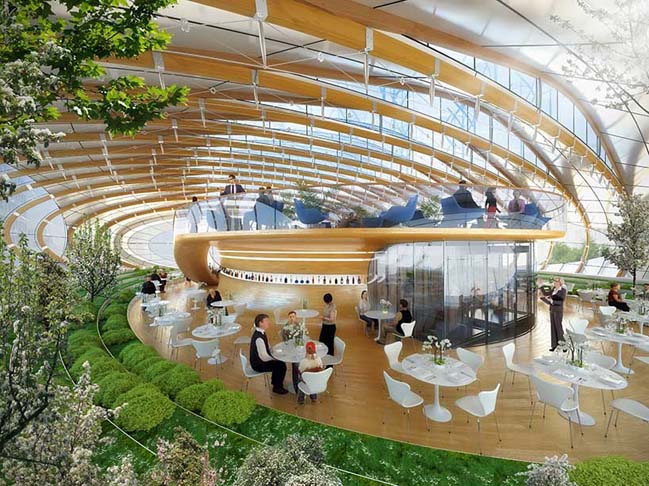 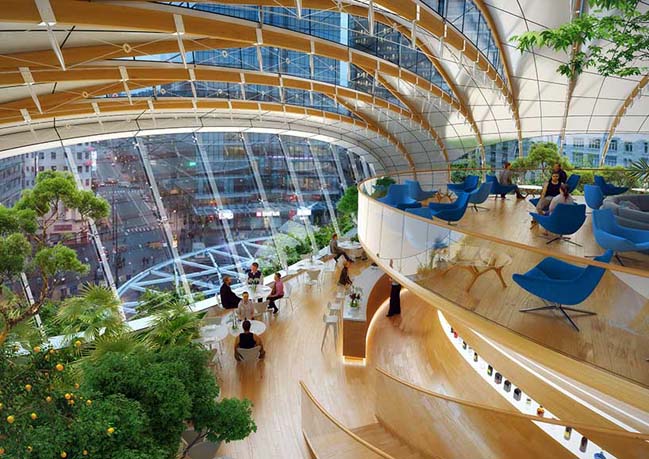 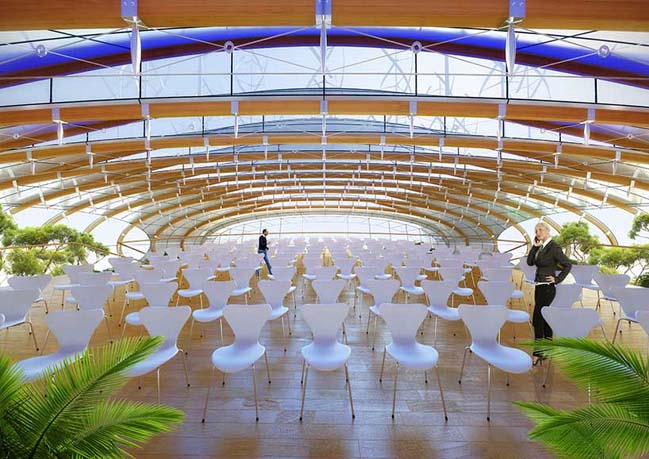