Vessel is a new type of public landmark – a 16-storey circular climbing frame, with 2,465 steps, 80 landings and views across the Hudson River and Manhattan. It is the central feature of the main public square in the Hudson Yards development, one of the largest real estate projects in American history, which is transforming a former rail yard in Manhattan’s Upper West Side into a completely new neighbourhood, with more than five acres of new public spaces and gardens. 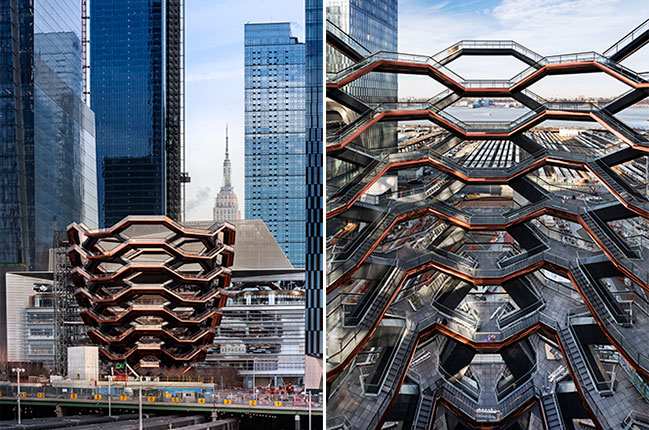 Heatherwick Studio was asked to design a centrepiece for Hudson Yards, something that would welcome visitors into the heart of the district and create a new place to meet in Manhattan. Part of the challenge was to create something memorable that would not be overwhelmed by the surrounding cluster of towers, or the scale of the new public space above the train platform. Exploring different possibilities, the team started to narrow the parameters: it should be a memorable single object, not a series of objects dispersed throughout the space; rather than an inert, static sculpture, it should be a social encounter, which encourages activity and participation – it should be fun. 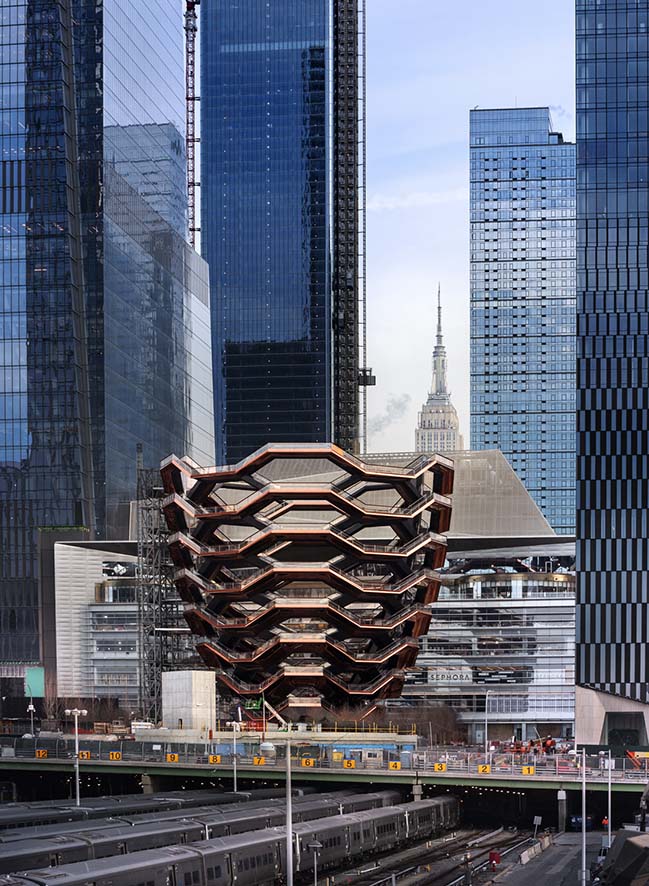 Looking at the places in cities where people naturally congregate, the underlying infrastructure is often simple – a staircase, for example, such as the famous Spanish Steps in Rome. Researching this typology further, the studio explored traditional Indian stepwells; these have an intricate network of stone stairs, so that as the water level in the reservoir changes, the surface is still accessible. However, like an amphitheatre, the focus of a well is its centre, and the studio wanted to create an experience that was outward as well as inward-looking. 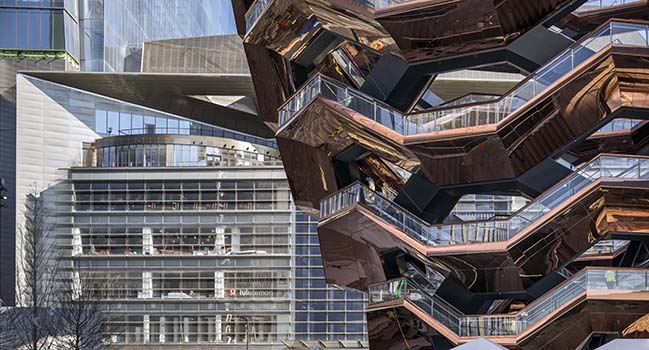 By opening up voids between the steps to create a threedimensional lattice, the public square could be stretched upwards, creating more than a mile of routes that could be explored in different ways. To create the continuous geometric pattern of the stepwell, with 154 interconnecting flights of stairs, the object had to be self-supporting – a discreet structural solution was required, which did not need additional columns and beams. This was resolved by inserting a steel spine between each pair of staircases, creating a natural division between ‘up’ and ‘down’. The raw welded steel of this structure is exposed to give the object clarity and integrity, and the underside of the staircases is clad in a deep copper-toned metal, setting them apart from the surrounding architecture. 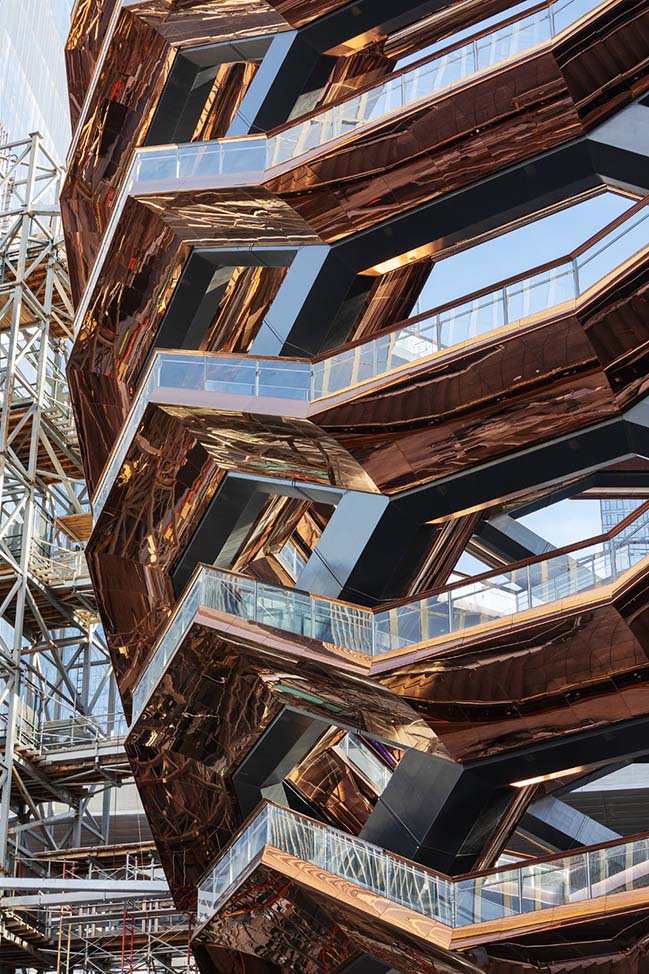 Every element of the Vessel is bespoke, from the joints to the handrails. The 75 huge steel components were produced in Venice by specialist fabricator Cimolai, before being brought from Italy in six shipments, carried across the Hudson River by barge, and assembled on site in a process that took three years. Yet despite the size of the Vessel, it has been designed at a human scale, to be climbed, explored and enjoyed by New Yorkers and visitors – a simple structure, animated by people and the reflections of the square beneath. 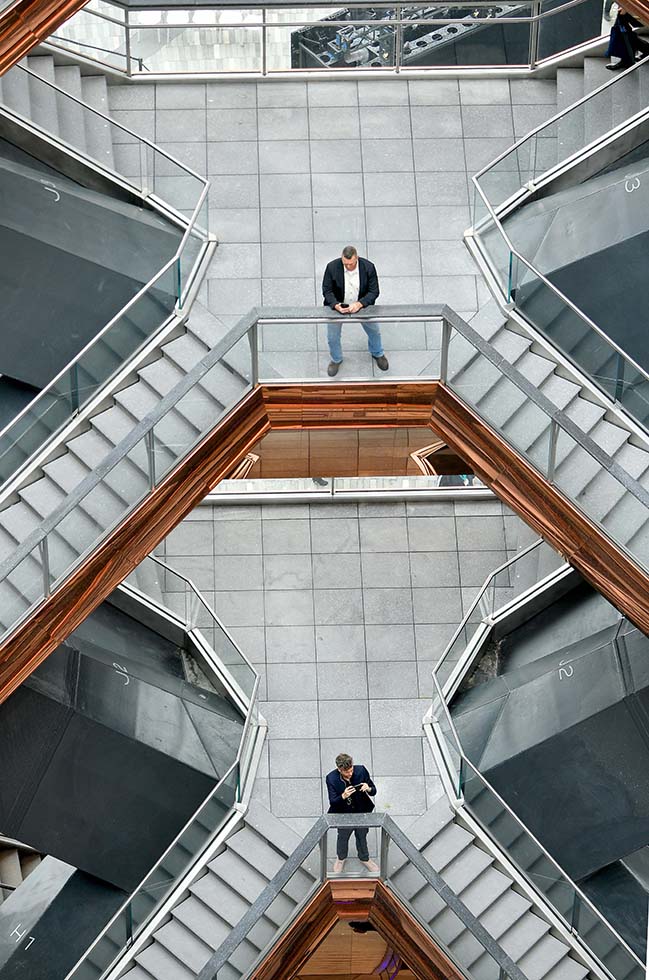 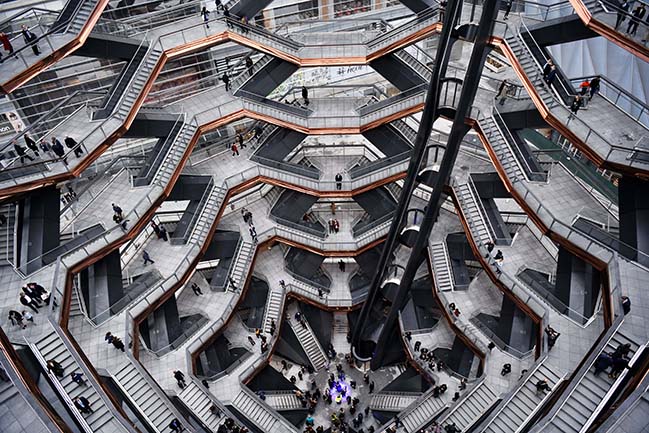 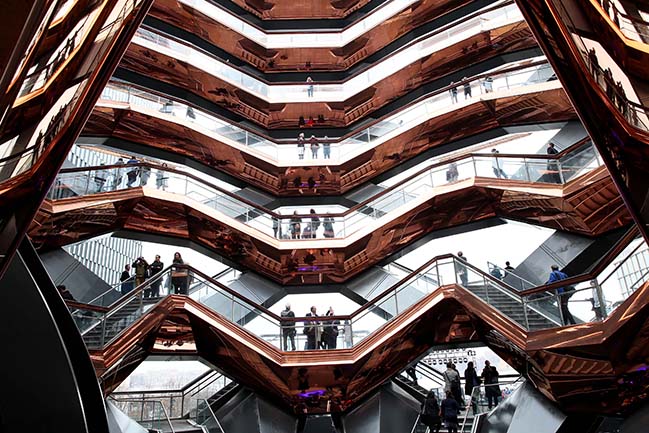 YOU MAY ALSO LIKE: Olympia London Plans by Heatherwick Studio and SPPARC 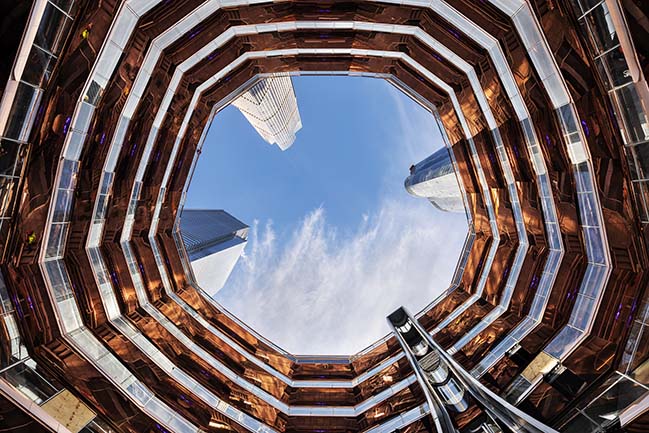 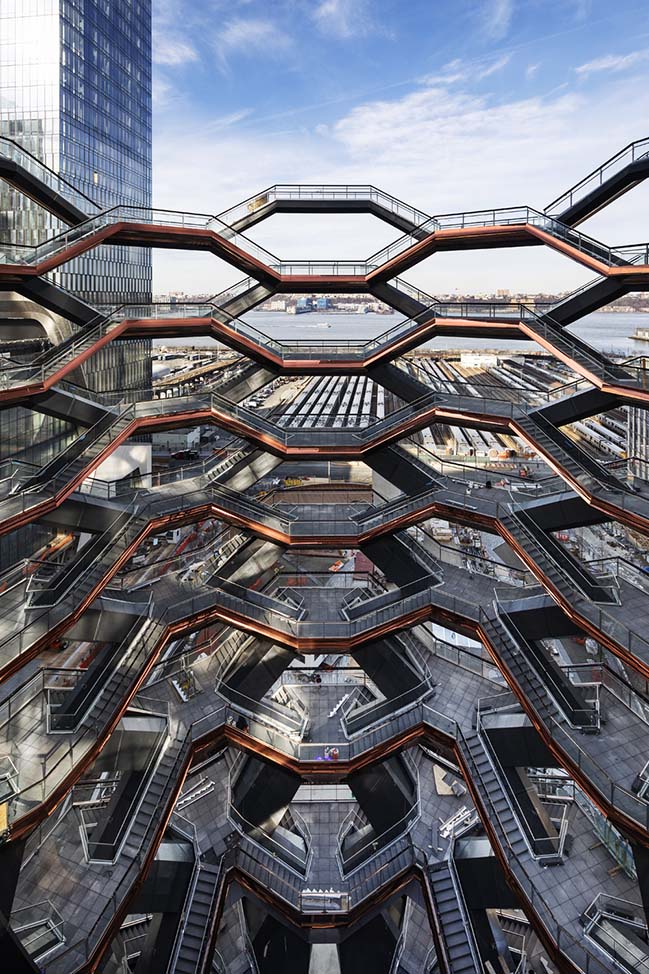 YOU MAY ALSO LIKE: Google King's Cross by Heatherwick Studio and BIG 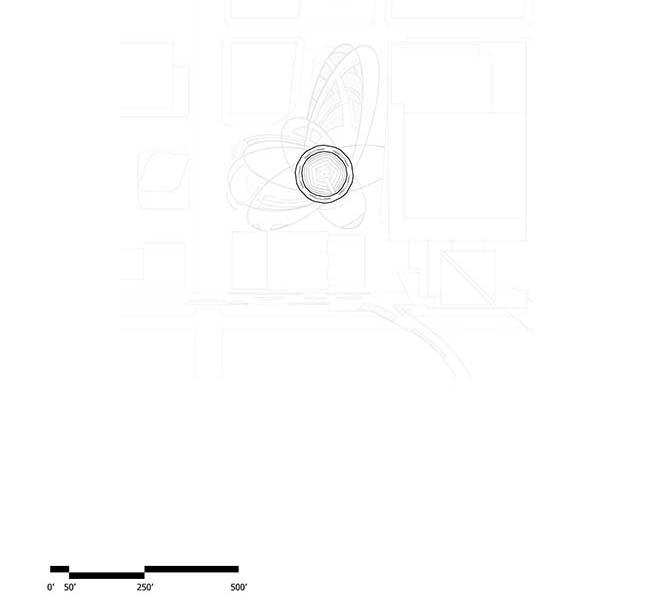 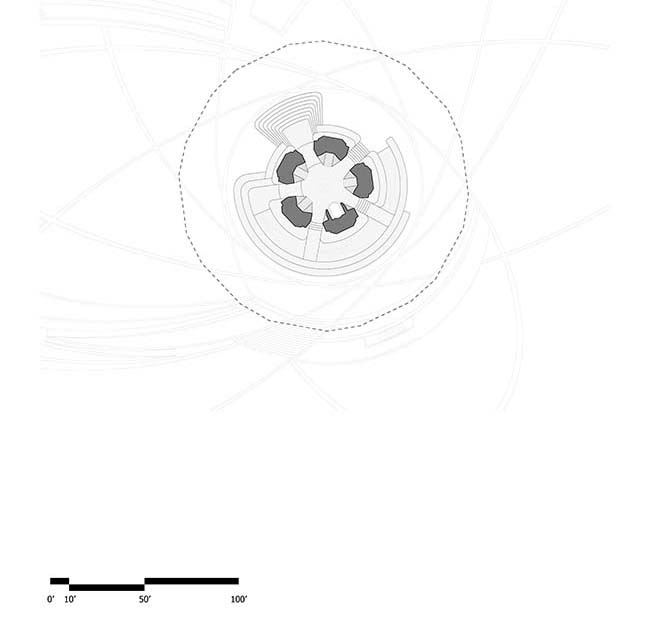 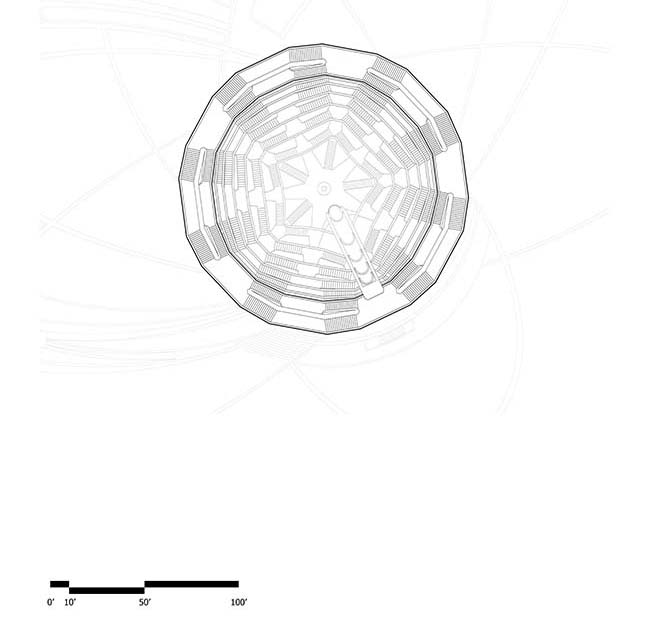 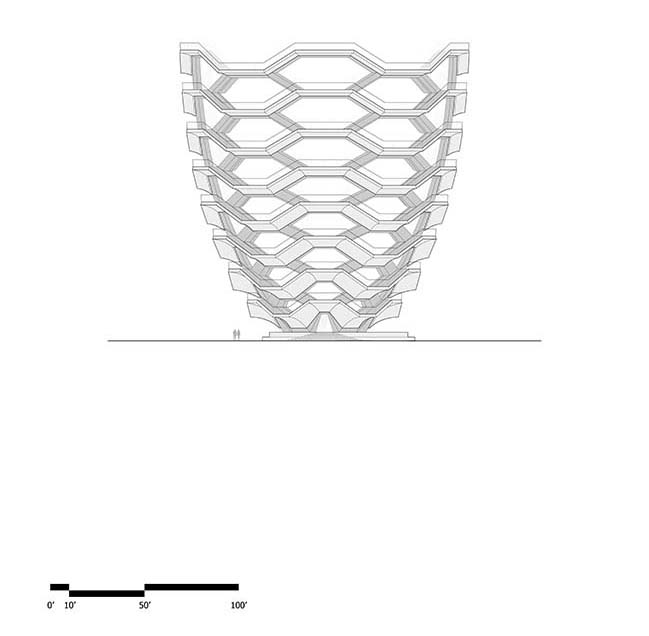 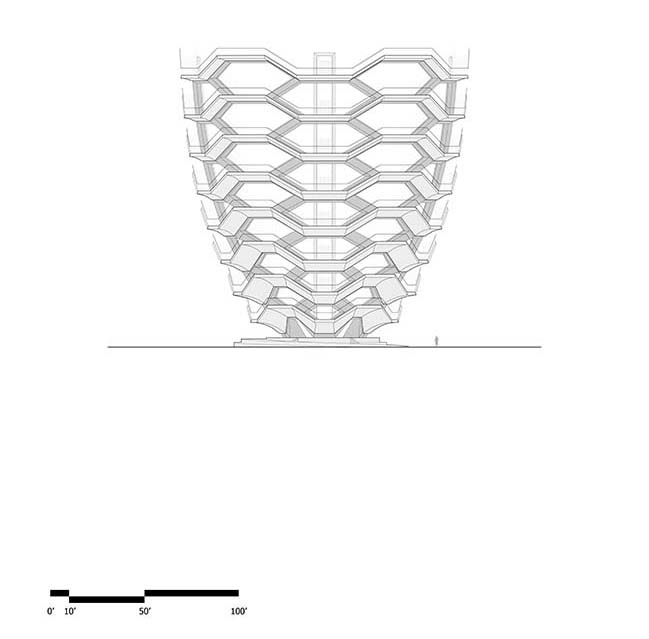 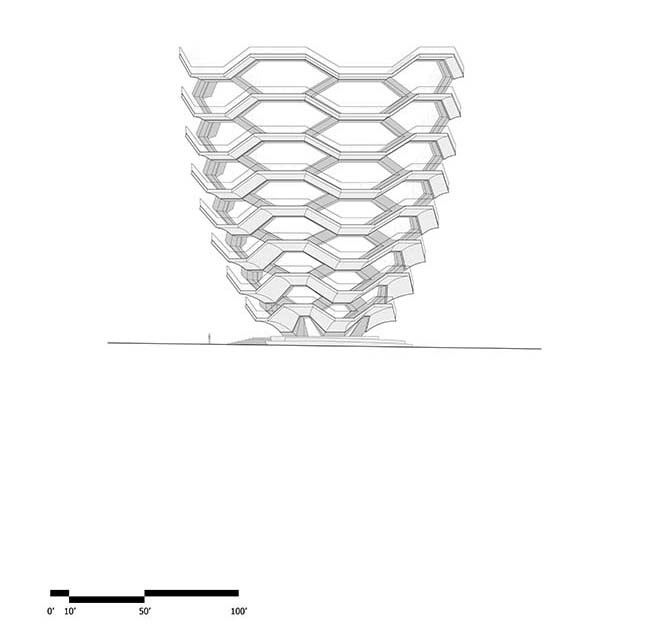 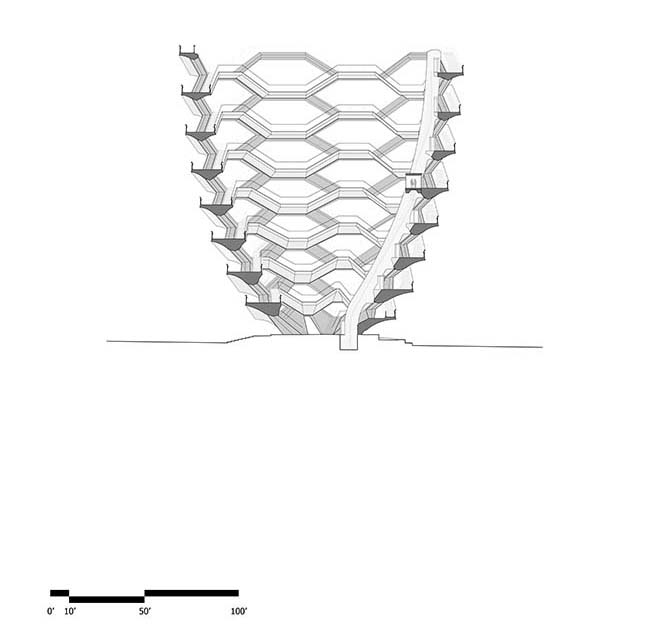 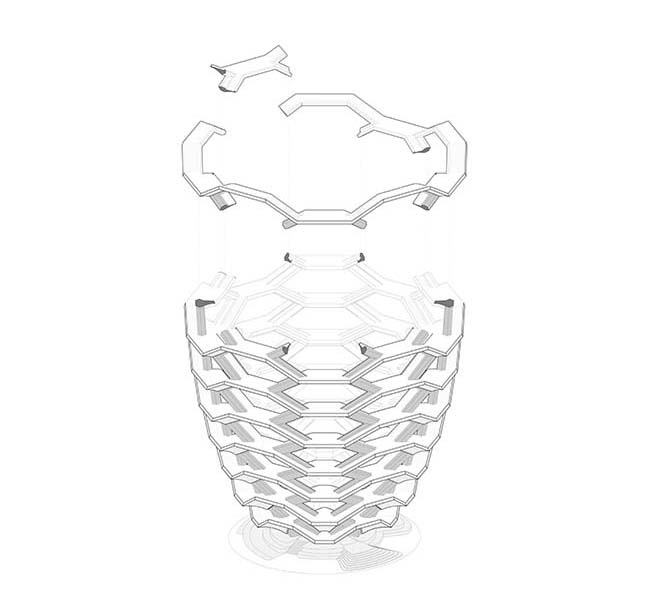 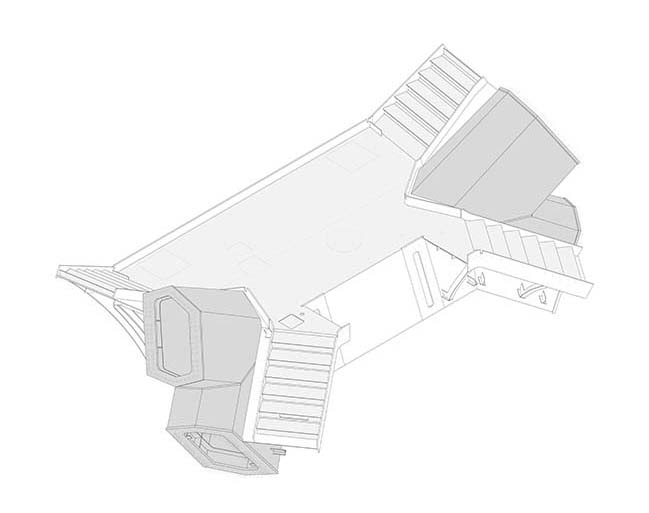 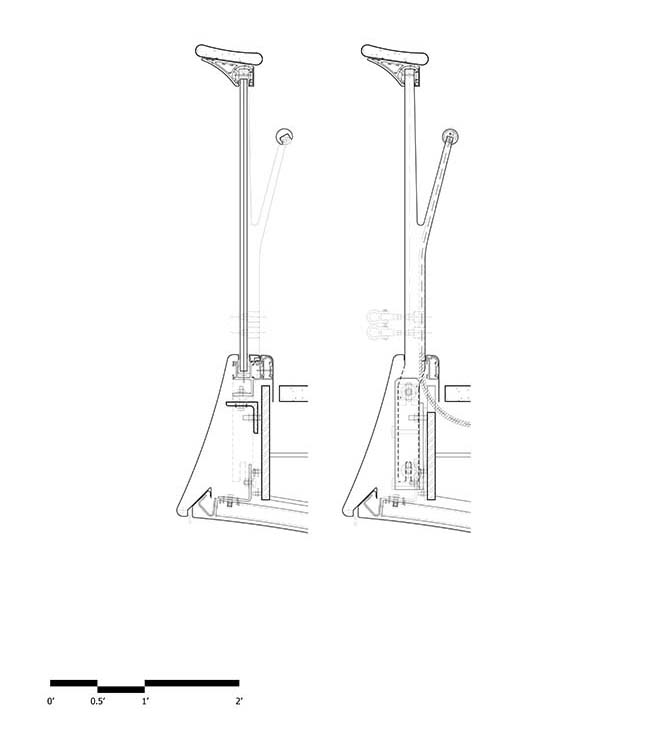 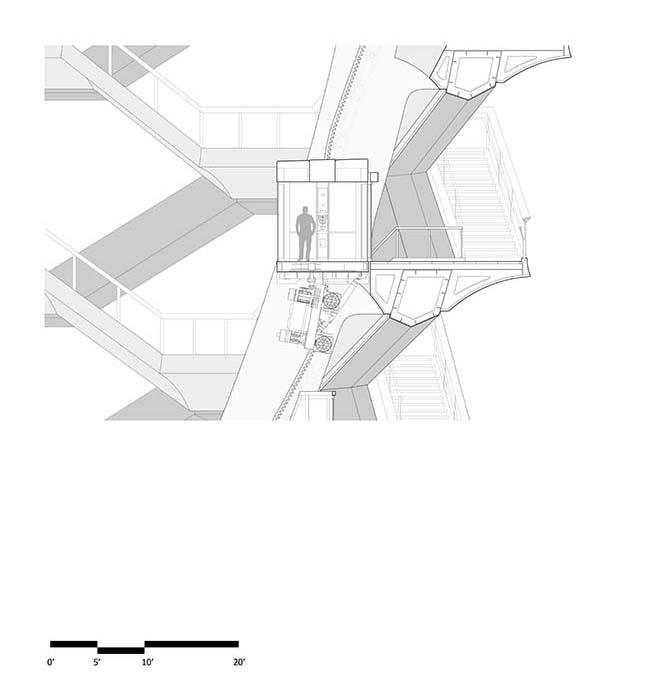 Recommended post: House in the Fields by Estudio ACTA