In a single enchated courtyard right behind the Museumsquartier (English: museum's accommodation) smartvoll has resuscitated a small, romantic house of a coachman. 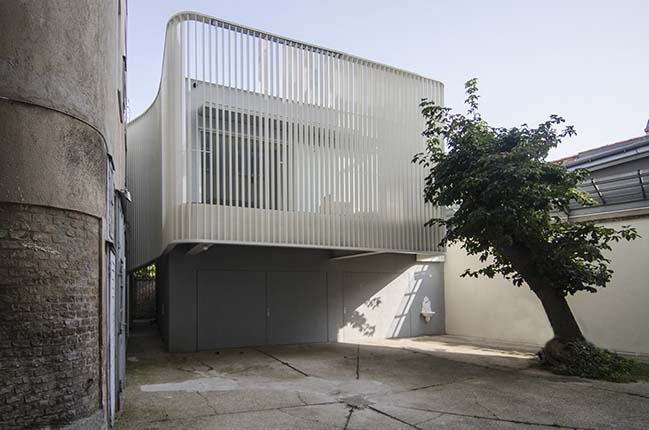 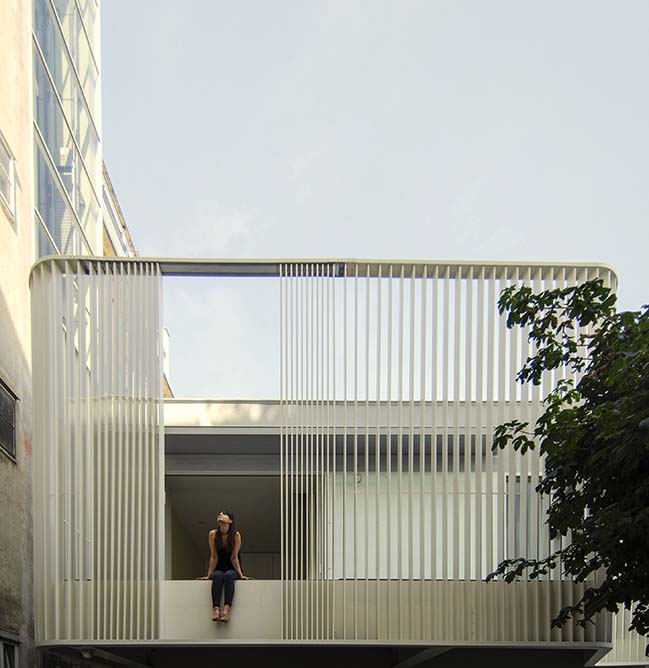 From the architect: Back then the coachman had to divide his small living area with the animal’s food chamber and his own space was also split up corresponding to the different functions of eating, sleeping, washing and living, so it was divided into smaller rooms again. 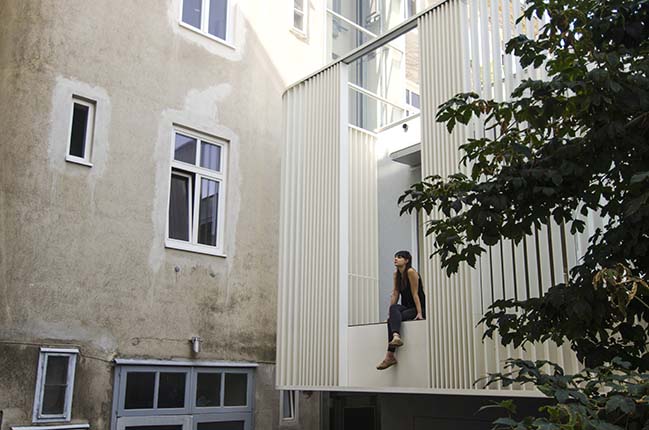 One hundred years later we combine eating, sleeping and living in one central island of living. The bathroom, the kitchen and the storage are placed in a double function wall and are kept to a minimum. The result is: A small surface can get a huge room! Outside we put a small terrace on the top of the house and keep this in an elegant dress of fins. 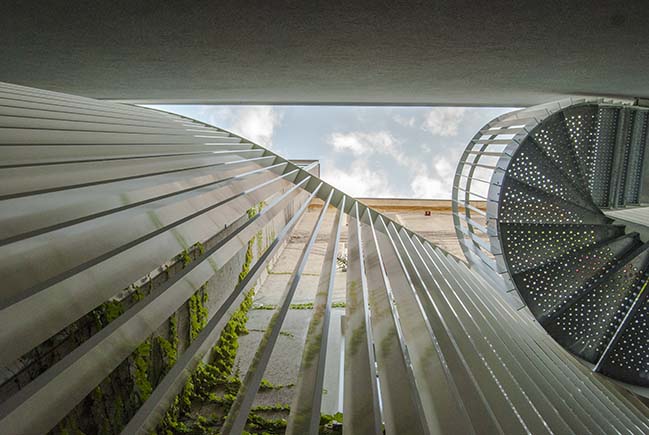 The resulting room outside doubles the 35m2 one-room-apartment and let the flat be an introverted refugium. The lamellae keep away snoopy looks from outside and tries to orientate the outside-room to the inside, they nuzzle and hug the spiral stairs that are also the beginning of the rooftop terrace. There you can enjoy an unforgettable view to the unmatched museums – old ones and new ones. 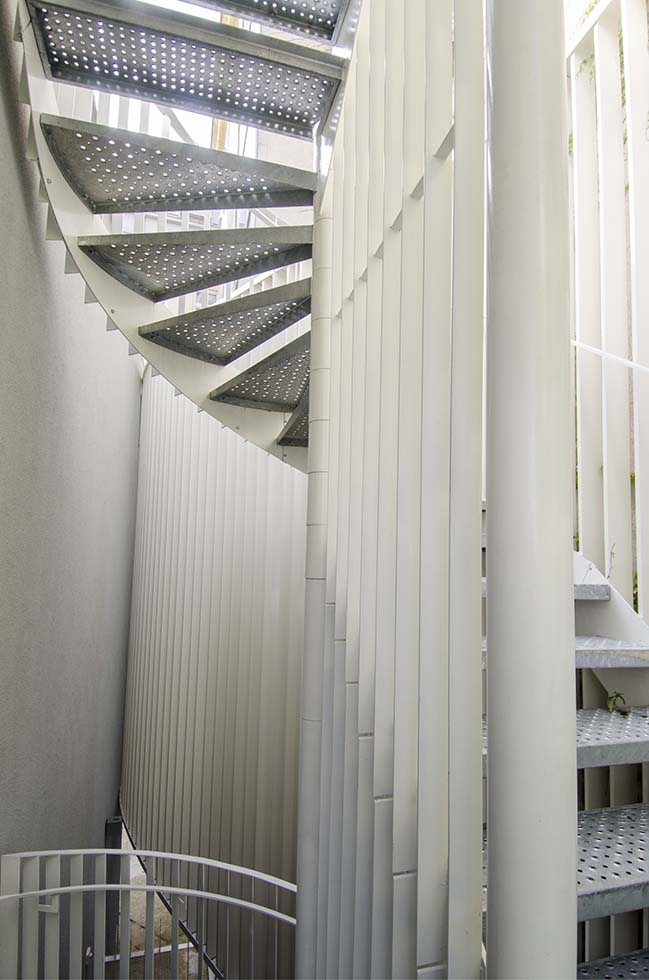 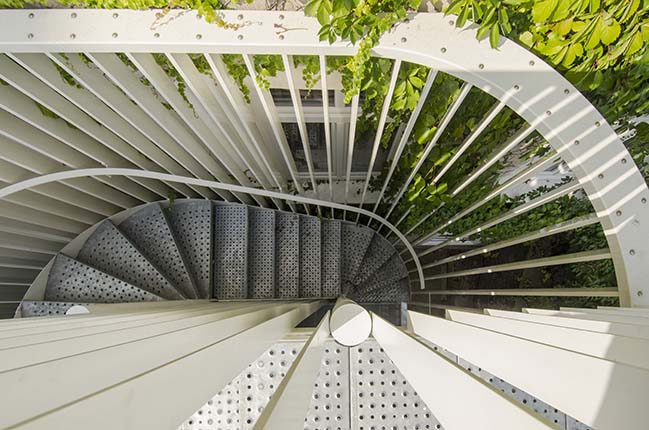 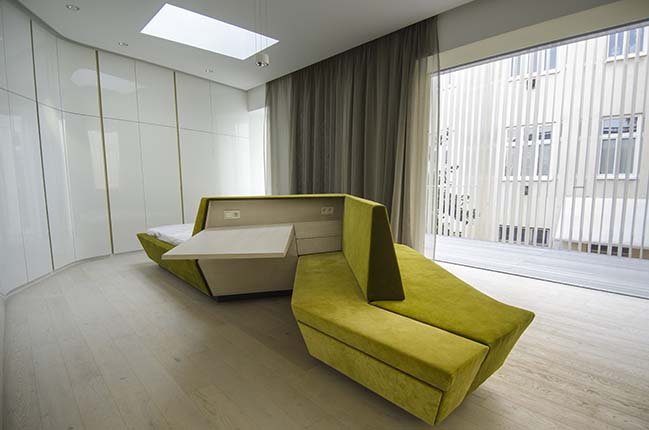 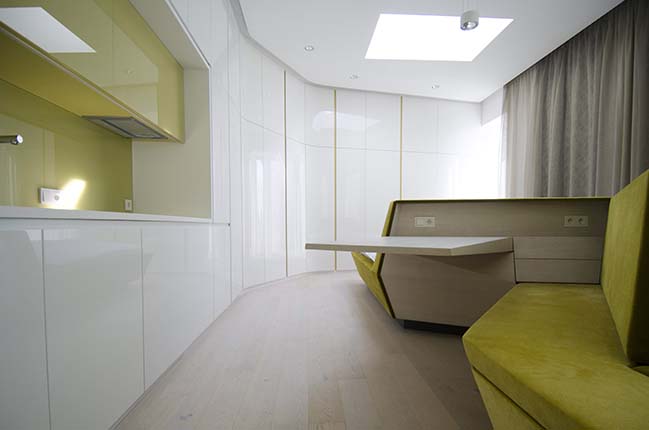 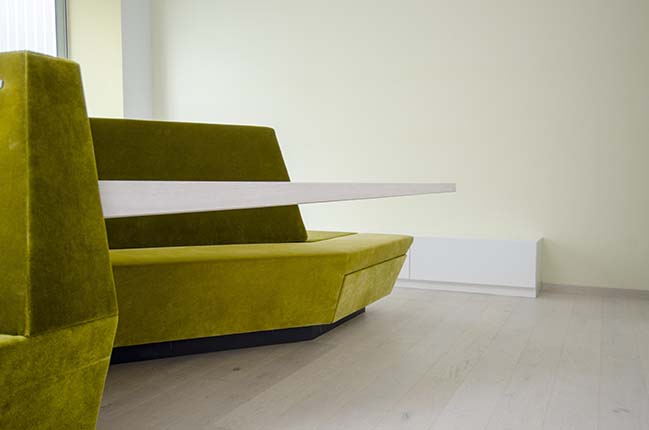 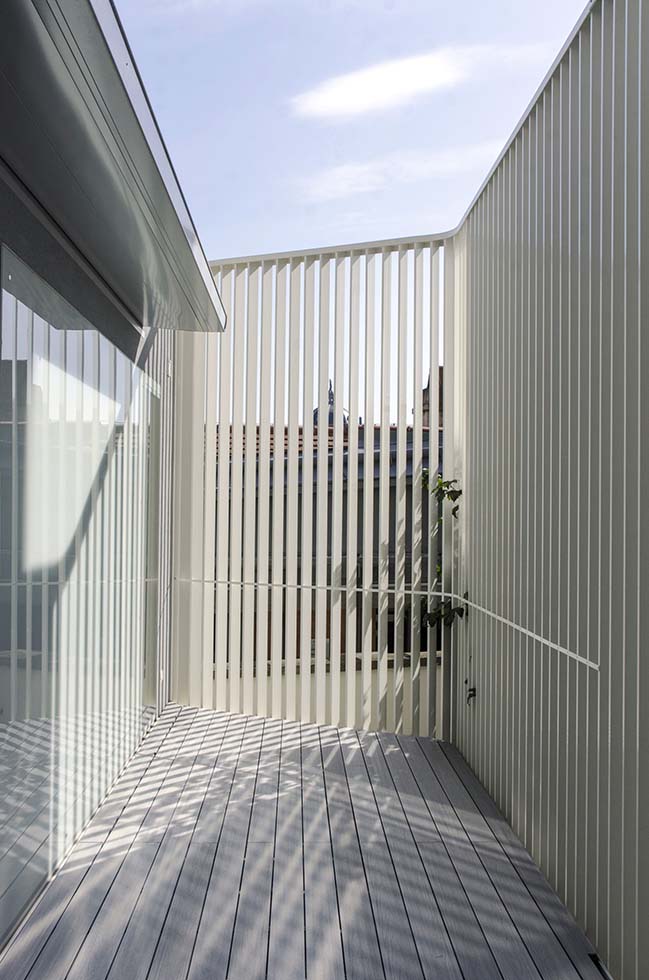 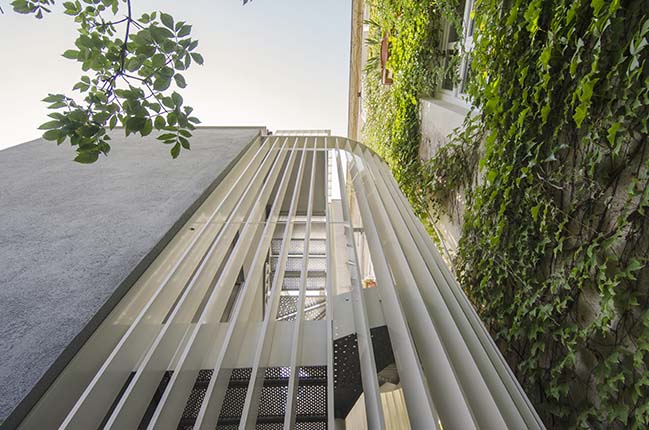 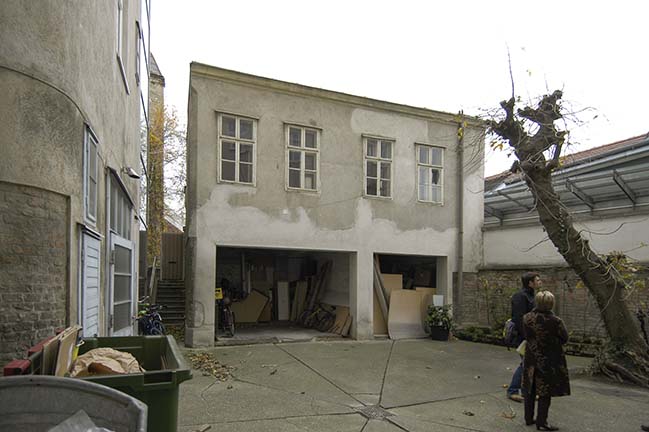 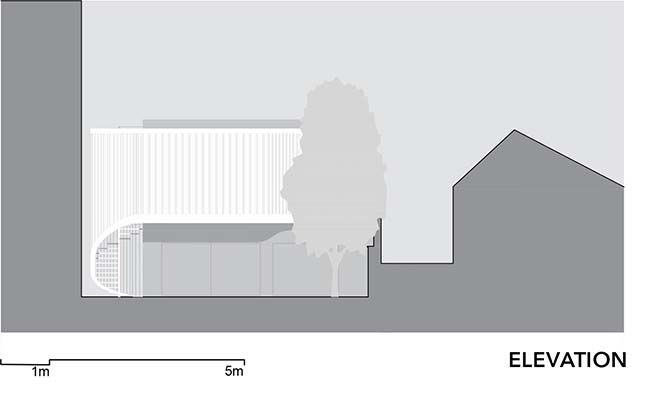 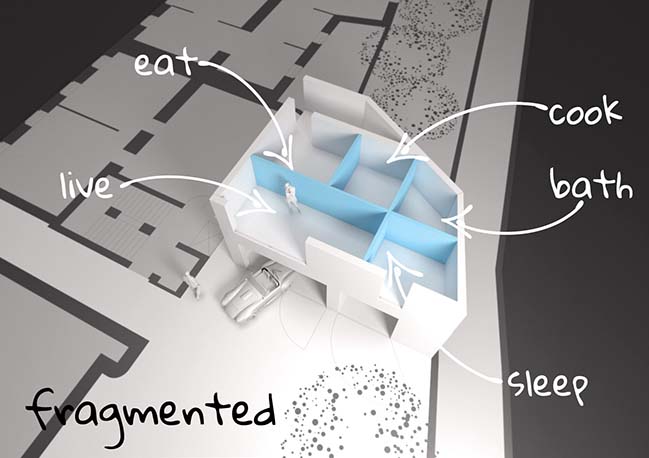 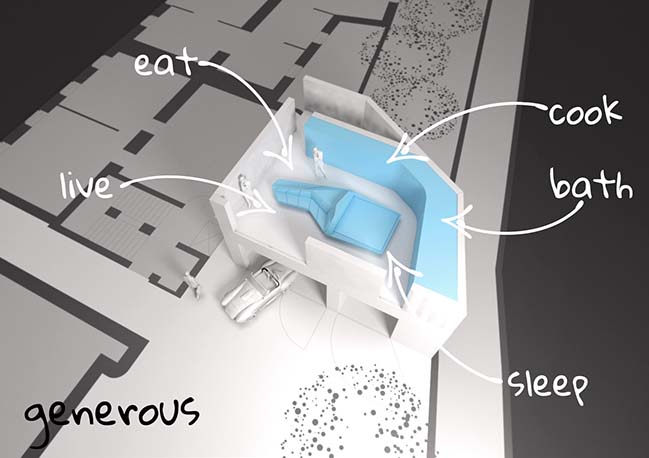 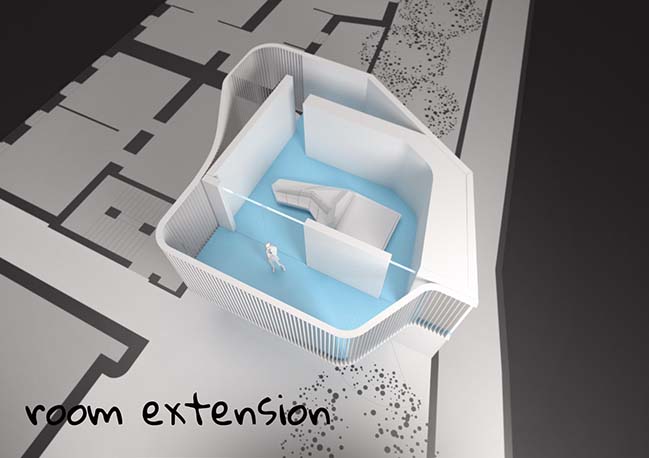 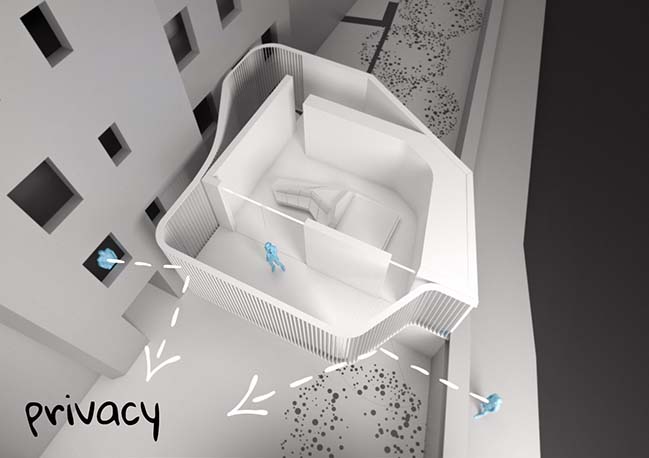 07 / 09 / 2018 In a single enchated courtyard right behind the Museumsquartier (English: museum's accommodation) we have resuscitated a small, romantic house of a coachman