Loft MDP is a brick and stone apartment that was refurbished from an old carpenter's workshop by FFWD Arquitectos to set up for inhabitation while the main constructive components were mantained. They gave charm and singularity to the space. 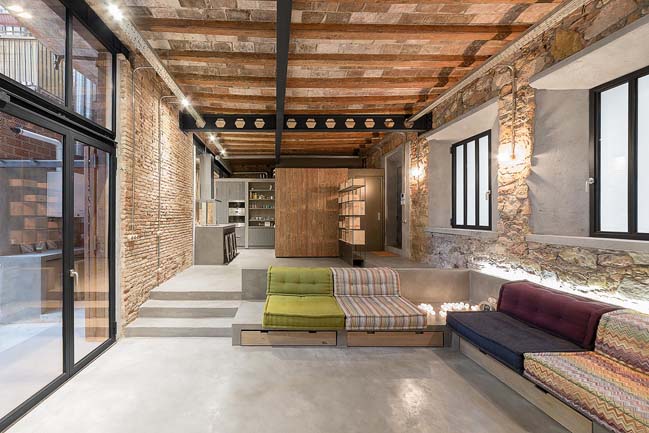 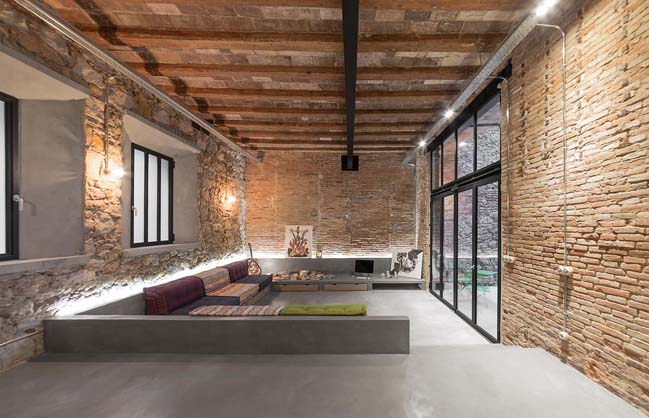 Project's description: These elements were poorly conserved. Brick and stone walls were hidden under thick linings of gypsum and mortar, as well as the ceiling surface was. Wodden beams in the ceiling were vastly damaged by termites at points, and it could affect the whole building stability. 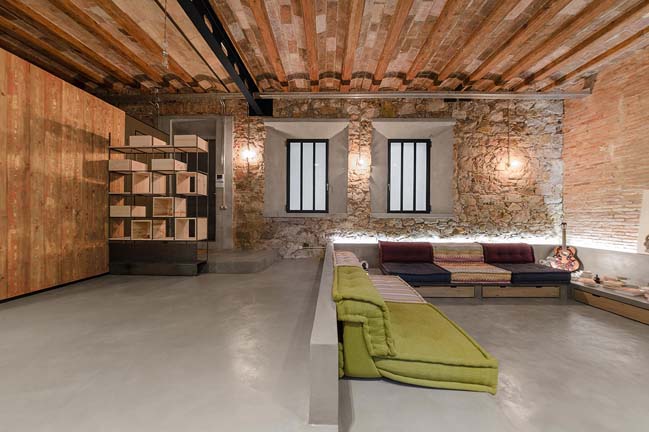 However, the property had multiple light openings. The existance of an inner patio allowed us to use translucent glass in the street windows to keep the house privacy. The main spaces of the house will be visually connected with the courtyard which will be their focus point. 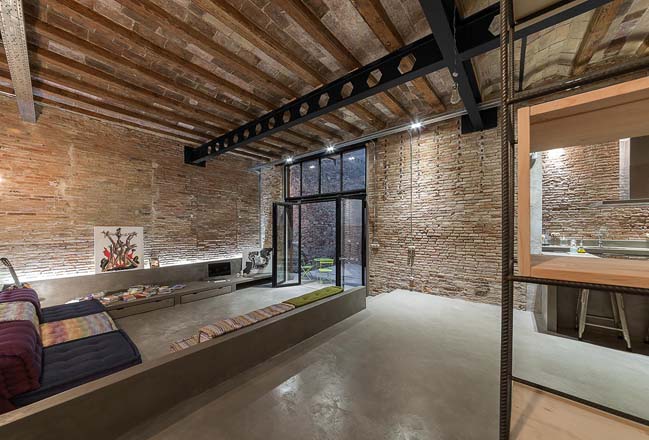 The existing valuable components which we wanted to restore formed the upper shell of the project: walls and roof. Owing to that the floor would be the new constructed element in charge of the space configuration. It becomes a magma that fills the whole base of the space. It creates open areas that are organized with the levels and objects generated. 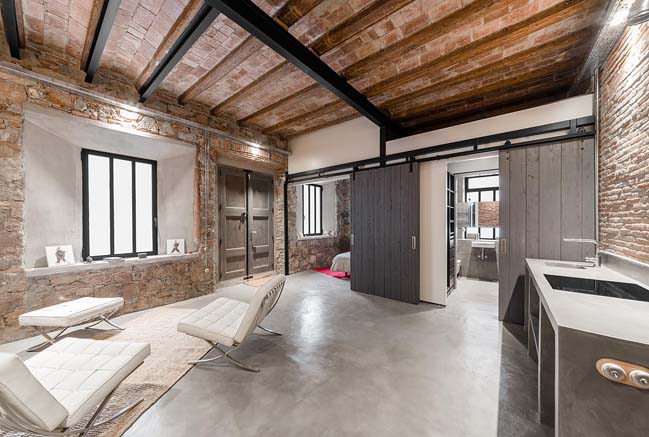 First of all, it solves the conflict produced by the two entrances at different heights. It also gives a solution for the relation between the main level and the patio level which is depressed by 45cm. 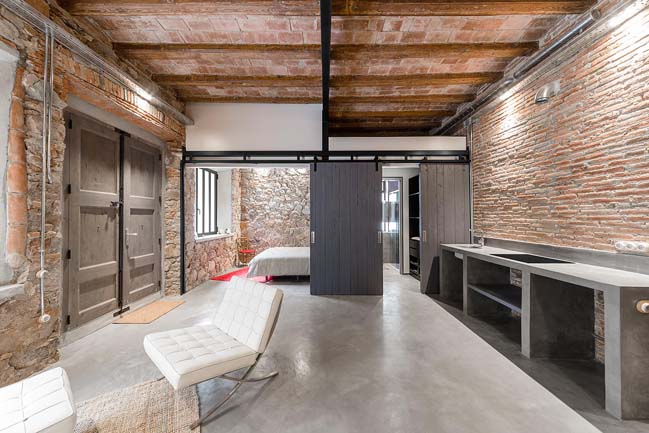 In second place, some of the fixed furniture of the house is raised from the floor. The living-room sofa, the kitchen tables and some of the bathroom sinks are brick-made, and covered with a concrete lining as the floor is.

In some of the main areas generated, space is organized with the use of closed boxes. They contain the more private uses of the house, such as bathrooms and dressing rooms. With its positioning, bedroom spaces are also generated, remaining separated from the daytime areas of the house. 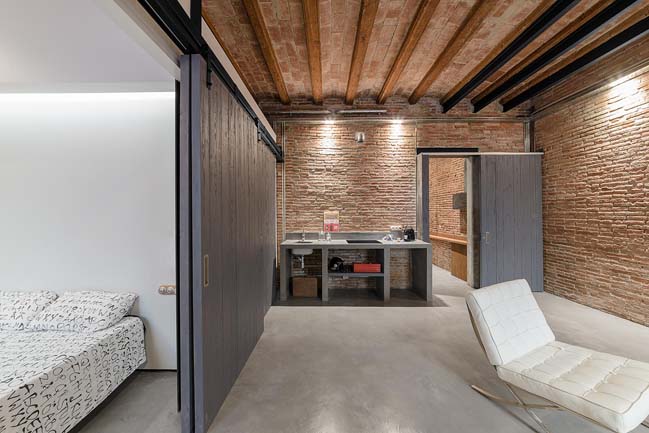 The layout singularity arises from the owner requirements. He wanted to have a small independent apartment for the frequent visitors he will have during the year. At the same time, this space will be used as his studio while no guests are in the house. That is the reason why house is conceived with two separated spaces that can be used independently if wanted. 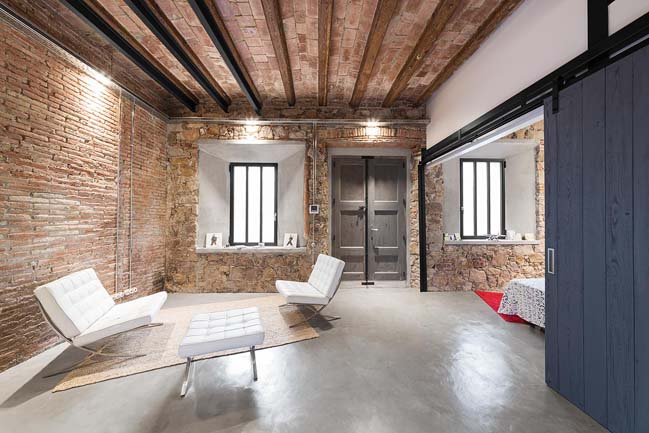 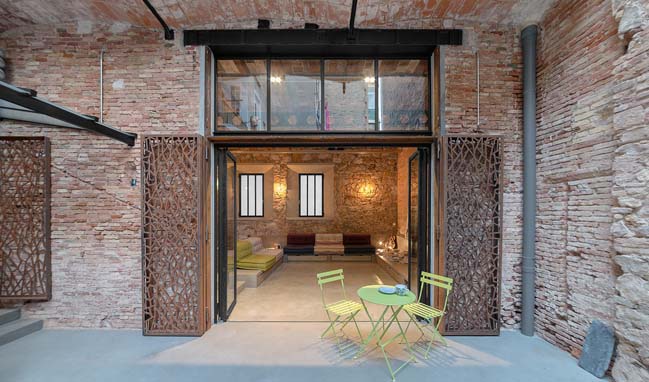 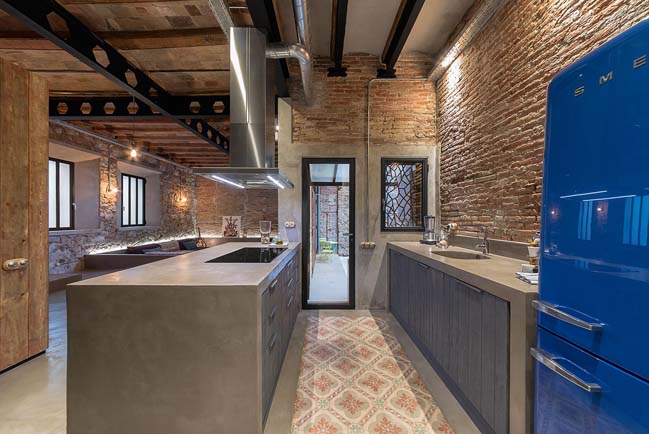 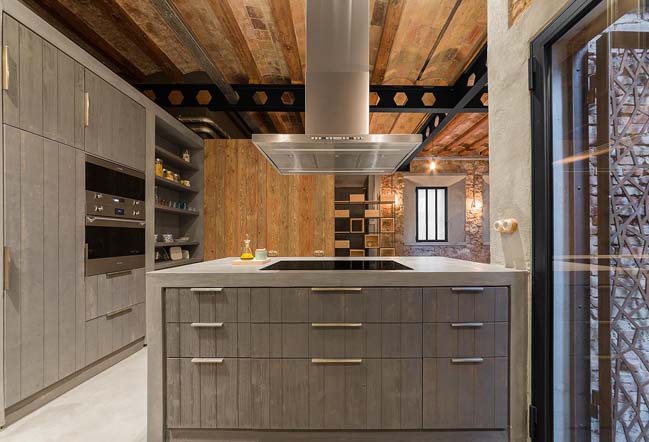 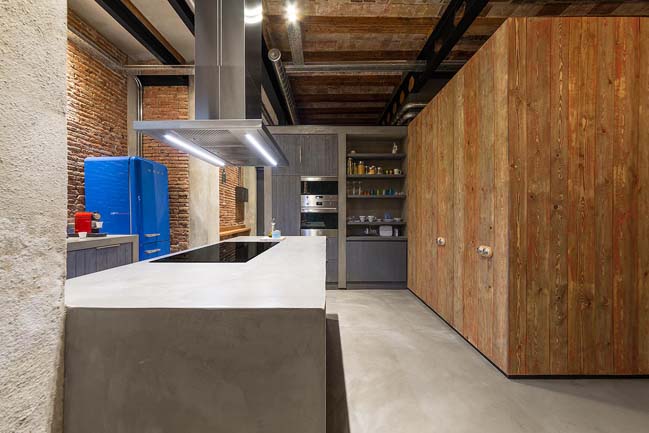 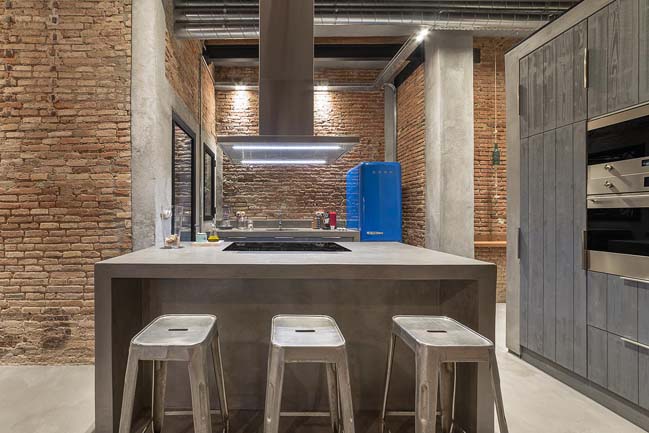 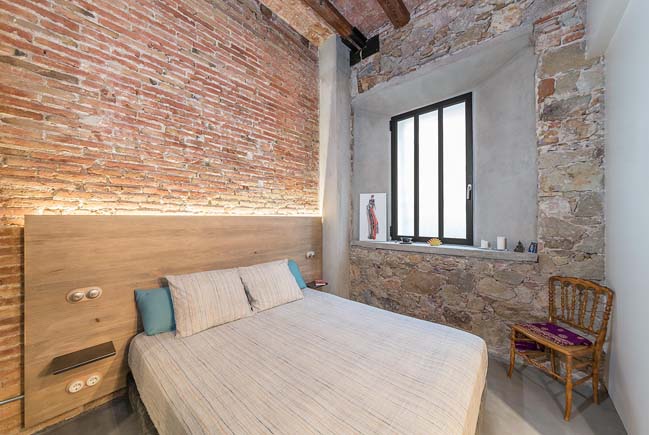 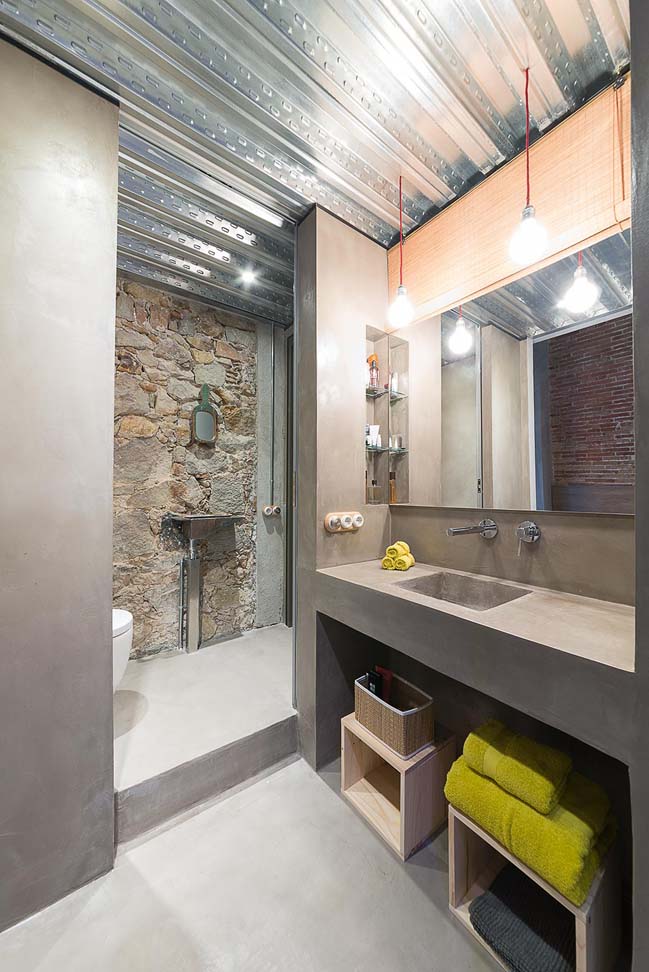 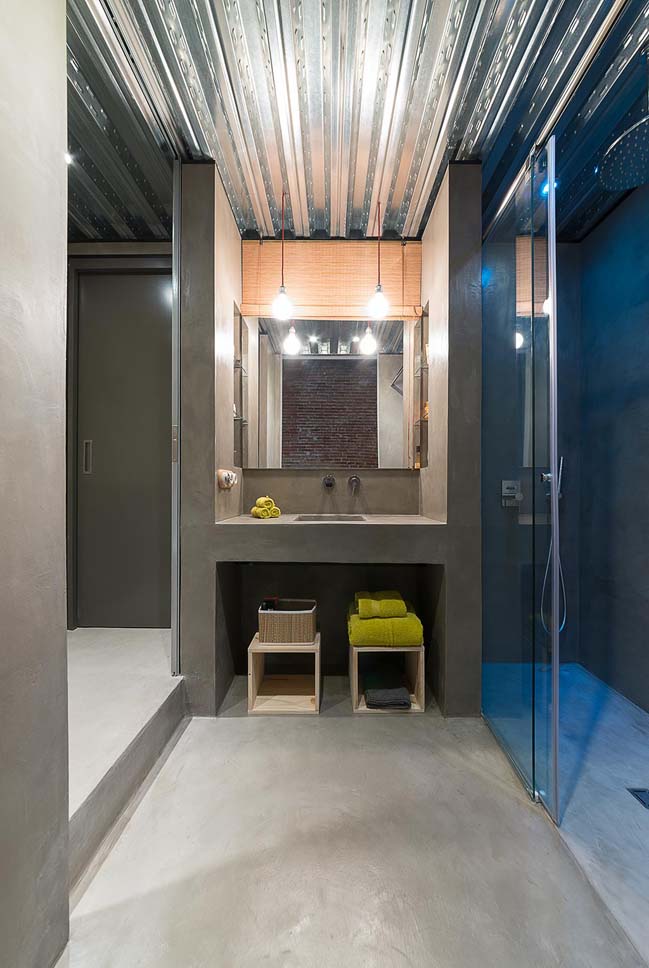 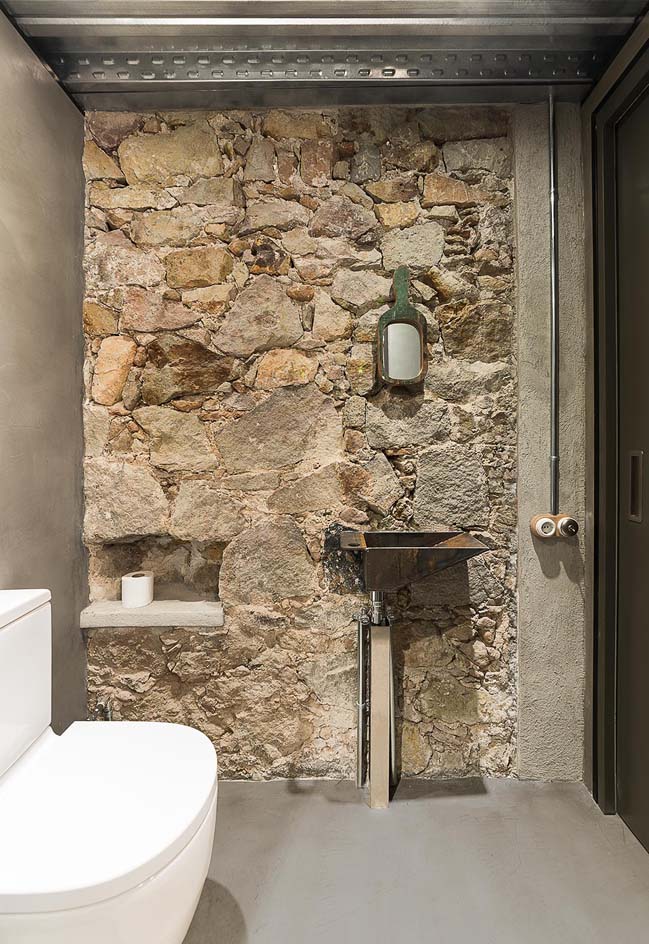 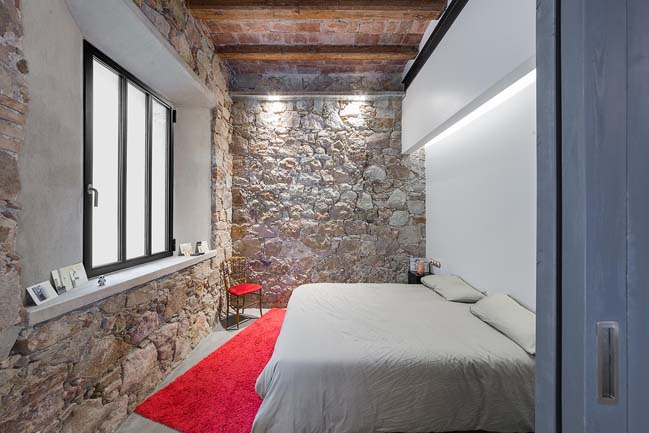 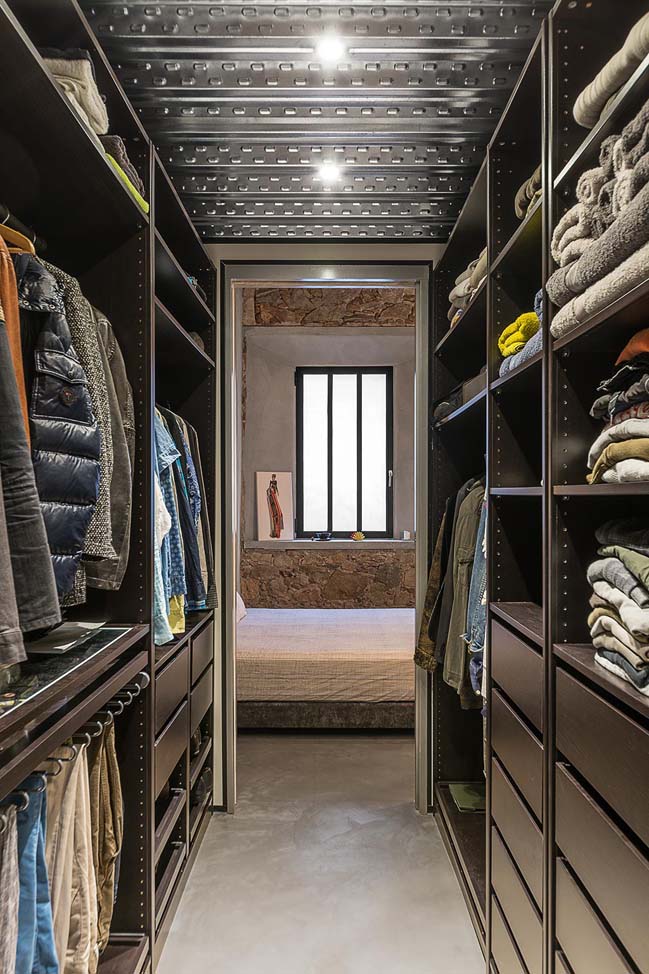 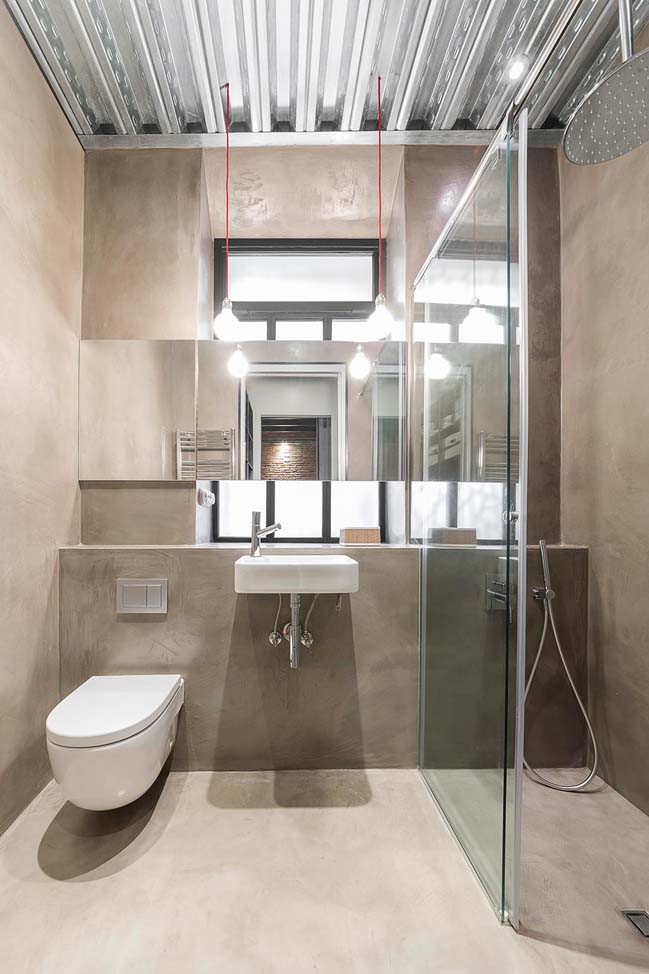 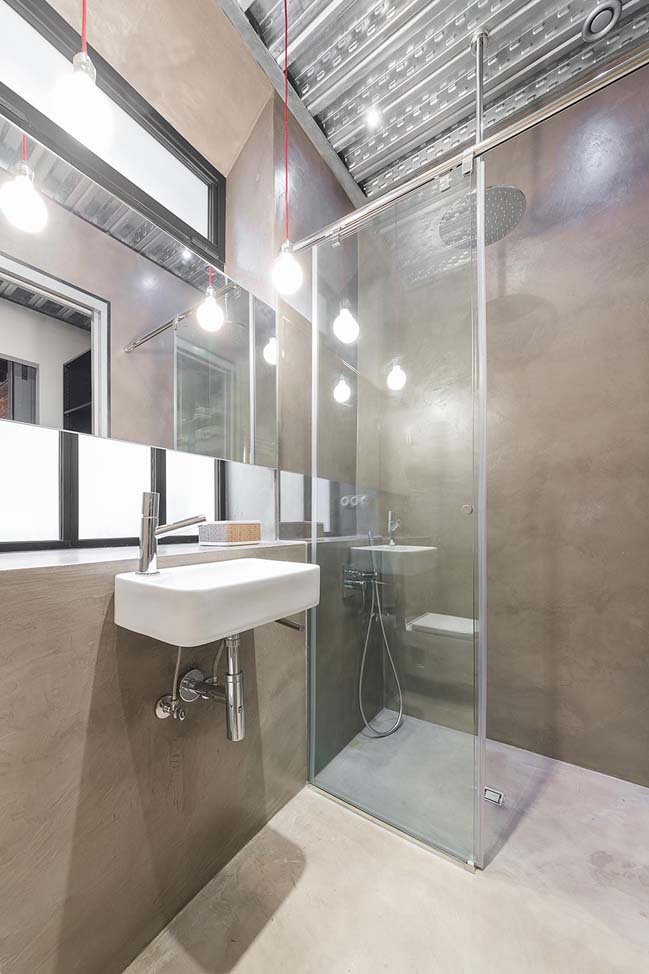 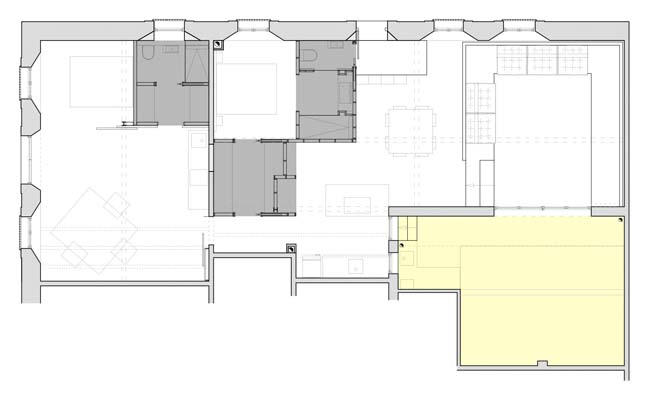 04 / 05 / 2017 Loft MDP is a brick and stone apartment that was refurbished from an old carpenter's workshop by FFWD Arquitectos to set up for inhabitation...