Located in Quadraro, a famous multi-ethnic suburb in the south of Rome, a 90 sqm apartment has been revolutionized through its renovation by Margine, an architectural firm based in the capital, founded by Giulio Ciccarese and Valentina Pontieri. 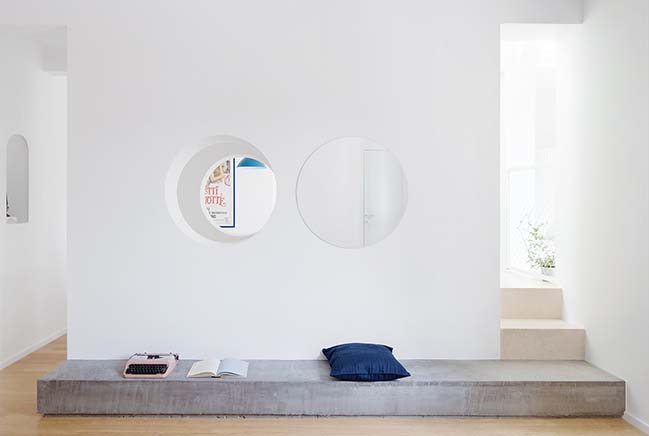 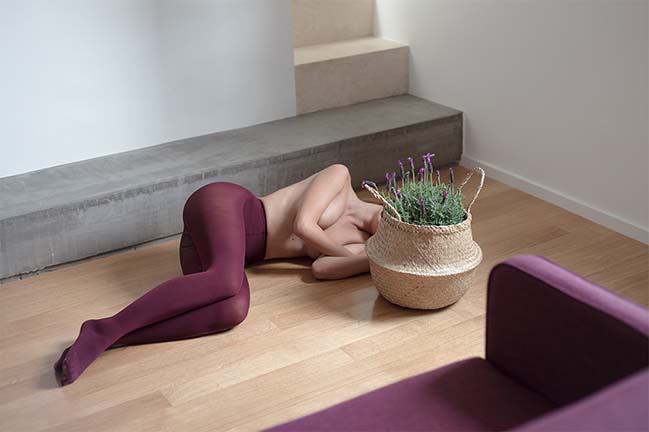 From the architect: The duo has named the project Nisida, after the pearl of the Flegree islands, inspired by the client’s origins as a young advertising writer and author from Campania. The client belongs to a new generation of creatives, who, over the last decade, have settled in this area as part of a great cultural ferment. 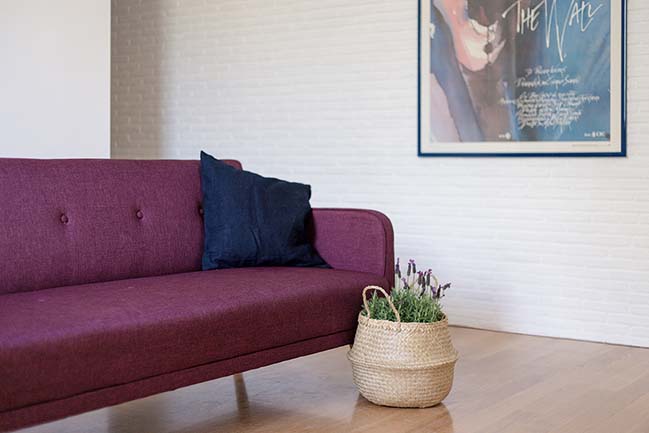 On the first floor of a council housing building, the apartment - a classic 1950s dwelling - featured a cramped and dark original layout, with a paved roof that was only accessible from the bathroom, and an unwelcoming distribution, regulated by a long corridor that lacked natural light. 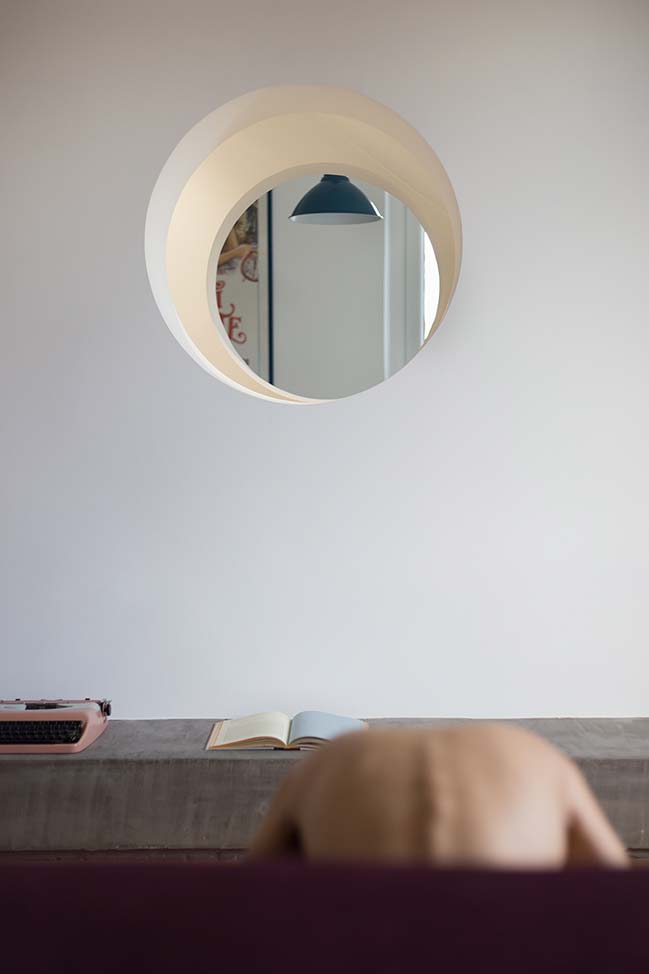 The architects adapted the interiors to suit contemporary living, and created a simple, bright home-studio, where it would be pleasant to live, but also to work. The project rethinks and rationalizes the layout to enhance the spaces and improve functionality: the demolition of various partitions has brought greater luminosity and permeability, transforming the planimetry into a versatile open space. Particular attention has been paid to the stairway, which connects the ground floor to the first floor and the terrace. 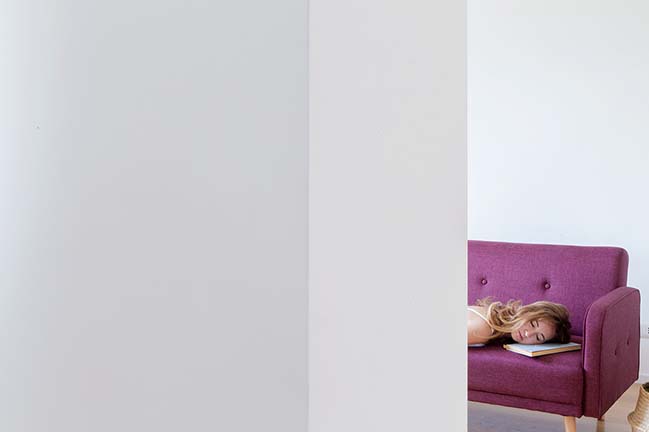 The first ramp, initially perceived as dark, now gets light thanks to two large circular holes, which give the house a personality and create a game of visual connections. The second ramp, which leads to the roof level, was formerly accessible only from the bathroom, that today corresponds to the kitchen. Now, thanks to an intermediate landing the ramp can be accessed from both the living and dining areas. 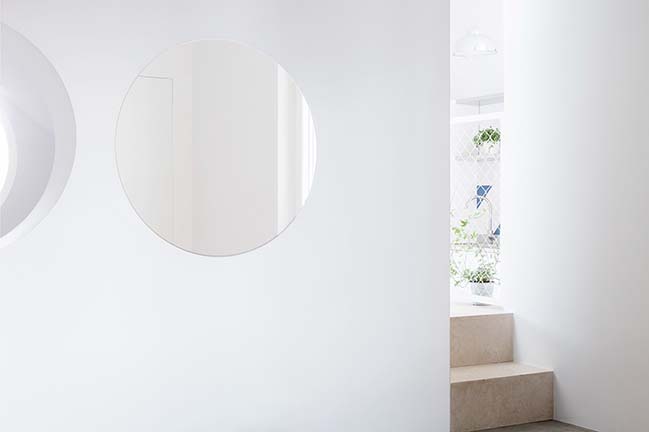 The original small bedroom, located in the centre of the building, has been transformed into a service block that includes the two bathrooms, one with direct access from the current bedroom. Separated and distinct from the living area by a corridor equipped with a library, it also houses a walk-in closet and serves as a filter to the bathroom. 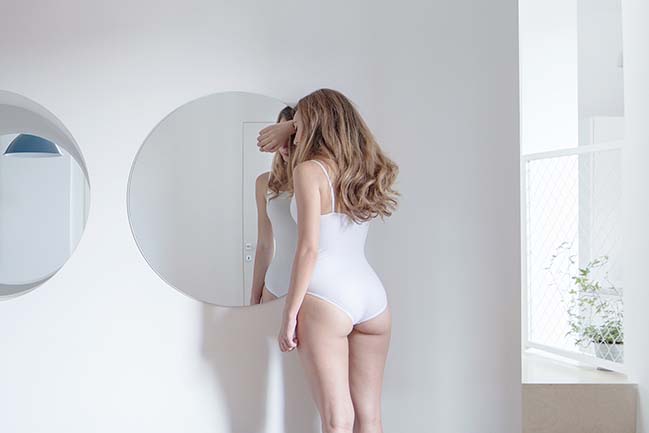 From a formal point of view, a minimal approach prevails. The brick wall that forms the backbone of the house has been freed from plaster, and whitewashed; the living room step that becomes a bench and countertop, is in beton brut; the light oak flooring is designed in accordance with the shelves of the bookcase, the walk-in closet and the furniture components; the light travertine that covers the two identical and specular bathrooms, matches the sills and the stairs; the floor and the back of the kitchen have a clean geometric pattern in white and blue handmade cement tiles. 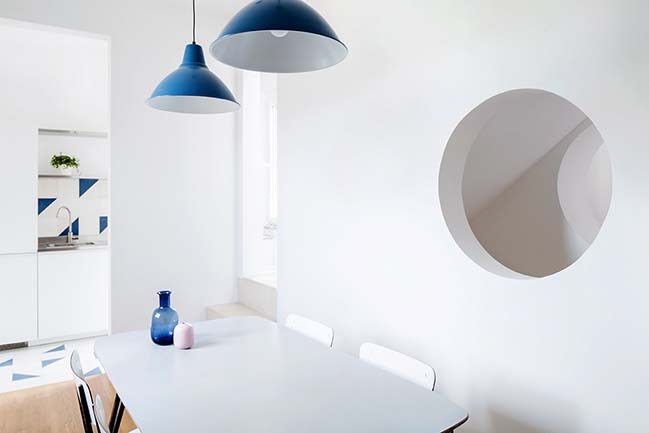 The project is completed by sober and elegant furnishings, which have been carefully selected according to the taste of Italian living in the ‘50s.

To document the intervention, Margine collaborated with Giuseppe Palmisano, also known as Iosonopipo, who handled the artistic direction of the photographic shooting by Altrospazio.

The architects explain: “In line with the artistic renaissance that the Quadraro neighbourhood is experiencing, we wanted to investigate the interference and complementarity of architecture, art and photography in the composition of an image: The slow gestures of architecture, the lightning instant of artistic inspiration, the eternity of the photographic shot. We were intrigued by the idea of mixing, confusion and overlap. The minimal, raw and pure atmosphere becomes full, warm and real in the act of living the house.” 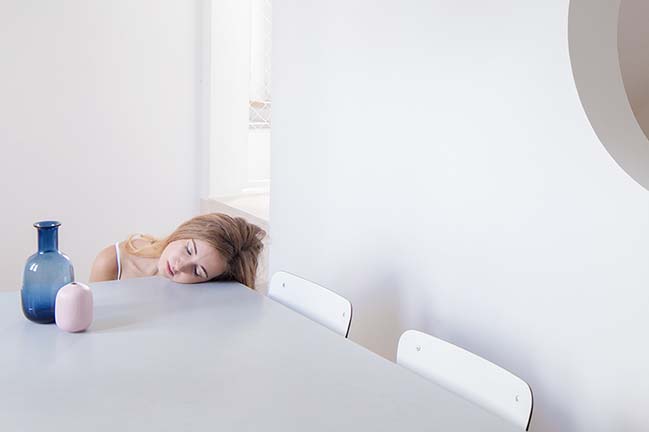 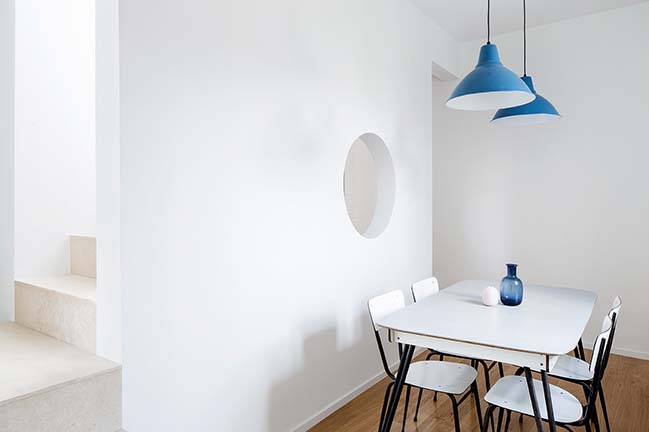 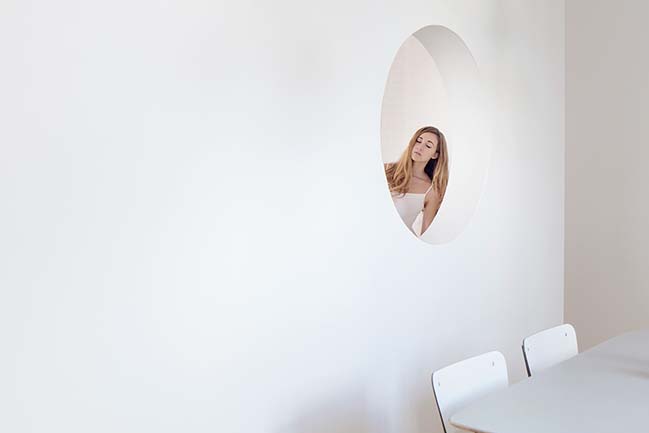 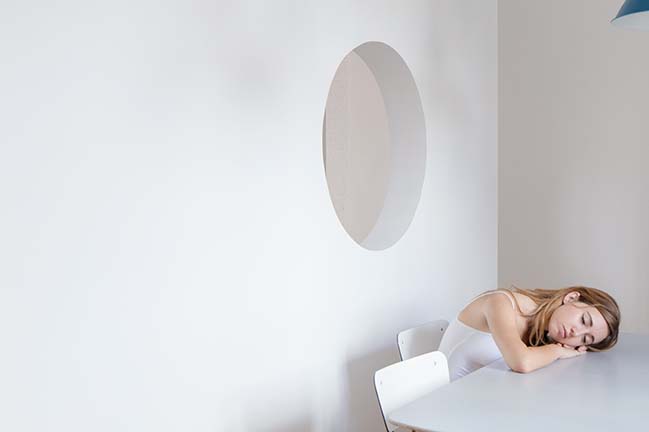 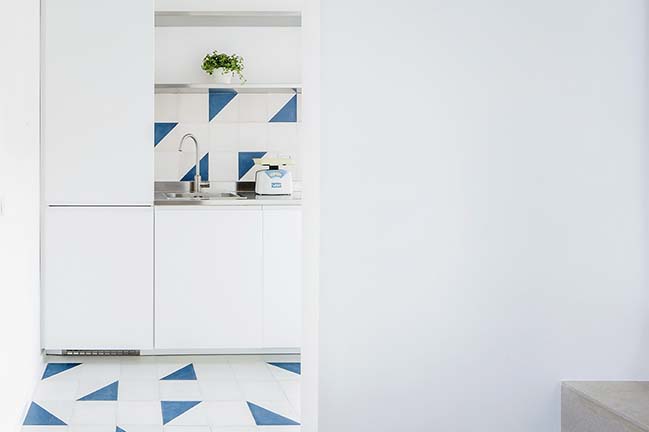 > YOU MAY ALSO LIKE: MC Penthouse in Rome by LAD 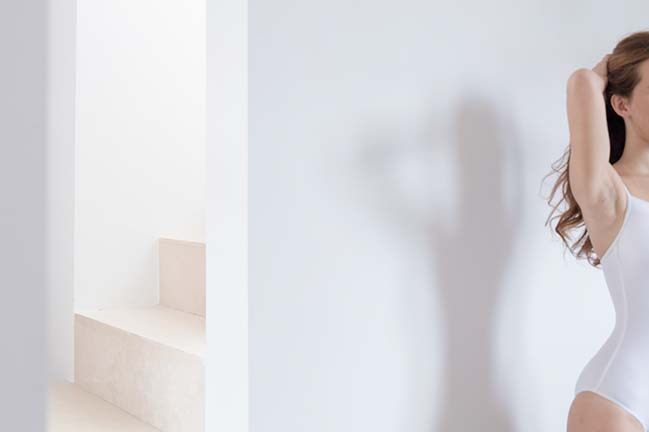 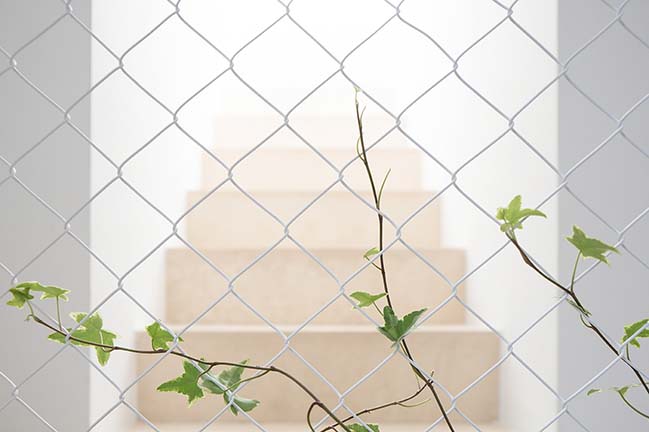 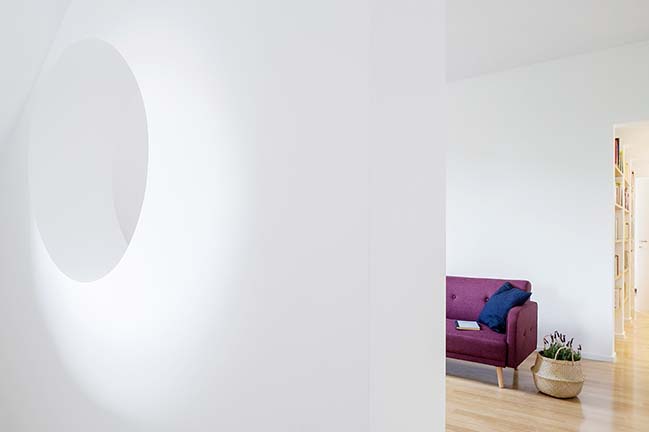 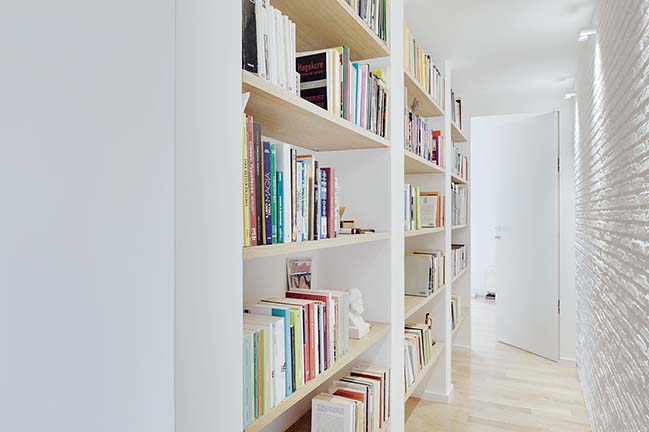 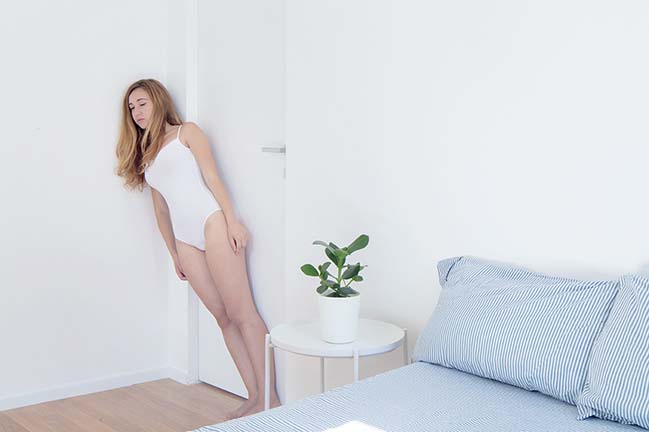 > YOU MAY ALSO LIKE: Apartment in Rome by Borgo Architetti 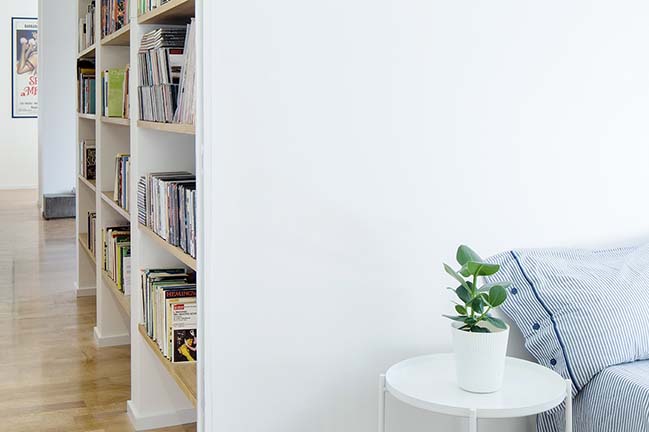 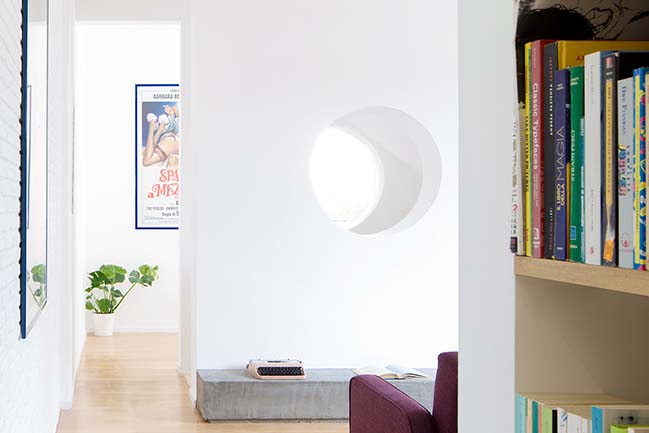 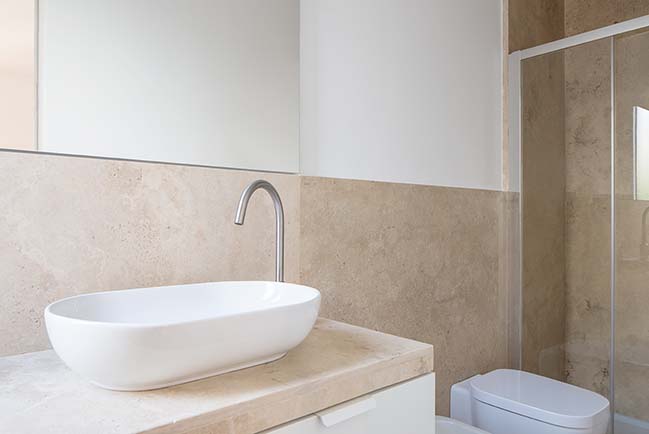 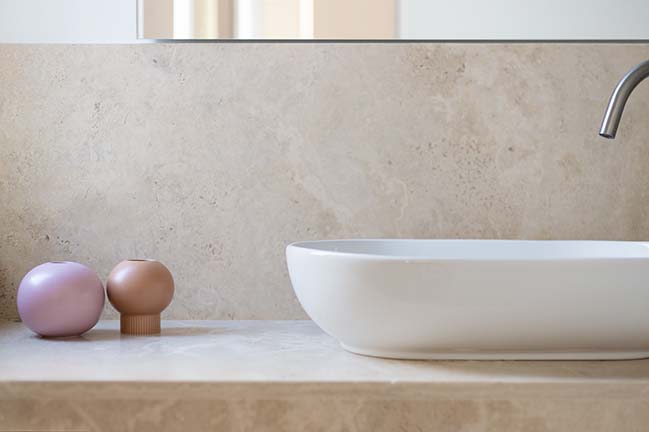 > YOU MAY ALSO LIKE: Modern duplex in Rome by NA3 Studio di Architettura 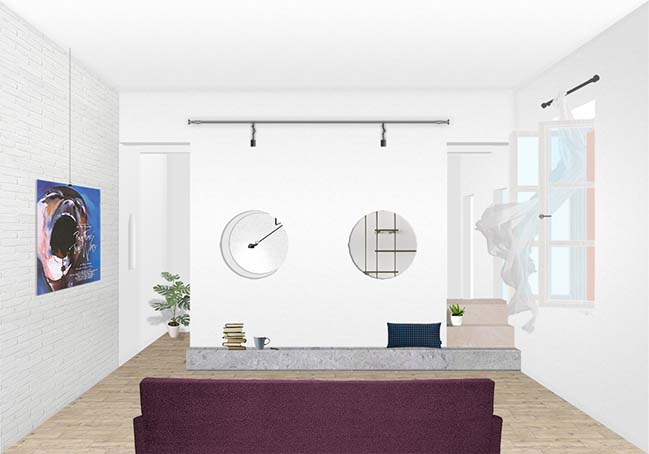 12 / 02 / 2018 Located in Quadraro, a famous multi-ethnic suburb in the south of Rome, a 90sqm apartment has been revolutionized through its renovation by Margine ...