Pink, grey wall paint and golden frame furnishings brighten this 493 sq.ft residence in Hong Kong, which has been overhauled by Sim-Plex for a young lady. 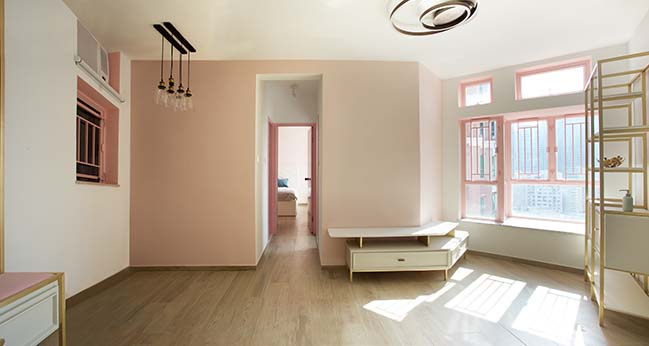 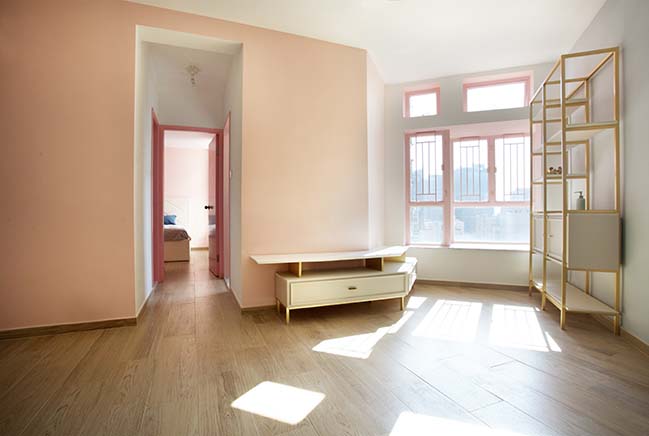 From the architect: The client approached Sim-Plex to design the apartment to better suit her daily living sequence and reflect her personality. Make up table and a dress up corner are highlighted by her. 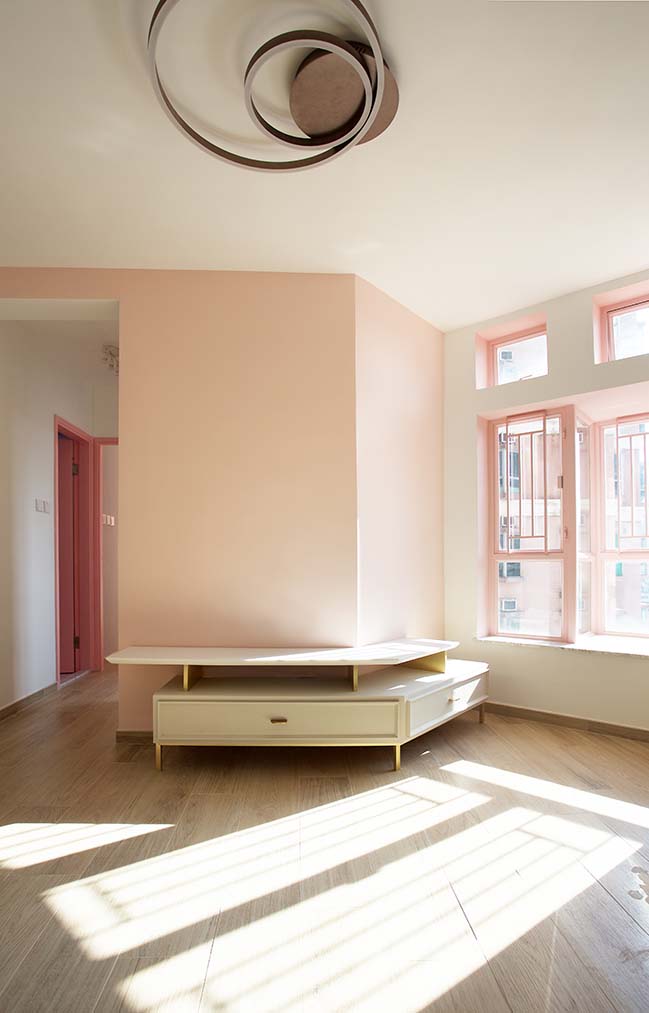 Inspired by an American romantic film " Pretty in Pink" in 1986, the main actress often dressed in pink with hand-made gold and diamond jewellery as decoration. 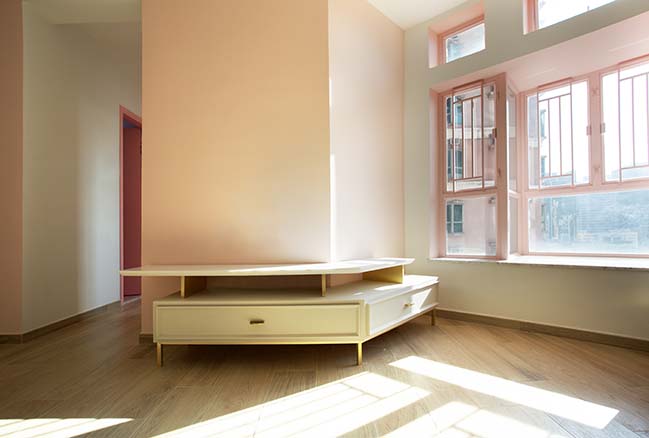 "Pink represent a courage to step through the class differences in the period. Gold and jewellery are some elements which often appear in the movie, we thought these could be well integrated into the apartment design." as suggested by Sim-Plex. 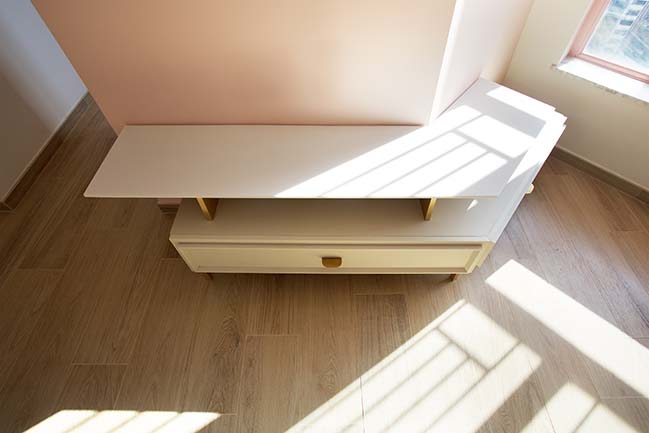 Pink and grey wall paint, golden frame wrapping through white cabinet, diamond or gold handle were then adopted as the design vocabulary for the apartment. 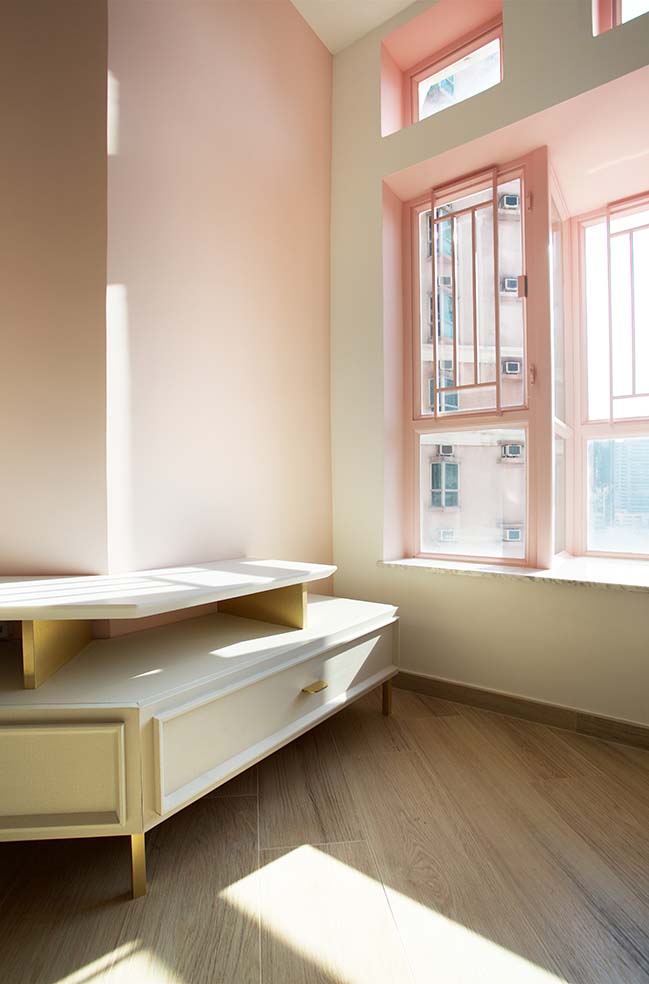 In the living and dining area, pink and grey walls have been paired with a few sets of golden frame white cabinet including a dress up corner with pink seat, a TV cabinet and a book shelves. 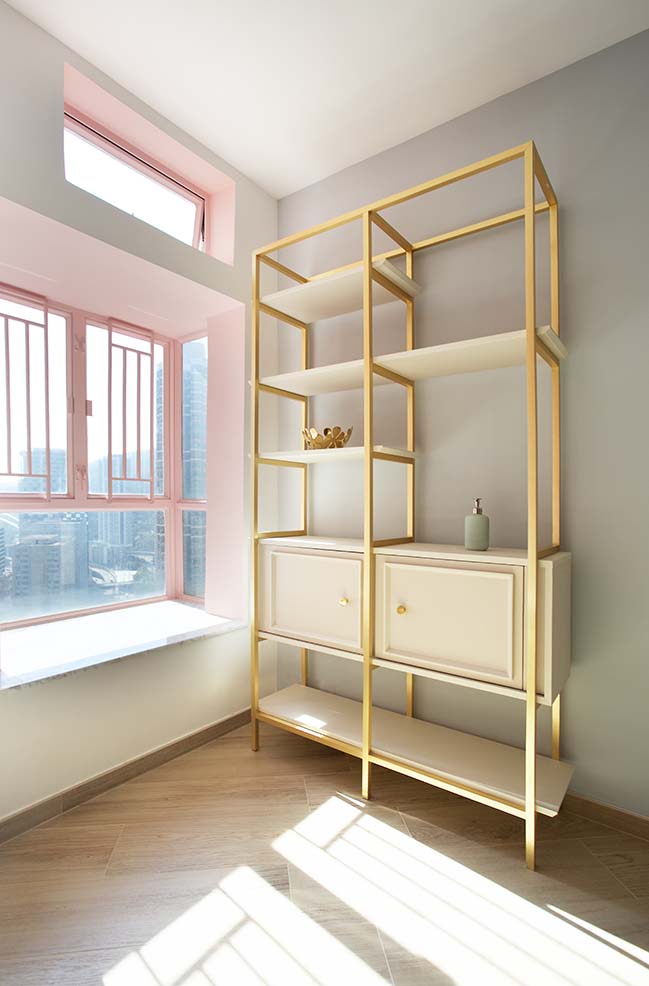 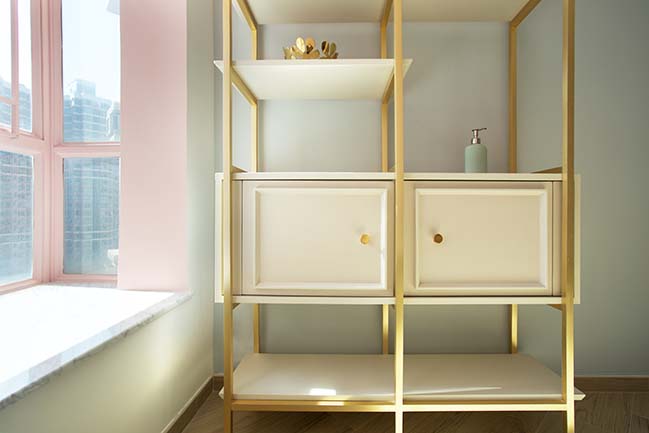 Pink as a courage? - In Hong Kong, newly developed area is often consisted of small typical unit. The space were nearly the same in common practice as the developer put as many units as possible. " We often distressed to injected new inspiration into this phenomenon. Maybe simply a pink color is one of the solutions? "laughed by Sim-Plex Design Studio. 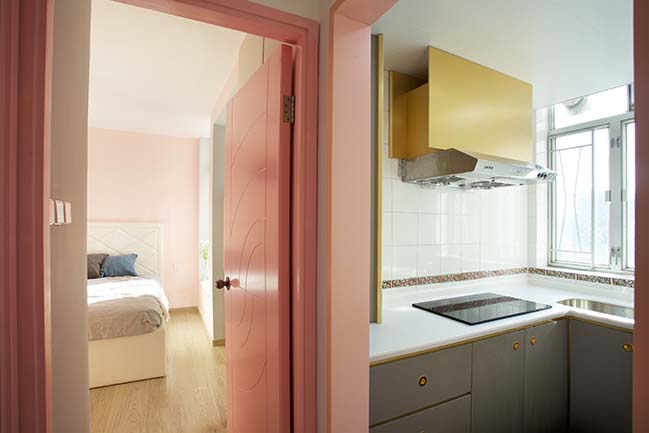 A golden slab box is featured in the kitchen as the focal point. 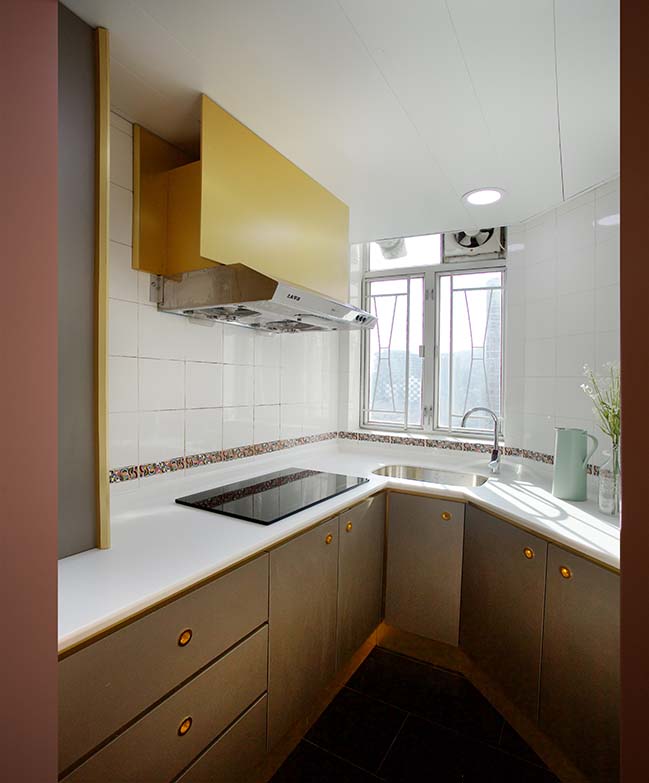 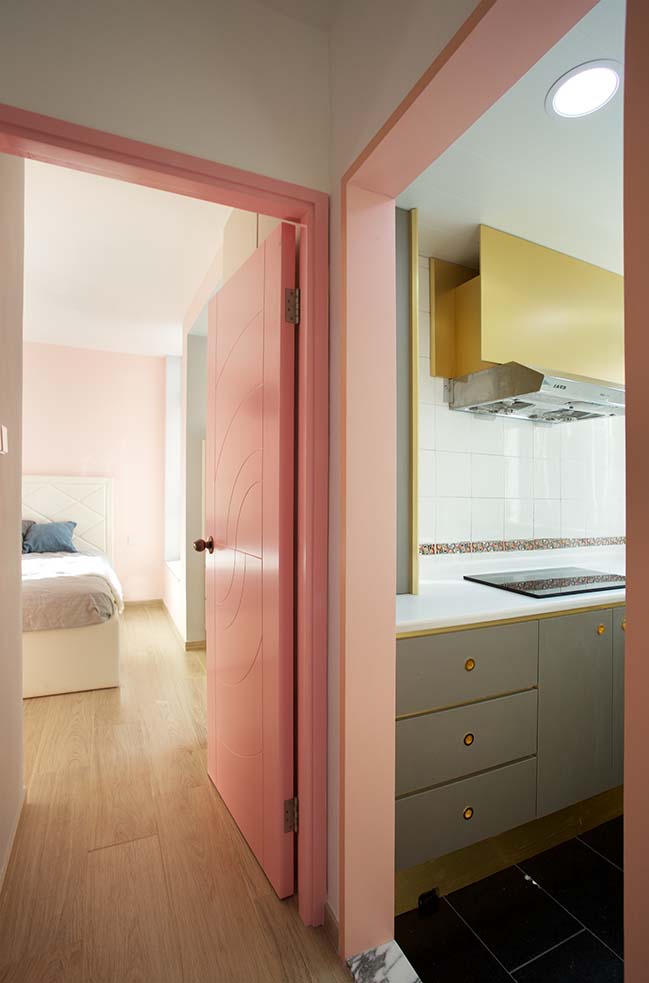 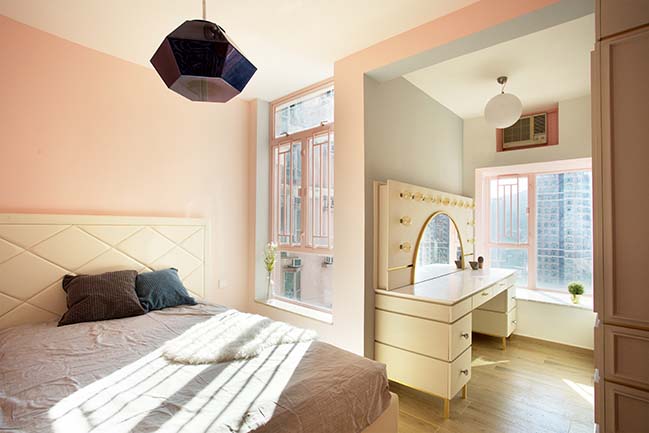 A half circled make-up table with light bulbs was featured in the bedroom, making contrast with the pink framed windows. 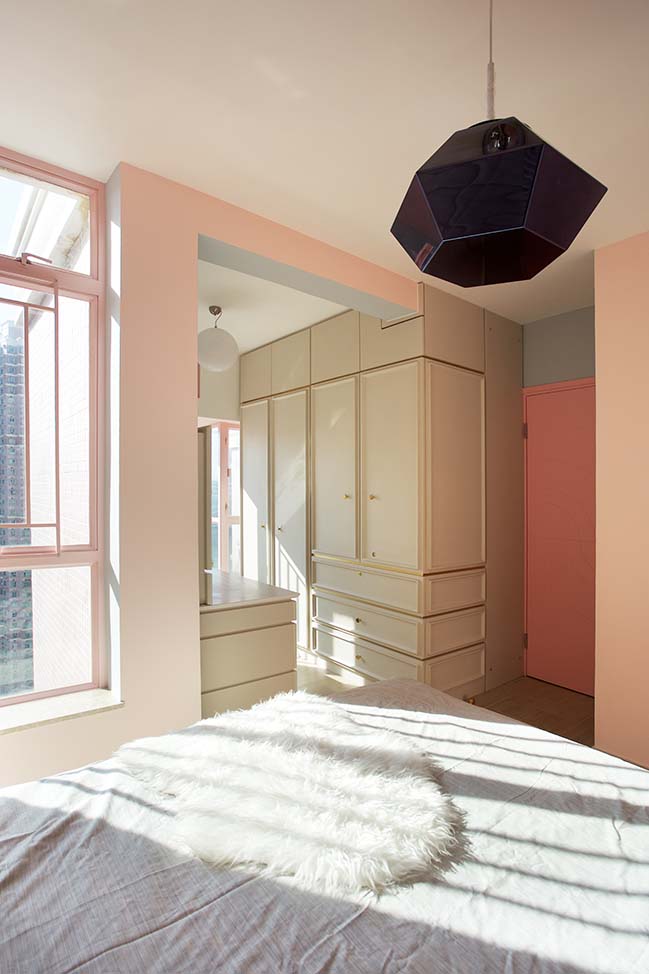 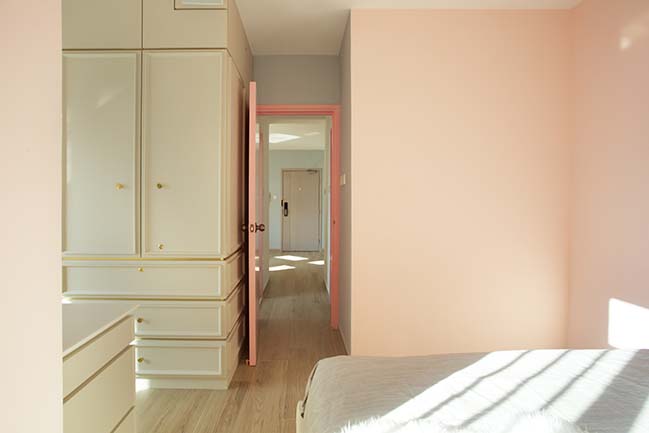 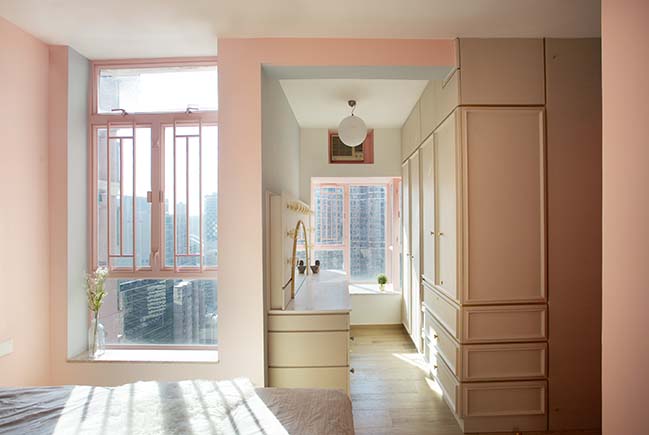 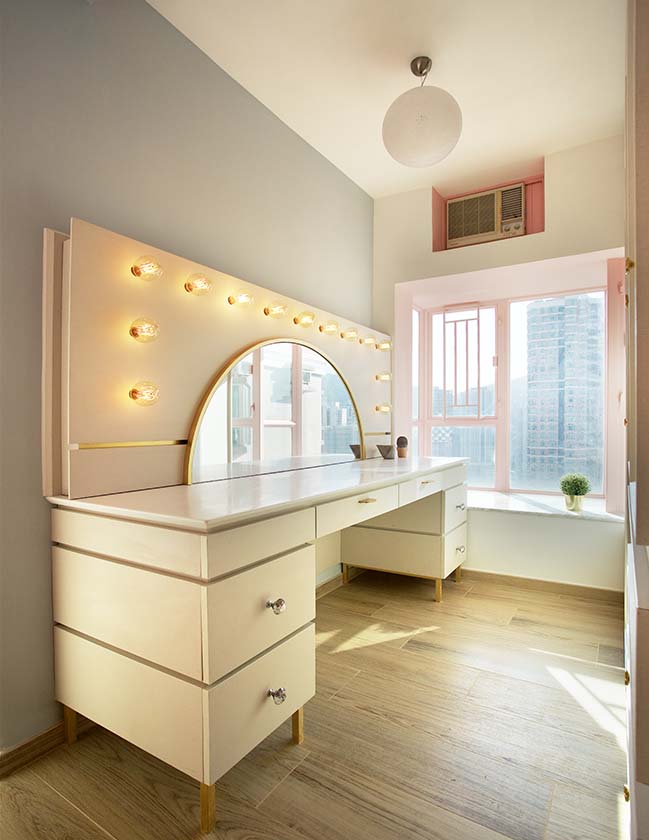 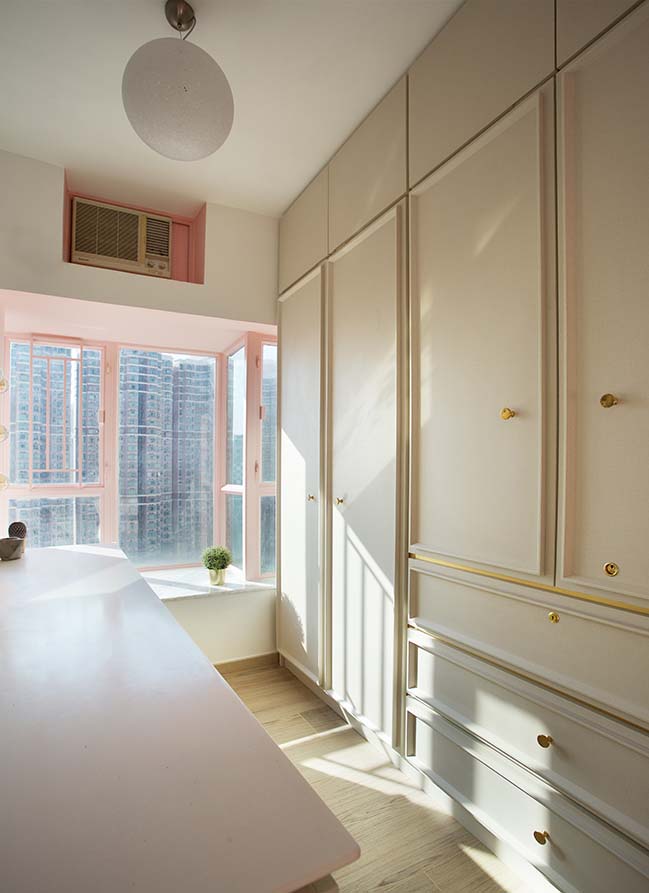 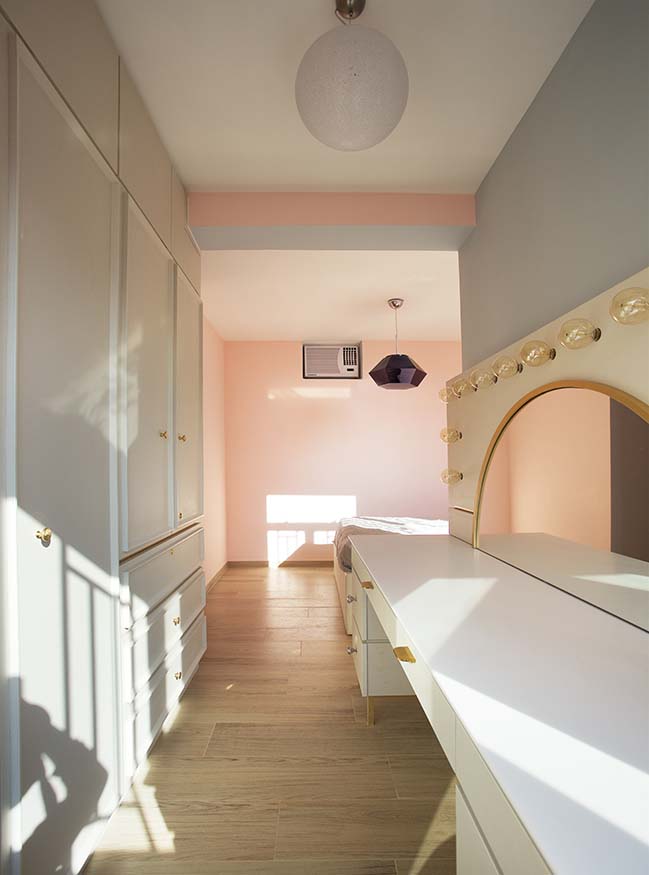 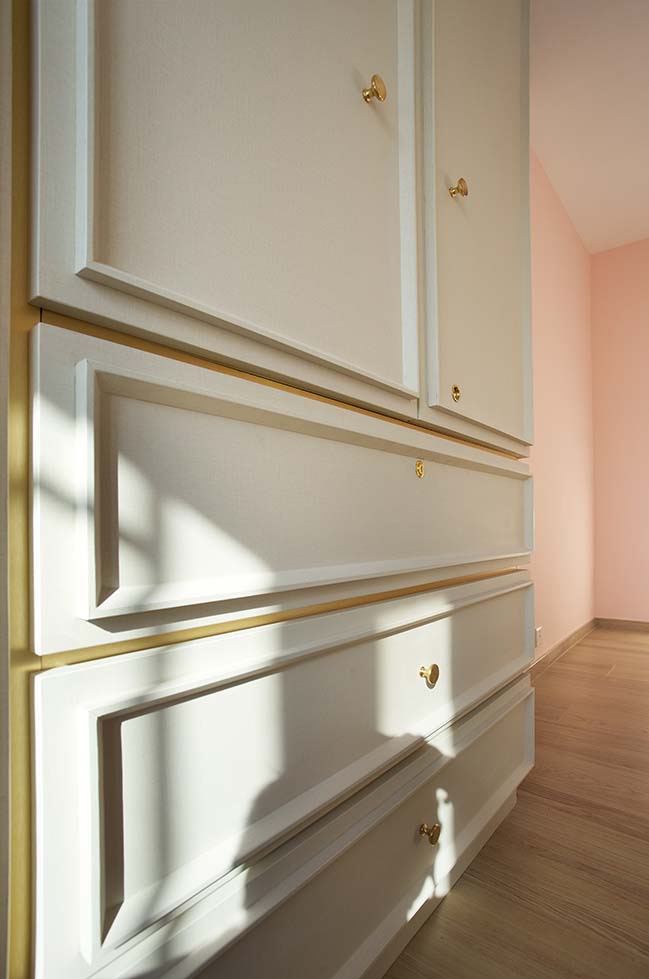 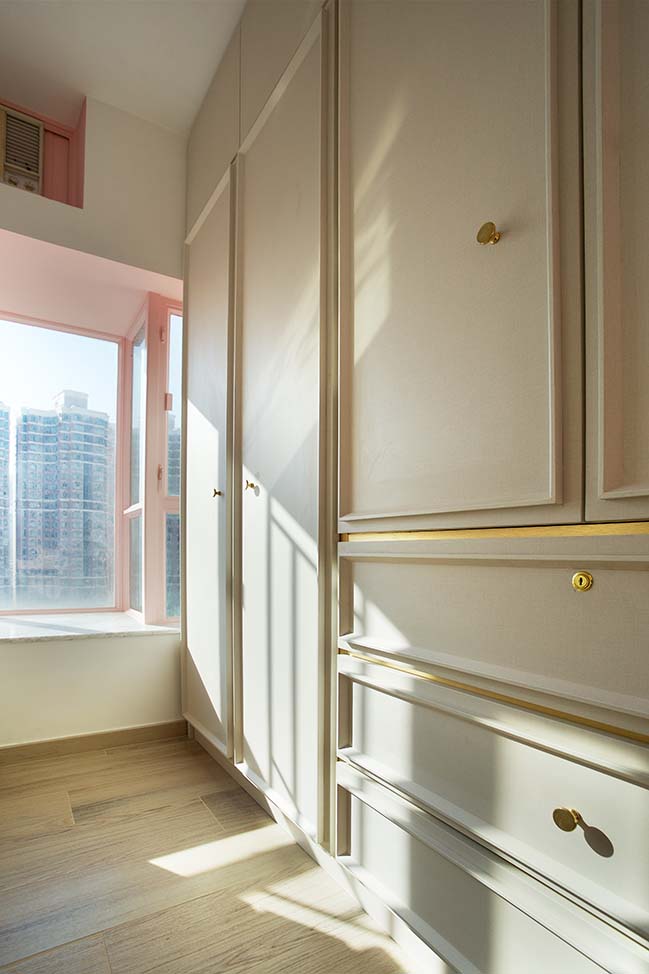 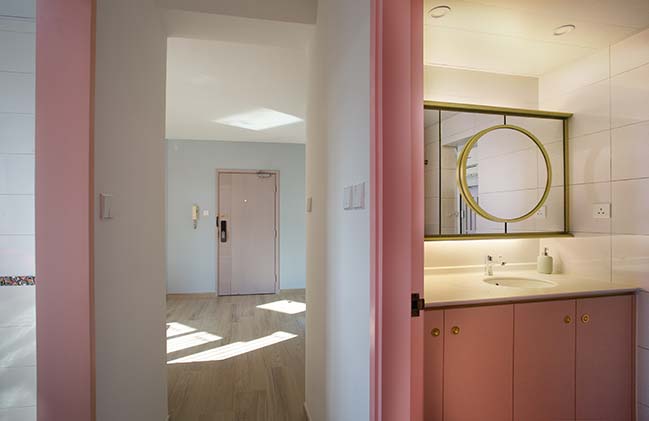 The bathroom is all covered with pink tiles and have a gold circle mirror as a highlight. 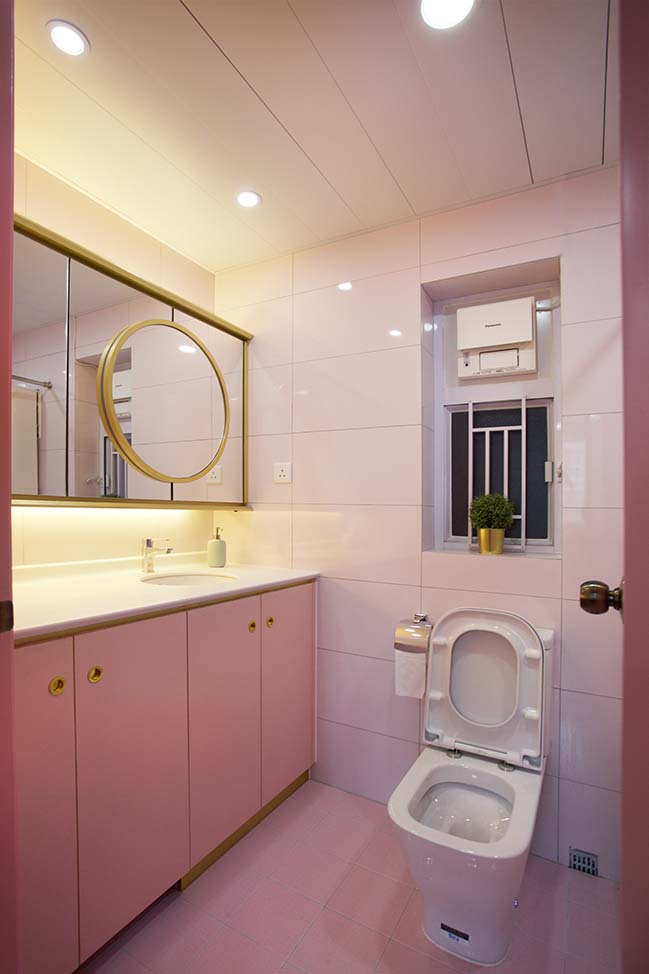 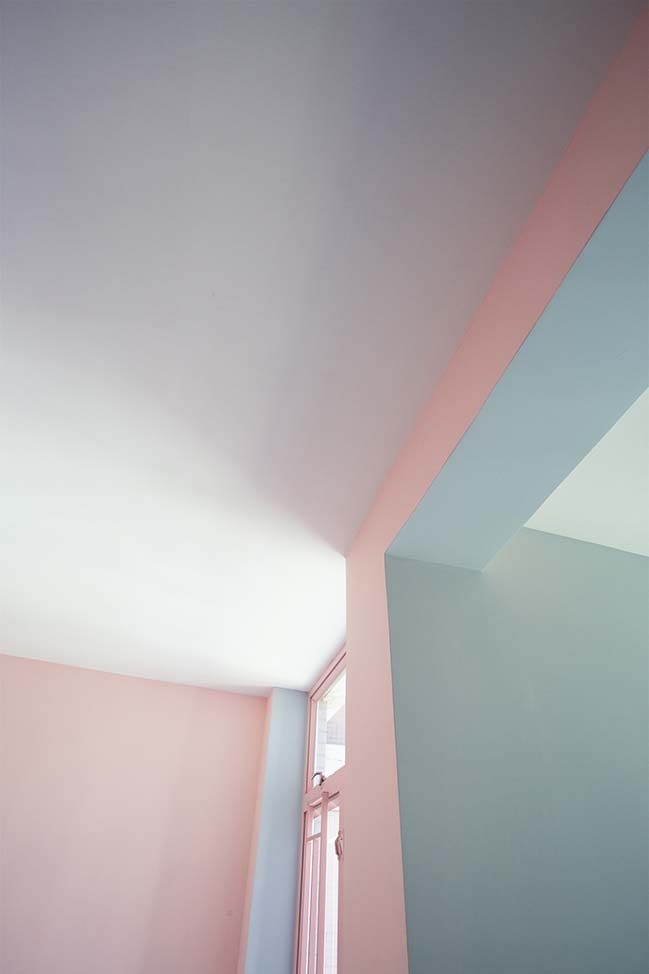 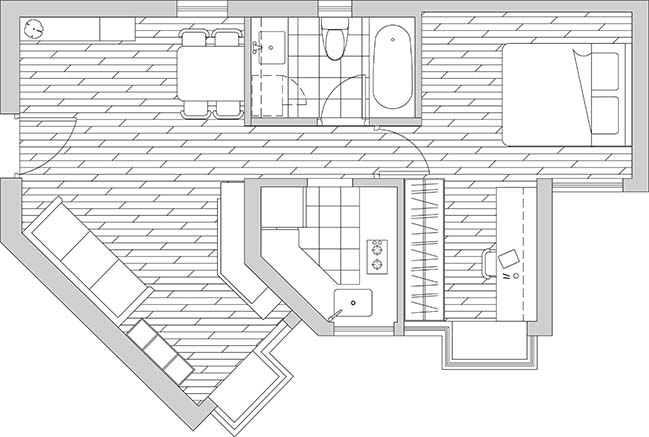 06 / 02 / 2018 Pink, grey wall paint and golden frame furnishings brighten this 493 sq.ft residence in Hong Kong, which has been overhauled by Sim-Plex for a young lady