MVRDV realises the promise of the post-pandemic office with interior transformation for Shopify Berlin... 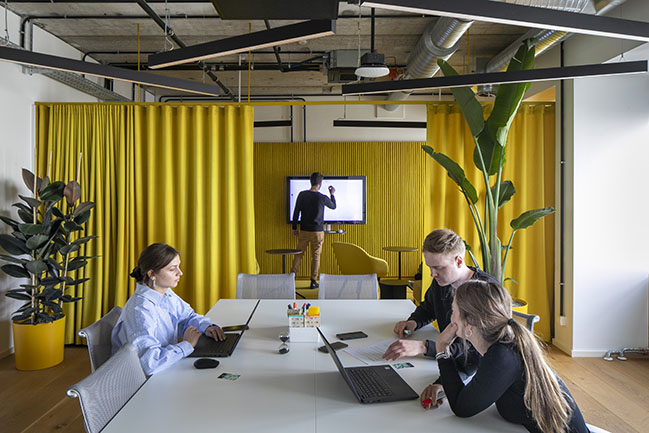 From the architect: MVRDV has completed the interior redesign of Shopify Berlin, located on Köpenicker Strasse in the Berlin-Mitte district. Designed as a contrast to the home office with a focus on highly intentional collaboration as a collective experience, the 1,000-square-metre interior project provides the dynamic Canadian-founded commerce company an ideal design for its re-think of the purpose of its physical workspaces. 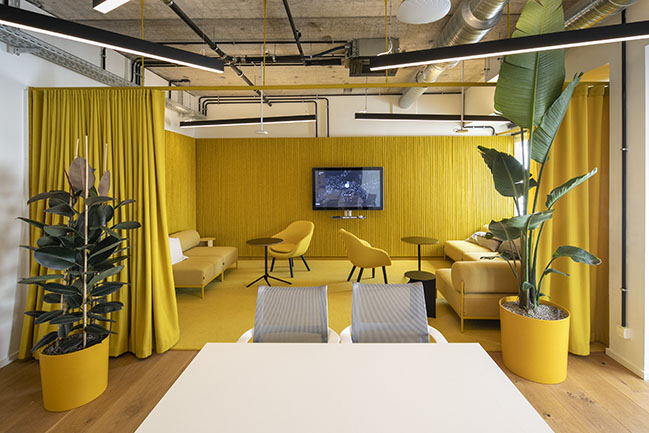 In early 2020, the planned renovation of Shopify’s office building in Berlin-Mitte was already well underway. Then came the start of the Coronavirus pandemic, and with it a sudden switch to working from home that caused the company to dramatically rethink what it needed from its office building. Acknowledging that focused individual work is best completed remotely, Shopify brought MVRDV on board for a redesign that maximises the building’s potential as a base for working collaboratively with others, brainstorming new ideas, and engaging in the company’s vibrant culture. 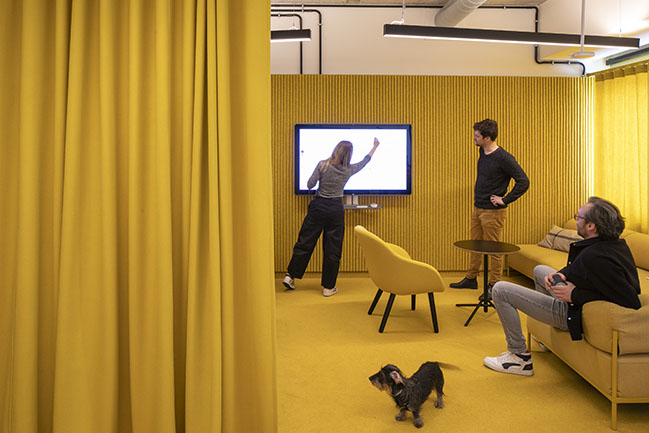 MVRDV’s interior design primarily occupies the ground floor and basement levels, as well as additional prime spaces up to the sixth floor. It comprises three “on-site” rooms, which serve as the primary meeting rooms, as well as a variety of “experience rooms” which enable company gatherings, more casual work environments, and other, more specific atmospheres. Wherever possible, the design takes the sustainable approach of re-using elements from the previous half-built renovation, making use of everything from wall and floor finishes to lighting fixtures and furniture. For example, 100% of the lighting fixtures were purchased prior to MVRDV's design. 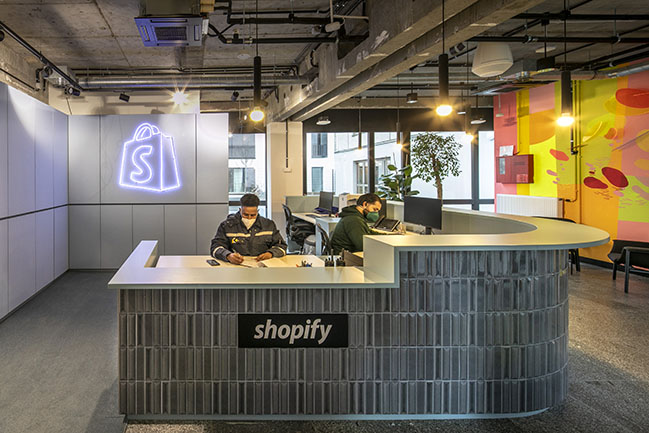 In addition to the typical conference table, each of the on-site rooms is embellished with a “colour lounge”, an adjacent space separated by a curtain that provides a more comfortable environment for free-flowing discussions. The colours of these lounges – like the colours throughout the design – are based on the visual identity of Shopify. 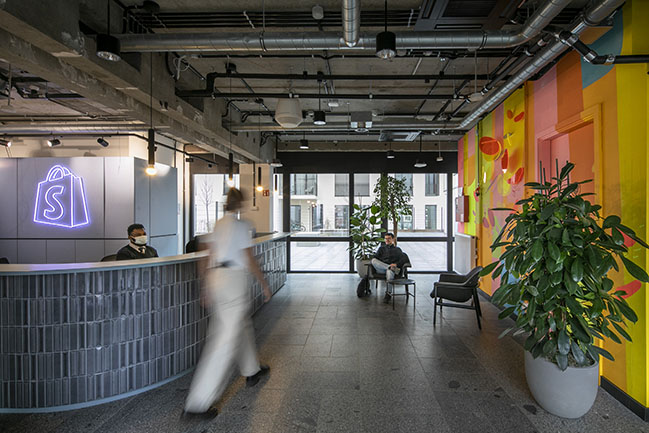 The project celebrates not only Shopify culture but also the Berlin cityscape, providing a visual reminder of the things that make the city an exciting place to live and work. The reception desk makes use of blue-green “metro tiles” in reference to the city’s U-Bahn stations, while the opposite wall features the art piece Intersections by Carolina Amaya, recalling the city’s vibrant street art. 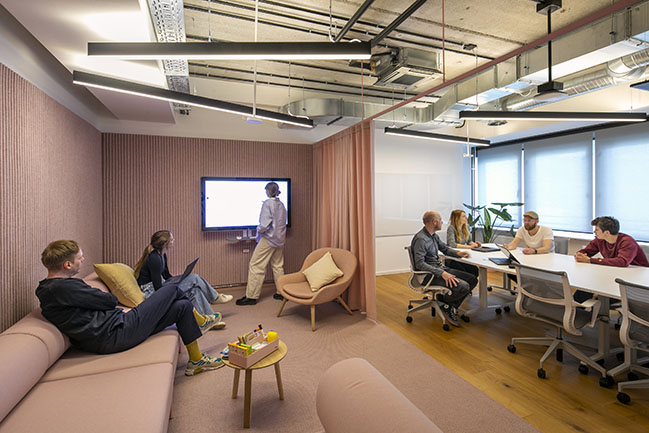 The experience rooms include a Volkspark and Baumgarten, used for lunches and for company gatherings, which are filled with plants provided by Berlin-based company Plantclub. Downstairs is the club, referencing Berlin’s famous nightlife, which provides a space for events or for casual socialising surrounded by a continuous screen on the walls. Also found downstairs is the “secret room”, a more private meeting space with a clandestine atmosphere – perfect for breaking out of the day-to-day mindset in more high-stakes work projects. 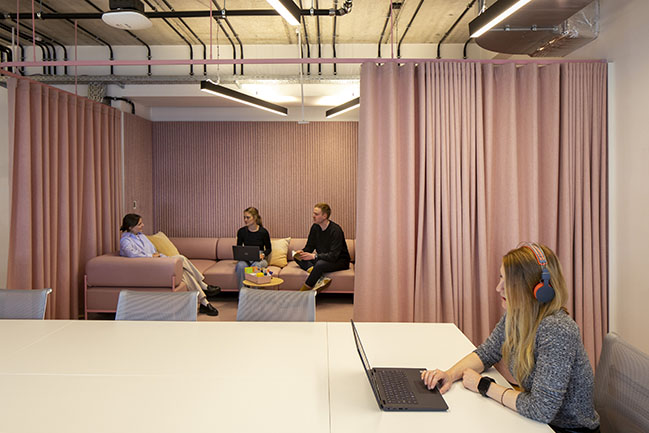 “This project gave us an exciting opportunity to think critically about how workspaces can be reimagined after 2020”, says MVRDV partner Fokke Moerel. “Now people can work from home – and for a company like Shopify, whose work is primarily remote-first, that’s even easier. In turn, what was once an office becomes a space for employees to collaborate with intention, brought to life by design touches that reinforce the unique spirit of the city they’re in.” 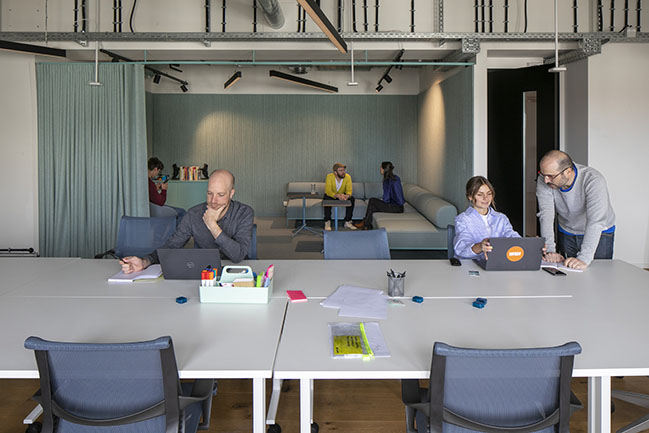 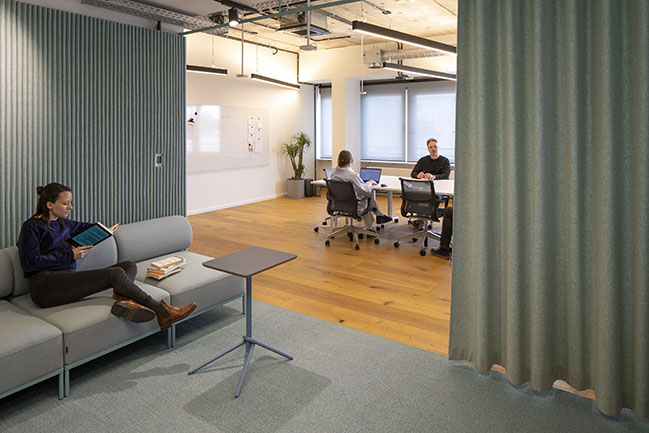 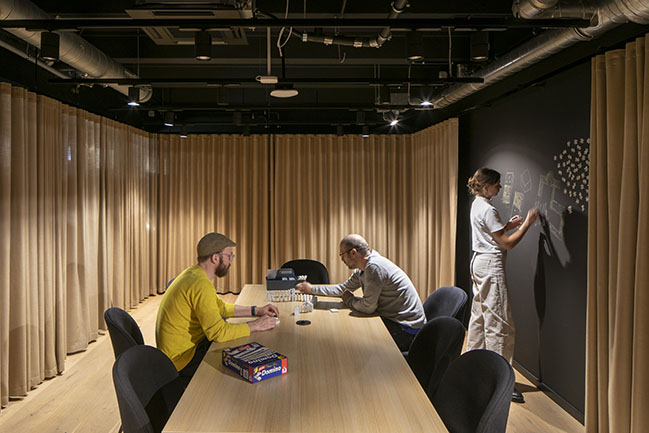 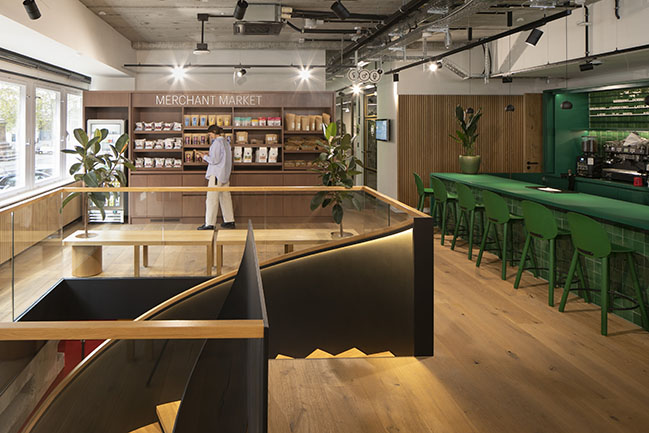 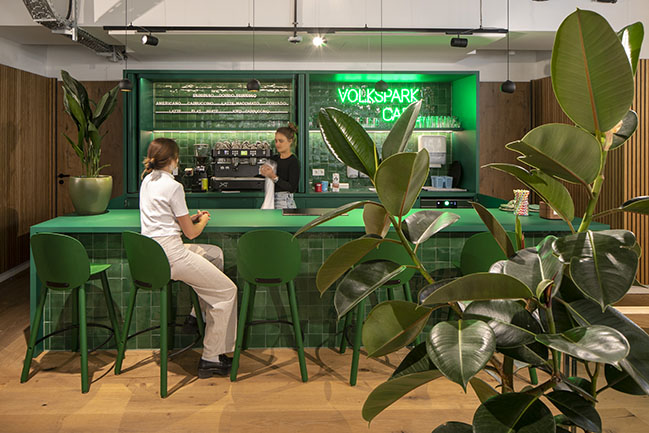 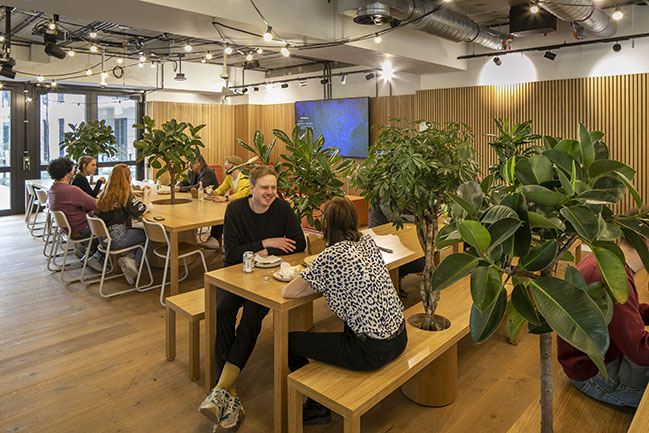 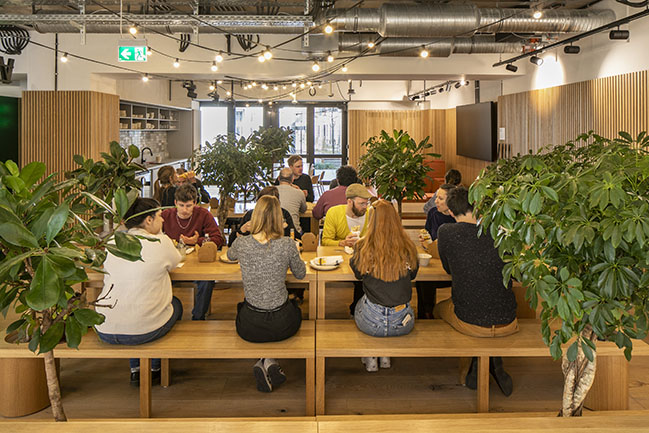 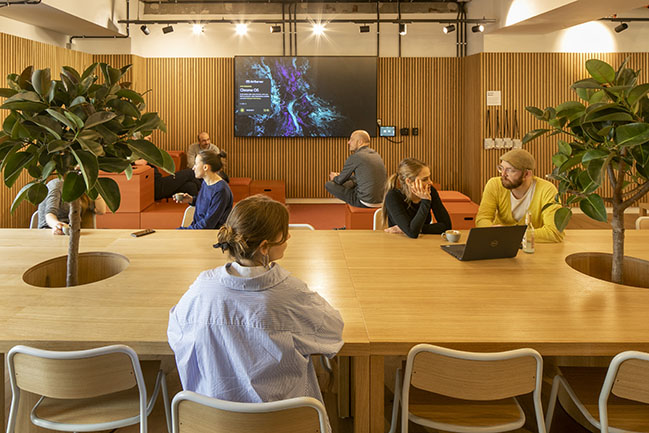 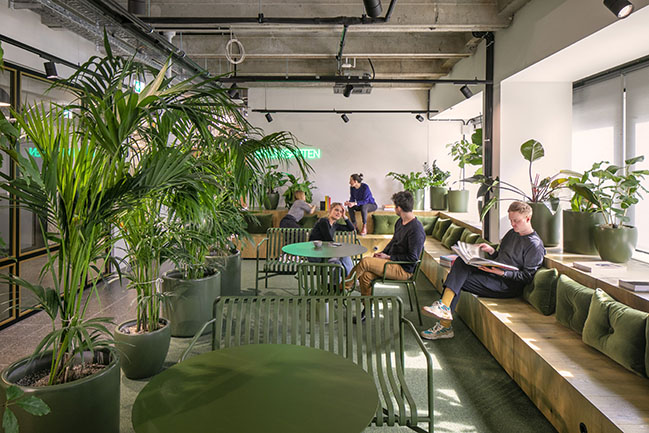 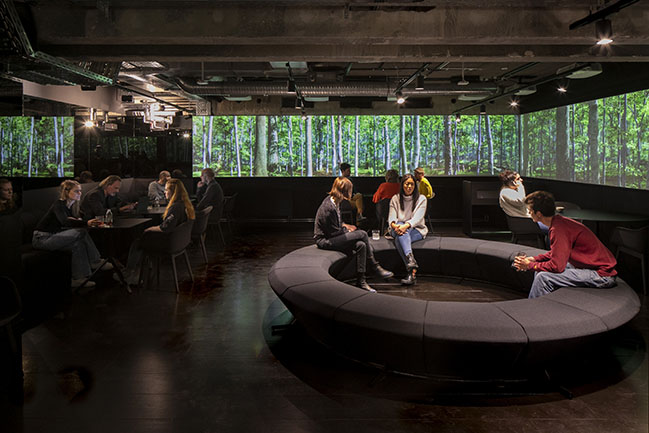 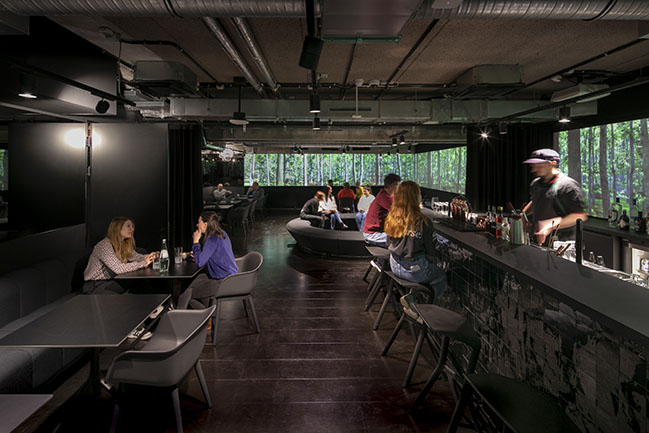 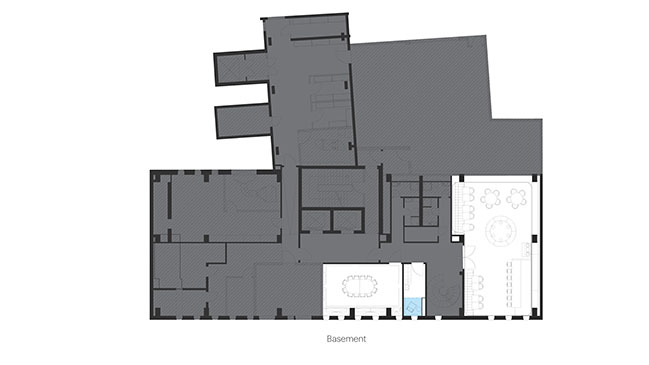 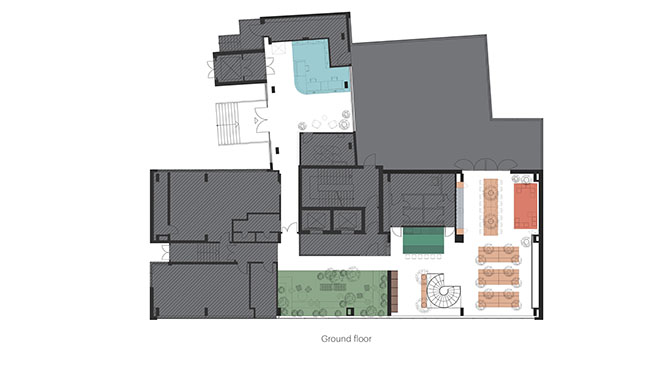 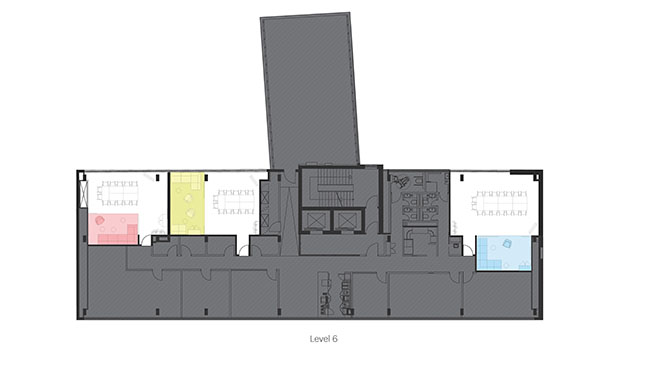 07 / 29 / 2022 MVRDV realises the promise of the post-pandemic office with interior transformation for Shopify Berlin...

Takano Ramen by Minus Workshop