The Elements by The New Raw: crafting beach furniture from upcycled marine plastic waste in Greece... 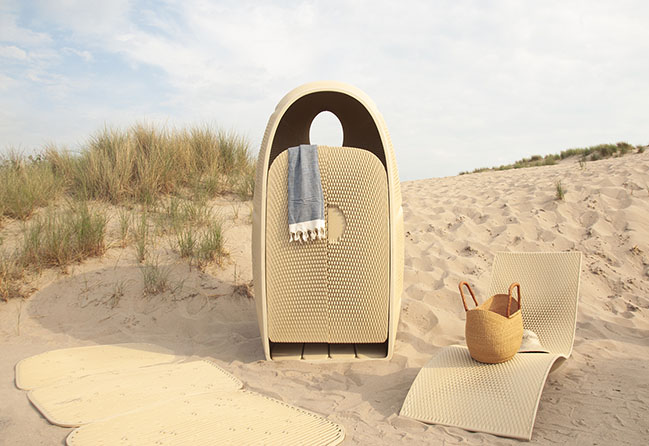 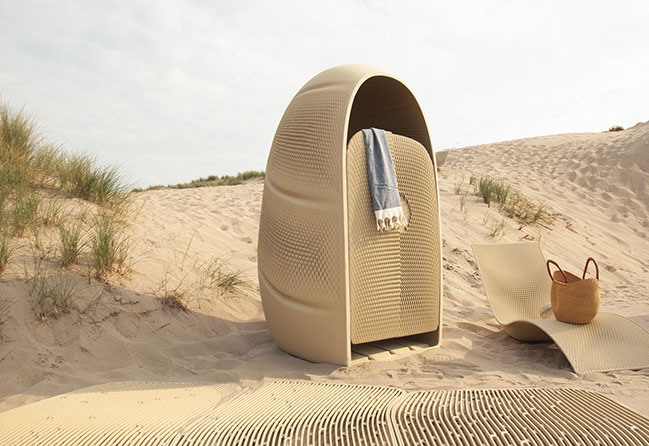 The collection embodies the ambition of the designers to give new life to discarded materials through design, robots and craftsmanship. Since 2015, The New Raw has developed a growing body of work which advocates for a sustainable use of plastic to spring a positive environmental and societal impact. 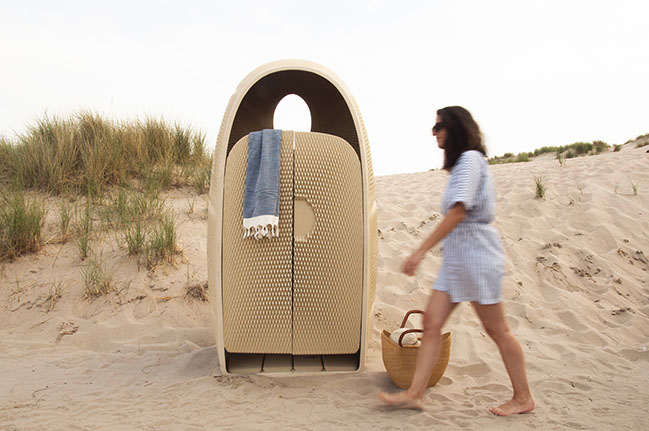 Produced within the premises of their new warehouse lab via a robotic manufacturing process, the series consists of three different products in two different color tones (Aqua and Sand): the fitting room, the footpath, and the sunbed. The design draws its formal inspiration from elements, hence the name of the collection, that we often find or experience by the sea, such as the carcasses of marine organisms, saltation patterns on the sand and the waves. Their sculptural forms consist of soft andor wavy surfaces that smoothly surround the user and offer a pleasant experience. 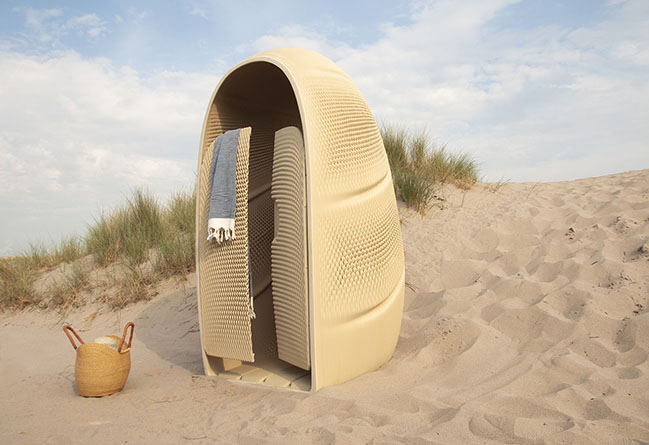 Plastic is a major contributor to the pollution of the seas. However, living in urban regions, we tend to forget about our dependence on the sea that is related to food and oxygen supply. With The Elements we wanted to give new life to plastics collected from the sea and provide useful and functional objects with a strong storytelling value. - affirms Panos Sakkas and Foteini Setaki, co-founders of The New Raw 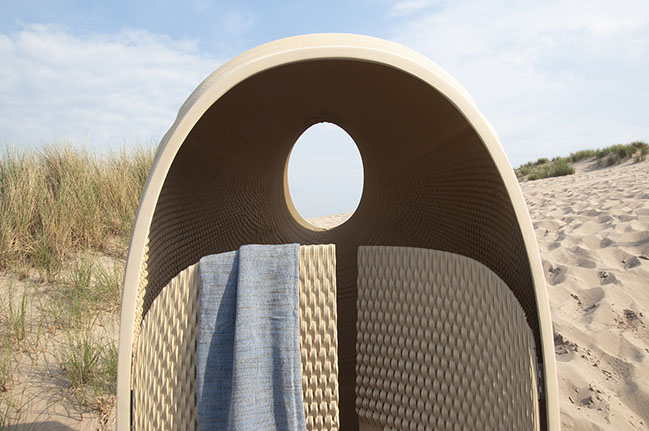 The designers worked on a “form follows process” concept for the shaping of this collection. The encoded 3D textures act equally as ornament and as functional components to achieve climatic comfort during use, through natural air ventilation, light irradiation, water drainage and cooling. This digital materiality introduces a new formal vocabulary which redefines the properties and the uses of plastic waste as a material for beach furniture. 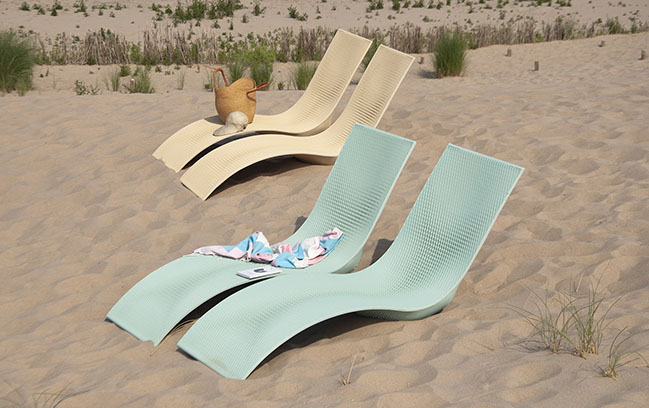 The New Raw develops its own craftsmanship techniques through a formal and technical language that highlights the texture and the layer-by-layer character of their designs. The Elements fully embodies this process in the patterns, the shadows, the colours and the layers orientation that have been composed through the programming of the robot movement. Moreover, The Elements’ geometries have been engineered to minimise printing time and assembly. 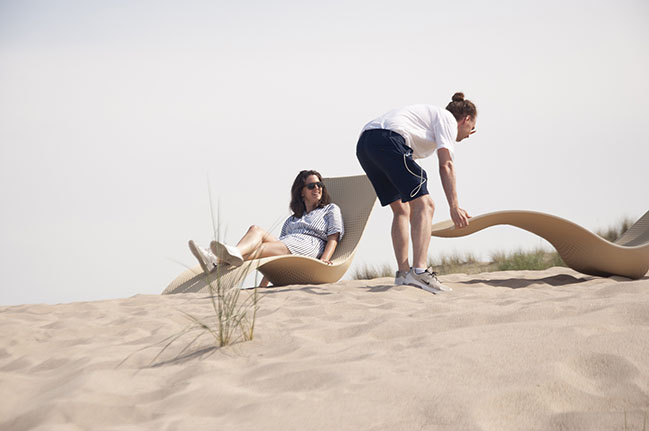 Each piece of the collection, originally designed for Coca-Cola in Greece, is made with 80% recycled marine plastic and is 100% recyclable to potentially become the raw material of future products.

In summer 2021, the series has been implemented in six beaches located in some of the most famous locations in Greece from Glyfada (near Athens in the Attica region) to the islands of Crete (Chania beach), Rhodes (Elli beach), Kefalonia (Skala beach) and Kythnos (Loutra and Agios Dimitrios beaches). For the production of these six collections, The New Raw has used 720 kgs of plastic waste. 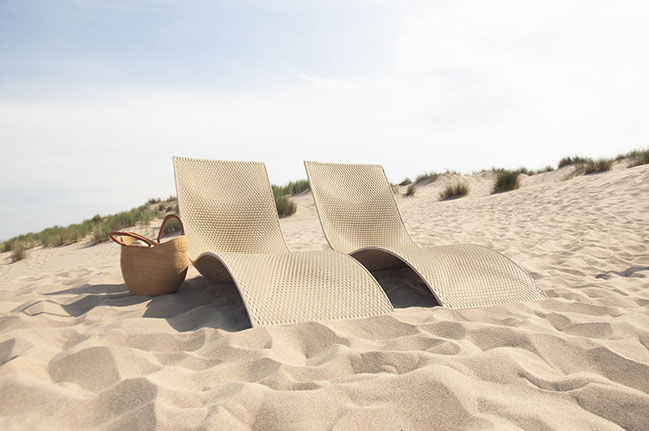 The New Raw’s 360 degree approach in design and production is based on a vision of a future way of thinking and “making with waste” that is decentralised and can use local plastic waste as a local material resource. Providing this way a more sustainable future for coastal and insular areas where local production can benefit from global design thinking and can act independently of global material supply chains. 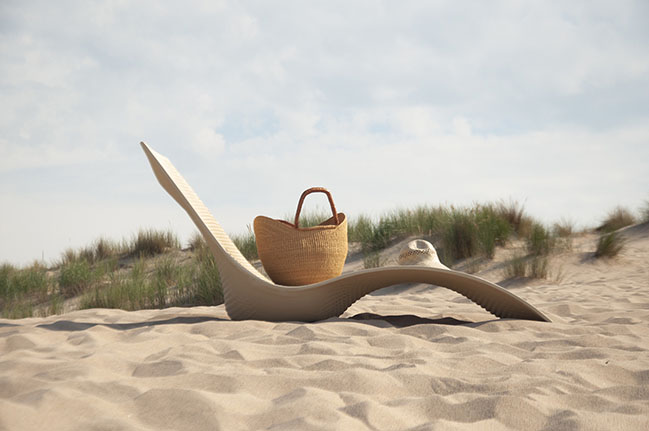 With The Elements, the designers show how to bring balance, digital aesthetics, ergonomics and unexpected forms to an ordinary material that was previously considered waste. At the same time the collection redefines how we see and experience plastic waste by using robotic printing as an alternative means to develop a new formal vocabulary and visual language. 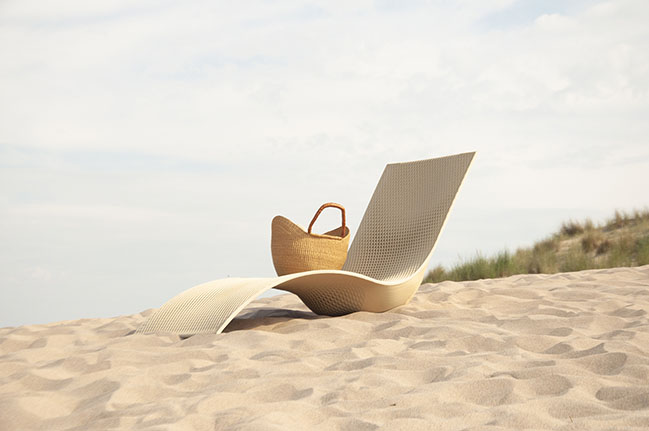 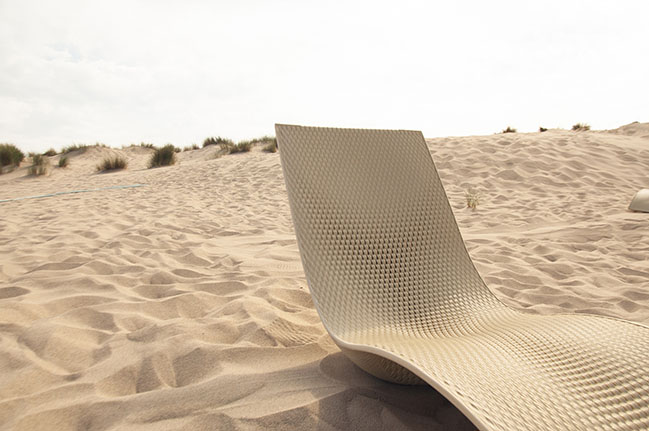 YOU MAY ALSO LIKE: Snøhetta presents S-1500: A chair made from recycled plastic 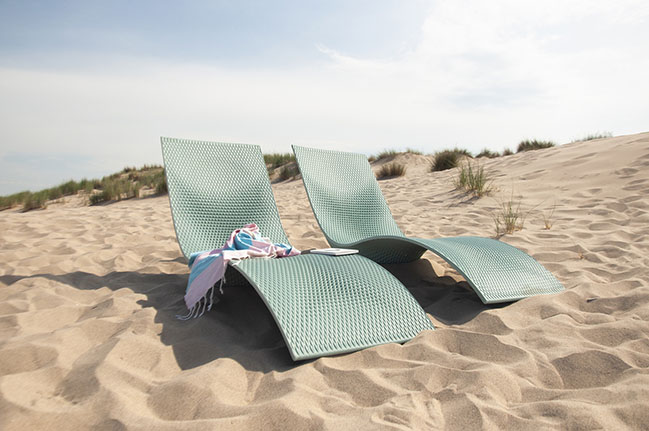 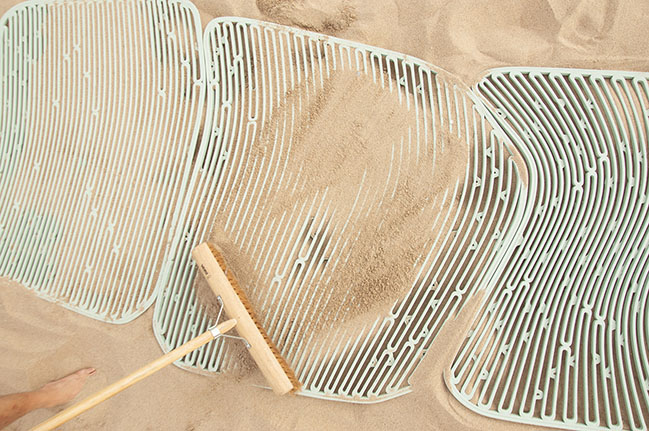 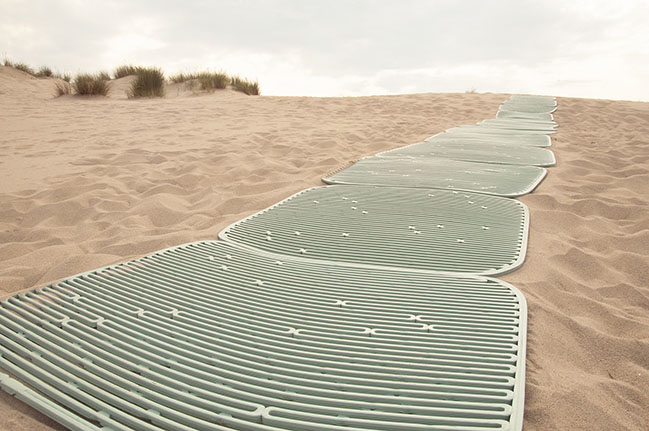 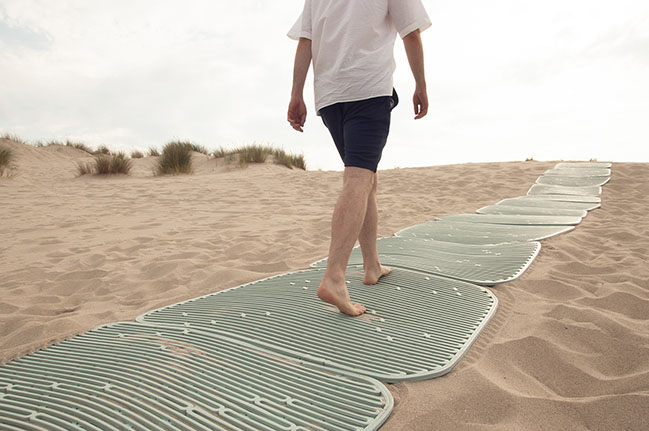 YOU MAY ALSO LIKE: The Hudson armchair by Ramón Esteve Estudio 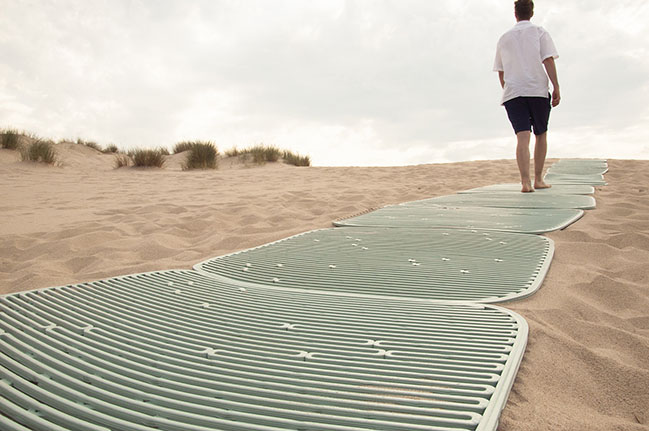 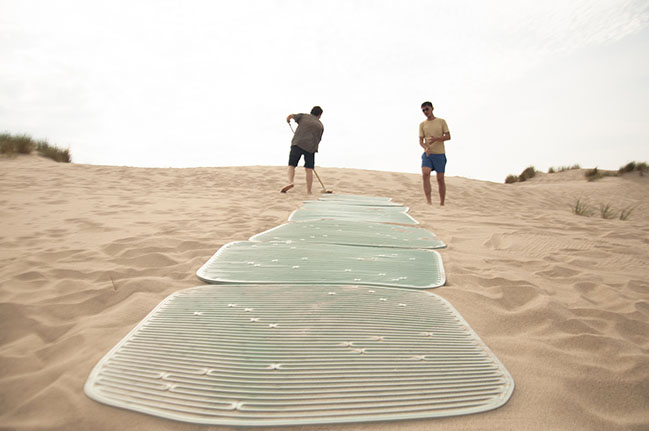 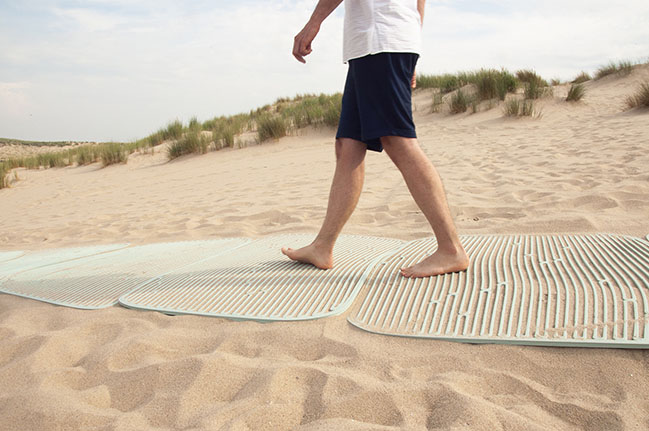 YOU MAY ALSO LIKE: Recyclable Pavilion by 500 white plastic chairs by CODA 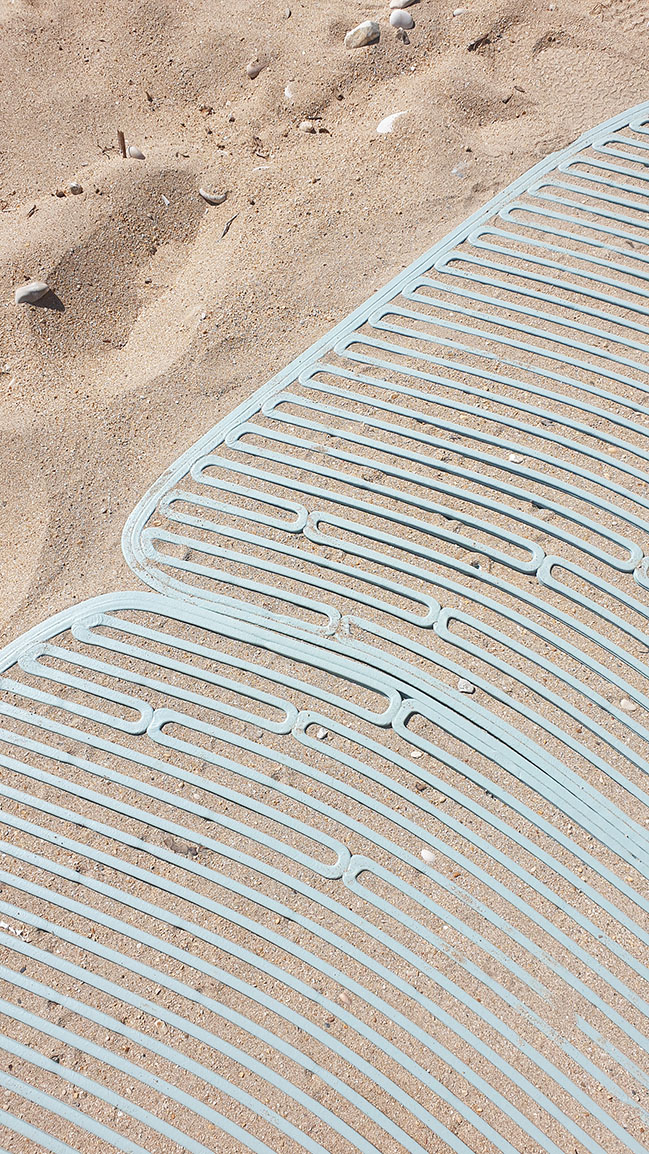 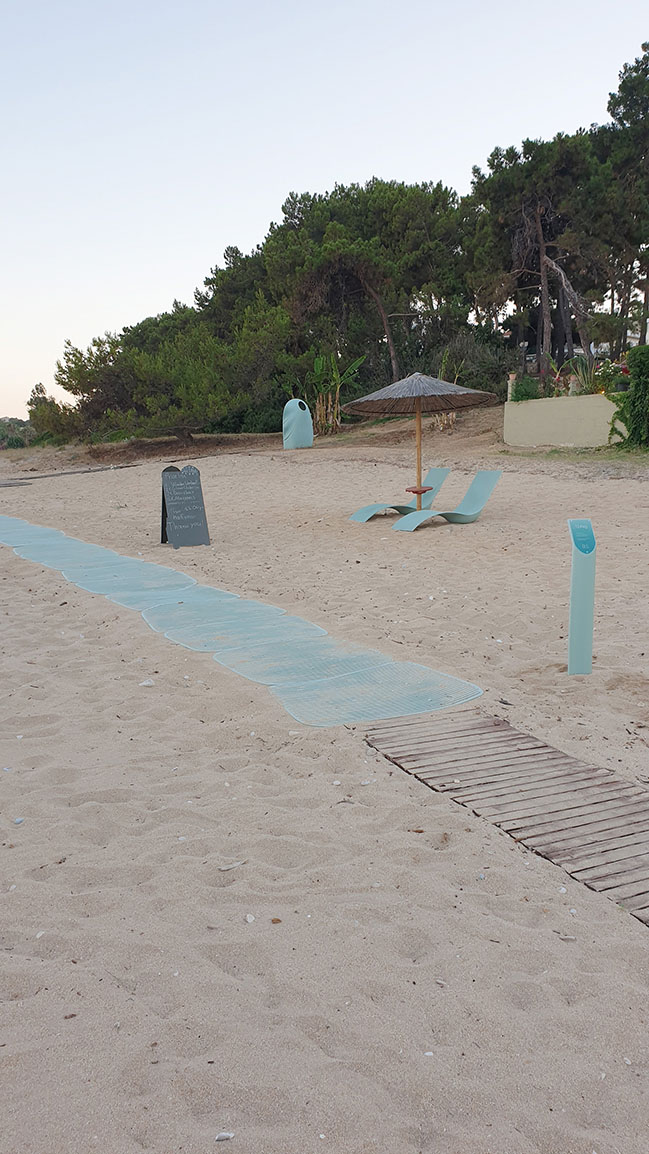 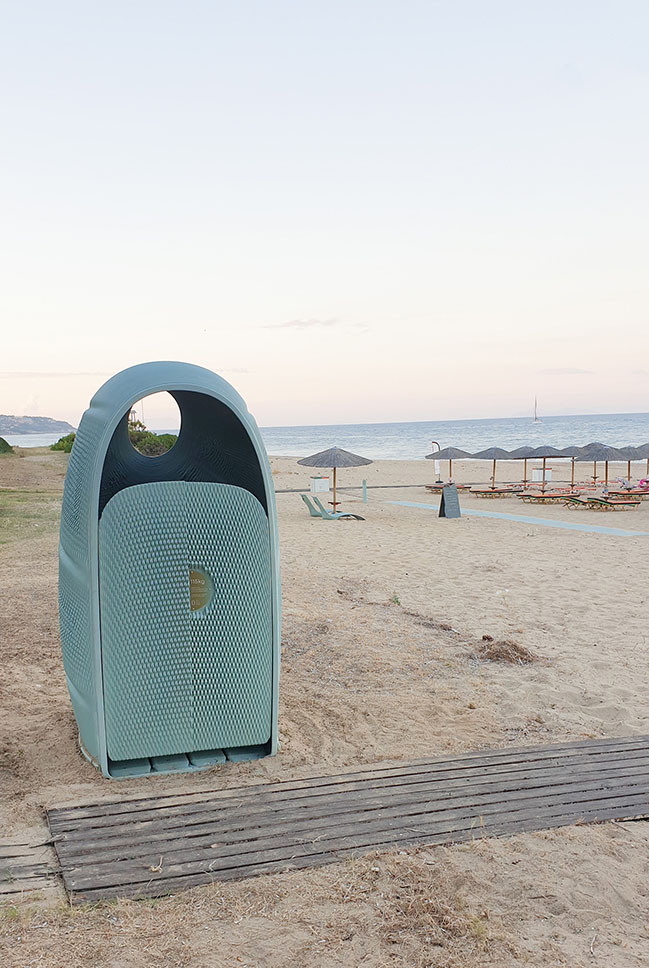 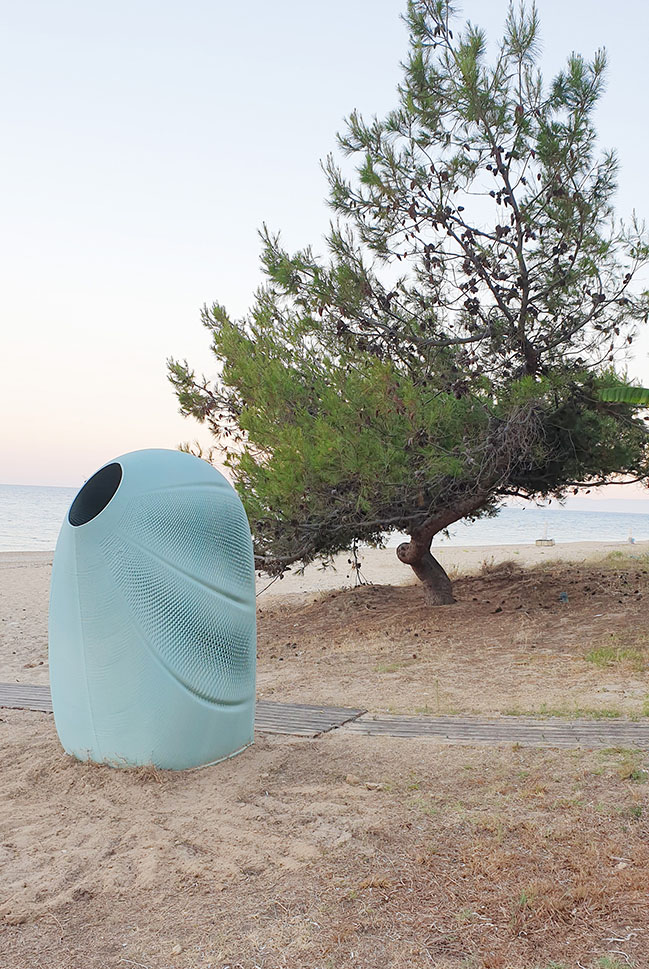 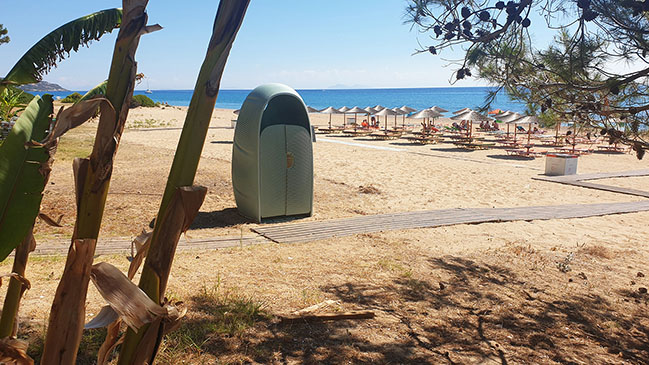 YOU MAY ALSO LIKE: Recycled Ocean Plastic Resort by Margot Krasojević Architects

07 / 01 / 2021 The Elements by The New Raw: crafting beach furniture from upcycled marine plastic waste in Greece ...