Belle Apartments offers 85 apartments, consisting of a mix of one and two-bedroom apartments varying in size from 45 to 75 sqm, located in Box Hill. 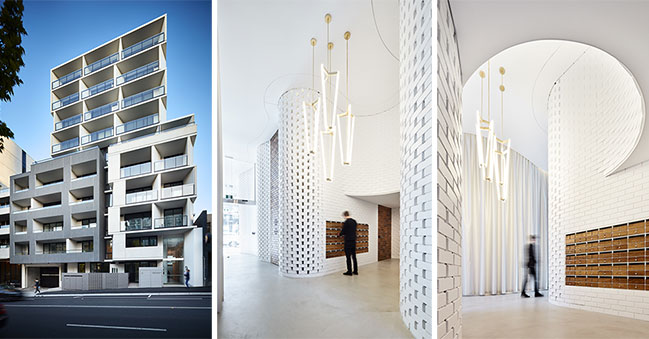 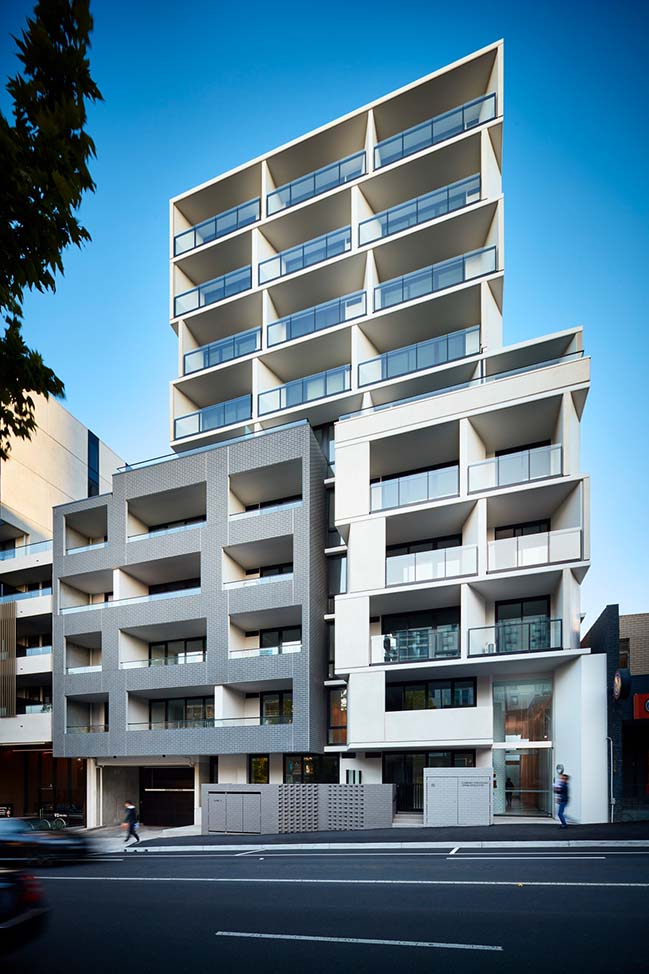 From the architect: The articulation of the façade is influenced by the strong multi-cultural history of the surrounding area. The opportunity to incorporate it into the building’s design was a means of reflecting the urban character of Box Hill. 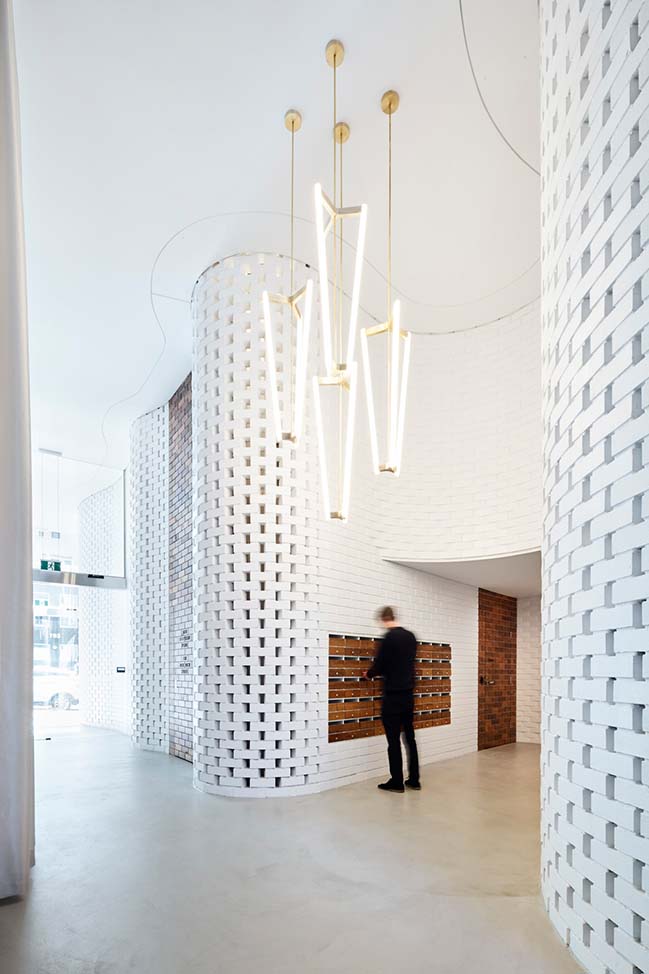 Investigations into vernacular Chinese architecture, in particular the use of geometric patterns in traditional facades, was translated into a series of patterns to add visual interest to the minimal façade. The realization of the building footprint was driven by the consideration given to both the current built context adjacent to the site as well as the project future development. 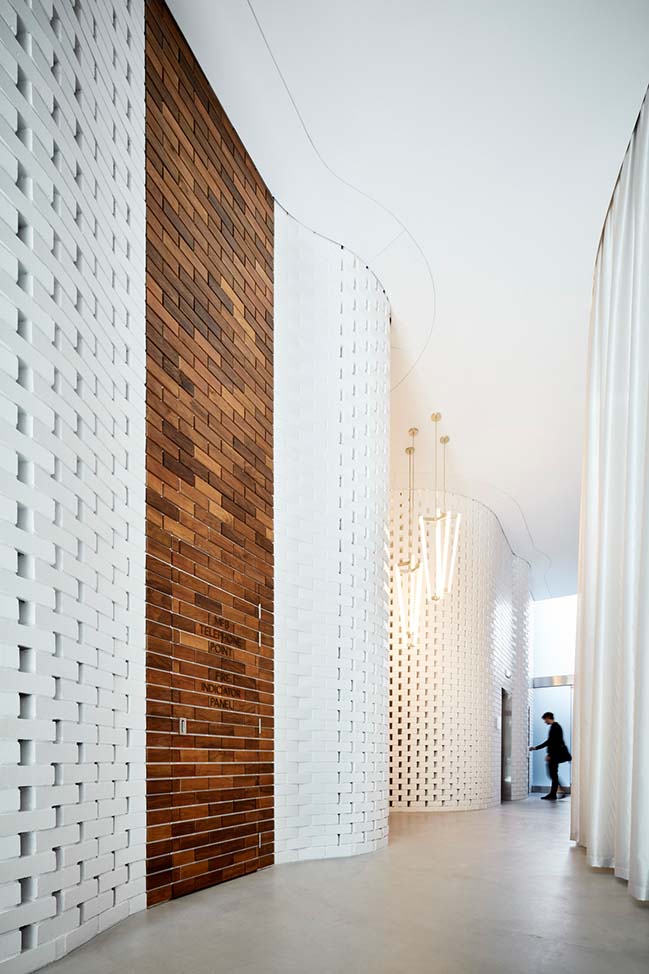 Along the northern part of the site, set backs were introduced to respect the current one storey residences adjacent whilst at the same time allowing for reciprocal future development on the site. The proposed footprint was only maximized in instances which were considered less sensitive, for example, the southern boundary which abuts retail use and the eastern boundary which is nearby to the rear laneway and an existing car park. 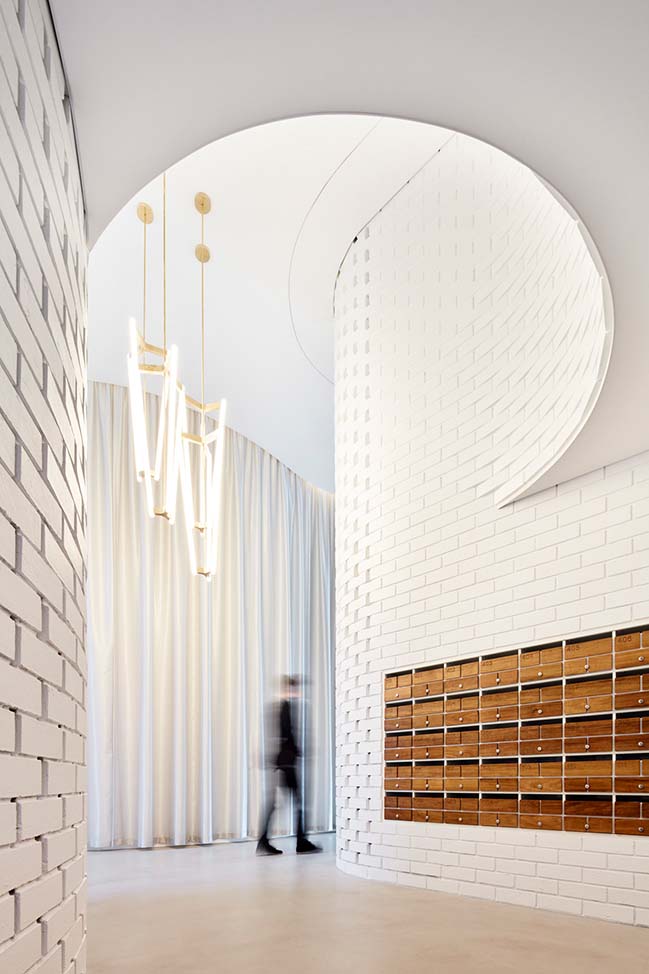 The inclusion of differing patterns and colours for each articulated volume delineate the discrete nature of each volume and allow the development to present as a grouping of smaller scale volumes rather than one large building. 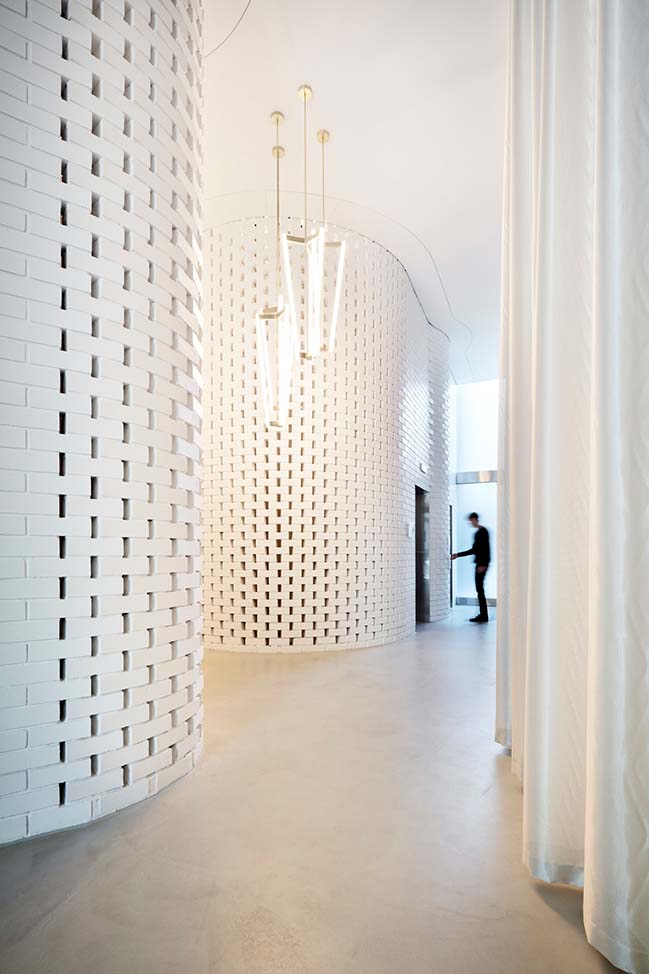 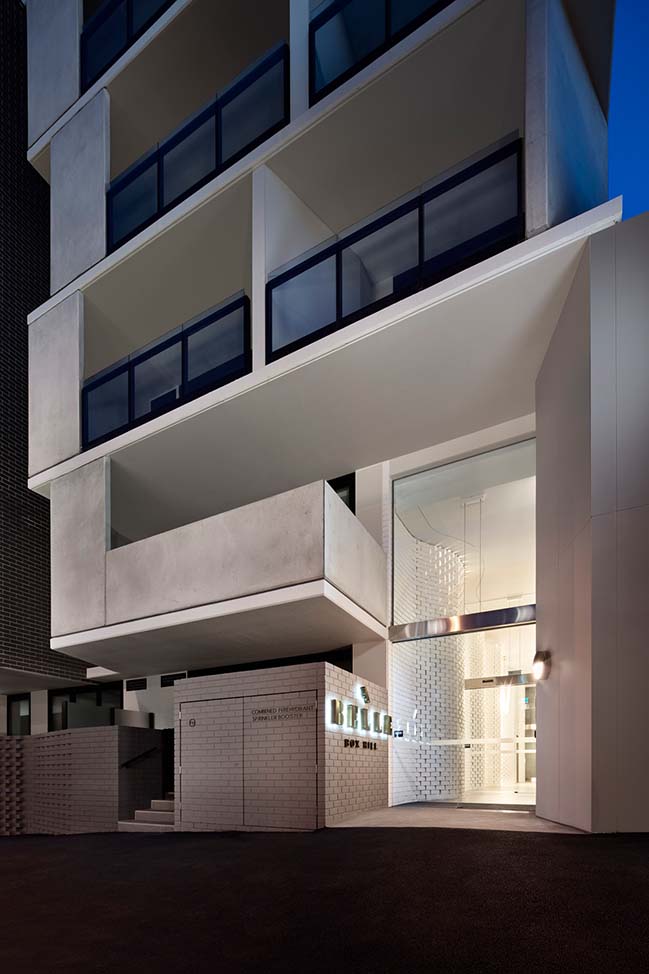