Bernard Tschumi urbanistes Architectes (BTuA) has won one of the largest university commissions in France at the Université Paris-Sud in Saclay, just south of Paris. The €283 million ($350 million) design-build contract for a state-of-the-art education and research center will be built by a team led by Bouygues Construction and also including architects Groupe-6 and BE. The team will carry out the design, construction, operation, and maintenance of the Biology–Pharmacy–Chemistry Center for the Université Paris-Sud, which is developing into France’s largest research and education complex. Completion of the 88,000 square-meter (approximately 1 million square-foot) center is scheduled for April 2022, following 12 months of development studies and 36 months of construction. 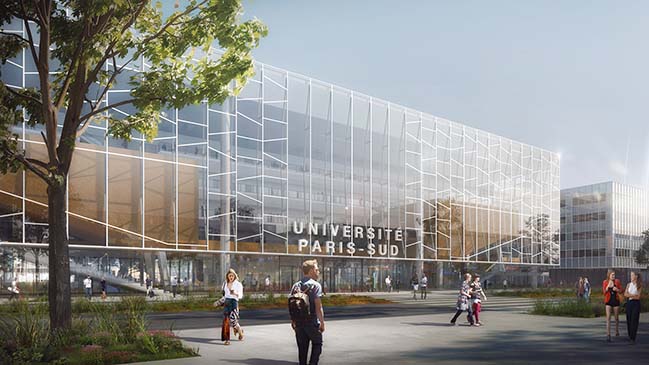 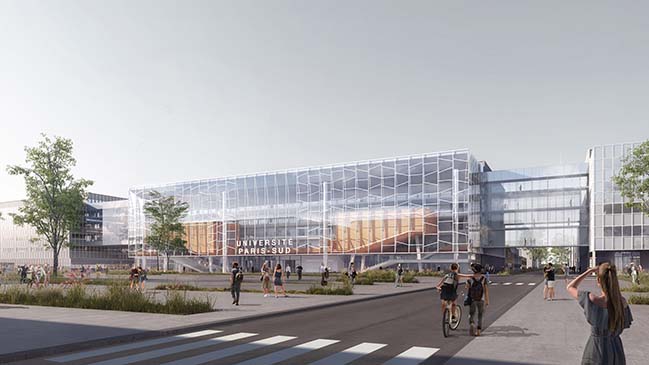 From the architect: Made of six buildings closely connected by flying bridges, the METRO center, named for its location close to transportation from central Paris, incorporates teaching facilities, research labs, social spaces, restaurants, offices, logistical areas, and car parks. The complex will house over 4,500 people, with 3,300 students and 1,300 research faculty members on the METRO site (at 74,000 square meters). 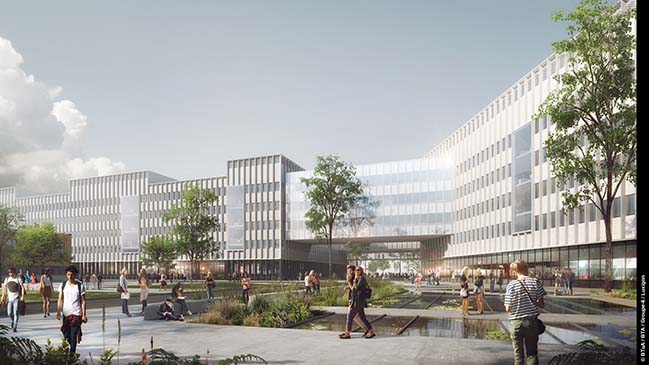 This public-private partnership, or PPP, resulted from a competition process involving three of Europe’s largest construction firms and associated architectural teams: Bernard Tschumi with Bouygues Construction and Groupe-6, Herzog & de Meuron with Vinci Construction, and MVRDV with Eiffage. The competition lasted two and a half years, with precise client requests including a complex program and tight cost-control and energy-saving requirements. 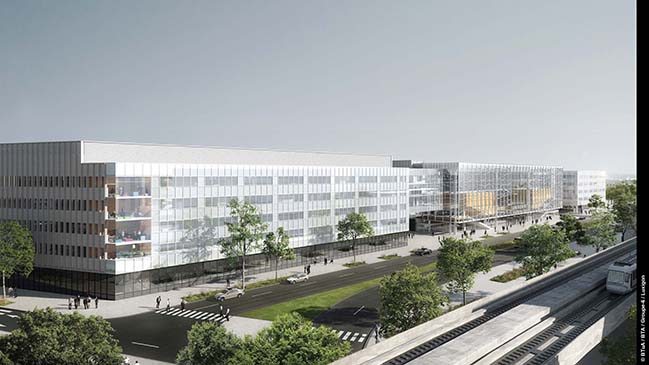 The architectural concept of the METRO site, coordinated by Bernard Tschumi Architects, consists of a chain of six separate but interlinked buildings that act as an interior street, a common denominator, and a social space for the whole complex, joining together three different scientific disciplines. 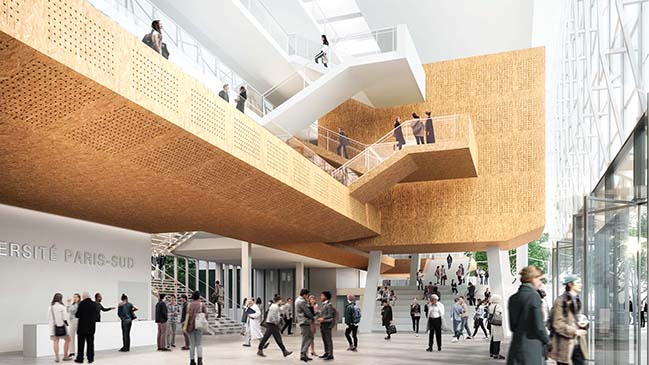 Facing north, a fully glazed building opens onto the main axis of the site and acts as the heart of the complex. It includes social spaces and auditoria, a small museum, administration, and applied research facilities. To the east are research laboratories; to the west lie teaching facilities and the southern access-point of the site.

All facades opening to the north and all connecting bridges are fully glazed, while the south, east, and west facades are made of high-quality white precast-concrete panels with fins. 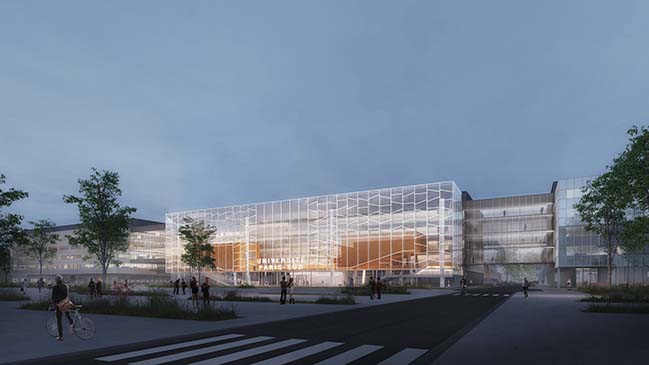 The scale of the different parts of the complex varies depending on their functions and their locations on the site. For example, the glazed facades on the main campus axis are 25 meters high (approximately 82 feet) and incorporate six levels, but the volumes located near small existing constructions have been designed with three levels each.

The project was developed simultaneously in both of Bernard Tschumi’s offices: BTA in New York (Joel Rutten, co-director) and BTuA in Paris (Véronique Descharrières, partner and co-director). Groupe-6 was charged with the interior organization of the research component, a major part of the complex. 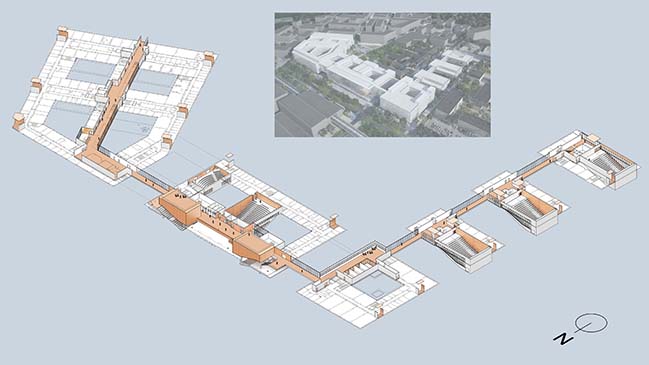 05 / 08 / 2018 Bernard Tschumi urbanistes Architectes (BTuA) has won one of the largest university commissions in France at the Université Paris-Sud in Saclay, just south of Paris 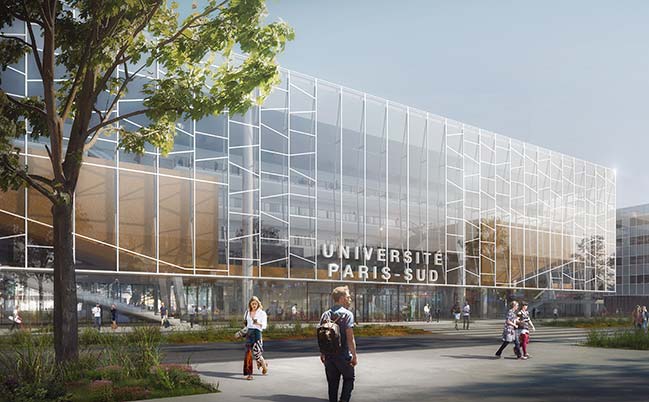