Designed by Davide Coluzzi DAZ. Breeding clouds is a vision of a possible future in which mankind has managed to use its wits to solve serious problems such as climate change and aridity. 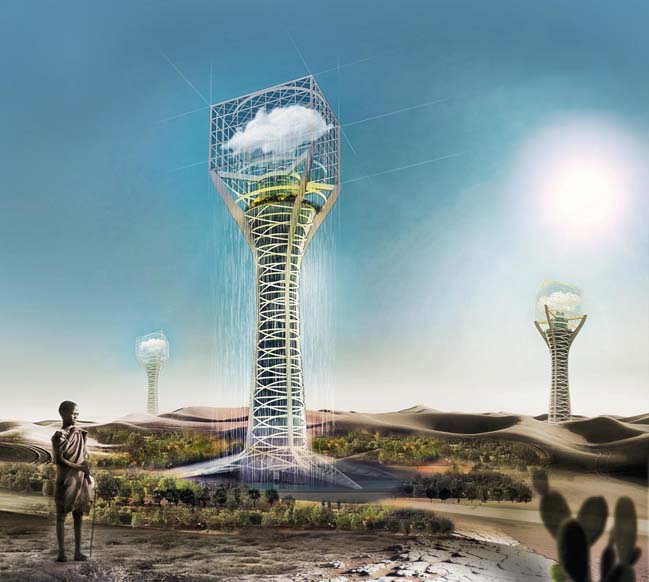 Project's description: To interpret vertical building in a world in danger means to create small vertical ecosystems. The Breeding Clouds towers are rain generators. The lower part of the tower consists of ionizers that collect and electrify dust particles from the ground. Negatively charged ions tend to rise to the warmer air. Each tower has the ability to capture within a giant glass case the ionized particles. Inside the condensation chamber they are kept in continuous circular motion in order to condense the charged particles with the right humidity: in this way a cloud is generated. The fully charged cloud will create rain, which is collected along the stem of the tower and will be used to irrigate the levels of the tower and the surrounding soil. Large amounts of rain concentrated in a small point may change the way to cultivate plants. The tower is a large vertical greenhouse to collect botanical species that usually could not exist in an arid climate. Developing these towers in desert areas means generating artificial oases. The power supply of this futuristic building is autonomous, using the kinetic energy of the water itself and solar energy captured on the outer shell of the cloud generating condensation-chamber. 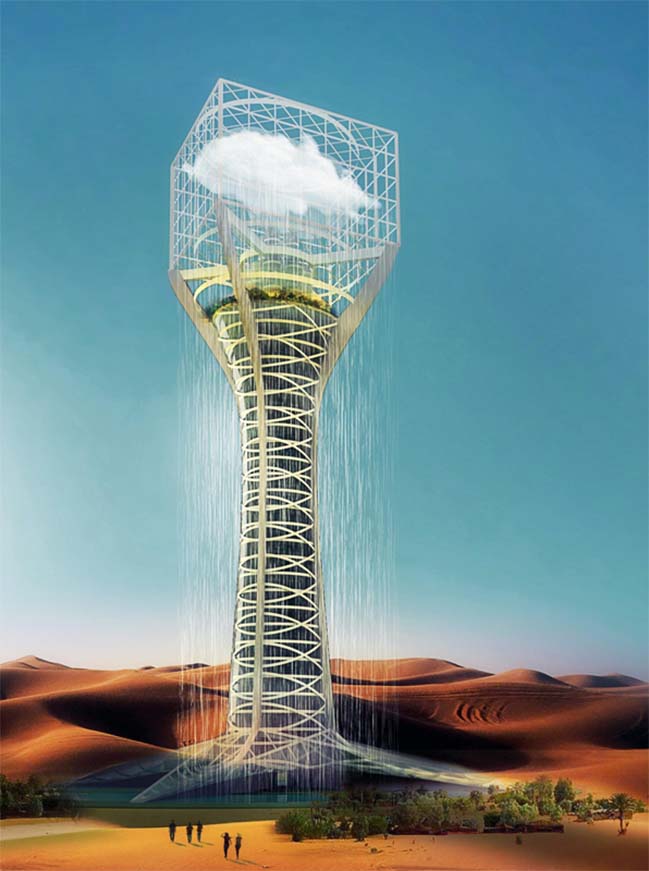 The project is clearly utopian but it wants to point out that new technologies and climate research can used in an alternative way than to terrorize or defeat others: to finally comfort and give a better life to those in distress. 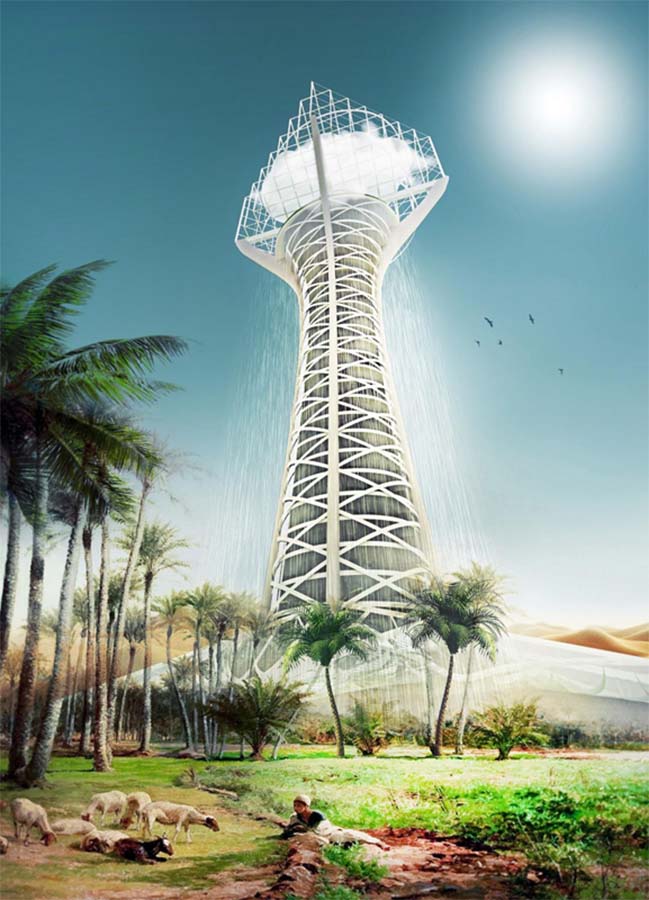 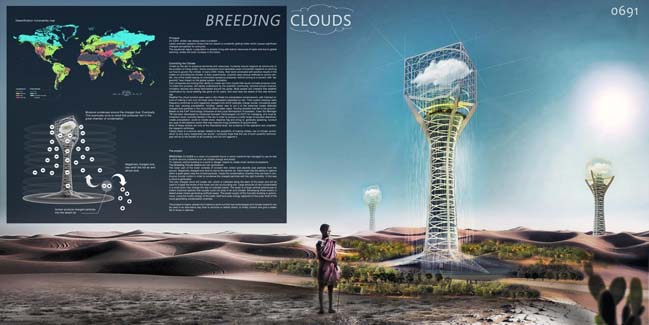 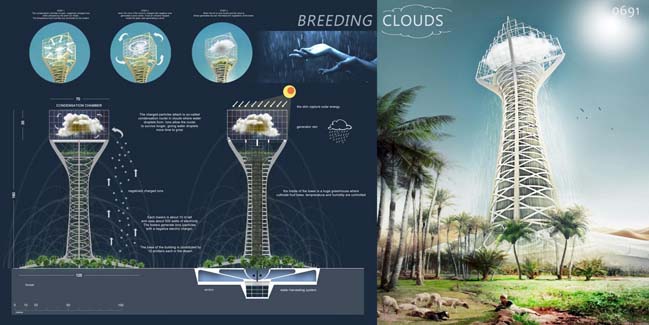 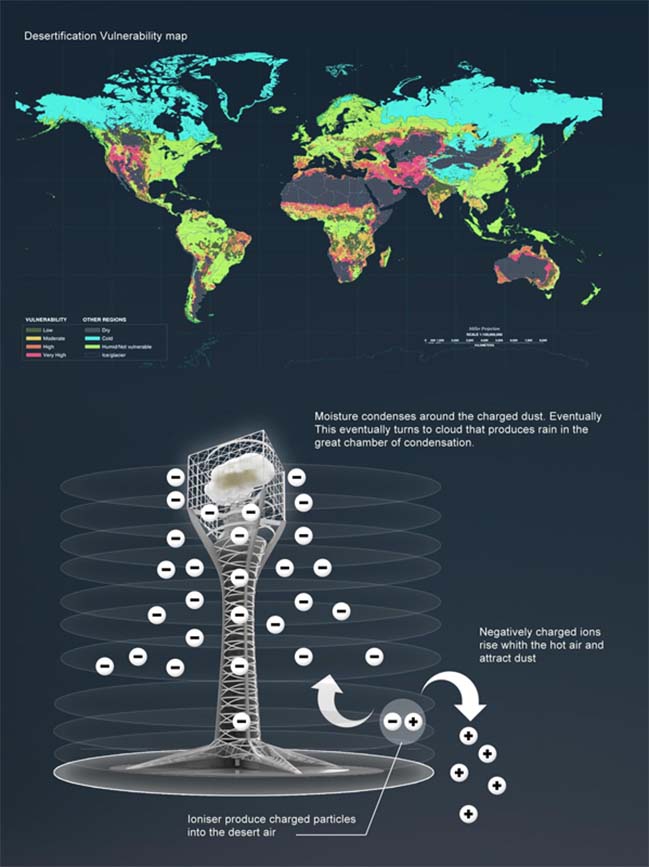 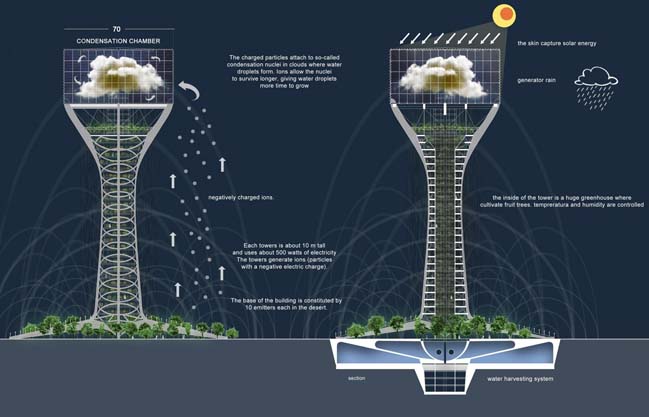