The Hotel de Sonloup built in 1911 saddled on the top of the hills above Les Avants at 1'550 ms above sea level, overlooking Montreux and the Leman Lake with spectacular view to the surrounding landscape and accessible by a purpose built funicular. After a period of closure during the First World War it was bought by a public transport syndicate and later opened as a hotel again. 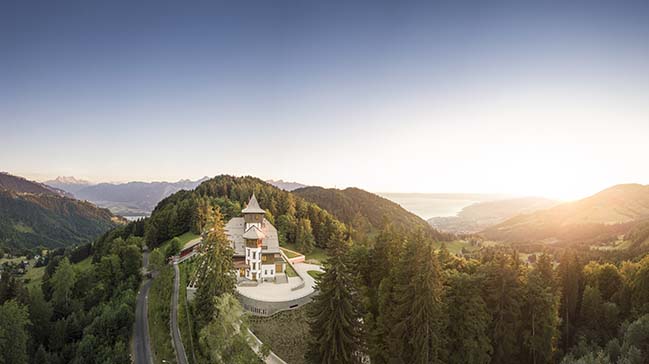 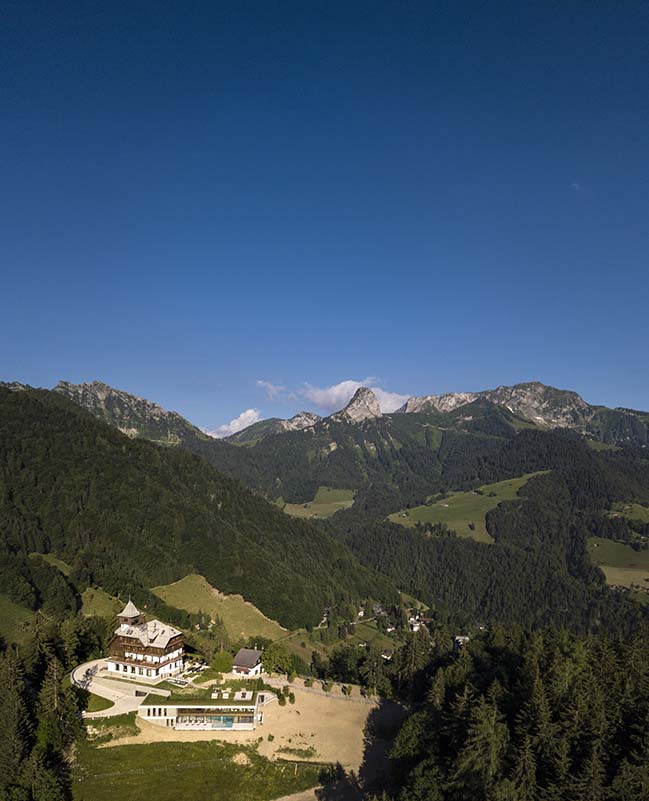 From the architect: RDR architects were mandated to transform and extend the premises to house a new type of establishment, a modern day version of the original mountain wellness centre, combining the amenities of a 5 star hotel with the clinical and spa facilities of a world class rehabilitation clinic. 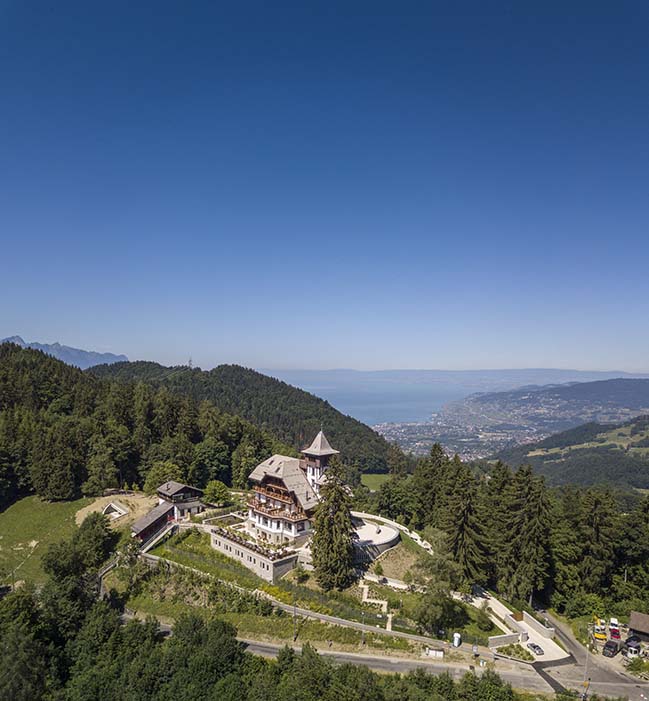 To this end the existing hotel was fully gutted and re-built from the inside out, incorporating a total of 20 fully serviced bedrooms and retaining only the most interesting rooms on the lower floors, providing spacious morning and day rooms, reception Hall and services and adding a new lift and stairwell leading to the extension on the lower levels. 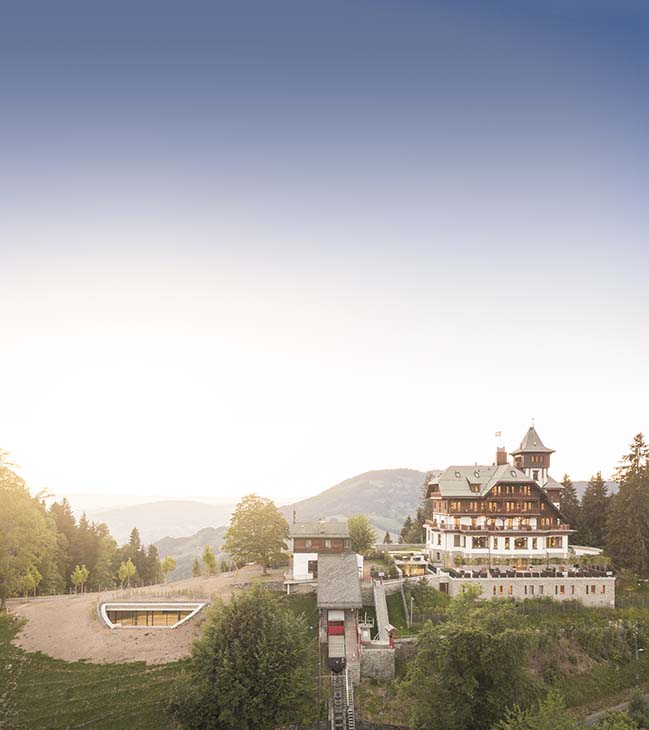 Multiple extensions were developed, nearly doubling the original surface of the hotel. A new wing was added on the southwestern side, housing all clinical amenities and the spa on the lowest level, new bedrooms were introduced under the rebuilt terrace on the eastern side and kitchen, storage, technical, parking, deliveries and services accommodated below the remaining base on the remaining sides. An additional meditation space was embedded in the rock face, accessed by an excavated tunnel, opening to face the view of the surrounding peaks on the eastern face of the hill. 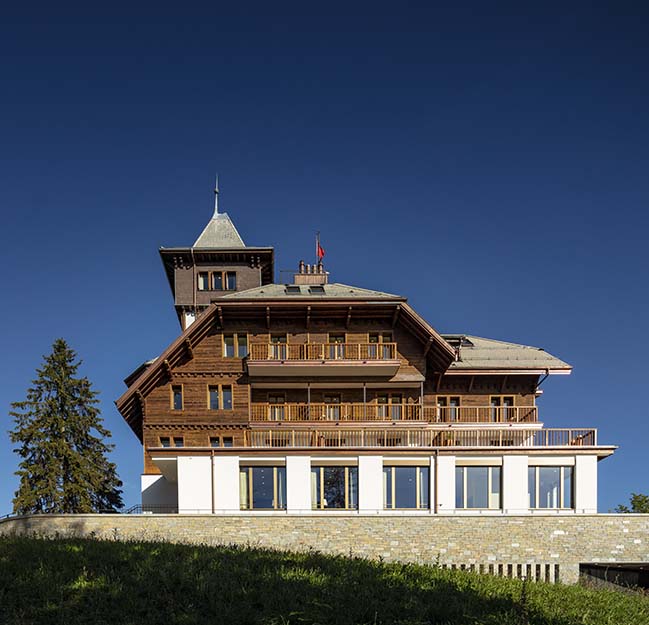 A clearly defined and contrasting form was developed for the extension with the use of stone walls and dark metalwork, the same palette as the renovated hotel but in a more contemporary fashion, seeking to establish a dialogue between the two parts of the new whole whilst assuming a clear position in the landscape even if in a large part built into the side of the mountain.

Great attention was paid to the introduction of natural light to all the new spaces, seeking to contribute to the general intention of wellbeing pursued throughout the whole complex. 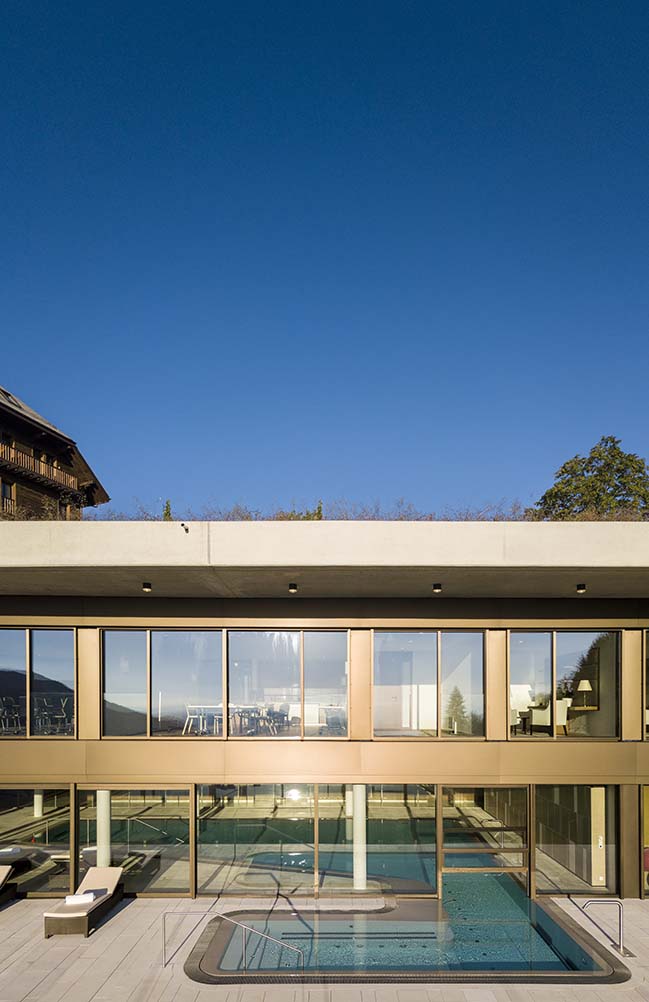 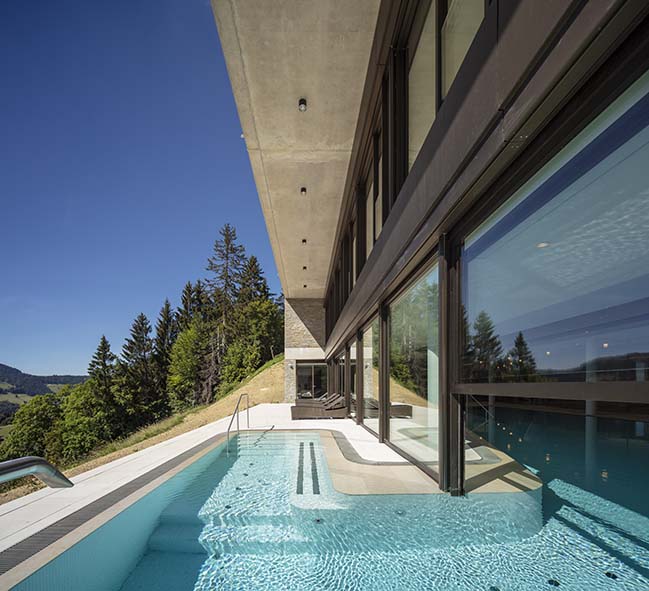 YOU MAY ALSO LIKE: Zallinger: a scattered Hotel at high altitude by noa* 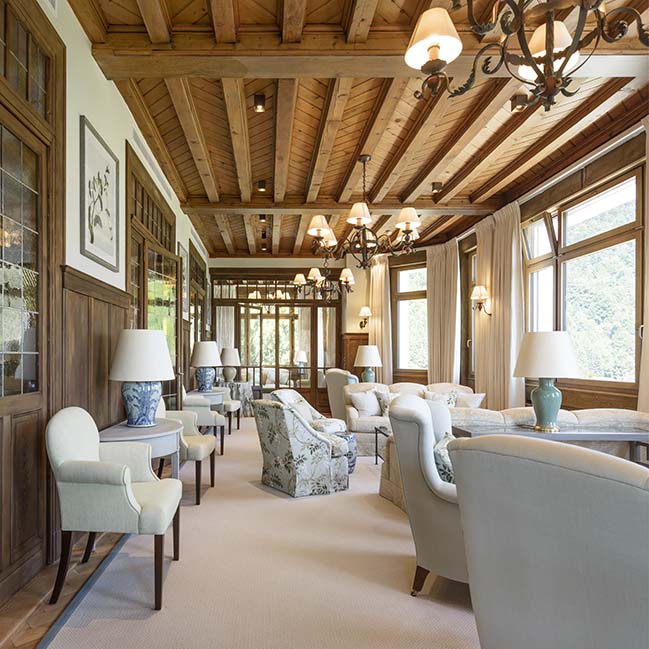 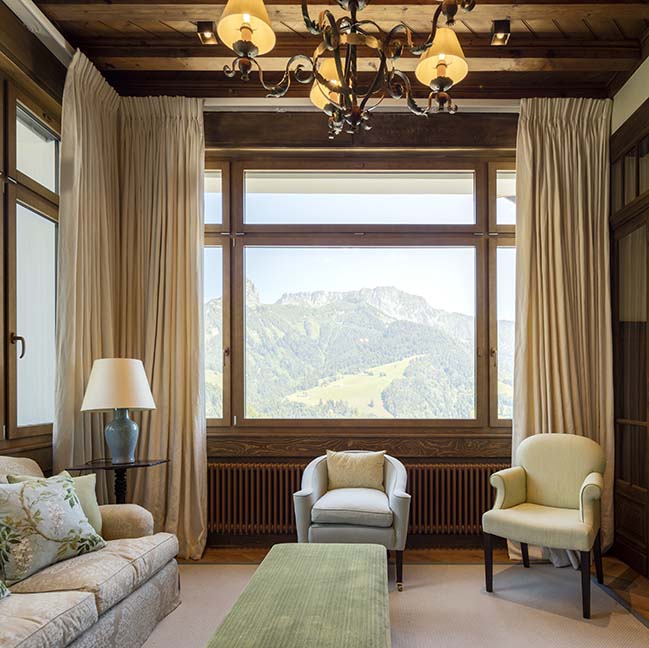 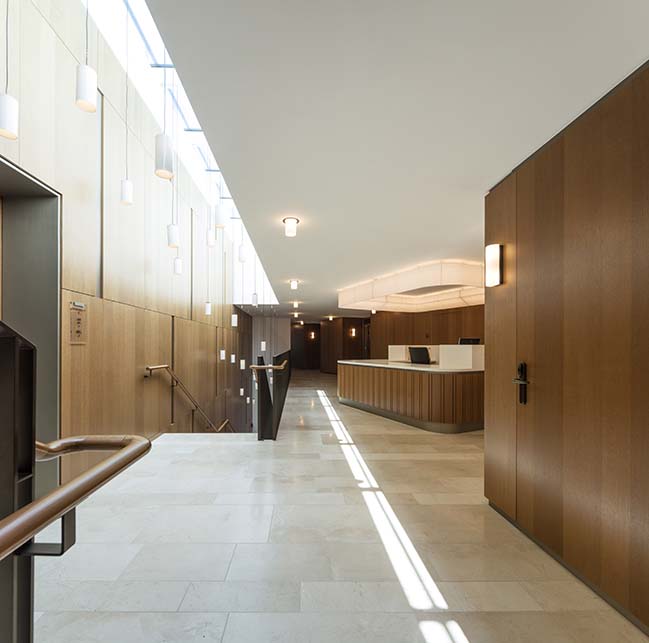 YOU MAY ALSO LIKE: Hotel Mama Shelter Toulouse by ppa • architectures 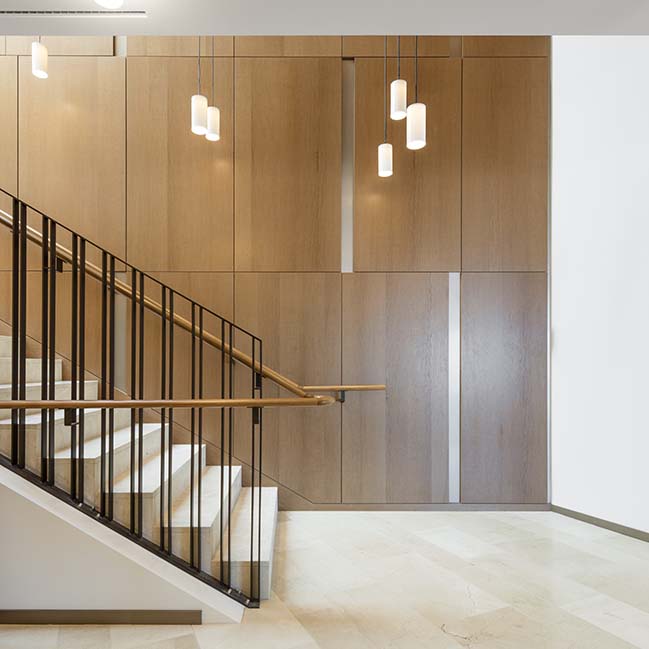 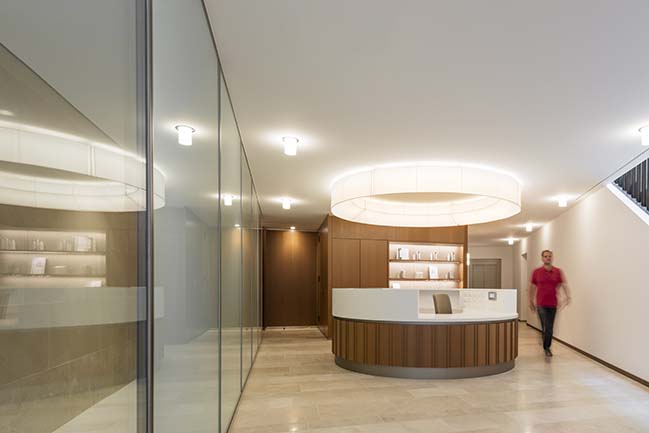 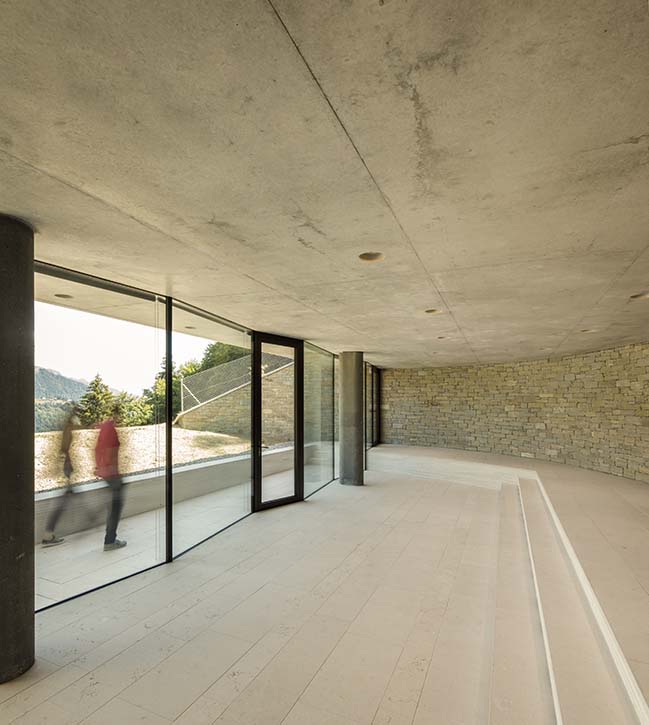 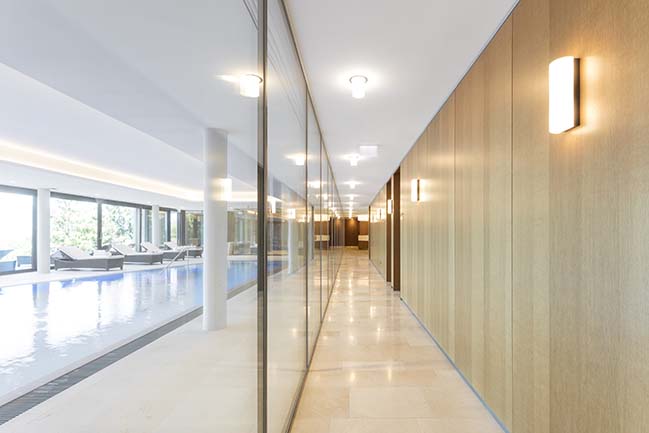 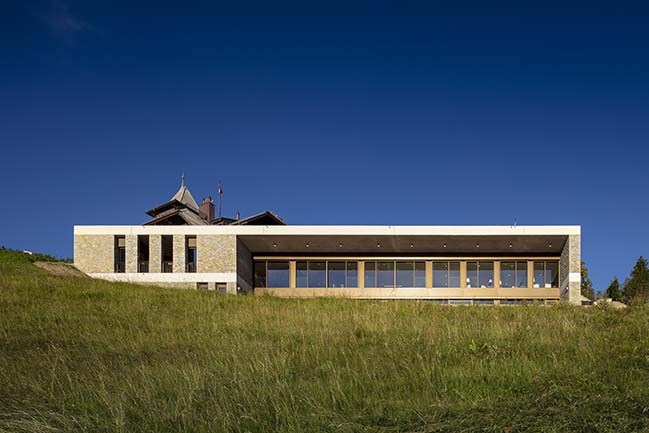 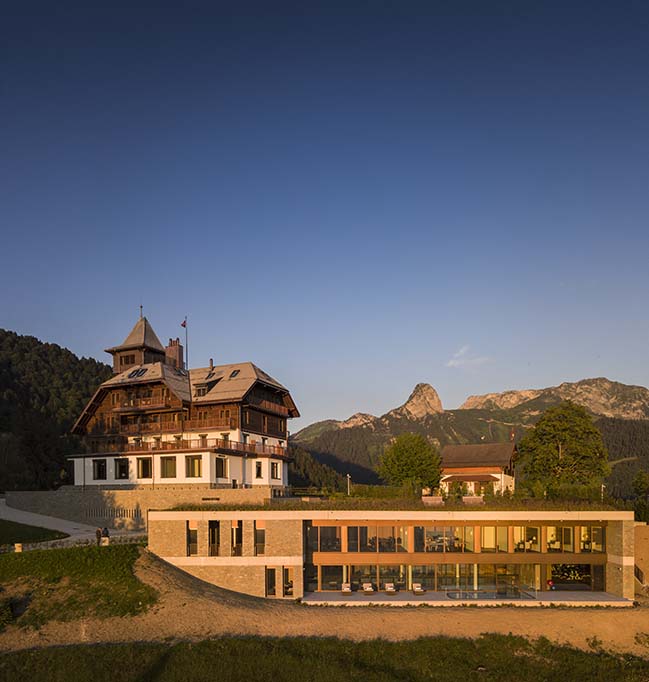 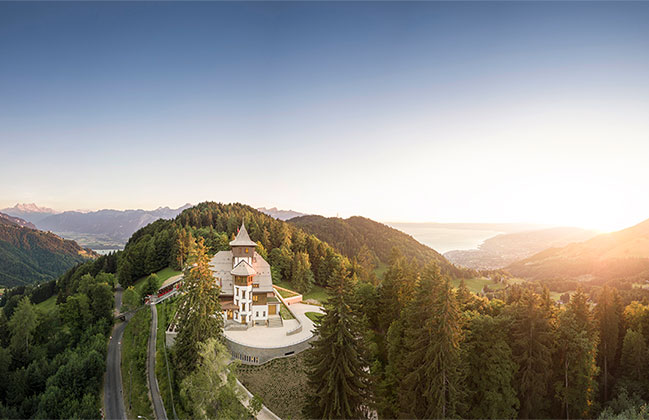 Recommended post: Cottage on the Point by Paul Bernier Architecte