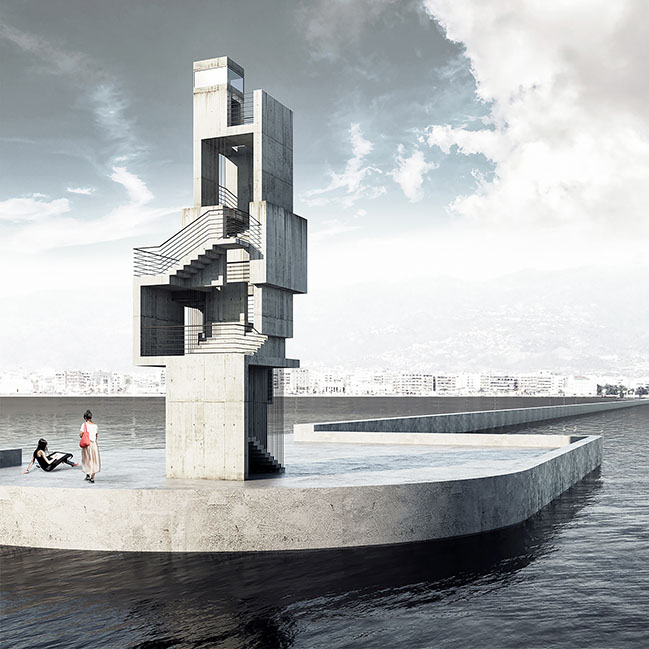 From the architect: In June 2021 the project was selected by the jury, along with four other projects, as a finalist in the category of Unbuilt Transportation. A month later, the project was announced as the Popular Choice Award Winner, following a global open public voting where over 400,000 votes were cast in total. 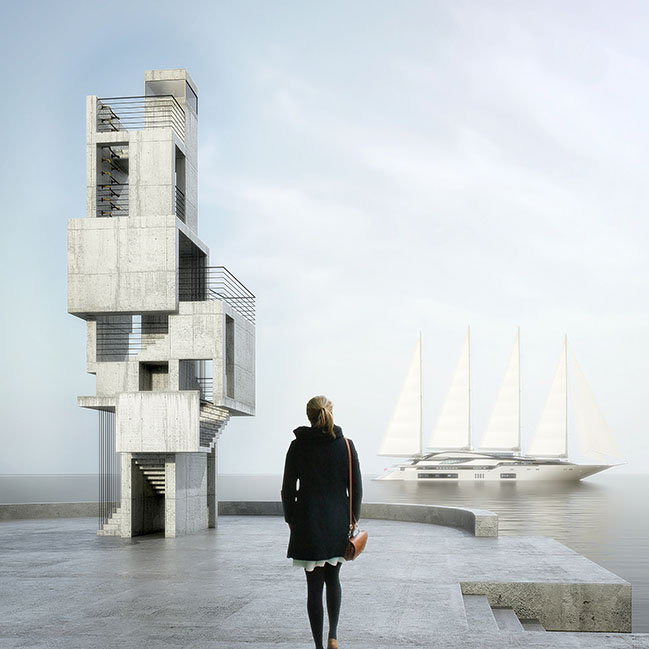 Among the winners of the other categories are Zaha Hadid Architects, Tadao Ando Architects & Associates, Heatherwick Studio, MAD Architects, Studio Zhu Pei, and others. 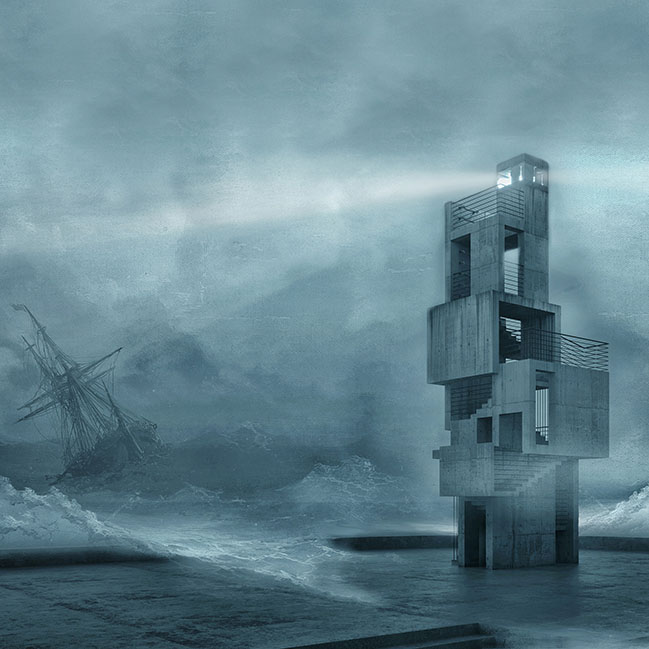 The project
Cubes Aleorion is a proposal for a lighthouse at the port of Volos, located at the innermost point of the Pagasetic Gulf and standing at the end of the 1 km long breakwater, commonly referred to by locals as “kordoni” (lace or cord). Aleorion [etym. < anc. Greek: ἀλεωρή “avoidance, to avoid”] is a navigation mark to reveal reefs and other hazards. It is a modern interpretation of what is considered to have been the oldest known lighthouse. 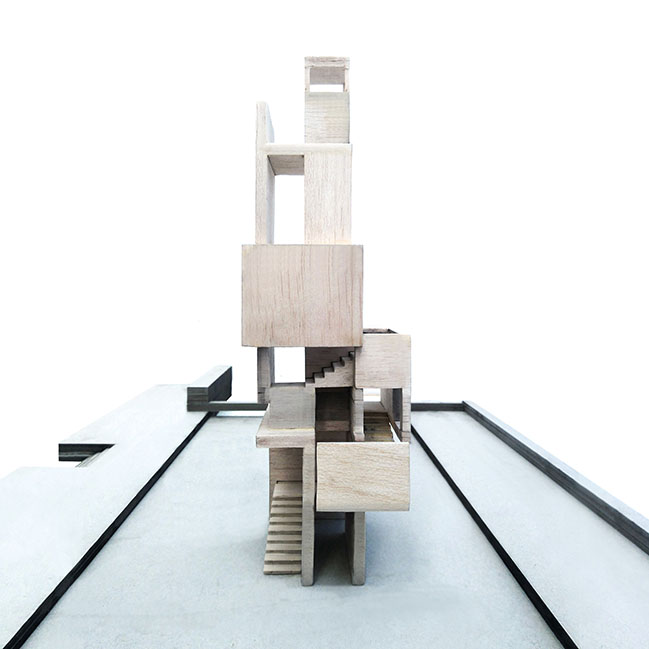 Inspiration with roots in ancient history
Inspiration for the Cubes Aleorion was the so-called Aleorion of Xerxes, built around 480 BC, which once stood on the “Lefteris” reef, in the middle of the sea passage between Skiathos Island and Mount Pelion in central Greece. Remnants of the installation, parts of the structure’s base, consisting of hand shaped dolomite boulders, were found on the reef. It is considered to be the most ancient maritime safety structure in the world, built 250 years before the Lighthouse of Alexandria. The Dolomite stones, used for the construction of the lighthouse, had been extracted from the mines of Sepiada, in south Pelion, and each one weighed over half a ton. The stone pieces were placed on top of each other to form a tower that functioned as a warning sign of the reef and the nearby very shallow waters, thus preventing any accidents and sinkings. 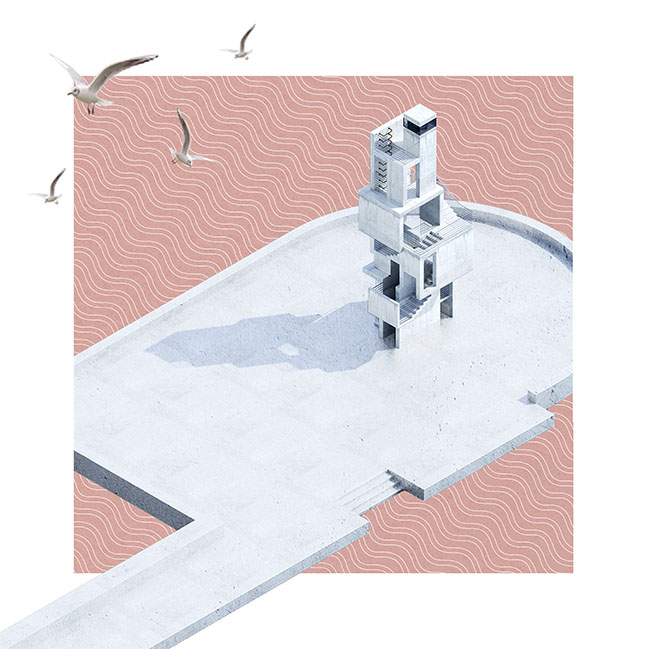 A modern interpretation
The essence of the ancient simple stacked stone structure is transcribed in a new modern tower form. The Cubes Aleorion design concept was developed on the basis of cube-shaped concrete blocks placed upon each other, forming a 14.25m tower. The blocks are horizontally shifted around the main vertical axis, gradually differentiating in size and being cut out in various ways, creating internal voids and openings. Inside the created hollow space, a stairway to the top is being installed. The exposed all-concrete lighthouse structure echoes the materiality of the port breakwater and the urban character of the surroundings. 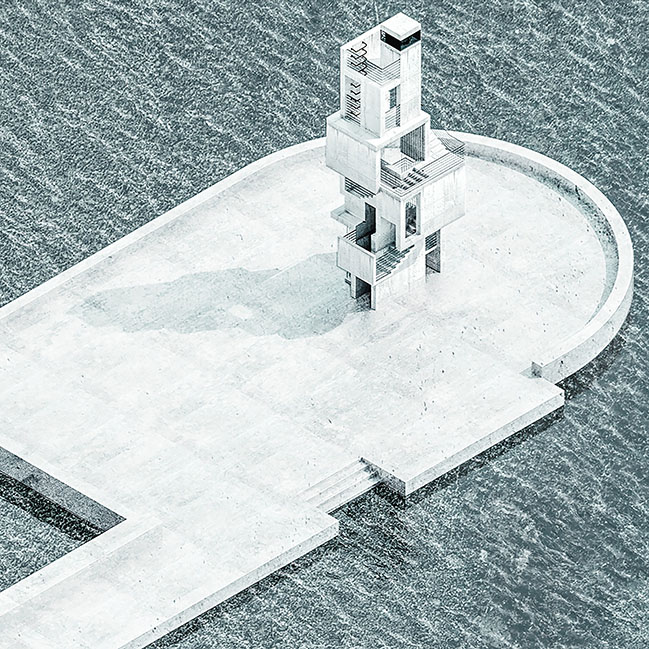 Beyond the necessity for technical and maintenance purposes, the vertical circulation serves as an open invitation to visitors to explore the structure and enjoy the view. Each level frames a different viewpoint of the bay, thus creating new perspectives of the city, the port, the sea, and the opposite coast of the Pagasetic Gulf. A casual walk along the paved breakwater is enriched with a new end-destination, encouraging the extension of the city waterfront promenade onto the sea. A new landmark of the port and the city is born.

The project was developed by Vasilis Mylonas of bo.M Architecture & Design Studio, in collaboration with the UTh Architecture Professors Theoklis Kanarelis and Kostas Manolidis. 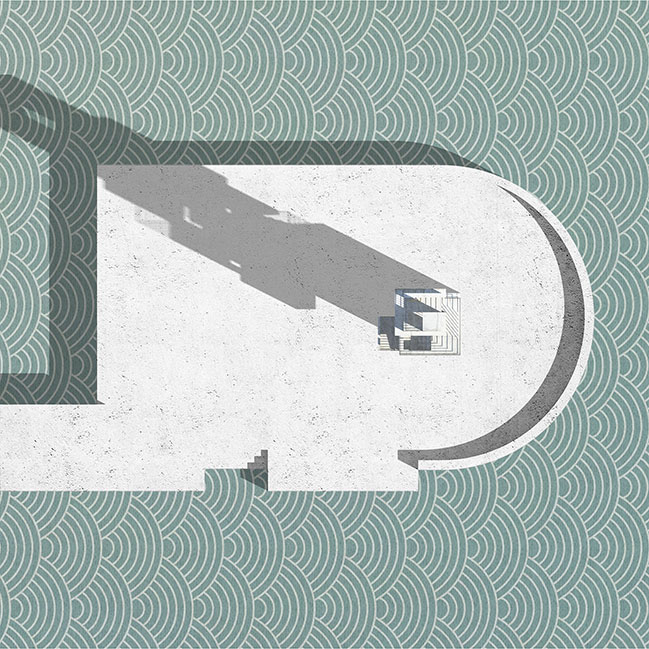 YOU MAY ALSO LIKE: LightHouse Hotel by Margot Krasojević Architecture 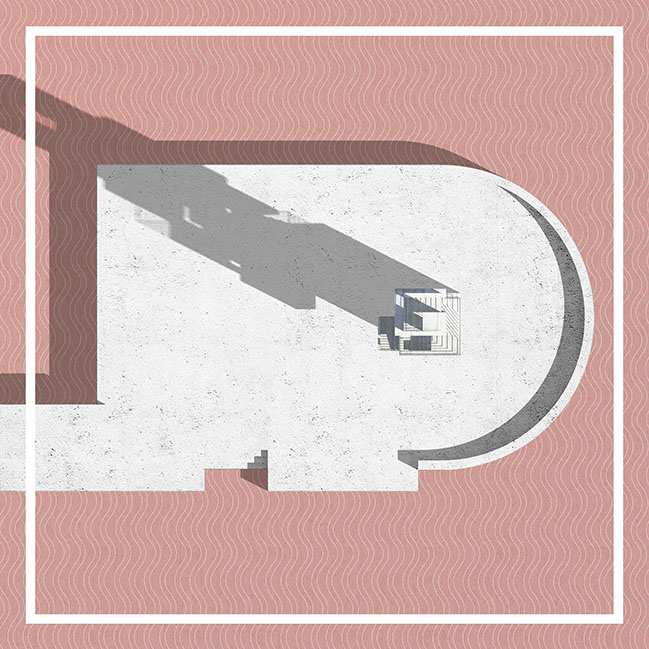 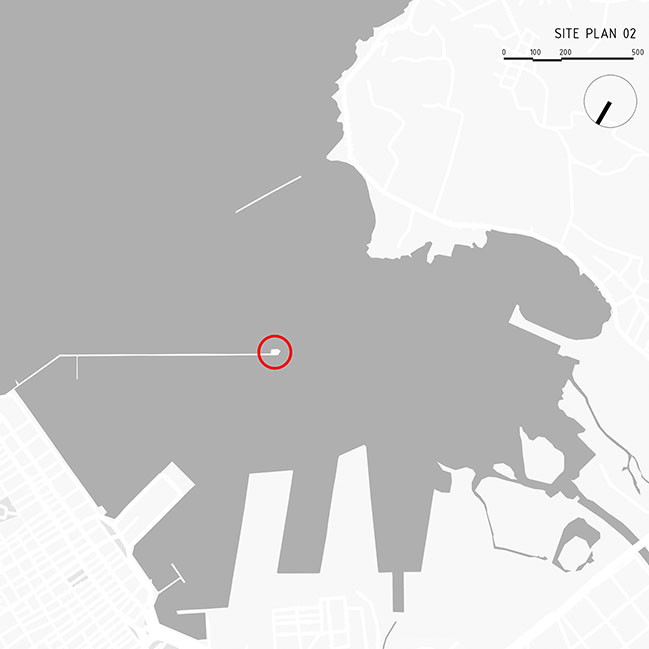 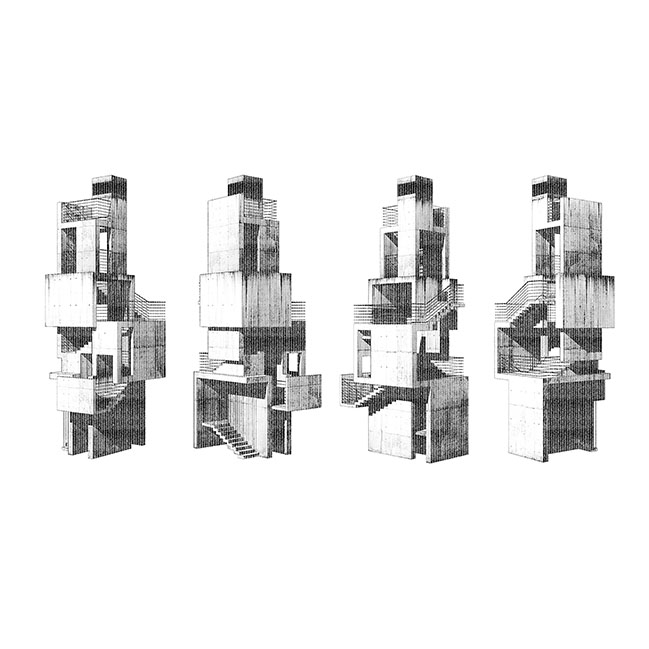 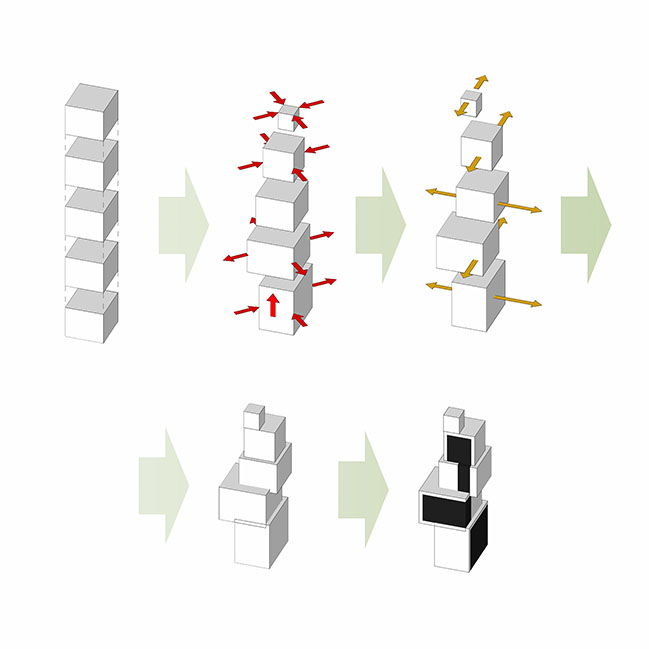 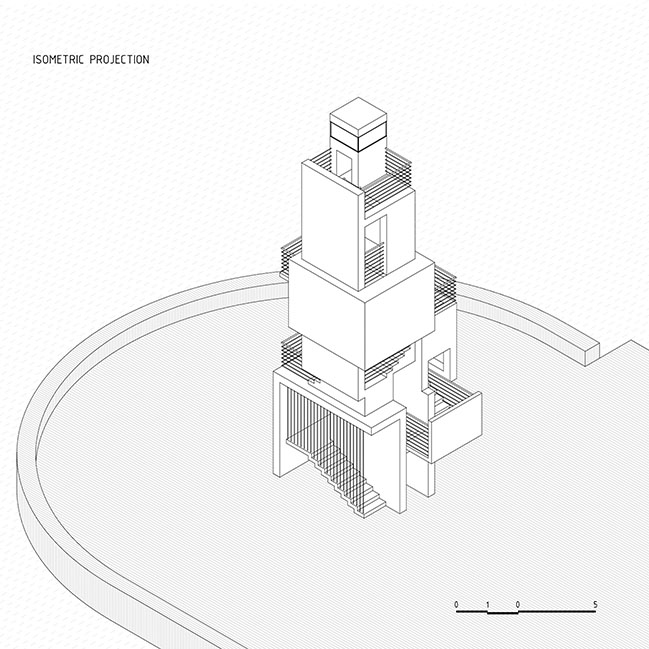 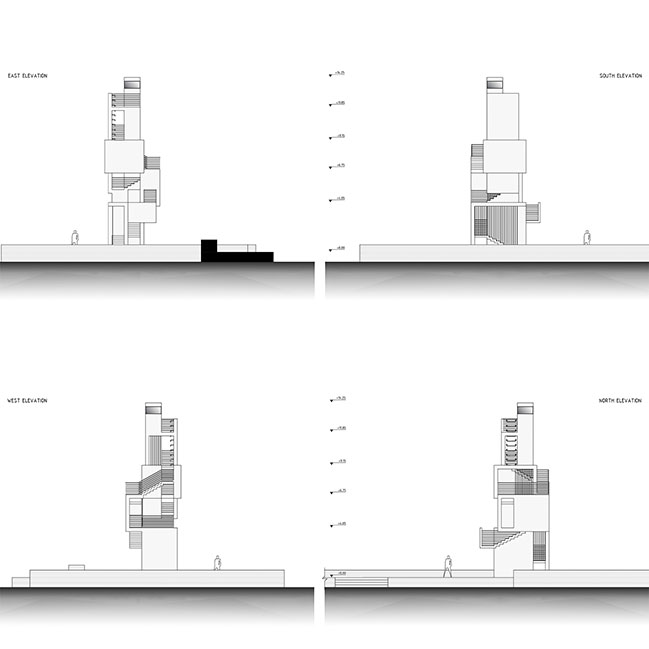 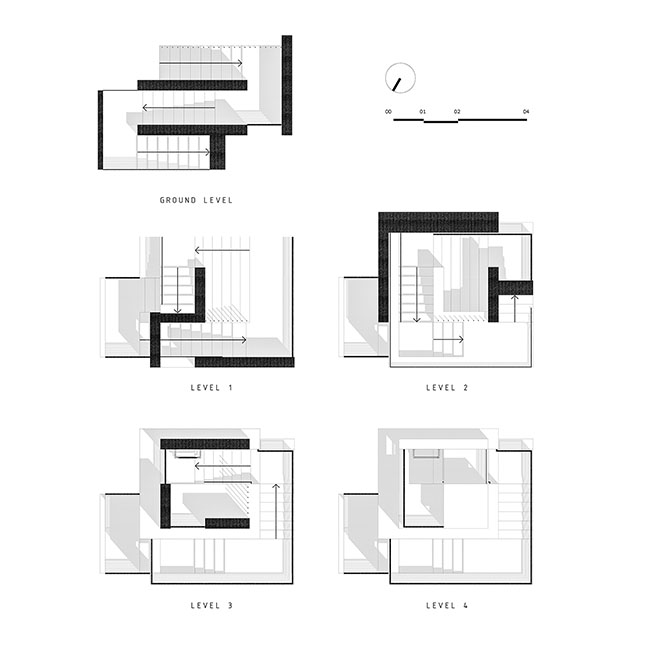 YOU MAY ALSO LIKE: Norra Tornen by OMA / Reinier de Graaf wins the International Highrise Award 2020 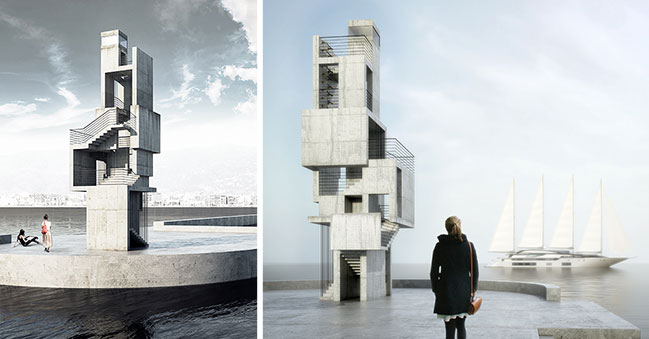