Samsung Galaxy Studio was designed by UNStudio in the international architectural competition to design the main Samsung showcase at the Olympic Park Pavilion in Rio de Janeiro. 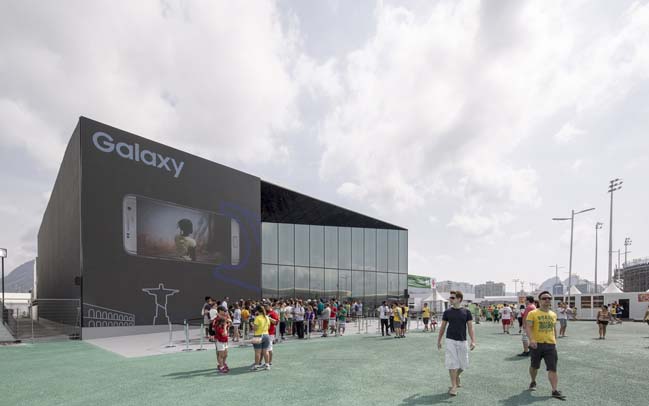 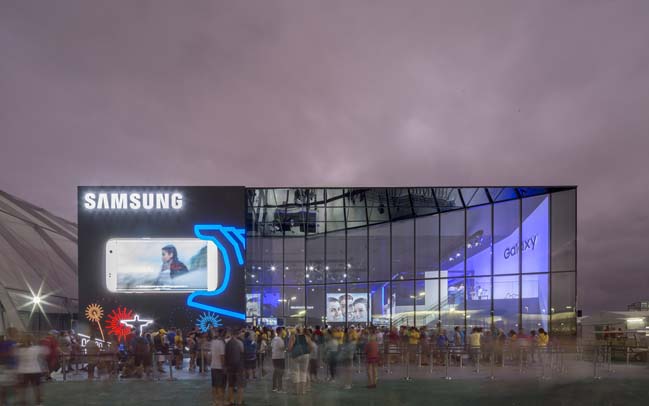 Follow the architects: Samsung Electronics has been a Worldwide Olympic Sponsor in the Wireless Communications Equipment category since the Nagano 1988 Olympics. The design goal for the Samsumg Galaxy Studio was to develop an immersive visitor experience that incorporates pivotal design elements from the Samsung Galaxy brand philosophy. 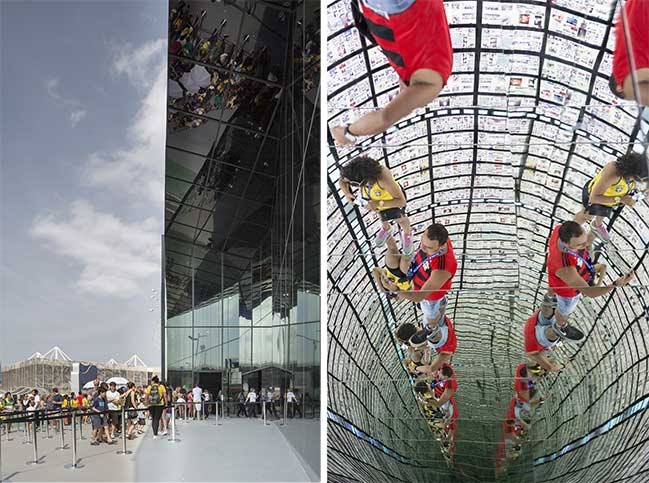 The creative guidelines from Samsung Electronics called for a design that is clean and that uses simple lines, taking visual cues from the contemporary product lineup. As a result UNStudio developed a series of interpretative designs that aligned with the brand’s vision in 2016. 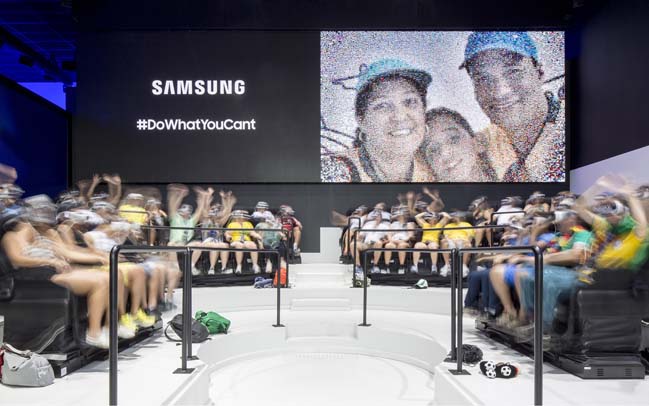 ‘Unpacking Samsung’ was the thematic idea that influenced the simple articulation of the façade, with a subtle tilt in the framing of the entrance as a start to the visitor experience. The shape of the exterior took this cue of ‘unpacking’ as a singular gesture that could allow for both a digital display which exemplified the digital environment within, in tandem with the composition of a reflective surface (through the use of obsidian glass) to mirror the famous colours of the Rio context. 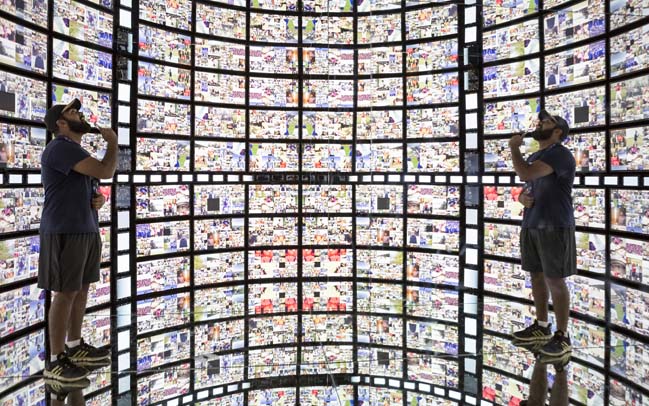 The façade duality is a play of two realities in tandem, as well as one of inversion from day and night: the reflective surfaces from the day become transparent in the evening, allowing for clear visibility of the activities within. Visitors to the showcase are concentrated through a more intimate entryway that opens up to a set of distinctly immersive experiences, organised around a prominent Gear VR 4D Experience that enables attendees to be absorbed into the distinctive virtual content created for this milestone event. 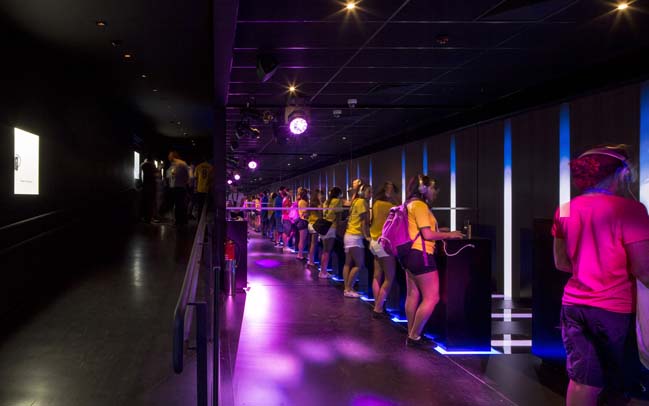 Six individual areas are devoted to various elements designed to deliver fun, unique and premium experiences, including a music zone, wearables zone, and a photography installation, amongst others. The aspiration for the architecture was to facilitate a canvas for imbedded technology, interaction and memorable sensorial experiences for the visitors. 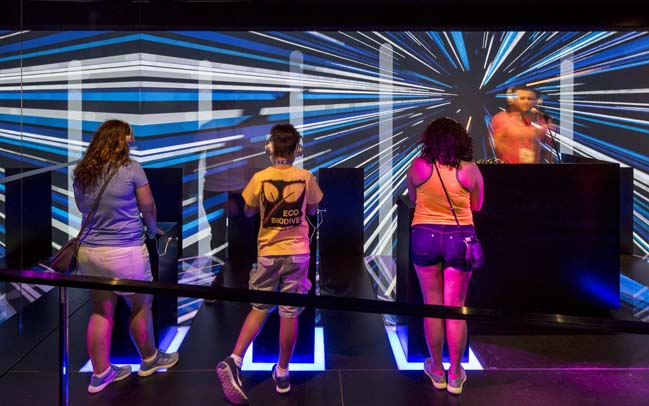 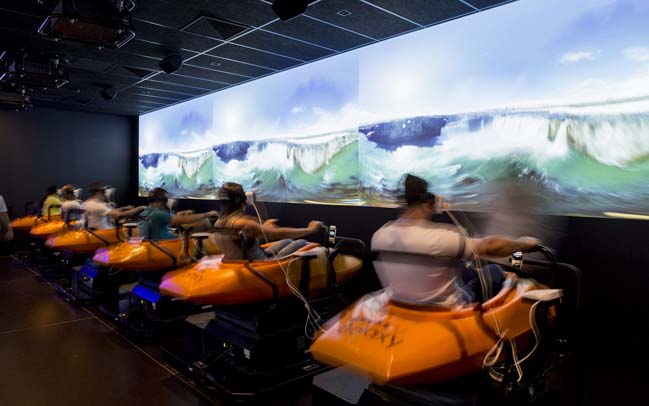 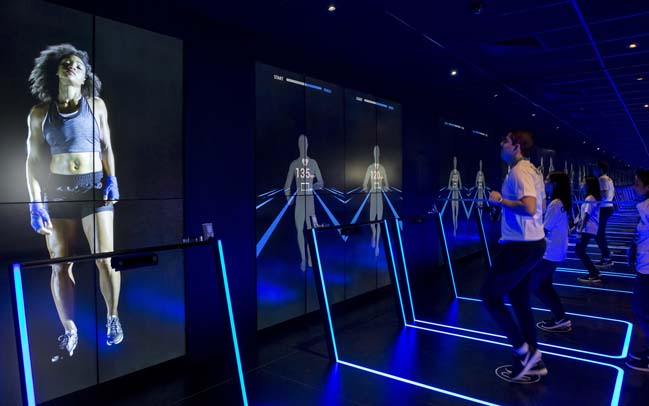 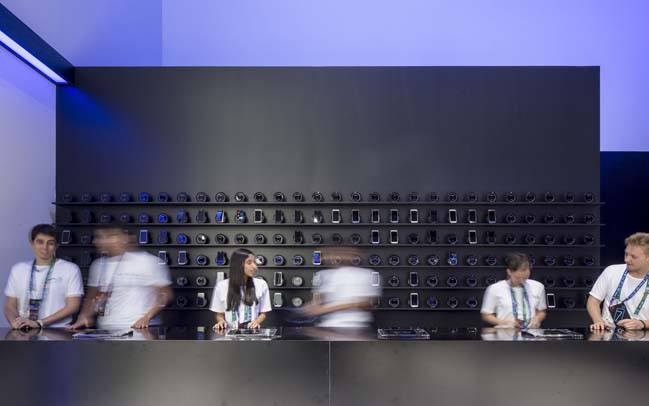 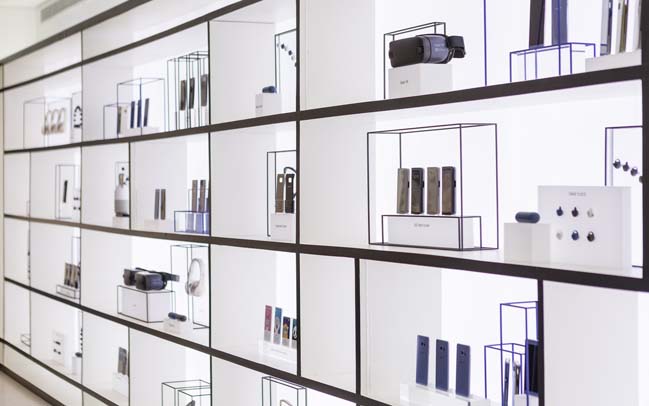 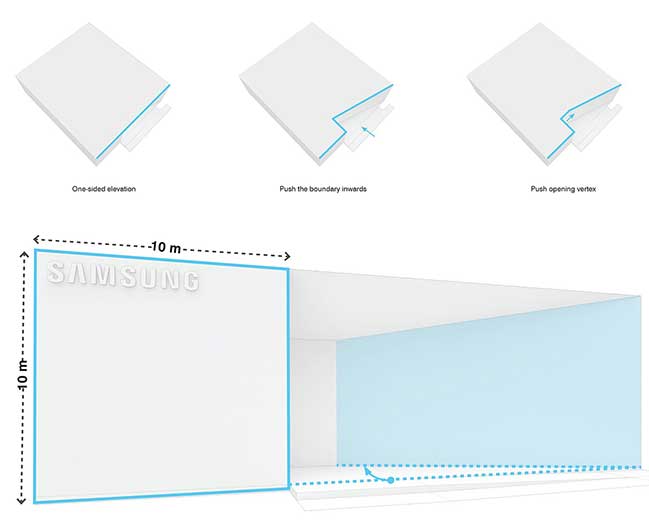 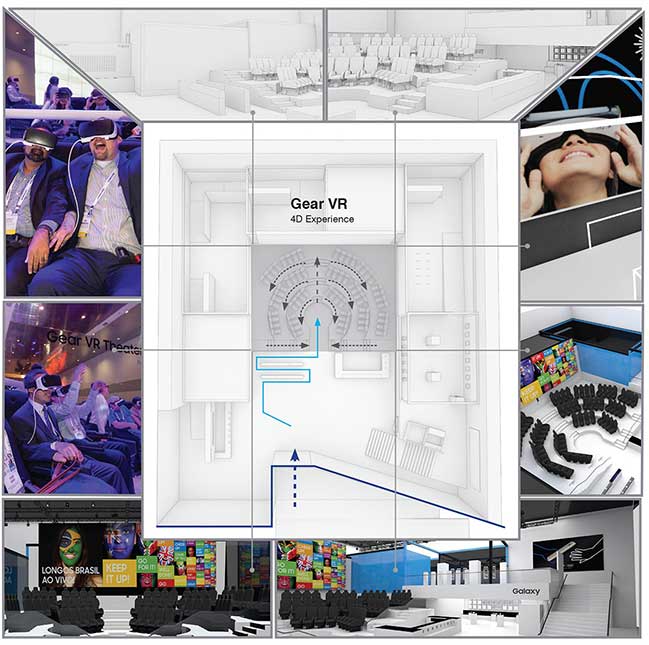 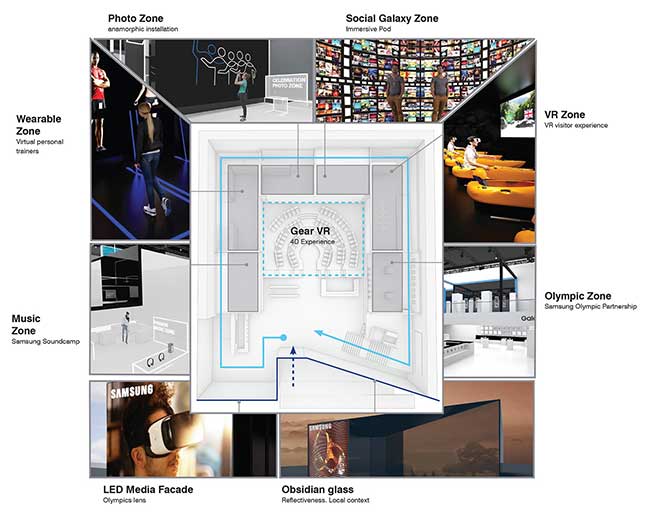