Rotterdam has a growing demand for student housing. To address this shortage, Mecanoo was asked to design a student housing complex on a prominent location of the Erasmus campus: at the intersection of Abram van Rijckevorselweg and Burgemeester Oudlaan. 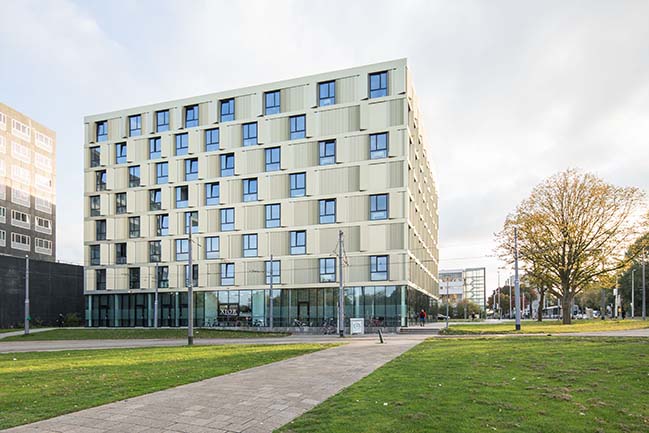 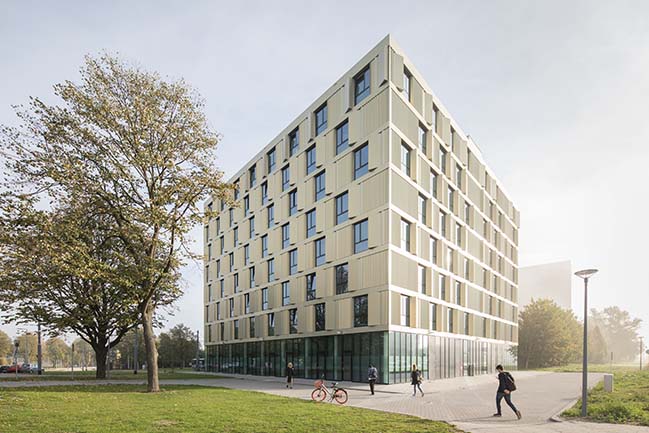 From the architect: The prominent corner site, while offering an opportunity to strengthen the campus’s visual identity, also came with the challenges of a limited building envelope and noisy traffic. 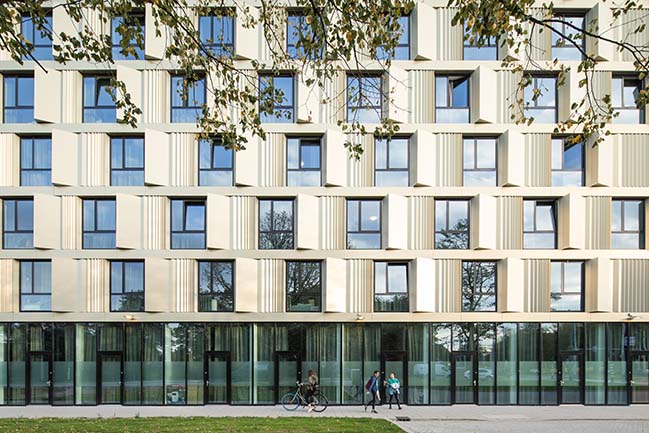 Internal street and collective functions
The eight-storey complex accommodates 281 studio units for international students. A central courtyard brings light and air into the heart of the building and extends as an internal street, connecting the complex with the campus’s street network. On both ends of the building, this central open space leads to a generous lobby. The courtyard also provides access to individual rooms, the collective study space, a launderette, the concierge’s office and bike parking. 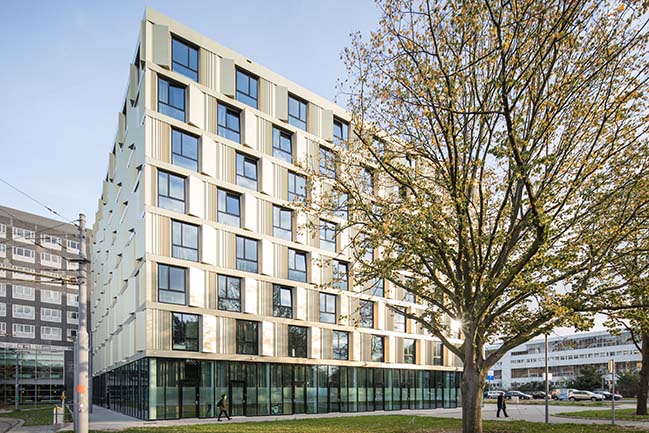 The transparent plinth of the 25-metre-high building contains rooms with areas between 20 and 40 square metres. These units have four-metre-tall ceilings, allowing for the addition of a mezzanine-level sleeping space with a washroom and toilet underneath. The rooms on the upper storeys vary in size from 22 to 24 square metres. They are arranged on either side of a looped corridor, which has a different colour pattern on each floor. The rooms can be accessed through a lift or through the staircase connected to the internal street. On the roof, a collective terrace with a wooden deck and benches offers a meeting place with a generous view of the campus where students can enjoy a drink together, lay in the sun or organize a party. 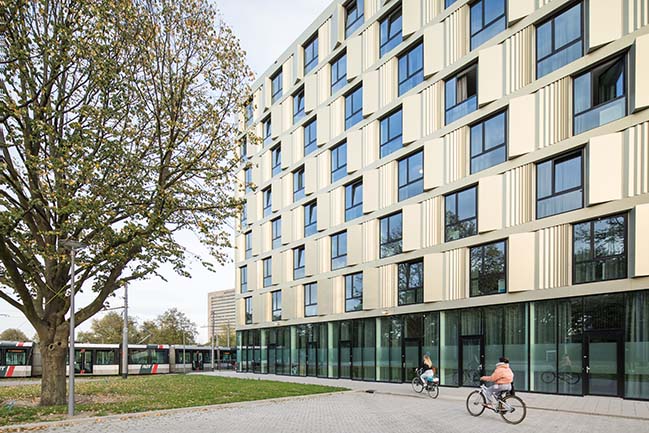 Wrapped in gold
The student housing complex has a classical subdivision of plinth, body and crown. The facade is wrapped in gold-tinted aluminum panels. Changing daylight creates a play of shadows along the harmonica-like pleated facade panels, which gradually vary from gold to silver when viewed from different angles. To give the building’s crown a subtle accent, the pleated pattern is reversed on the top level. 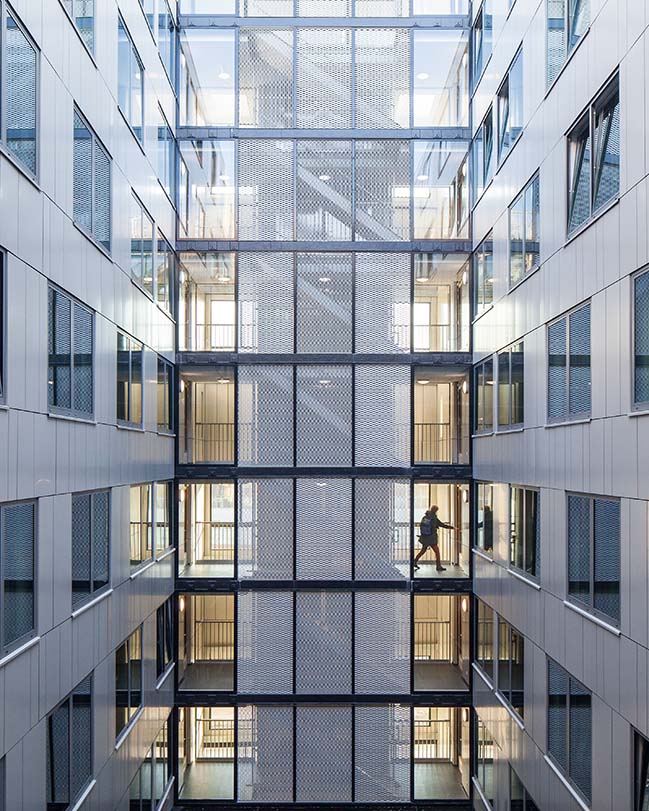 Next to each window, the aluminum fold protrudes outwards, invisibly integrating acoustically attenuated ventilation. That way, fresh air can enter while traffic noise is blocked. The entire building is circular and was realised within one year, which was made possible by prefabricating the structure and facade elements, including the windows. Thanks to the efficient construction process, the building was ready to accommodate new students by the beginning of the academic year. 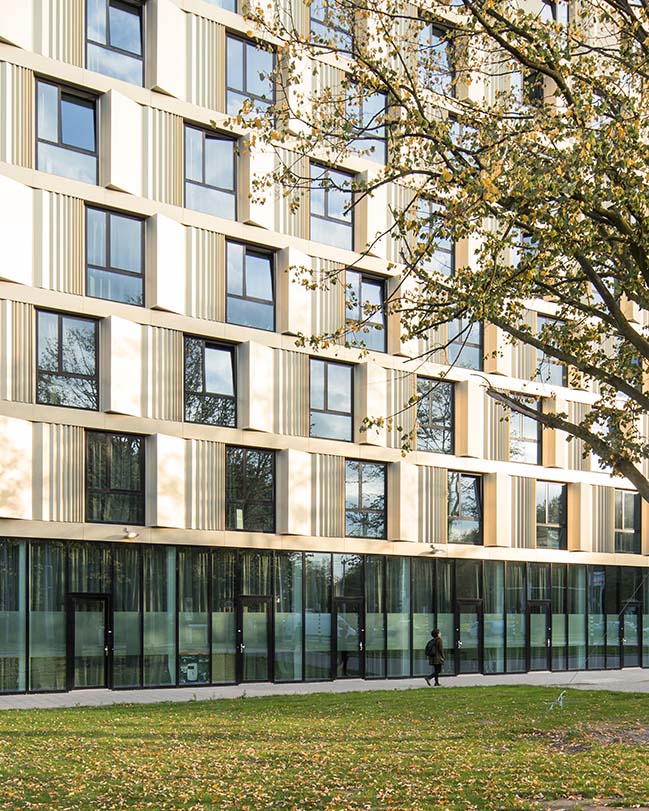 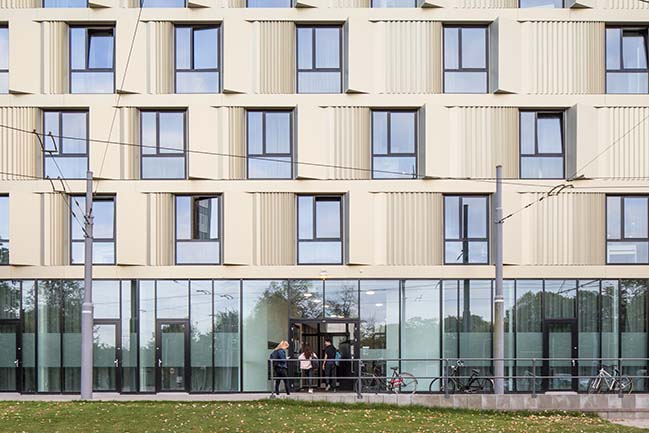 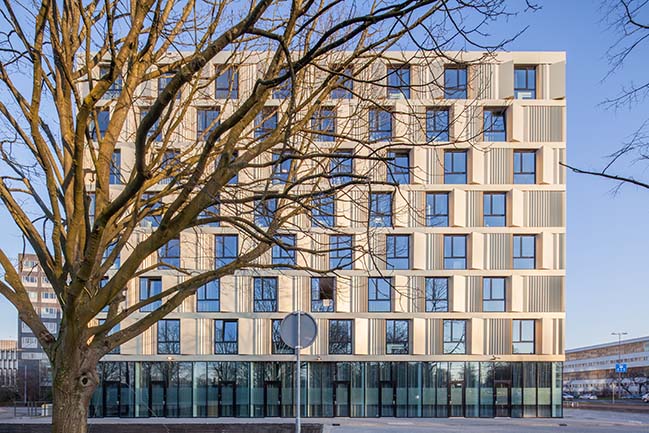 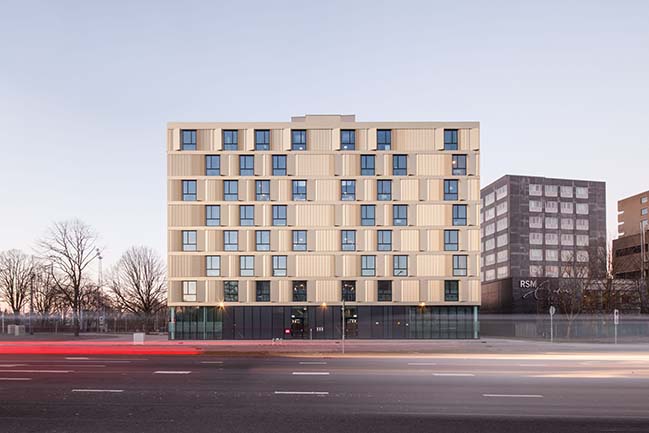 YOU MAY ALSO LIKE: Humanitas University Student House by Filippo Taidelli Architetto 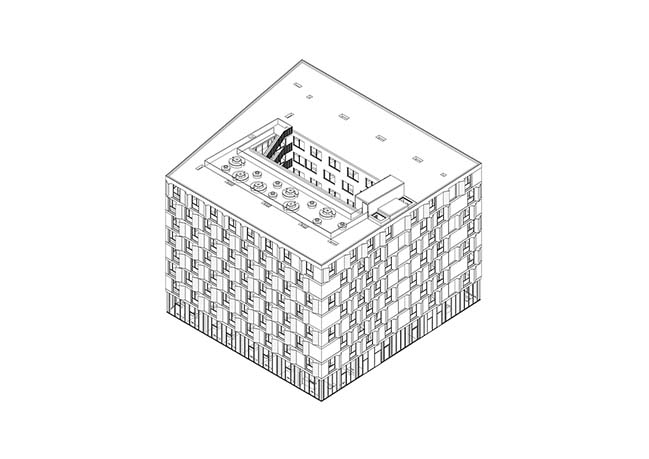 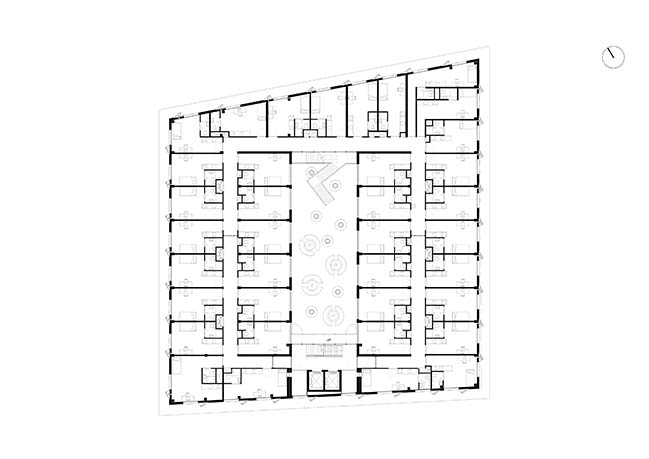 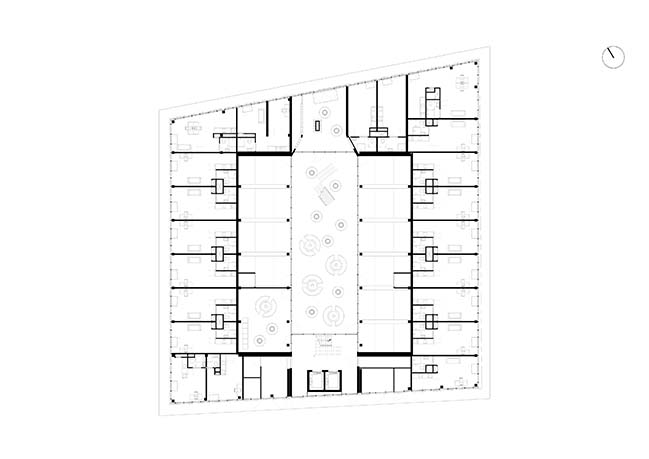 05 / 01 / 2019 Rotterdam has a growing demand for student housing. To address this shortage, Mecanoo was asked to design a student housing complex...