Nestled into rainforest on a 20acre property in Coopers Shoot Byron Bay, "Hidden Studio" by Harley Graham Architects is a private sanctuary with views over the hinterland and Pacific Ocean beyond. 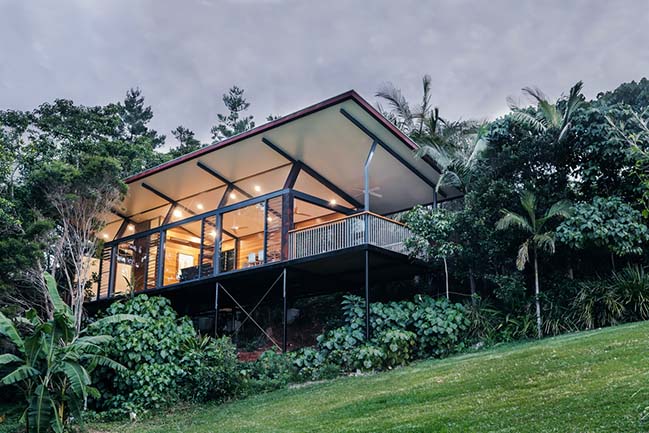 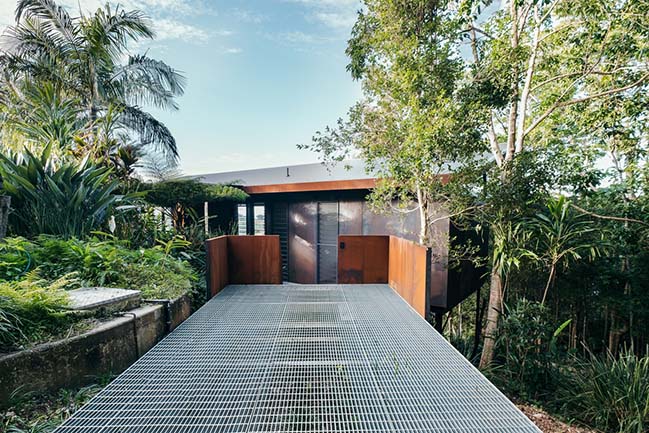 From the architect: Completed in 2017, it was designed as a guest’s retreat in response to two existing dwellings on the same property; a writer’s cabin and family home both designed by acclaimed ‘Sydney School’ architect Vale Ian McKay. McKay spent the latter part of his career working in the Northern Rivers and passed away in 2015. 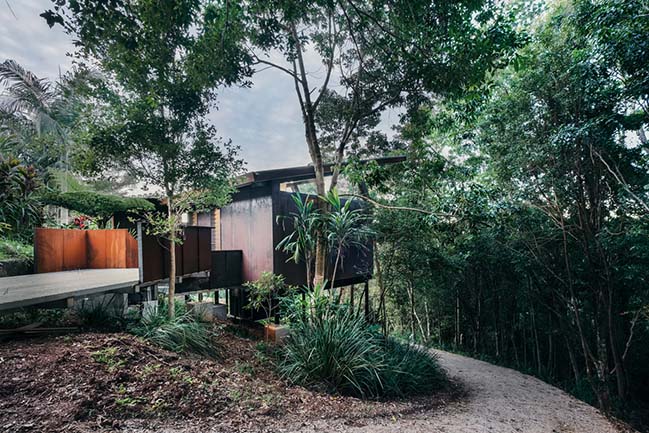 The owners, retired journalists Colleen Ryan and Stephen Wyatt, are self-confessed ‘designophiles’ who engaged Harley Graham and his team to create a space that not only responded to the work of McKay but showed sensitivity to the natural environment. In Stephen’s words; “we understood the need for professional architectural knowledge. We wanted a one-bedroom glass and cor-ten box that sat up in a rainforest canopy. Harley, Max and the team delivered just that with a lot more style.” 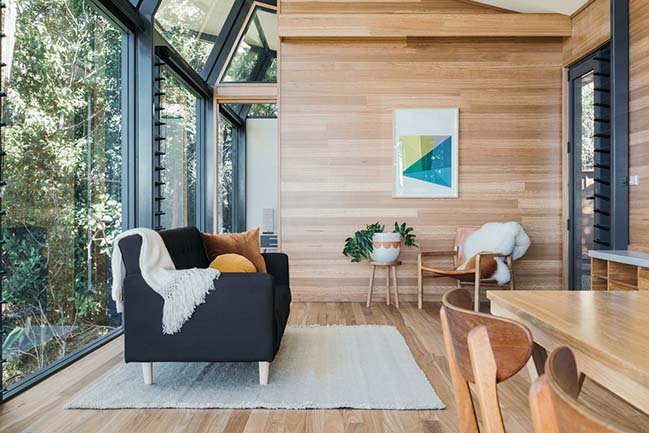 The studio is virtually concealed upon entry, however as you step into the space floor-to-ceiling glass makes this 60m2 one-bedroom feel incredibly open. By carefully considering the orientation of the studio the large glass façade is protected from low morning sunlight whilst capturing desirable northern winter sun as the day progresses. The angled ‘crank’ in the portals makes the roof appear to float over the pavilion forming a large protective plate and further opening the space. 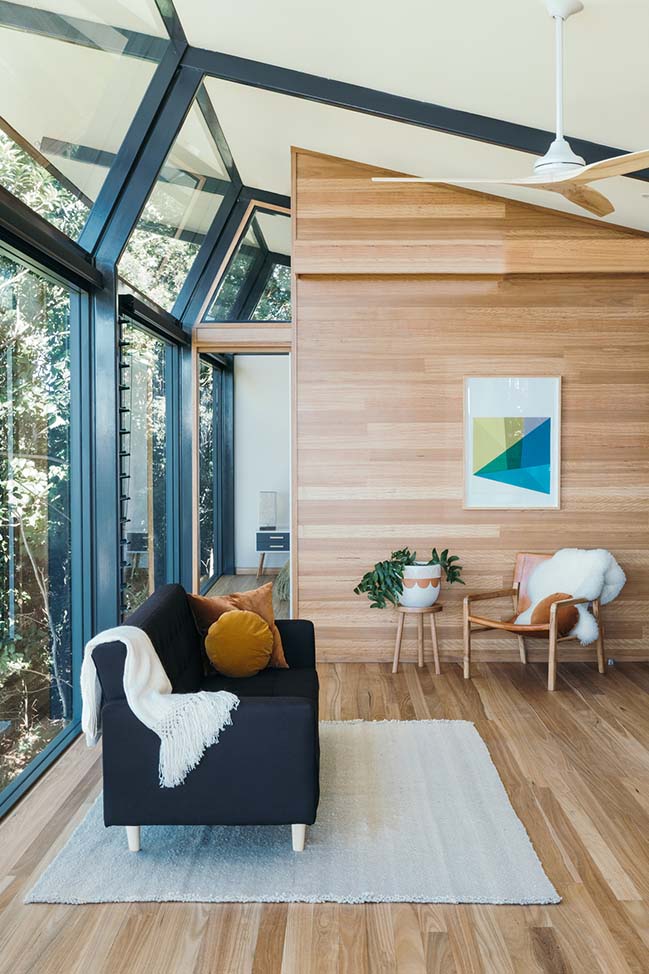 Sustainability was a key consideration for the project, with no air conditioning, the space makes use of natural ventilation. The northern orientation harnesses good passive solar gains, an outcome carefully crafted by Harley and his team through the design process. The studio uses recycled water for every purpose. It has been designed to have a low maintenance exterior that can essentially be washed down when needed. 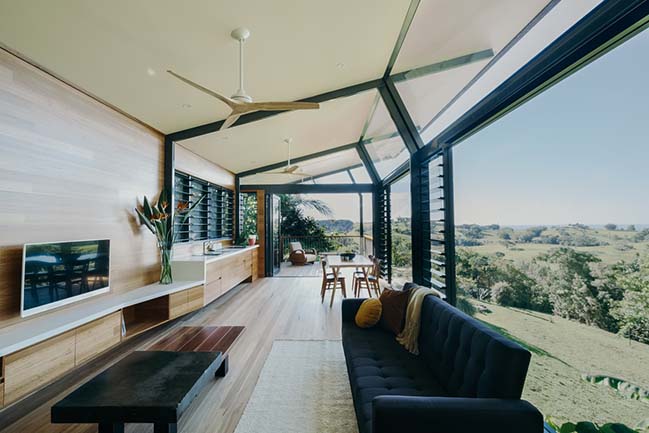 According to Harley “timber also played an important role in the project.” Except for the ceiling and bathroom floor, the whole interior has been clad in hardwood. Blackbutt wraps from the floor up the back wall as well as being used for all joinery. The wood adds warmth and consistency to the space balancing the tough exterior. 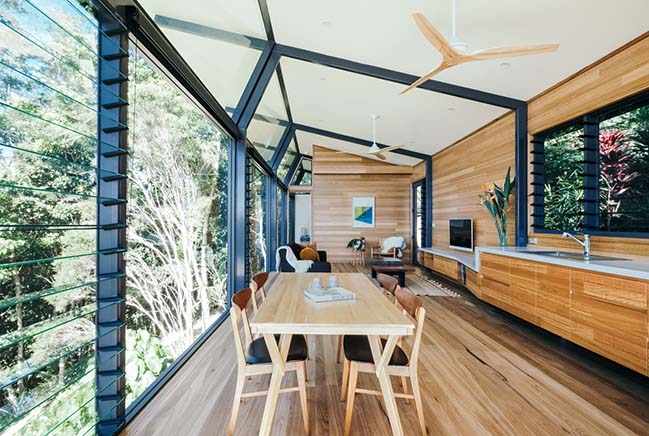 Colleen and Stephen are thrilled with the outcome of this project. By nestling the structure within the existing forest, the cabin space achieves both privacy and unparalleled vistas, now enjoyed by friends and family as well as holiday-makers to Byron Bay. 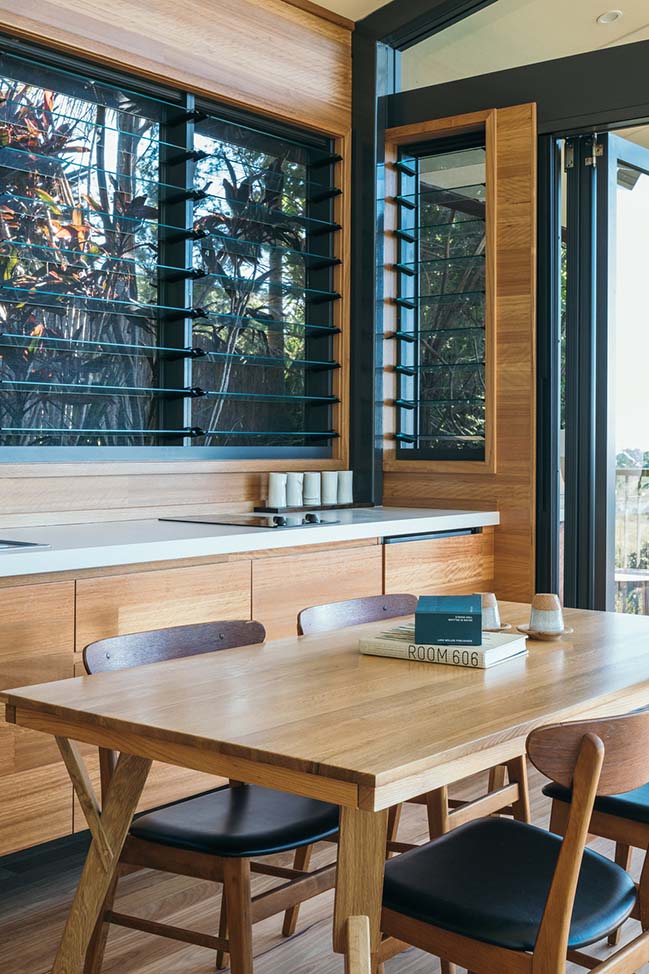 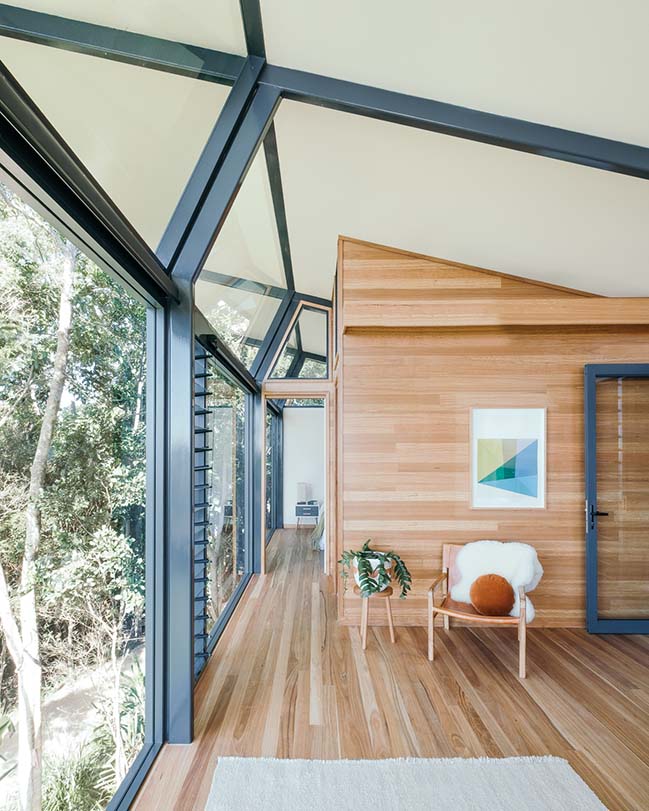 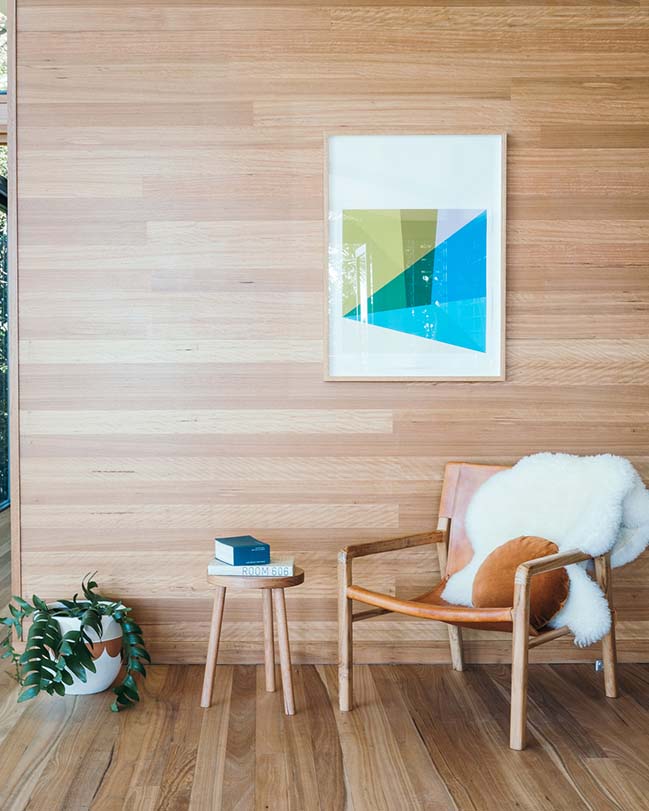 > You may also like: Virgin Holidays v-rooms by YourStudio 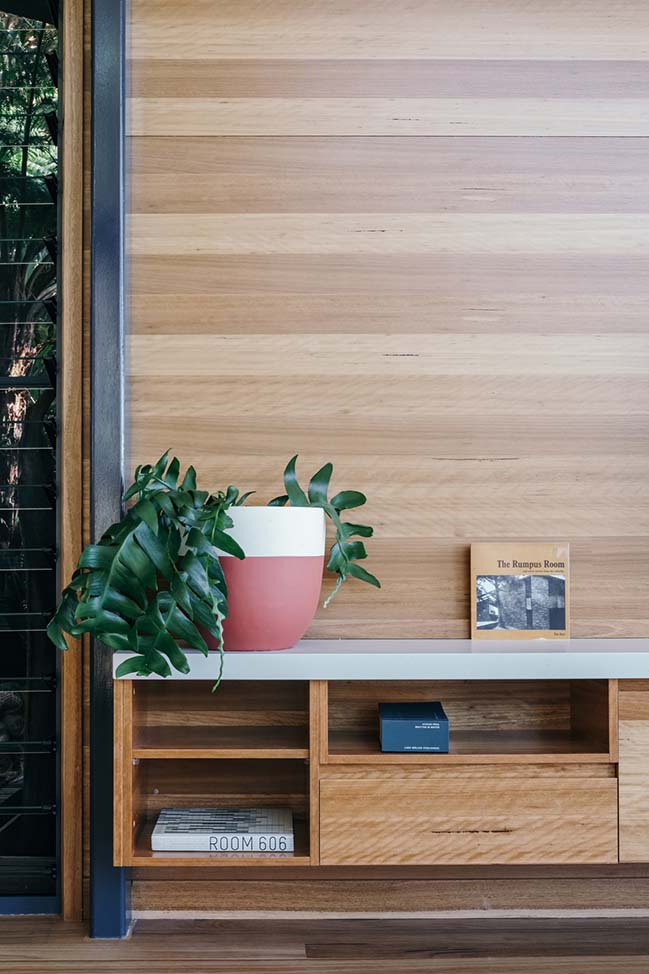 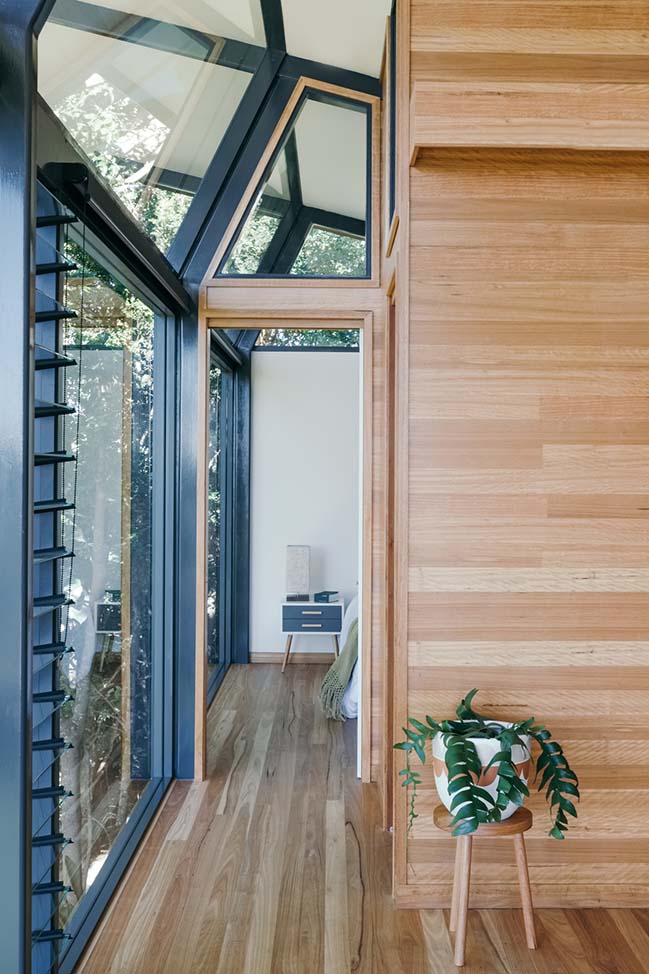 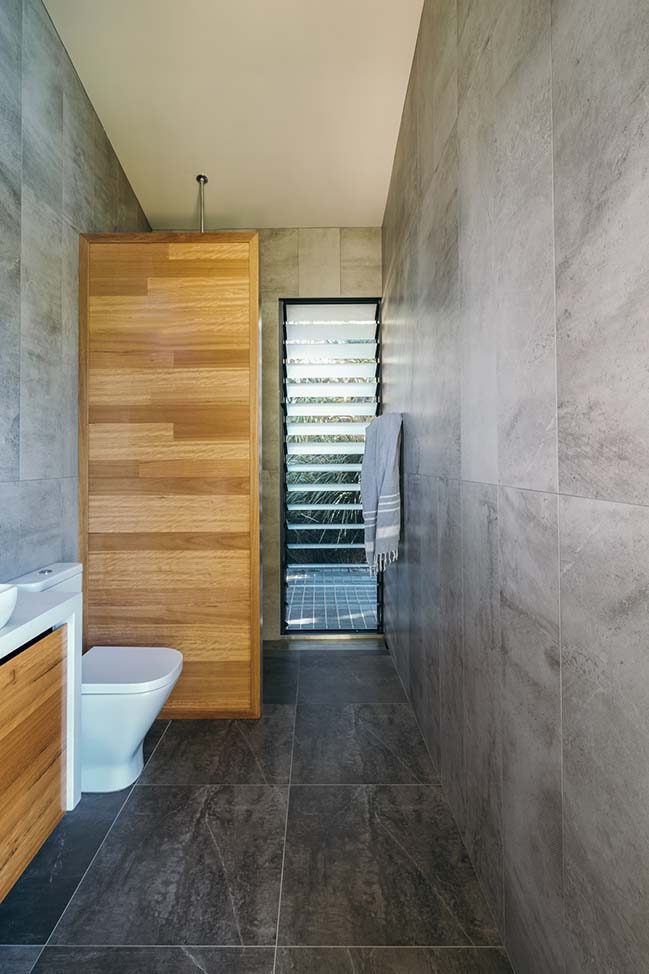 > You may also like: XS Piano Classroom by Sim-Plex Design Studio 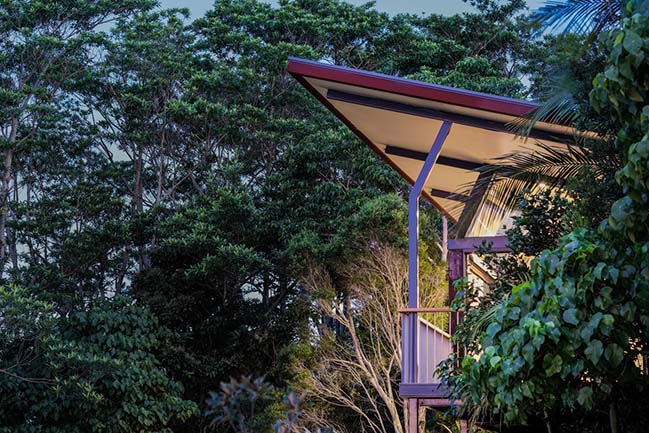 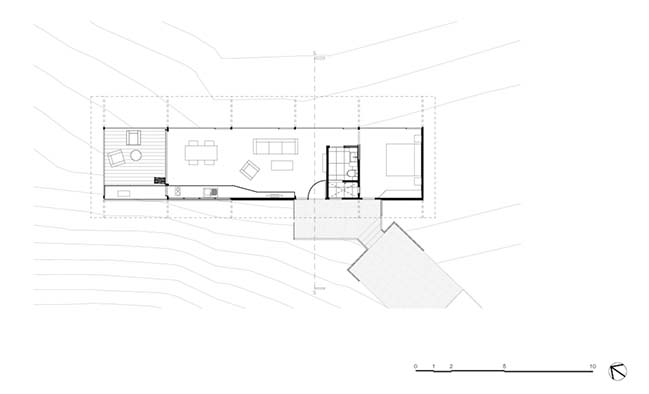 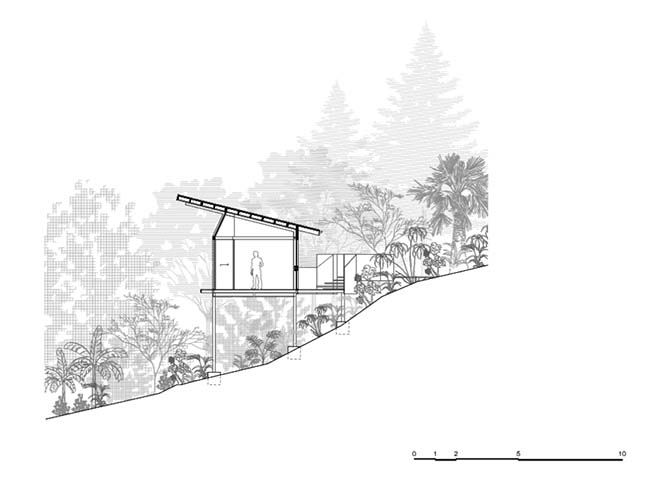 10 / 07 / 2018 Nestled into rainforest on a 20acre property in Coopers Shoot Byron Bay, Hidden Studio by Harley Graham Architects is a private sanctuary with views over the hinterland...