OOIIO Architecture developed a deep refurbishment in a cattle farm, located in a privileged enclave of the fields of Castilla, to adapt it to sports facilities for the training and care of jumping competition horses. 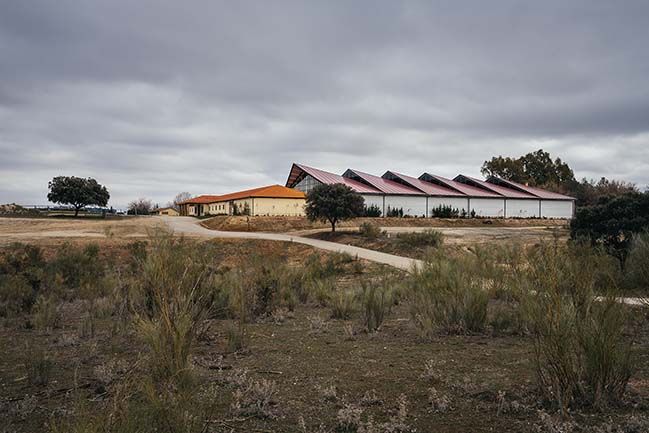 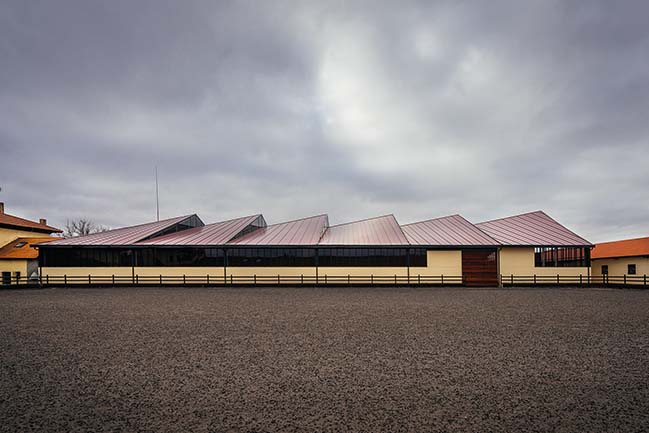 From the architect: The architects task consisted of integrating a horse riding field into a large traditional country house and reforming old stables to bring them up to date, so the new group of buildings will become first class riding horses facilities, at the service of some beautiful competition horses, which They are undoubtedly the real protagonists of this place, where every detail is designed for them, so that they feel as comfortable as possible. 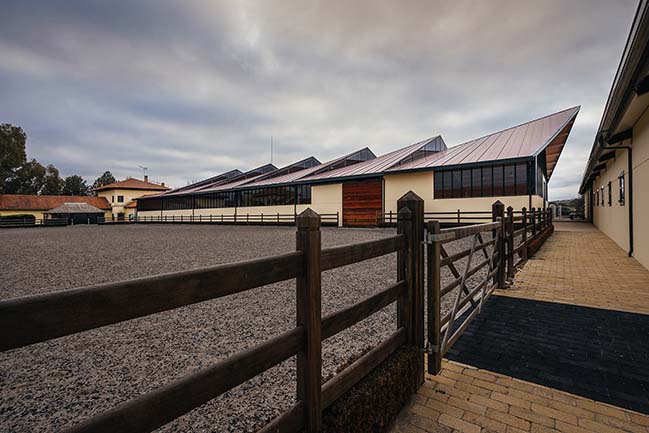 A horse riding arena is ultimately a large quadrangular space, bounded by four fences, with soft ground where riders and horses are trained, in this case for jumping competitions, a discipline of horse riding consisting of crossing a course of several obstacles on horseback constructed with bars, without committing any fault or toppling. The tests are disputed following several scales: against clock, hunting, power, with chronometer, etc. and they are classified into different groups according to the heights, which range between 1'10 m. and 1'60 m. 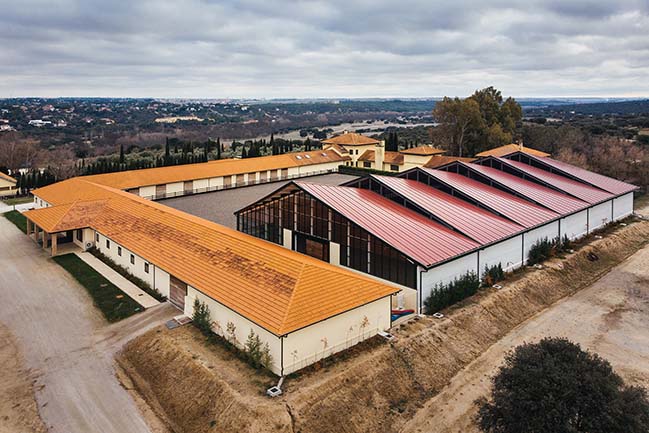 The original building was in the shape of a rectangle, with a central courtyard that acts as an outdoor arena and, in order to train on rainy days, it is decided to build the new covered riding arena, demolishing one of the arms of the rectangle and integrating the new construction with the rest of the great country house. 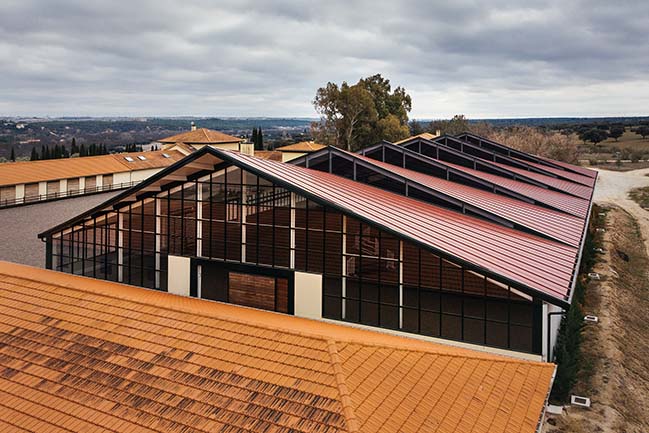 The new building has as its ultimate goal to protect from inclement weather, but also had to have good lighting as neutral as possible. Lots of light but well distributed, they did not want shadows that could distract or confuse the horses when jumping, so it is decided to open skylights on the north deck, which fill the interior with natural light, without a single ray of the strong Spanish sunlight inside. 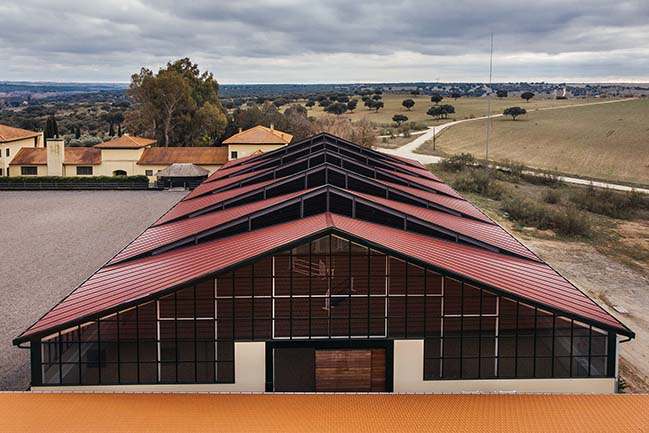 The arena was then solved by large porches that spaced a distance of 30 meters each, with broken triangular beams that make up a singular gable roof, integrated with the rest of the building, which opens to the north light with a succession of skylights in peak that let light through the soul of the beams of each portico, as if it were the gills of a shark. 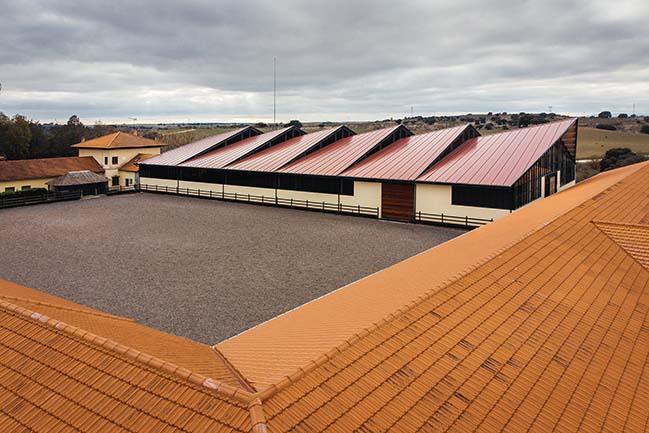 The new roof formed by that repetition of skylights, and seen from the distance in the beautiful the landscape around the farm, is shown as a repetition of frozen waves in the middle of a vast expanse of field around it. 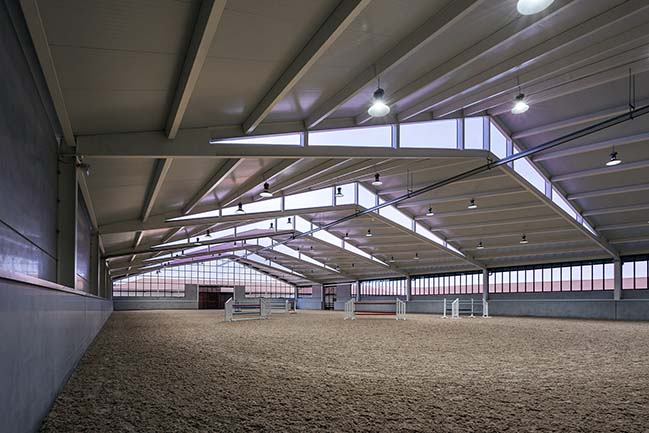 The traditional pre-existing building seems to embrace the new element as if to integrate it into the whole. The colour of the walls made with large pieces of prefabricated concrete that close the riding arena, the doors and carpentry, the roof, in short all the external aspect of the new element, wants to imitate and integrate into what was already there.

The blocks that surround the new piece, were refurbished and adapted to become first level sports facilities, fully equipped. So the riders, caregivers and, mainly the horses can enjoy, train and rest comfortably. 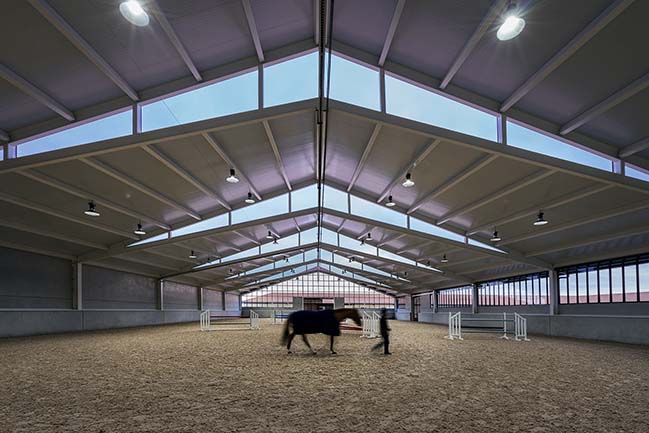 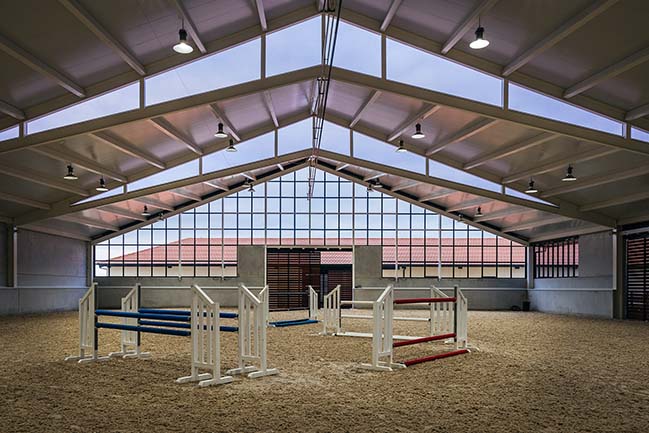 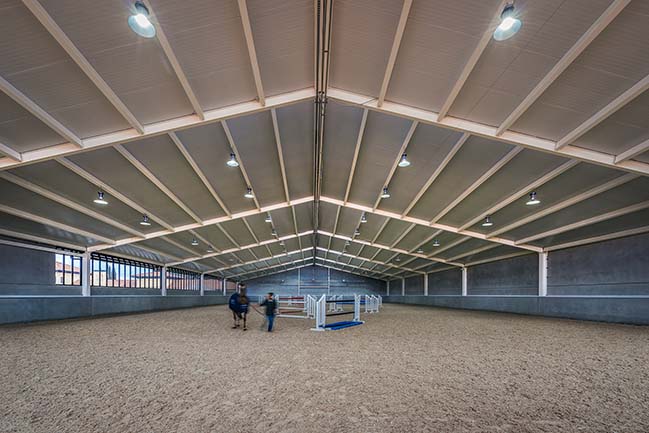 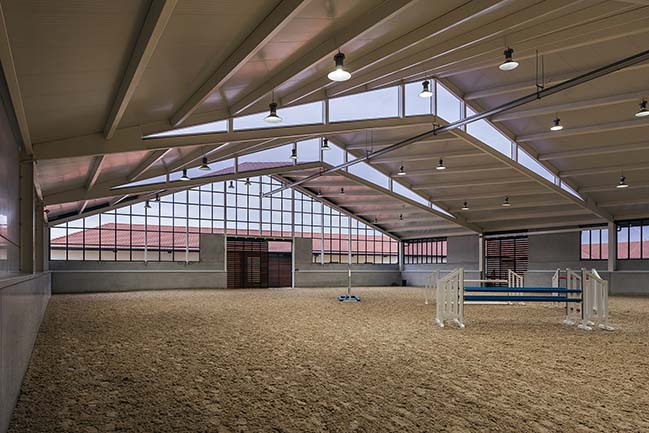 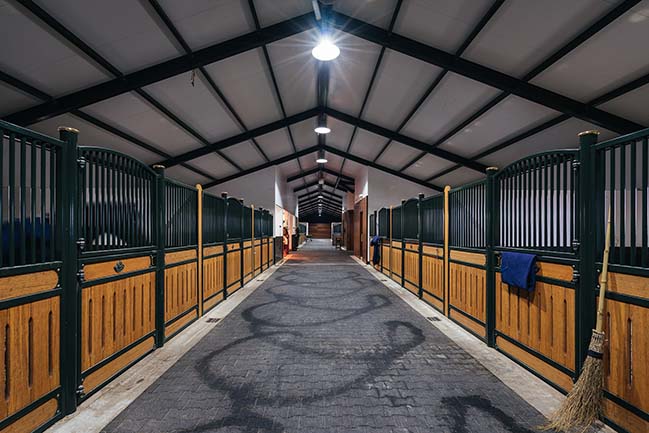 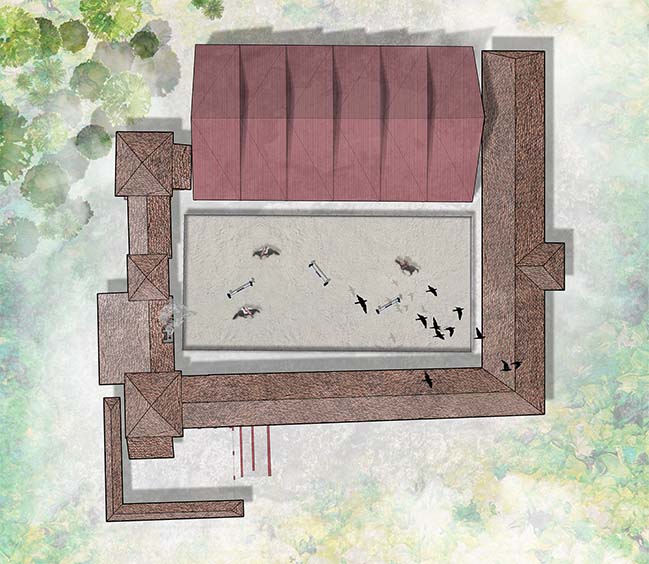 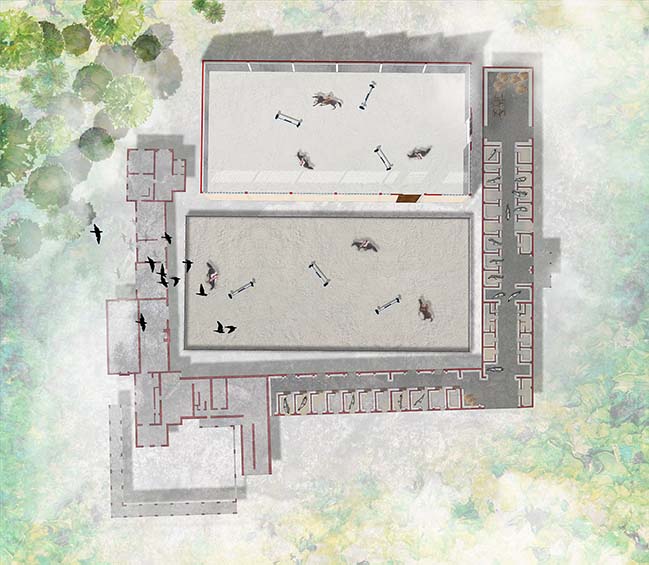 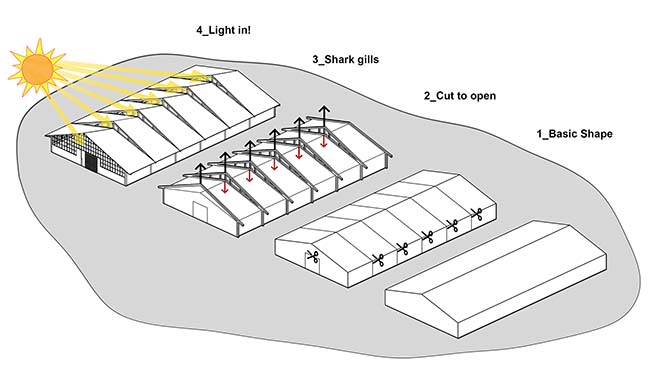 04 / 28 / 2018 OOIIO Architecture developed a deep refurbishment in a cattle farm, located in a privileged enclave of the fields of Castilla