Titled Kiruna 4 -ever, this project is the White's winning proposal to create a sustainable vision for the long-term expansion and relocate the city centre of Kiruna. The challenge was attracted architects from around the World. A total of 57 teams showed interest, of which 10 were selected to participate in the competition. 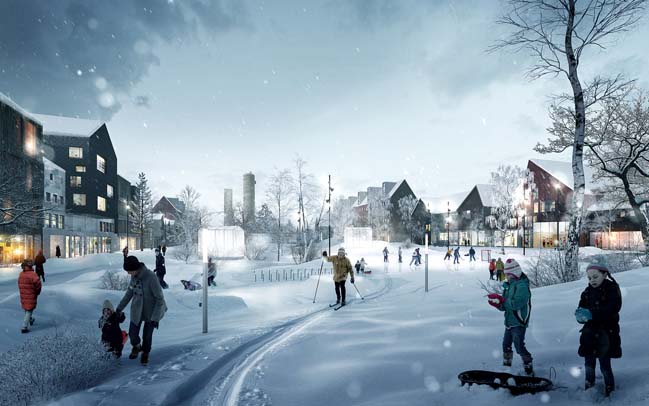 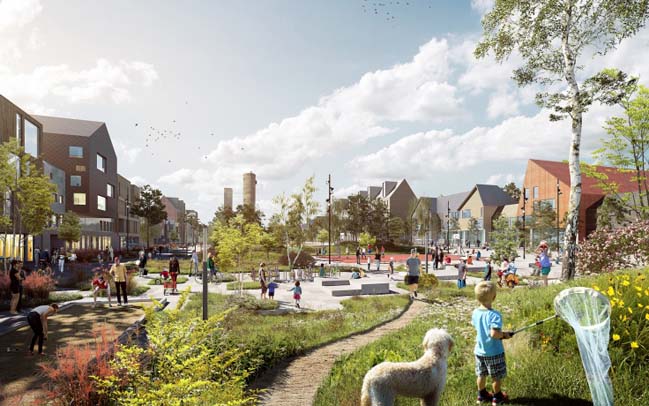 Project's description: The city of Kiruna, in the north of Sweden (founded 1900, population approx 18,200), is about to undergo one of the biggest urban transformations of our time. The entire city will be moved approximately two miles east. This is a huge challenge, provoking anxiety and anticipation among the citizens of Kiruna. It is also a unique opportunity to transform the city for the better. It requires careful strategic planning and close consultation with the entire community to harness a collective memory whilst creating a common vision for the future. Unprecedented in its ambition the project raises the question: is it possible to move a city to a new location and build anew whilst preserving the unique identity of the city and its residents? 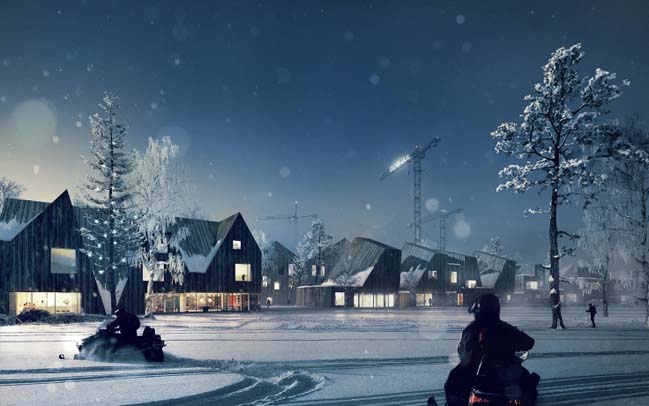 The city of Kiruna has to move. A vast body of iron ore is being extracted at Kirunavaara on the western border of the city, causing deformation and subsidence effects which will soon reach the city centre. The state-owned mining company, LKAB, which founded the town in 1900 and is now the largest iron producer in Europe and the greatest energy consumer in Sweden, will fund the relocation of the city in order to sustain mining activity at Kirunavaara up until the year 2033. 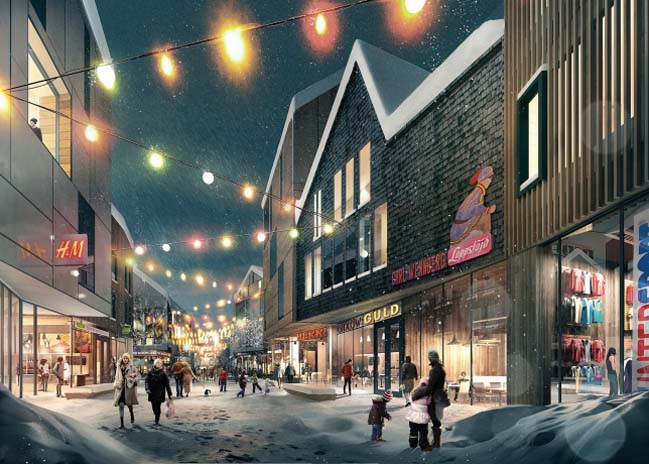 In February 2013 White arkitekter working with Ghilardi + Hellsten Arkitekter won an international competition for a 20-year masterplan of Kiruna’s phased relocation by 2033. Challenging the Municipality’s brief White is taking a much longer view and has initiated a 100-year masterplan with the aim to create a sustainable model city, a city with a diverse economy that is less dependent on the world market for iron ore. 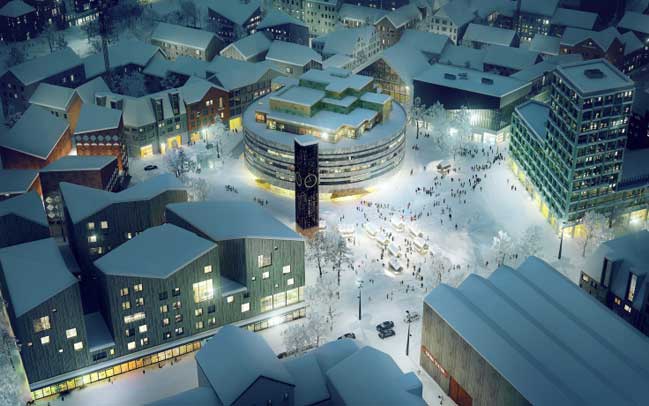 LKAB and the Municipality of Kiruna recently announced the first phase of that masterplan, with LKAB pledging an investment of €415.5 million for the development of the new town centre. Construction of phase 1 will commence in June 2014 with estimated completion in seven years. 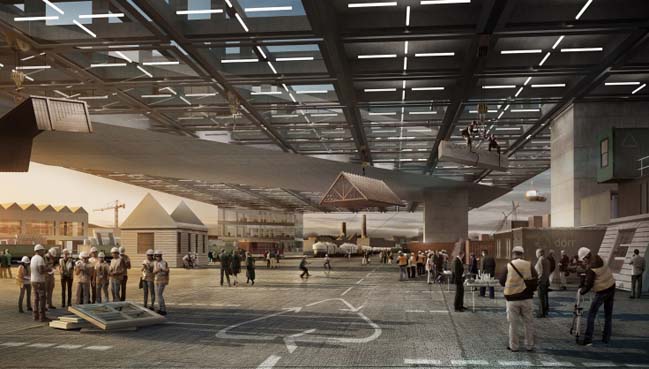 Moving the city: White’s vision for the transformation of Kiruna will take place in phases. A series of projects will allow the city to ‘crawl’ along a new urban belt to its new home. This belt, focused around a central street Malmvägen, will link central Kiruna to the nearby settlements of Lombolo, Tuolluvaara, the airport and the mine at Kirunavaara. The character of the former Kiruna will be retained through the re-use of materials from demolished buildings, and some of the culturally significant built elements, including a historic church, will be relocated unaltered. The old Kiruna will be gradually phased out and once the town becomes more vibrant further to the east, the community will relocate. 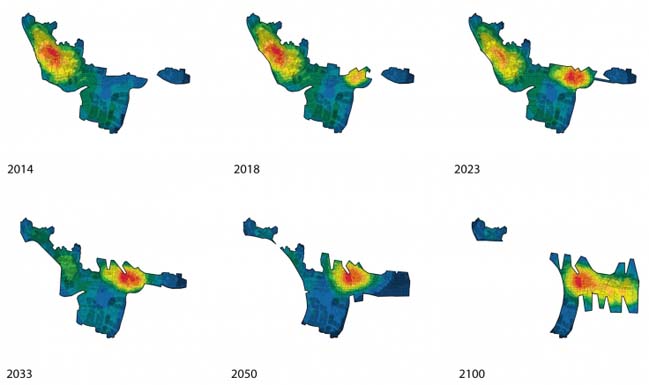 An unparalleled opportunity: The relocation presents an unparalleled opportunity for Kiruna to transform itself into a more environmentally, socially and economically sustainable city. The new development will be designed to a carbon neutral agenda. A denser more intelligent plan, equipped with meeting places and cultural amenities, will promote public life, broadening the male dominated demographic of Kiruna’s past, allowing a more diverse community to settle and thrive. Kiruna has the fastest-growing rate of small businesses in Sweden and after years of population decline it now has a huge demand for new housing. New housing developments will be built in addition to the 3000 homes that will be relocated. 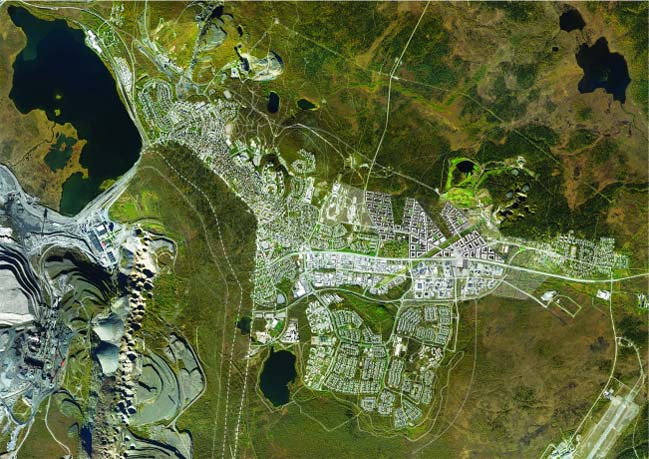 The physical relocation of the city centre and the social dimension of the process are the project’s greatest challenges. Kiruna’s climate and location present further challenges. Located 140 km/87 miles north of the Arctic Circle in Swedish Lapland, Kiruna is extremely remote. It has a sub-arctic climate where the sun never sets in summer and never rises in the winter and temperatures can plummet to -22°C. The new masterplan will utilise resources efficiently, harnessing the enormous amounts of waste heat generated by the mining activity, combined with wind turbines to generate energy and recycling infrastructure to reduce freight and waste. 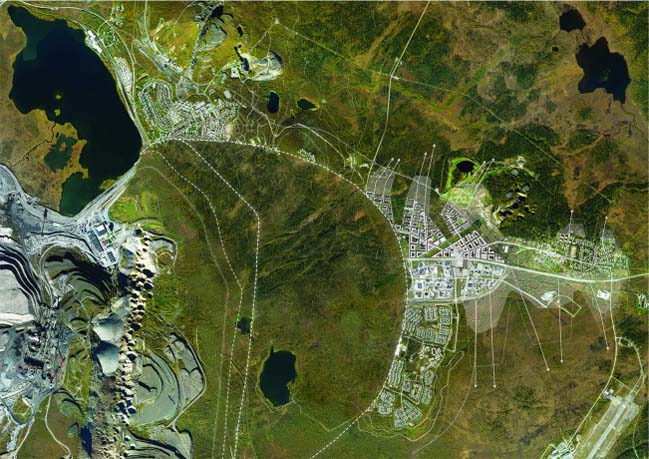 Everyone involved: Central to White’s strategy are the citizens of Kiruna. A continuous dialogue between the Municipality, masterplanners and residents of Kiruna is vital to the success of the transformation. White’s methodology, conducted by in-house social anthropologists headed by Viktoria Walldin, is exploratory, to reach beyond the expected and realise desired outcomes. Engagement with the community has informed the masterplan, and an ongoing dialogue will be implemented in the following three ways: formal and informal discussions and feedback with the community; a proposed Kiruna Biennale to exhibit the vision for the city and host events to share the story; and the Kiruna Portal, an extra-large communal shop and ‘build it yourself’ facility and construction recycling depot, where remnants of the old city can be reused, recycled and retrofitted into the new. 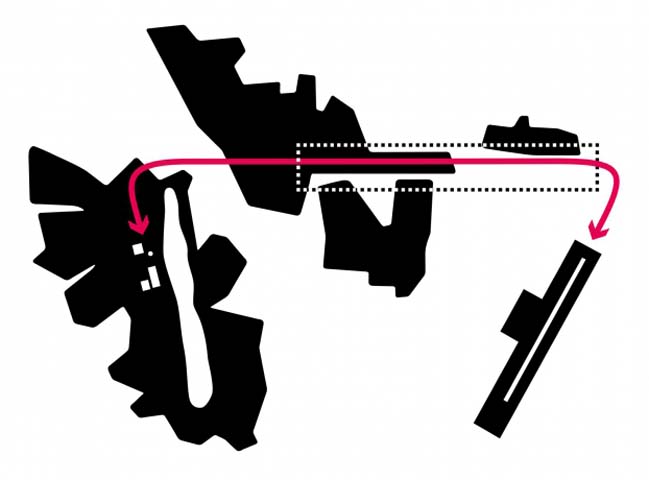 The relocation of Kiruna has been in debate for over ten years since LKAB alerted the city to the deformation effects of the mine. The ratification of the masterplan and LKAB’s investment in phase 1 mark a significant milestone in the redevelopment of the town. It means that the citizens of Kiruna no longer have to put their lives on hold and can start planning their future. 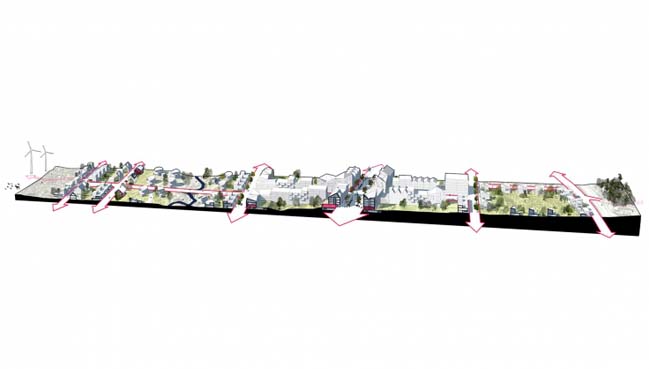 07 / 05 / 2016 Titled Kiruna 4 -ever, this project is the White's winning proposal to create a sustainable vision for the long-term expansion and relocate the city centre of Kiruna