Snøhetta has been commissioned to reimagine the 1980’s postmodern tower located at 550 Madison Avenue in New York City. 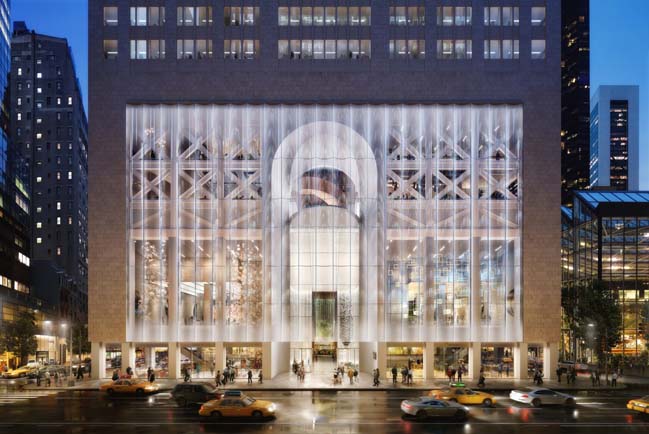 From the architects: The renovation is the first major project to be announced for New York City’s East Midtown since its revitalization plan was approved earlier this year. While the recognizable top of the tower will remain a fixture of the New York City skyline as it has since its completion in 1984, the new design will transform the base into an inviting street front, extending the lively activity of Madison Avenue further south to 55th Street. Moreover, the adjacent public space will nearly double in size to create a lush outdoor garden for the public’s enjoyment. Snøhetta’s design will update the building with state-of-art systems and breathe new life into the building’s public, retail and office spaces for the contemporary needs of one of the world’s most recognized avenues. 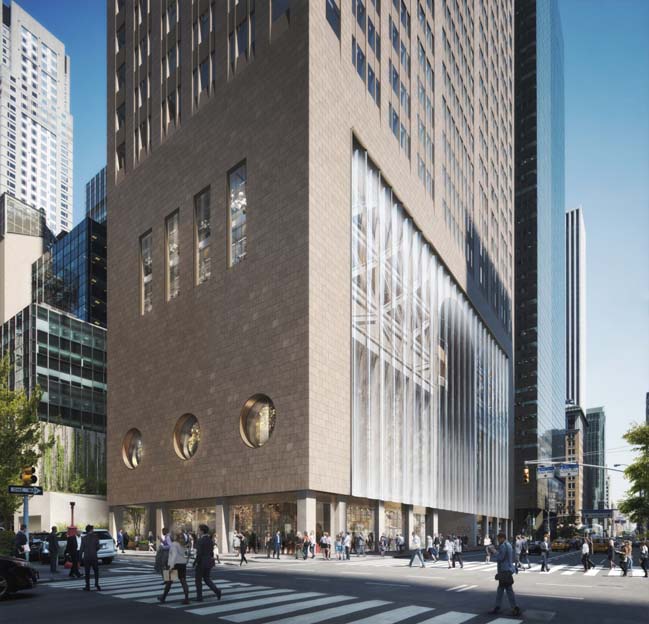 Completed in 1984, 550 Madison, formerly known as the AT&T Building and then the Sony Building, was originally designed by Philip Johnson for single-tenant occupancy, serving as the eponymous world headquarters for its corporate owners. Since the departure of the Sony Corporation more than a year-and-a-half ago, its office floors have sat vacant. The building’s redesign modernizes interior spaces to meet the contemporary needs of a variety of office tenants and adds high-quality amenities, world-class retail and restaurants.

Snøhetta’s design approach stitches the life of the building back into the street. Since 550 Madison was first completed, its fortress-like base created an uninviting street front, which was then further compromised by a series of ground-floor renovations that effectively closed the building off from its surroundings. With the updated design, the stone façade will be partially replaced at eye level by an undulating glass curtainwall. From the street, the reconceived façade dramatically highlights the multi-story arched entry while revealing the craftsmanship of the building’s existing steel structure. 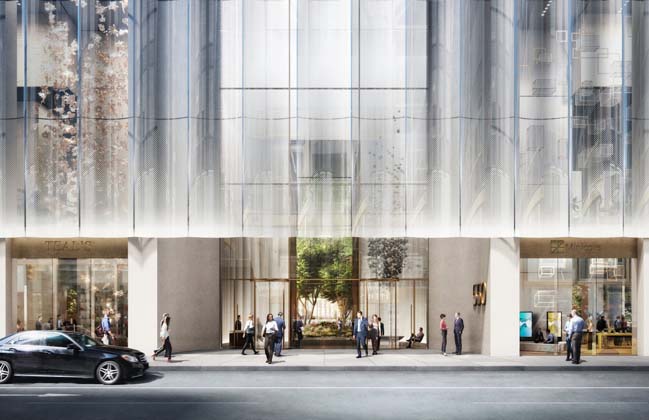 As part of the renovation, 550 Madison’s proposed public space will be converted to an outdoor garden, providing a verdant landscape with water features and trees as a respite from the dense urban fabric of Manhattan. The existing mid-block passageway at the rear of the tower connecting 55th and 56th Street will be transformed into a serene public space. By removing neighboring annex building, the design will allow access to open air and daylight while nearly doubling the amount of publicly accessible space. The revitalized public garden makes itself visible from the densely-built streetscape with entrances anchored by vegetation, as well as through the reconfigured building lobby as a splash of color that catches the eye.The design will allow access to open air and daylight, and the lush outdoor garden will be the largest within a 5-minute walking radius of the building.

The re-imagined 550 Madison reflects how we work and live in New York today. The design sensitively transforms a sculpturally monumental building and celebrates the experience of the building where it meets the street. By updating this inward-looking tower for the 21st century, the redesign will foster a more vibrant, dynamic relationship between the building, the city, and the people who inhabit it. 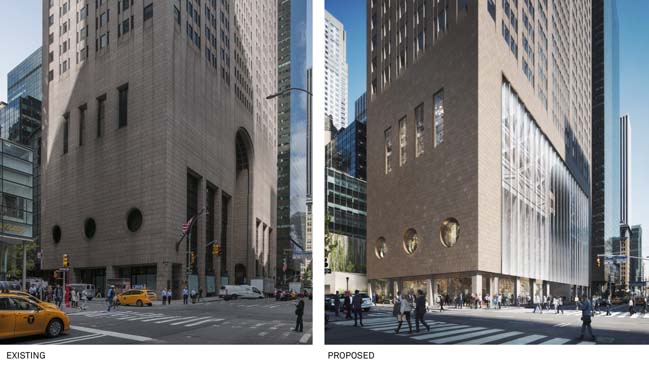