Snøhetta suggests a new “city of the future” on a brownfield site in the Hungarian capital Budapest. The clever use of water as design element and as driver for sustainability combined with urban density create a distinct identity for this new urban quarter. 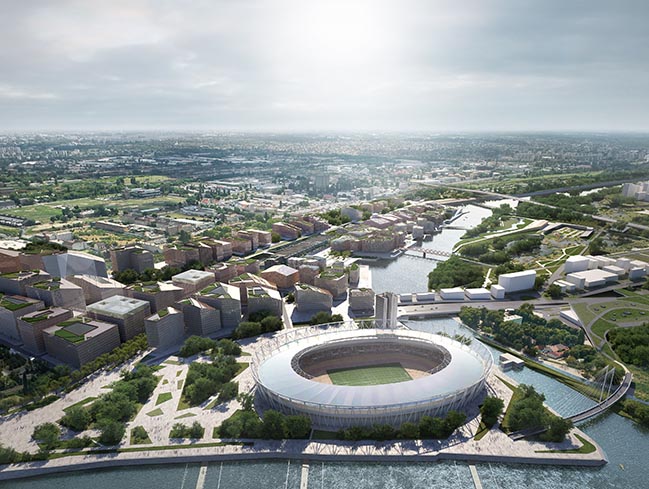 Snøhetta has won the international design competition for a new urban district in the City of Budapest. The former industrial area called Budapest South Gate is located next to the River Danube and in proximity to the inner city. The client was looking for innovative proposals for a new neighborhood for 12,000 students along with educational, recreational and sports facilities. Snøhetta’s master plan for the 135-hectare site focuses on urban relations and connects the new city quarter to the water to create a strong identity and high-quality living environment.

“It boldly accepts the challenge of developing a new neighborhood in Budapest that does not yet exist. It captures the opportunities of the area – offered by water, green belts and the characteristics of an island”, the jury stated. 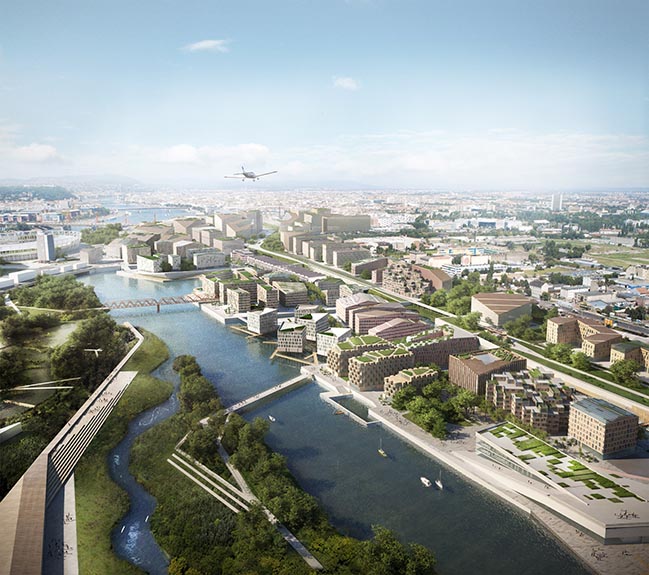 Although the Danube is a vital part of the City of Budapest, the river banks are shaped according to flood control measures and are hardly accessible. Due to a waterworks station the Danube Branch next to the new urban quarter has a controlled water level and offers the unique opportunity to create a lively waterfront for the people of Budapest and to celebrate the relation to water in various ways. All parts of the urban fabric are given strong identities, relating to each other and resulting in a resilient, colorful and vibrant new district of Budapest – the South Gate Peninsula.

“Our design proposal focuses on identity, diversity and sustainability. We are keen on creating a dense urban district for a variety of people and lifestyles. The location next to the river helps to create both a public urban waterfront as well as a naturalized shoreline and wetlands. So, Budapest South Gate Peninsula can be developed as showcase for a diverse and sustainable city of the future well connected to the existing urban fabric,” comments Patrick Lüth, Managing Director of Snøhetta Studio Innsbruck. 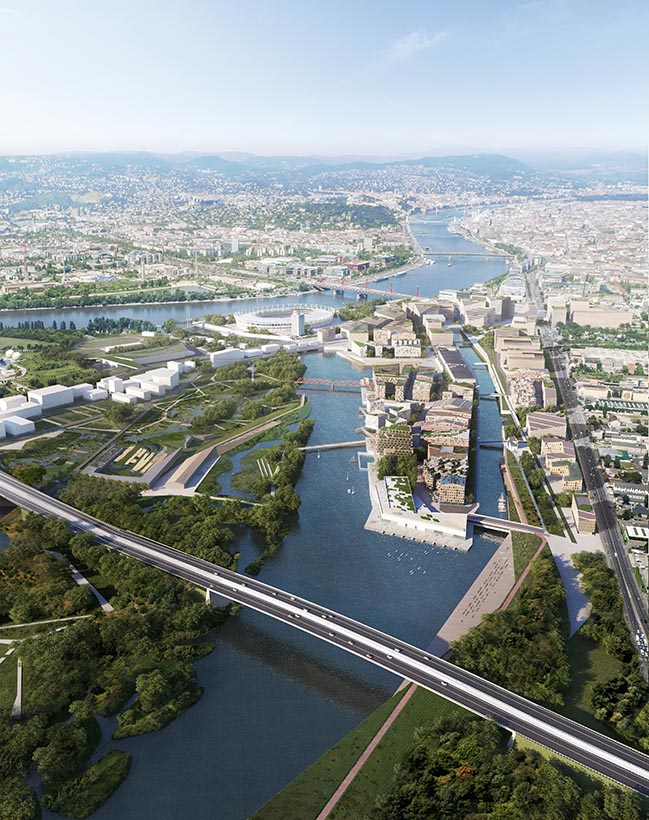 Blue and green infrastructure - Water as main design element of the master plan is highlighted with channels reaching far into the new district and creating a peninsula. Besides to new public urban spaces along the river front, the park landscape offers recreational areas and sports facilities. Furthermore, the wetland park, the naturalized shoreline and the fluvial landscape enhance the biodiversity of the city quarter and provide for ecological water treatment. As a central feature of the park, the wetland zones can be experienced by foot or by bike. A kayak course is designed in direct connection to the Danube Branch. It blends in as part of the re-naturalized shoreline. The built structure serving the course reaches into the water as a pier and offers a pathway across the park. A BMX course and the climbing wall next to the central kayak facilities create a dense sports-hub.

This approach featuring landscape architecture as vital part of urban design and master planning was praised by the jury. “The entry is also among the best by virtue of its landscaping solutions. The park planned for area … creates a well-chosen balance between semi-natural structures (wetlands) and the intensive needs to use the park, while it is achieved by state-of-the-art designer methods.“ 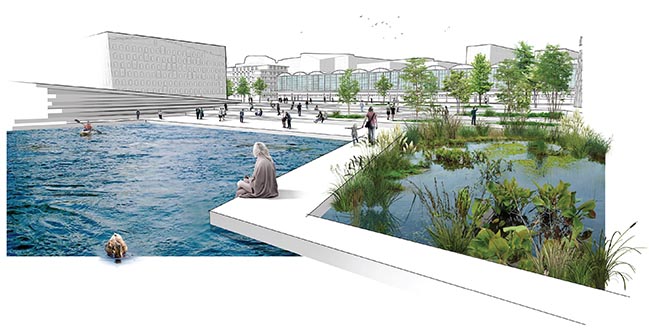 Urban density with a lively waterfront - In the main urban area, residential and commercial units are placed in relative proximity to create urban density and all buildings engage with the water. This is achieved either by being in direct contact with the water or by emphasizing the view to the water. Scales and proportions blend into the existing texture of the city. The ground floors of the buildings offer a publicly accessible program which engages the passers-by. In between, cultural buildings change the established rhythm and create public spaces. The omnipresent water converts the entire district into a unique and high-quality living and working place.

To reflect the industrial heritage and to create a distinct identity, the strategic building guidelines focus on bricks or similar materials. When the different buildings suggested in the masterplan will be realized by different design teams, these material suggestions should be considered in the design of the facades. This will help to create both a diversity in building types as well as a coherence between all buildings on the peninsula. The roofs of the buildings play an active role in shaping the skyline and therefore the character of the district. They are accessible green roofs, terraces, winter gardens or provide space for photovoltaic panels to generate energy.

The former Wholesale Market Hall, a key building in the district, represents the industrial heritage of the site. In combination with the large River Front Plaza, the building is the main attraction of this project zone. On the plans the big space is split into numerous smaller halls, providing a variety of public function - from bars and restaurants to art galleries, exhibition spaces and coworking spaces, from a fab lab to fitness centers and a climbing hall. This eccentric diversity could generate a vibrant atmosphere attracting a large variety of people at different times of the day.

The design of the transportation system prioritizes pedestrian and bicycle traffic. Generous, green-filled boulevards dominate the identity of Budapest South Gate Peninsula. Car traffic is present, but it is limited to shared traffic zones and special pavements.

Future urban sustainability relies on a carefully considered, flexible and robust master plan as well as on the smart operation of the city and a recurring update of technological features. The suggested master plan creates a strong framework for a sustainable urban district based on the three pillars of ecological, social and economic sustainability. Besides the social and ecological factors, the jury pointed out that the winning scheme also is economically sustainable. “One of the components of economic sustainability is that - in the case of implementation - the presumably high value in the property market ensures that the neighborhood will retain its value and thereby its viability.“

This master plan is the first step to create a new, livable and sustainable part of the city. During the next month, in the design period, the plans may be subject to modifications as a result of consultations with the client. 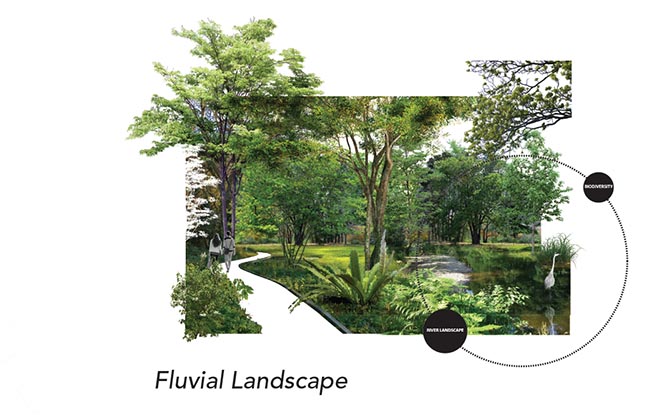 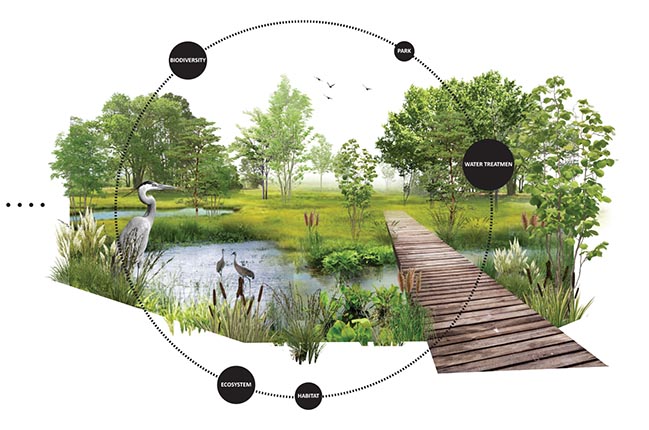 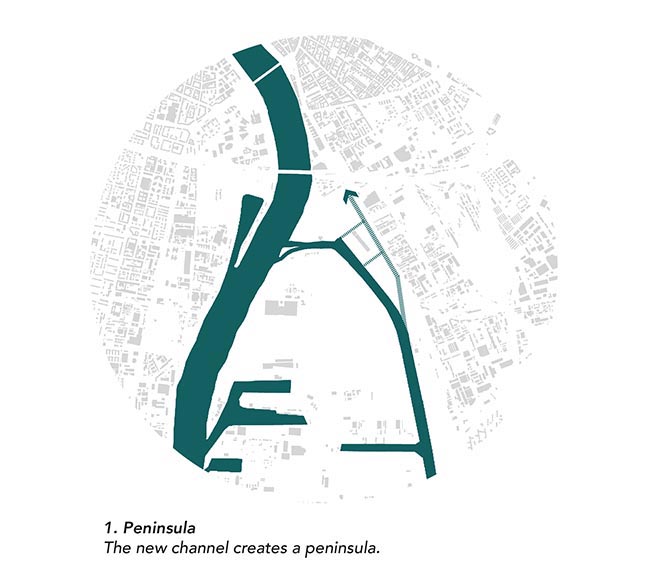 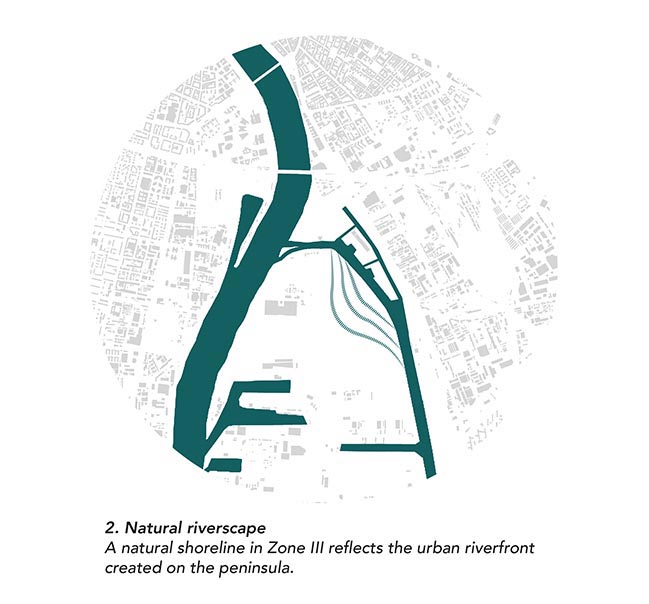 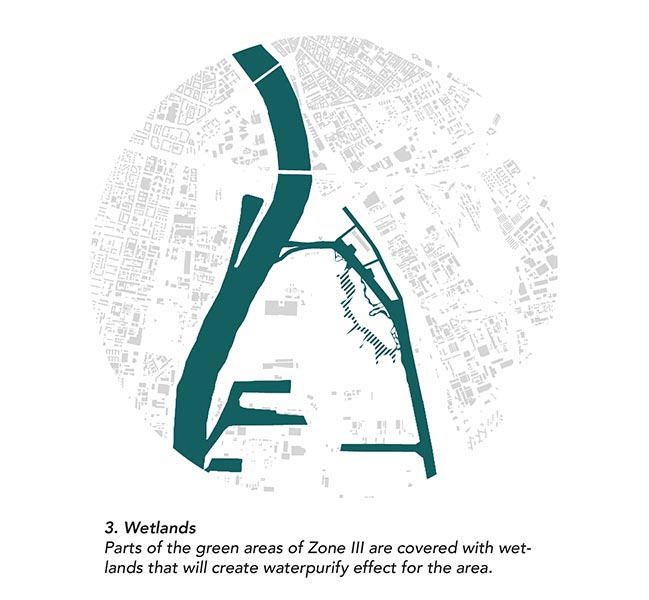 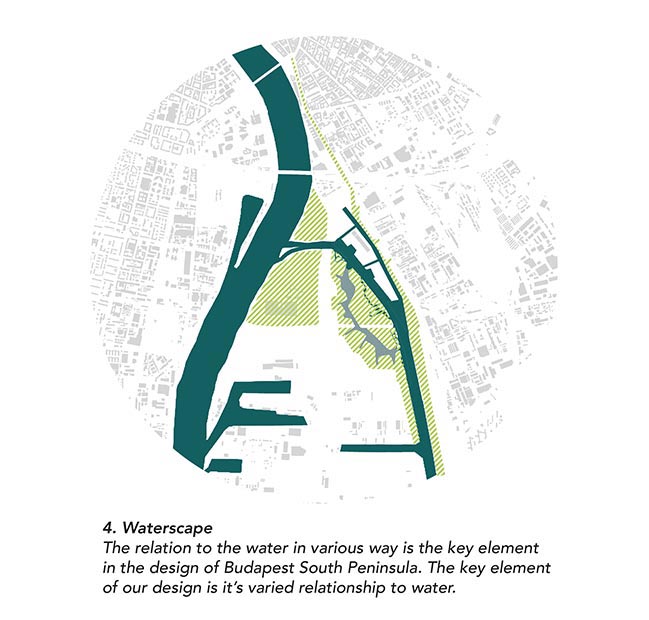 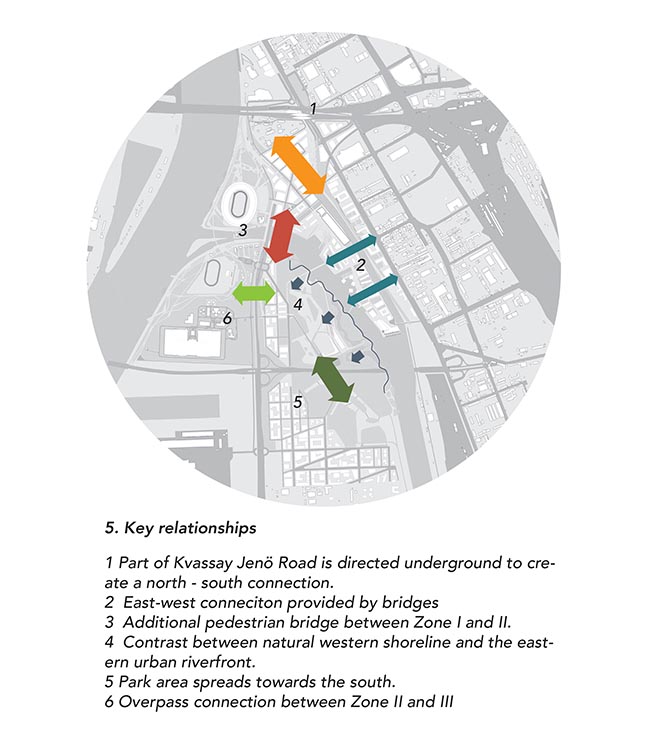 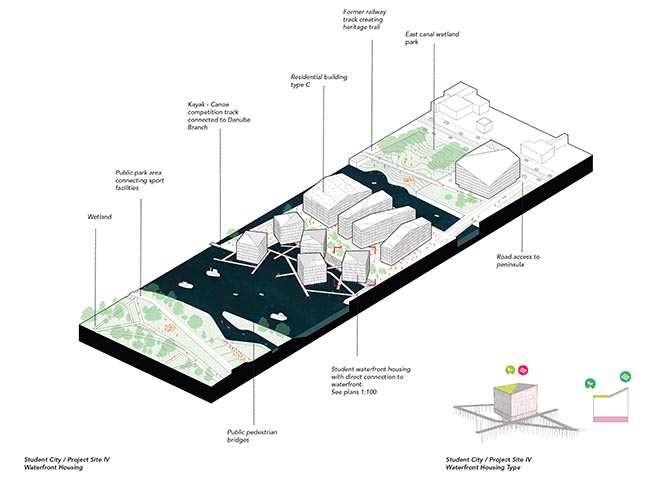 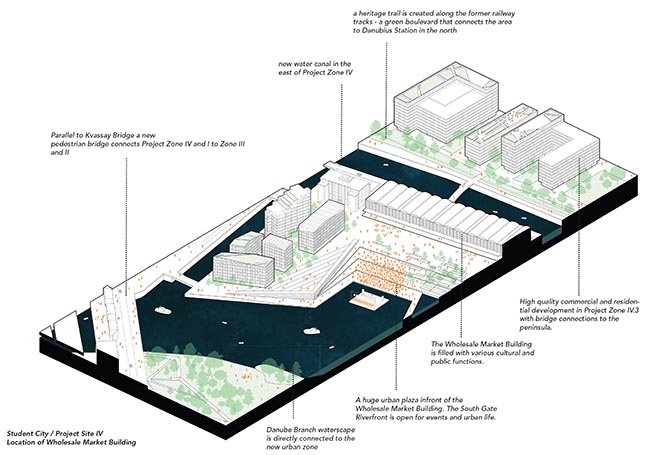 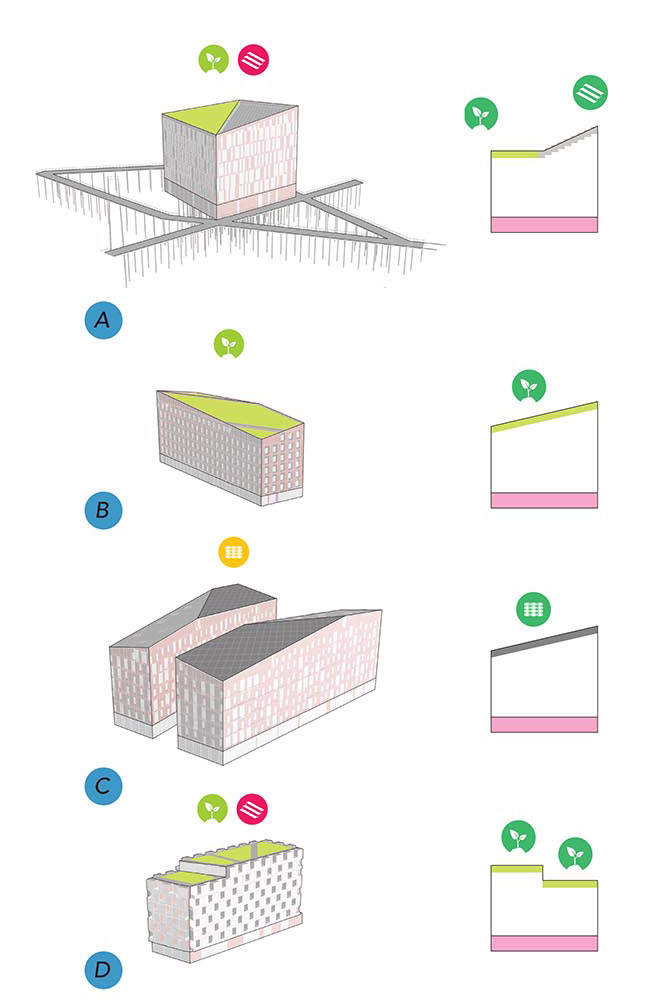 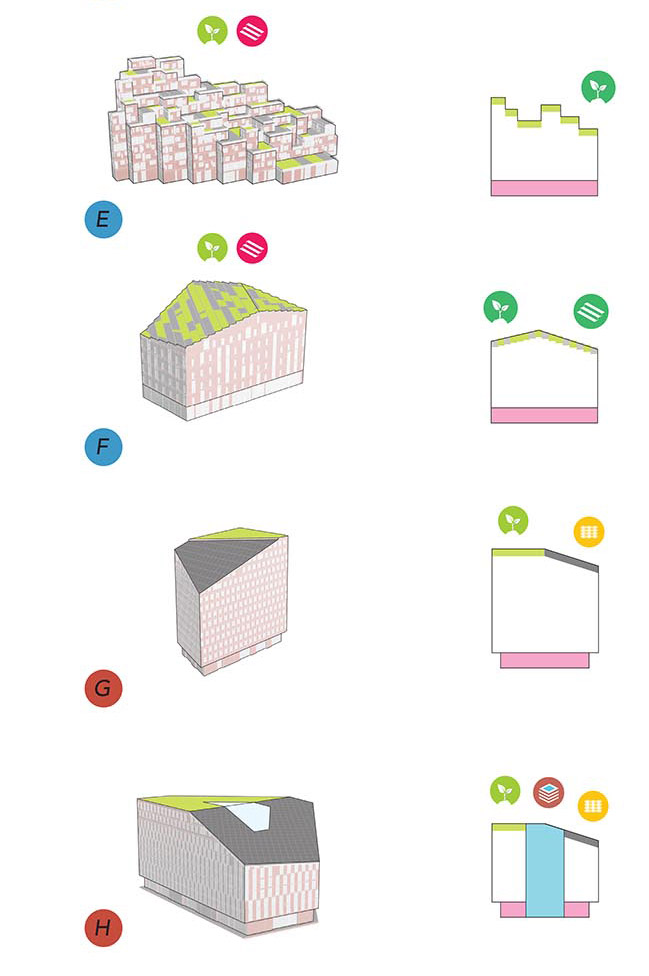 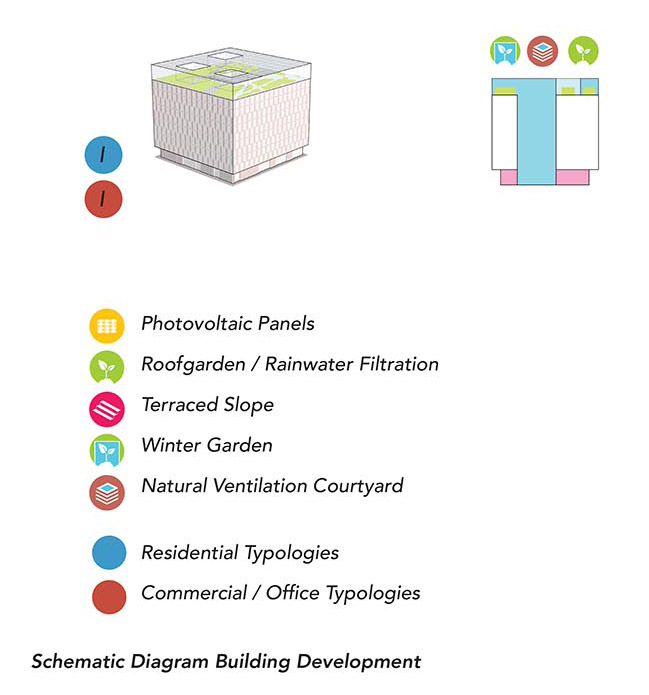 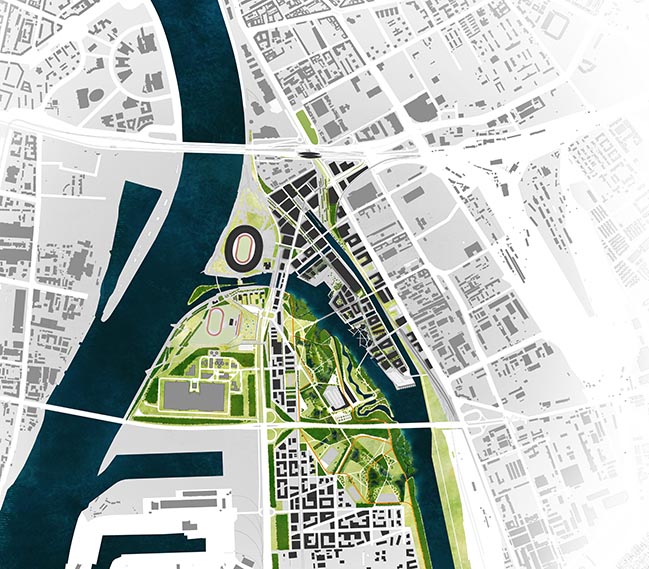 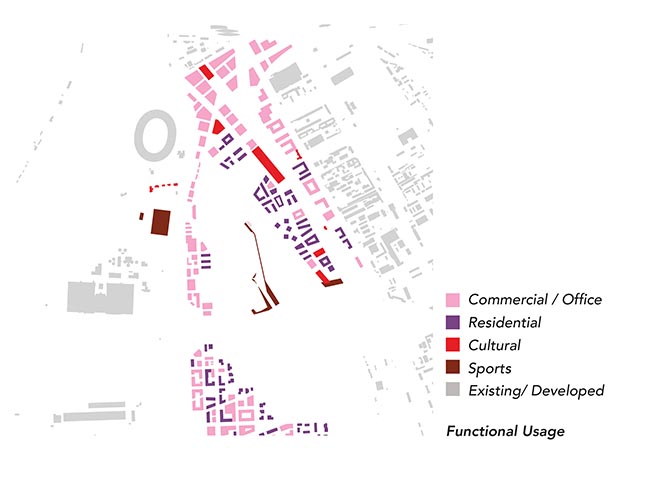 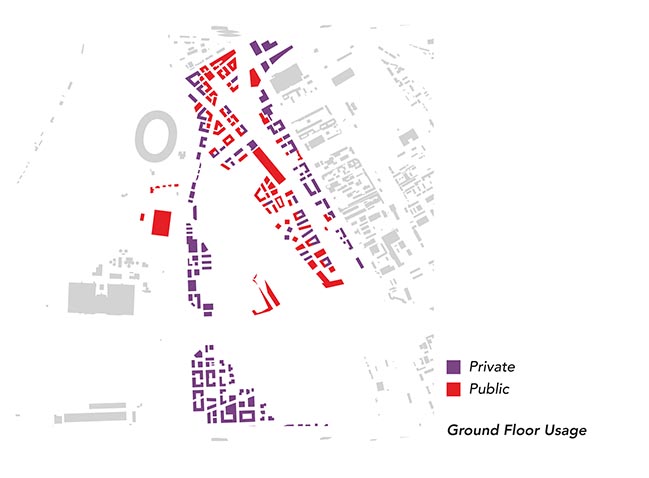 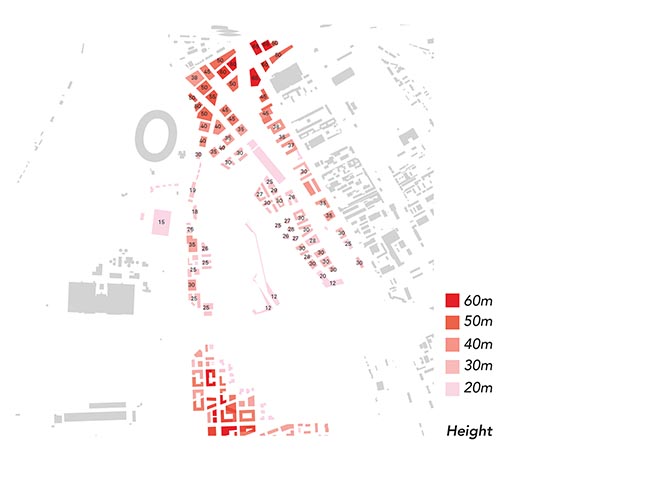 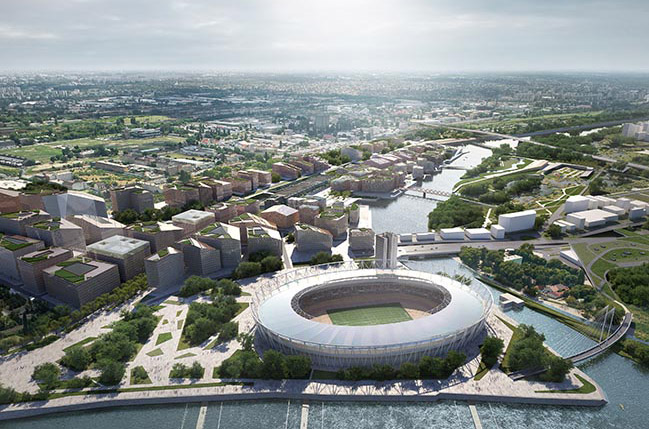