The Studio Gang redesigned the Tour Montparnasse in Paris to transform this monolithic skyscraper into a beautiful new landmark for 21st-century Paris - a tower that is simultaneously a dynamic hub for economic innovation, a vibrant center of community life, and a global model of sustainability. 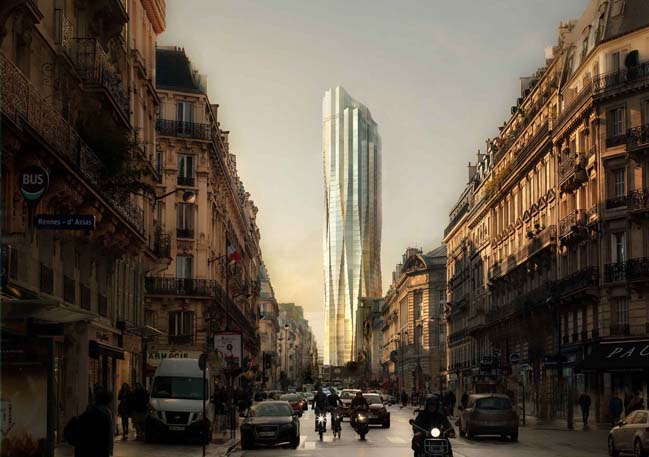 From the architects: A new, faceted facade gives the Tower a shimmering silhouette that marks its presence in the Parisian landscape from wherever it’s seen. Like the historic Haussmann-era buildings of the quartier Montparnasse, each level of the Tower adopts a human scale, while at the scale of the city, the building inscribes itself with a generous monumentality.

The design’s intrinsic beauty goes beyond its exterior appearance to offer renewed functionality and program, as well as far greater environmental performance. A diverse combination of uses and services make the tower a powerful economic engine and lively gathering place. Its transparent base serves as an inviting front door for its many offerings, which include 50 floors of work space, a spectacular observatory with indoor garden, restaurants with terraces, a hotel, cafés, a co-working hub, retail, a gym, and conference center.

The tower’s redesigned plaza works with the base to blur the boundaries between inside and outside, offering a much-improved experience and new amenities. Its topographic section with cascading gardens brings light and greenery to the building and its surroundings while maintaining an urban flexibility that accommodates everyday public activity, open-air markets, and large events. The plaza and base also incorporate a new urban mobility hub that connects different modes of transit. This asset is one of the project’s integrated sustainable features - which also include a high-performance facade, wind-derived shape, and green infrastructure systems - that together achieve a notable level of environmental performance commensurate with Paris’s leading role in the global battle against climate change.

Inside the new tower, the faceted facade’s bay windows produce generous, flexible work spaces and exciting social spaces that are filled with natural daylight and open up expansive vistas of Paris. At its top, the building culminates in an extraordinary glass pavilion that offers 360-degree views of the city. Supported by a steel corolla structure, it houses a lush garden that gives a taste of the French terroir, as well as a théâtre de verdure that can accommodate a range of special events, live performances, and celebrations. This airy space where people, nature, and culture mix is designed to be an ideal belvédère from which to watch Paris’s bright future unfold. 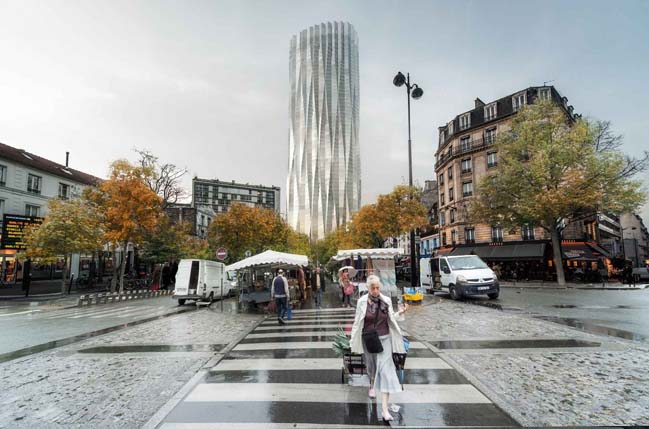 Known for its creativity, the Montparnasse neighborhood enjoys an energetic dialogue with the new tower via le boulevard Edgar-Quinet. 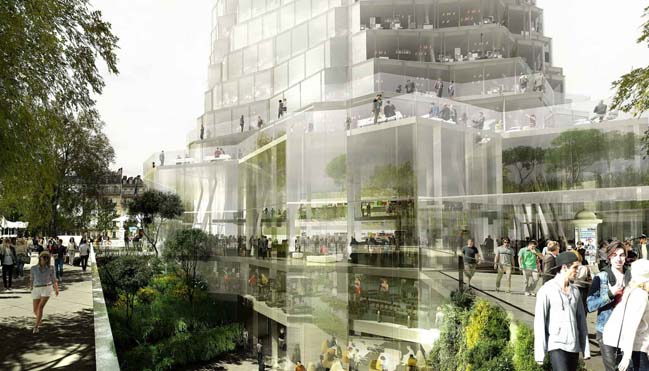 A series of biodiverse gardens provides an enchanting tableau that changes with the seasons and creates a focal point for the Tower’s lower floors. 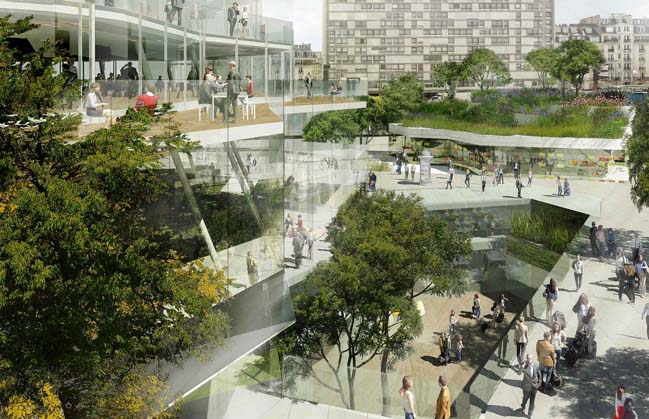 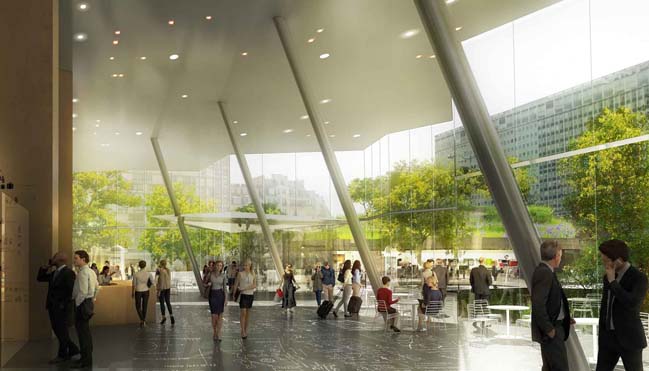 Blurring the boundary between indoors and outdoors, the transparent office lobby brings the best of the city’s urban energy inside. 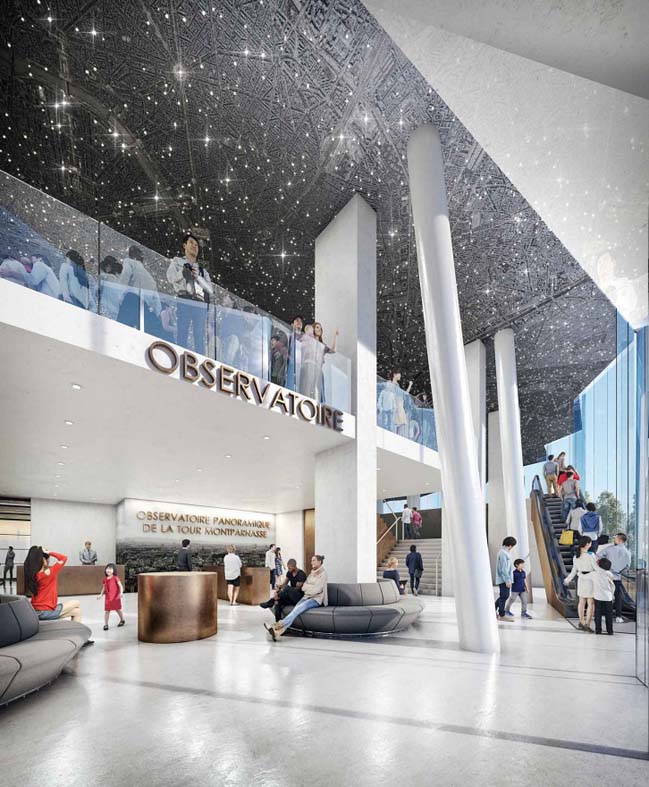 Directly accessible from the plaza, the Observatory visitor center marks the beginning of a dynamic, exciting journey to the Tower’s top.

The employee restaurant extends into large terraces that overlook the plaza’s green roofs and gardens. 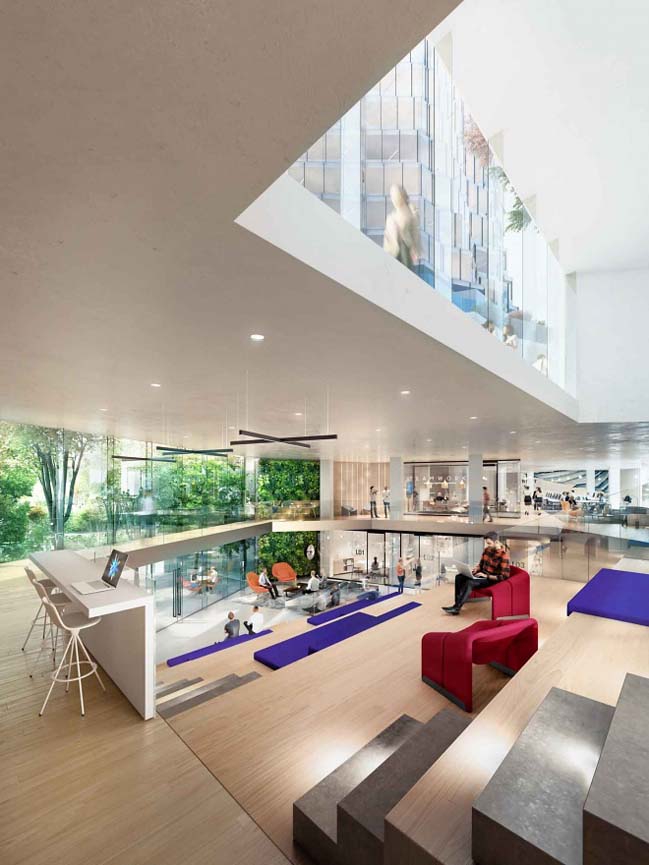 The co-working hub offers start-ups, entrepreneurs, and independent workers a dynamic and innovative environment for new ways of working. 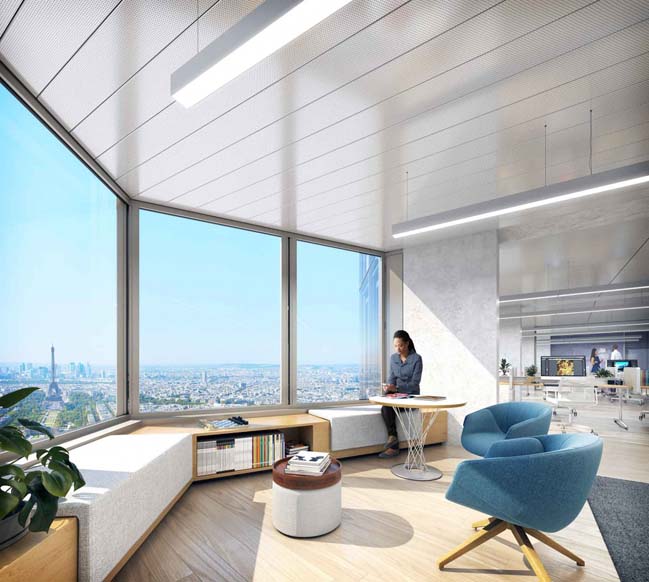 The bay windows extend the facade to expand the space on each floor, generously allowing in natural light and opening up panoramic perspectives. 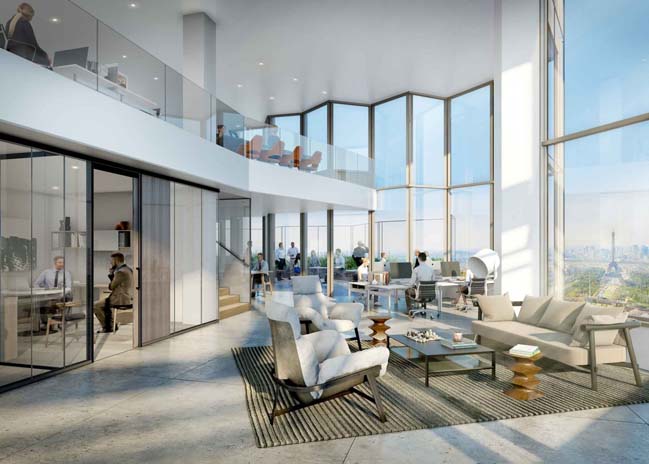 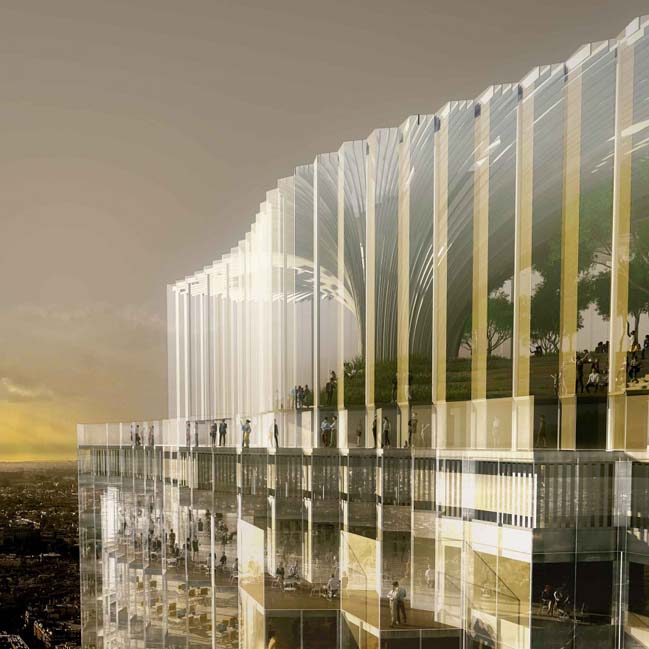 The Observatory’s terraces and restaurant offer visitors an unforgettable experience of the Parisian atmosphere. 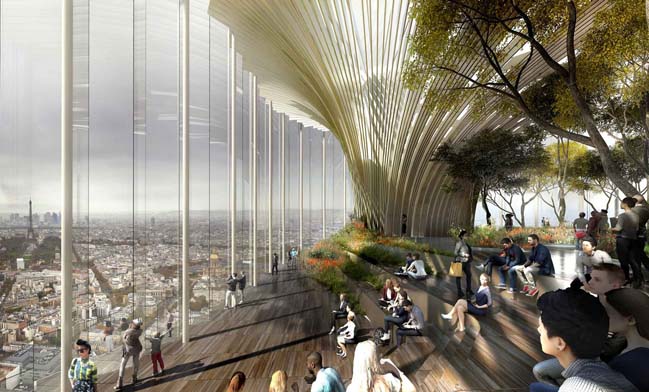 Perched high above the city, the théâtre de verdure provides a lively gathering place beneath a canopy of trees and structural corolla. 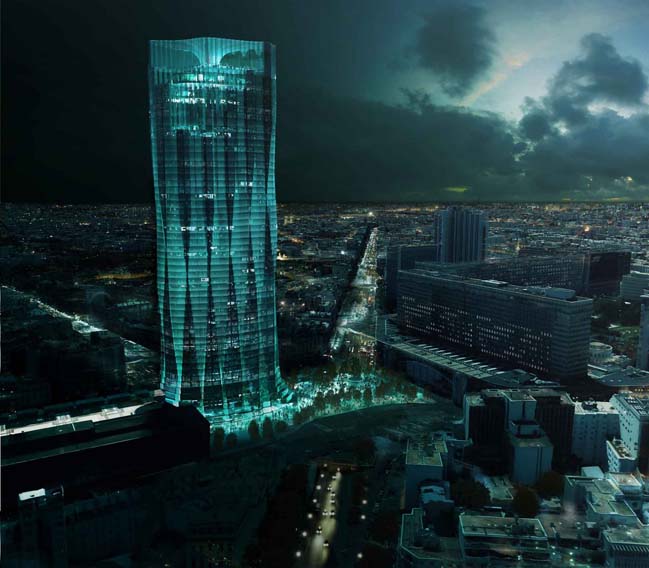