New York studio DFA has envisioned a prefabricated timber tower for New York's Central Park that would both filter a contaminated reservoir and provide views over the city. 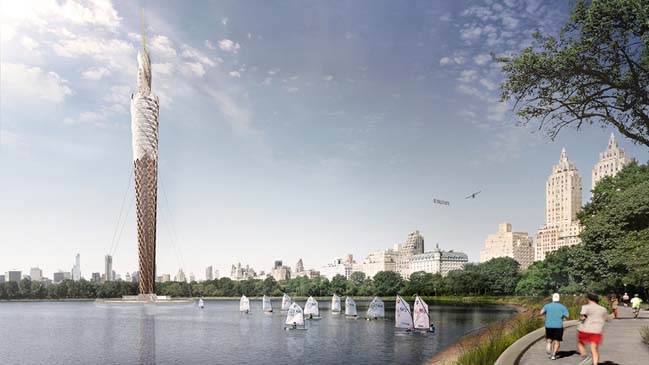 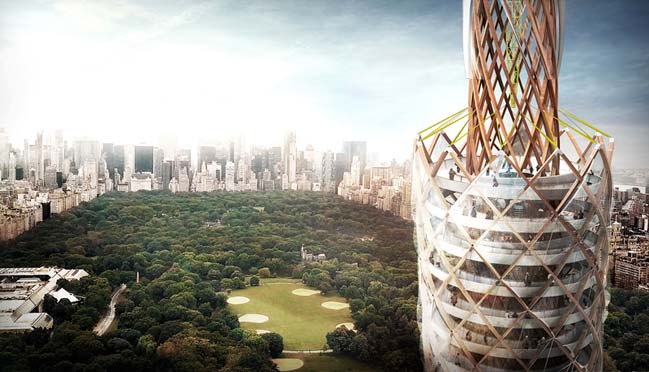 Project's description: This summer, DFA envisioned a buildable 712-foot observation tower that double as environmental infrastructure, a call to action for ensuring public follies are performing for the city. Here we combine architecture, recreation, resiliency, and tourism in a project millions of New Yorkers and visitors would benefit from. 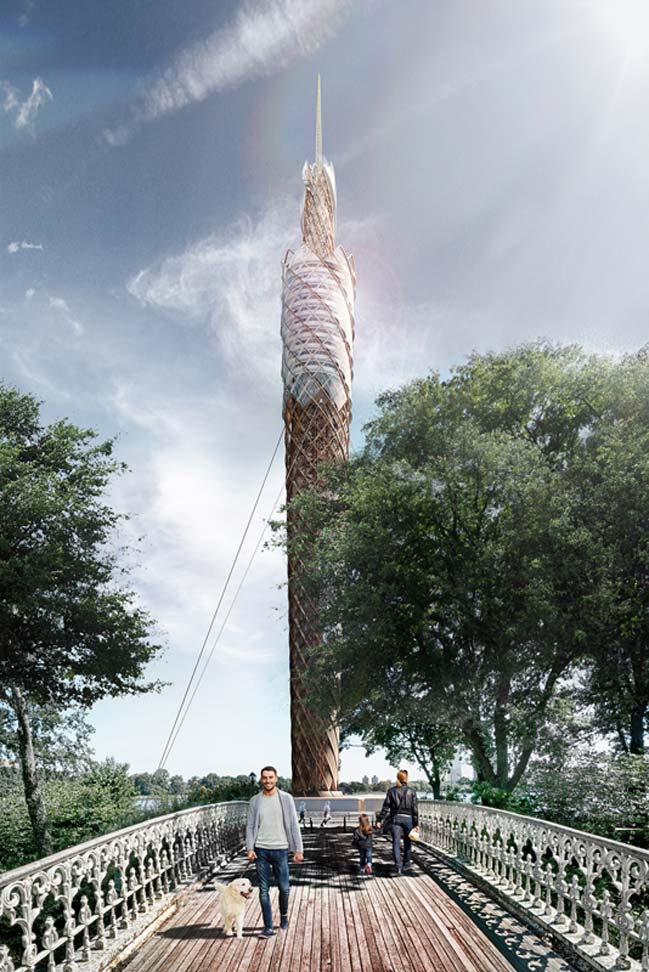 The temporary 712-foot-tall (220-metre) Central Park Tower would sit in the Jacqueline Kennedy Onassis Reservoir, a 106-acre man-made lake that encompasses one-eighth of the park's area and contains one billion gallons of contaminated water. 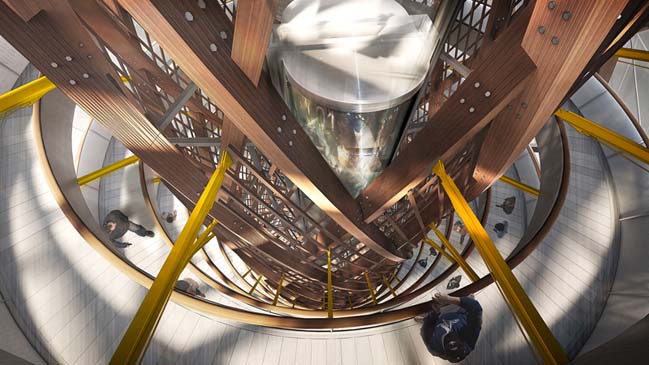 "Aside from supplying water to the pool and Harlem Meer, the Reservoir sits stagnant and fenced off due to its current state as a health threat to millions of New Yorkers, tourists and animals," said Sayigh. 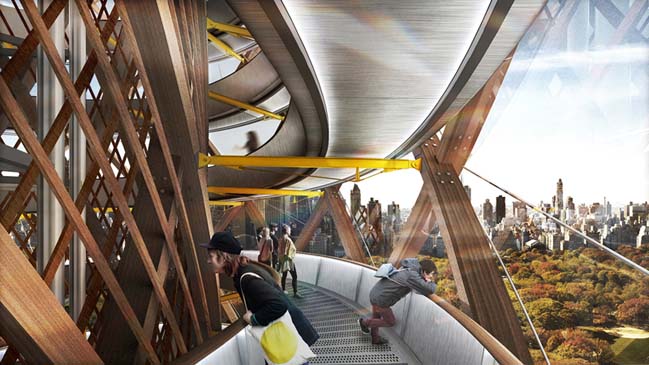 "DFA envisions a temporary landmark that is remarkably of its time to creatively transform the reservoir into one of New York's boldest urban amenities," said studio founder Laith Sayigh. 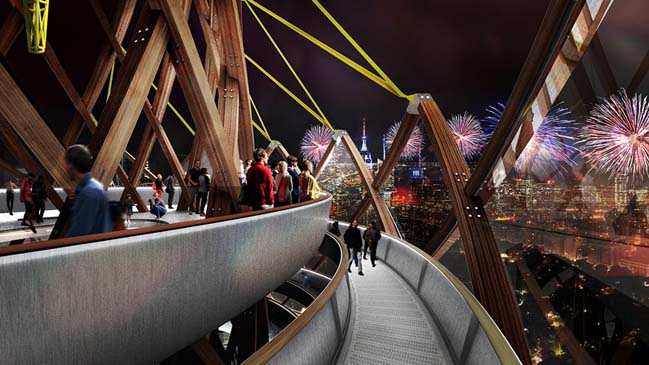 "This conceptual project pushes the boundaries of what we perceive is possible in a city as dense, historic and environmentally vulnerable as ours." 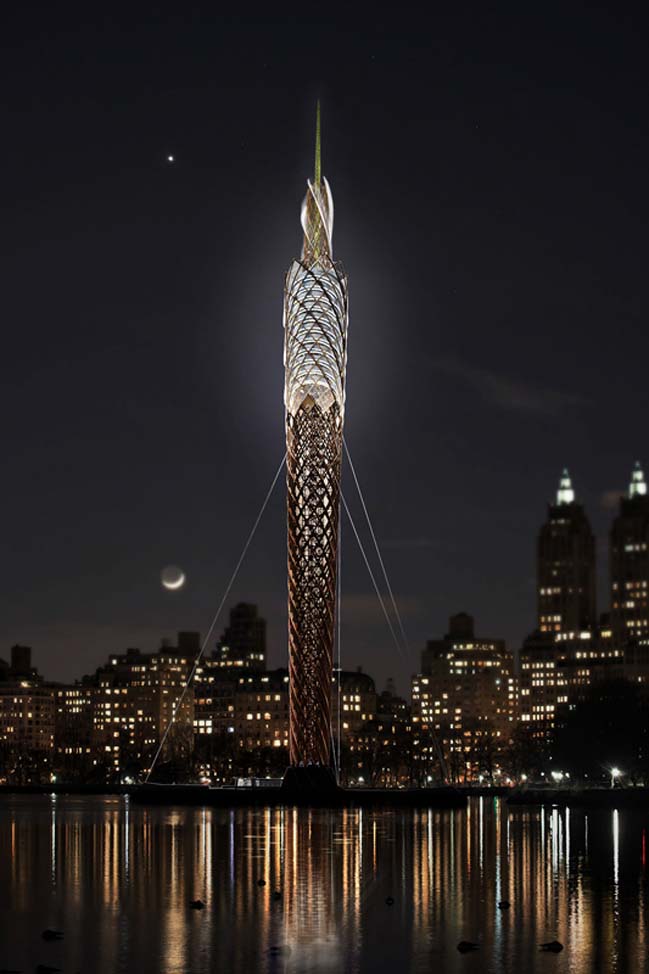