The Chain Effect is a public space intervention within the framework of Shanghai’s Urban Design Festival hosted in 2017, and powered by MINI China through its platform Urban Matters, which curates and creates design solutions that tackle urban challenges confronting China’s creative class. 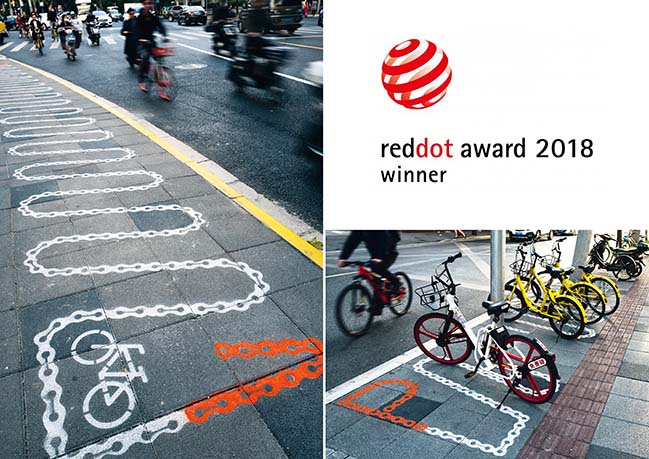 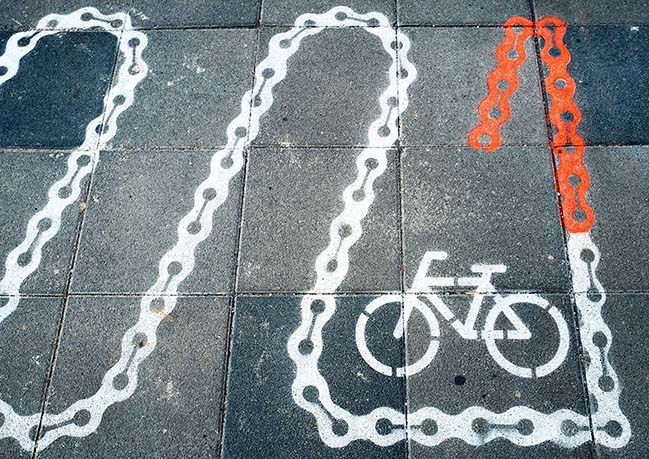 From the architect: The Urban Design Festival is an ongoing event in Shanghai aiming to identify urban issues derived from modern daily life style, and seeking to create interesting design solutions to solve them. 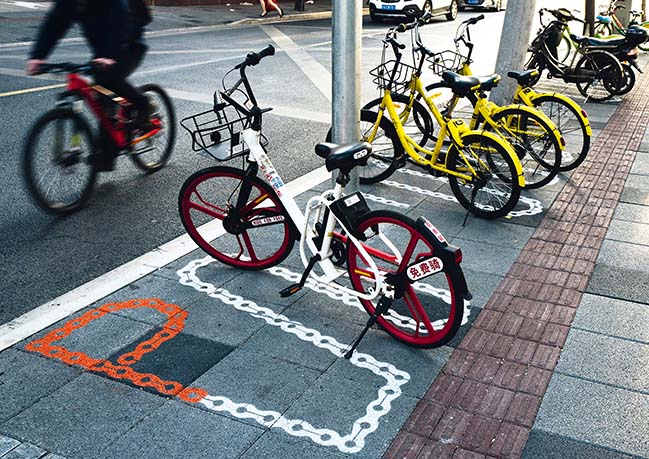 The “modern urban issue” to be tackled by the collaborative duet Anomaly + 100 Architects was to improve the pedestrian circulation in old neighborhoods of the city, where sidewalks are narrow and usually massively occupied by bicycles and scooters parked on them, and where zebra crossings are congested with people. 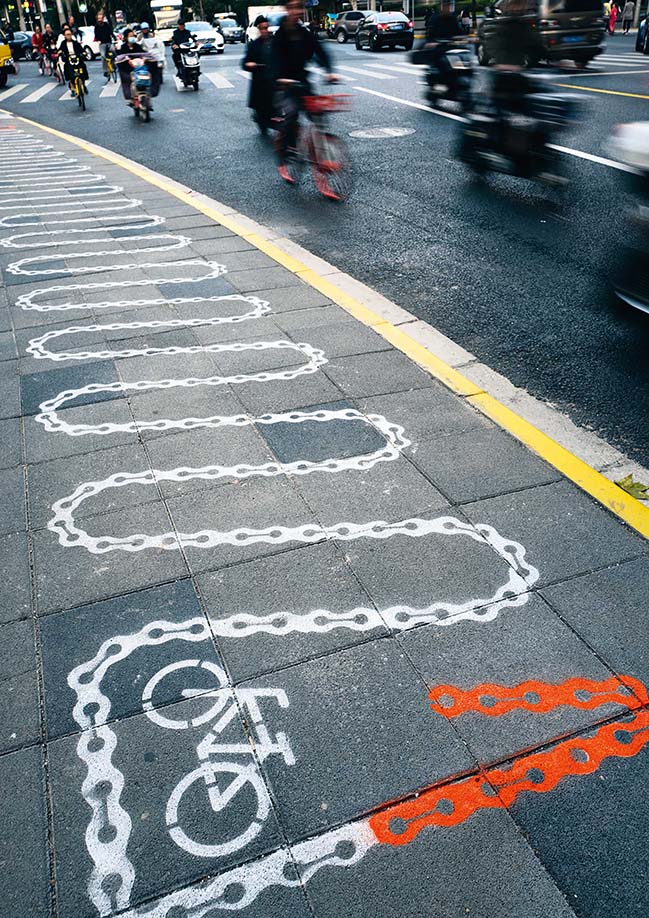 The first issue to be tackled was the bicycle parking congestion due to the proliferation of bicycles from the booming bike-sharing companies like Mobike or Ofo in Shanghai and China in general, which has created a new problem in the narrow sidewalks of the city, hindering the circulation of pedestrians. 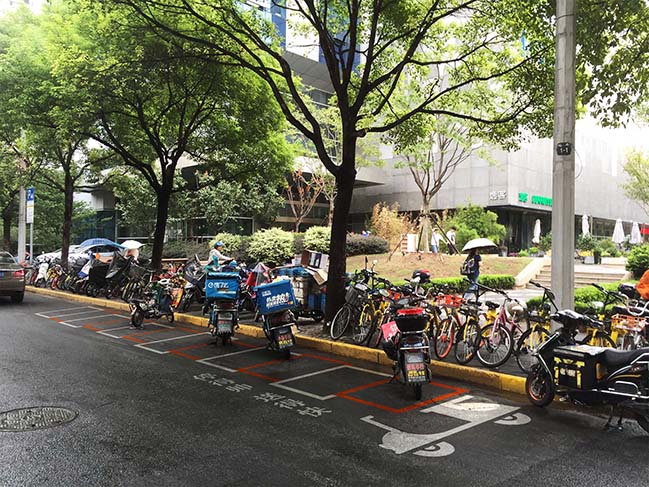 The proposal was not only intended to organize and improve the way these bikes are parked on the streets, but also raise awareness and educate the users on civic behavior regarding the public use of these shared bikes. 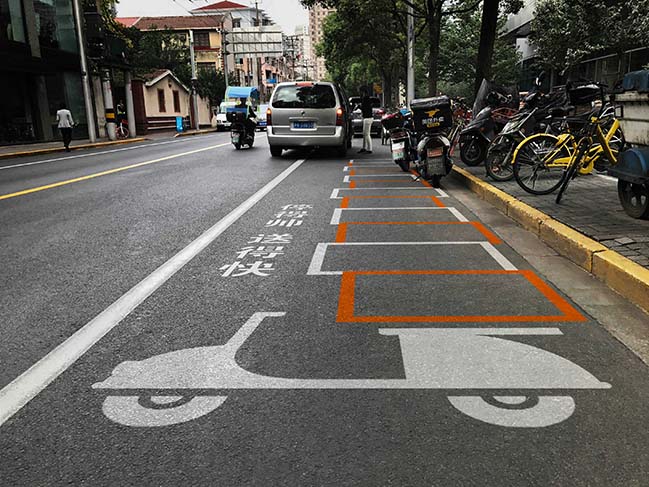 Inspired by the chain of a bicycle, we came up with a simple yet creative graphic that would indicate the users the positions to park the bikes and also suggest in which angle they should be parked, optimizing the accommodation of more bikes in certain areas and freeing up 0,5 meters of sidewalk for a more comfortable pedestrian circulation. 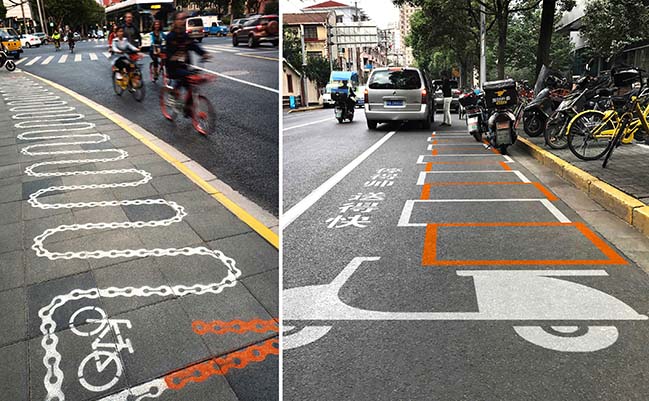 The second issue to be solved was the motorbike parking congestion due as well to a rising proliferation of food delivery companies and online shopping delivery companies. Another modern problem that overcrowds not only the sidewalks, but also the traffic on the streets. 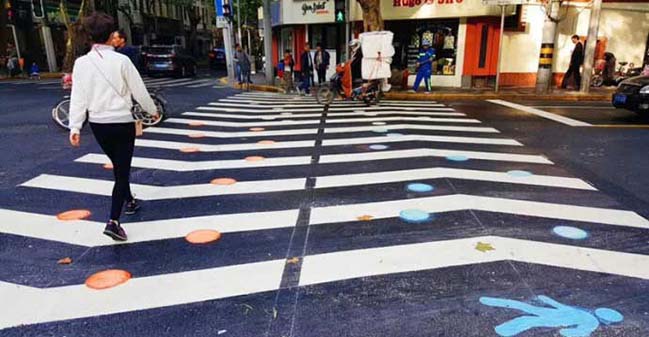 For this second exercise, we designed another simple graphic inspired in the commonly yet unbelievably packed delivery motorbike drivers usually spotted in the streets of Shanghai. The different stacked boxes become the right parking slots for the delivery drivers to park their motorbikes in a specific location and in an organized manner. 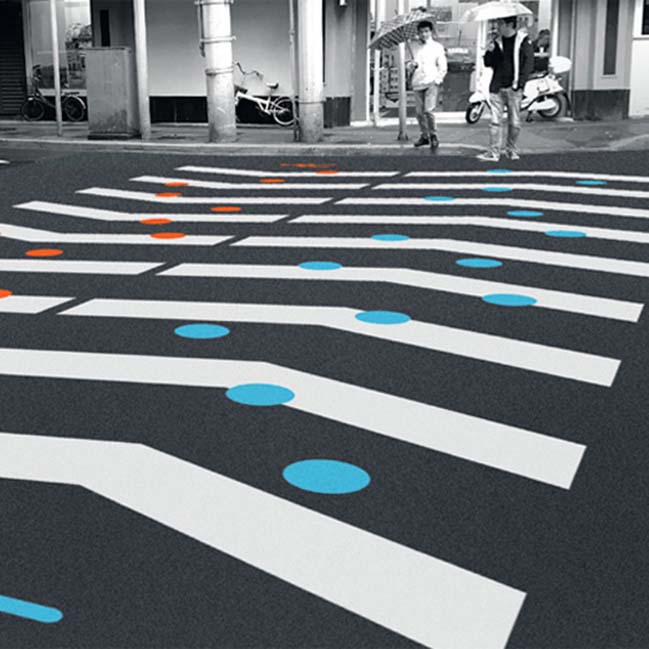 And the third and last tackled issue was the overcrowded zebra crossings in narrow streets, which in peak rush hours are very difficult to cross without bumping into other people crossing in the opposite direction. 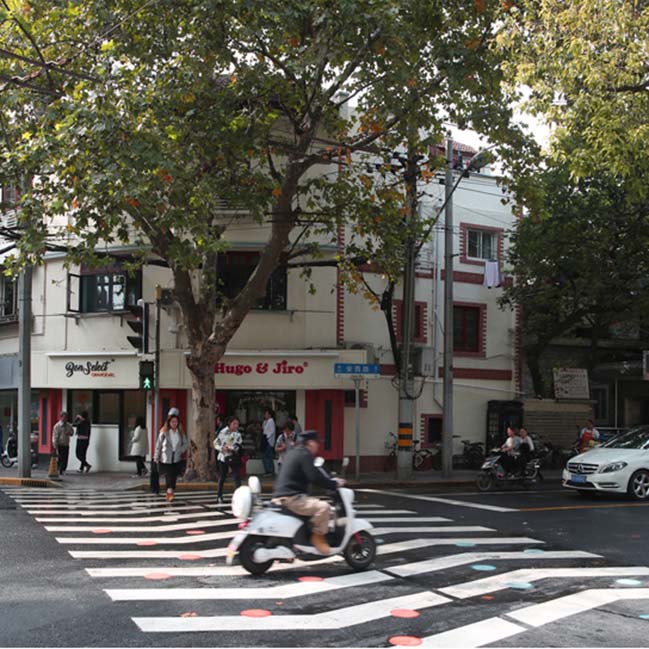 To help organizing the pedestrian circulation over those zebra crossings we came up with a very simple yet extremely effective modification of the crossing’s white lines themselves, from straight to zig-zag lines, which created a pointing arrow shape, giving pedestrians a directional hint, splitting the circulation in two directions in order to avoid bumping into other people.

We are very glad this simple yet smart design was awarded with one of the most sought-after design awards in the world, the Red Dot Design Award 2018 on the category of Environmental Graphics. 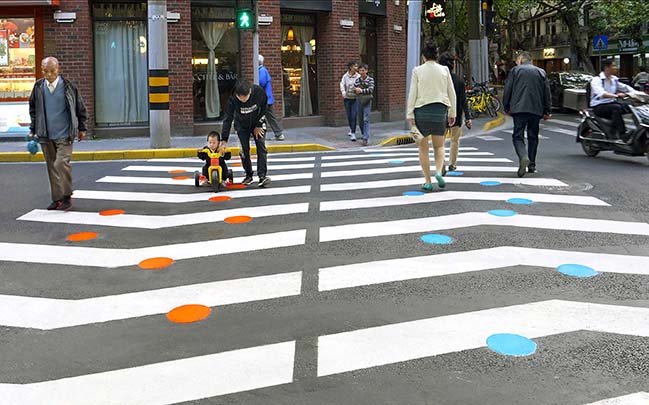 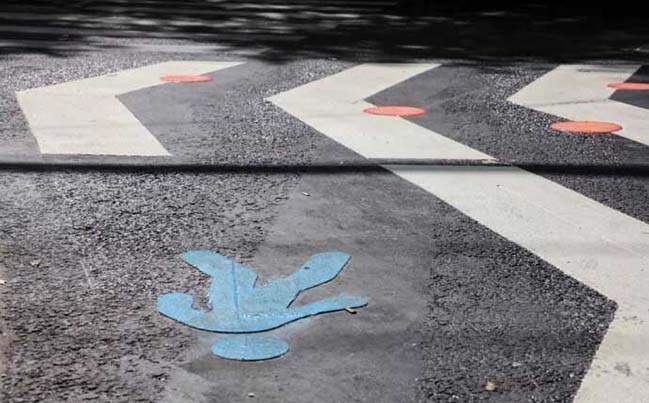 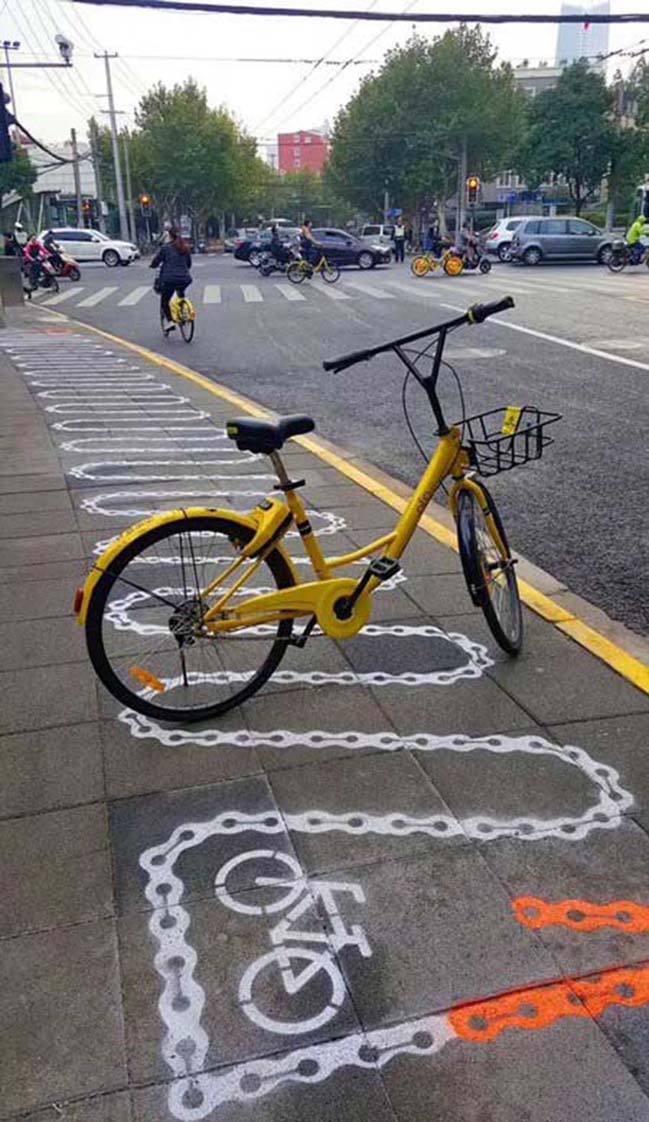 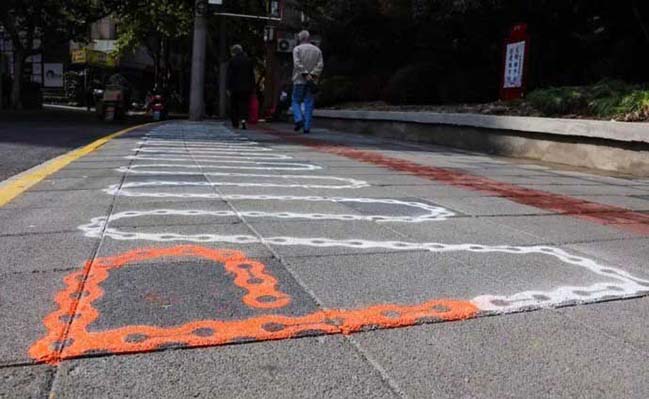 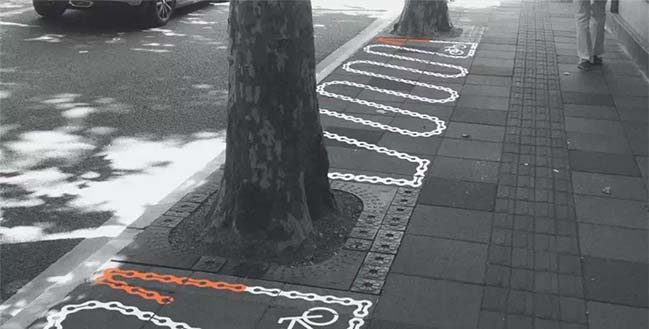 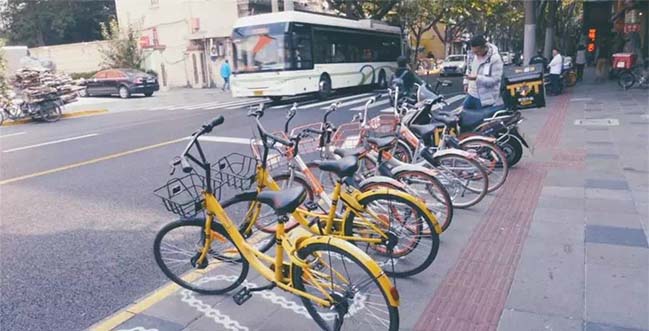 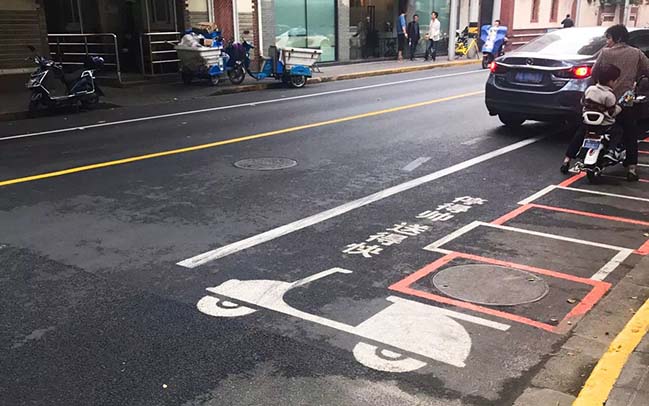 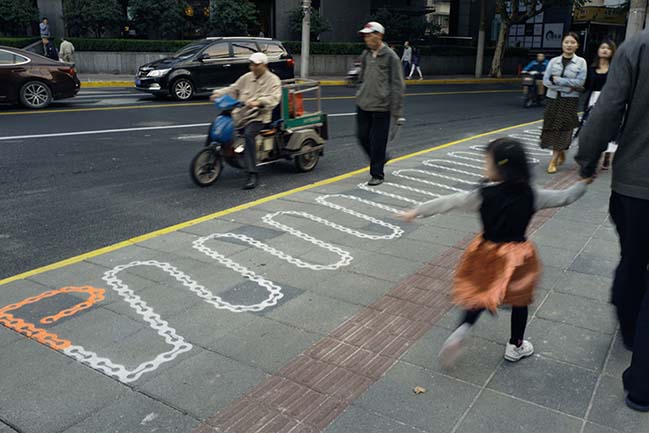 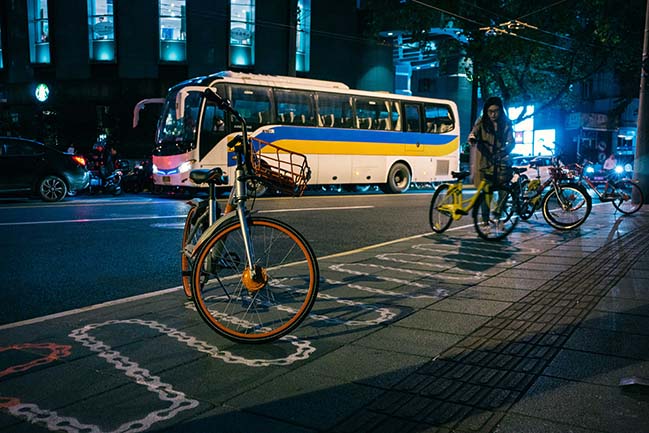 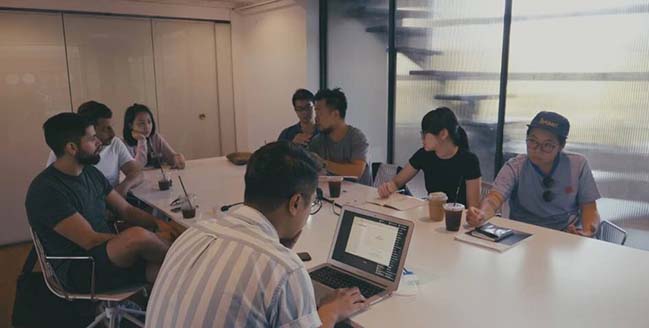 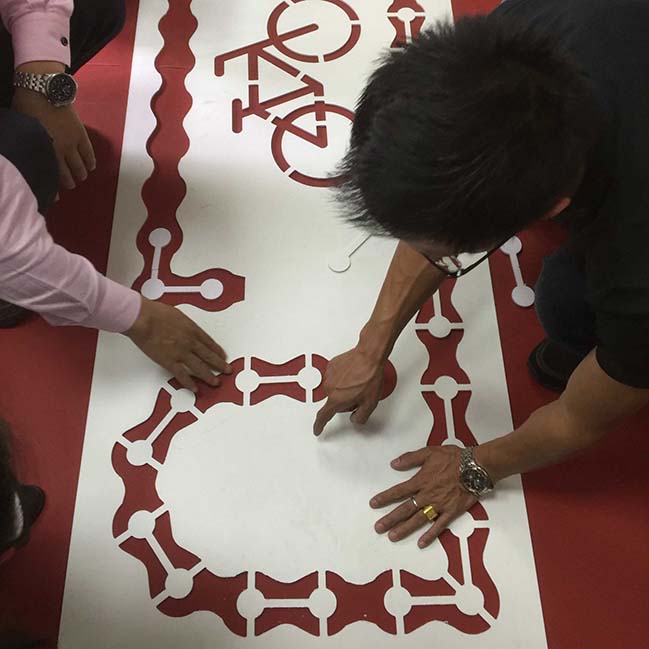 12 / 01 / 2018 The Chain Effect is a public space intervention within the framework of Shanghai's Urban Design Festival hosted in 2017, and powered by MINI China... 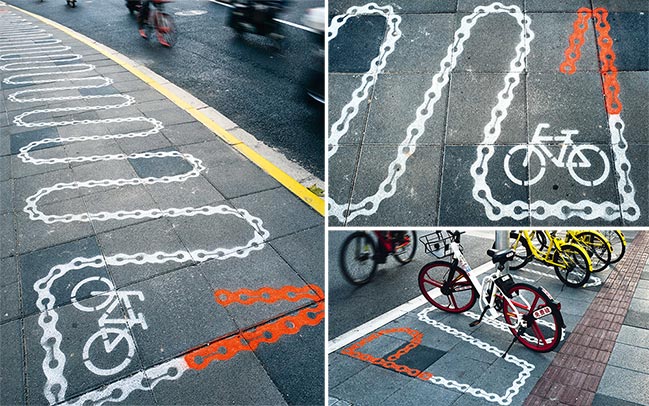