The Kumaon - small hotel in Uttarakhand by Zowa Architects

This is small hotel in Uttarakhand, India  Situated 1600m above sea level in the village of kasar devi near the town of Almora. Its named after the region it is situated, ‘kumaon’ a region of mountains,valleys ,forests and scenic lakes. 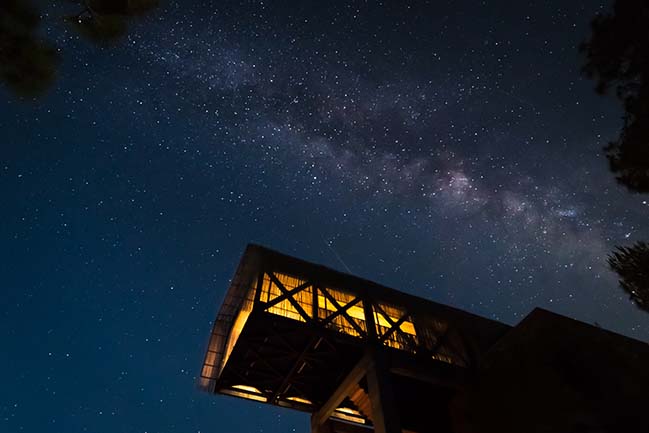 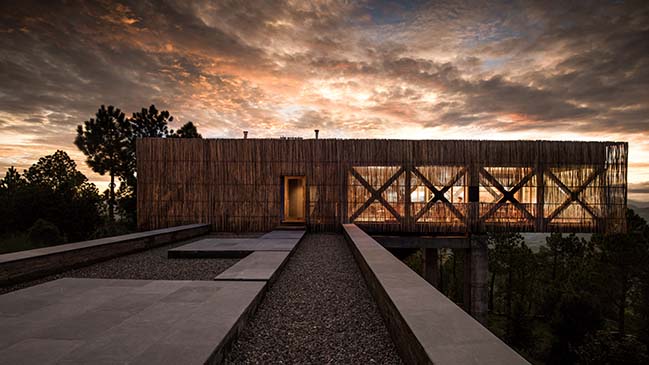 From the architect: Access to the site is via a slightly steep track down, off the main road. This village road stops about 250 metres from the site and the rest of the way is through a narrow village walking track to the site. You are met at this point by the hotel staff relieving of your bag and baggage ,making the rest of your walk to the hotel quite pleasant. You also have the option of making the short trek by pony as well.

The sloping site is terraced which is typical of agricultural plots in this area and is in two parts a small half acre plot at the top of the site which we used to situate the service facilities, and a two acre plot, separated by small strip of common land.what is special about the land is that it has uninterrupted views of the valley below and majestic views of the Indian Himalayas 300 km away.

The programme included 10 rooms, lounge and dining facilities, library,spa and services. We decided to design the rooms in Pairs, one atop the other and scatter them across the site at different levels. This was partly to reduce the bulk of the building and also to reduce the overall foot print of the development. The lower chalet was built out of stone quarried from nearby, while the upper chalet walls were built out of fly ash bricks and cladded with bamboo sticks to give a sense of lightness. 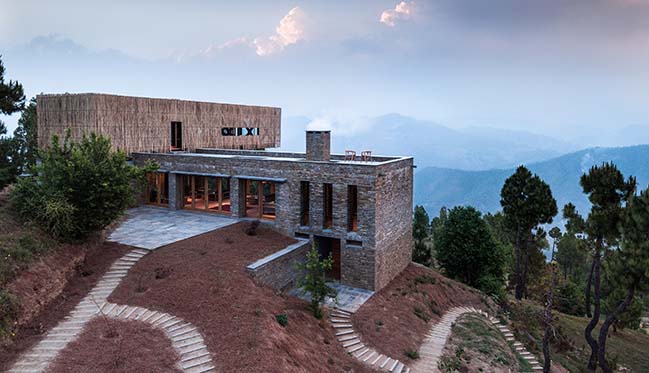 The main building was situated on the highest point in the site, the ground level is the main entry point which houses a lounge ,library, and toilet and administrative fascilities, while the first floor houses a dramatic steel cantilevered dining room , with a axis vista towards ‘nanda devi’  india’s second highest peak, hundreds of kilometers away. The roof of the lounge becomes a terrace for outdoor dining and yoga. Further the three sides of the dining room was also cladded with bamboo sticks to reduce the visual impact of the bulky steel structure.

The approach to hotel is through a small gate from the foot path, and a walkway arches towards the main lounge, the first entry point for the visitor. A row of planted bamboo trees are used to cover the view of the chalets beyond and obscure the mountain views heightening the sense of expectation.

Local pinewood was used extensively,from floor finish to doors and windows. Even the furniture was designed and made on site. The local craftmen were used to make copper and stone accessories for the chalets. Almora has a fine tradition of weaving and all woolen fabric for bedding and furnishings were custom designed and produced locally.

The overall finish is one of rustic simplicity, highlighting the local materials. The concrete soffits are kept unplastered, so are the fly ash walls finished with just a coat of paint inside. In the chalets a bed ,table and seat was designed as a island unit and was finished in smooth cement render. The toilet walls are finished in ‘kadappah’ a black stone cut in to tiles. While the terraces and balconies were paved with ‘kota’ a popular and cheap Indian granite which has a texture and feel of smooth cement. 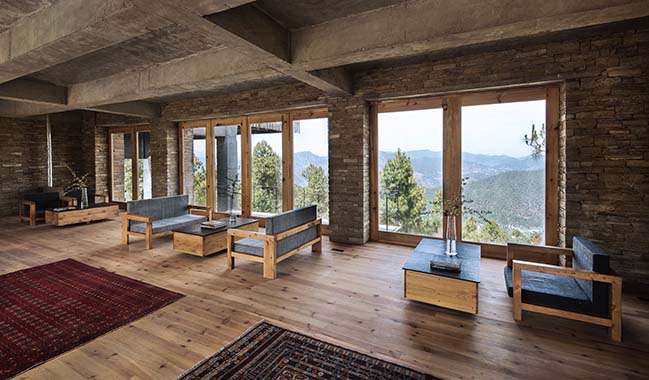 By dispersing the built structure around the site and also by the bamboo cladding we were able to dissolve the visual impact a building such as this can have in a sensitive environment.

All the structures were designed for rain water harvesting, with a drain system taking the water to a large holding tank at the bottom of the site. The hotel plans to replant seasonal crops in the terraces and left over spaces, using the produce for its own kitchen.

Overall our attempt was to highlight the stunning natural landscape and focus on the mountain views. While paying homage to local materials ,tradition and culture. 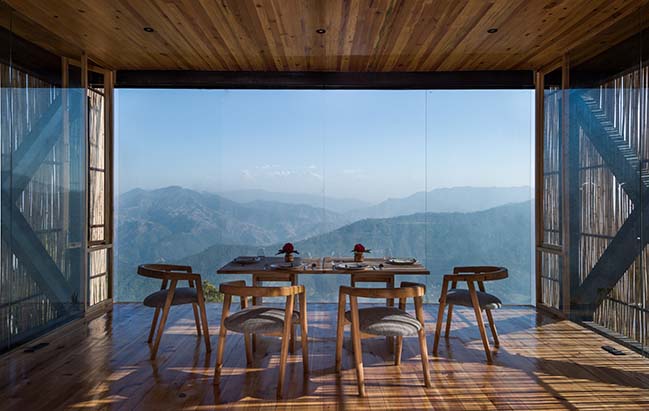 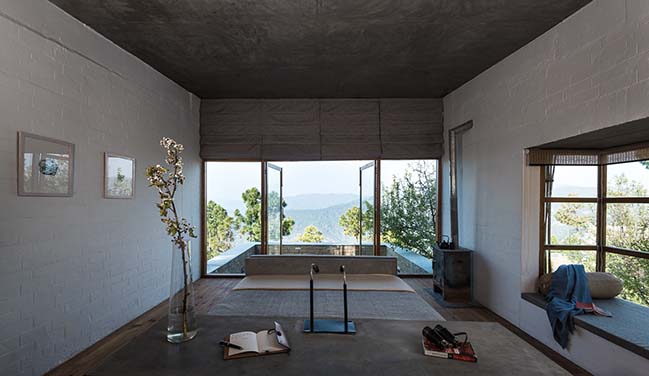 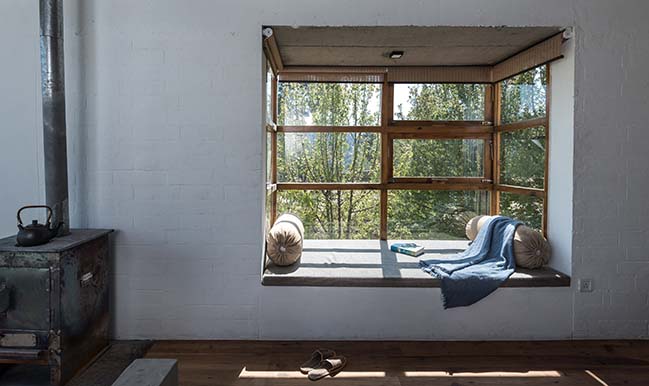 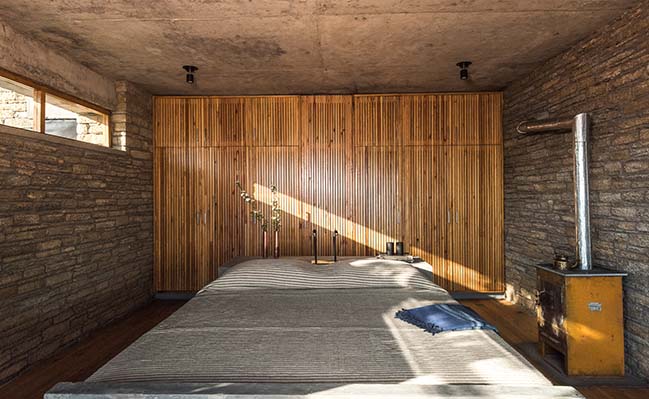 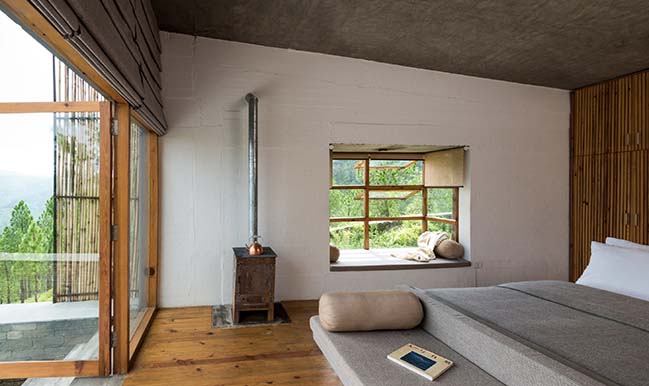 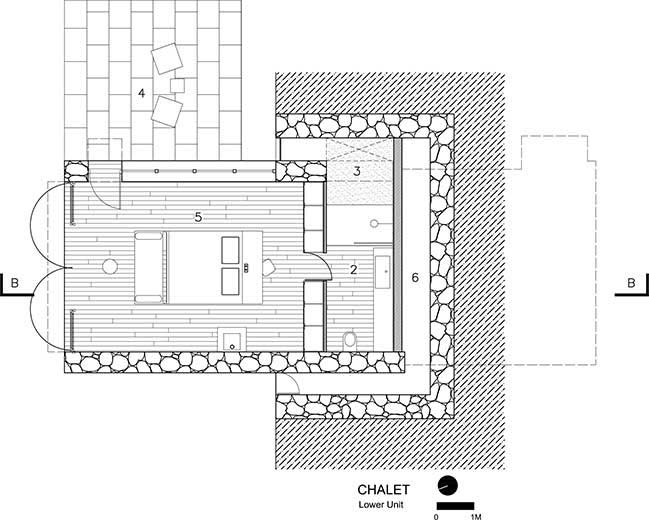 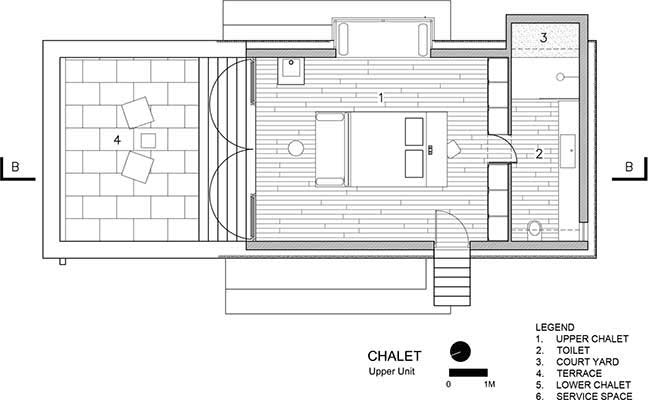 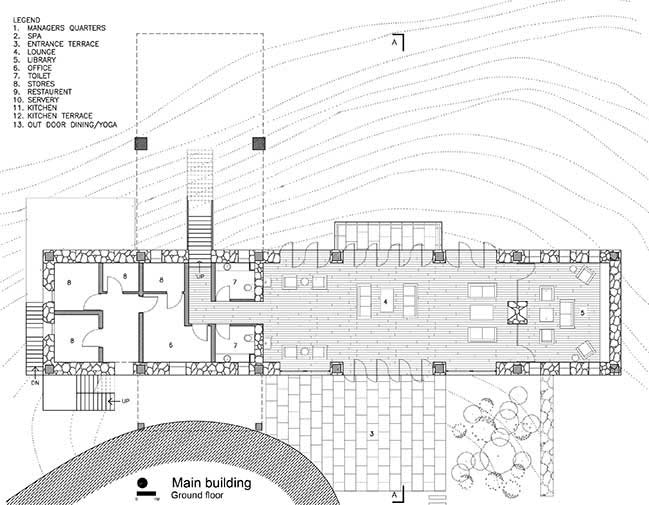 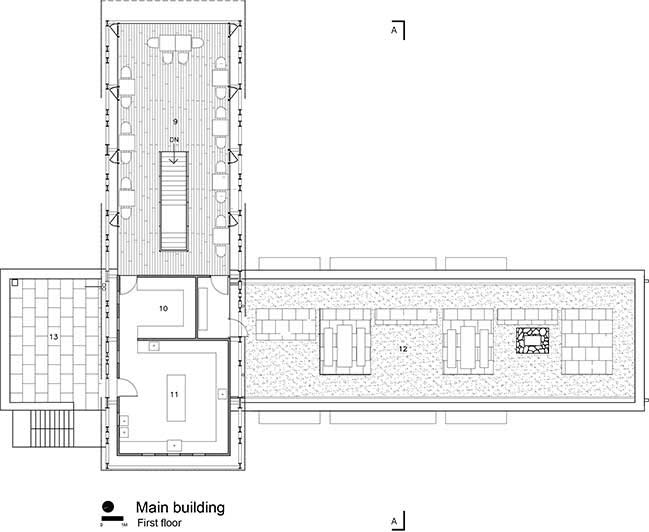 The Kumaon - small hotel in Uttarakhand by Zowa Architects

12 / 25 / 2017 This is small hotel in uttarakhand ,india Situated 1600m above sea level in the village of kasar devi near the town of Almora