At a glance, Cada Cuba Huele Al Vino Que Tiene (Every Cask Smells of the Wine it Contains) appears no more than a cluster of seven deconstructed wine barrels. Its design is unassuming with poplar plywood forming the staves and the riveted wooden rings acting as hoops holding down the whole construction together. However, a closer look unveils a unique design concept that will delight one’s senses and transport oneself deep into the Rioja region. 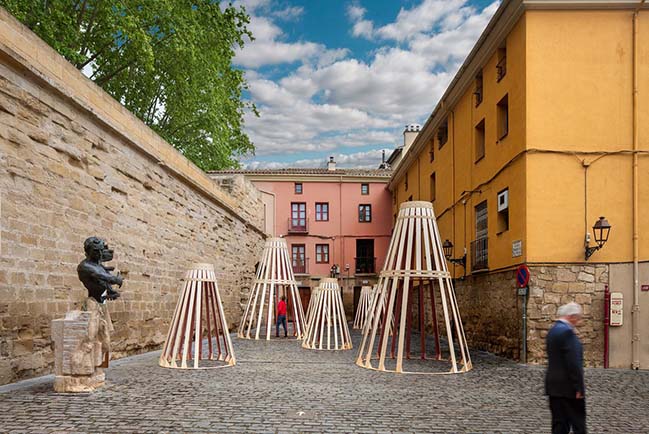 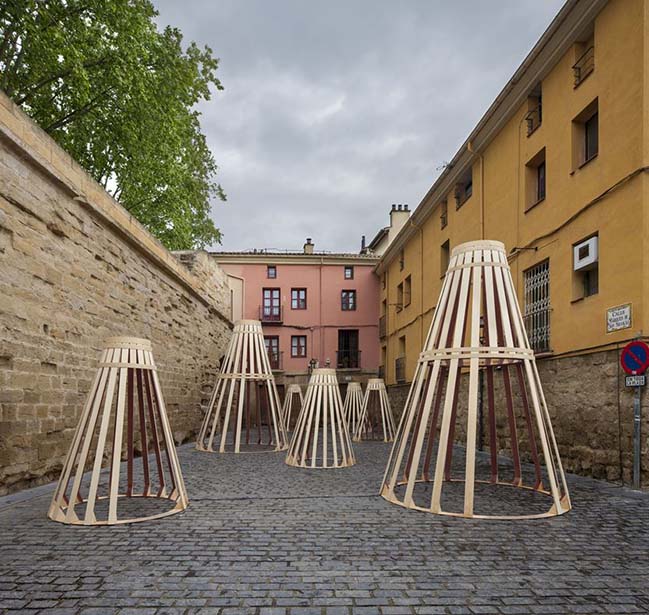 From the architect: Cada Cuba Huele Al Vino Que Tiene is the winning entry out of 52 international entries of the installation design competition for the architecture and design festival of Logroño, held in May earlier this year. Conceptualised by a six-person team, it is a devotional space dedicated to Rioja wine. Its architecture is a pure distillation of the region—specifically its soil, climate, grapes, and wine-making traditions; and was conceived in response to the competition’s call for an intervention within the historic Plaza del Revellin. 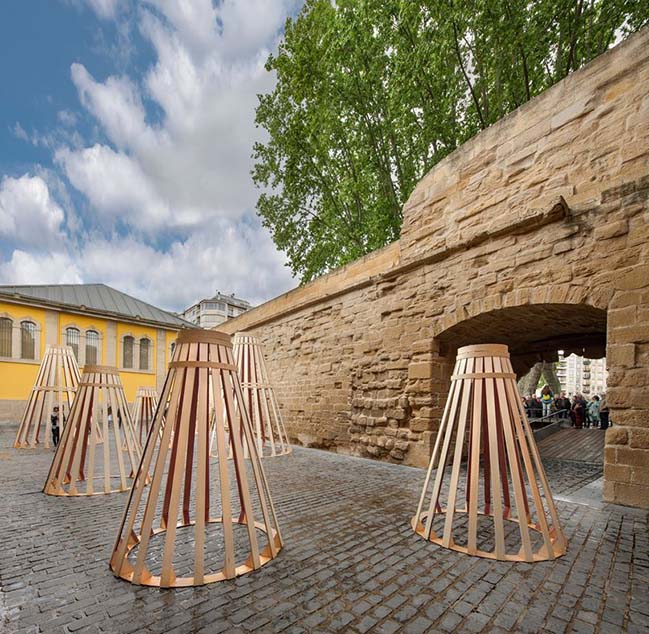 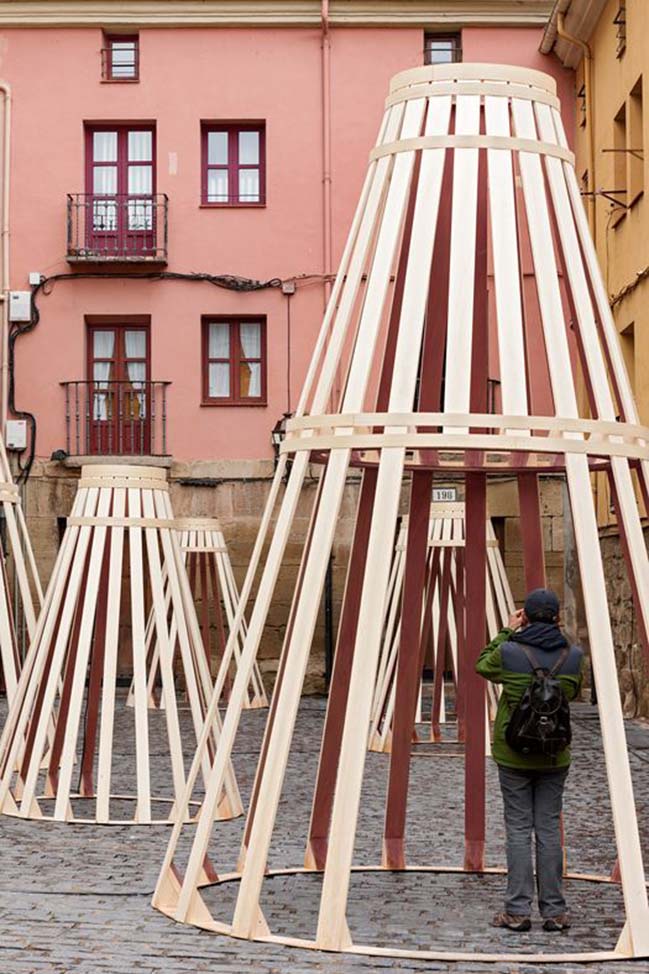 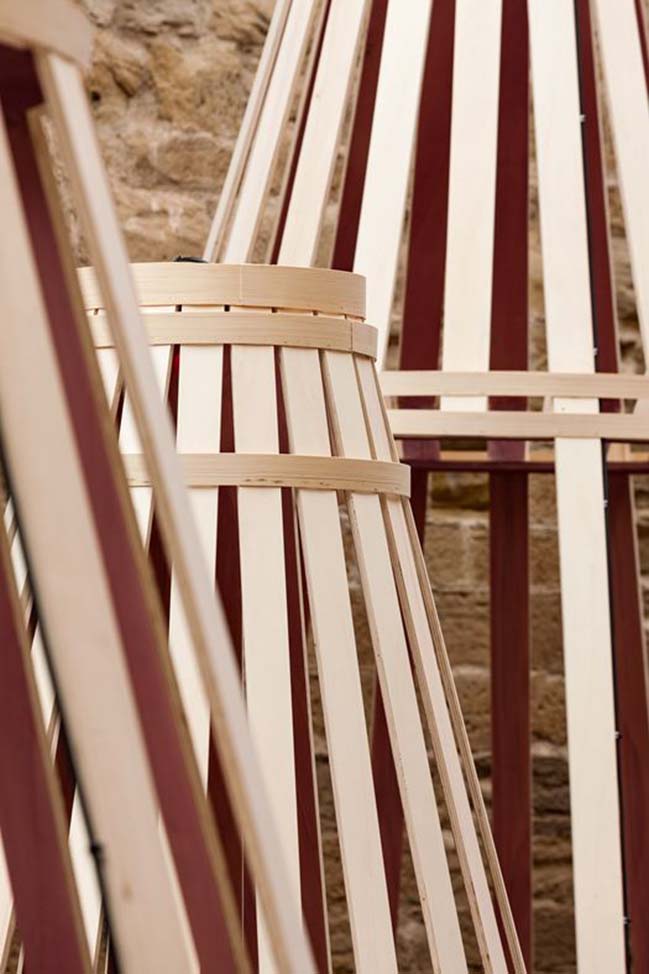 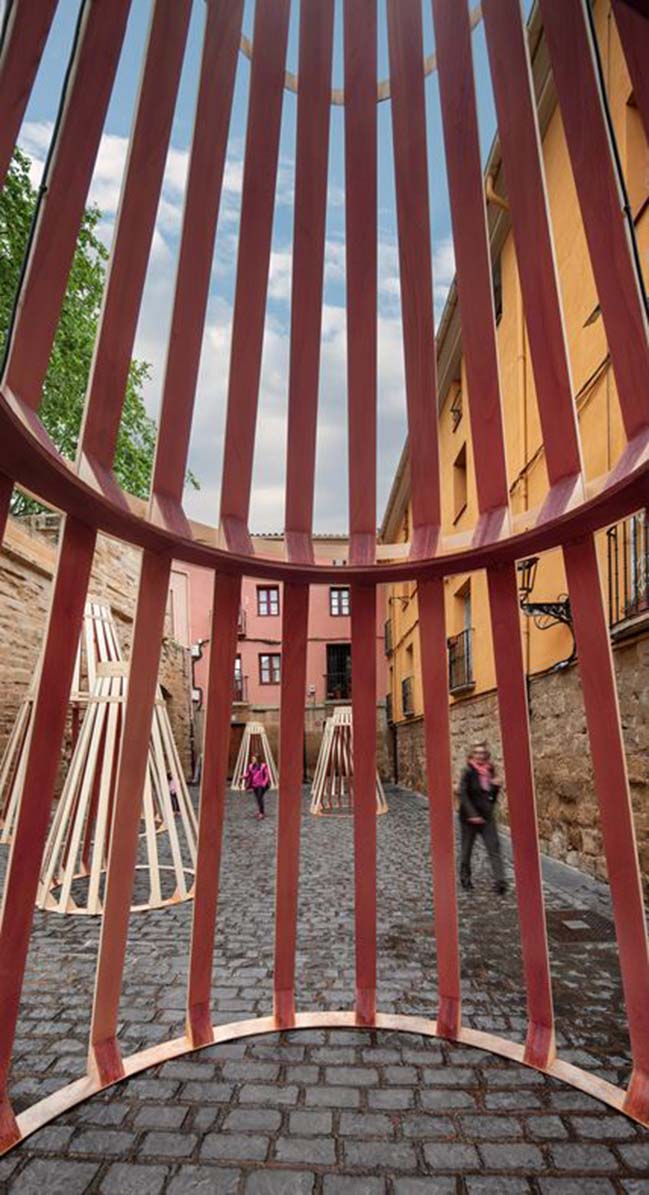 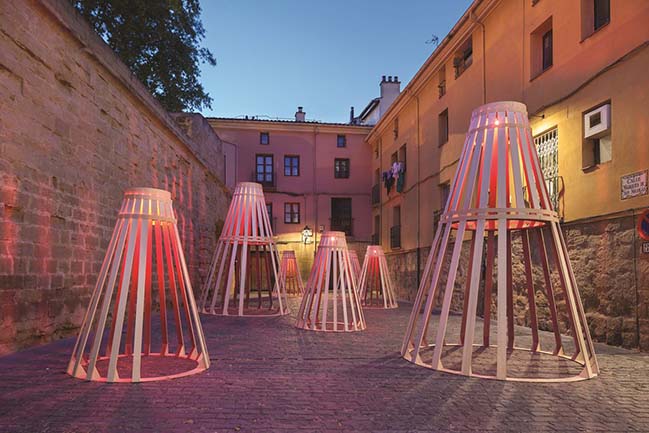 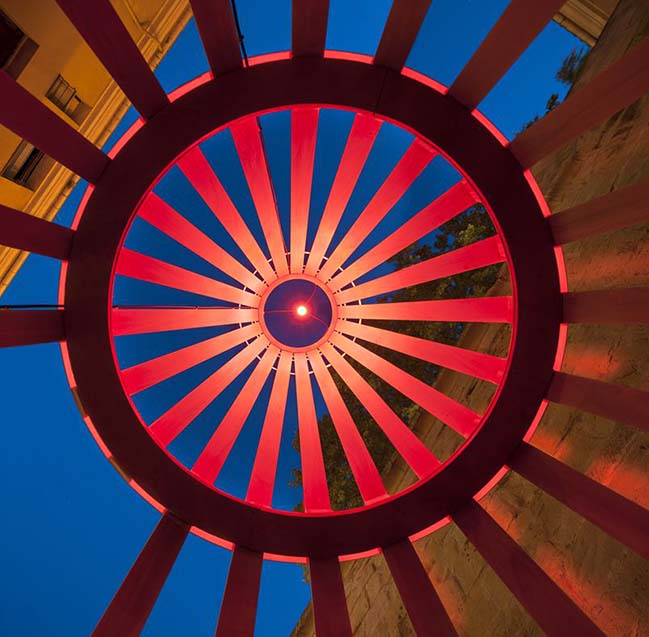 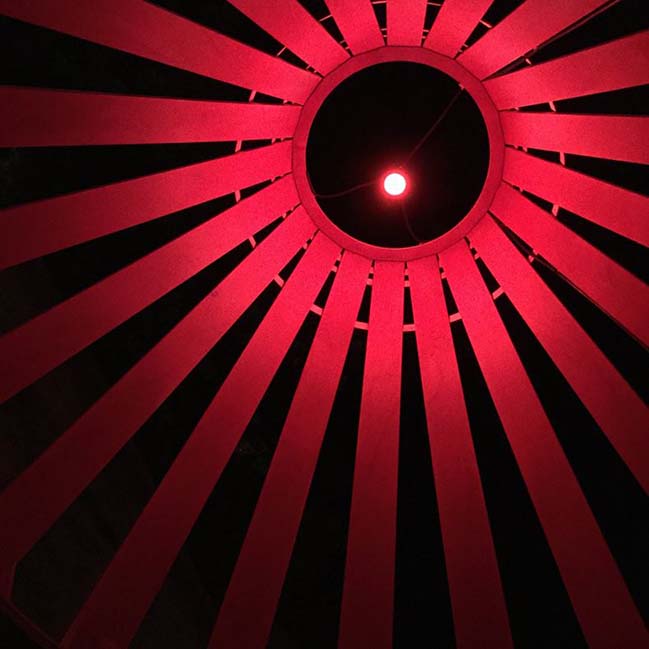 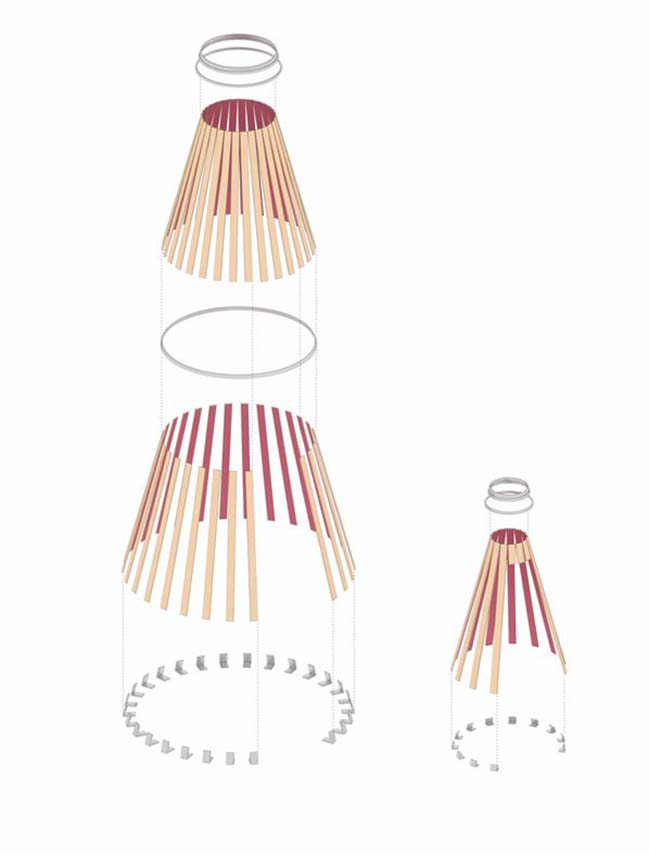 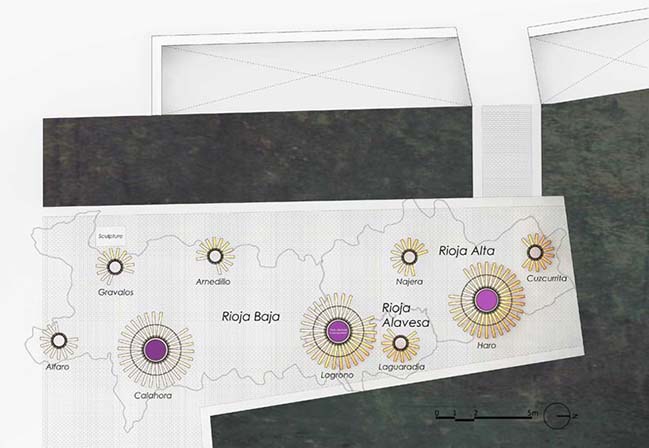 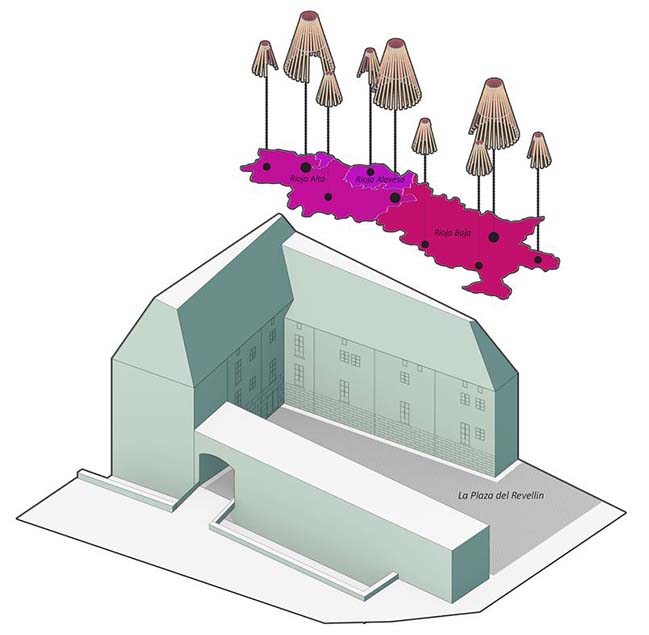 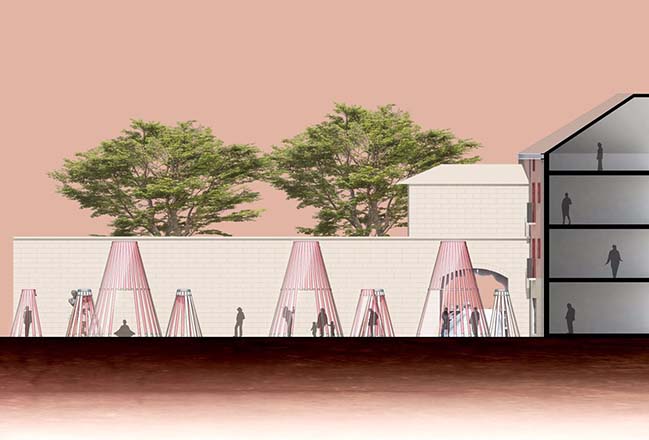