Second Nature is a pioneering project conceived by Rotterdam-based research and design studio The New Raw under the auspices of the Aikaterini Laskaridis Foundation (Athens, Greece). The initiative aims to raise awareness of the environmental issues of marine plastic pollution and the corresponding challenges of wildlife preservation caused by abandoned fishing nets. 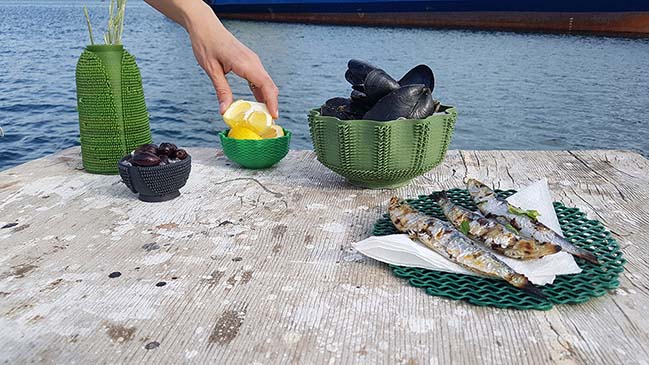 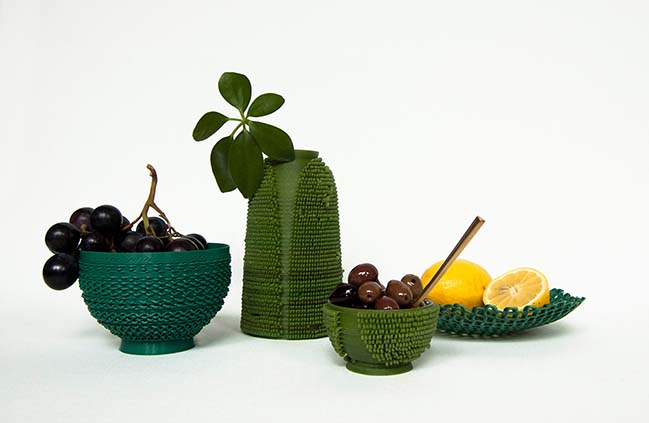 Project's description: The project began in Greece, where The New Raw worked hand-in-hand with local fishermen and divers to collect discarded synthetic fishing nets, also known as ghost nets. Considered to be the deadliest ocean debris and a major environmental threat, these nets remain on the seabed for years, trapping fish, mammals and other sea creatures. 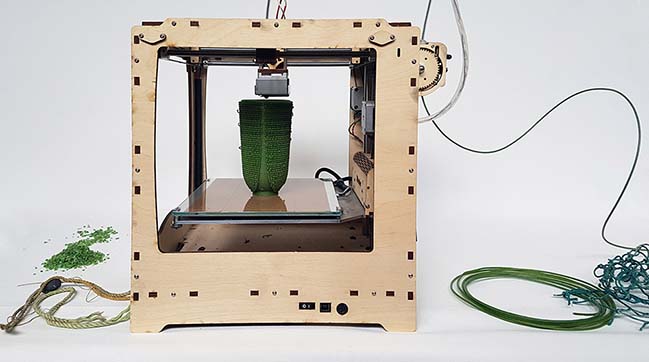 Second Nature seeks to make a change by transforming deadly ghost nets into a series of digitally crafted seashells that symbolize marine beauty and cleanness, and a collection of objects produced by means of 3D printing technology. 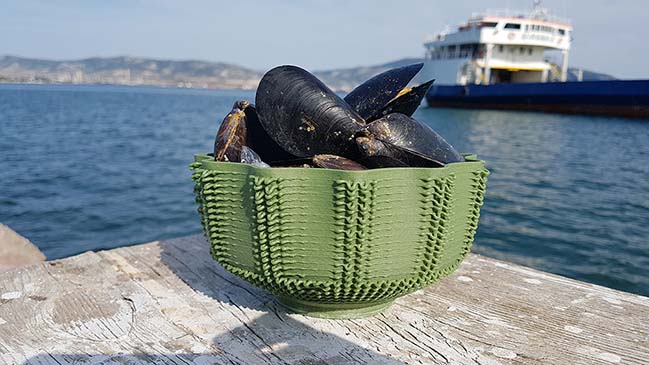 “Plastic is a major contributor to the pollution of the seas. However, living in urban regions, we tend to forget about our dependence on the sea, which is crucial to our food and oxygen supply. With Second Nature, we want to give plastic a second life” – say Panos Sakkas and Foteini Setaki, founders of The New Raw. 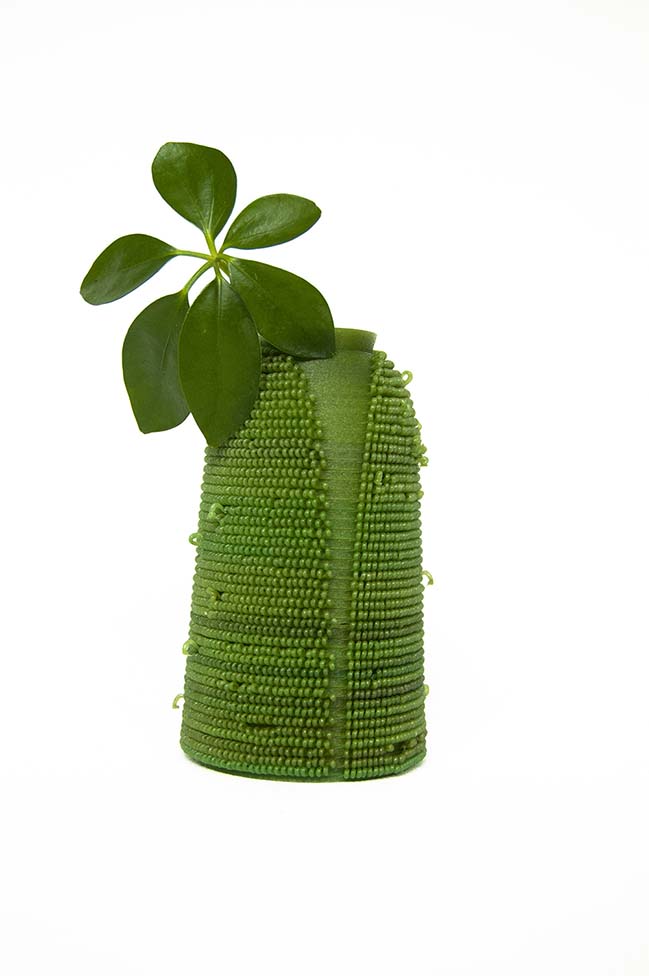 The designers were accompanied in their research by award-winning documentary filmmaker Daphne Matziaraki, who created a 10-minute short film that reveals how marine plastic can become the raw material for a new circular economy. The journey takes place in the small Greek village of Galaxidi, where The New Raw initially set up their mobile 3D-printing and recycling lab.

In order to transform the nets into raw material for the 3D-printing process, the designers classify the ghost nets according to different material types: nets, ropes, floaters and weights. As a next step, they are processed in the grinder and extruded into colourful and textured filaments for 3D-printing. 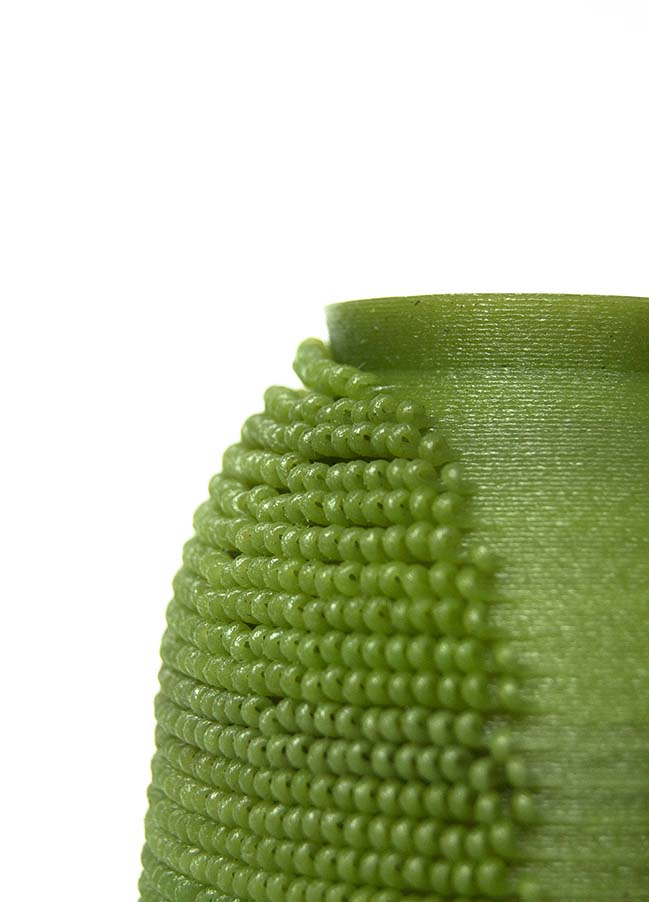 By nature, seashell geometry suits the layer-by-layer methods of 3D-printing technologies. Rather than replicating their natural shapes, the 3D-printed version represents their geographically displaced entity, and embodies current environmental challenges. 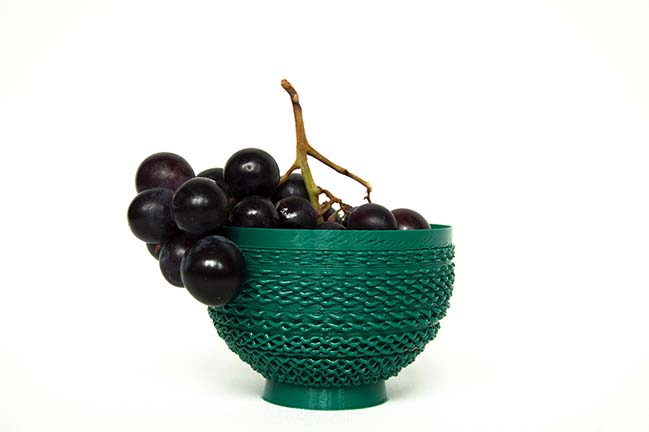 The project studied five edible species of Mediterranean seashells that are currently protected due to their intensive fishing: Mitra Zonata, Pecten Jacobeaus, Pinna Nobilis, Strombus Persicus, and Tonna Galea. The textured surfaces are inspired by natural patterns emerging on seashell external layer. In their Second Nature version they become structurally performative ornaments that reinforce the components. 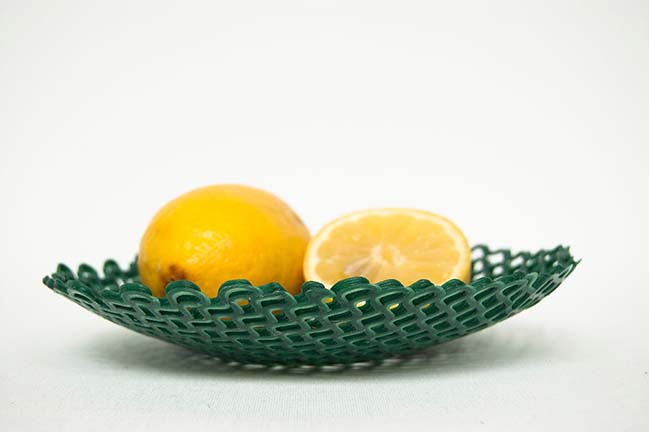 Moreover, The New Raw created a series of colourful tableware to spotlight the sustainability of the process and to connect users to this major environmental problem through the products’ narrative.

Second Nature is an ongoing research project. In summer 2019, a new collection of objects will be released. 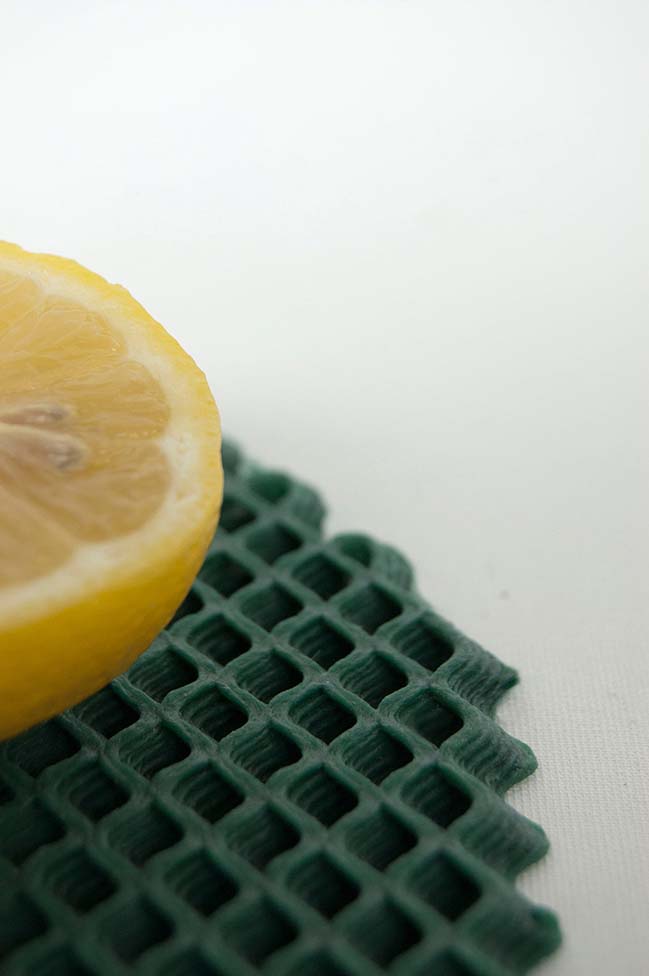 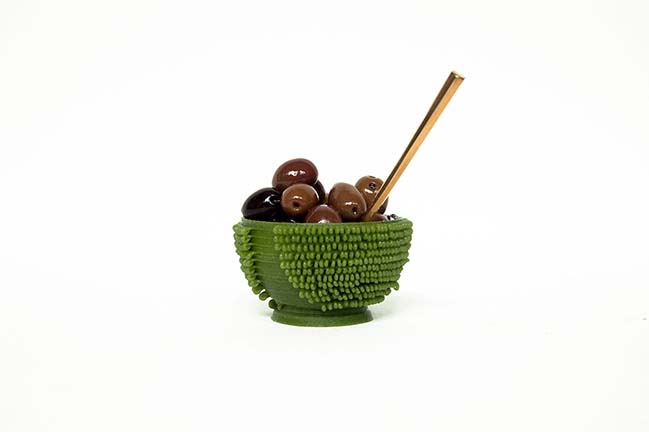 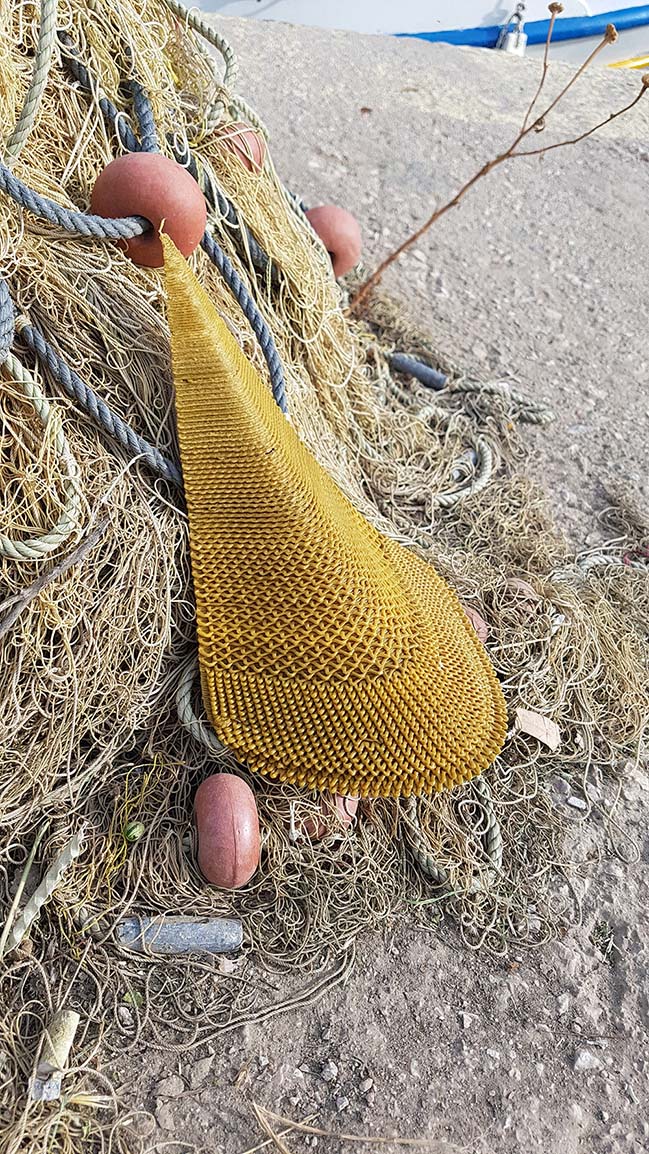 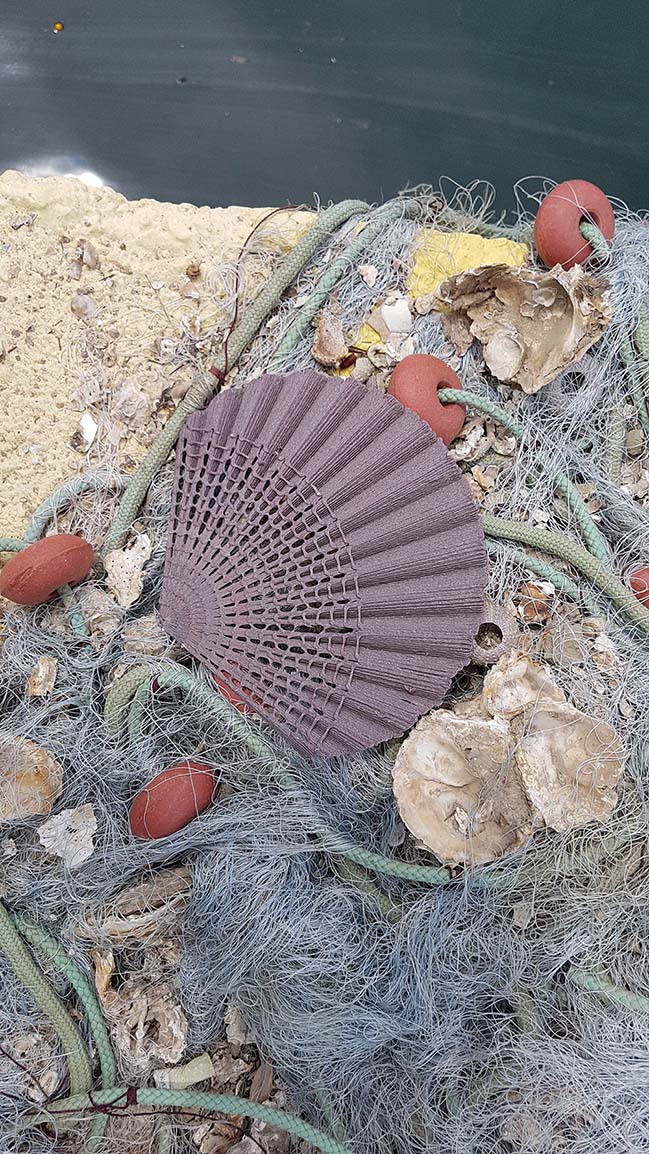 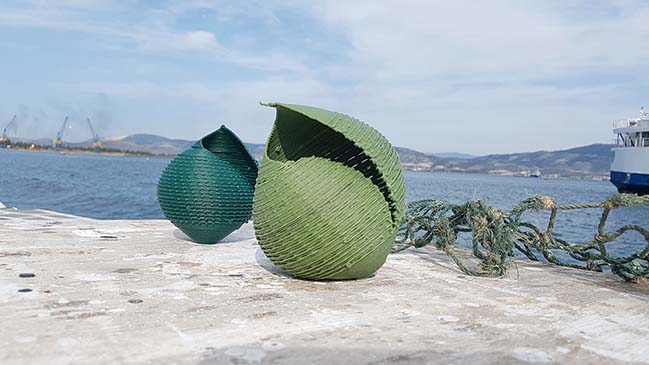 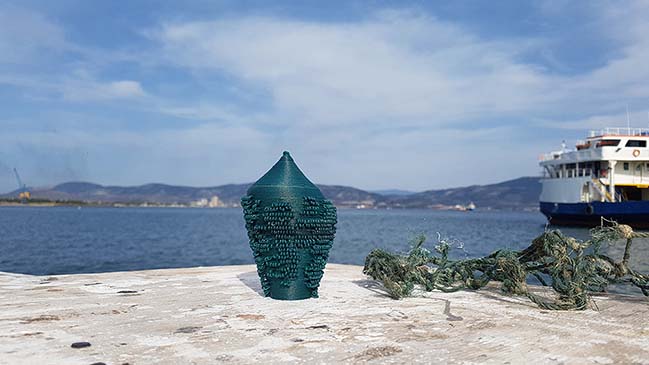 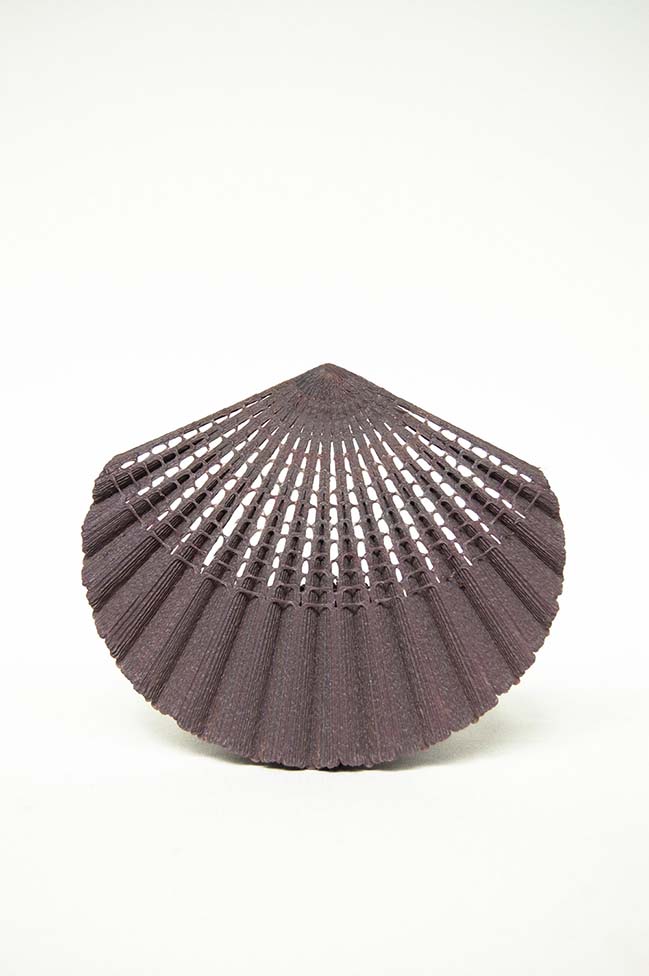 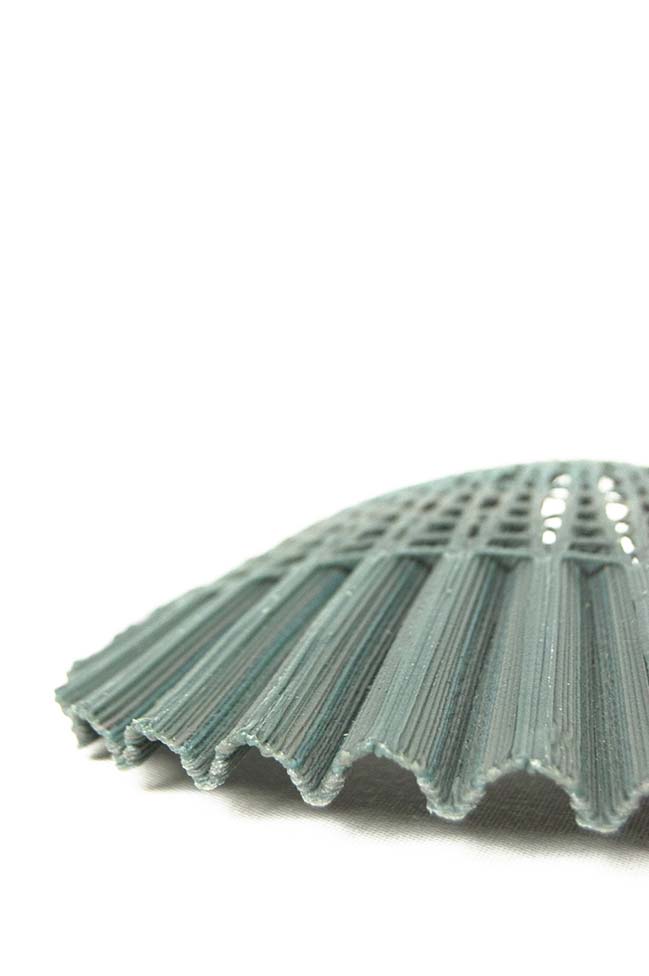 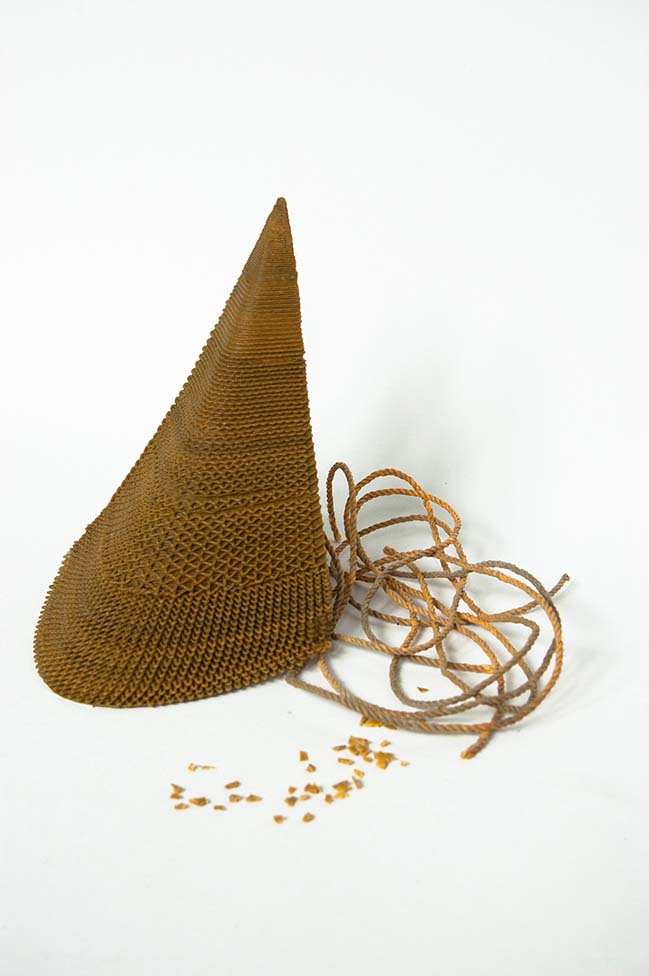 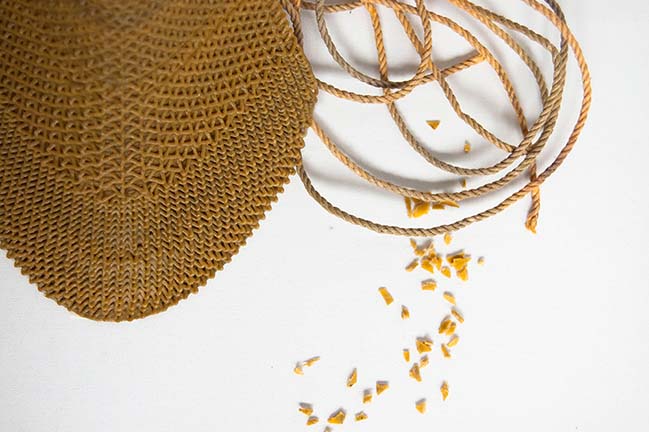 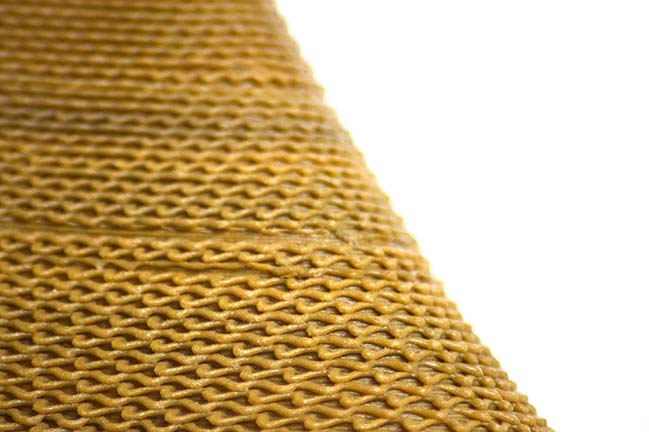 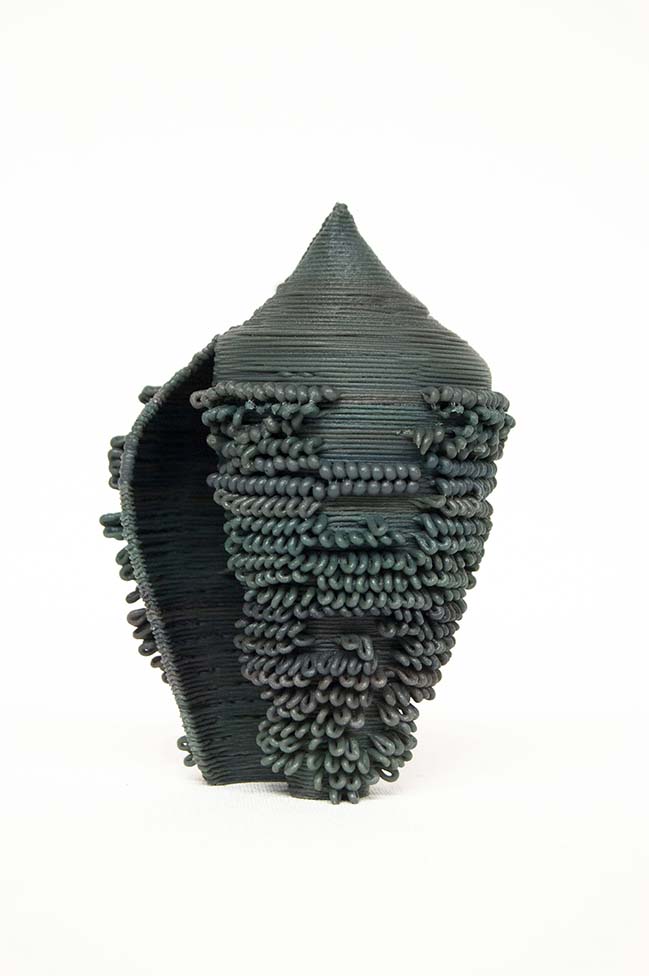 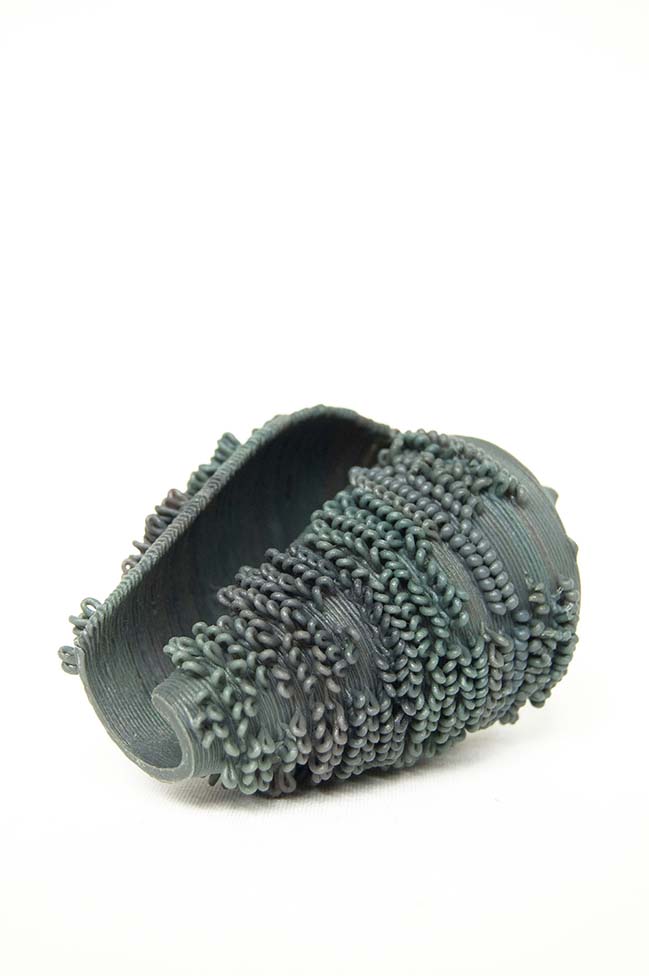 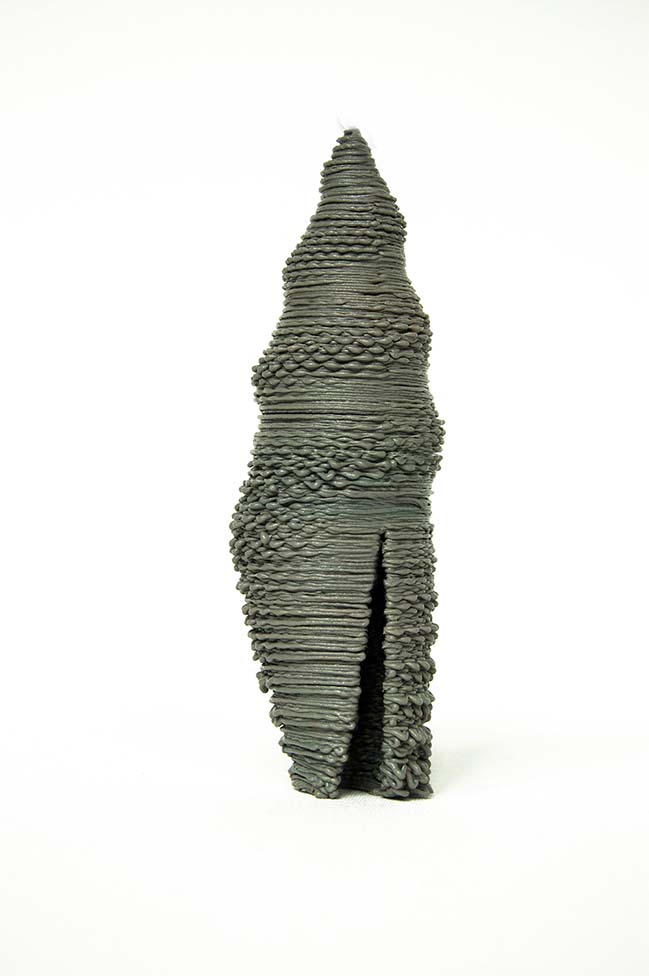 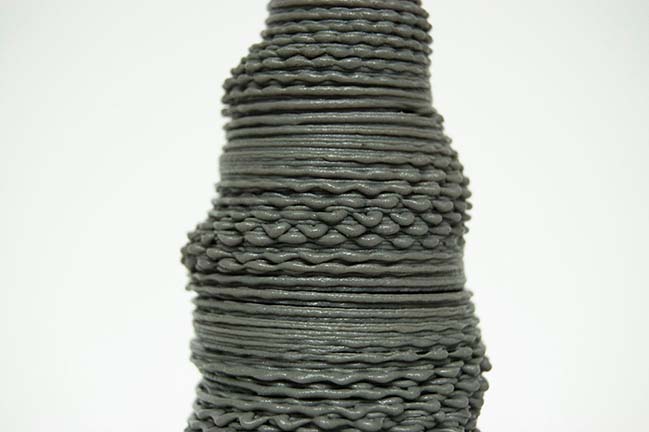 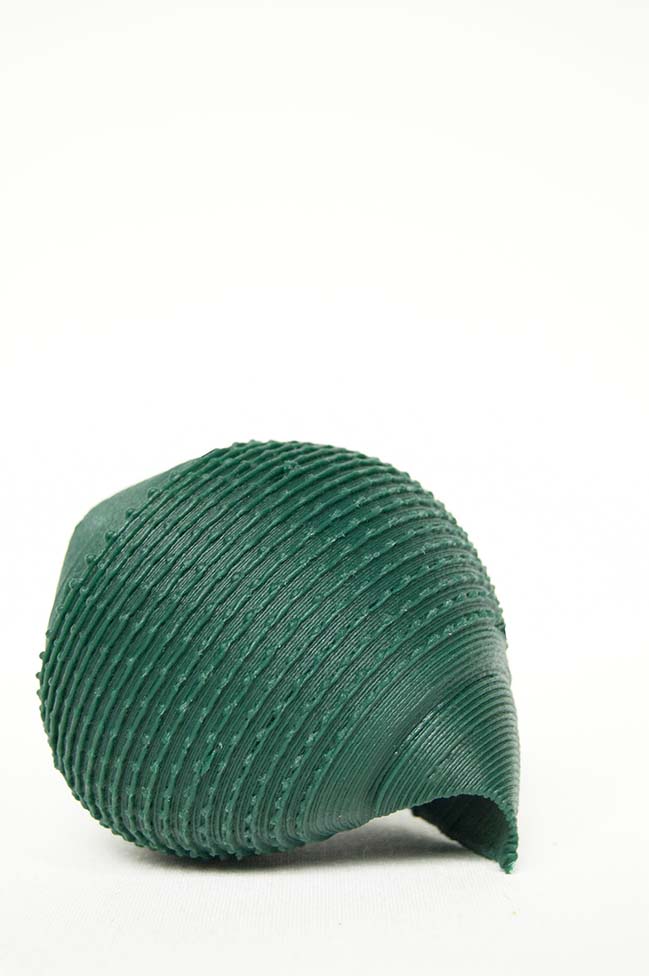 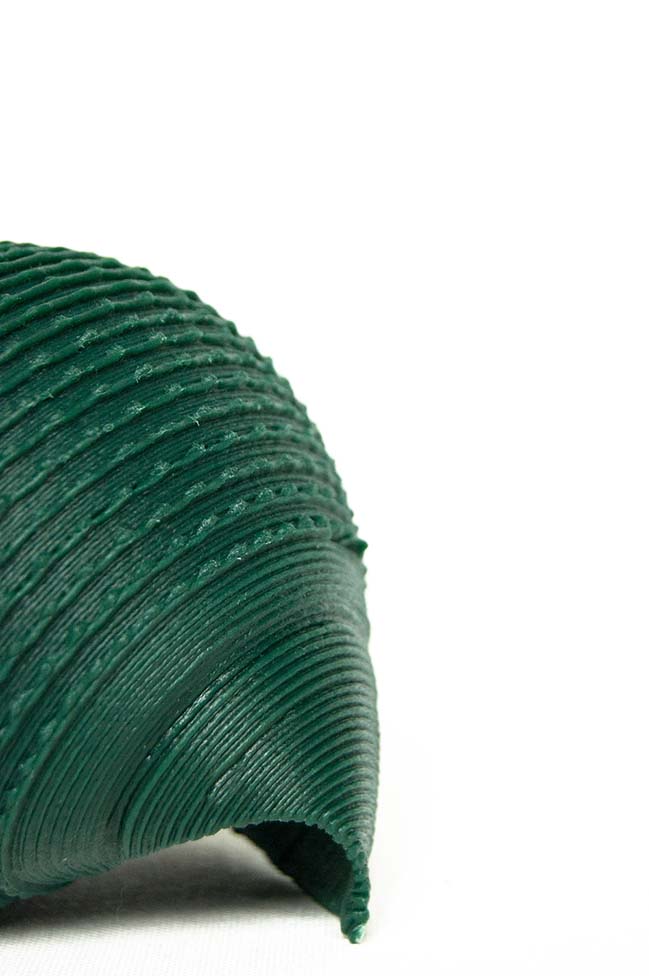