Tropical Pyramids is an amazing exploratory ideas that was designed by WY-TO Architects for future Asian city cores in order to create a balance between man and nature. 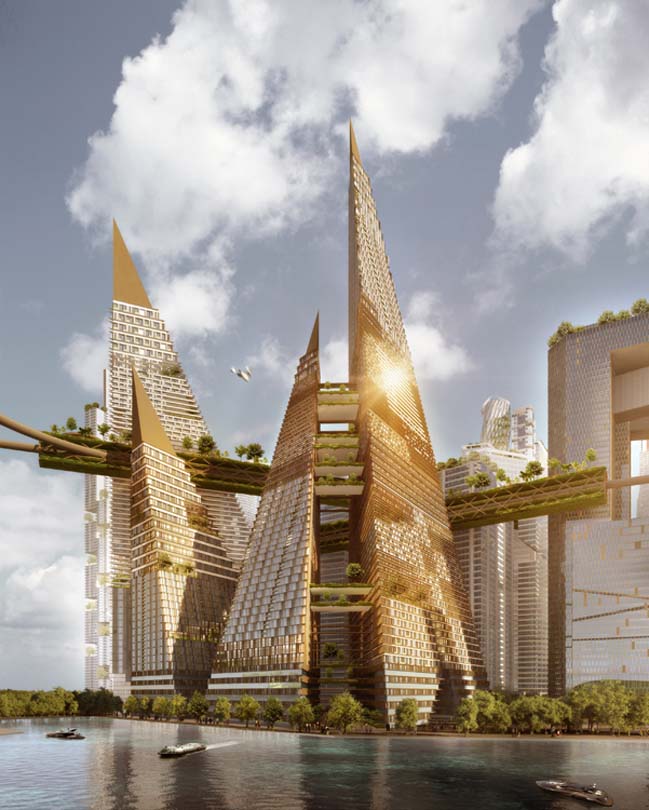 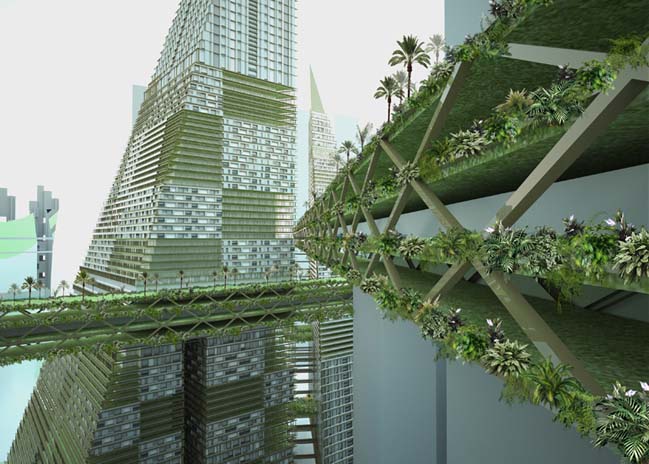 Follow the architects: As the world is becoming exponentially urbanized, the natural environment is shrinking. While green spaces remain crucial to balance the development and density of the cities. They provide passive energy adjustments, integrate nature into residents’ lives, and improve the health of the urban ensembles. 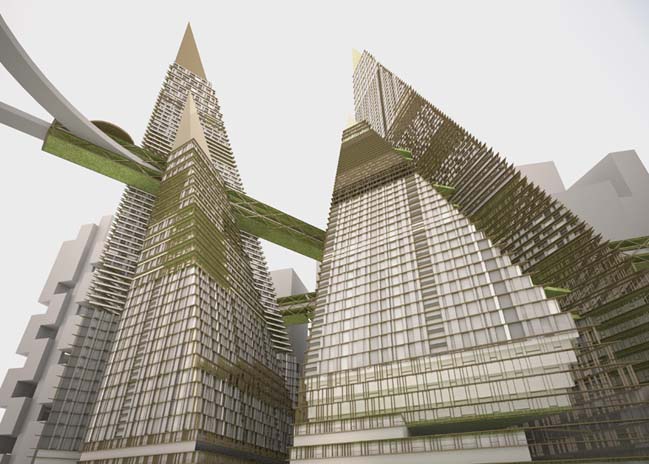 Shaped as a synthesis of urban integration and sustainability, the Tropical Pyramids exhibit the delicate balance between man and nature. For instance, the site stands at the crossroads of various circulation paths. From pedestrian routes to rail transit lines, these movements split the scheme into four parts to set up its general shape. They are then woven back together through a multi-level network of platforms. Public spaces are thus generated for interaction amongst the towers and the neighbouring buildings. 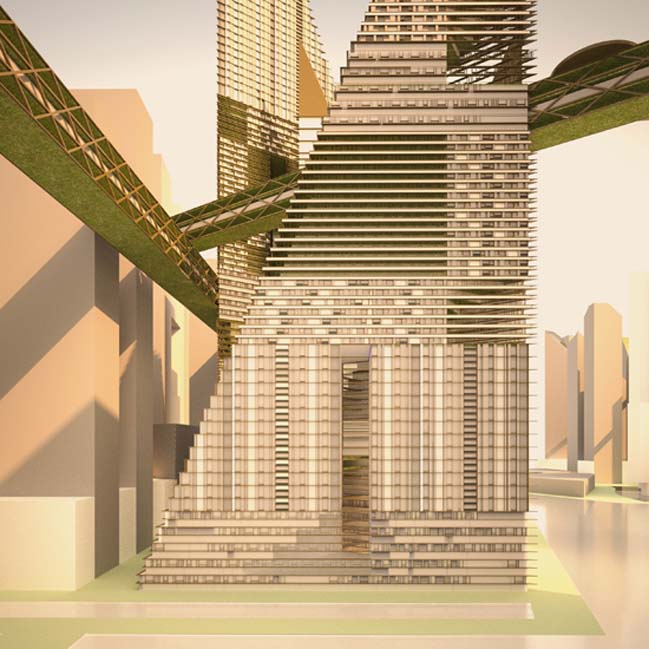 The tropical environment plays an equally important part in crafting the towers at every level. At the macro scale, the towers taper towards the sky to maximize wind penetration and reduce heat radiation. At the mezzo scale, strategic excavations form green intermediate spaces within the buildings. These cooler protected spaces are offered to the communities to take ownership of them. 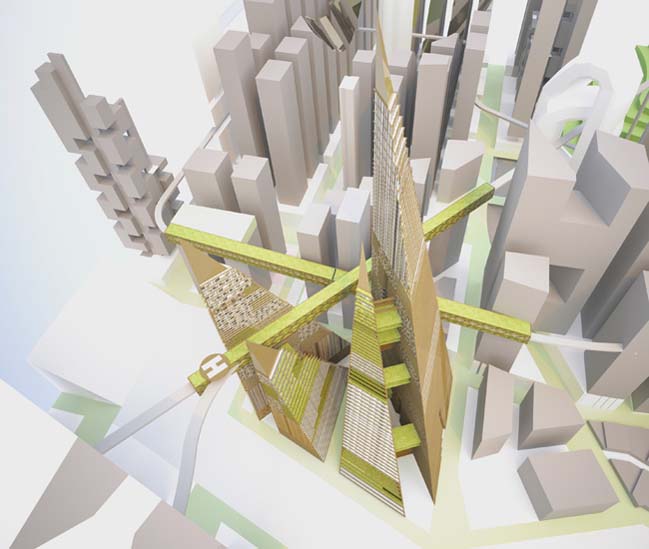 As the proposal carves away building mass, it encourages thickness of the skin. Indeed at the micro scale, the smart façade system provides both sun-shading device and ensure natural ventilation. In addition to this sustainable feature, users can easily customize the façade with the pre-fabricated components. By doing so, they imprint their identities onto the building, dispelling the anonymity that often characterizes a highly dense development. With this constant transformation, the building evolves as it ages, like a living organism.

Tropical Pyramids embodies a sustainable approach that re-enact architecture with nature and reunites people with their immediate environment, bringing the traditions of low-rise architecture into the vertical metropolises of the future. 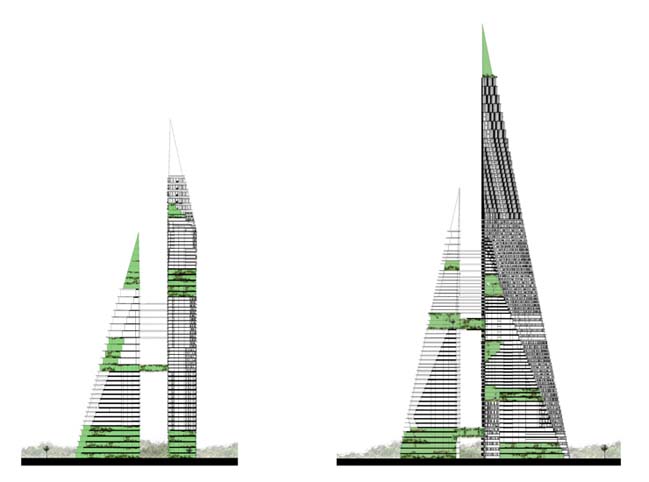 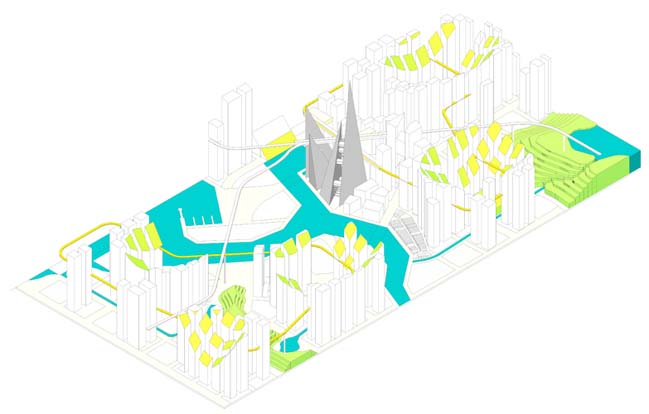 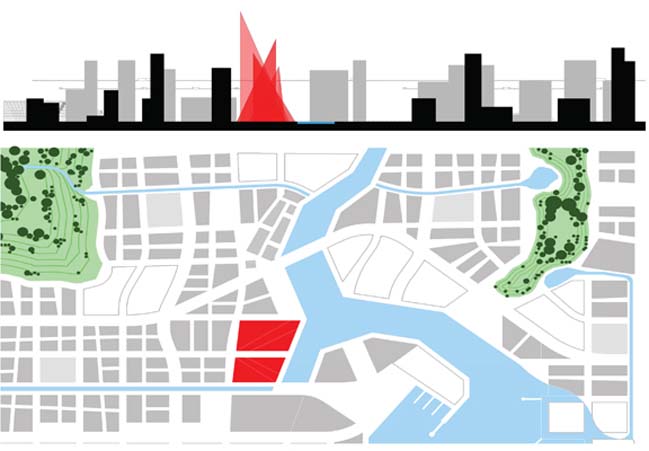 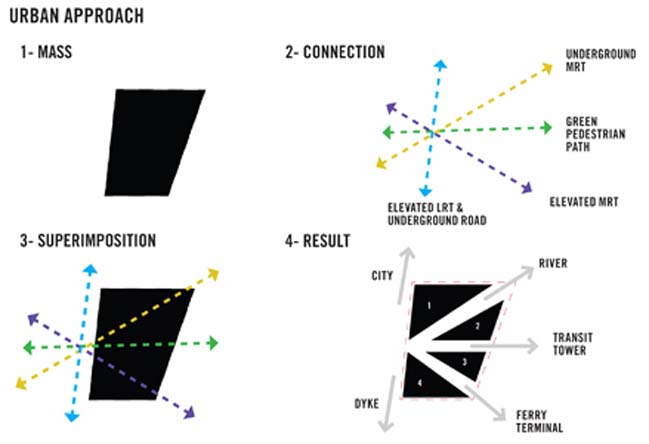