Designed by the international architectural firm Henning Larsen Architects, Vinge City will be the largest urban development project in Denmark.

Follow the architects: The masterplan for Vinge revolves around the core tenets of diversity and sustainability and connects to its surroundings via a new S-train station situated between Frederikssund and Ølstykke. The new city forms part of an urban development plan for greater Copenhagen, which emphasises the integration of green spaces within defined urban areas.

Vinge is situated in an open, rural landscape, and a primary design goal has been to bring the surrounding scenery into the new city. Green areas within the urban context create breathing spaces, add a recreational dimension to the city — such as playing fields, urban parks and wetlands — and ensure nature’s enduring presence in the city. The buildings in the inner city are organised as small neighbourhoods and relate to the planned green spaces and surrounding landscape. The architecture is diverse, offering a variety of different residential typologies to meet different needs. Vinge will be a city for families, the young and the elderly, companies and visitors.

Vinge Station is planned as a transit hub, forming part of a vibrant city centre which is reinforced by a tall and dense built environment.

The easy accessibility to Vinge through public transport will increase its overall attractiveness, motivating businesses to establish in either the city centre or in the business area just north of the centre. From the high-density environment of the city centre, the architecture gradually transitions to lower, more open building typologies, scaling down the building stock towards the surrounding open landscape. 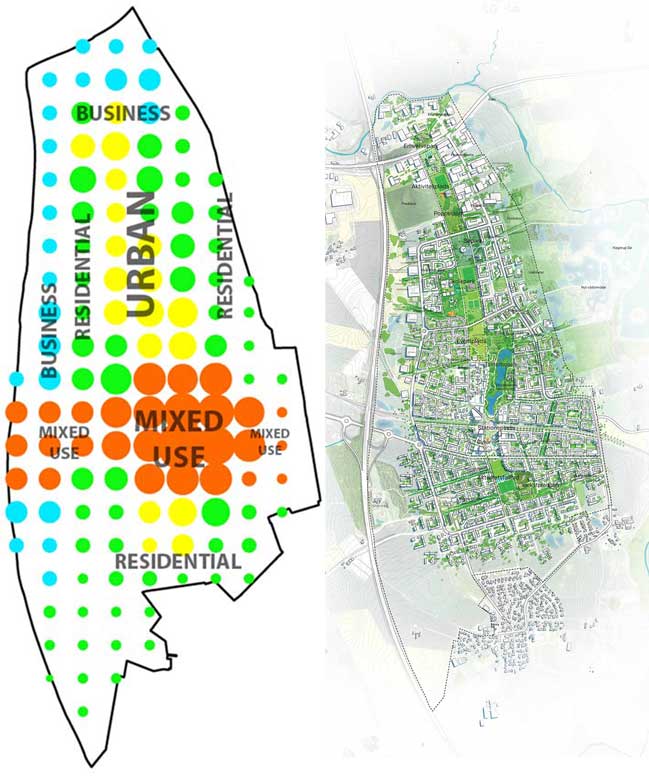 08 / 08 / 2016 Designed by the international architectural firm Henning Larsen Architects, Vinge City will be the largest urban development project in Denmark