Rublyovo-Arkhangelskoye will include new homes for 66,500 residents in addition to new schools, medical clinics, transport infrastructure and shopping districts, as well as new civic and cultural institutions. The neighbourhood will also accommodate 800,000 square metres of office space for Moscow’s growing financial, consulting, legal and auditing sectors.

In total, 4 million square metres of new buildings will be developed in Rublyovo-Arkhangelskoye over 460 hectares to the west of Moscow. A third of the neighbourhood will be parklands and forest bordering the Moscow River with a  30-hectare lake at its centre.

With Moscow’s population increasing by more than 3 million people (over 30%) to 12.4 million in the past 20 years, Rublyovo-Arkhangelskoye is integral to accommodating the Russian capital’s continued growth without increasing congestion in the centre of the city. 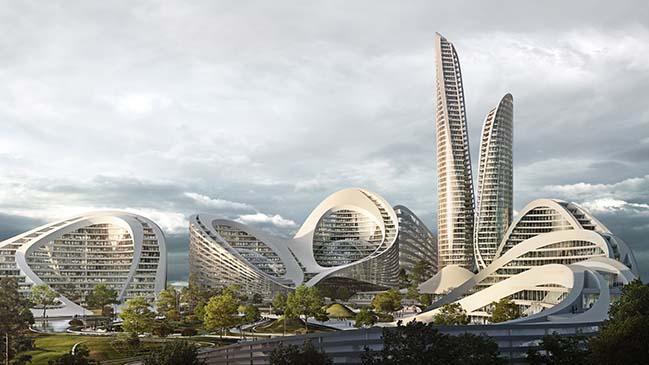 As an important new residential, employment, civic and cultural hub to the west of Moscow, a new 19km metro line is scheduled to begin construction in 2020 to connect Rublyovo-Arkhangelskoye with the Shelepikha interchange station of Moscow’s Metro system.

Rublyovo-Arkhangelskoye will be a global benchmark for smart, sustainable cities. Supported by the EDF Group’s platform for 3D simulations of energy and urban scenarios, the project will optimise the consumption and production of sustainable local energy sources while integrating electric mobility, new technologies, services and infrastructure to increase connectivity and efficiencies.

Zaha Hadid Architects’ proposal for Rublyovo-Arkhangelskoye is a phased development designed to enhance residents’ interactions with each other, with nature and with new technologies. 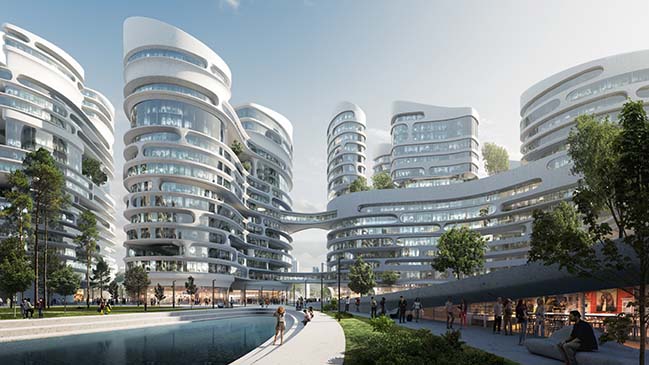 Founded on research and studies that conclude people’s well-being and happiness increases from greater interaction with their local community, the design creates a diverse ecology of spaces for living, working, education or leisure that encourage engagement and communication.

Smart technologies are embedded within the urban fabric of Rublyovo-Arkhangelskoye. Its design also enables residents and visitors to unwind with their families, friends and the natural world that permeates through the heart of the city; creating an urban environment of ecological technology that seamlessly integrates natural and human-made systems.

Christos Passas, project director at Zaha Hadid Architects, explained: “Working with specialist teams in Russia and Europe, we developed a people-centric design for a smart interconnected city that brings people together not only through innovative technology but also through organising the public realm; building a community that integrates the natural aspects of the site with principles of openness and inclusivity in high quality architecture suited for the 21st century.” 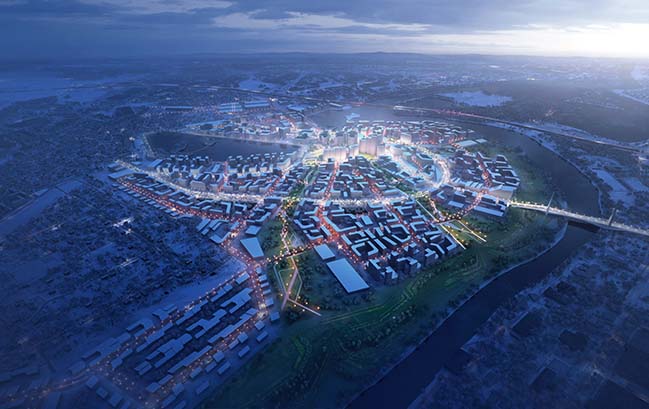 JSC Rublyovo-Arkhangelskoye will continue to work with the selected consortiums to develop the design and construct the new neighbourhood.

The competition jury included: Marat Khusnullin (Deputy Mayor of Moscow in the Government of Moscow for Urban Development and Construction), Stanislav Kuznetsov (Deputy Chairman of the Executive Board of Sberbank), Andrey Likhachev (CEO of JSC Rublyovo-Arkhangelskoye), Sergey Kuznetsov (Chief Architect of Moscow and Chairman of the Board of Architecture in Moscow), Kristin Feireiss (Founder of the independent Aedes Architecture Forum, member of the jury of the Pritzker Architecture Prize), Ingo Kanehl (Managing Director of ASTOC Architects and Planners), and Andreas Kipar (CEO of the Italian bureau of LAND Milano SRL). 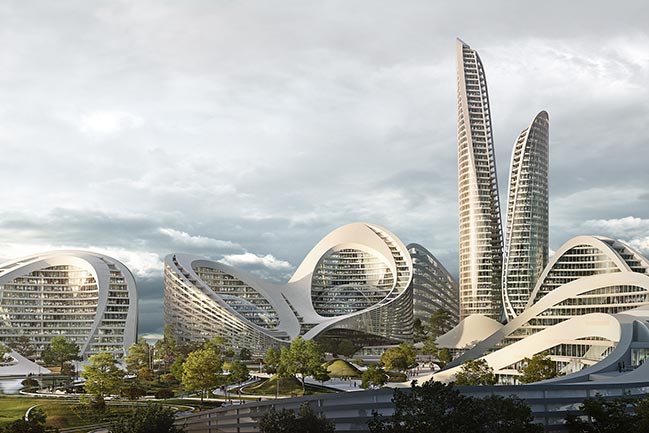