The house is set on the slopes of Vallcarca i Penitents, which belongs to the district of Gracia. The area is characterised by steep streets and narrow passageways, leading to houses that sit high above the city and enjoy distant views of Collserola. 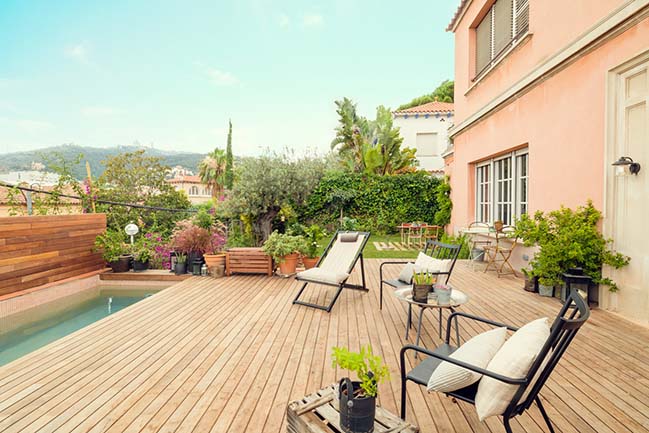 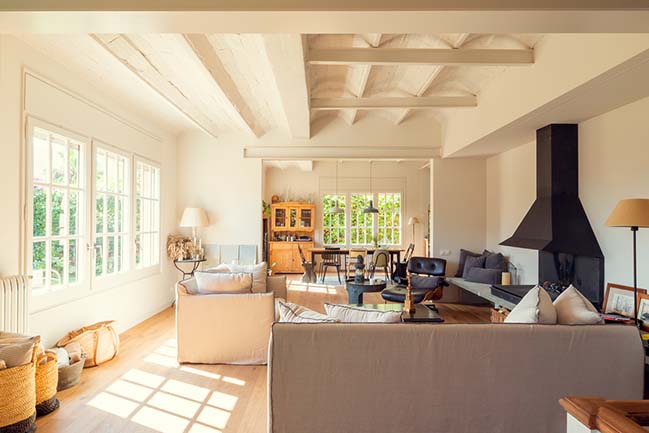 From the architect: This area is served by good transport links to the centre of Barcelona. However, due to the city’s layout and urban fabric, the house feels far removed from the hustle and bustle of the city centre. It is an isolated, detached house with all four facades surrounded by a garden. The original structure is crowned by a gabled roof. Later annexed spaces were added to the building to create a more complex volume. Finally, in the 1990s, further renovation work was carried out, in line with objectives and needs that are common to most of our projects. 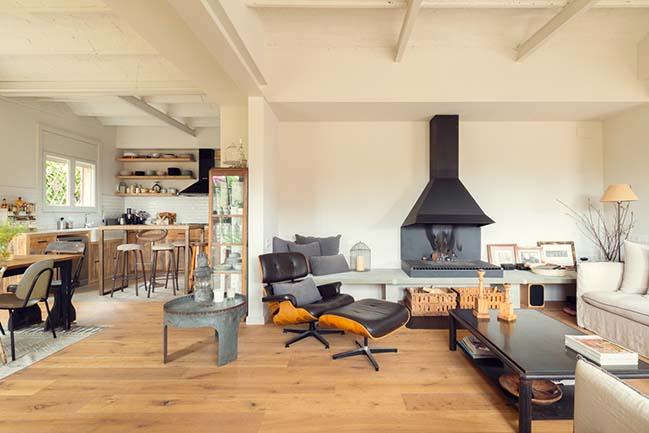 The existing design was based on a classic layout of common spaces, consisting of a foyer, an independent living room, a dining room and a kitchen closed off from the rest of the rooms. The separate spaces only connected to the central zone via a corridor. 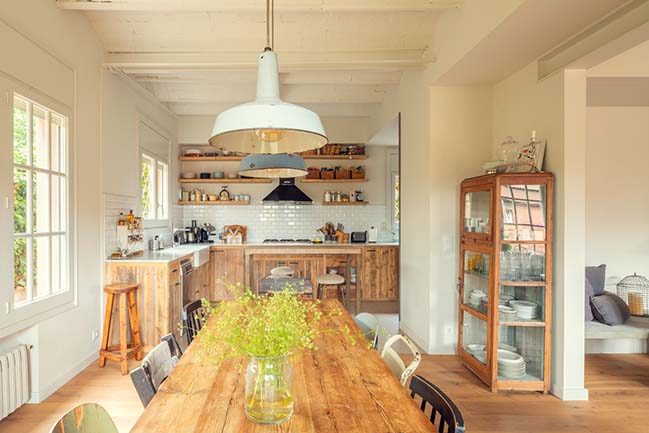 The basic structure of the house combines wooden trusses, beams, joists and vaults, which we were able to uncover. The first decision taken by the architects and owners was to expose the bare elements that make up the skeleton of the building. By doing so, we were able to showcase the evolution of the house, telling the story of its various expansions and modifications. 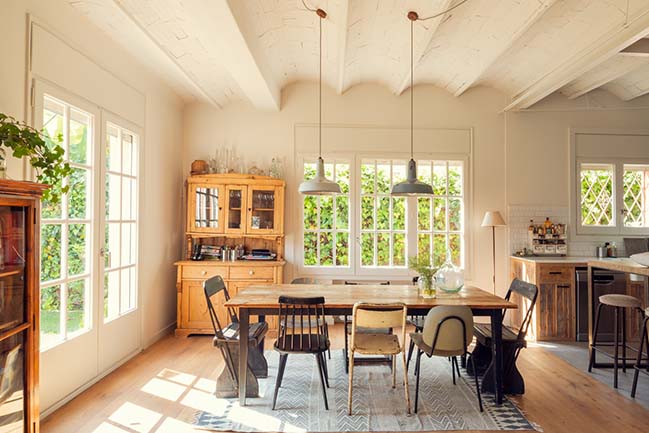 Renovation work took place throughout the building; the façades, roofing and garden areas were all restored. The general volume was maintained and, together with the owners, we decided to keep the main staircase in the same place. 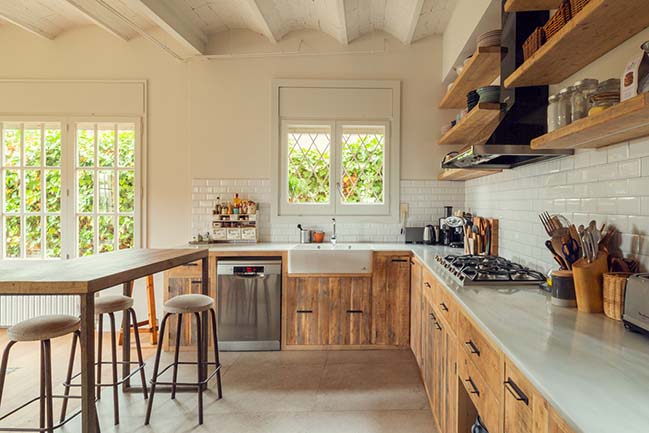 The owners were looking to transform the house into a comfortable home for their family. Somewhere that would allow the independent use of the secondary rooms and, at the same time, communal use of the main spaces overlooking the garden. 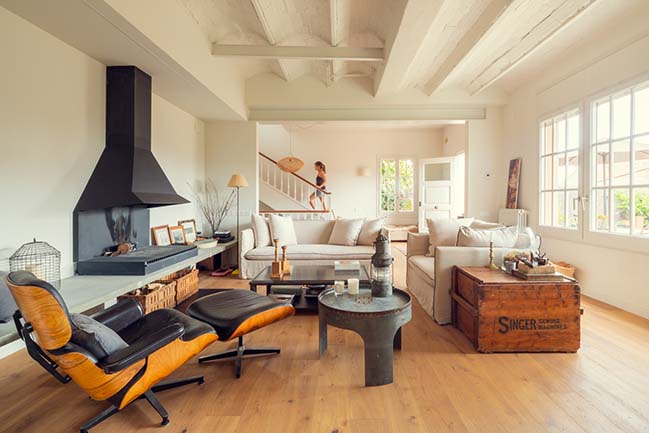 We made no change to the number of rooms in the house, but we did away with any secondary corridors and connections between the different rooms. This allowed us to enlarge the common space substantially. With the incorporation of the kitchen into the rest of the common space, the the penetration of natural light and interior transversal views were improved. 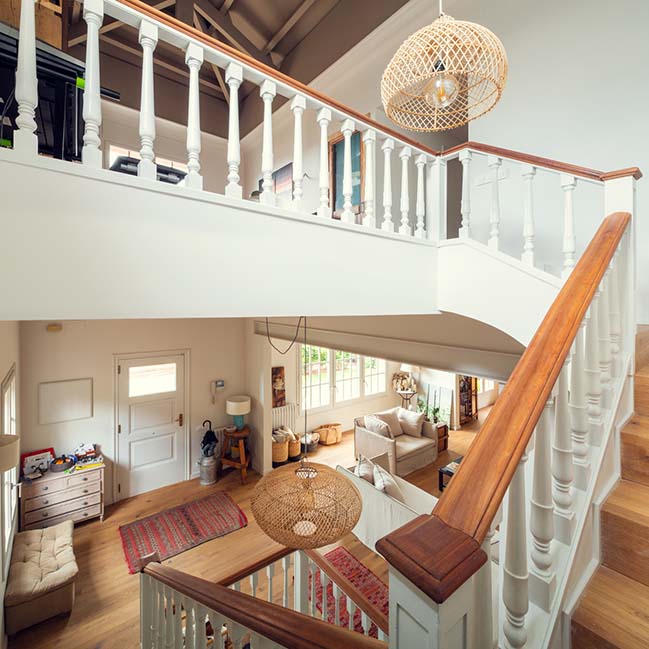 On the upper floor the bathrooms were updated. In the main bedroom the general organisation of the spaces was maintained, however, the wooden trusses enrich the room by essentially creating a space within a space. 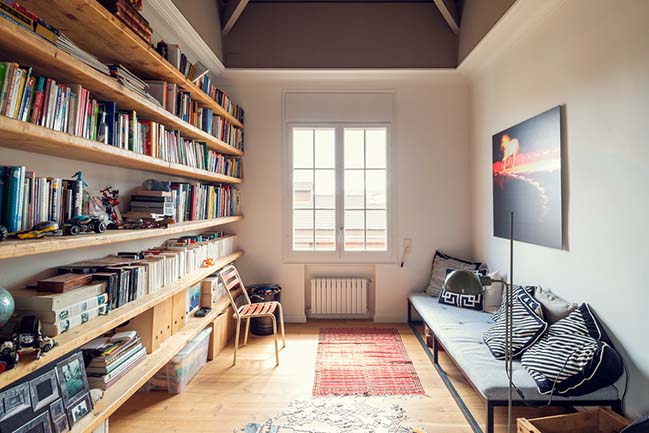 The result of the renovation is a house that responds to the functional needs of the new owner and proudly exhibits its original structure and gradual evolution. The multiple vistas over the lush, verdant garden, as well as its interior views, have been maximised, thereby enriching the relationship between the sequence of spaces throughout the house. 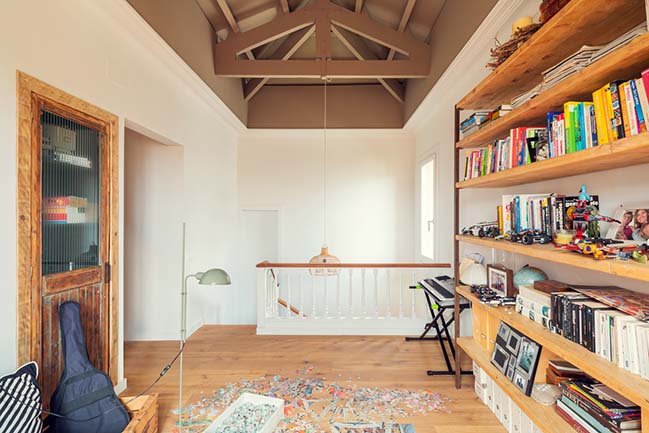 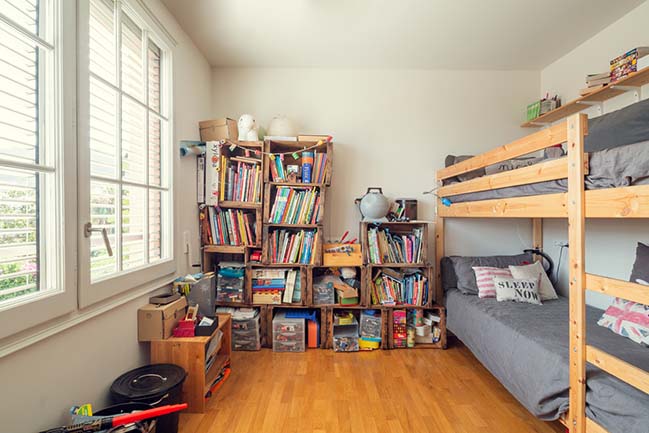 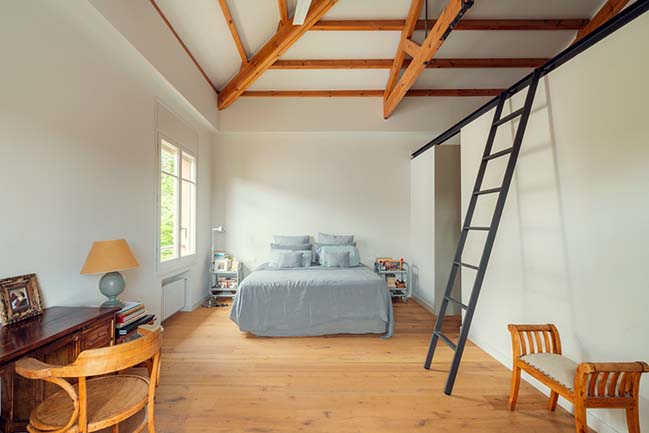 > You may also like: House of Mirrors by Nook Architects 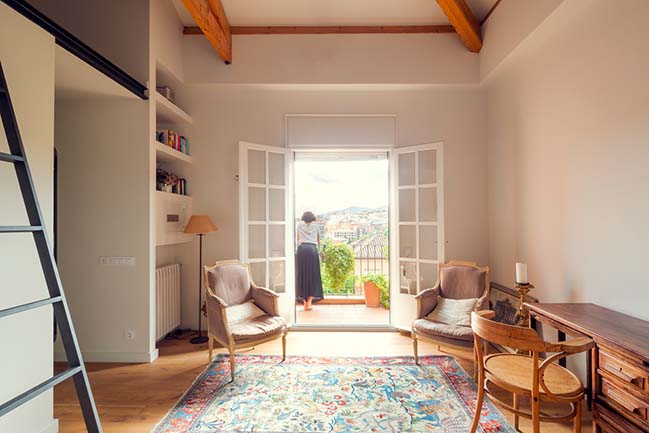 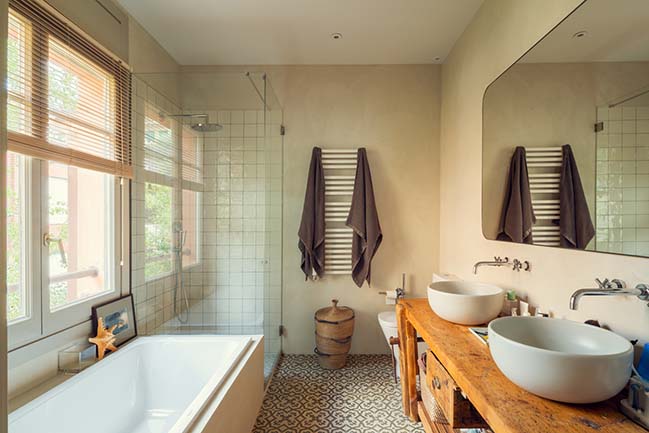 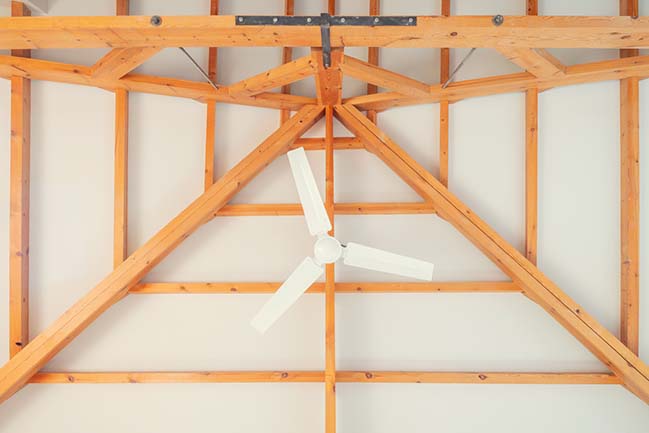 > You may also like: Apartment in Ciutat Vella by Nook Architects 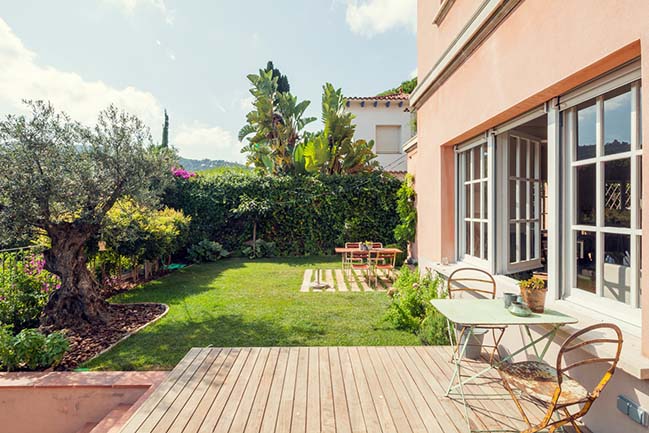 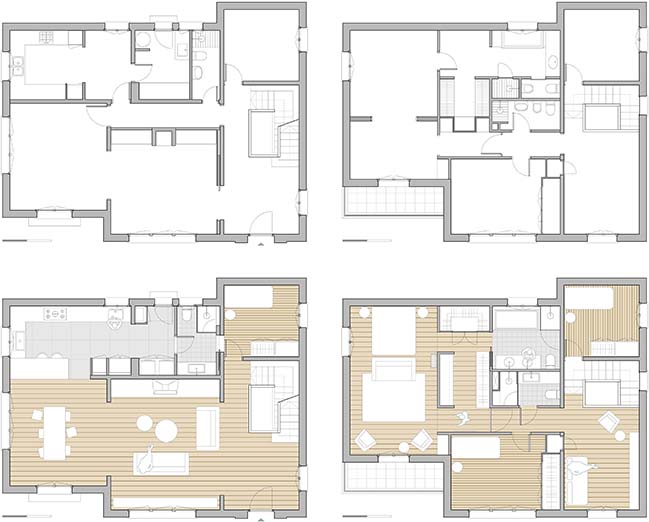 10 / 12 / 2018 The house is set on the slopes of Vallcarca i Penitents, which belongs to the district of Gracia. The area is characterised by steep streets and narrow passageways