Tailored design Lab renovated a 19-year-old apartment in Minami-Ikebukuro. The building is located in very convenient and busy neighborhood, which is a few minutes walk from one of biggest terminal station in Tokyo. 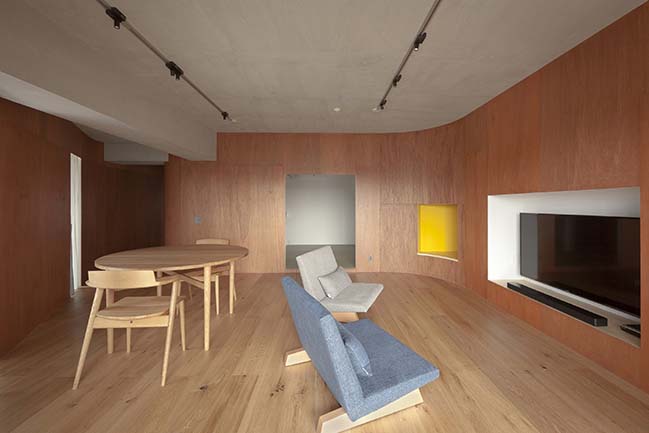 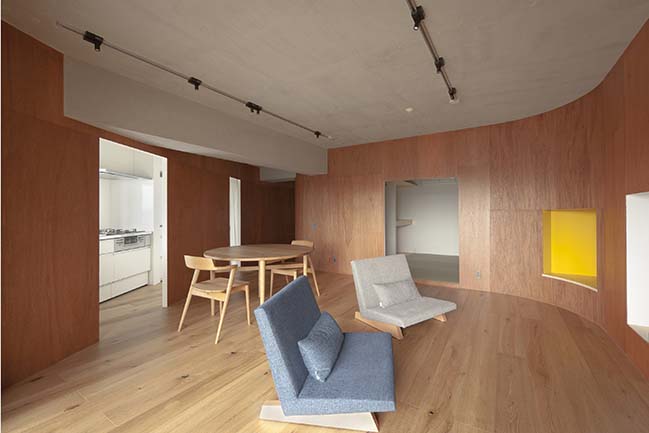 From the architect: The client is a young double-income couple, who wish to have a child in near future, however, they are currently pursuing their careers.  Because of such busy lifestyle, they need a space to relax at home. 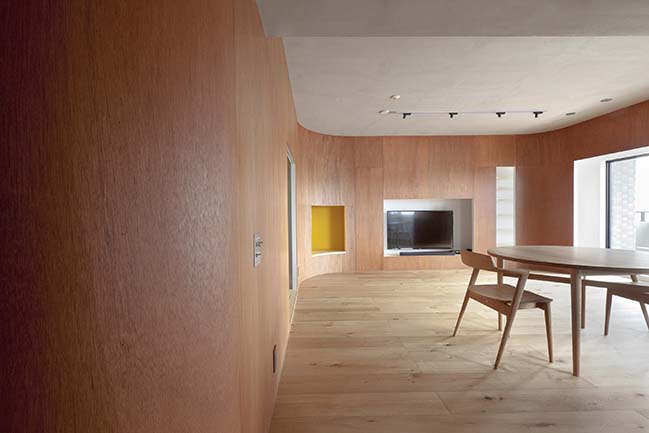 The apartment has three windows facing south, north and east, which is very privileged for central Tokyo, and thus we wanted to respect the view overlooking cityscape and Mt. Fuji, breeze and natural light. However, on the same walls, there were also items that we wanted to hide, such as sash, beams, and air conditioner. 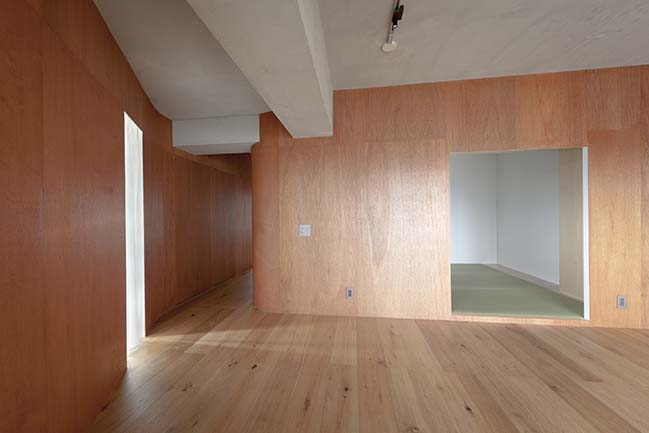 So we inserted a drape-like wall inside the existing building, and made "Alcove" which became spaces for a bedroom and kitchen etc. Then, we created openings like Proscenium arch for theater on the drape wall to dramatize everyday walking through the living room to the “Alcove”. By doing so, we could maintain a sense of unity as a whole living room while respecting indivisuality of bedroom and kitchen spaces. 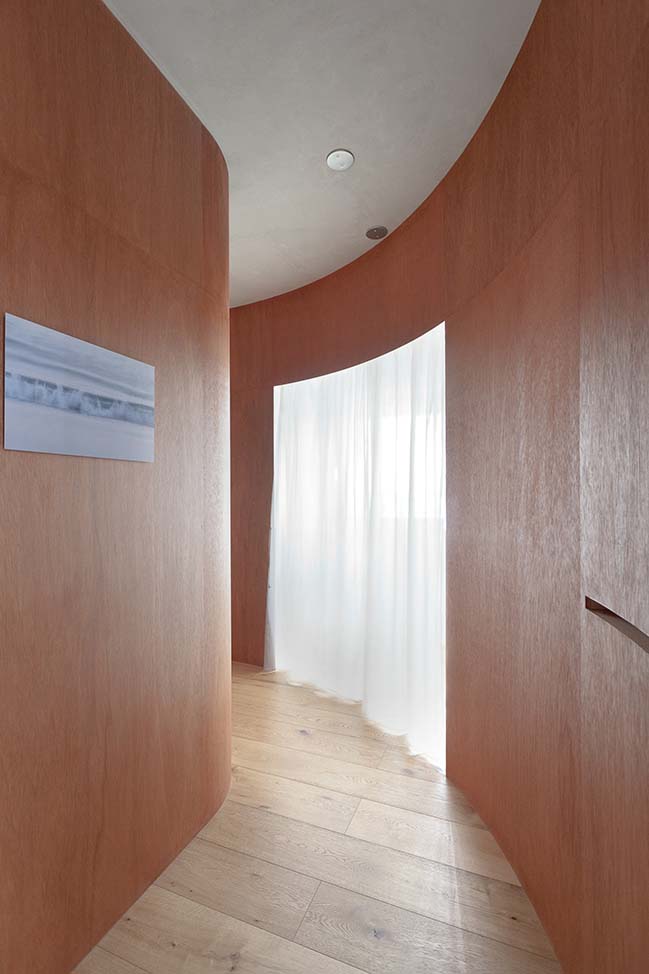 Inner side of "drape wall" is the central place for living, and the necessary functions such as kitchen, workspace, bedroom and future child's room are allocated in the “Alcove”. Looking through the arches of the drape wall, even miscellaneous household goods can be seen as props in the play that makes life colorful. 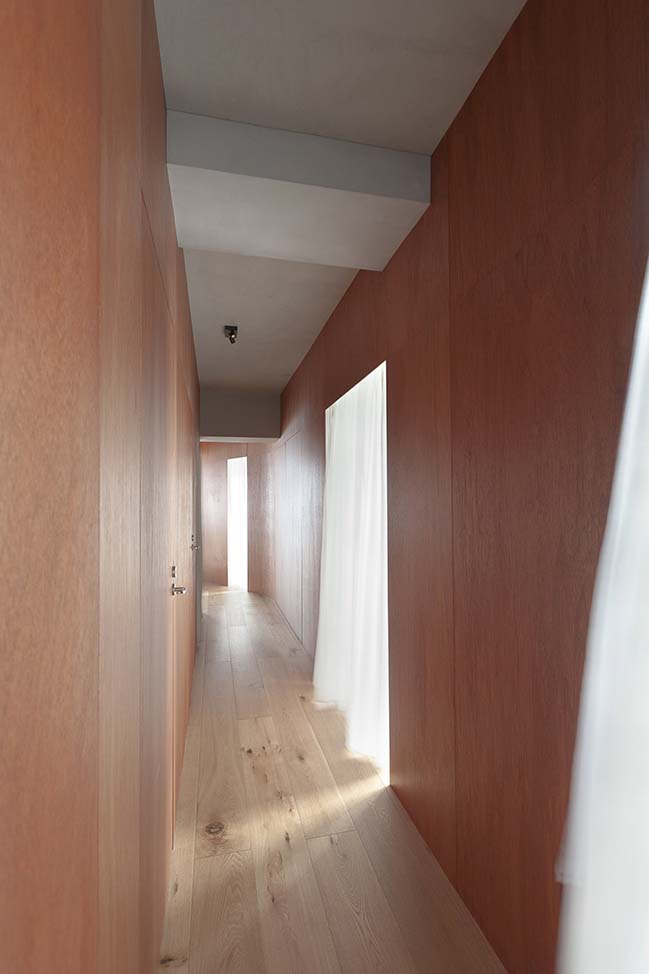 Everyday vibes in the Alcove is transmitted from small arches to the whole, as if the play performed on the stage is conveyed to the audience seating. The light from the windows also spreads reflecting the color inside the alcohol. 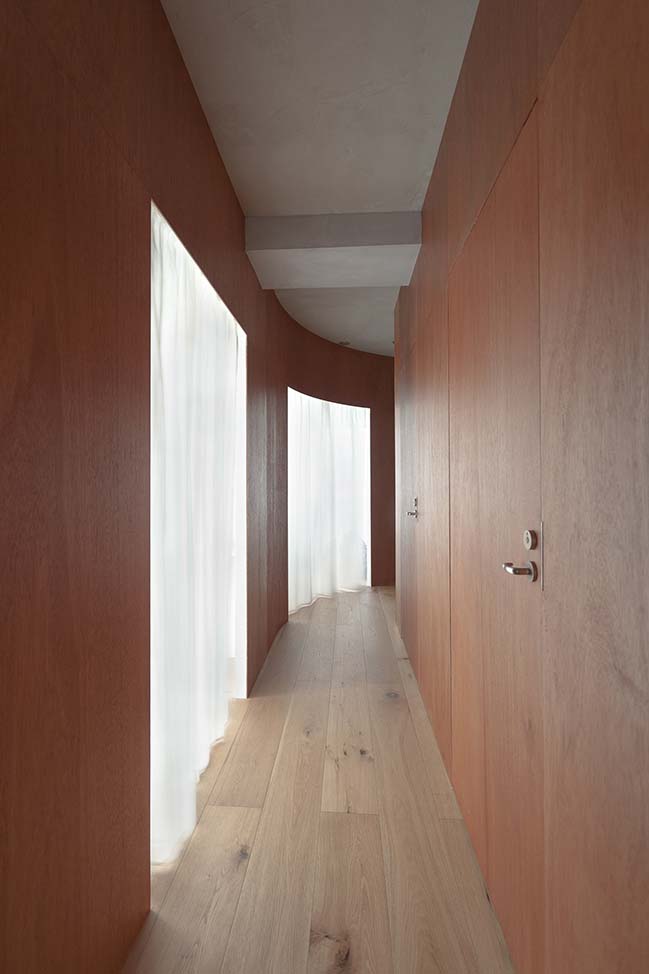 For a busy working couple, this space where you can always feel each other while having your own time and space will enrich their new life in central Tokyo. 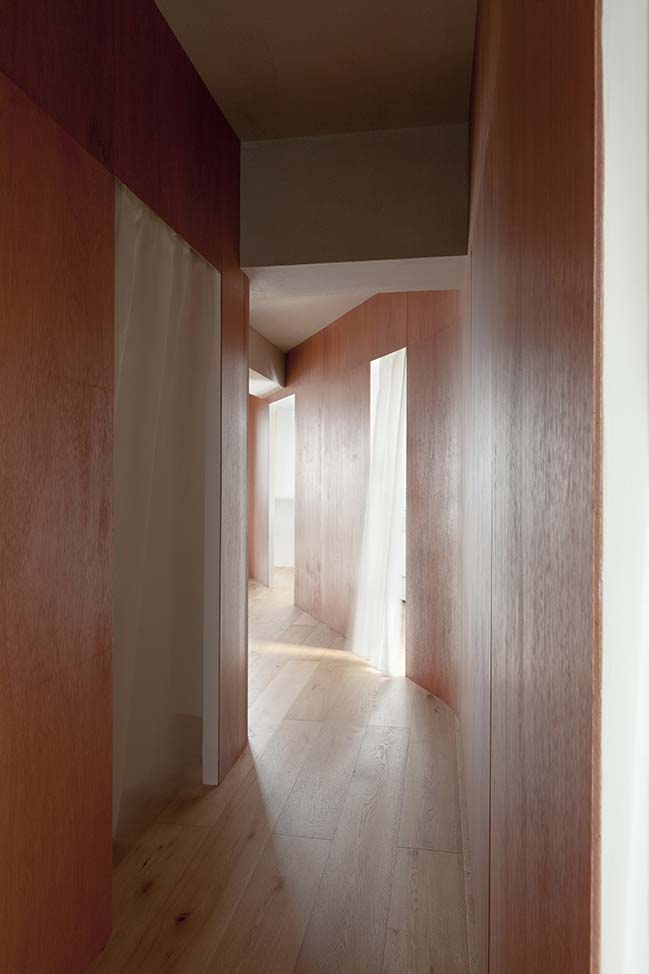 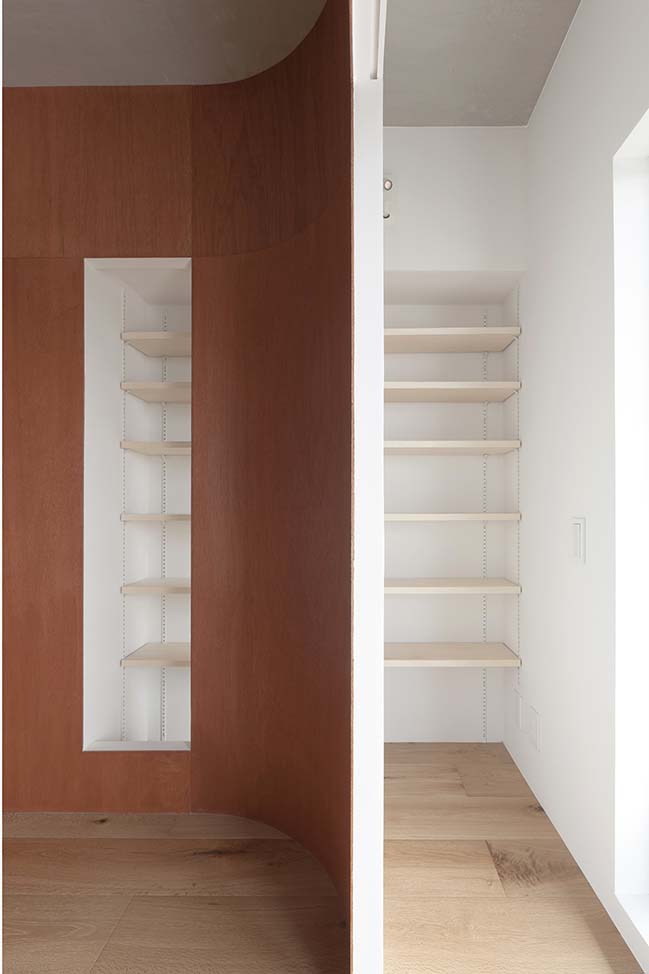 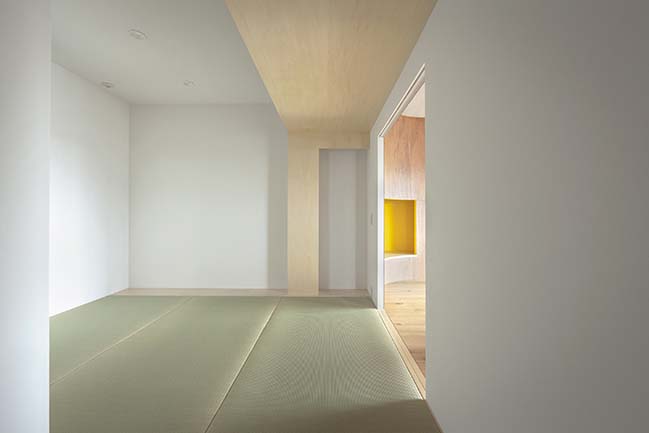 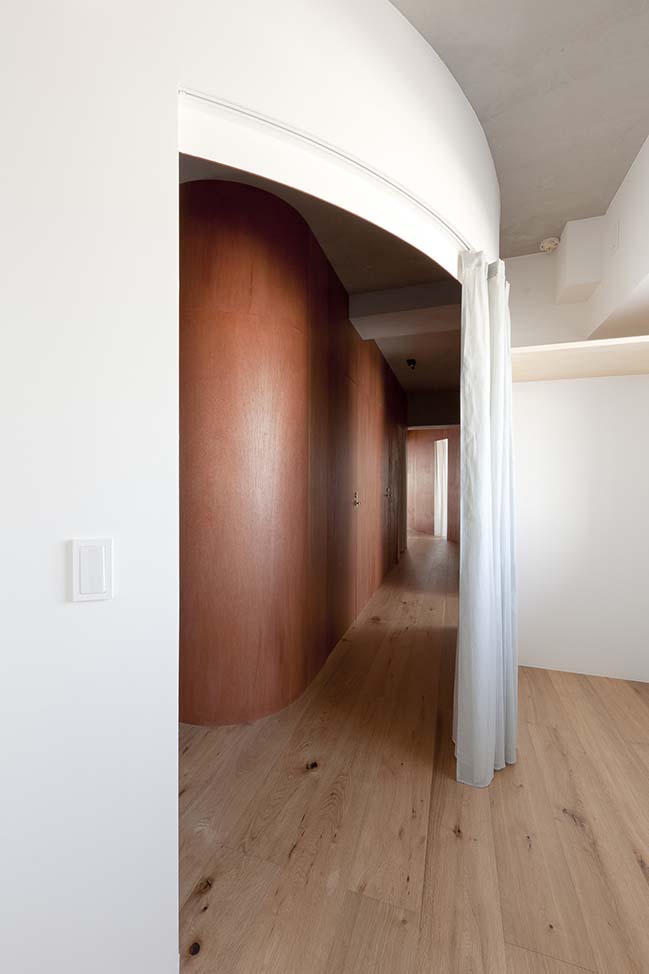 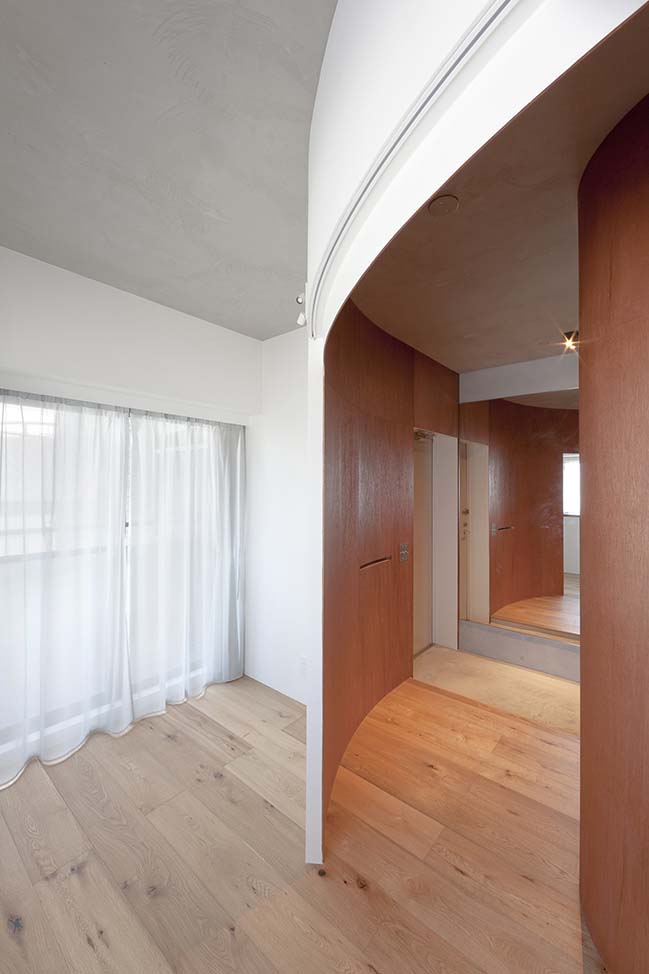 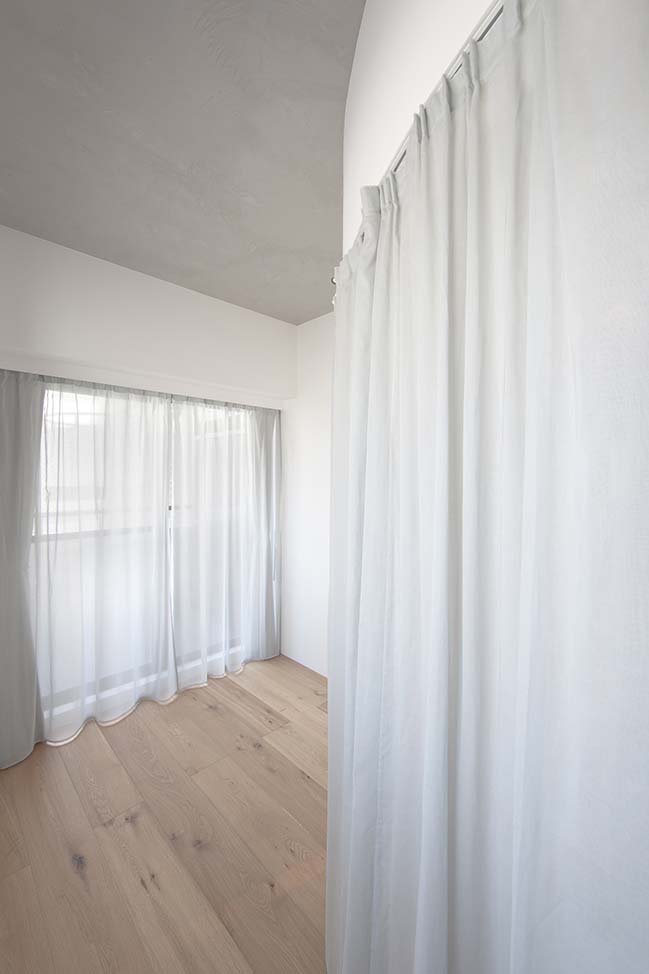 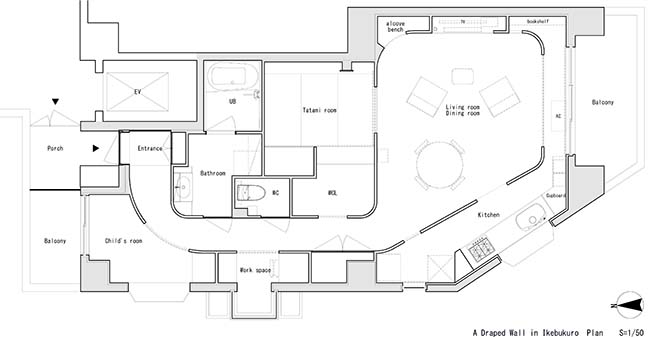 04 / 20 / 2018 Tailored design Lab renovated a 19-year-old apartment in Minami-Ikebukuro. The building is located in very convenient and busy neighborhood...