The existing apartment, which was inherited by the clients, kept the original design, with a layout characterised by sucupira floors and arch-shaped dark wooden doors and compartmentalized spaces. All these elements translated into a dark space, despite the sizeable existing spans. 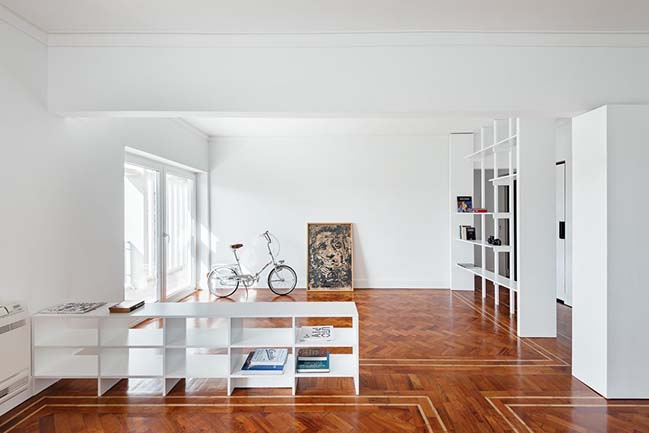 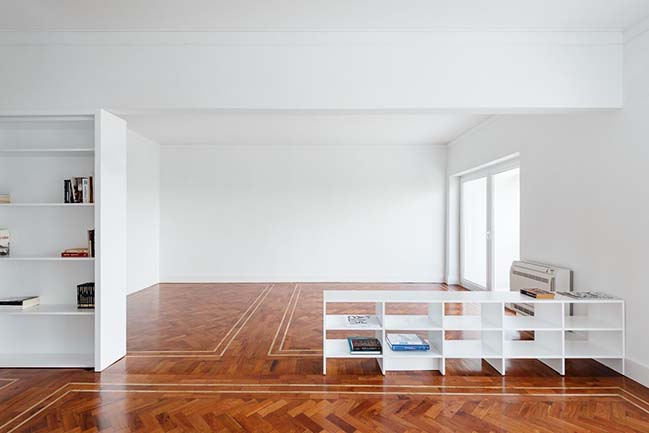 From the architect: The first objective was to eliminate the existing doors and the opening up of spaces, as well as the natural lighting of the spaces. The premises were to create communicating, fluid spaces with a present-day design. 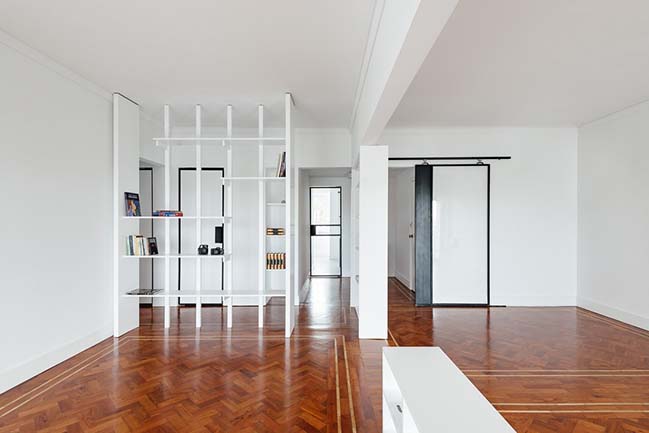 For this purpose, some walls were torn down in order to develop a wider relation between the social areas: hall, kitchen, living room and dining room. The beams resulting from the demolition of these walls were 60cm, and were therefore assumed as part of the design, dictating the height of the spans and of the carpentry. On the other hand, the spans in the living room and in the dining-room were “ripped open” so as to be transformed into balcony windows instead of the hung windows, giving more light to this area and, consequently, to the hall and to the access to the bedrooms. 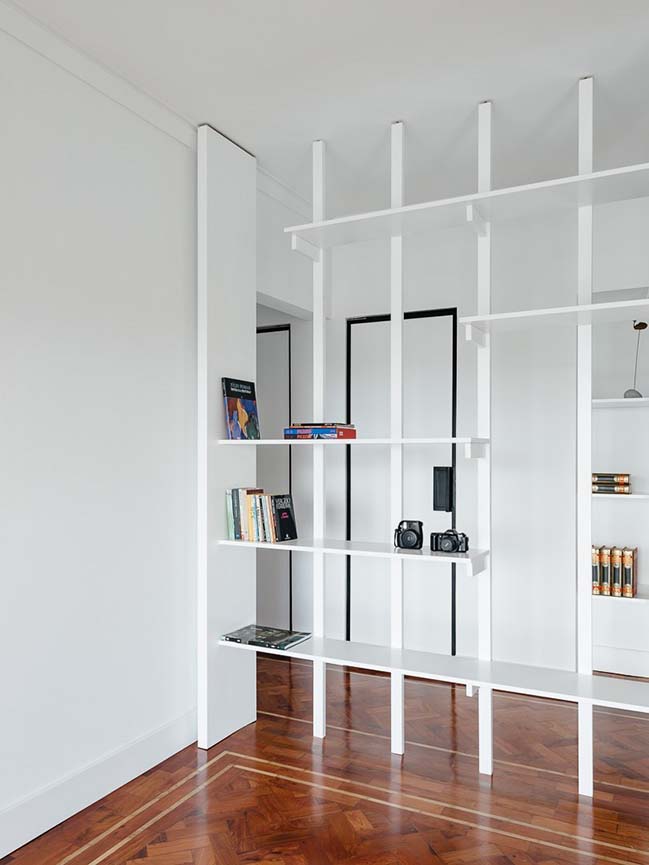 Despite the social areas being wide, the need was felt to organize the spaces, differentiating them in a certain way and creating a separation between the living space and the circulation space. This separation was designed with carpentry elements: two bookcases and a low TV table. One of the bookcases, totally opaque, creates the separation between the hall/dining room/living room. The other bookcase, totally transparent and made out solely by laths and shelves, differentiates the living room from the access to the bedrooms and the low furniture item separates the living area from the dining area. 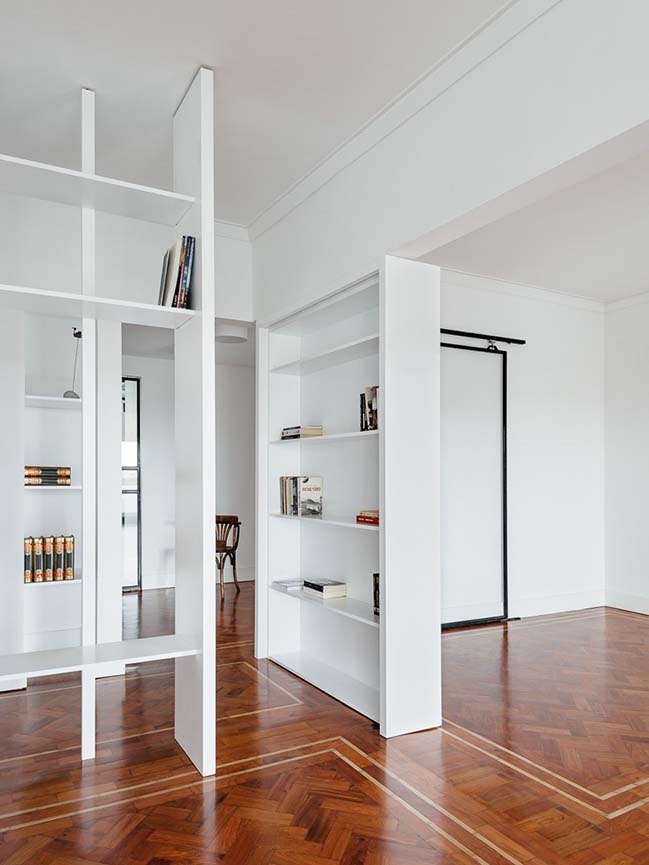 The entire wooden floor was recovered, as well as the existing closets. The doors were all designed and here, as well as in the kitchen, the iron element was introduced. Thus, the doors that give access to the social areas, such as the kitchen and dining room, are made up of iron and transparent glass, allowing for the light to get through, while the doors to the bedrooms and toilets are made of iron with white-lacquered mdf. 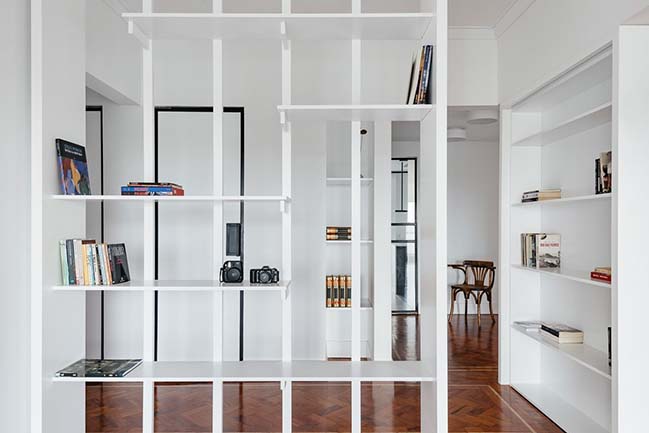 The original bedrooms were kept according to the design, but the largest bedroom was transformed into a suite and a closet was created (once more creating the transition to the sleeping space with carpentry. 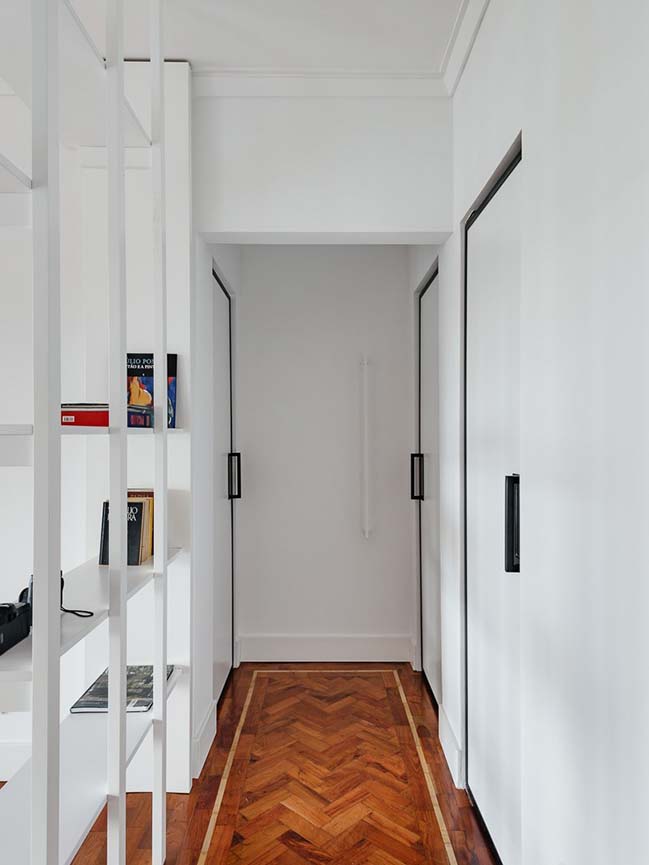 The kitchen, despite remaining with in the same space, resulted in a quite different design, with the creation of two preparation areas, one facing the existing window and the other shaped in a peninsula with a suspended iron shelf, and two high storage areas and a laundry area. Here the existing door handles were recovered and used. 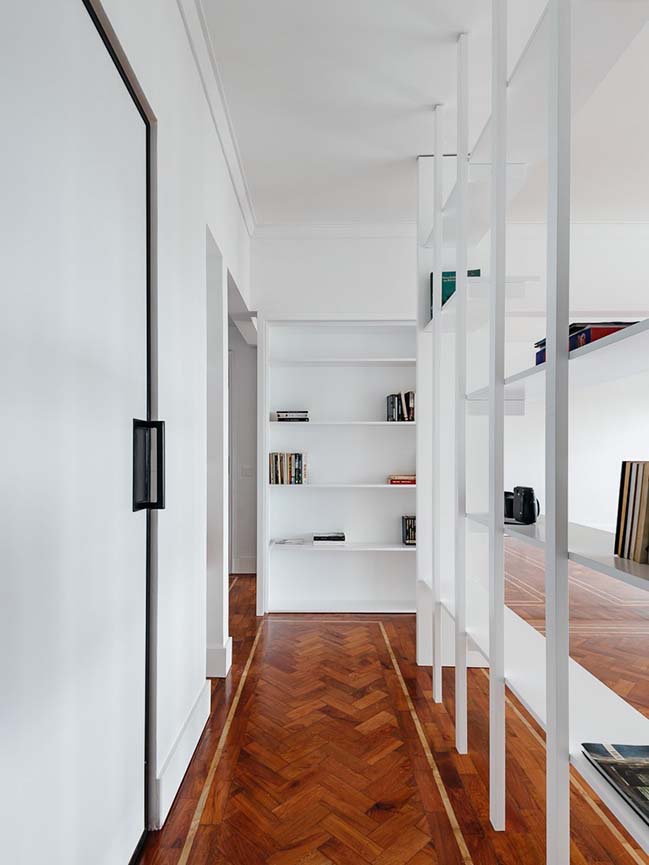 Some of the original furniture and lamps were introduced, resulting in a project with a very present-day design, but which combines certain existing elements, giving them a new “life”. 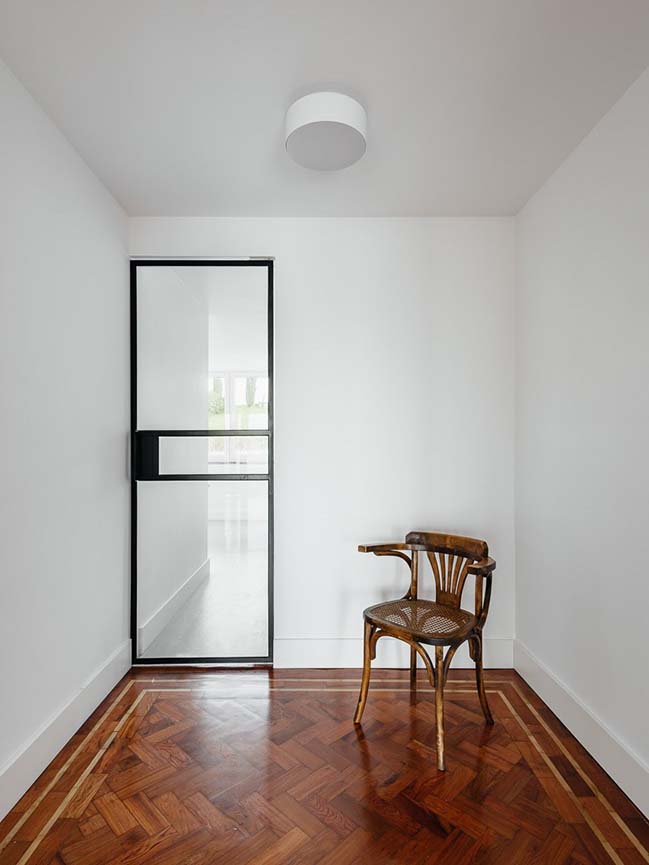 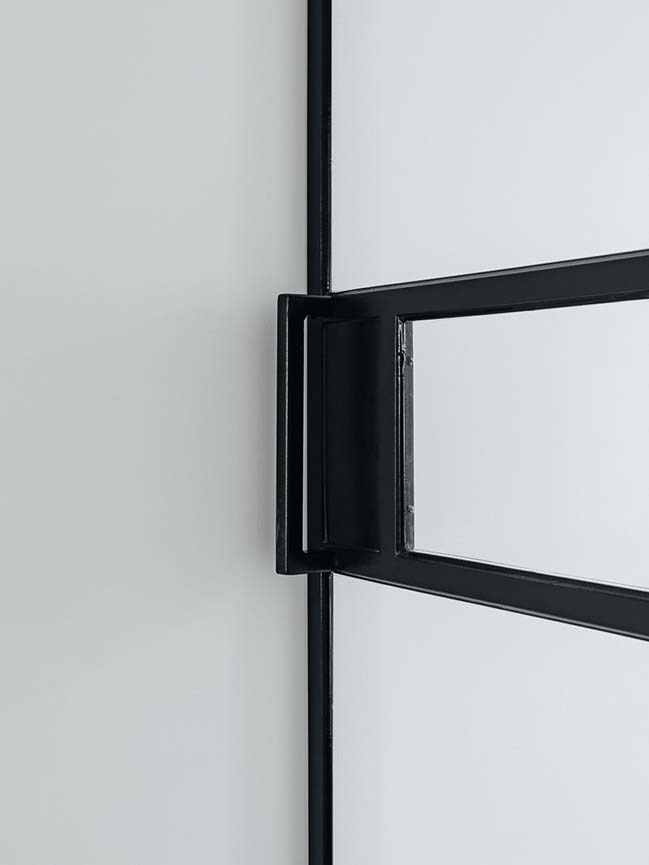 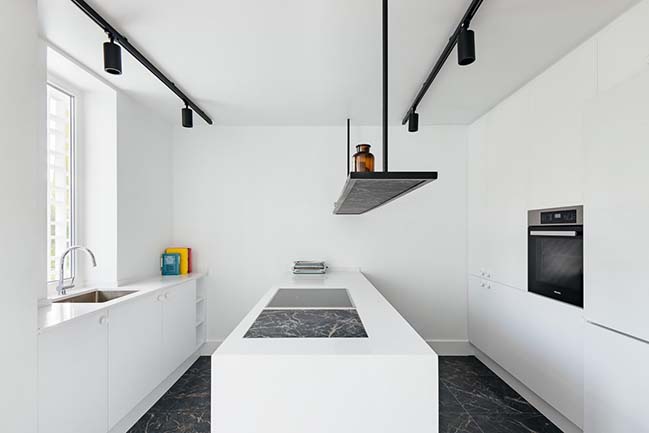 YOU MAY ALSO LIKE: Architectural (dis)Order by Corpo Atelier 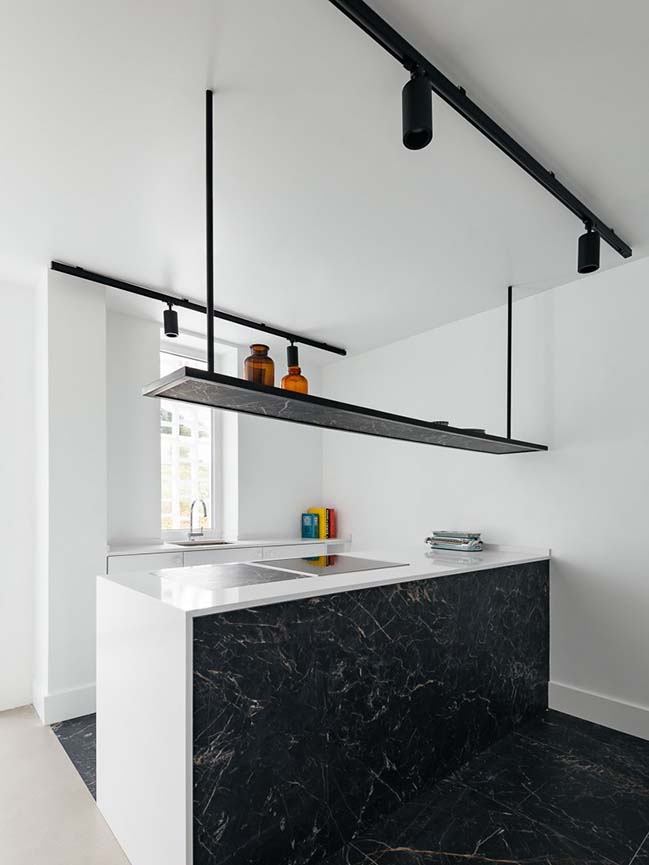 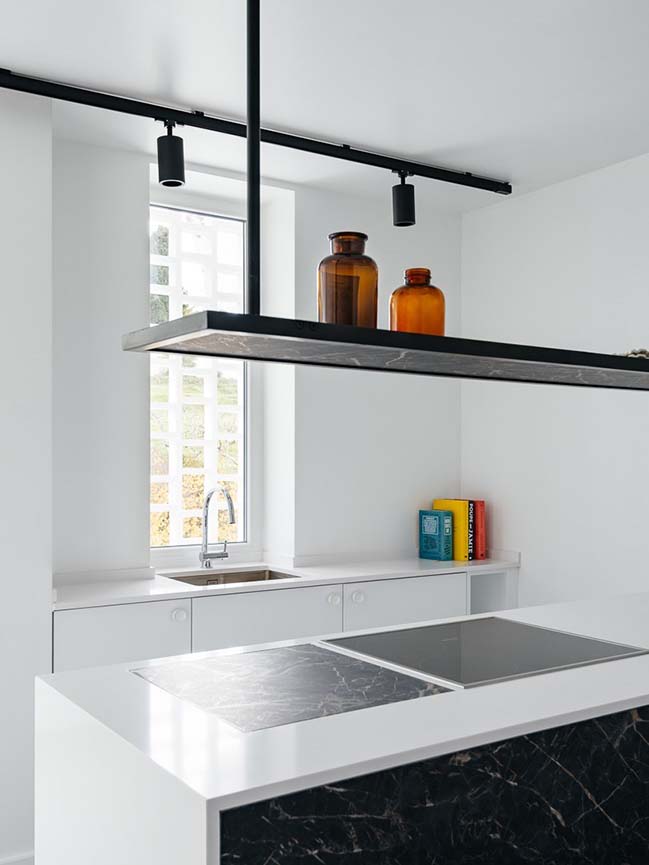 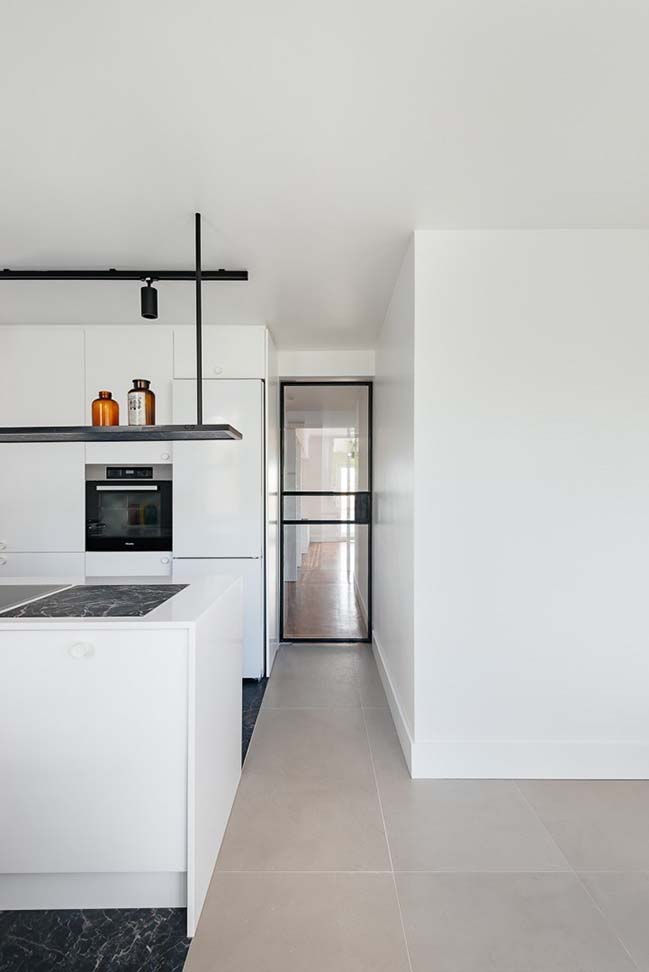 YOU MAY ALSO LIKE: Apartment Lisboa by BRANCO sobre BRANCO 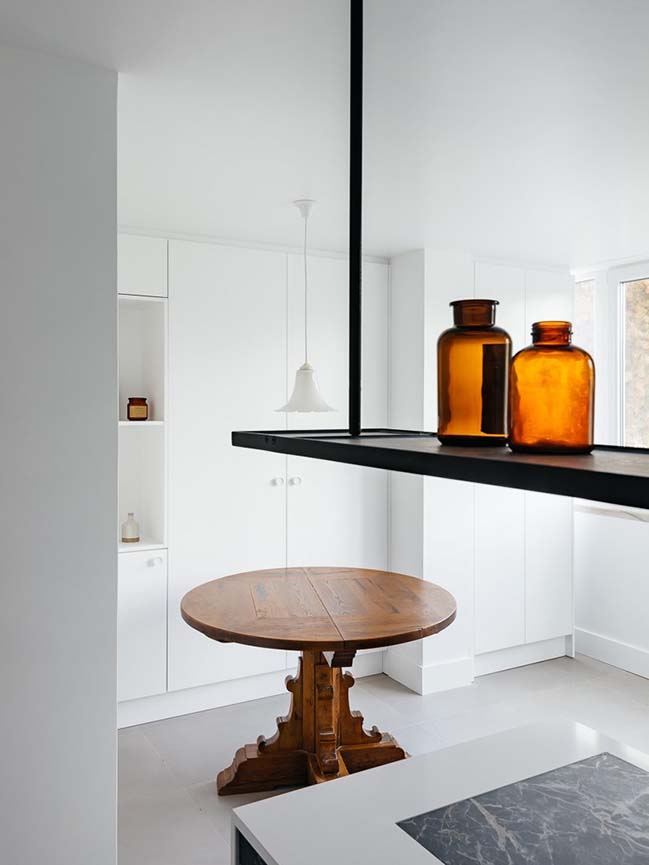 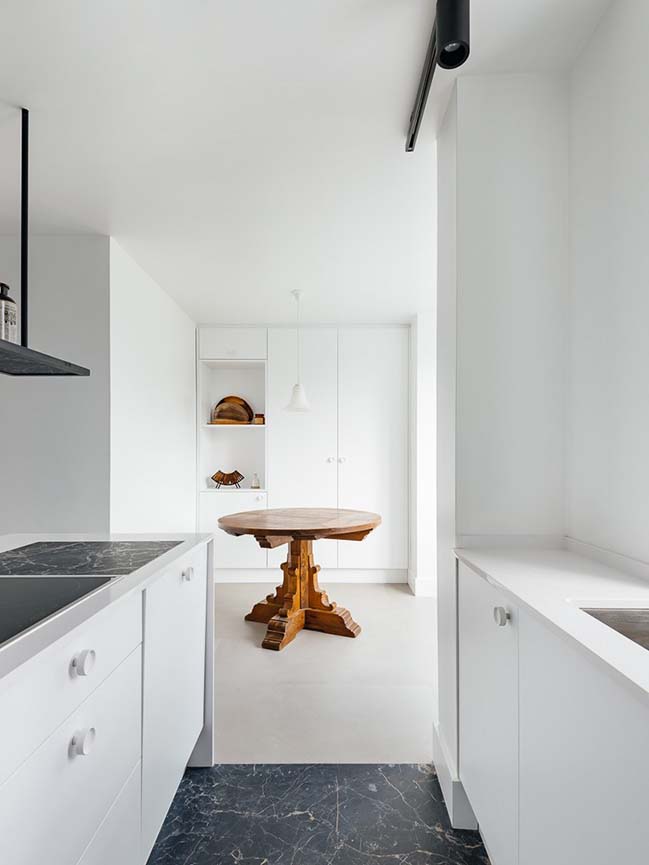 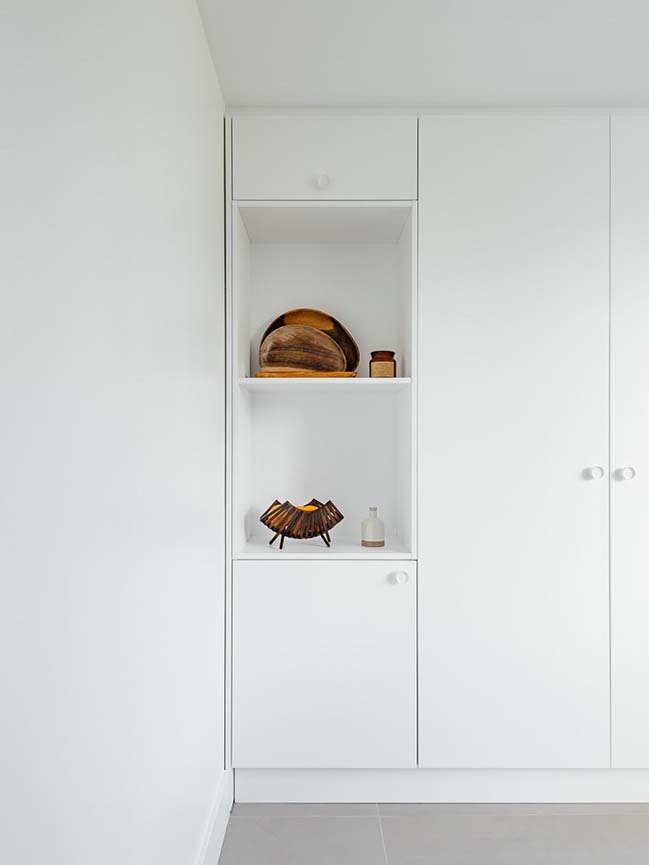 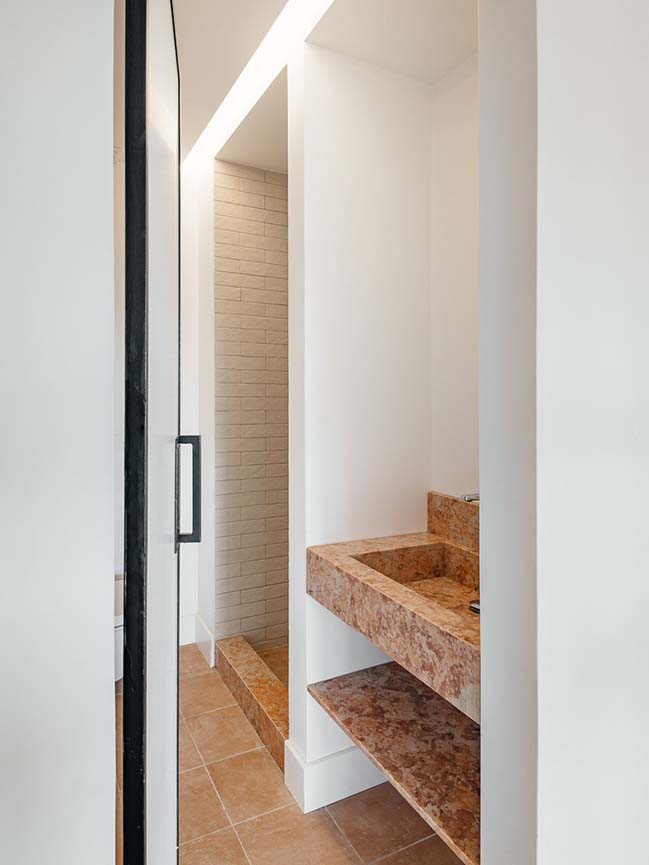 YOU MAY ALSO LIKE: Tuzzare Apartment in Lisbon by Machado Igreja / Arquitectos 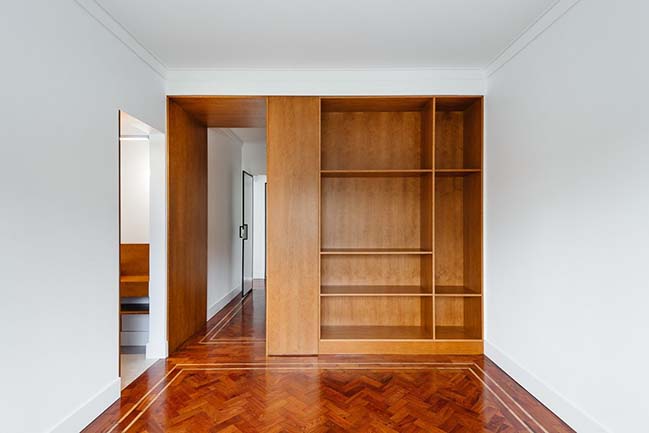 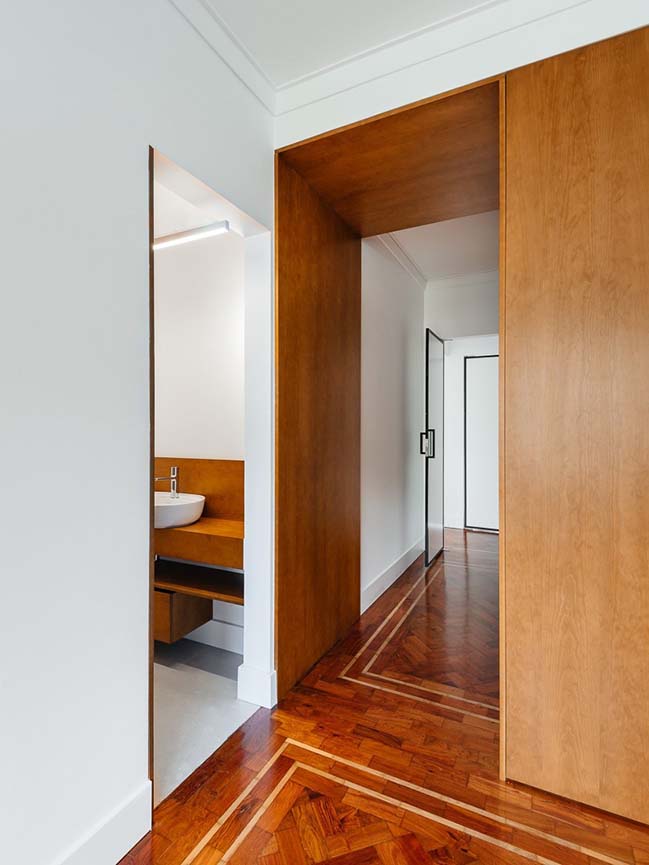 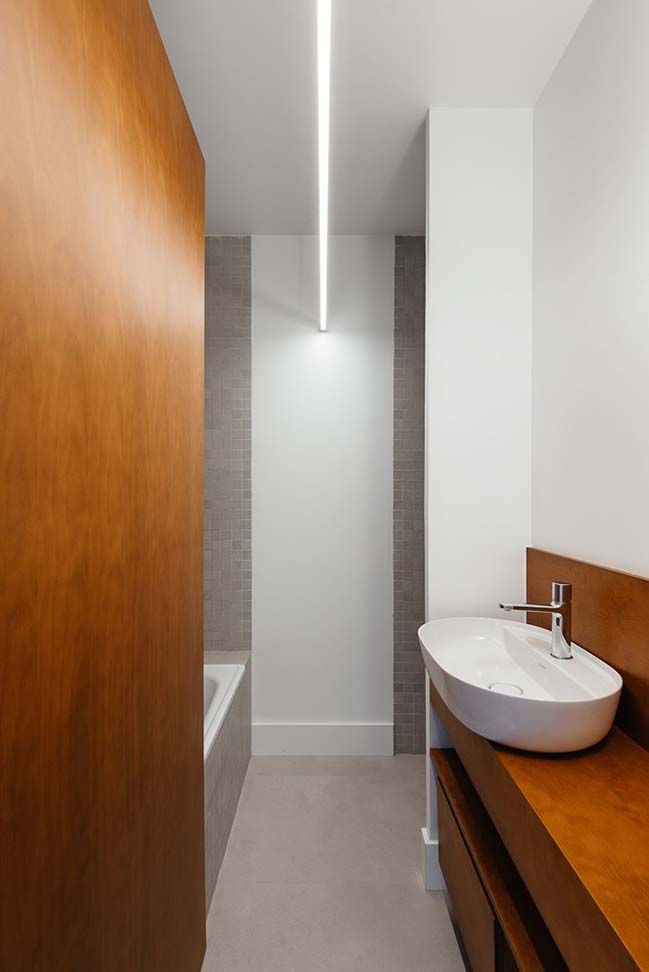 05 / 04 / 2019 The existing apartment, which was inherited by the clients, kept the original design, with a layout characterised by sucupira floors and arch-shaped dark wooden doors...