Completed by Agraz Arquitectors, Casa G is a modern villa located in Valle Real, Zapopan, Mexico that has layout departs from the site’s recognition and also from the willingness to conquer the terrain after understanding its solar paths. 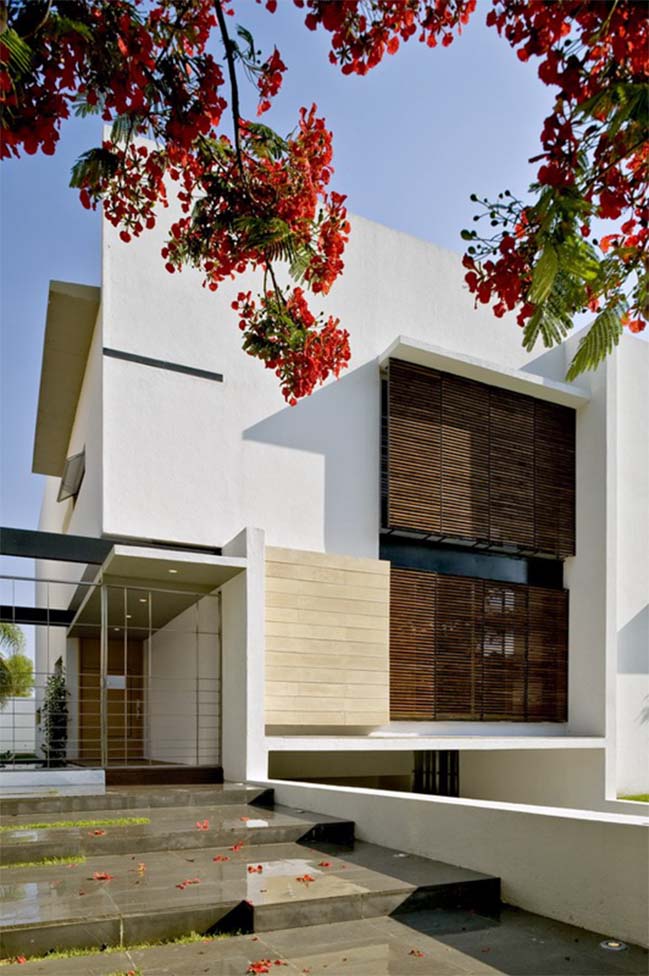 According to the architects: From the basement garage come all the service areas and house equipment, giving its dwellers the possibility of independent worlds within the place. 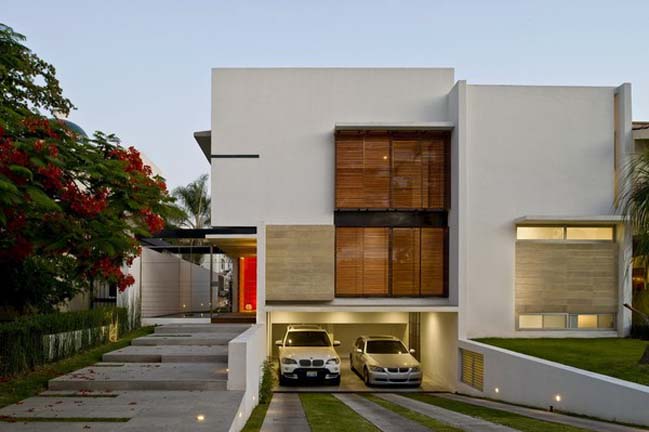 Therefore, as standing subordinated to the sun paths, the villa allows the living and dinning rooms and other privileged spaces a southeastern orientation. Following this axis, a fountain is placed in the same level, generating a visual effect of a water ending platform which also gives direct ways for light and kitchen ventilation. 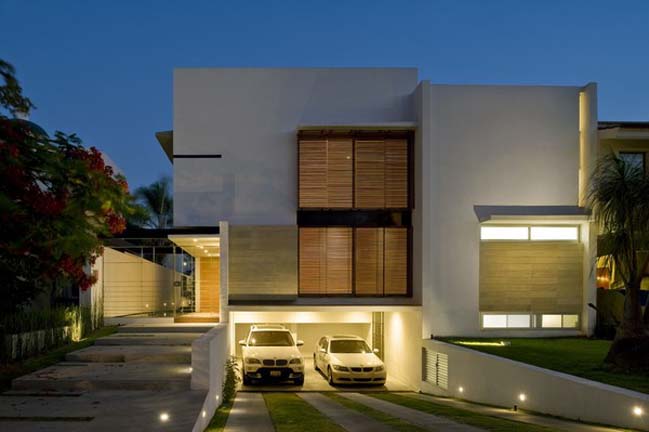 At the center of the indoor plant are the vertical circulations facing a hall that becomes a daylight recipient through a series of slots in the ceiling. These allow a sharp flow of light lines that work as a solar watch where time passes by. 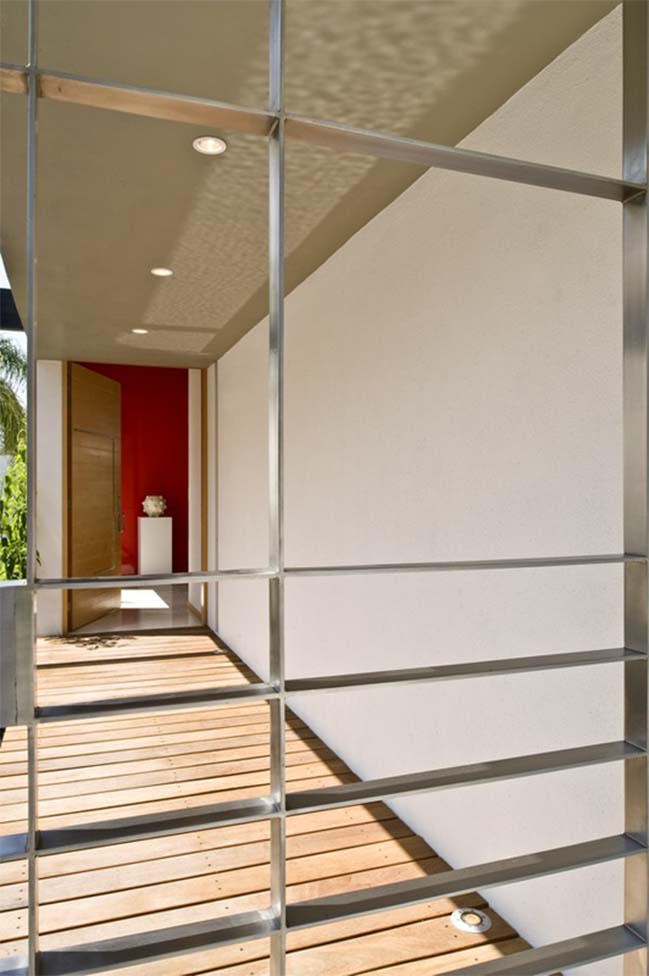 A red wall plays a leading role in this area which when reflected, tints the light in a very particular manner, whereas it also brings an accentuation to the vertical circulation and the marble rugged wooden staircase.
In the upper level are two bedrooms viewing the garden and a balcony that serves as roof for the southeastern terrace. Main bedroom, also in this floor, enjoys the wide rights of way as well as the abundant vegetation of the main avenue of its location. This place, as does the television room in the first floor, gain privacy from a wooden rack that controls the intensity of solar radiation due to its obstructing capacities. 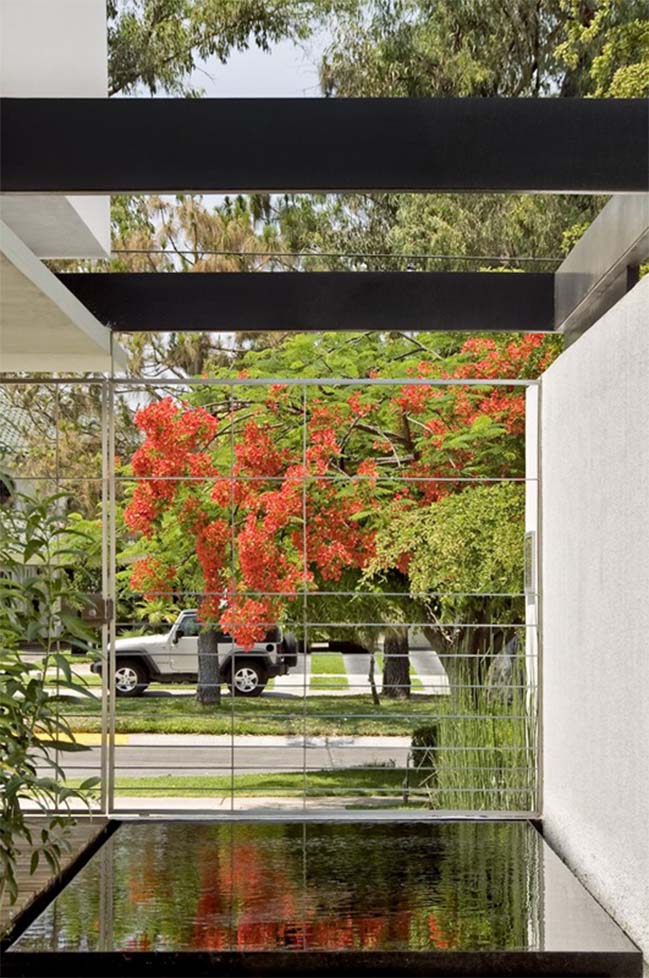 And the entry plaza of the villa, absolutely side-stepped from the car access, dissolves the frontier between that which is urban and that which is architectonic, permitting the inside of the house drain into the outside and giving space and kindness to the suburb. 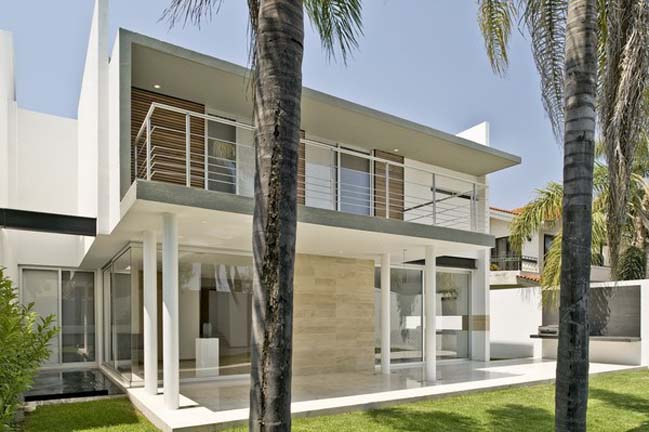 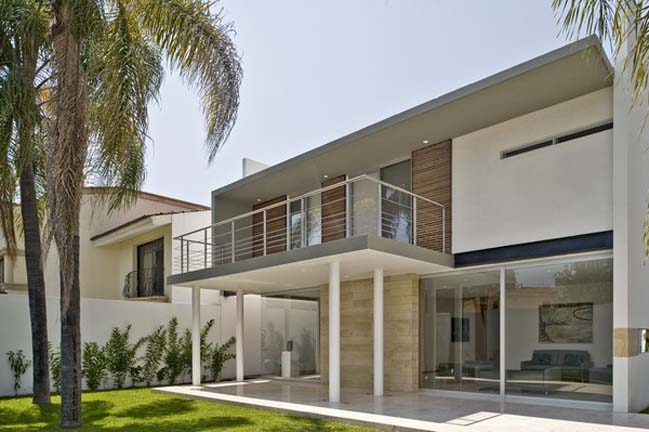 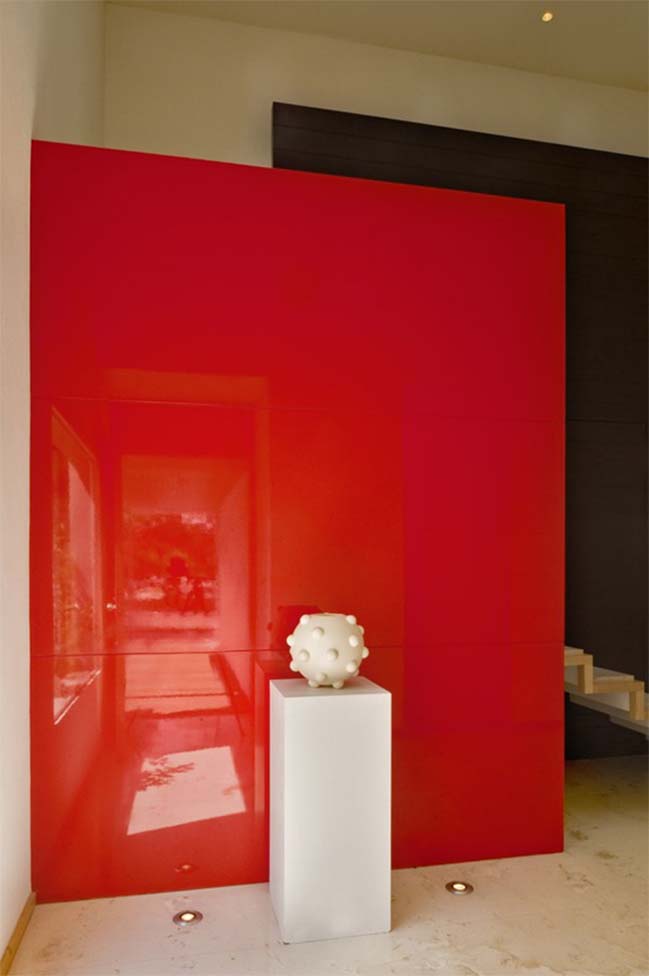 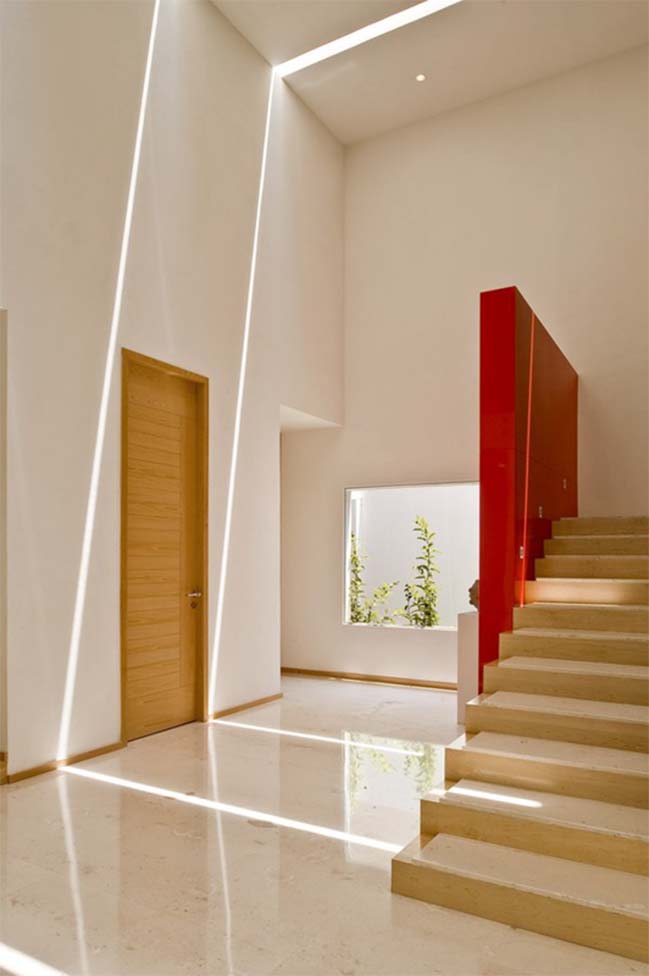 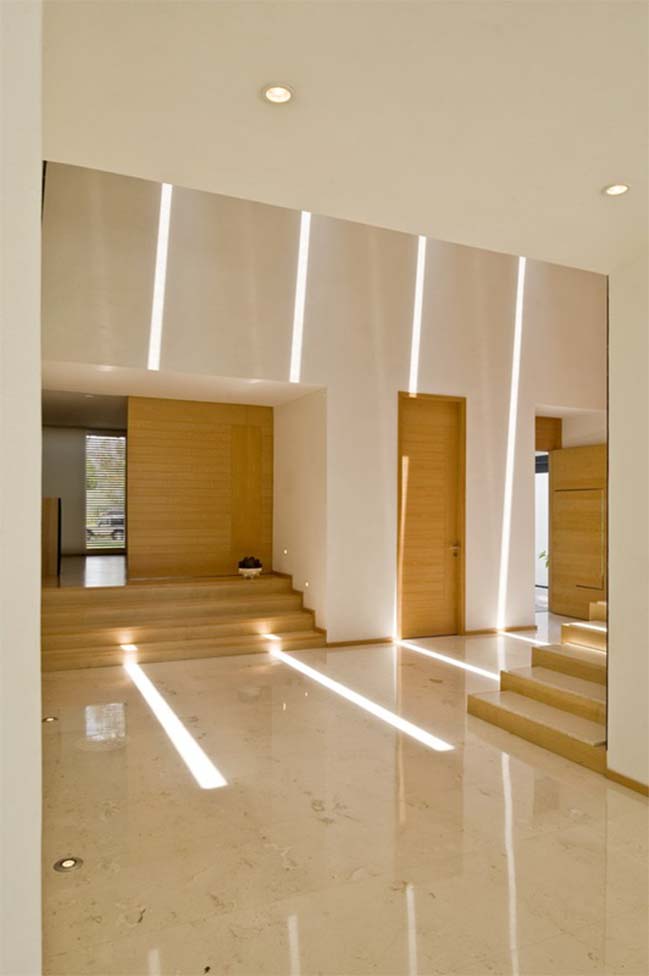 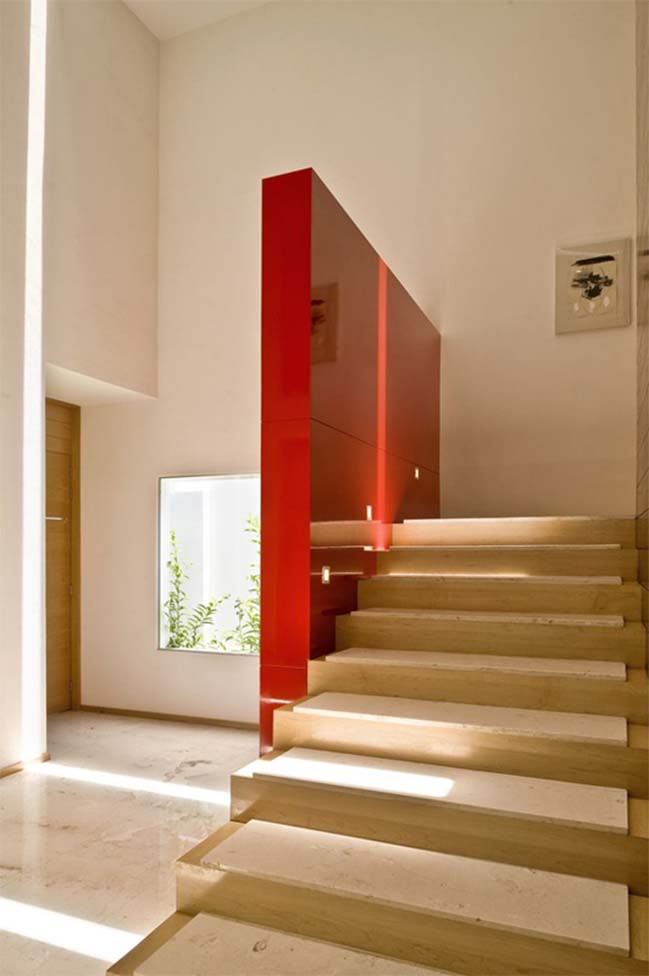 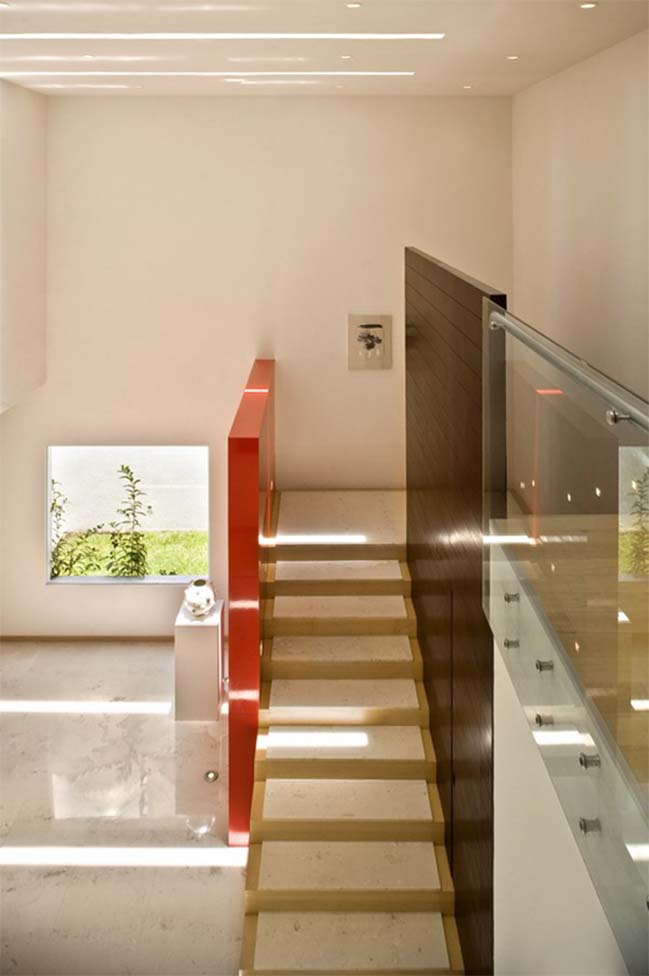 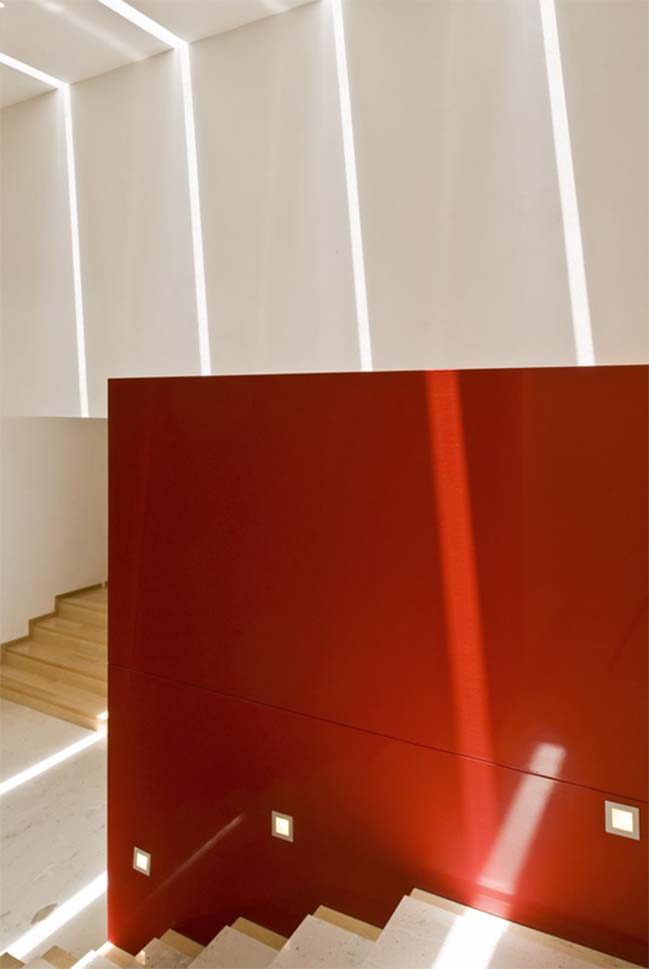 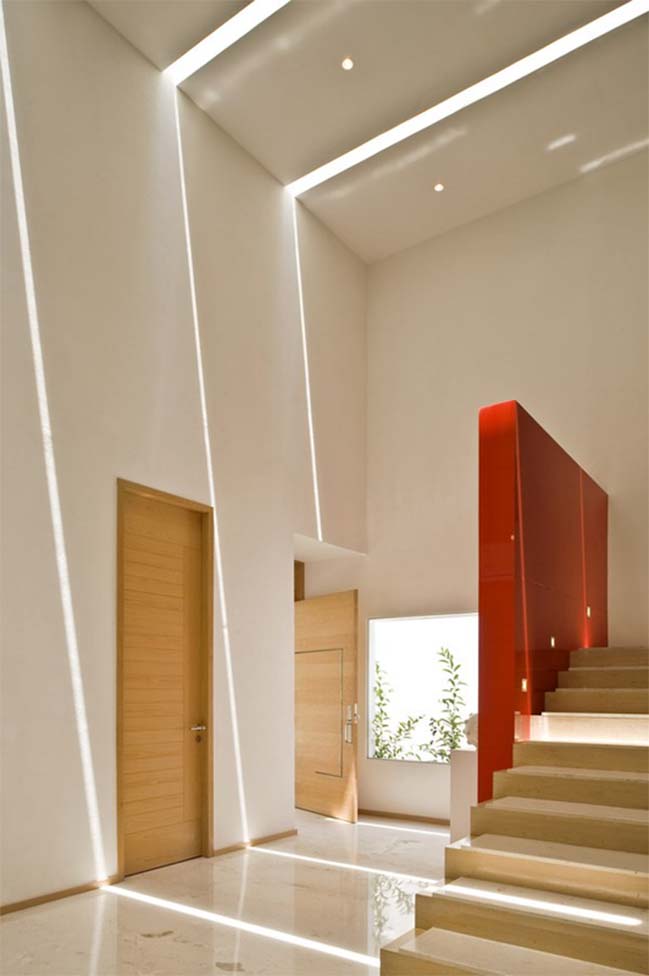 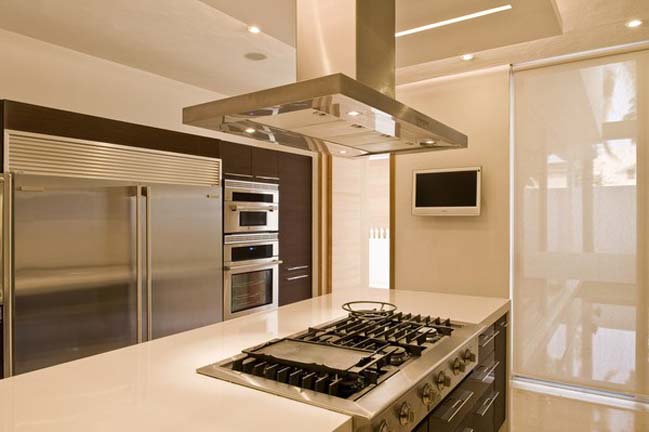 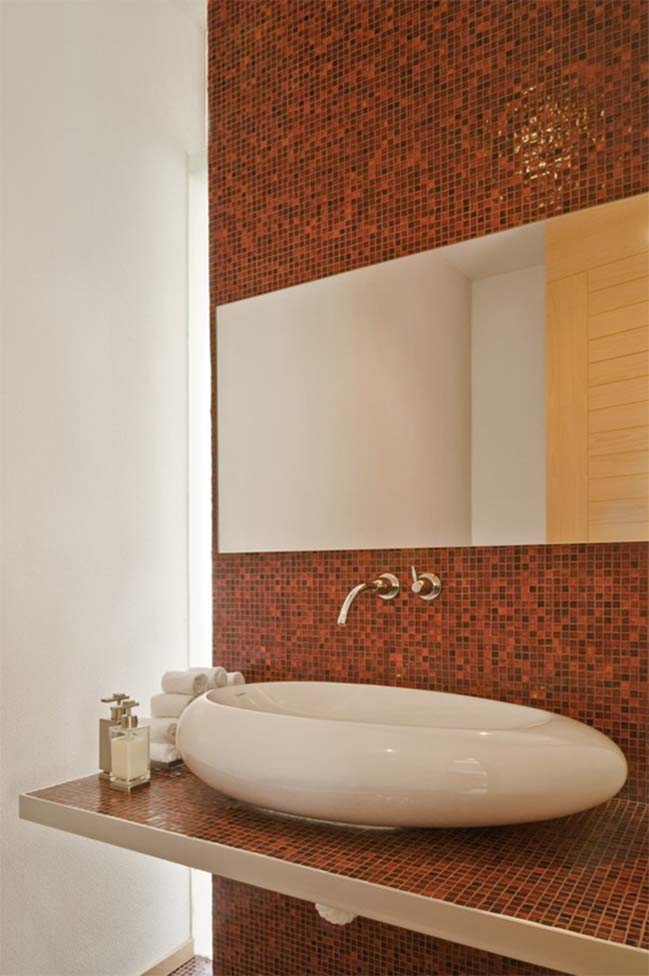 04 / 30 / 2015 Completed by Agraz Arquitectors, Casa G is a modern villa located in Valle Real, Zapopan, Mexico that has layout departs from the site’s recognition and also from the willingness...