Situated at the beginning of the trail to Bukhan Moutain, Deep House is a modern house with the wall was extended as a part of roof not to distinguish between them. 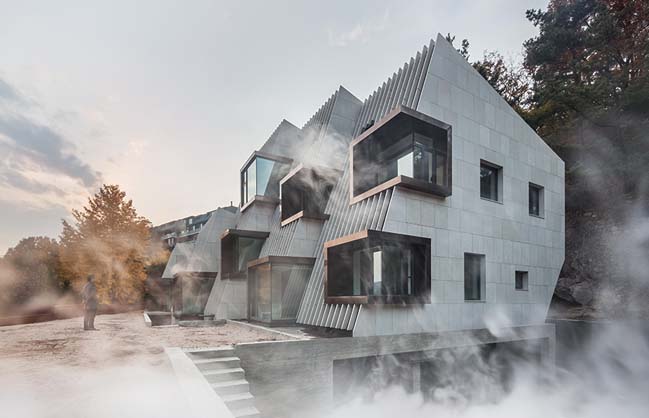 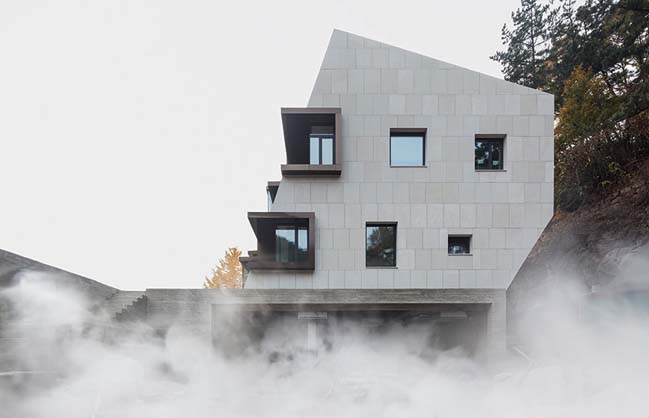 Project's description: This Ludwig Mies van der Rohe’s declaration that ‘Less is More’ was the prelude to minimal architecture, emphasizing detail and material. Accomplishing this aesthetical achievement, he led a popular trend in his time. The result, however, was the separation of human life from the envelope. Though a curtain wall is a medium through which to connect us to the outside, the envelope grew apart from us. It was impossible to imagine making an alcove or putting furniture against a wall any longer. We didn’t read and have a talk by the window any longer, but we looked outward or sat opposite the table turning their back to outside. Most of all, the glass wall was too cold or too warm, according to the season. A ‘Thick wall’ is an alternative for this dilemma and a return to the primitive condition. Applying the concept of depth to the envelope, it is designed as space for life. Depth was increased to make qualitative change, and it is not simple window but is intended to play the role of inhabitable walls. 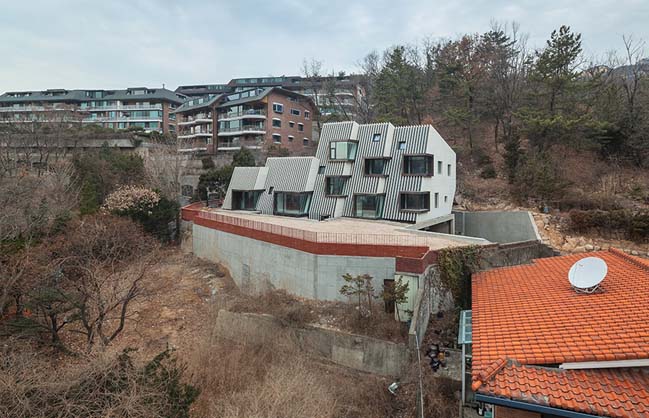 Deep House propelled the development of this idea. Situated at the beginning of the trail to Bukhan Moutain, the site in a Natural scenic district was under regulations to require a roof with a gradient of 1 in 3. Instead of putting a pitched roof on the box, the wall was extended as a part of roof not to distinguish between them. This formed a thick wall by adding one more layer around wall and roof. The gap between a polygonal envelope and the interior provided a potential field for the generation of undivided space. This is sometimes used for service space like storage closet and a cozy place like an attic. 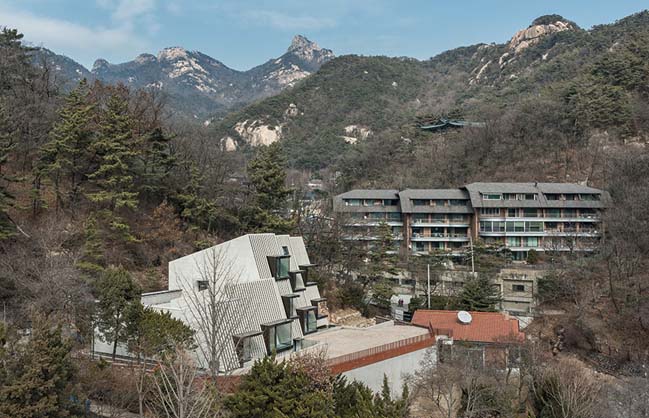 On the other hand, I spent time on planning how to bring the wonderful landscape in the southeast corner into a house facing south on the west-east long site. I made up a corner window. Inserting a small box into corner window, I tried to invite micro-space belonging to a category smaller-than-room to everyday life. It is an indeterminate space as a room in a room. I intended to direct a detailed appearance such as to enjoy landscape over a cup of tea or to read a book sitting on the windowsill in the study. 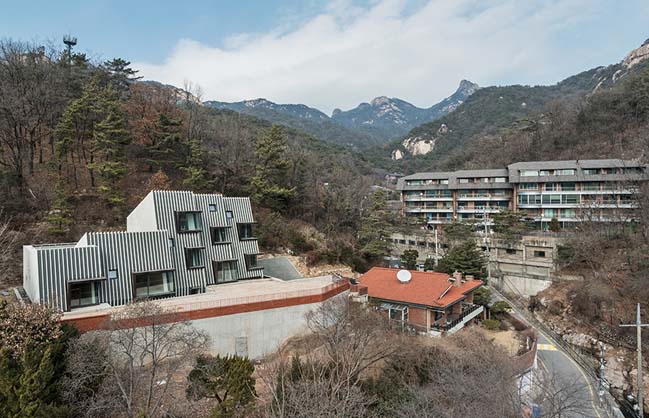 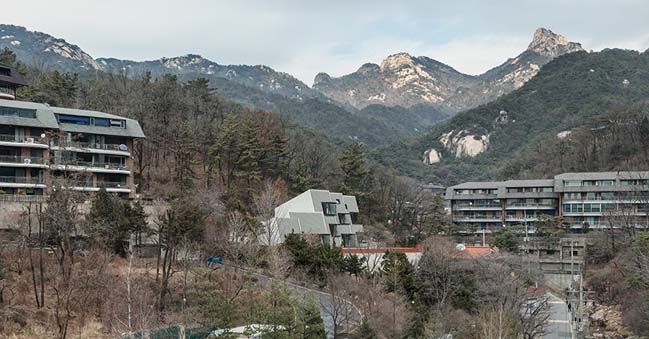 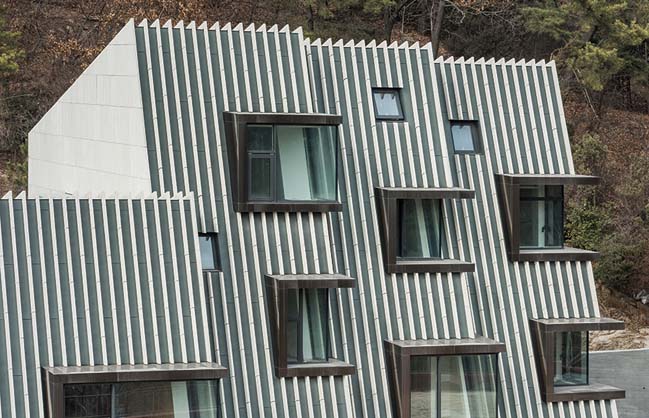 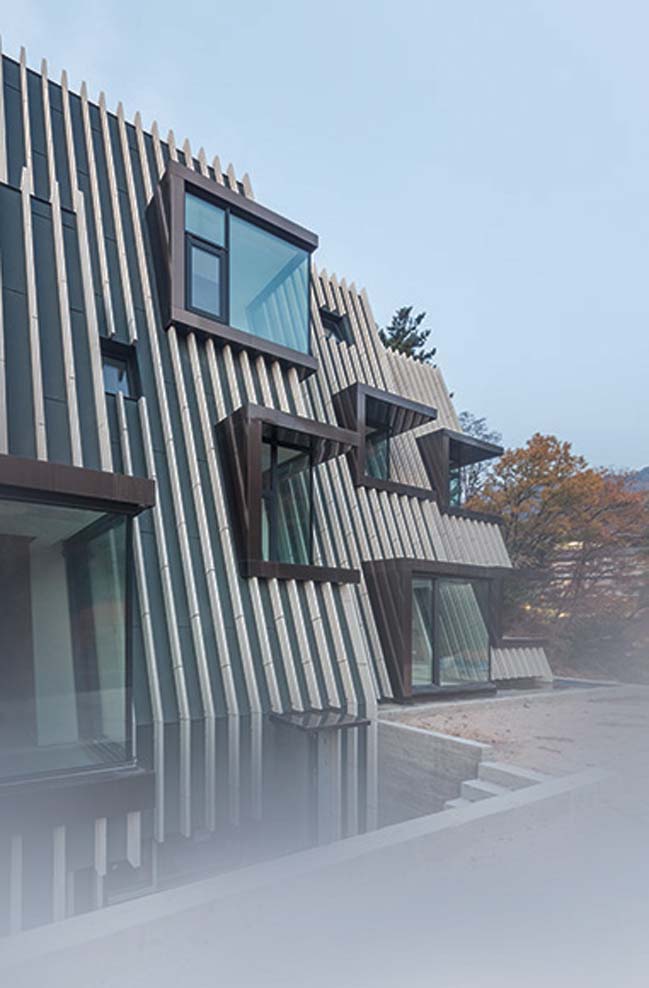 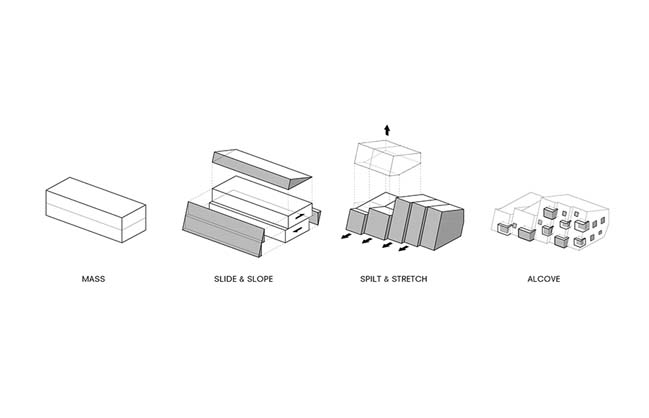 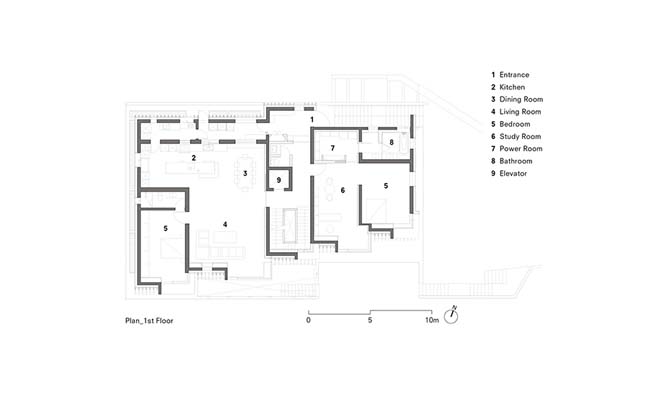 04 / 20 / 2017 Situated at the beginning of the trail to Bukhan Moutain, Deep House is a modern house with the wall was extended as a part of roof not to distinguish between them

Recommended post: A detached house in Gracia by Nook Architects