The shape of this Circle House is inspired by shell of a nautilus that gave the architects the idea of arranging the inner areas along a spiraled path in order to create a fluid and dynamic space. 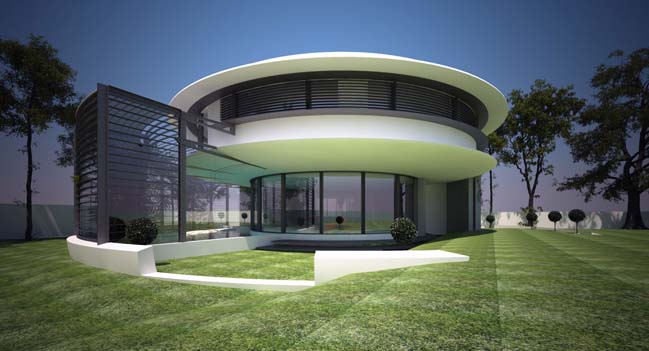 According to the architects: This organizing generated in volumetry skins of variable heights and materials (concrete, glass, metal and plaster), thus modeling a curved, organic form. On the ground floor the living room is located in the central point, while the following curve is occupied by the kitchen, the swimming pool and the outdoor terrace. The subsequent and final curve hosts a bedroom and the greenhouse shaded by metal horizontal louvers. On the first level the bedrooms, dressing rooms and bathrooms are distributed radially from the core, where a two-story library is positioned. The pattern is repeated in the underground level, where the nucleus surrounded by technical rooms hosts the cellar and the entertainment room. This unconventional layout reinterprets the usual relationship between rooms. In a coiled arranging all the rooms benefit of natural lighting and shorter, more efficient paths and connections between the various spaces can be realized. Moreover, it is easier to establish a hierarchy of the rooms importance and to create smooth transitions from the exterior to the interior, from public to private, from the main spaces to the secondary ones and from extroverted to introverted areas 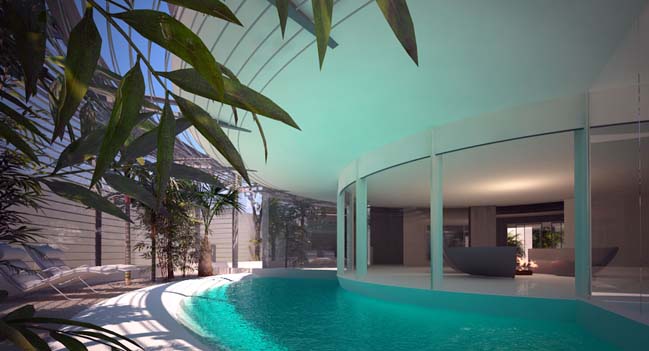 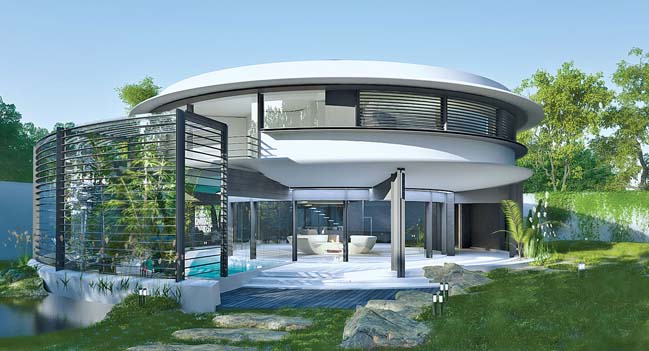 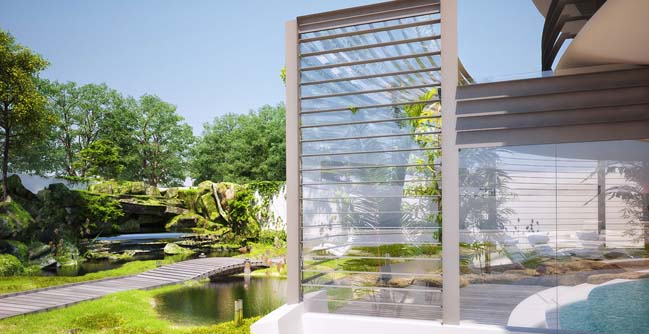 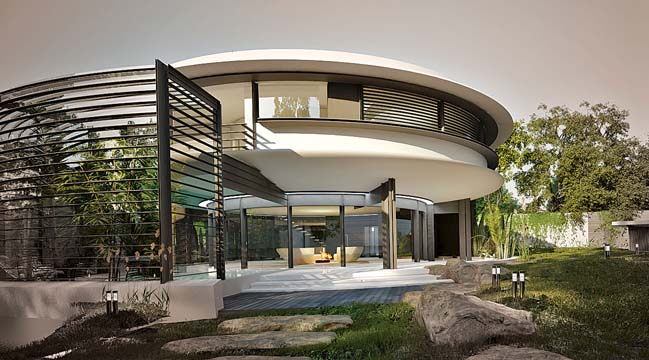 03 / 07 / 2016 The shape of this Circle House is inspired by shell of a nautilus that gave the architects the idea of arranging the inner areas along a spiraled path...