Design of a single family house in Burgenland, Austria. A single‐story bungalow designed as an atrium‐house - a modern interpretation of the courtyard house as the traditional building type in this area of the Burgenland. 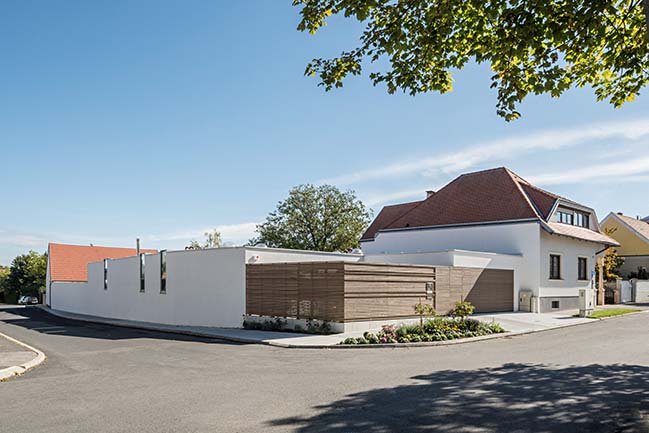 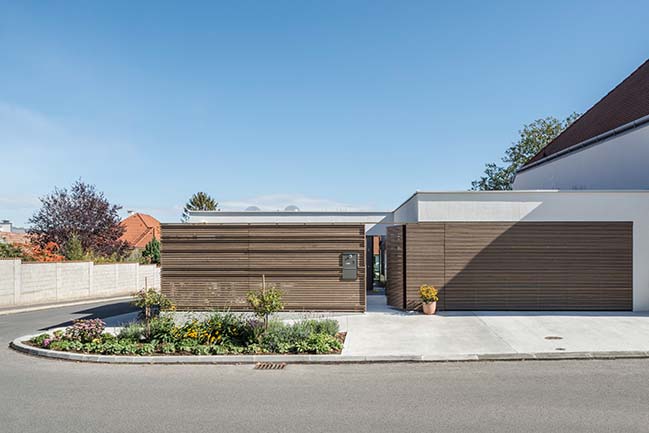 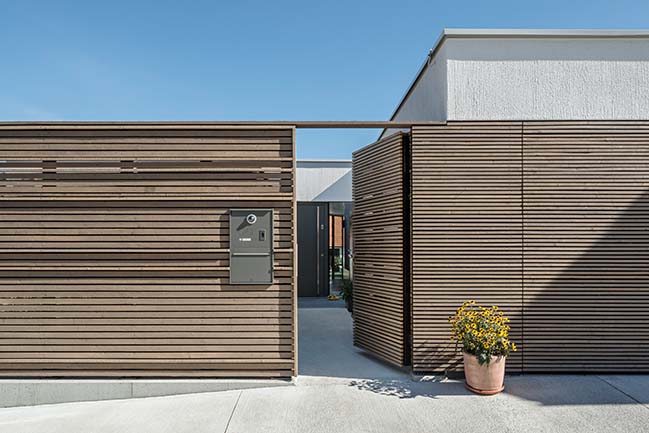 There are no strict borders between inside and outside towards the atrium and garden – it is a  smooth and floating transition. Also the inside is designed to be an open and light‐flooded living  concept. Foyer, living room and kitchen are one smooth continuous living space, winding around the  center terrace – two curved windows support the soft shape of the living space. 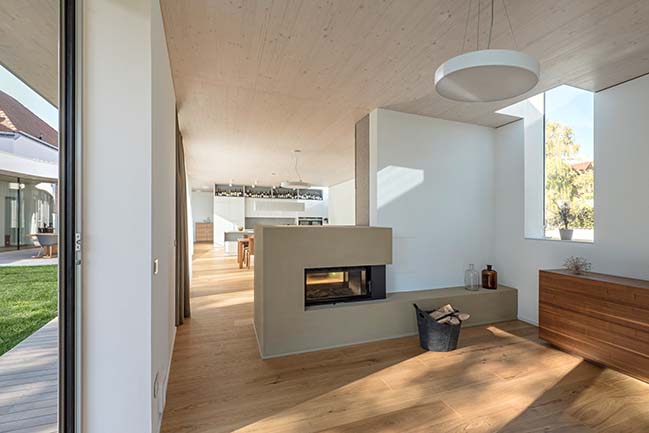 The outdoor pool ist  the eastern enclosure of the atrium, beyond the pool the garden continues until the historic “stadl”  which encloses the site on the other end.   The parents area is oriented to the garden, the kids area towards the front courtyard, which  maintains a feeling of privacy for both generations. 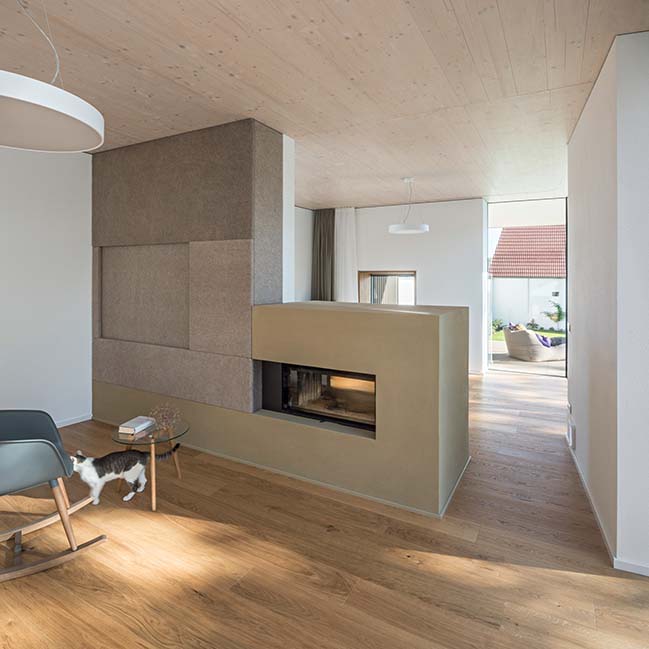 Roof and Atriumwalls are made of prefabricated  cross laminated timber – the inner surrounding cantilever roof gives shadow to the inside during the  summer months. The outside facade material is a simple grated  stucco – supporting the closed and  unpretentious outside appearance , whereas the inside facade is made of pre‐weathered larch‐laths  framed by an white aluminium ribbon. 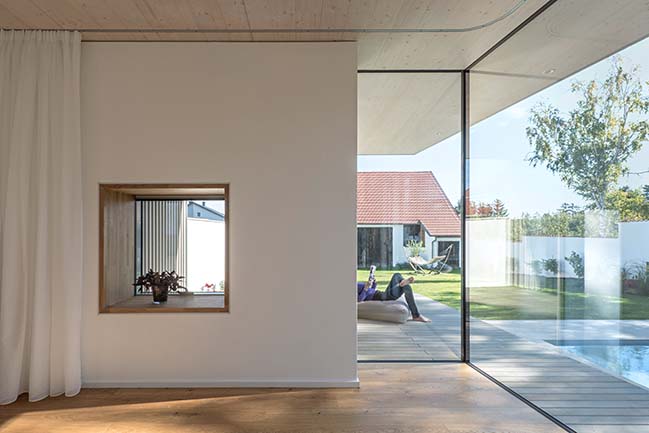 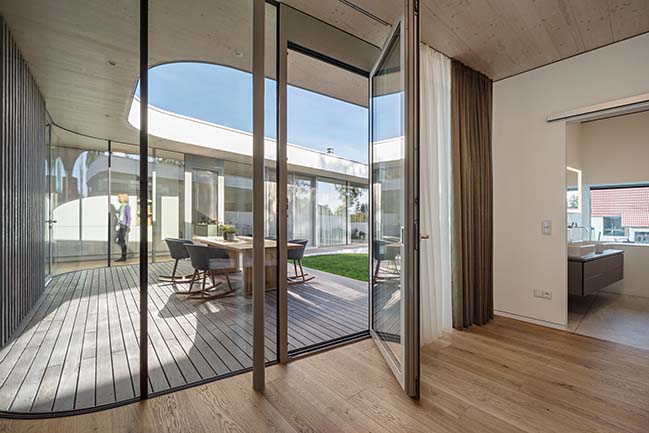 YOU MAY ALSO LIKE:
> Semi Detached House On A Hollside By MWArchitekten
> Smartvoll Wins The 2018 AZ Award 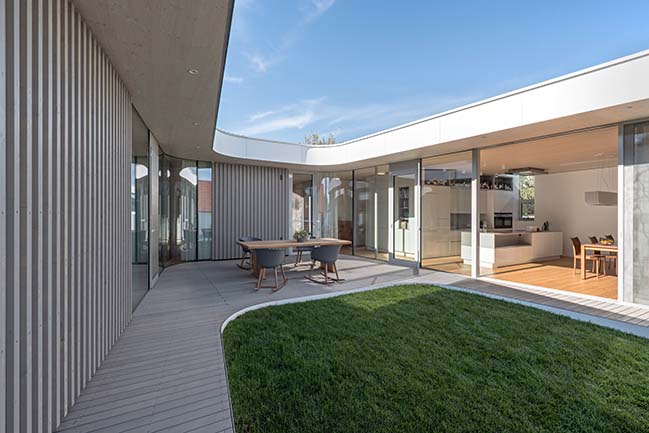 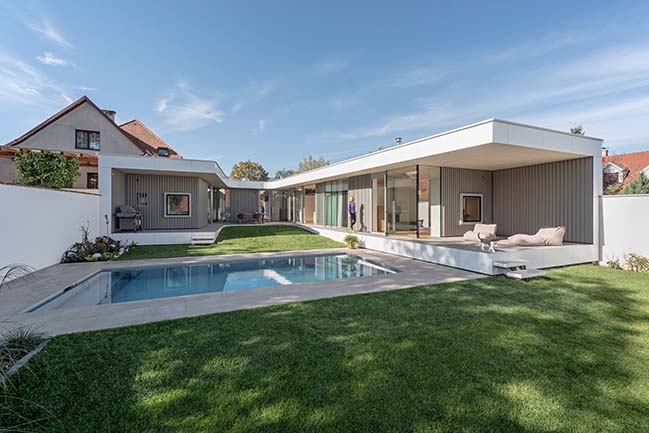 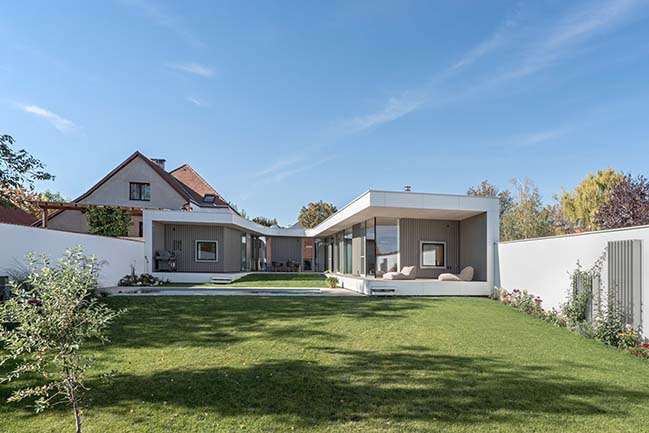 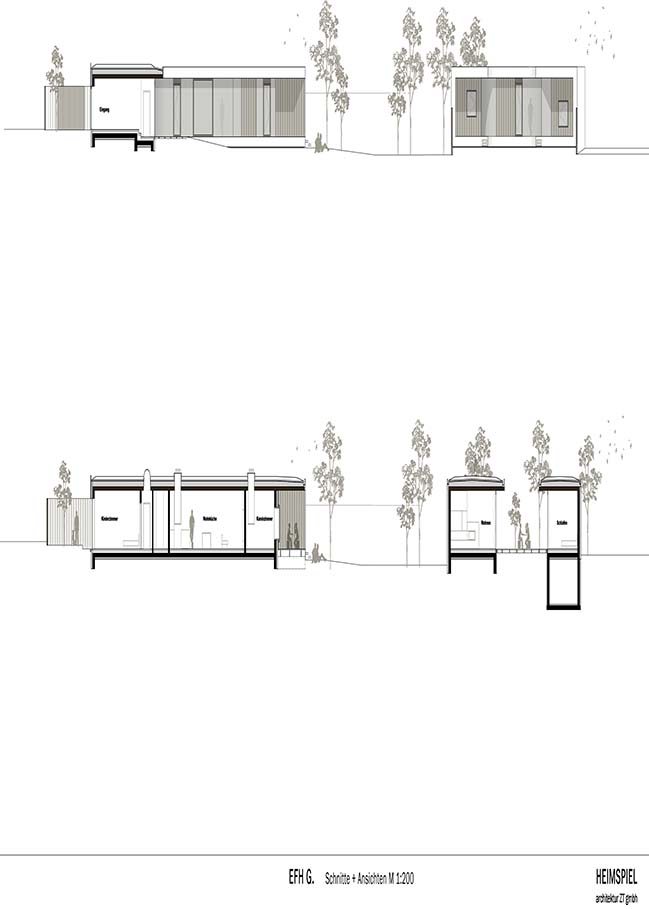 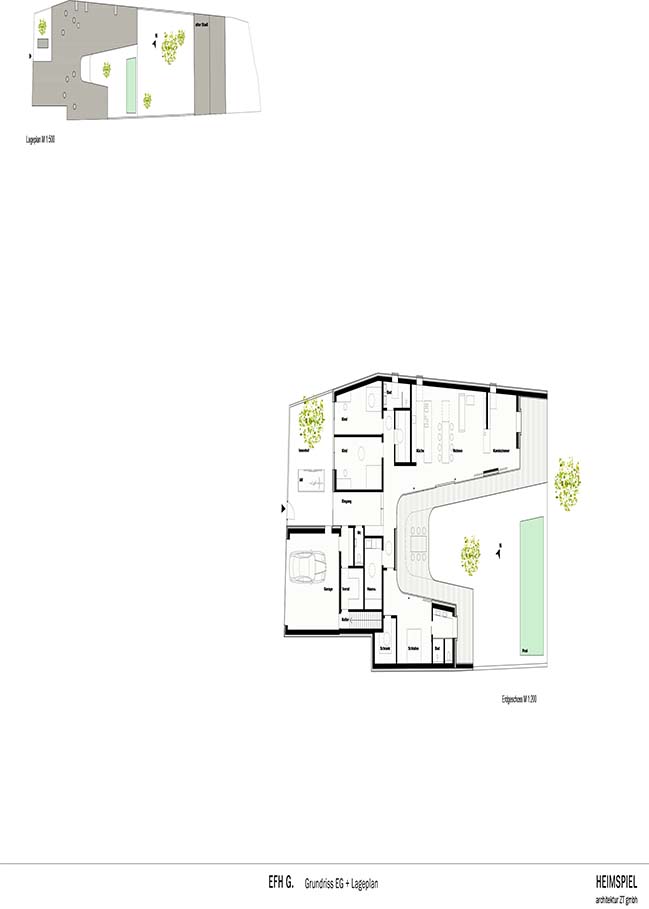 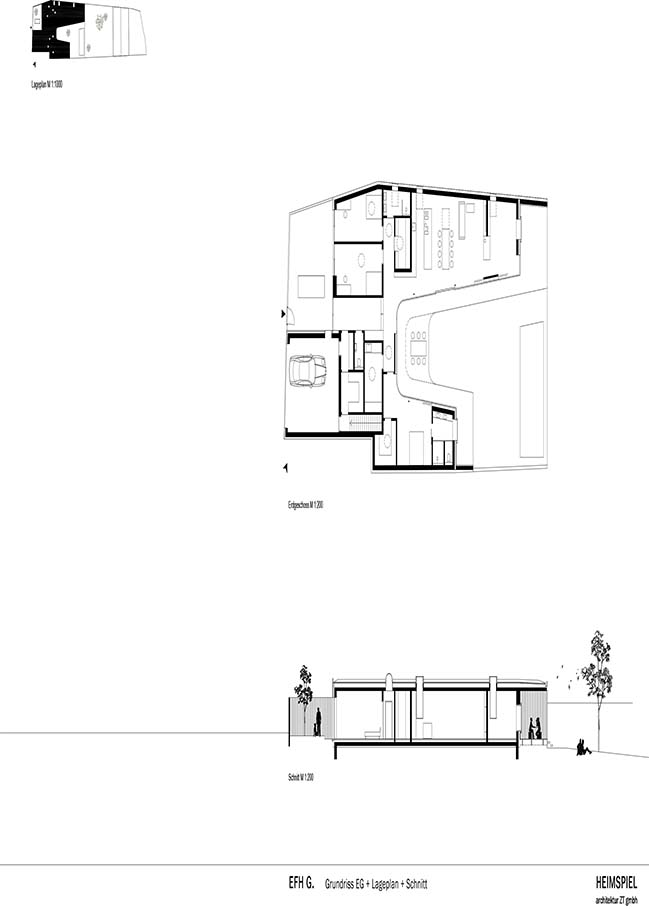 05 / 18 / 2019 Design of a single family house in Burgenland, Austria. A single‐story bungalow designed as an atrium‐house - a modern interpretation of the courtyard house

Recommended post: Black small apartment that will attract you attention