The brief was to create a flat tailored to suit a couple. This allowed the Original Regional Architecture to choose from a variety of solutions not thinkable for larger households.

From the architect: We were approached by a pair of globetrotters on their second visit of Znojmo, the city where our studio is based.

After few days spent in Znojmo, they fell in love with the city so much they decided to buy there a small flat with a great atmosphere. The flat was considered rather second-rate; a ground floor apartment in the old town with its damp walls. However, it has a cosy inner courtyard and the place is pleasantly shadowy, which is a great advantage in the ever so heated up city centre. 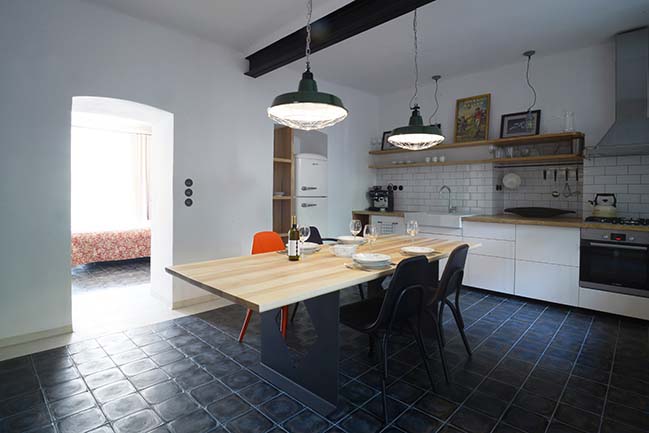 The brief was to create a flat tailored to suit a couple. This allowed us to choose from a variety of solutions not thinkable for larger households. For example, the flat does not have an ordinary bathroom. Instead, the bathroom forms a part of the bedroom. It is hidden behind a neat partition made up from a sturdy I-beam profiles frame. This construction method enabled us to reveal the original ceiling paint in its entirety. Since we didn't have to divide the rooms, the flat seems spacious despite its restricted area. 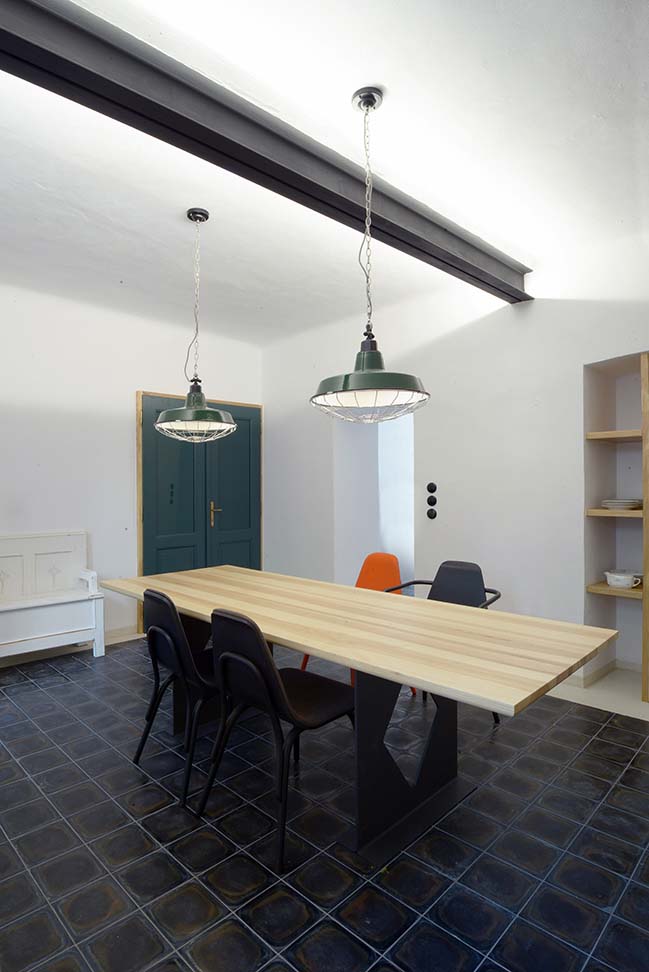 The whole apartment needed a careful restoration, including the placement of a ventilated flooring and the chemical injection of walls and plastering. Humidity sensors help to keep the climate stable even when the apartment is deserted. Despite all the necessary precautions, we wanted to keep as much of the original atmosphere as possible. The flat has maintained its original windows, the former ceiling paint has been restored and revealed and we got rid of all unnecessary partitions. 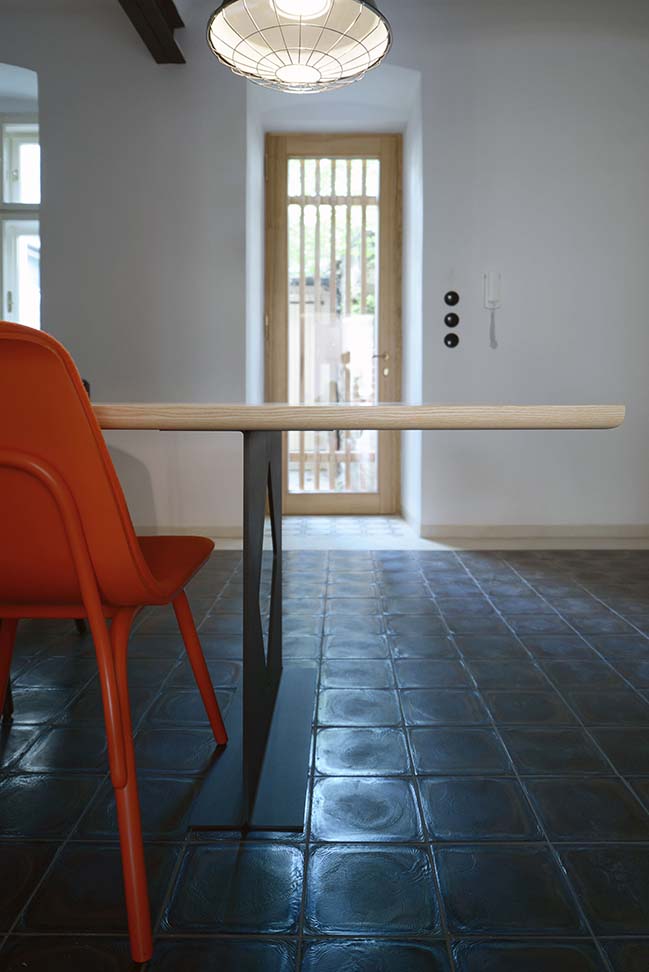 Most of the furnishings were made to measure. For instance, the bed was designed to be seemingly hovering off the ground. This too was achieved by employing I-beam profiles, a method used repeatedly throughout the apartment. Flooring is made out of basalt floor tiling joined by cement based grouting. Our collection of old fragments that households around Znojmo are getting rid of also proved useful. Ranging from tiling to doors, we spread some of the playful recycled elements around the Flat for Two. 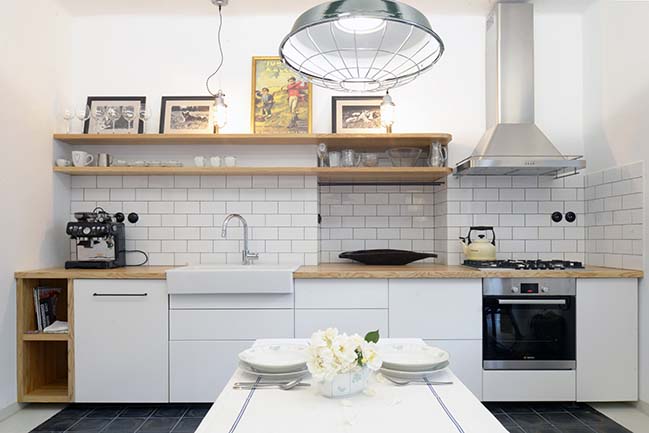 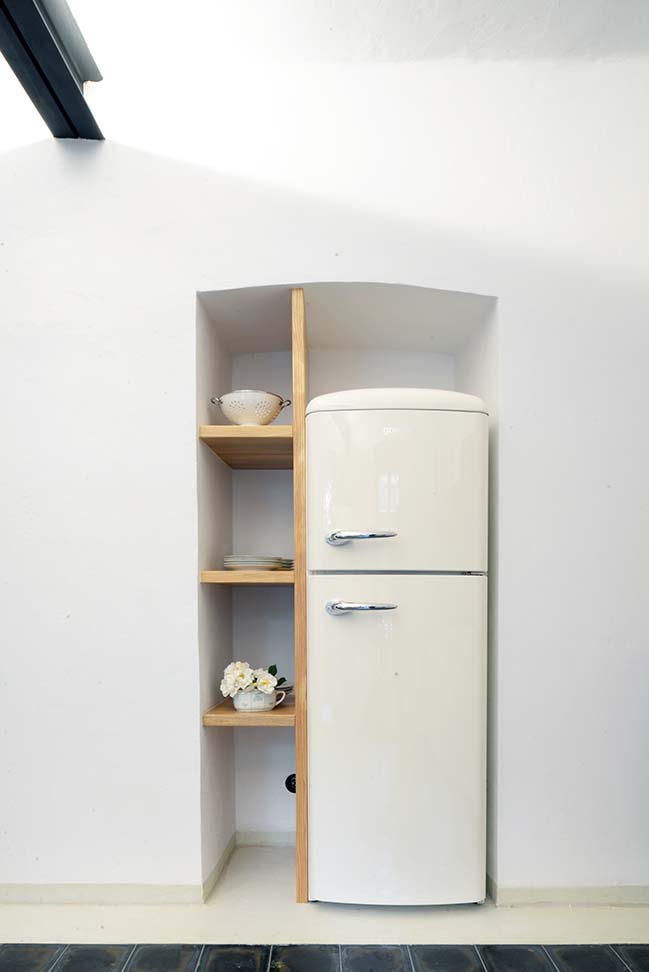 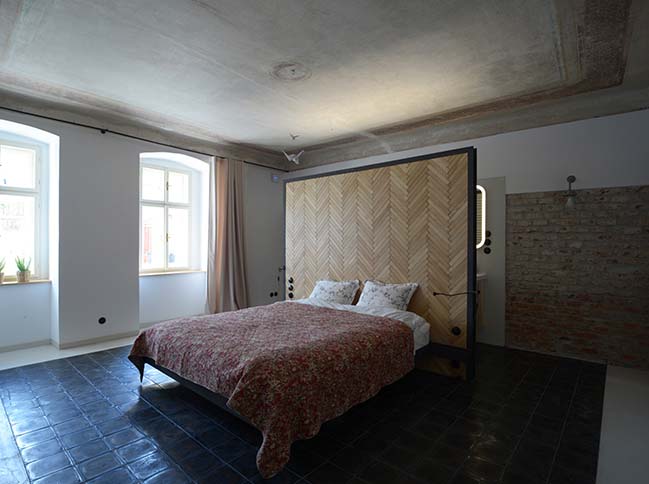 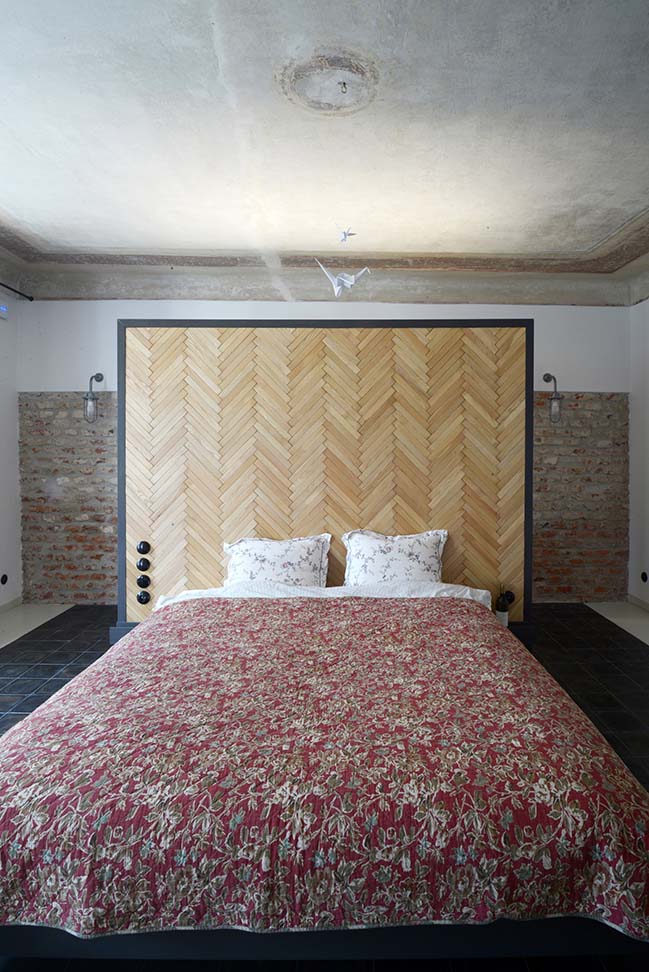 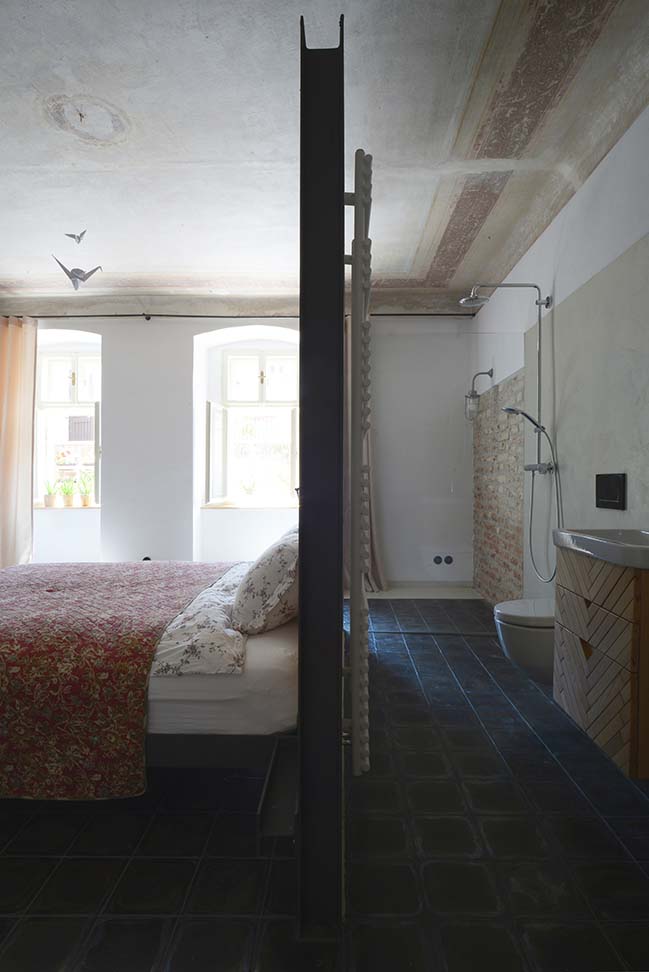 > You may also like: The Shoe Box - A tiny studio in Beirut by ELIE METNI 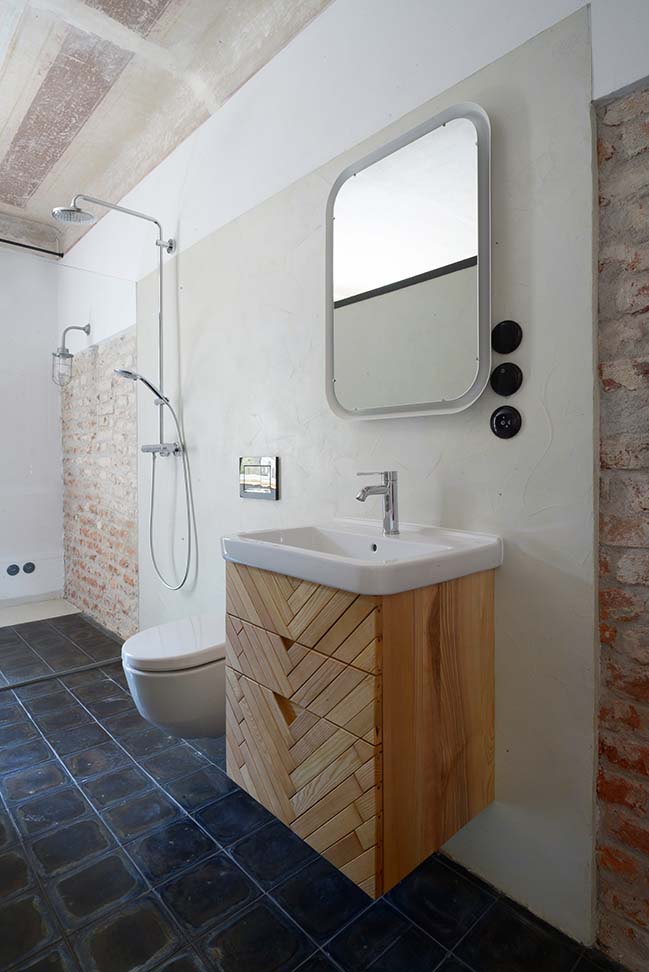 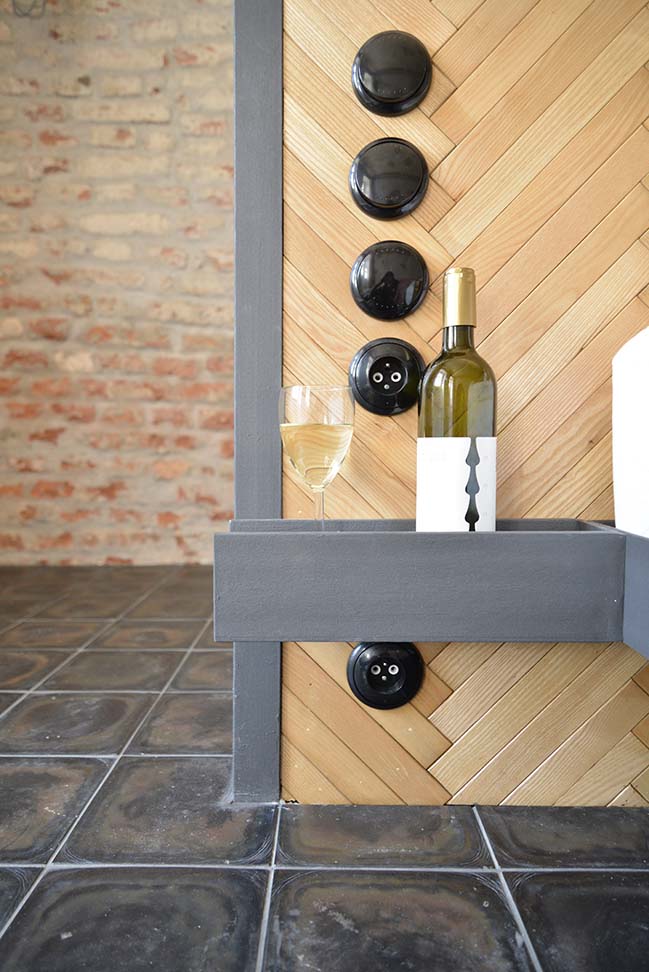 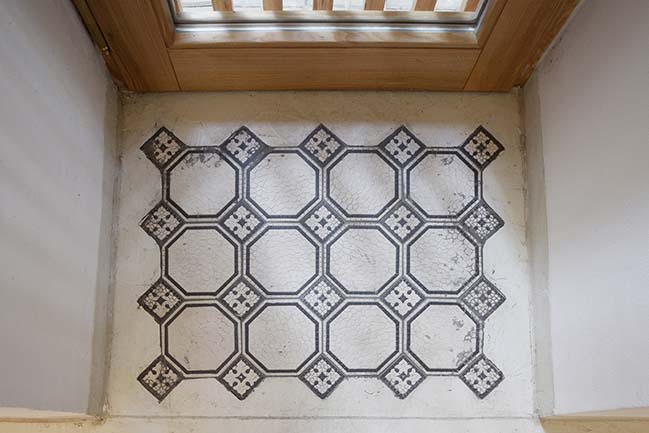 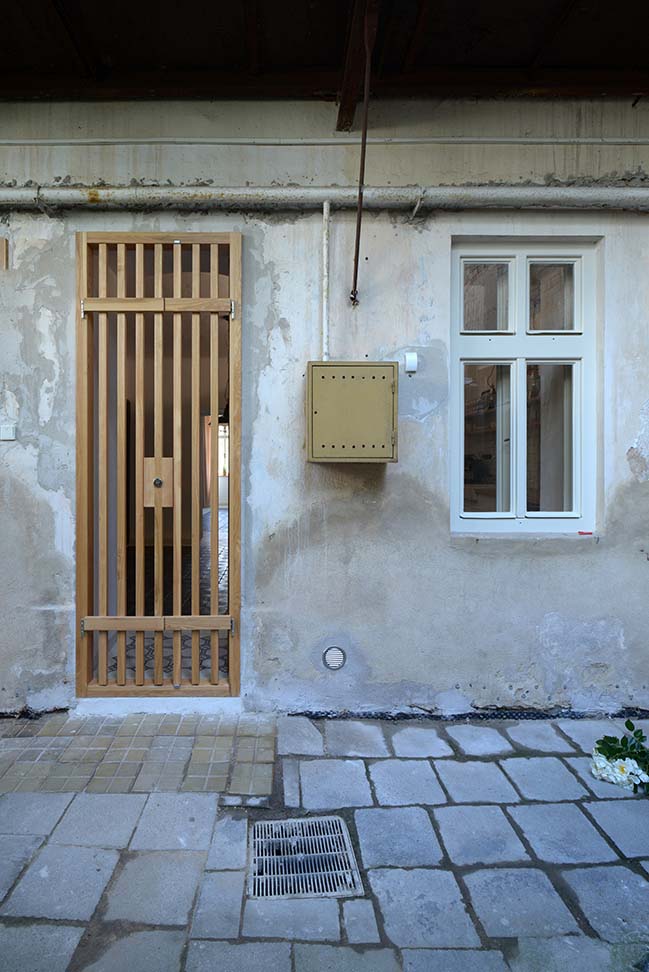 > You may also like: Small apartment in Hong Kong by Sim-Plex 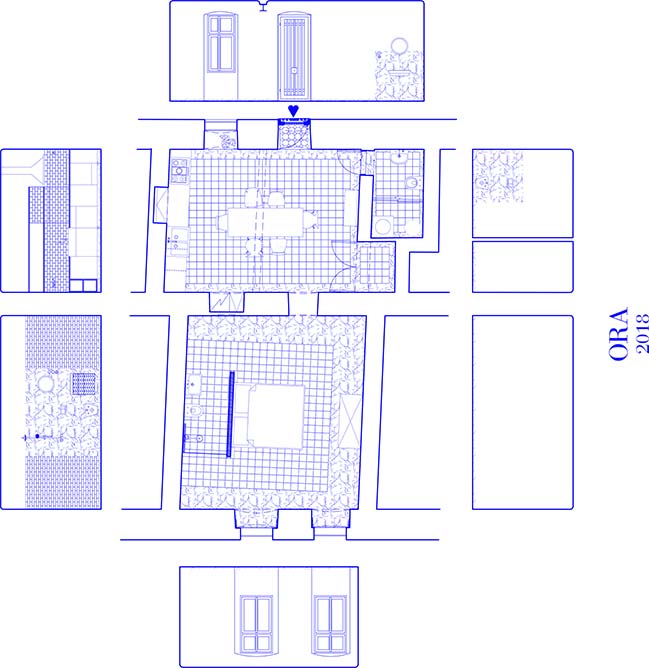 09 / 11 / 2018 The brief was to create a flat tailored to suit a couple. This allowed the Original Regional Architecture to choose from a variety of solutions not thinkable for larger households

Sunset Houses in Tibau do Sul by Vilela Florez