Summer holidays, this is the main will of the project. The proposal was born with the intention of reforming an old apartment to turn it into a contemporary refuge of disconnection, reflection and rest. 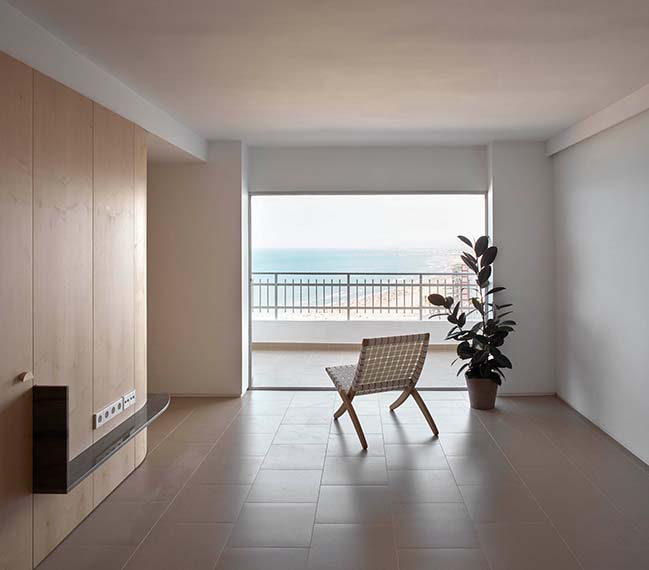 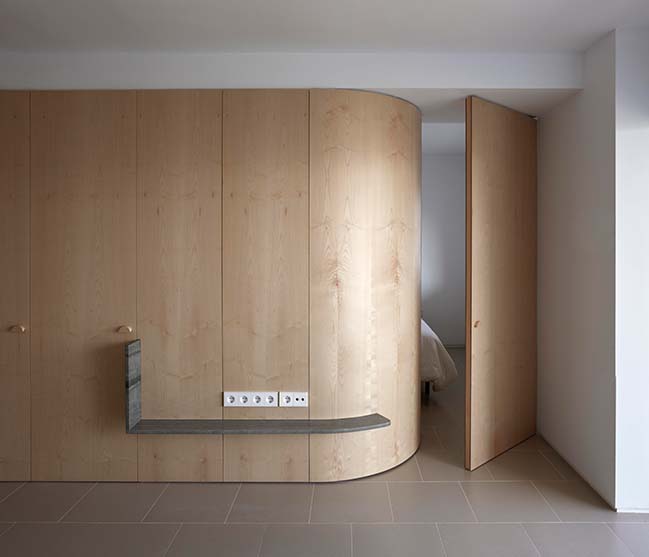 From the architect: The initial state maintained the original construction of the 60s, with an excessive compartmentalization that did not allow to read the space with continuity. This succession of independent and limited spaces prevented to enjoy the main value that was already intuited, to be able to live the sea, there present, from each one of the possible corners of that place 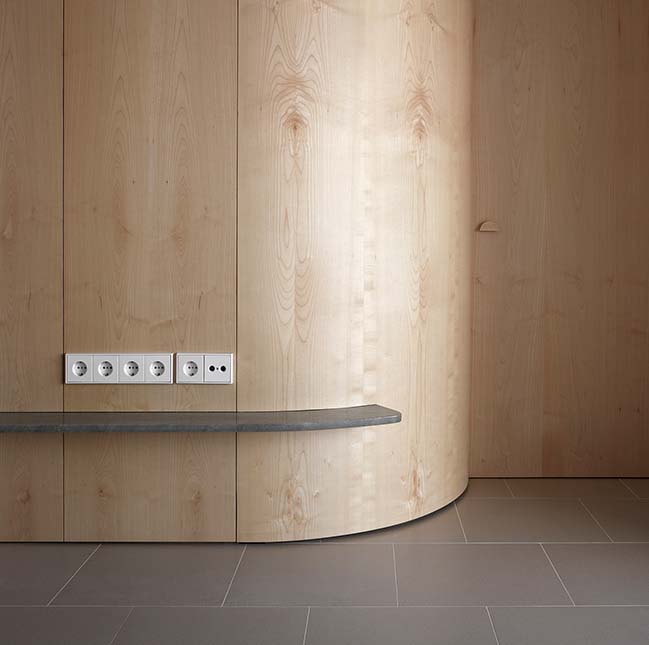 The goal had then become to meet all the needs intended by the user but with many fewer elements and with all of them coordinated with each other in order to alleviate the spatial sensation and rediscover the sea, until now hidden. In a proposal where the key is defined in establishing the minimum elements with their maximum use and meaning, it is fundamental to reflect on each of the decisions, both metric and material. 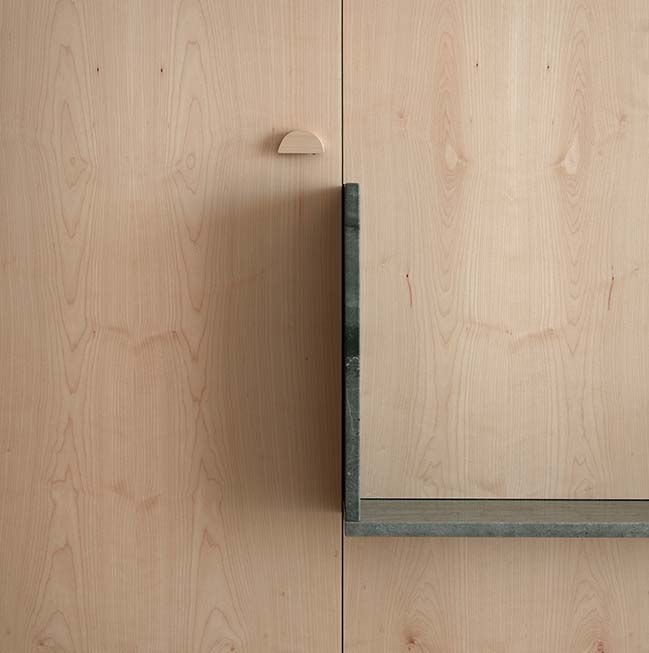 A small surface project where decisions and details multiply. To work with all these premises, the research focuses on the disposition of the elements, their geometry and their materiality. As for the elements, the concept of partition walls disappears to solve the entire space with pieces of furniture only. On its geometry, the curve defines the character of the elements, building continuities instead of limits and defining movement and fluidity instead of pauses and edges. 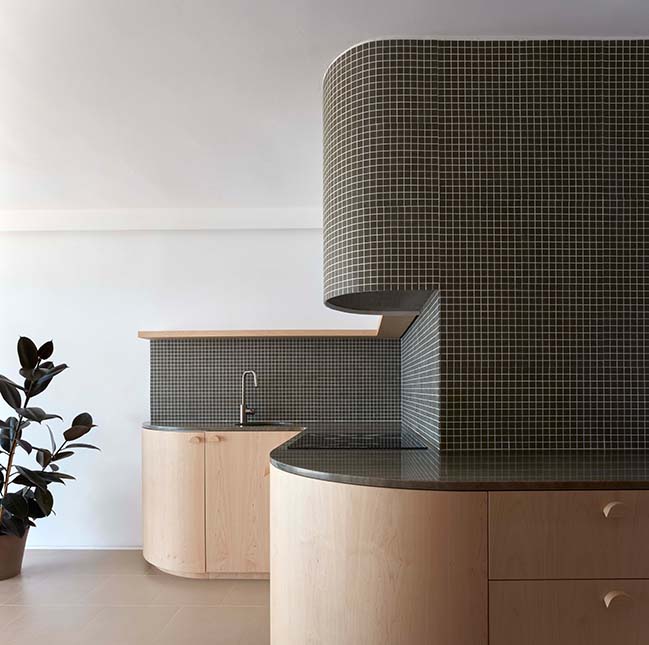 With regard to materiality, maple wood is responsible for building these elements that, in addition to making spaces independent, are not only limits but also use, housing them all the necessary storage and kitchen equipment. Along with the maple wood, the natural stone and a cutting of continuous tiling just dressed the space giving it a unique character. 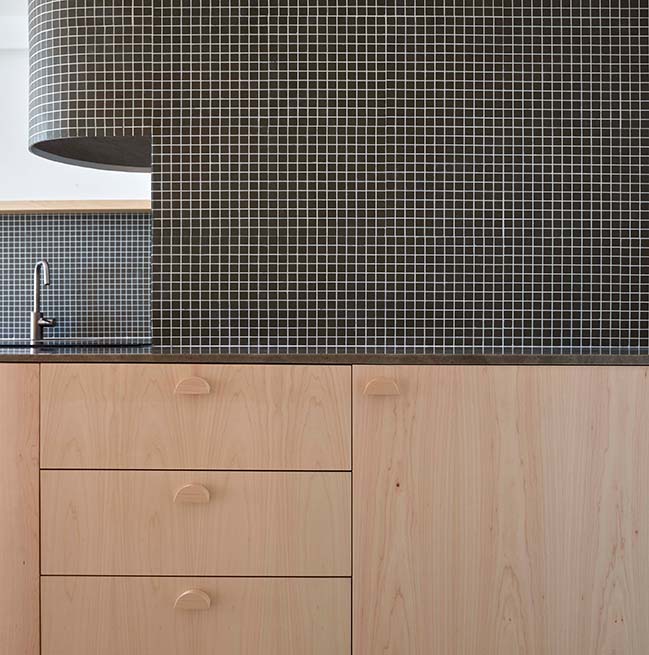 The global space, which revolves around a central element, understands the use of the terrace as one more space in the whole, not so much as an external element but as one more in the complete project journey. In short, it is a set of 45 square meters rethought to be lived together or independently, by a user or by several, but always from the simplicity of the elements and the continuity and quality of them. A place where the main protagonist must remain the sea. 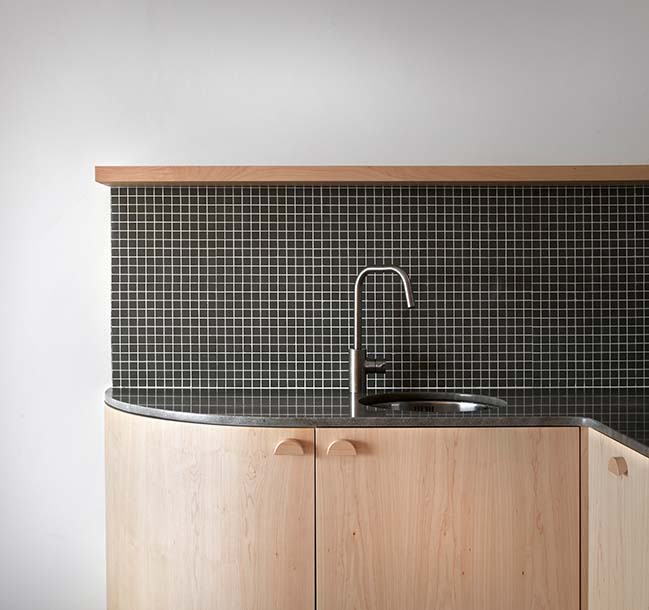 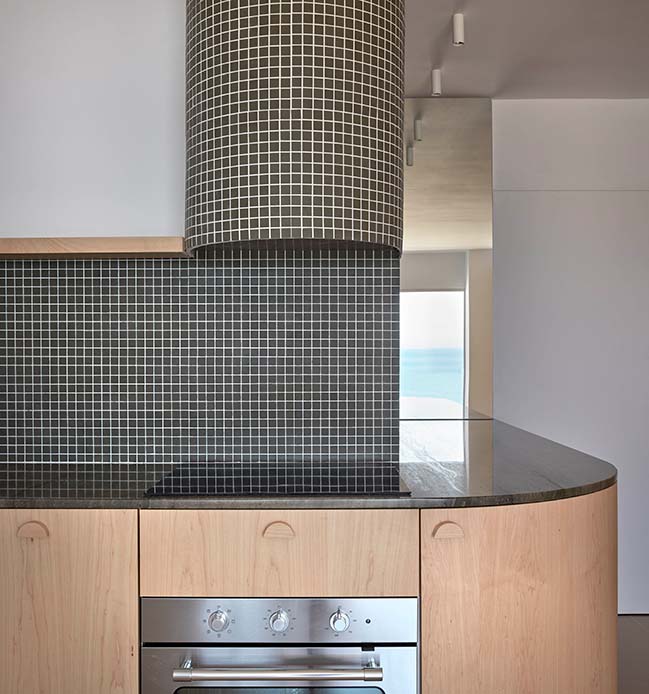 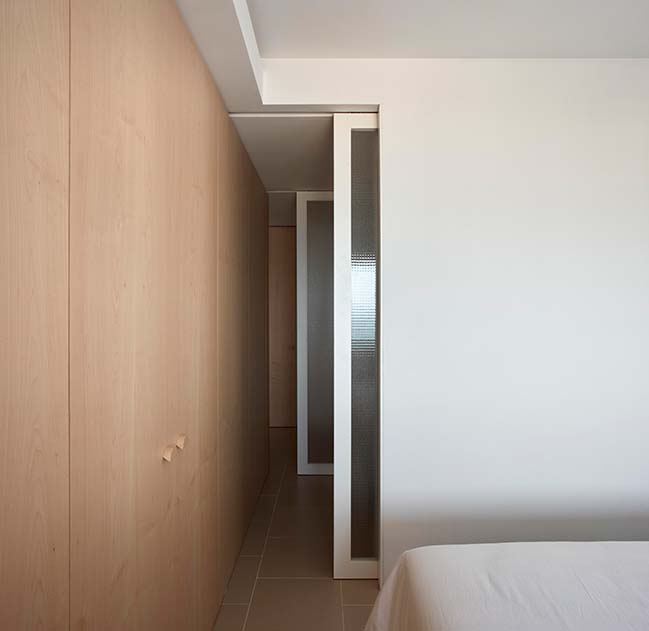 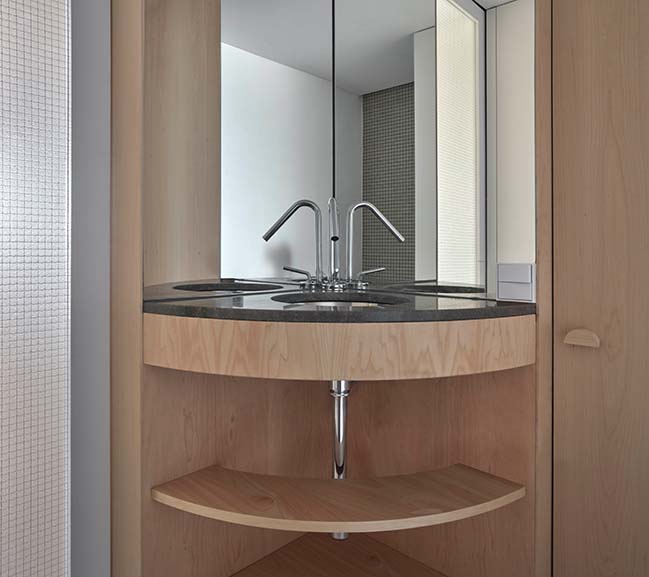 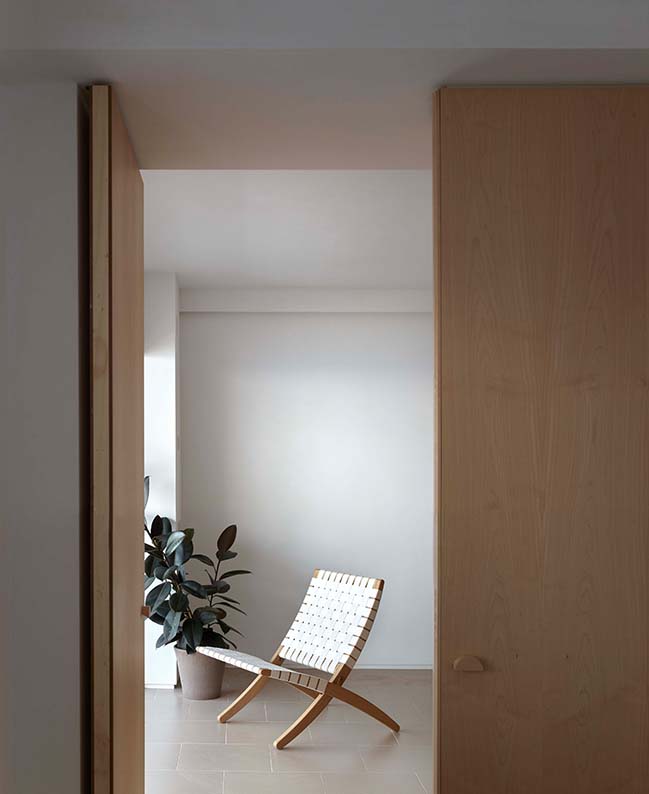 11 / 07 / 2018 Summer holidays, this is the main will of the project. The proposal was born with the intention of reforming an old apartment to turn it into a contemporary refuge... 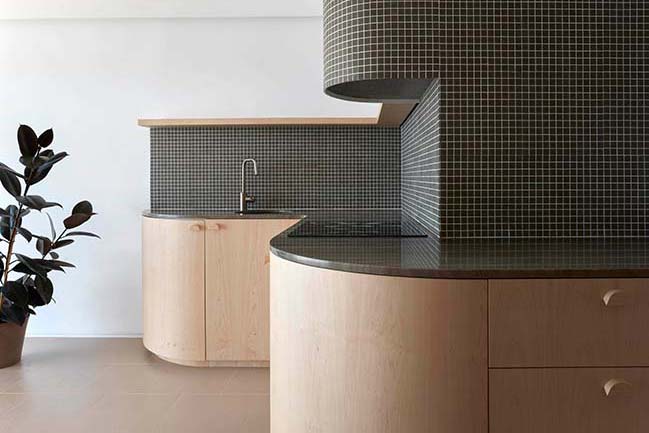