This modern house was renovated by Diaz Paunetto Arquitectos for a family of 4 members in Puerto Rico. The project's concept is focused in opening the interior and exterior publich spaces with an artistic steel screen on the front of the house. 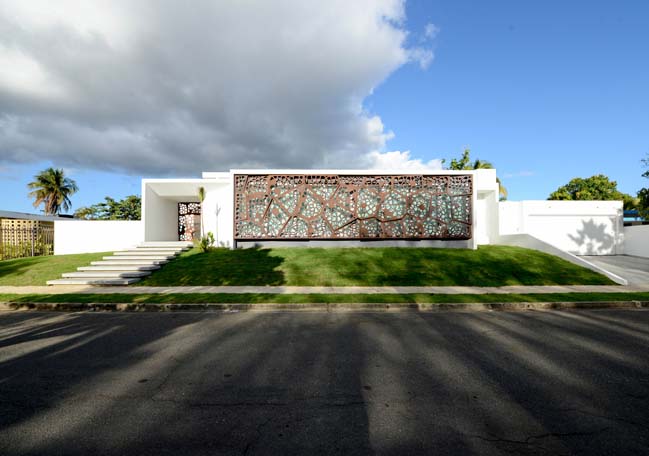 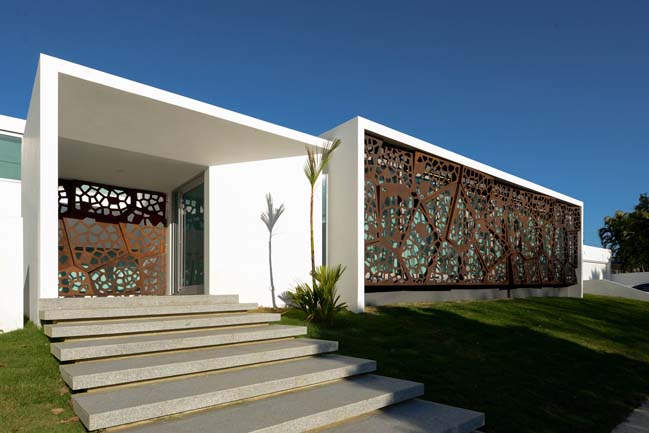 Follow the architects: The site of approximately 1,270 m2 is located on the highest point of the street of a well-known suburban housing development in San Juan. On clear days, part of the city is visible from the second floor on the east side of the house. 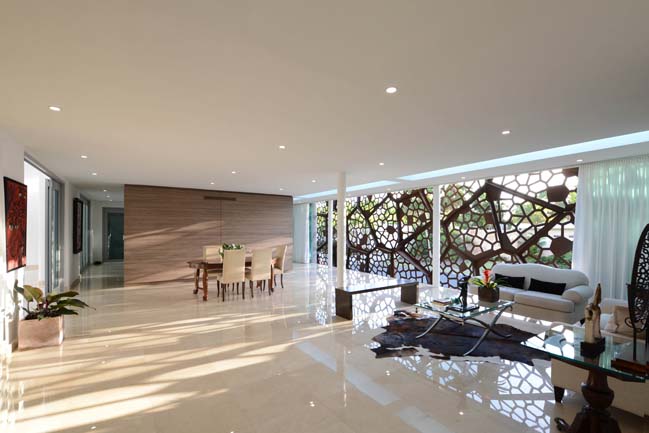 Our arrival to the project was given under atypical circumstances. The previous architect that was working on the design of the house had passed away and the contractor was fired from the project after the completion of the pool and pool house. We were asked to evaluate the work built so far and to proceed with the redesign of the terrace, reconsider the relationship between the master bedroom with the exterior, and redefine the front of the house in a more distinctive manner. Once the design was completed the client hired a new contractor with the required knowledge and capacity to finish the first phase of the project. 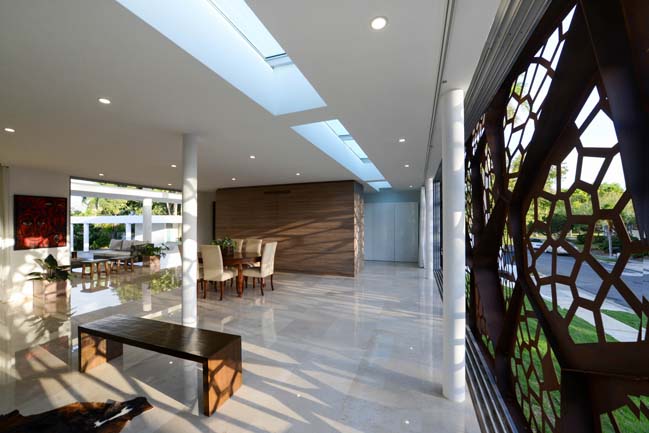 Some of the objectives in this project included taking advantage of the topography, responding to existing views, and maximizing natural ventilation and light. We proceeded to expand and open the public areas to the west facing the street, which allowed us created a new image for the house and a more continuous and ample space, as well as establishing a better connection between the interior and exterior spaces of the house. Having the main facade facing west, we decided to turn the problem of direct afternoon sun heat and light into an opportunity to create an element that gave a distinctive character and a new identity to the residence. In this sense, we proceeded to create what could be perceived as a sculptural relief made of a long-lasting material that could serve as a sunscreen and to give privacy. This sunscreen creates a play of light and shadows in the interior, which helps define the spaces through the constant light changes and projections. The cellular sunscreen, contextualized in reference to the client's medical profession, created an organic array made of weathering (corten) steel which generates a tridimensional pattern. Although initially design by hand with an intuitive cellular pattern, we drew upon parametric programming technology that helped us develop the precision needed to be laser cut at a metal workshop and accuracy needed during the on-site assembly. 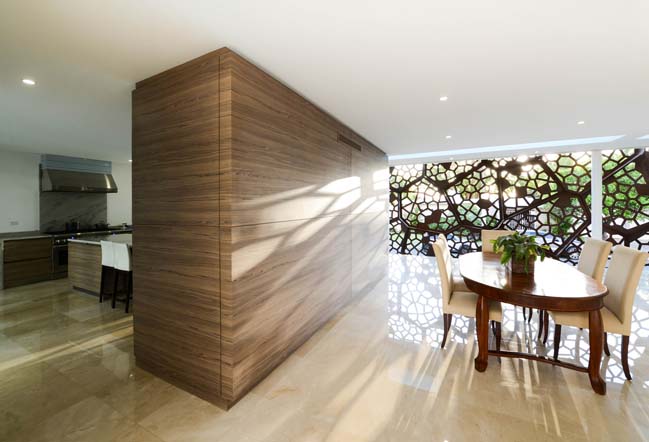 The concept for the remodeling and expansion of this residence focused in opening the interior and exterior public spaces by creating a floor plan that allowed for a more fluid movement through the space, better illumination and spatial amplitude. The design's formal expression uses a contemporary vocabulary made up of simple lines and forms, in an effort to establish a better relationship between the original structure, what our colleague left us, and our new design, as well as to achieve a more cohesive reading of the structure. We continued the use of concrete as the main construction material and the white color present in the original structure, which along with glass and weathering (corten) steel dominate the architectural language. 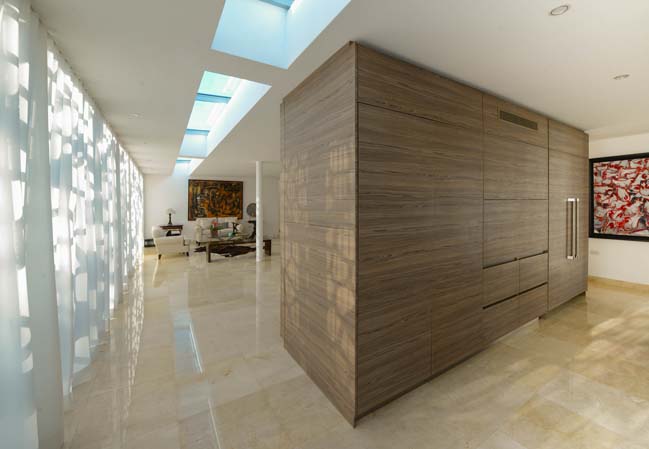 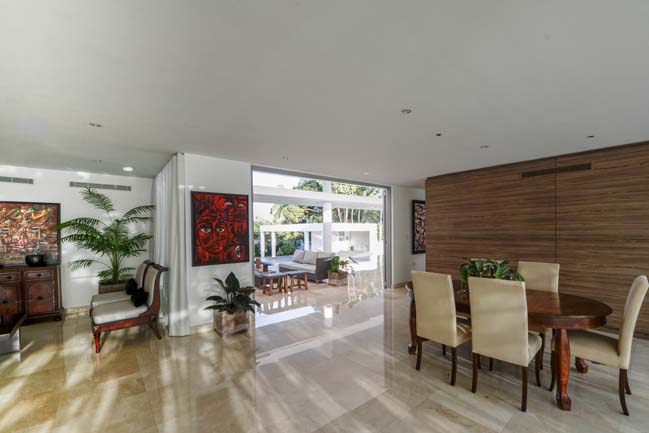 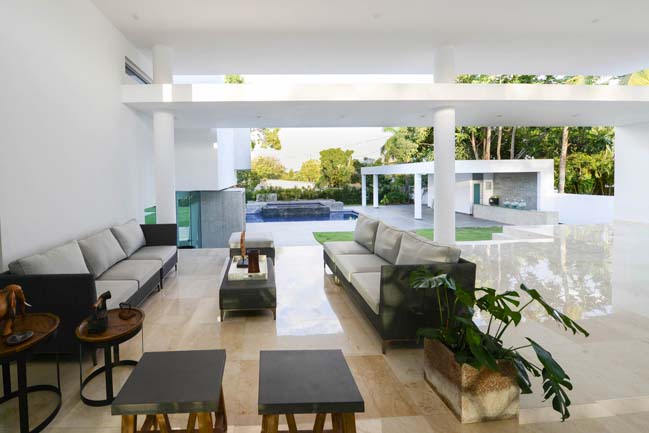 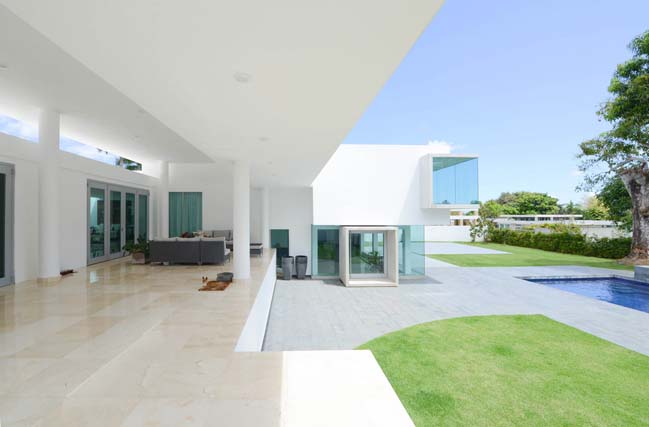 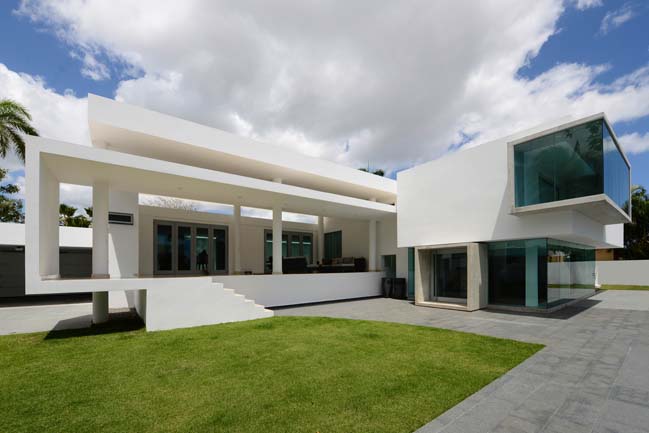 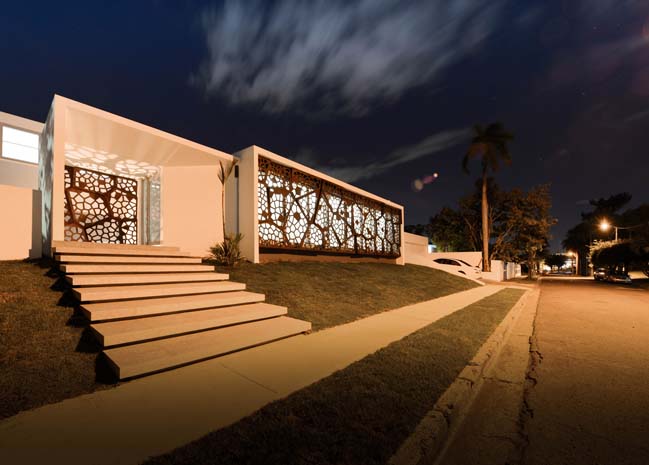 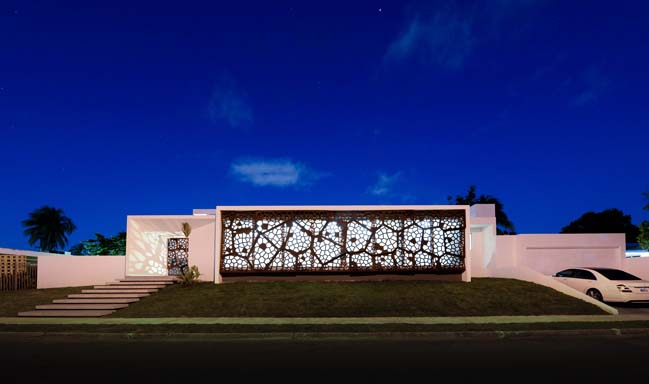 06 / 18 / 2016 This modern house was renovated by Diaz Paunetto Arquitectos for a family of 4 members in Puerto Rico. The project's concept is focused in opening the interior and exterior...