The house is located in Campolivar, Godella, it is a large house on a plot of more than 2000 m2 that includes the most notable features of Perretta Arquitectura, large horizontal planes of concrete that float between glass panels that enclose the interiors spaces. 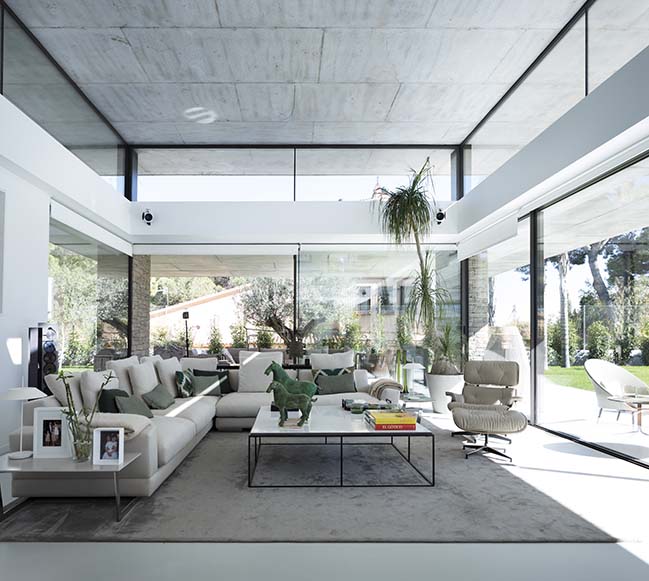 From the architect: The house, which occupies a plant of 600 m2 between ground floor and first floor, is organized through a geometry based on the sum of two figures, the "I" and the "L", the first, developed on two floors, contains the night area, with the suite below, three bedrooms on the top floor and the guest room. The figure in L corresponds to the day area with the living room and kitchen. Both figures are joined by a bridge volume that includes the entrance hall and the staircase on the ground floor and a study area for children on the first floor. 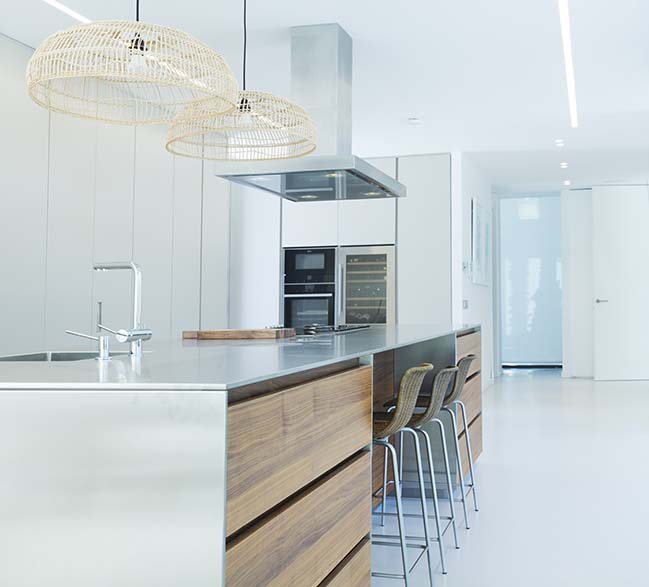 The volume corresponding to the room generates a series of cascaded spaces formed by a concatenation of structural sheets that define the final image of the volume. 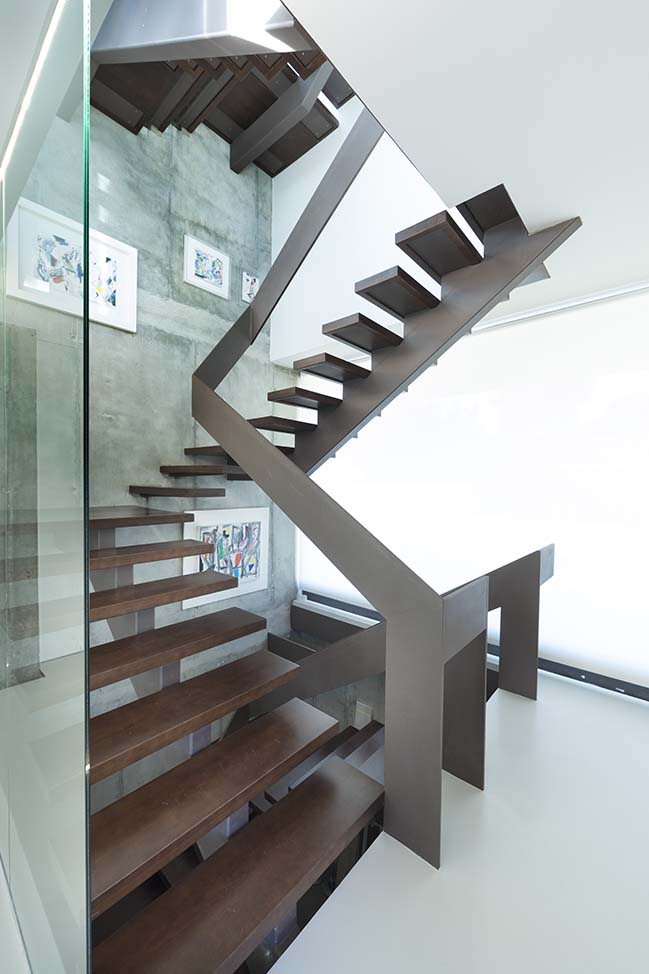 The kitchen is designed to be the place where daily life develops, it is placed at one end of the L, displaced from the rest of the rooms and is totally turned over to the garden, directly connected to the covered terraces, the barbecue and the swimming pool. 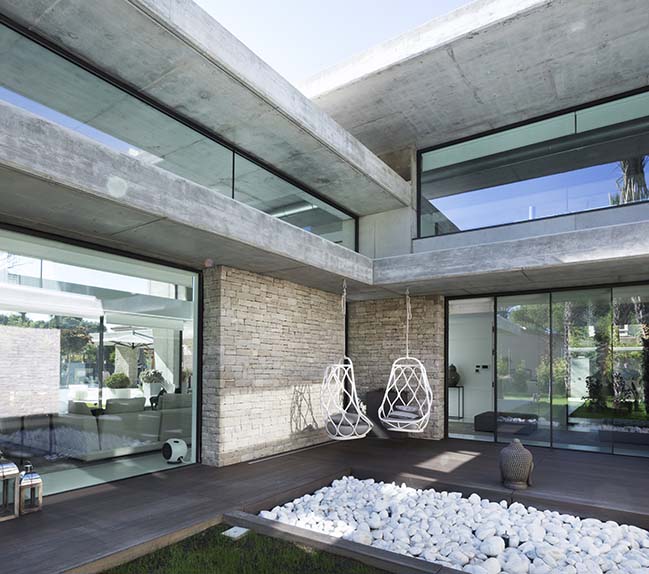 The large basement opens onto an English patio where part of the foundations of the old Roman irrigation ditch that passed through the area has been recovered.

The house is a set of horizontal and vertical concrete planes that breaks with the dominant aesthetic in the area since it is located among villas of more than 100 years in the oldest area of Campolivar. This uniqueness has become the hallmark of the Perretta architectural firm. 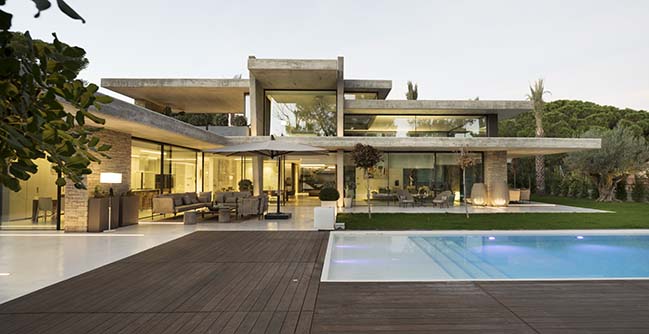 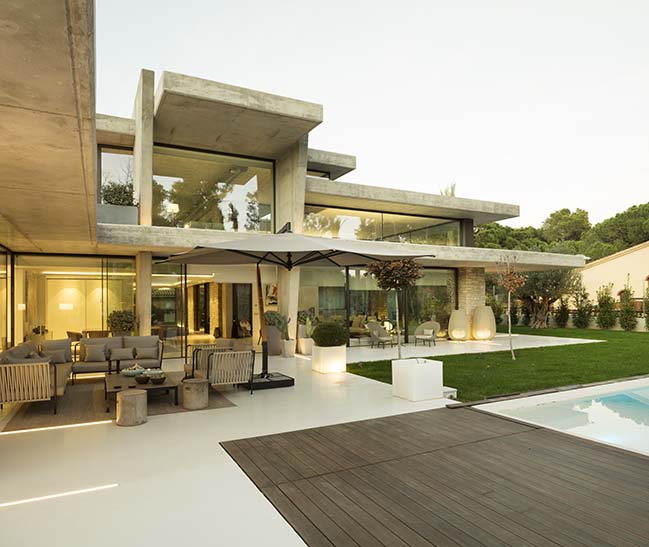 04 / 18 / 2018 The house is located in Campolivar, Godella, it is a large house on a plot of more than 2000 m2 that includes the most notable features of Perretta Arquitectura 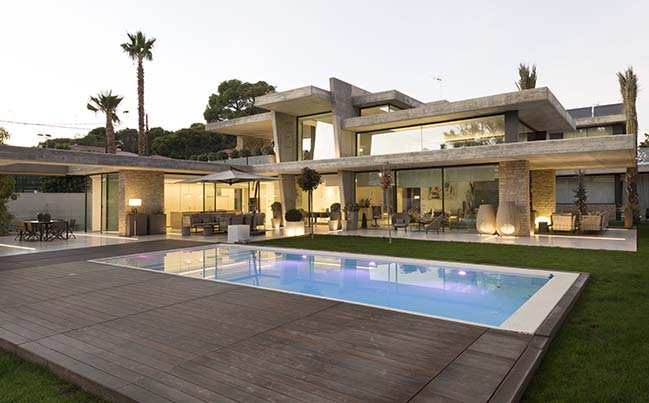