Gomati is a luxury villa in India that was designed by SPASM to create a dream house which living spaces and surrounding natural landscapes are connected perfectly. 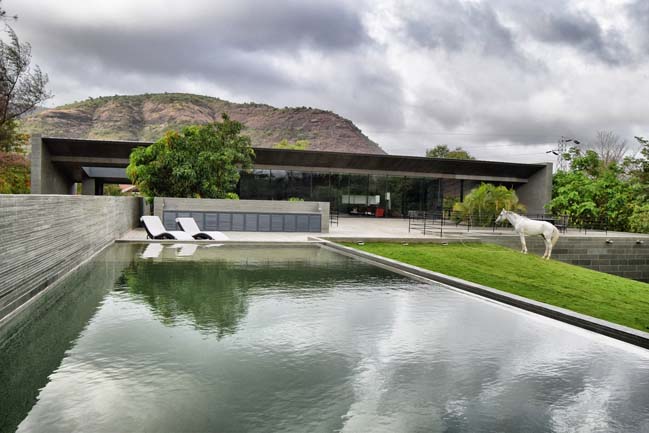 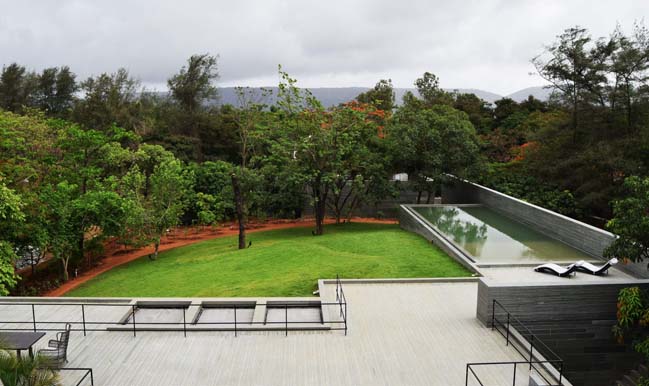 Project's description: The villa has a rather peculiar story. Spasm was commissioned to demolish an existing structure, which was deemed structurally unfit for occupation, and build a new home on the same site. An in depth study, prompted us to reimagine the idea of occupying the site. 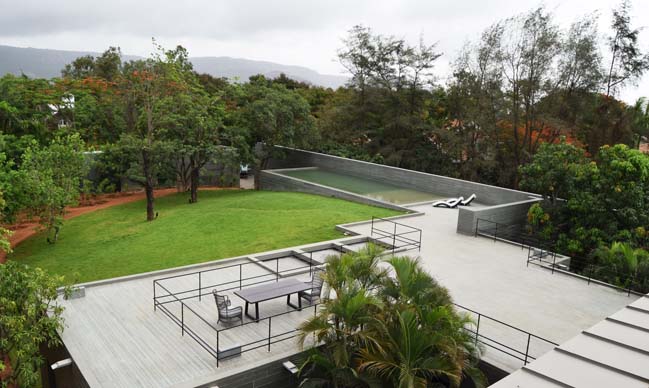 Many radical strategies were adopted. Retaining and recycling the debris of the demolished building as a mound. The sleeping spaces as an introverted assembly around existing trees on the ground level, where one descends into the coolness and comfort of the earth.The main pavilion-esque living space on the upper faces the north, overlooking the mature trees which stood on site. The pool sits at the upper level terrace and seems to rise out of the mound.

The house has been imagined in Blue Gray Kotah, an Indian stone which forms the main substance of the expression. The naturalness, monolithic quality, cost, availability in different formats, and wear-worthiness of the stone led to its choice as the best defense against the harsh humidity and fierce rain that affects this region. Kotah stone is used in several forms, from fine chips, to strips, to slabs, to solid cove cut skirtings. The bath spaces are finished in white Indian Bhanswara marble. 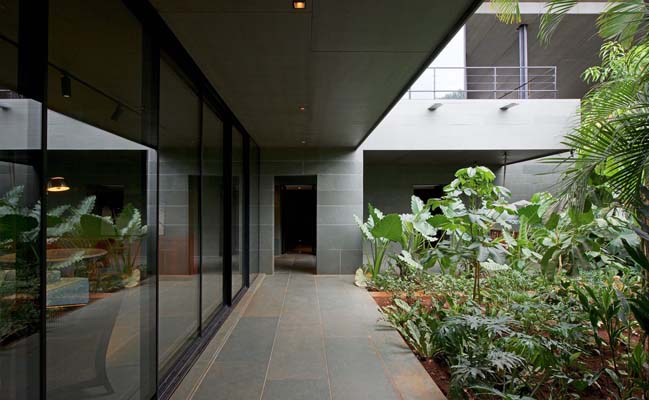 The spatial construct makes the occupation of this home about the elements. The changes in light intensity are palpable, as is the mood of the rain whether gentle or violently loud. We hope we have delivered the vessel for the family to live a life under the skies, a place to enjoy the rain, wet breezes, encounter rare bugs , a place to grab the dew laden cool grass between their toes. Gomati, is what this home is called lovingly in the memory of the client’s mother. 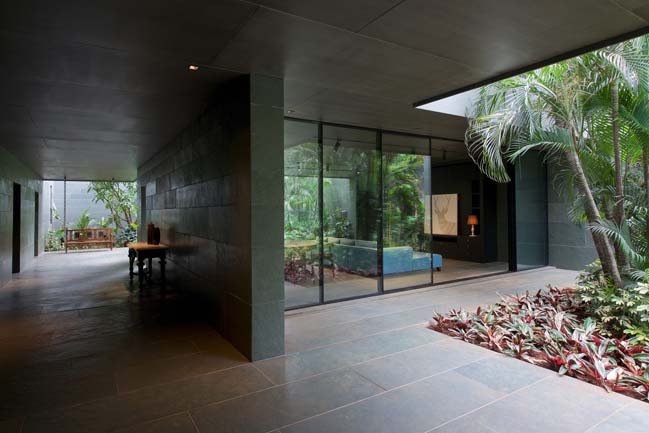 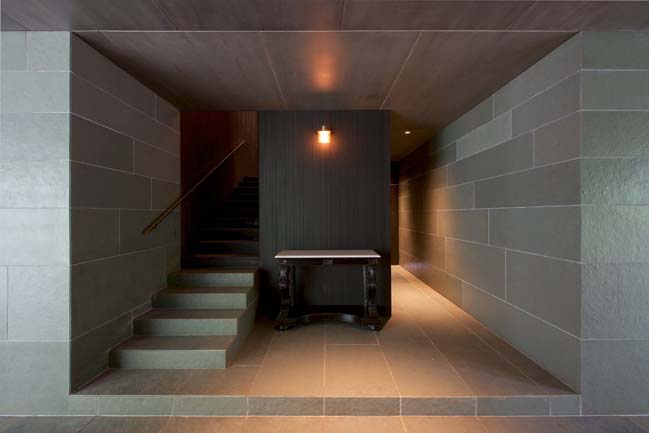 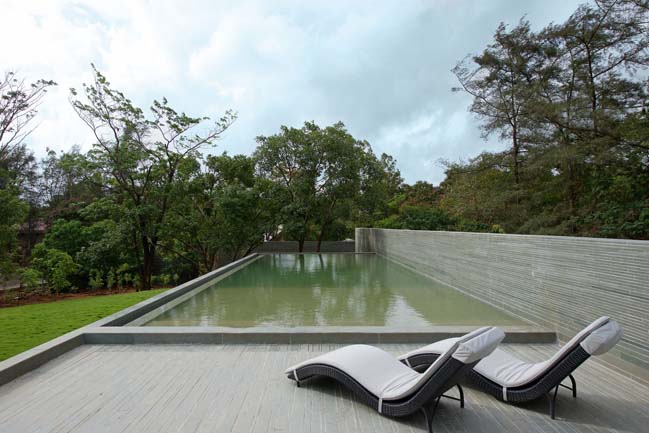 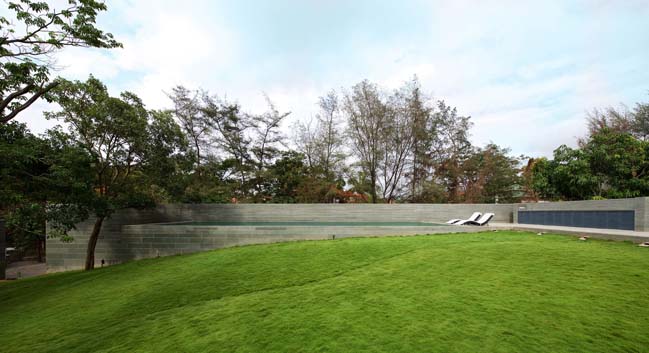 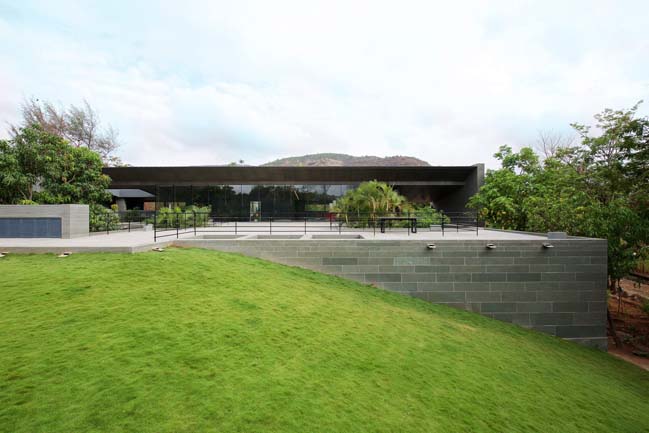 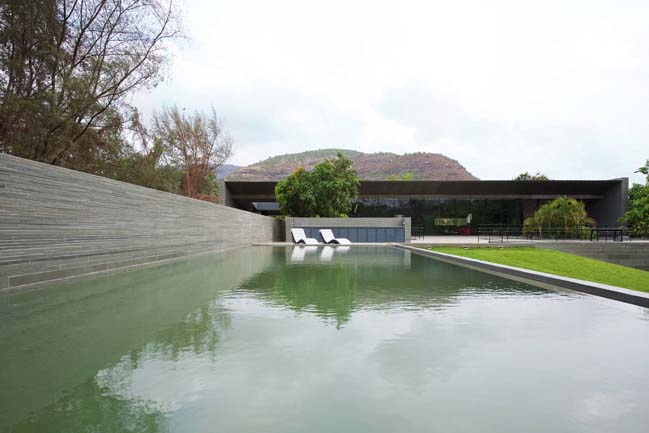 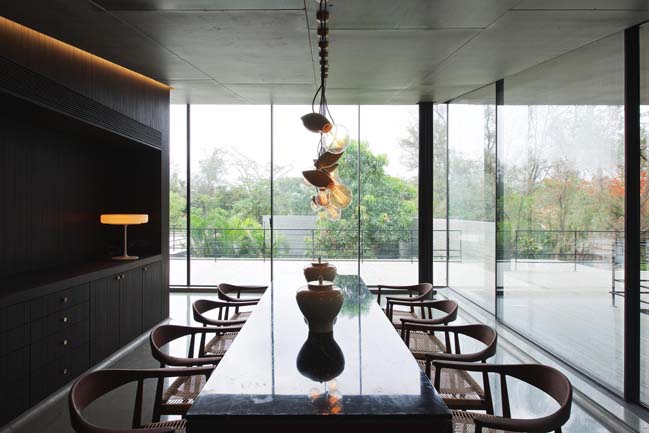 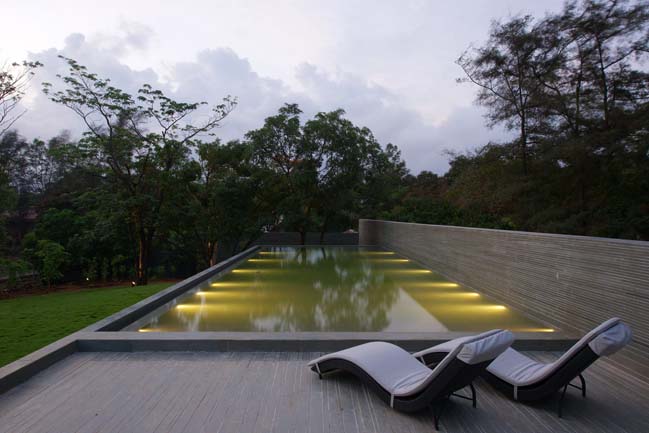 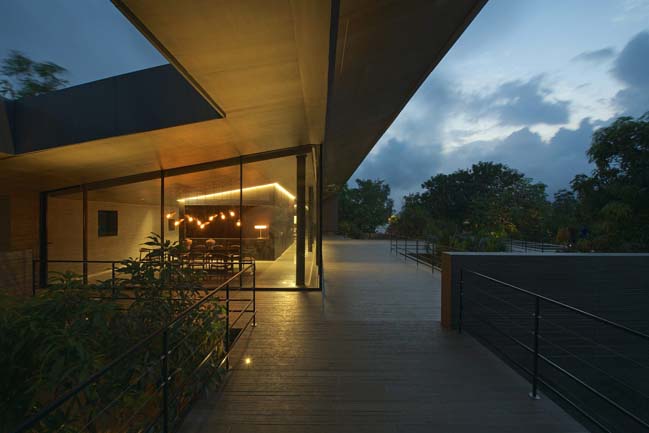 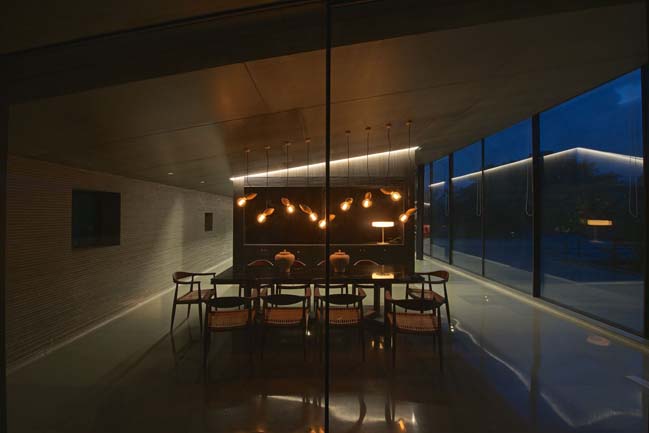 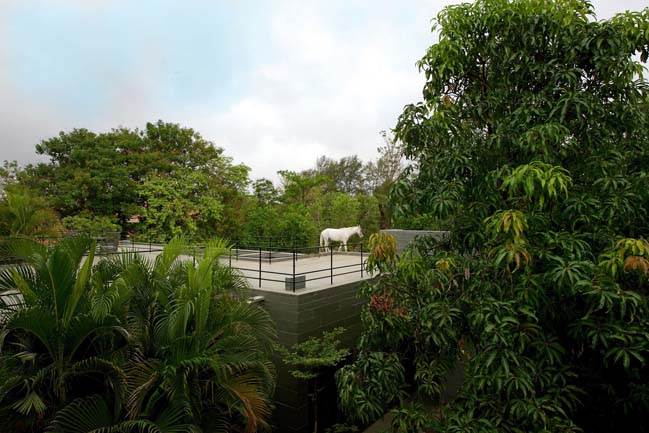 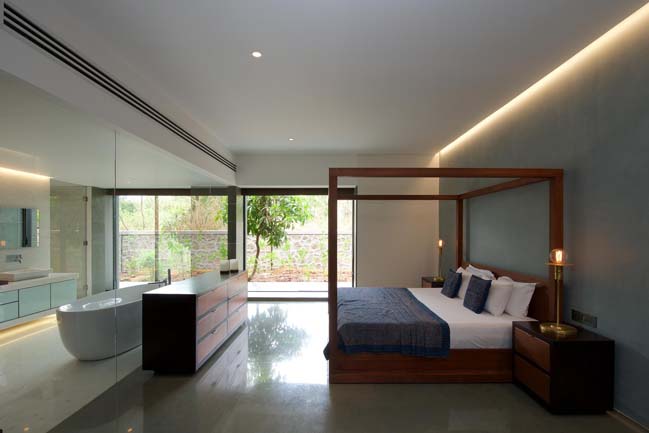 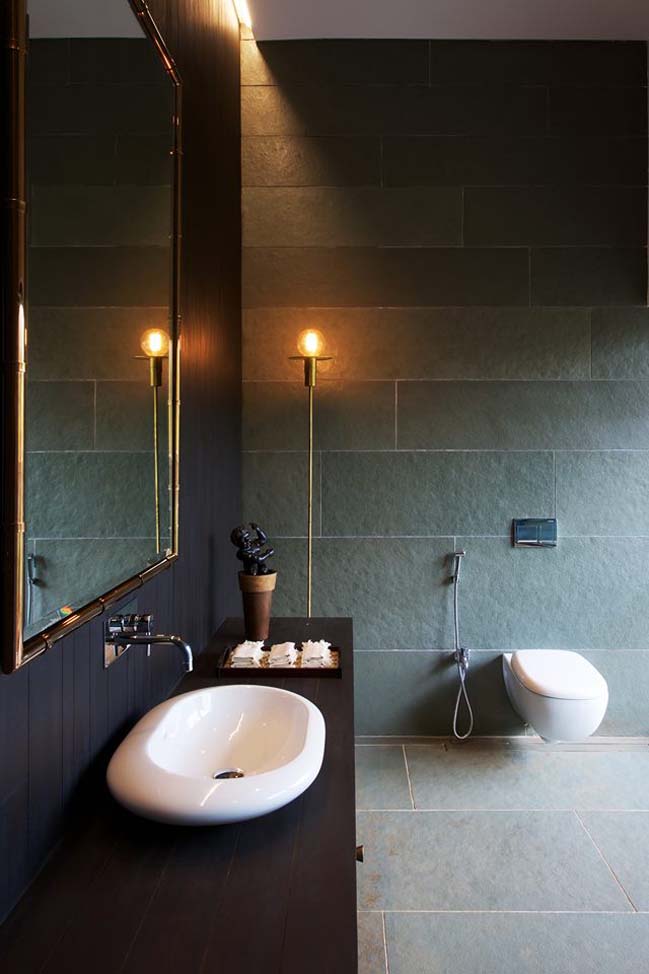 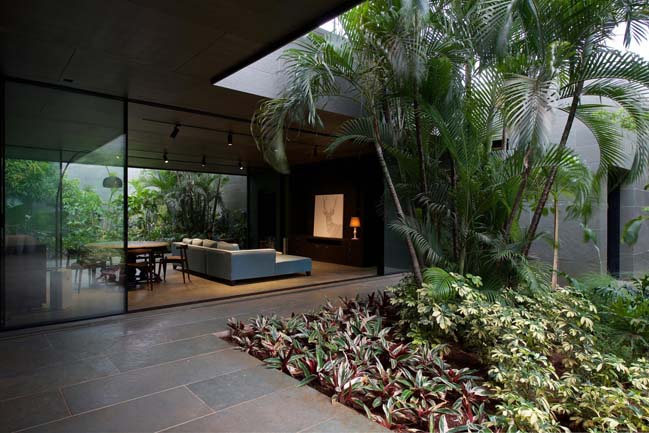 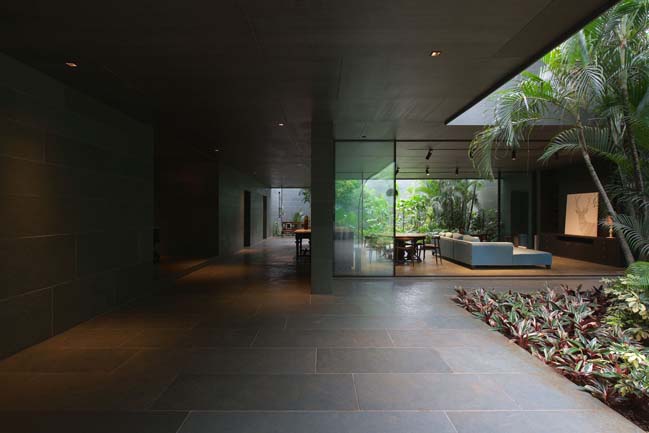 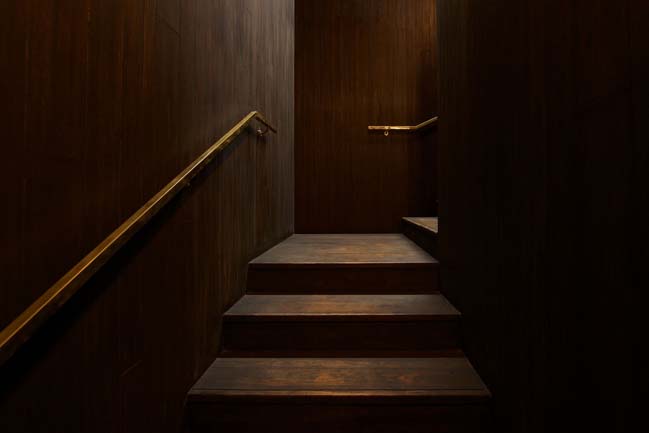 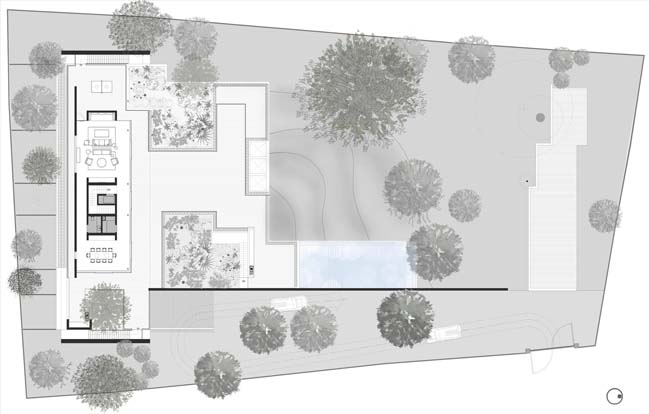 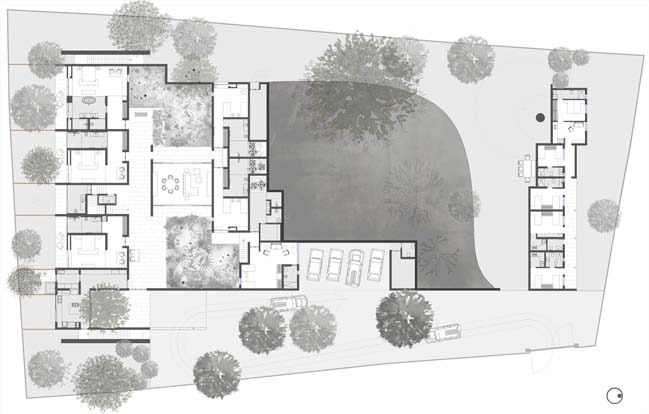