The project of the house was born after a laborious and methodical approach, in which the clients organized a competition with 7 architectural offices, less characteristic for an investment of such level. 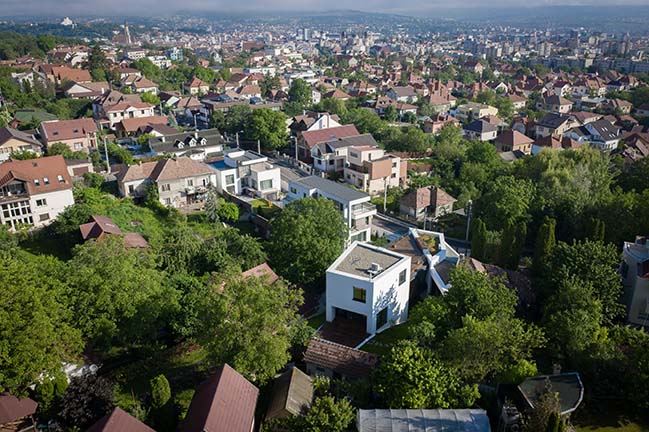 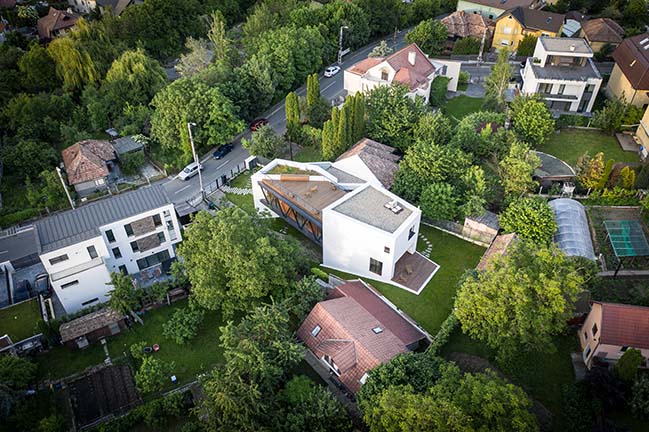 From the architect: After choosing the company with which they will collaborate, the design process continued with many variants and discussions, which crystallized, on the one hand, their wishes - a home with a distinct image but without displaying it ostentatiously, with spaces that totalized to a relatively big area for the existing land, but with the preservation of a generous courtyard area, and, on the other hand, ranking the elements of the context that will shape the volume and space. 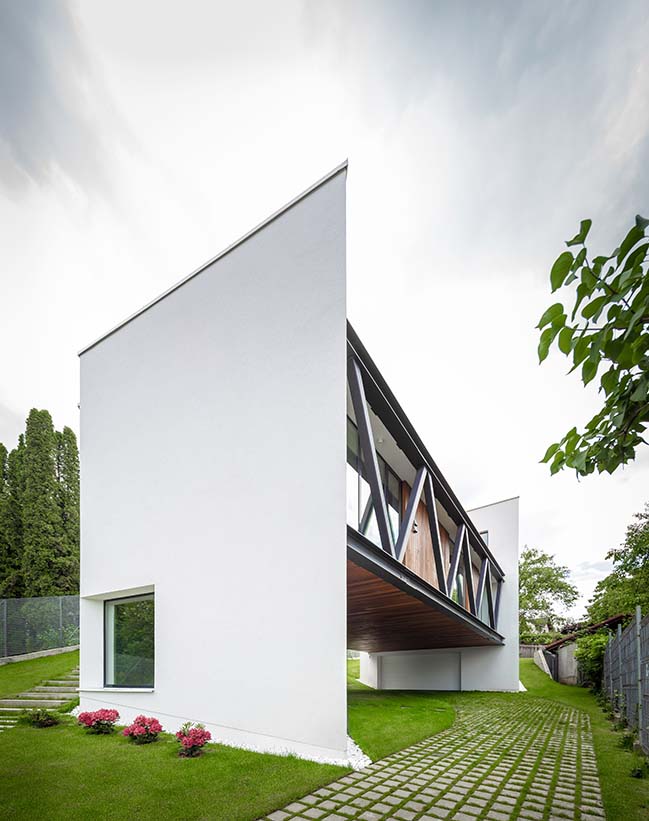 The slope of the land - about 4 m height, the 2 blind walls present on the limits of property, the perspective over the city, the cardinal orientation, all this led to a volume with the appearance of a bridge, under which the court can flow freely, generating different outdoor spaces, individually related to the inner functions. 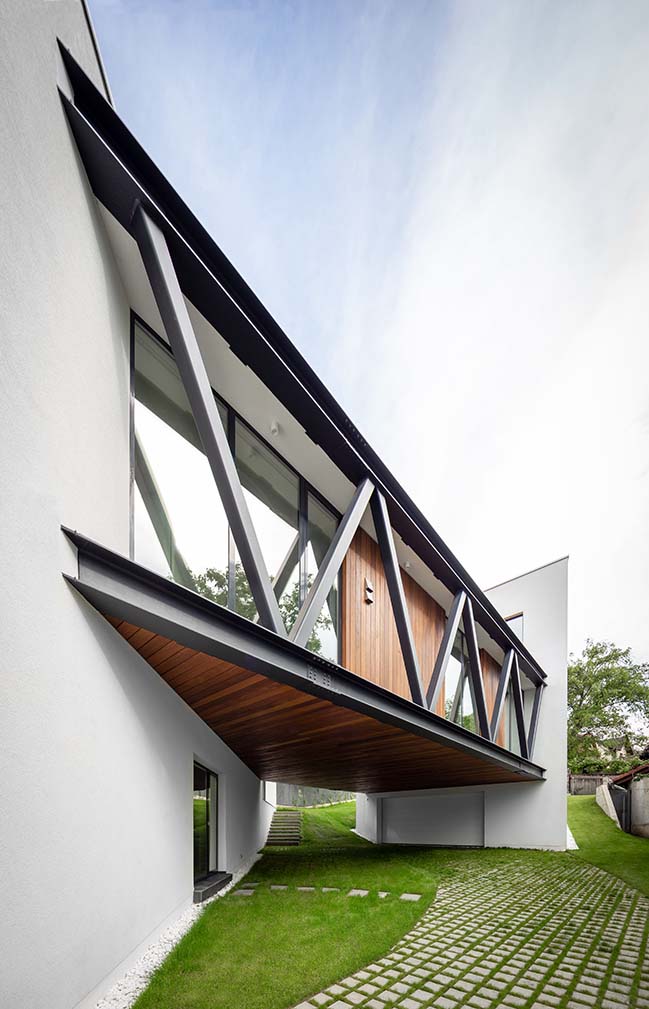 Thus, the outer space is gradually travelled, from the semi-public status of the front yard, to the semi-private area of ​​the area below the house and then to the private one of the eastern and southern courts, from the rear. 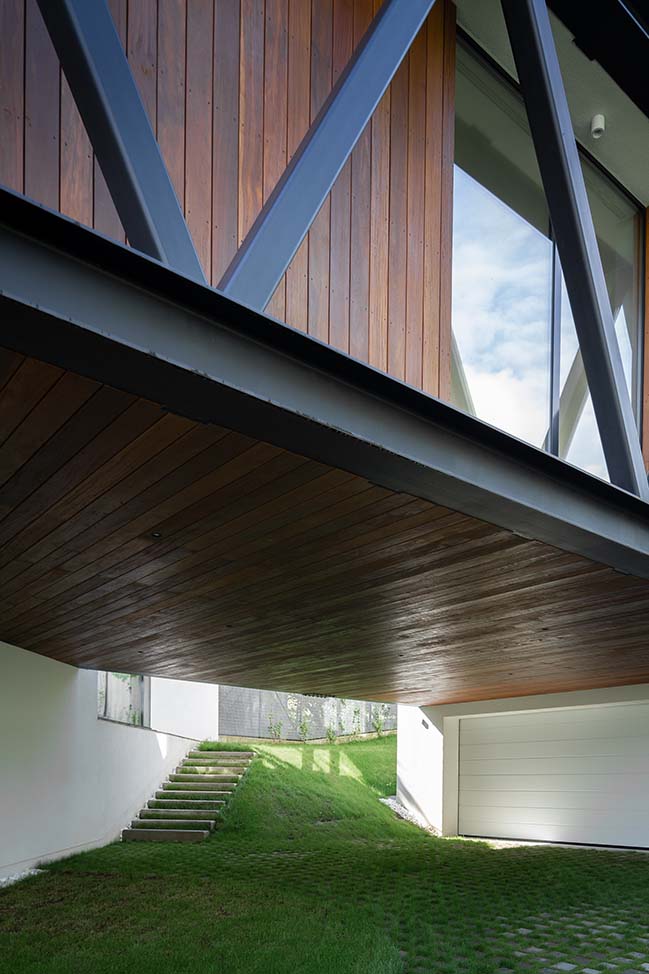 The volume is easily understood, with the 3 defining elements - the 2 concrete feet and the bridge with the structure of metal trusses with openings up to 15 m and large glass surfaces. The option for a "bridge" solution allowed, on the one hand, the generation of an exterior living room, covered and open, for hot or rainy days, the recovery of the yard under the habitable beam and , on the other, the birth of the "court" above the house, with perspective over the entire city freed by neighborhood constructions. 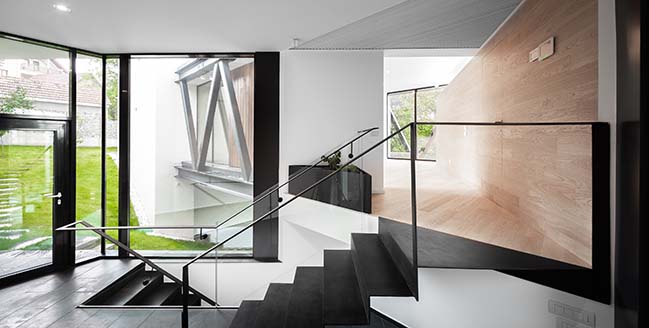 The direct relationship with the blind wall on the east side and the option  not to be very present in the street image led to the positioning of the construction retracted from the street, which allowed a variety of exterior spaces with different characters. 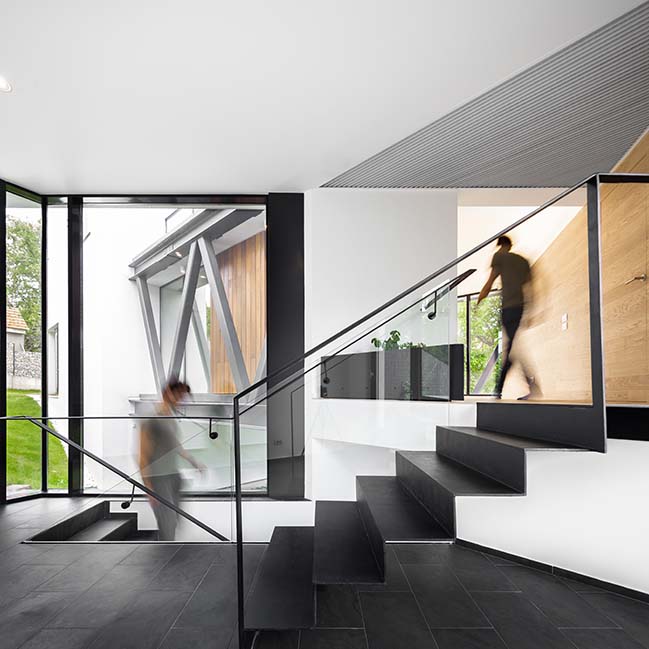 The back yard, facing south, is a continuation of the living space that occupies most of the "bridge" and the most private area of ​​the outer space. The landscape solution for thi part, that assumed the leveling of this area at its higher level, the relation with the blind wall from the western side was resolved, the yard reaching the level of the neighboring roof. 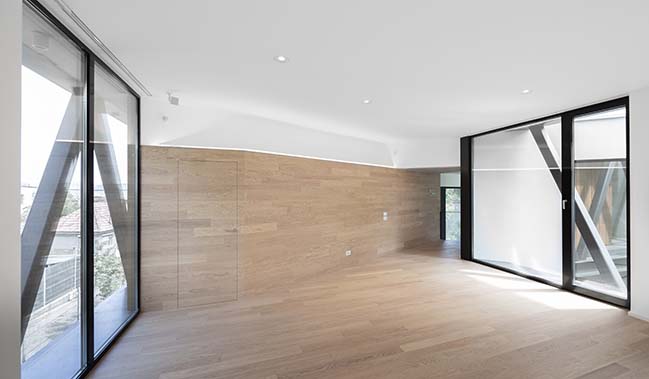 Inside, the functions are distributed according to the scenario proposed by the clients, with the night area separated into 2 parts by a fluid living space that opens through the generous windows to the outer space from the east, south and west. Transparent, open metal staircase connects this space to the terrace over the city. 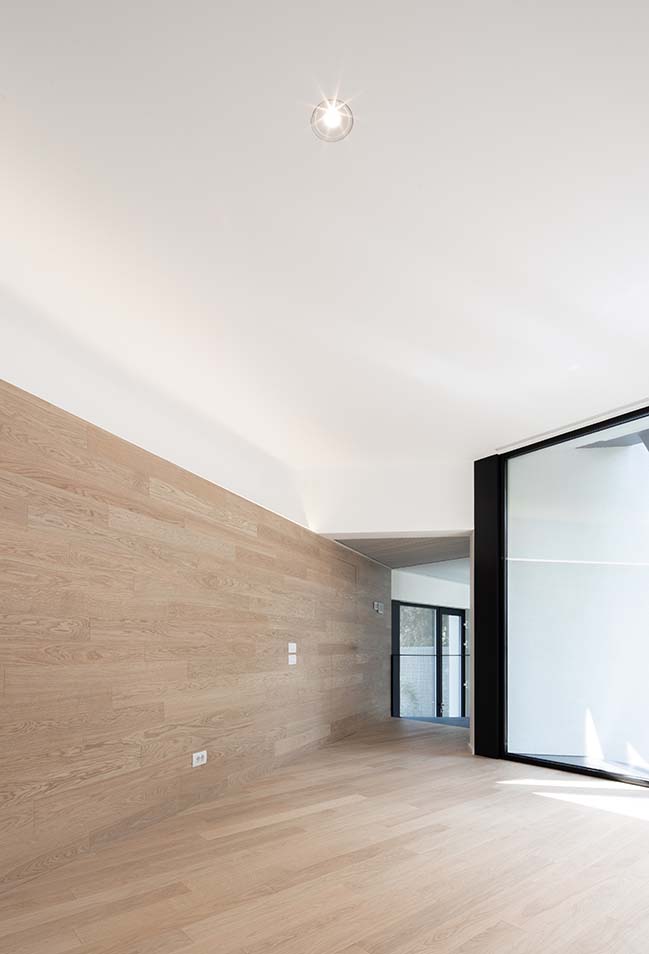 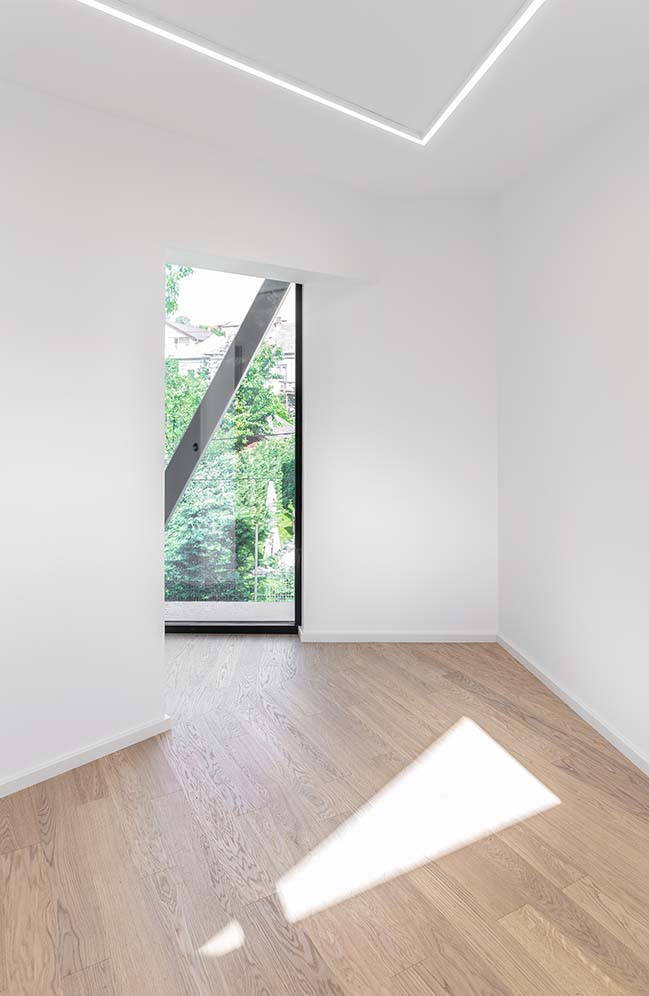 YOU MAY ALSO LIKE: Pink Drops: A Romantic Attic In Bucharest By Jooca Studio 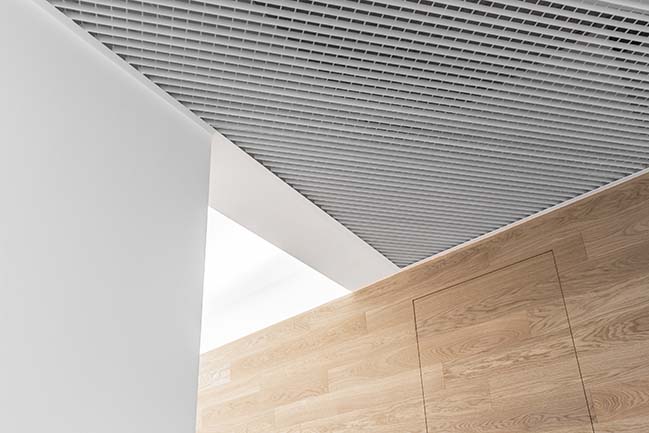 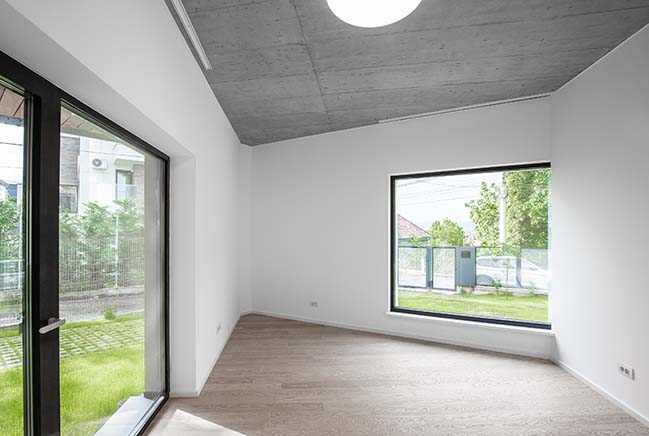 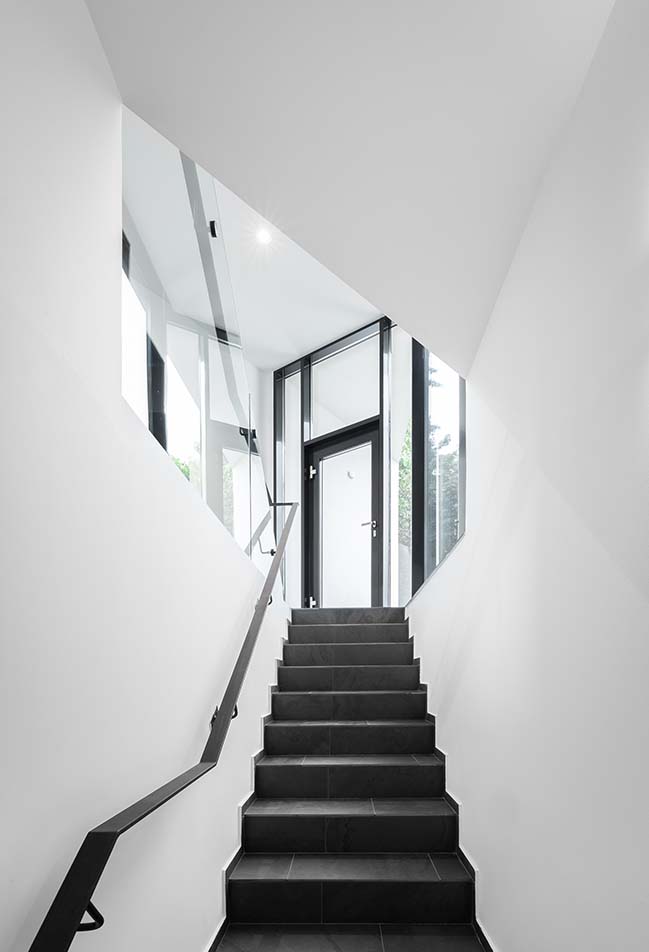 YOU MAY ALSO LIKE: Home For A Cinematographer By Parasite Studio 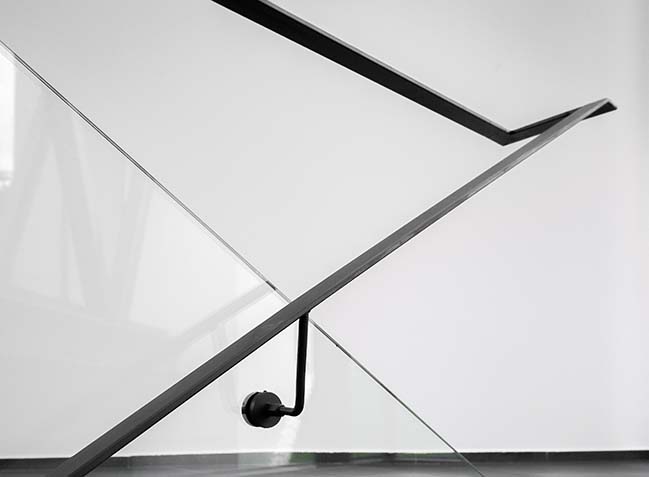 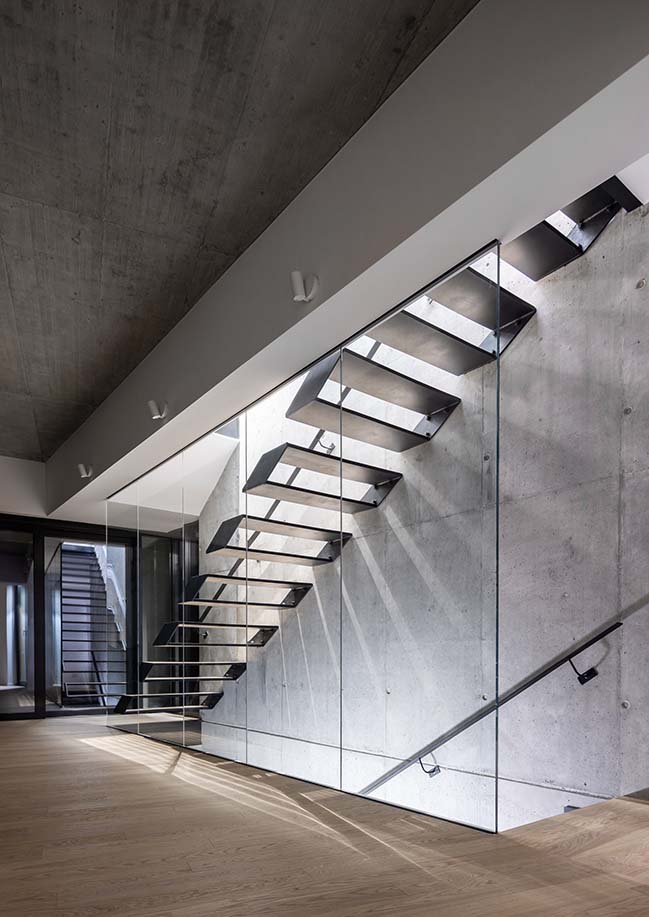 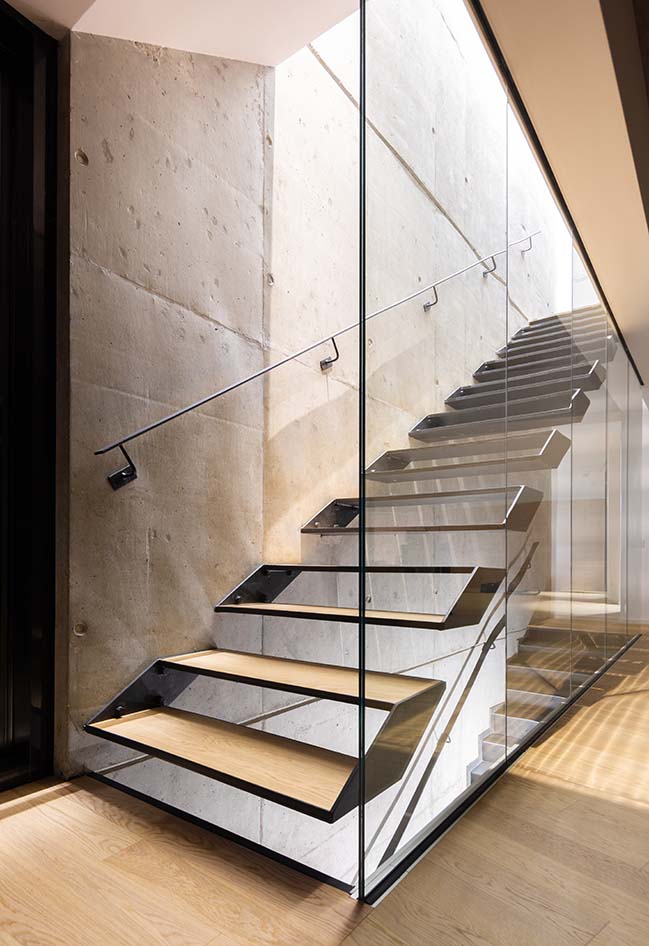 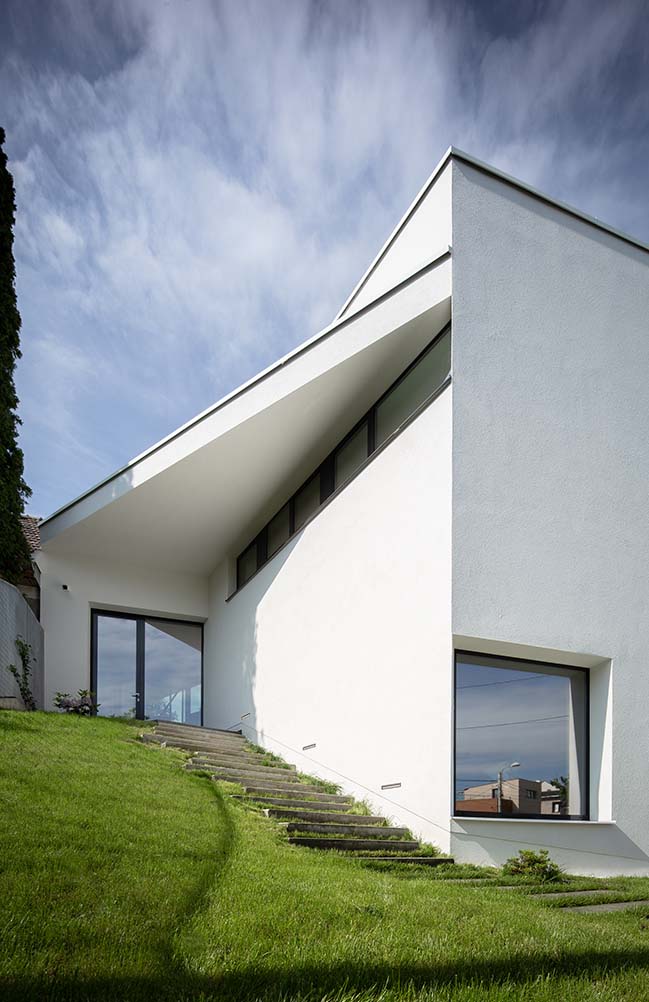 YOU MAY ALSO LIKE: E+E House By Ene+Ene Arhitectura 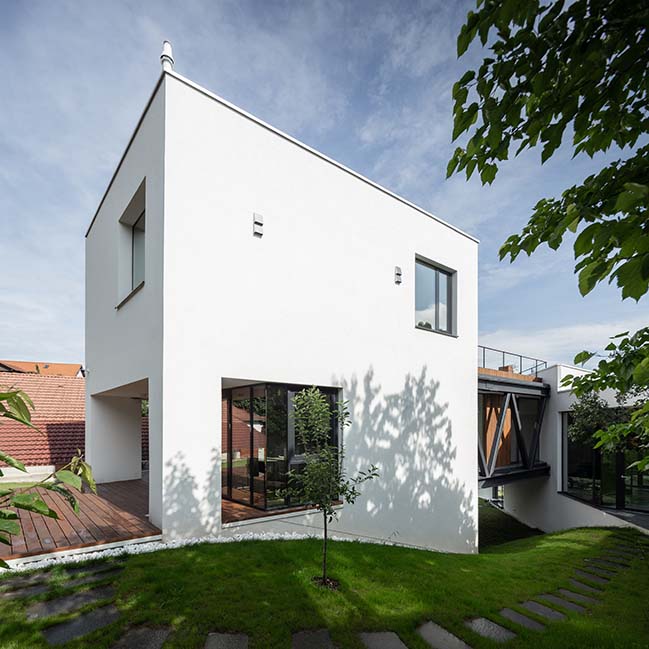 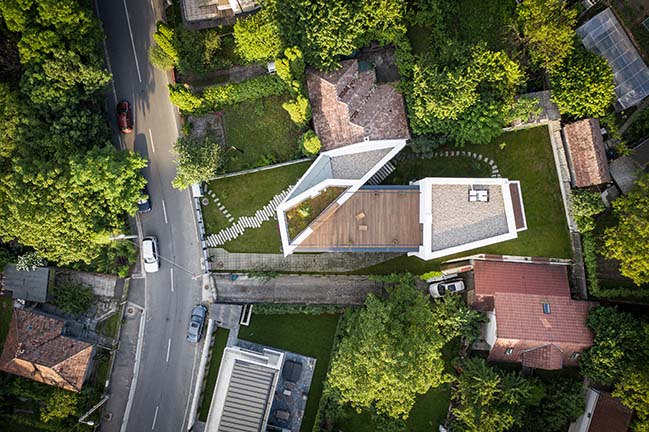 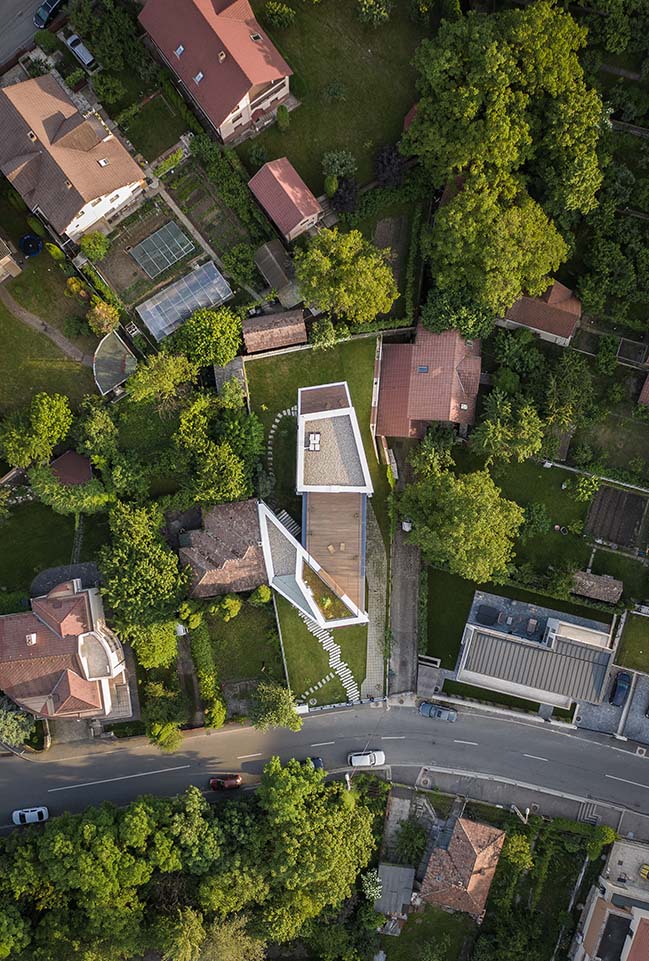 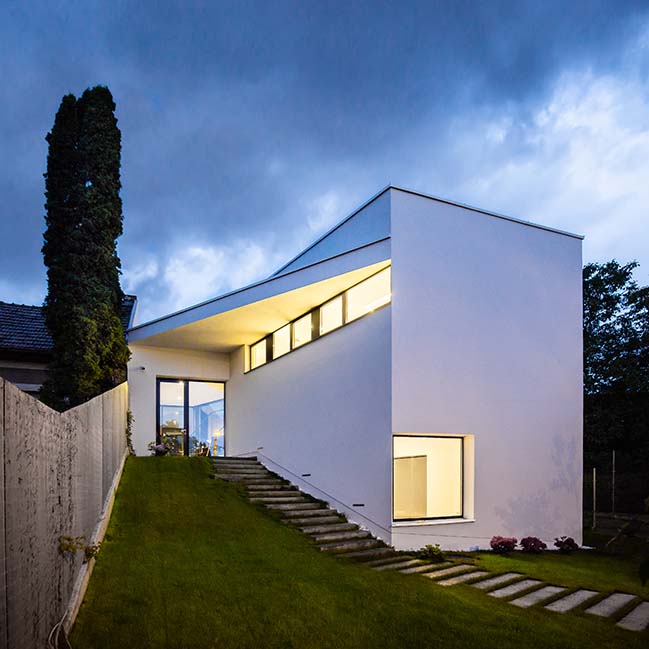 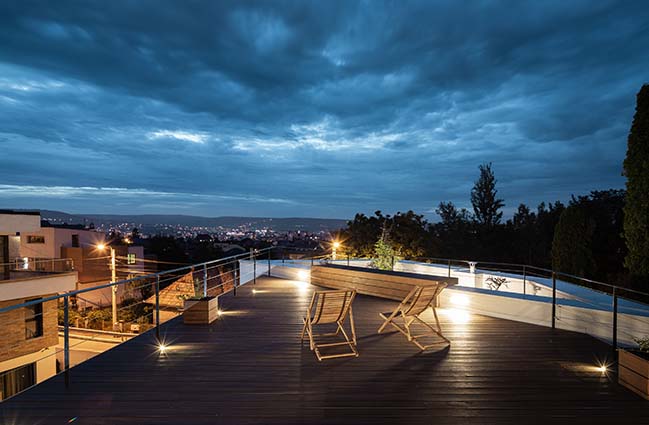 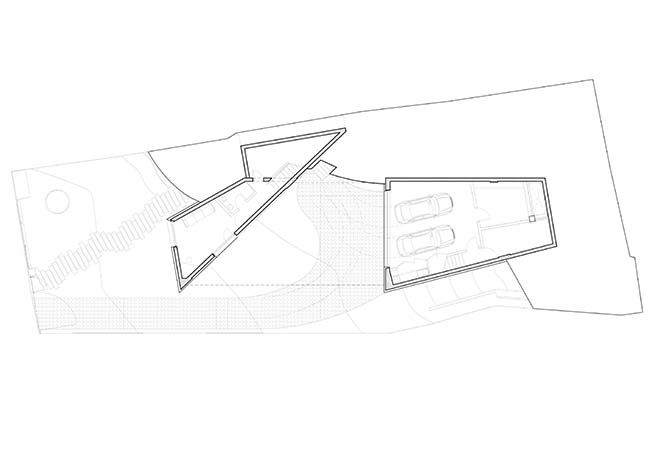 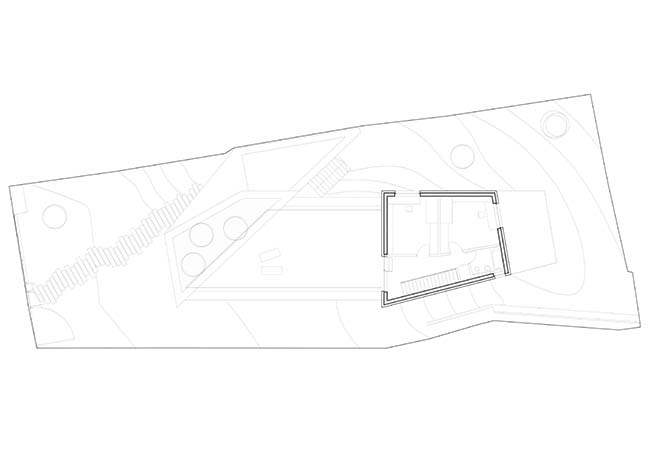 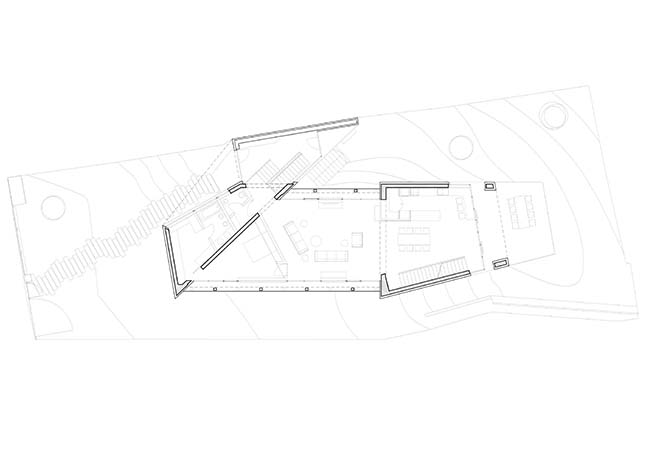 08 / 31 / 2019 The project of the house was born after a laborious and methodical approach, in which the clients organized a competition with 7 architectural offices...